From the tip of Baja California to the tectonic collision that gave birth to Mt. San Gorgonio and Mt. San Jacinto, the Peninsular Ranges provide some of the most startling contrasts and expansive views anywhere south of the Sierra Nevadas. This chain of ranges includes (from north to south) the San Jacinto, Santa Rosa, San Ysidro, Santa Ana, Palomar, Volcan, Cuyamaca, and Laguna Mountains. The contrasts and views present in these ranges are a product of their north to south alignments, which allows them to catch incoming Pacific Storms and milk them dry. On the west sides lay relatively verdant Riverside, Orange, and San Diego Counties and their millions of people. On the east sides are Southern California’s deserts, including the Coachella Valley and Anza-Borrego Desert. The Laguna Mountains, a relatively dry range east of the Cuyamacas, offers a fine example of the stark contrasts present in this long line of mountains. 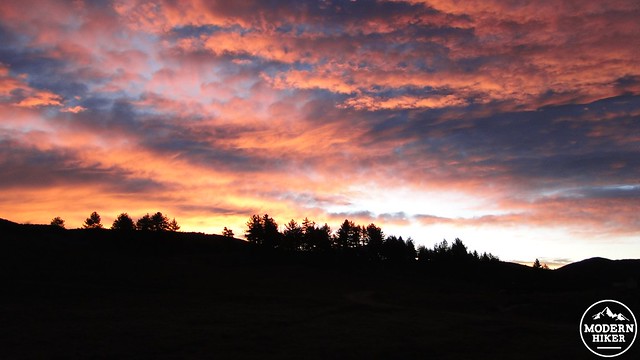 The Big Laguna Trail (herein referred to as the BLT) and the Pacific Crest Trail (herein referred to as the PCT) complete a 10 mile loop around the Laguna Mountain Recreation Area, which is governed by the National Forest Service. The PCT runs along the eastern crest of the Lagunas for four miles while hugging the Laguna Escarpment, which drops precipitously to the desert floor 3,000’ below. After connecting with the main BLT network, the remainder of the trail traverses oak and pine woodlands and forests, a vast meadow, and a lake, which seem out of place in San Diego’s semi-arid backcountry. The multiple ecotones on display on the BLT provide a great example of San Diego’s rich biodiversity. 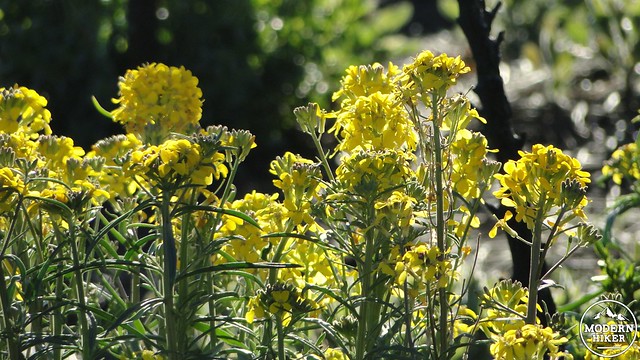 Wallflowers on the PCT

Until about 170 years ago, the Laguna Mountains had been occupied by the Kumeyaay Indians for over 9,000 years. The ready availability of food from prodigious acorn crops and wildlife, in addition to reliable water sources made Mt. Laguna an important summer and fall residence for indian tribes. These tribes would summer in the mountains, collect food in the fall, and then spend the colder months near the coast, where weather was mild and fish were plentiful. As Spanish settlers and cattle ranchers took over the area’s vast meadows, the natives were driven out. The United States later took the land from Mexico, and during the 1950’s, the Air Force placed a strategic radar installation near Monument Peak, which took advantage of the clear air and binational views. The same clear air prompted San Diego State University to open an observatory here, which their astronomy department still operates today. 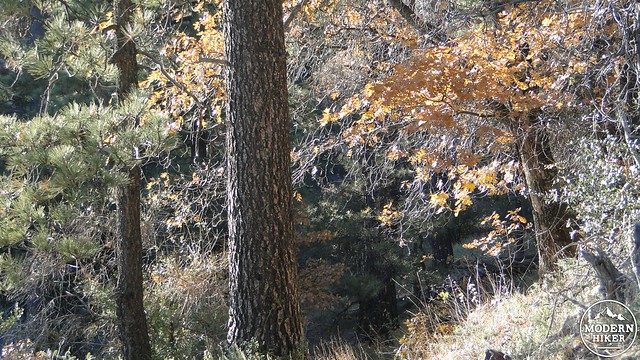 Wooded section of the PCT

Today, the area is mostly dominated by recreation, with a small community of about 57 residents nearby. The village of Mt. Laguna is an important re-stock point on San Diego’s segment of the PCT, and there is also a lodge and two campgrounds. While cattle still graze occasionally in the meadow, the wildest animals you’re likely to see are dogs led by hikers. Given the relatively easy access from Interstate 8, the Lagunas are one of San Diego’s more popular outdoor recreation areas. 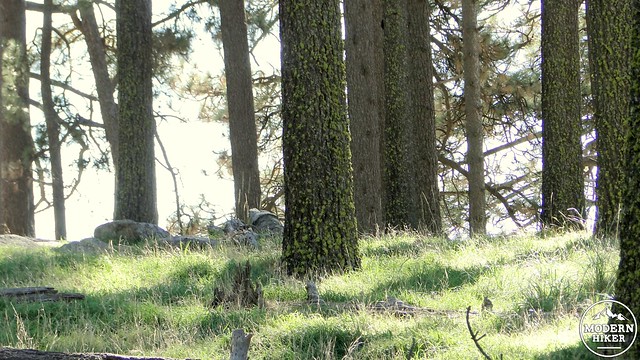 To begin, head clockwise from the Penny Pines Trailhead along a brief connector trail that quickly connects with the PCT. Turn right to head south along the trail as it clings precipitously to the Laguna Escarpment above Storm Canyon. The stark canyon drops dramatically on your left, emptying into a wide alluvial plain above Blair Valley. 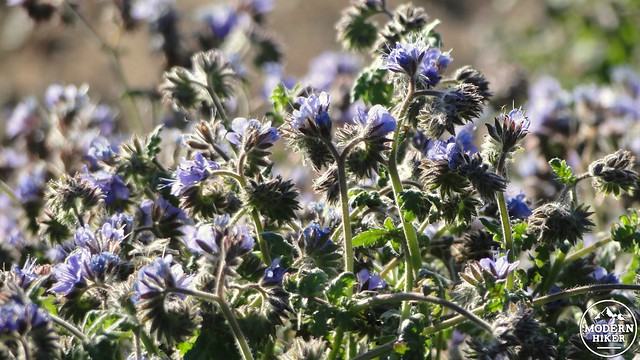 This portion of the PCT runs through the Chariot Fire burn zone, which burned through a lot of chaparral before taking out the Al Bahr Shrine and a few other buildings in Mt. Laguna.  As it crosses through burnt forest onto a now-barren flat, the PCT eventually reaches a vista point that contains an expansive and illustrative view of the Peninsular Ranges stretching out to snow-capped Mt. San Gorgonio. An option to follow a short spur trail toward Foster Point is present nearby. 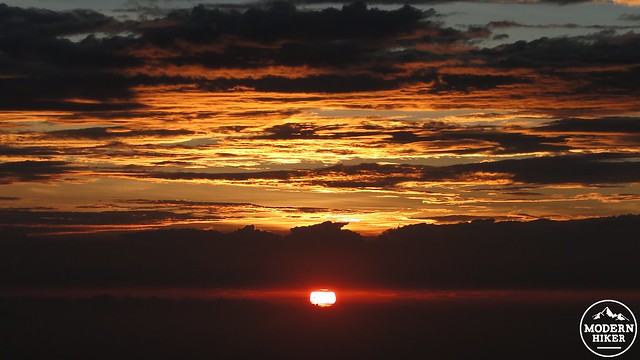 Sunrise from the PCT

After 4 miles, the PCT comes to a junction that turns right and heads down a wooded slope to the Big Laguna Trail. Cross the highway and continue following the tread. Keep your eyes peeled for a tiny grove of planted Sequoias. They’re pretty small, so don’t expect monoliths, but it is a fun little easter egg on this hike. The trail climbs lazily up a modest ridge before reaching a fire road. Turn right at the fire road, which will continue along a ridge through a sparse woodland of black oaks and coulter pines, whose massive, spiked cones look like medieval torture devices. 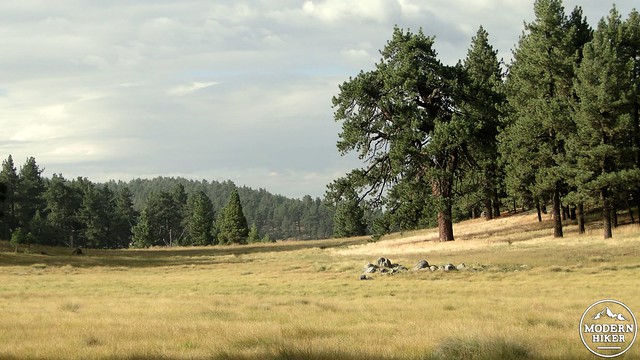 Keep your eyes peeled for the BLT signs that guide you past another fire road, down a modest ravine, and into a forest that skirts a meadow and usually dry Agua Dulce Creek. After bearing right, you’ll pass through another shallow ravine and emerge at the end of one of the many arms of Laguna Meadow. This meadow is a vast, remarkably flat open space, rimmed by Jeffrey Pines on all sides and containing a few man-made and man-reinforced lakes. 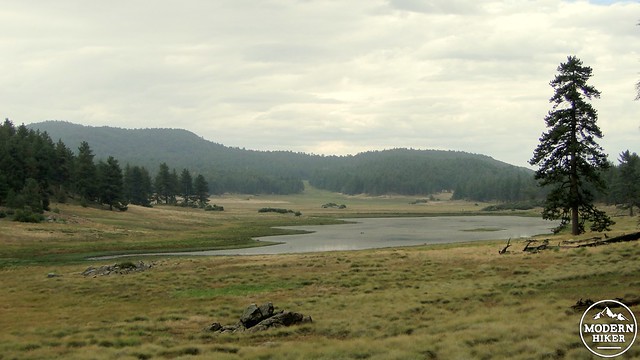 As you skirt the eastern end of the meadow, you’ll notice a lot of dead oaks mixed into the pine forest here. These trees are the victims of the gold spotted oak borer, which was inadvertently introduced in the late 90’s. The beetle hitched a ride on firewood imported from Mexico, and has since taken a heavy toll. San Diego County’s oaks have no natural defense, and coupled with droughts, this bark beetle wiped out and continues to wipe out a substantial fraction of black oaks in Cuyamaca and Laguna, which are responsible for the fall color displays in the area. The black oak’s prodigious acorn masts provided the main food staple of the Kumeyaay, and they still feed the local wildlife. Keep an eye out for the occasional pine tree riddled with holes. The acorn woodpecker stores the acorns in these “banks” and will feast on the grubs and larvae that grow in the acorns. 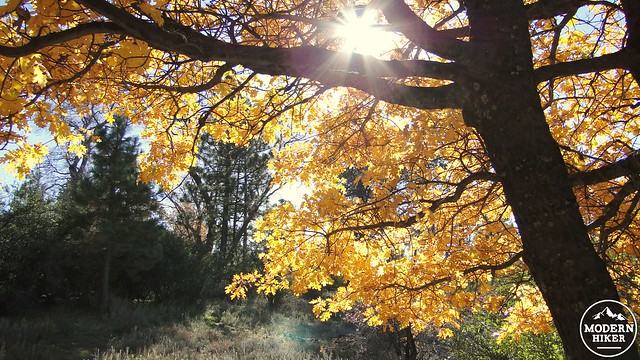 Black Oak on the PCT in November

After passing through more pine forest and meadow, you’ll emerge at a junction on the east bank of Big Laguna Lake. This wide, shallow lake always existed but has been shored up by ranchers to hold water more consistently for the resident bovines. The trail travels on either side of the lake, and this is a good place to stop and rest at the 7.5 mile mark. If you keep to the trail traversing the lake’s east shore,  you’ll gain more excellent views of the meadow and the forest around it. This forest is primarily comprised of Jeffrey pine, which favors dryer mountain climates and exudes a wonderful butterscotch/vanilla odor. You’ll catch a nose-full while passing through sunny stretches of sun-baked pine needles. Better yet, put your nose up to the fissures in the bark and inhale deeply. It’s a wonderful scent. 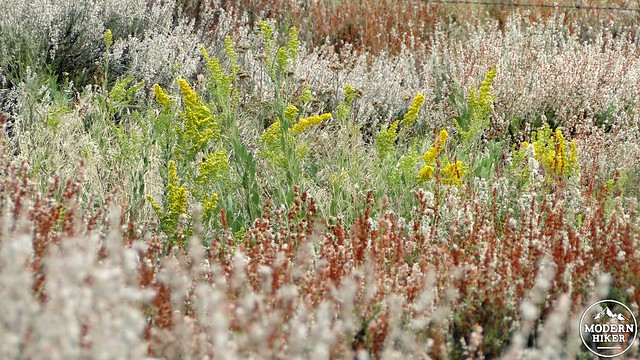 After you’ve sniffed a tree and looked around for the hidden cameras, continue north on until you reach a junction with the Noble Canyon Trail. This burn area is a scar from the catastrophic 2003 Cedar Fire. The damage is fairly bad, but it is fortunate that the blaze left most of the Lagunas unscathed. The trail will undulate gently through recovering woodlands before emerging back at the trailhead. 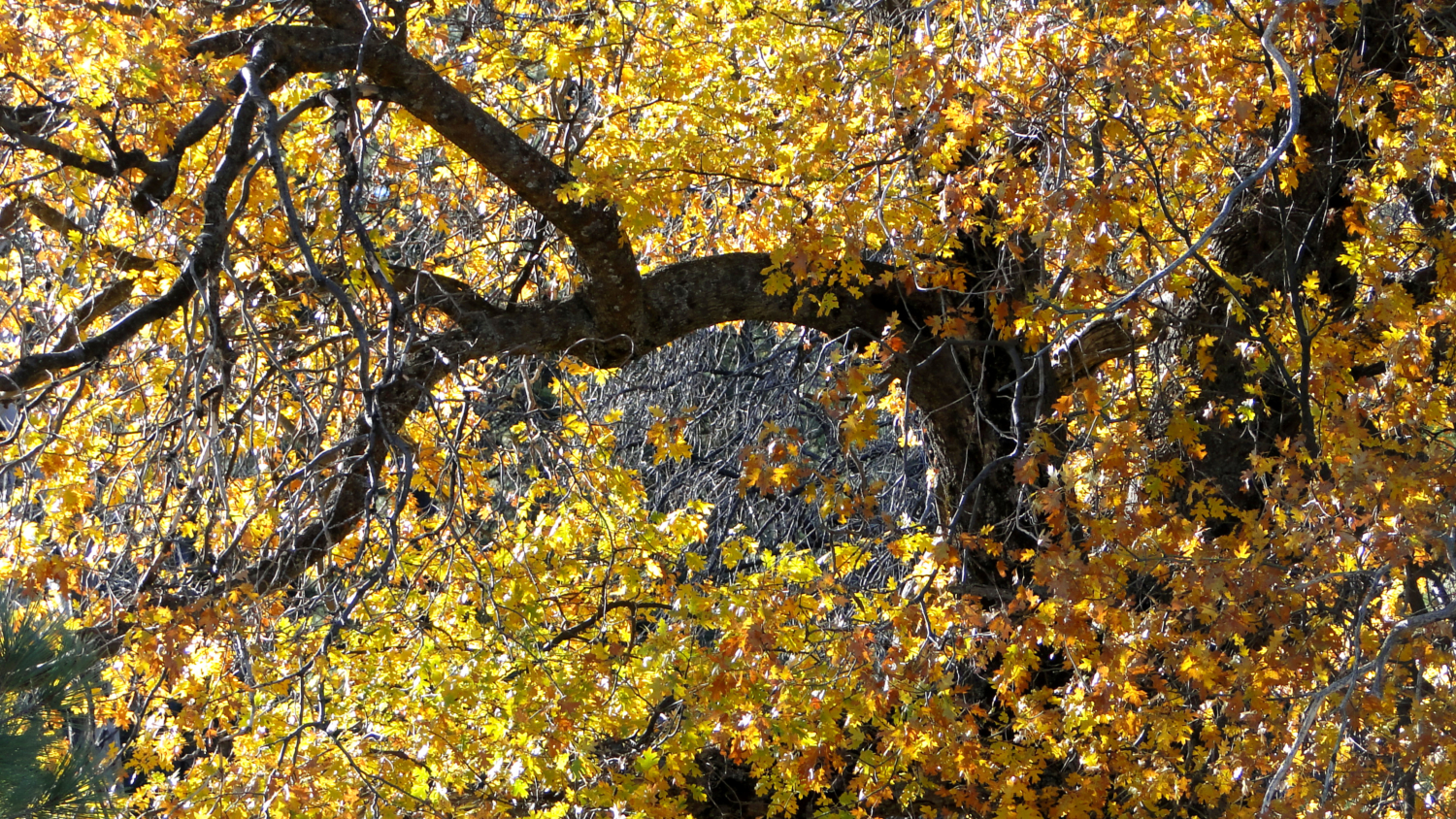 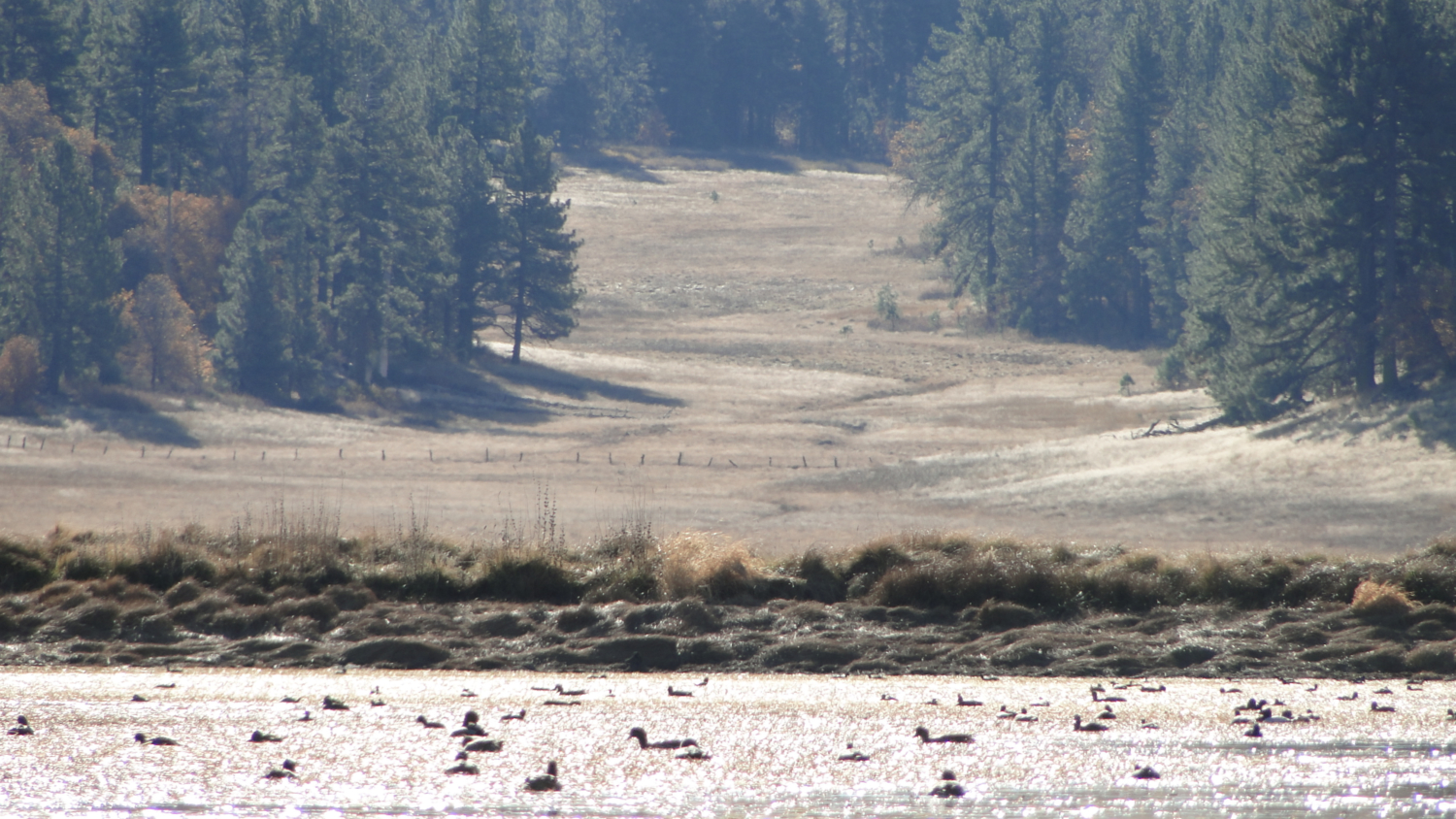 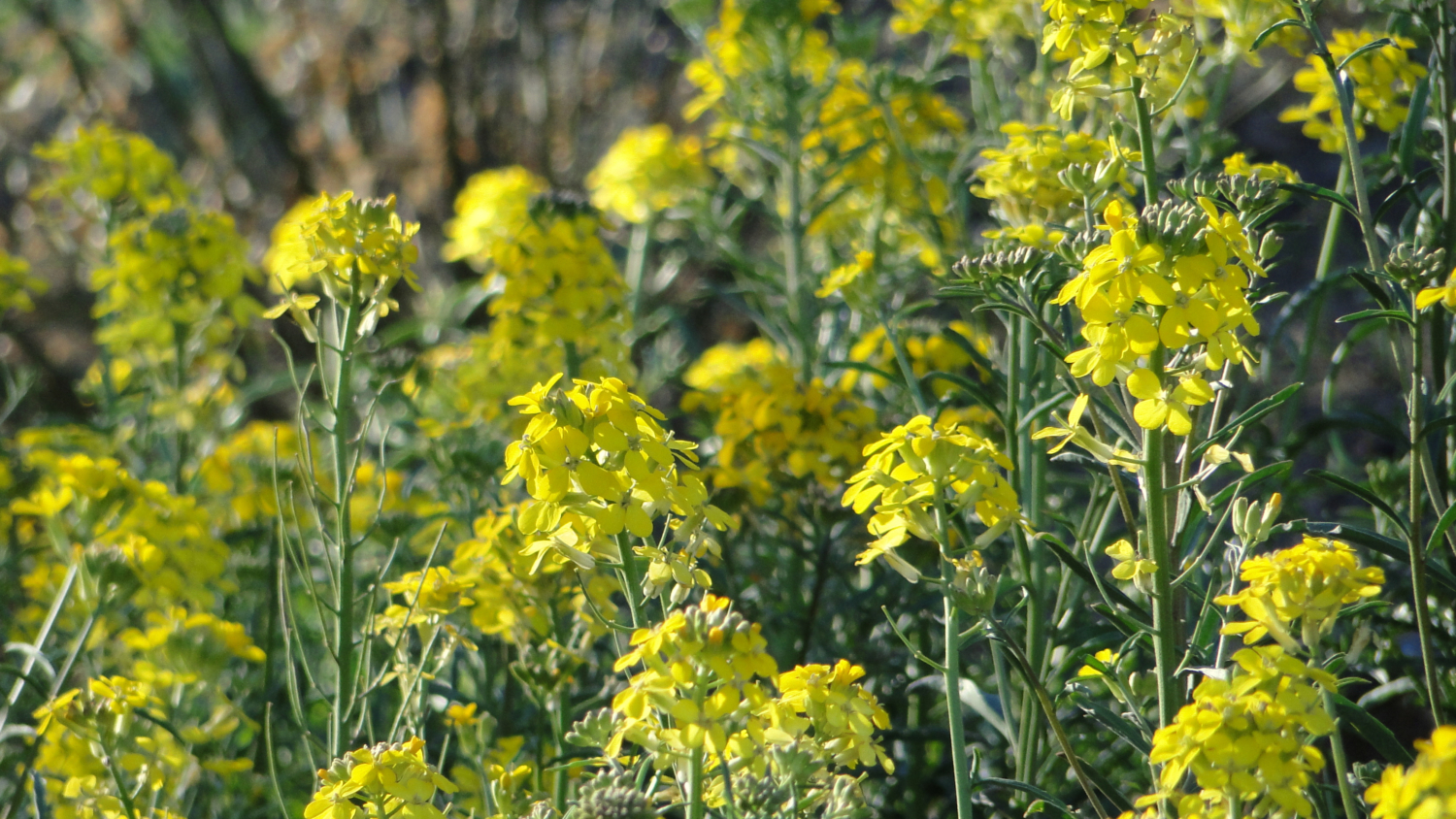 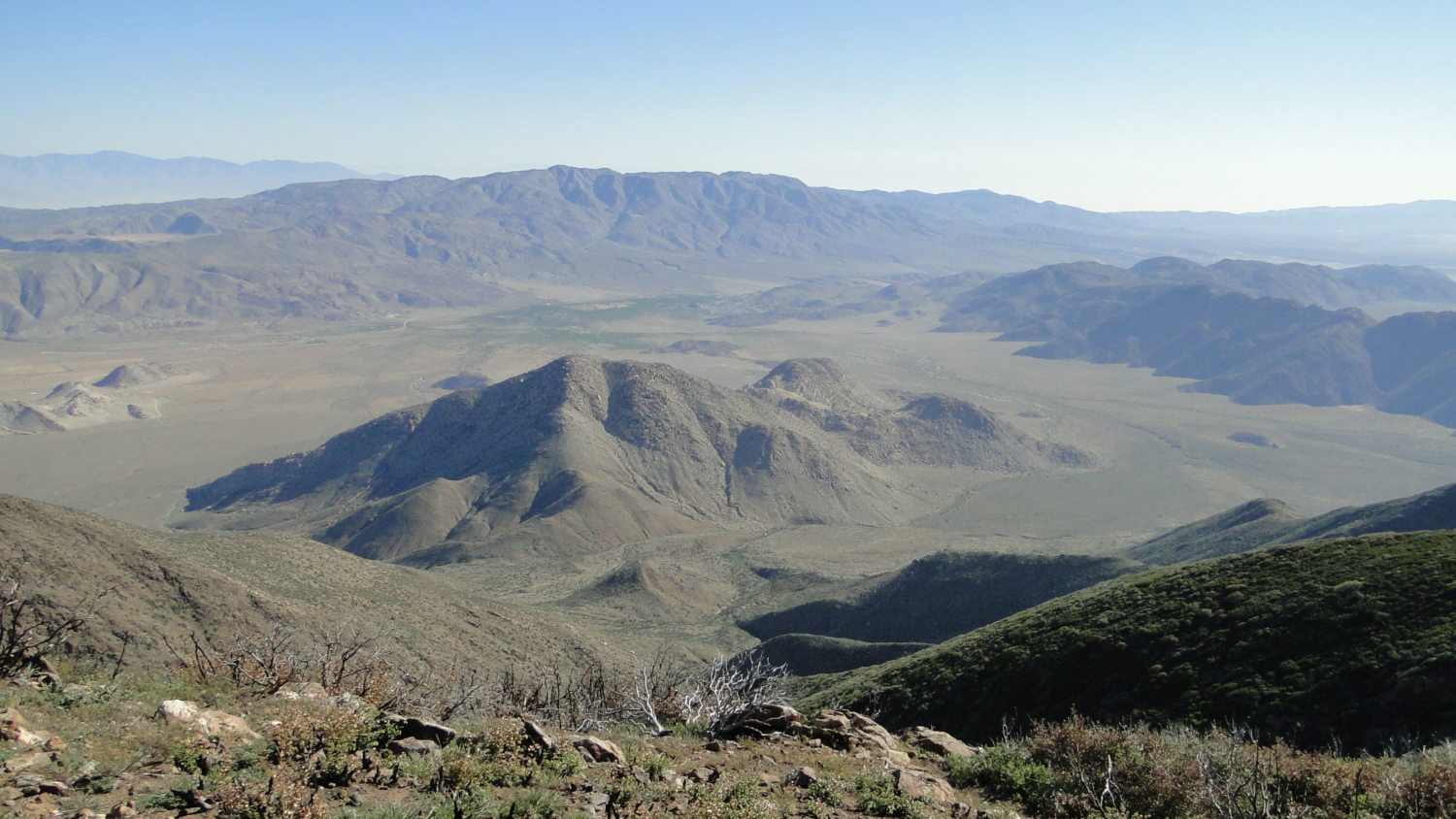 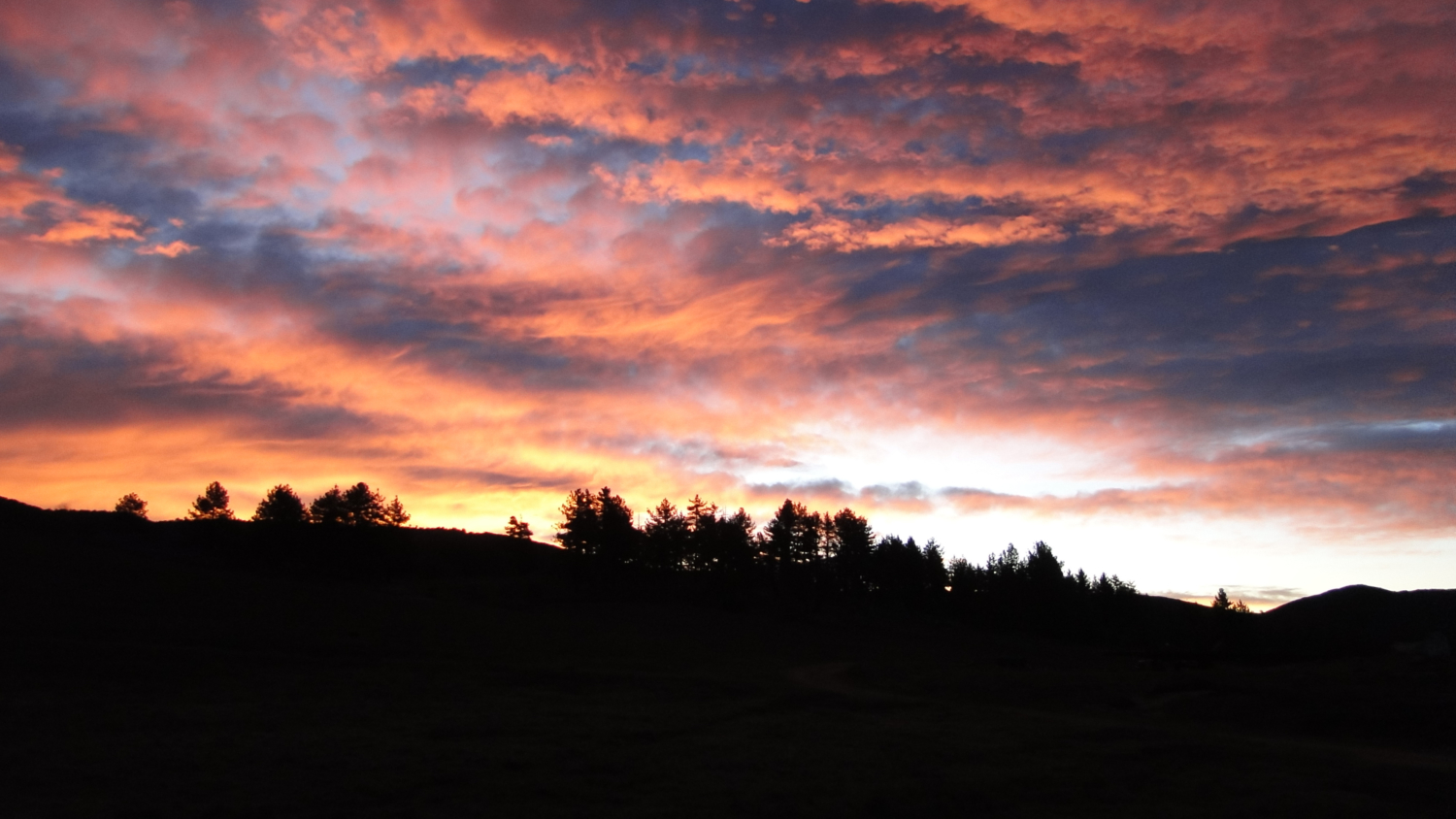 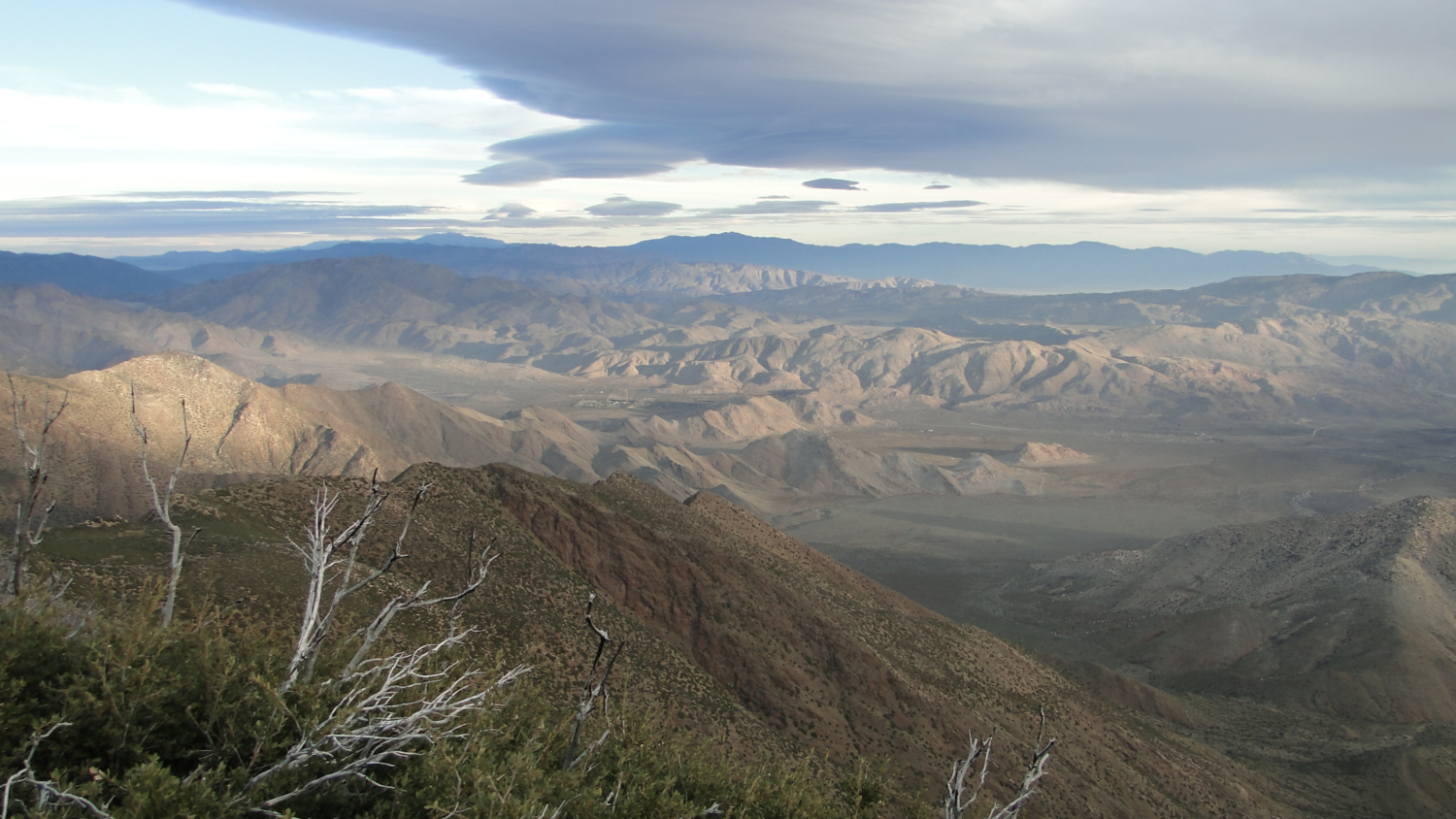 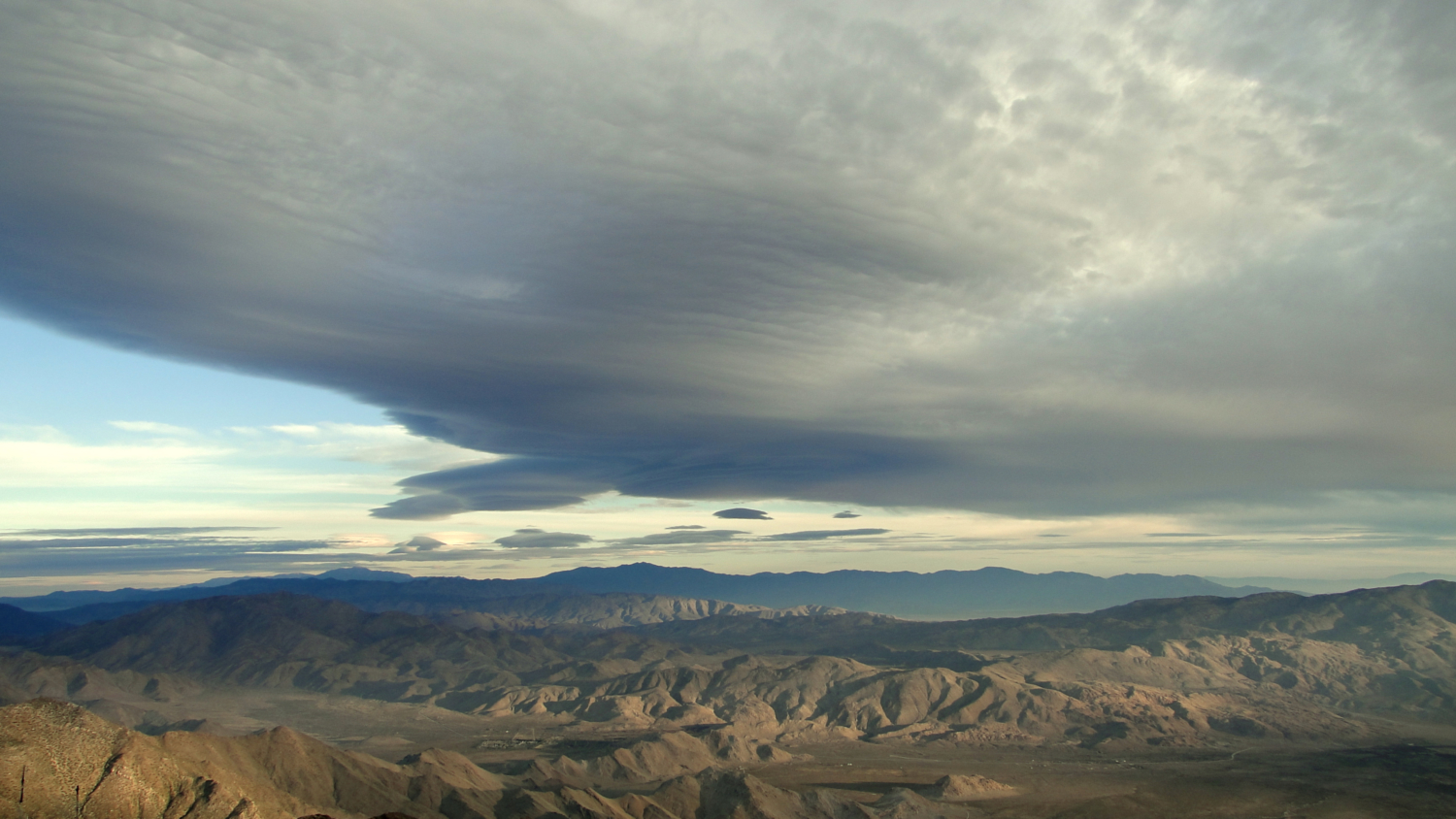 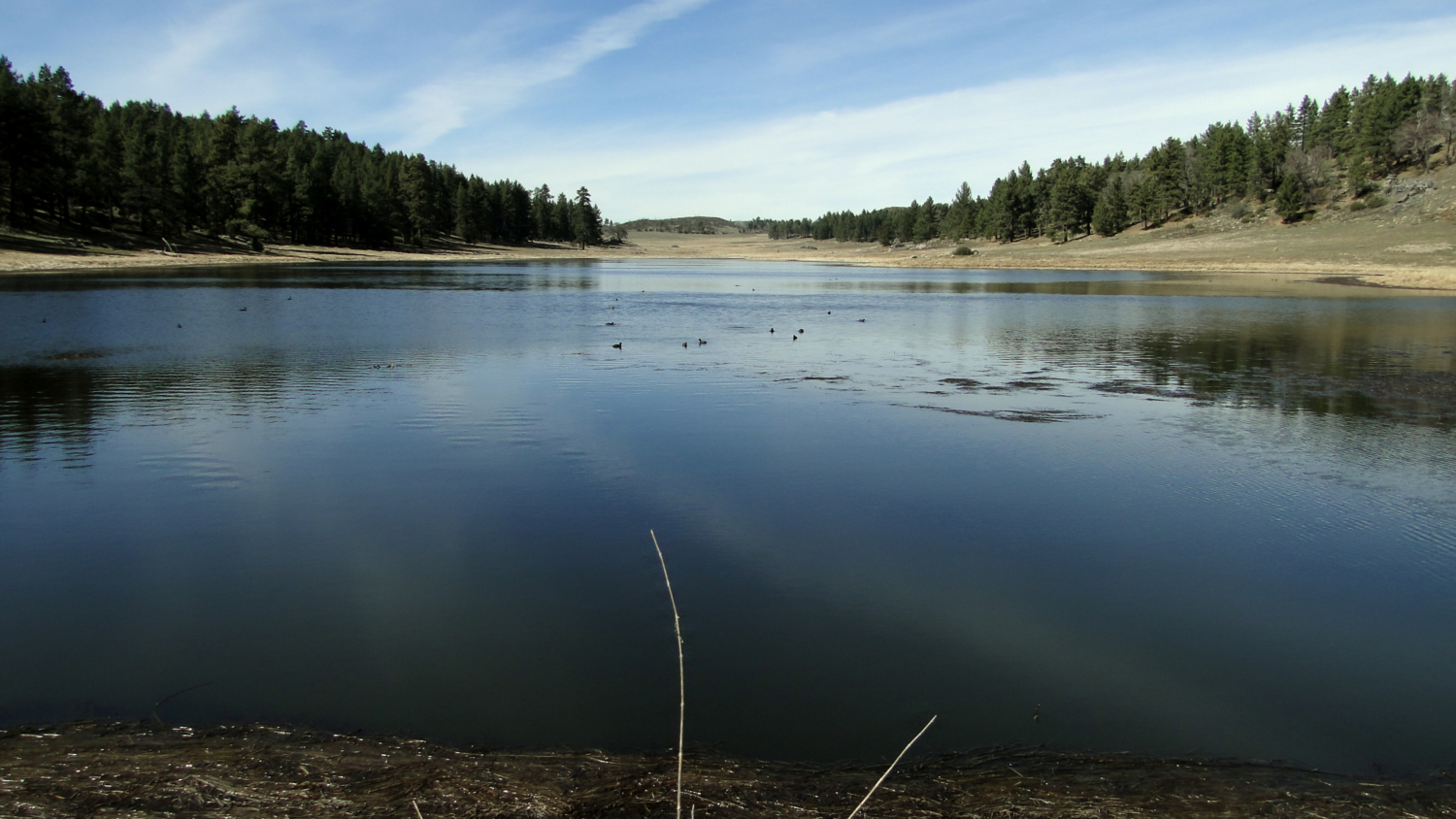 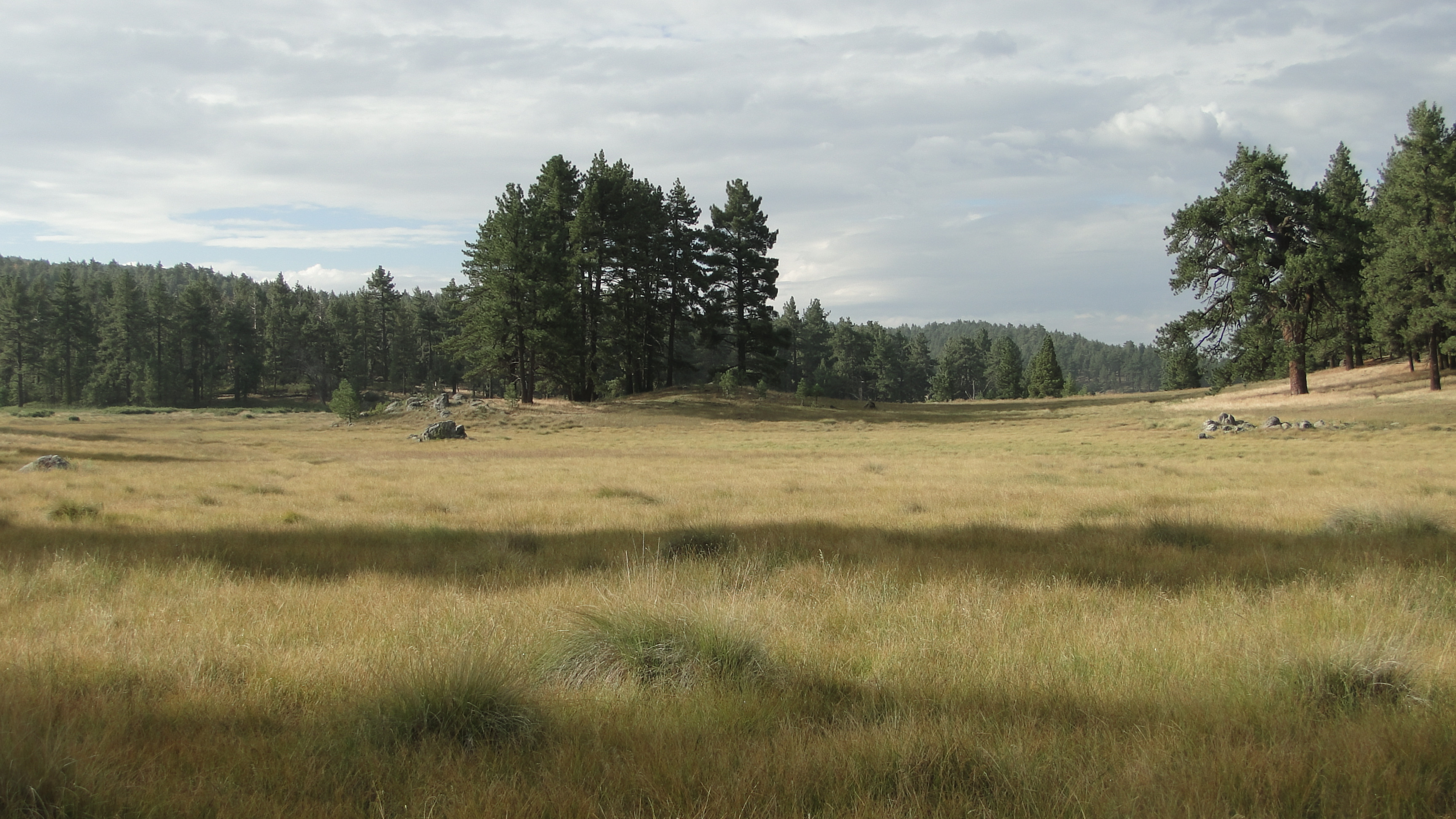 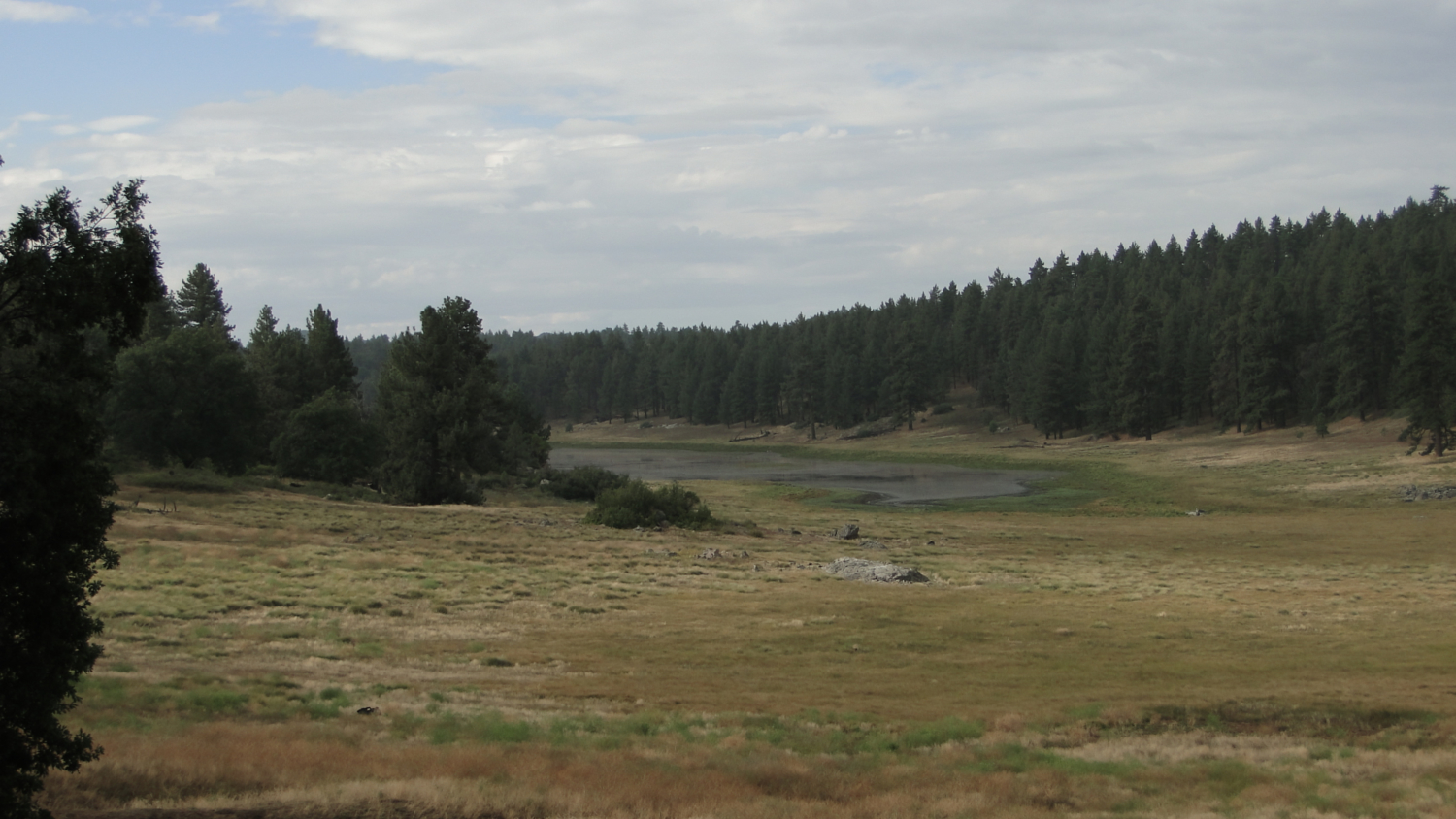 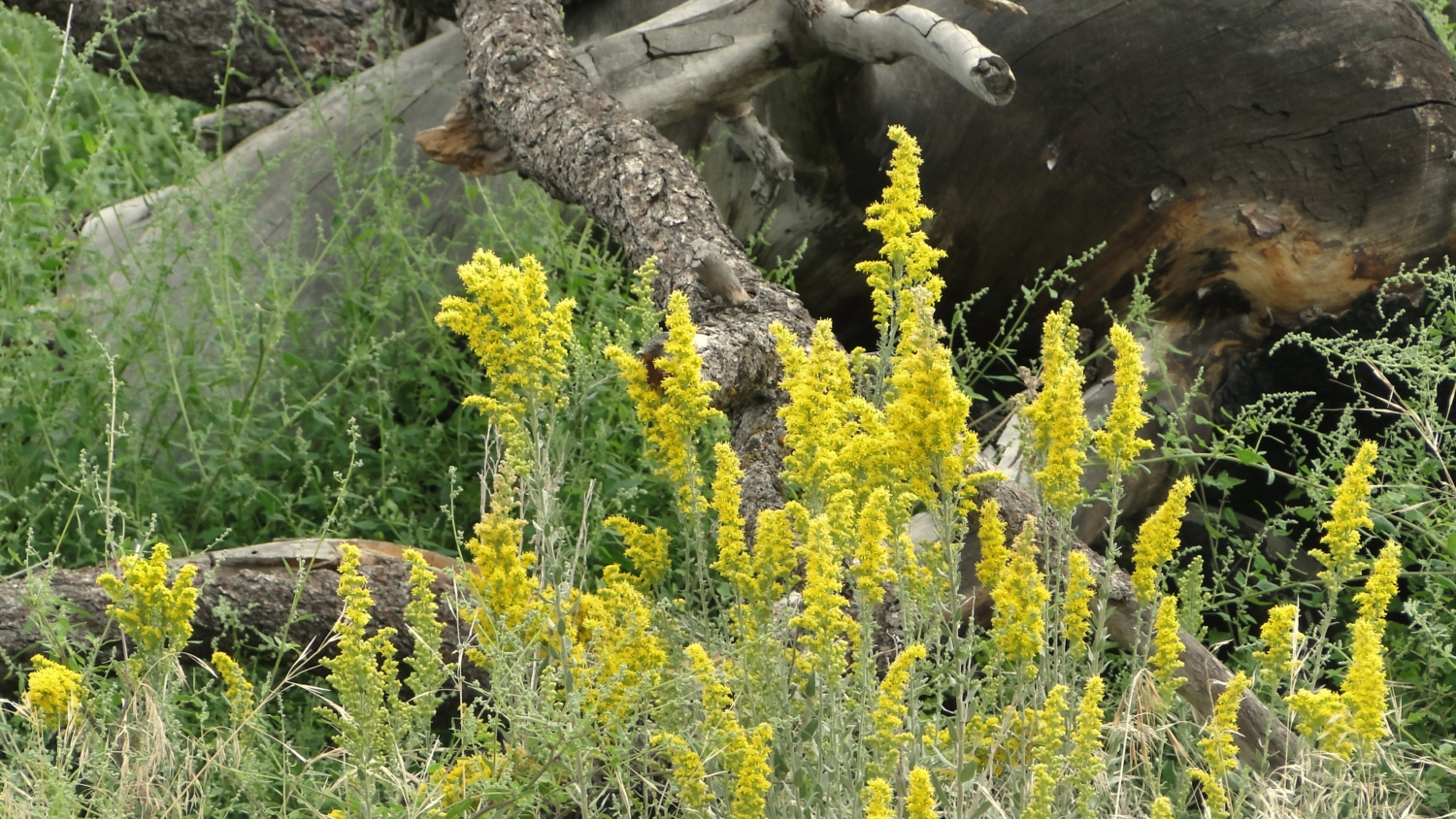 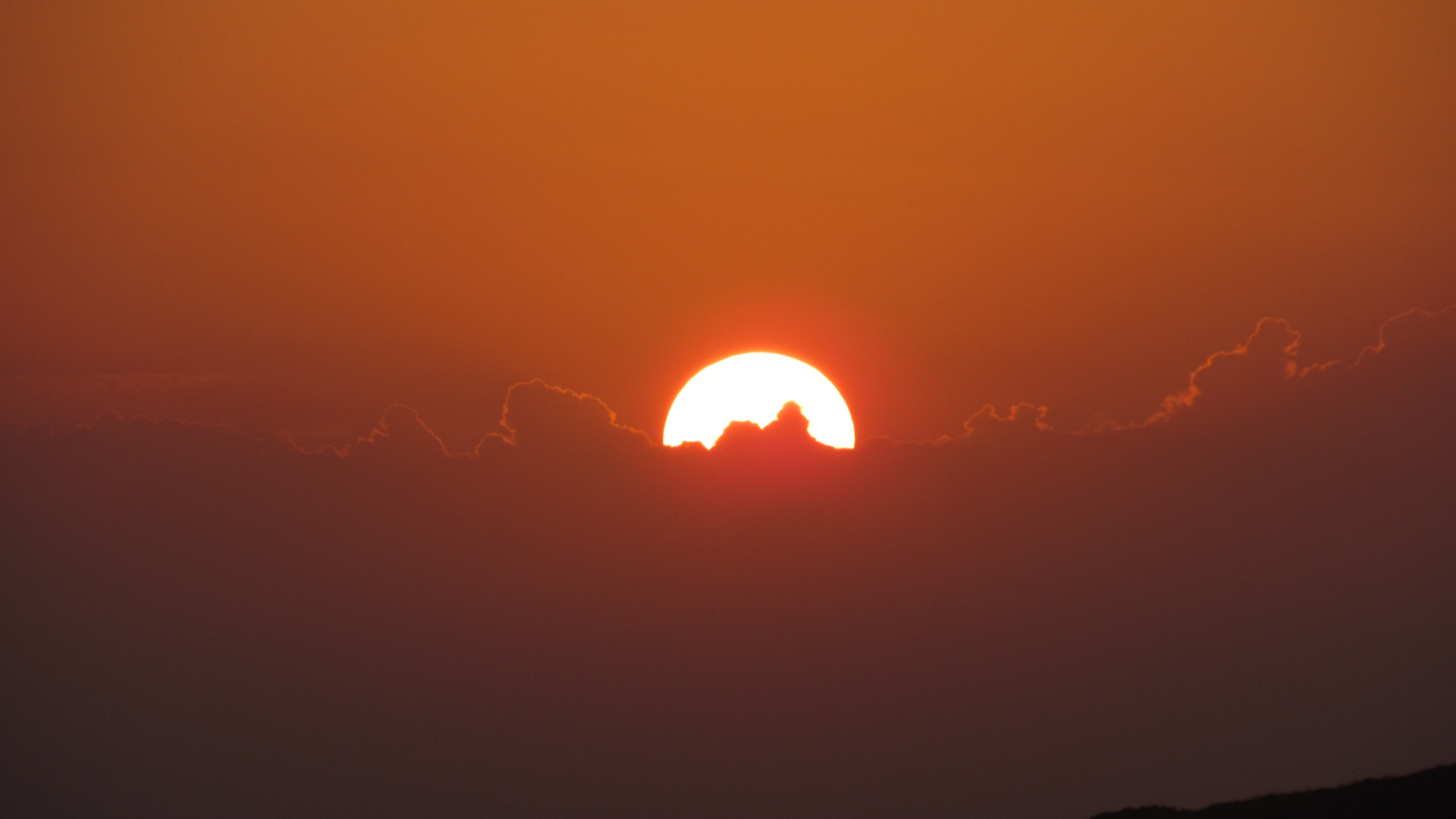 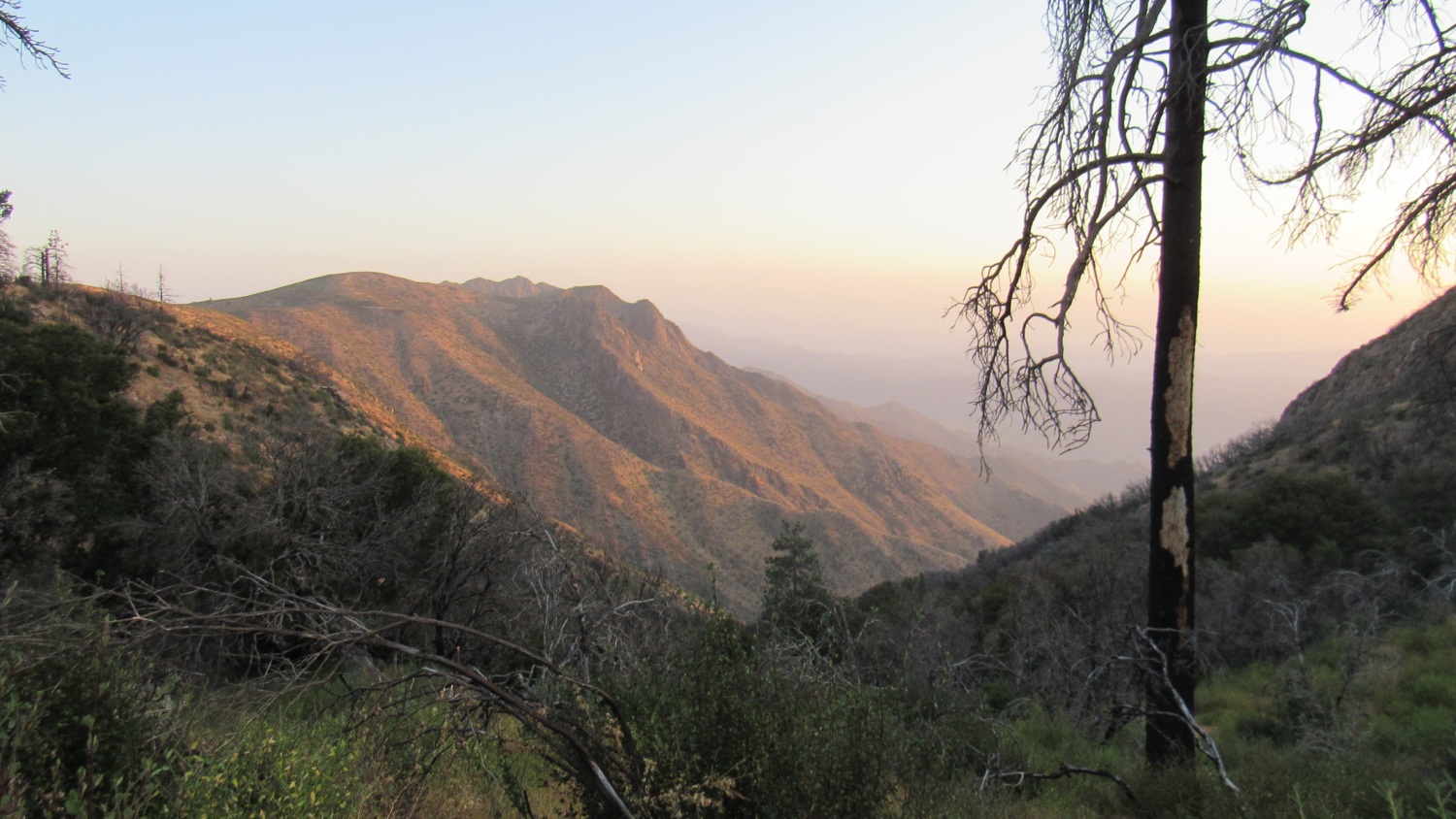 Trail is well-maintained. It gets a little rocky on the PCT, and the Chariot Fire burn-zone between Penny Pines and Hayes peak have a few downed trees and some overgrown grasses. On the other hand, the trail network of the BLT is confusing to follow as the entire network is named "Big Laguna Trail" and separate spurs are numbered.

From the I-5, I-15, and state route 67, travel east on I-8 and exit on the Sunrise Highway off-ramp. Turn right, and follow sunrise highway up through the forest, past the village at Mt. Laguna, and park at the Penny Pines/Noble Canyon Trailhead. No Adventure Pass required.