Just north of the town of Julian, with its patchwork quilt of ranches, apple orchards, and oak woodlands, stands the smooth, rounded slopes of Volcan Mountain. The mountain and its summit are the focal point of the Volcan Mountain Open Space Preserve, which protects a portion of the Volcan Mountain Range. This small range occupies a space between the larger Laguna and Palomar Mountains in the long chain of ranges comprising the Peninsular Ranges. Like the rest of the Peninsular Ranges, Volcan Mountain offers a dramatic lesson in the rain shadow effect as all views west from the summit take in pastoral oak woodlands and range out to the ocean, while the desertscapes to the east appear dry and lifeless. 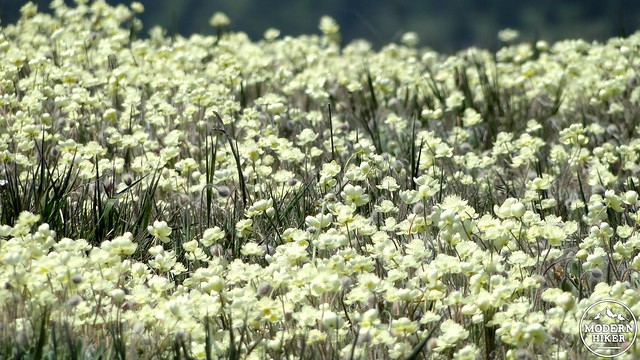 Wildflowers near the summit. Any guesses as to the name?

While the mountain and range are small relative to nearby ranges, the peak and the surrounding region have a rich history. The nearby town of Julian and the Coleman gold mining district preserve evidence of the gold mining boom that erupted after the Civil War, when gold was discovered  in a nearby creek. While the amount of gold discovered was relatively small compared to that found in Northern California, the community of Julian persisted, although it is now more famous for pie than anything else. Years later, astronomers sought a location for a new telescope that would be the largest ever built. While the telescope was ultimately placed on Palomar Mountain, Volcan Mountain was a finalist site. Remnants of the dwelling built for testing still remain near the summit. 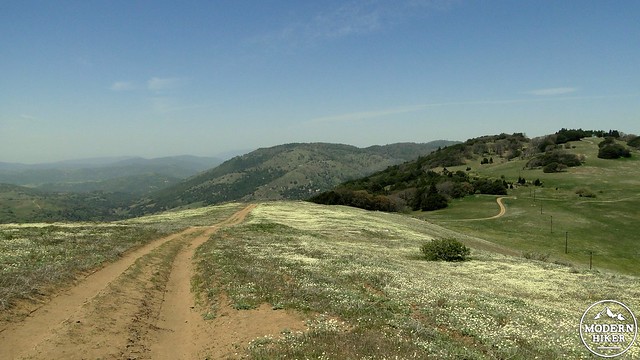 Trail leading up to the summit

However, I presume that you’re not going to Volcan for a history lesson. There’s a hike to take, and it is a lovely one. After reaching the trailhead, make your way up the fire road past a property that is currently for sale on the right (and will be mine once I win the lottery, so don’t get any ideas). At the end of this road, you will pass through the ornate and quite unique gateway created by artist James Hubbell. Beyond the gate, a fire road switchbacks its way obliquely up the base of Volcan’s slope before turning left and commencing a no-nonsense climb up to the mountain’s shoulder. You may notice a trailhead to the right for the Five Oaks Trail. This parallel trail is more attractive and scenic, but as I like to get climbs out of the way, I’m recommending you take the fire road up and enjoy the Five Oaks Trail on the way back at a more leisurely pace. Feel free to ignore my advice, but be aware that the GPS track follows the path I’ve laid out. 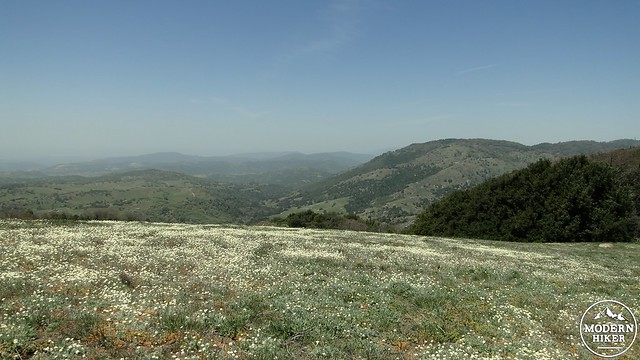 Just before the summit

Along the way up this fire road, you will pass through pools of shade cast by a combination of oak trees. The elevation here represents the uppermost limit of the coast live oak, as well as the lower limits of the canyon live oak and the black oak. This combination of three major oak species, plus two varieties of scrub oak, give the Five Oaks Trail its name. Enjoy the patches of shade as they provide moments of respite from the relentless climb. Your diligent effort pays off as the trail achieves a relatively flat stretch complete with grassy slopes, wildflowers, oaks, and views up to Volcan’s rounded summit. Views south and west open up a bit, and if the day is clear, you’ll catch visions of the ocean shimmering in the distance beyond the Iron Mountain/Mt. Woodson complex and the coastal suburbs. 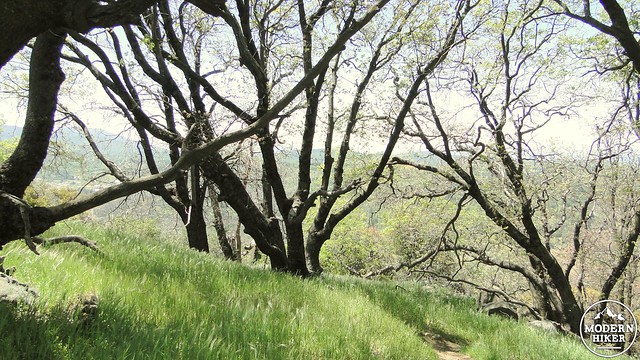 On the Five Oaks Trail

You’ll soon pass the other end of the Five Oaks Trail. Bear this junction in mind, as this is how you’ll be returning. Meanwhile, the fire road begins to climb again, but not before reaching a gate that may or may not be closed. Recently, Volcan Mountain Open Space Preserve has begun leaving the gate open throughout the year; previously, it had been left closed. The only time you can expect to see the gate closed are following periods of inclement weather, especially snow; if there’s a nearby fire; or if there are heavy Santa Ana winds creating red flag conditions. 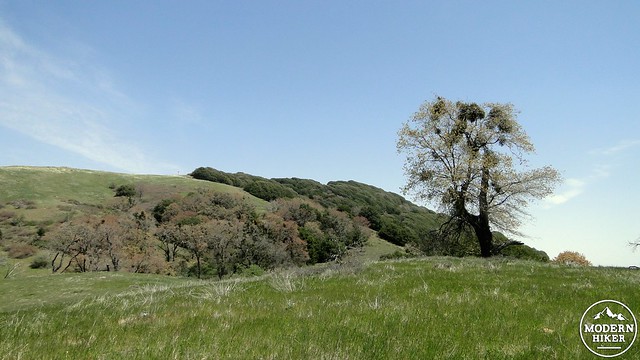 The next three paragraphs are devoted to those with a certain disdain for gates that don’t open when they’re supposed to. Should you somehow find yourself on the other side of the gate, simply continue on the fire road as it twists and turns into and out of a dense patch of forest comprised of canyon live oak and incense cedar. After emerging from this patch, you will find yourself on a grassy plane. This mountain range is not the stark, craggy experience you might expect from the word mountain. The slopes here are gentle and grassy, punctuated by oaks. As you continue on, you may notice vast patches of creamy white wildflowers blanketing the slopes, particularly in late April and early May. These smooth slopes set the San Diego ranges apart from the rest of those in Southern California. You may also spot an old stone chimney, which marks the spot where a team tested the suitability of Volcan’s summit to determine if it would suffice for the location of the observatory (Spoiler Alert: Palomar won). 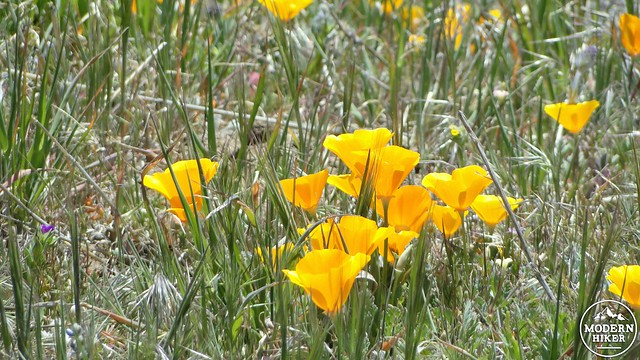 The fire road finally emerges atop the rounded summit. There is no true rock to stand upon from which you can proclaim this peak “bagged.” Instead, you’ll find a lasso loop that circumscribes the peak. Look for the faint use trail off to the right that leads to a bench overlooking the town of Julian with the the linear gouge of Banner Canyon and the Cuyamaca Mountains brooding darkly in the distance. I dare you to find a more pleasant place to have lunch on a mountain top, as this shaded bench is extremely comfortable and offers a nice chance to relax after all of that climbing.

Once you’ve soaked in this view, prepare yourself for the stark contrast that opens up to the east. Arid San Felipe Valley, which is contained in the northwest portion of Anza-Borrego State Park, shimmers in the fiery haze below you. Rugged Whale Peak and Granite Peak loom to the south, and seemingly lifeless brown slopes stretch far to the north before culminating in the high points of Santa Rosa Mountain and Toro Peak. Turn back to the west, and there (at least in spring) are emerald green slopes dotted with oak trees and apple orchards. You are witnessing the rain shadow effect, in which a mountain’s western slopes tend to be lush and verdant while the eastern slopes become dry and sun-blasted. This occurs as Pacific storms stall out against the west and south faces of mountain ranges, where they dump the bulk of their precipitation. As the front makes its way over the mountain, it has lost most of its rain. The summit of Volcan Mountain receives an average of 30” per year. San Felipe Valley receives less than 10” per year. 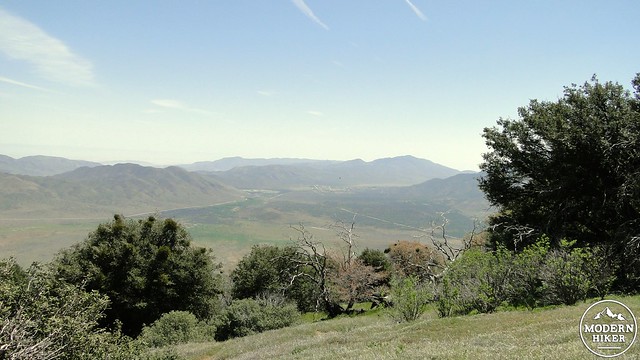 After marveling at the contrast, make your way back down to the junction with the Five Oaks Trail. This narrow single-track is open only to hikers as it switchbacks through beautiful groves of oak trees. Of these trees, the black oak is most attractive, and it is responsible for some respectable color displays in Spring and Autumn. While not the vivid red of Northeastern maples or even the fiery gold of the Eastern Sierra’s aspen groves, the black oak’s leaves turn a bright gold in autumn, which makes Volcan Mountain one of the finest Autumn hikes in SoCal. Eventually, this winding trail connects back to the fire road, and you trace your way back down the road, through the gateway, and back to your vehicle. If you are rueing the loss of so many precious calories from your exertions, take solace in the fact that mouth-watering slabs of apple pie await you in the town of Julian. 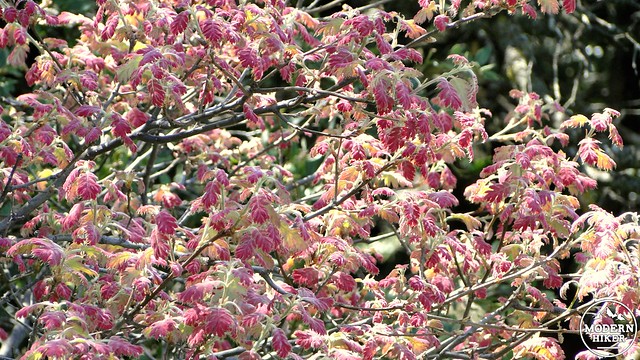 Things You Should Know:

– Like nearby Santa Ysabel Open Space Preserve, Volcan Mountain can be closed after major rain events to protect from erosion and trail damage. Additionally, the trail to the summit is supposed to remain closed through winter, as snow routinely covers the summit.

– Julian Pie Company serves up some deservedly famous apple pie. They also need to start cutting me checks, as this is the second time I’ve promoted their pie – not like they need it.

– Julian is a magnet for tourists, weekenders, and motorcycle enthusiasts. Like Palomar Mountain, it is possible to have daredevils zooming past. It is also likely that you may find yourself behind a caravan of Harleys. Take your time and enjoy the scenery. There is no rush to get here, and the drive in to town and to the trailhead are rather lovely anyway. 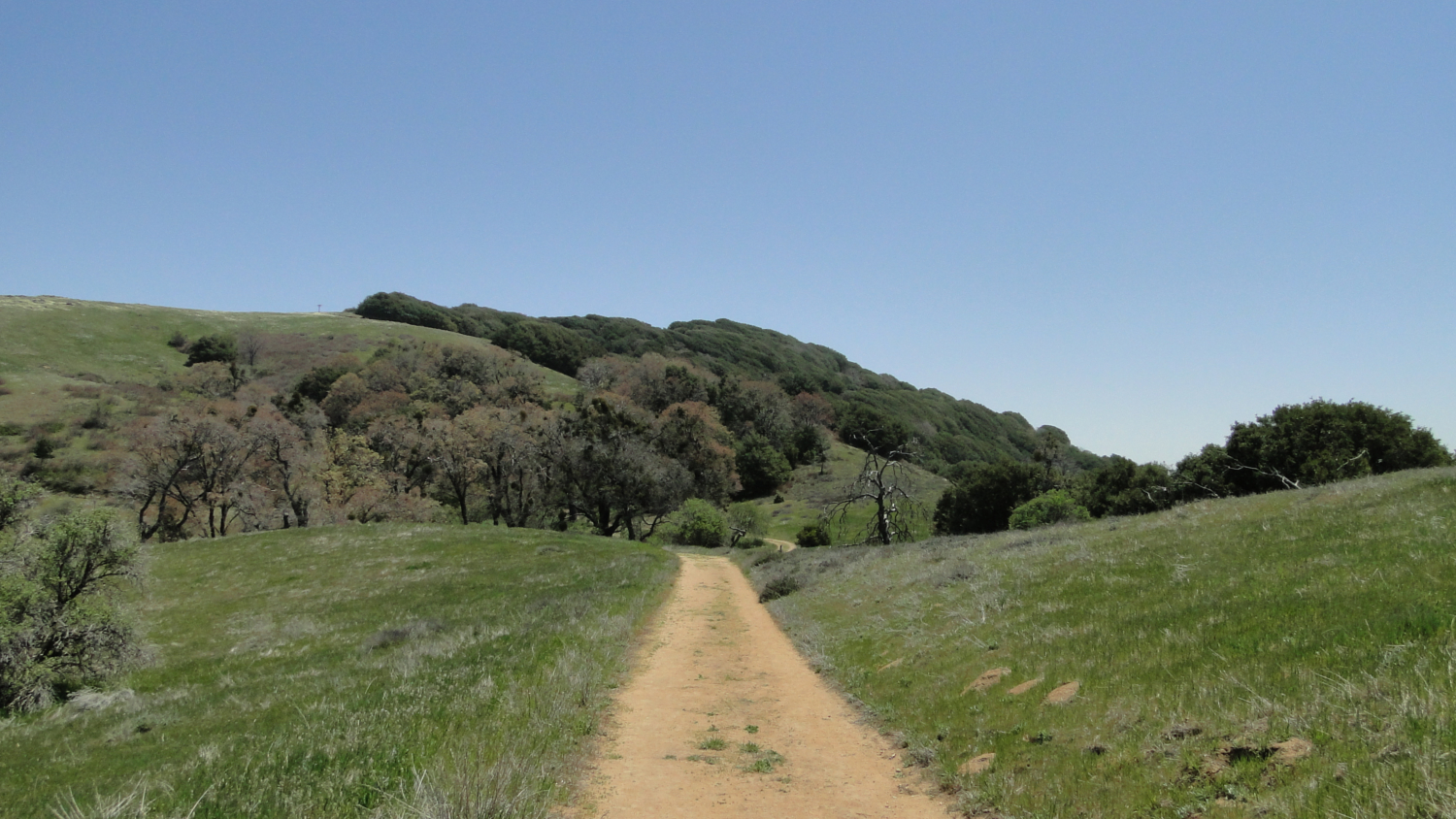 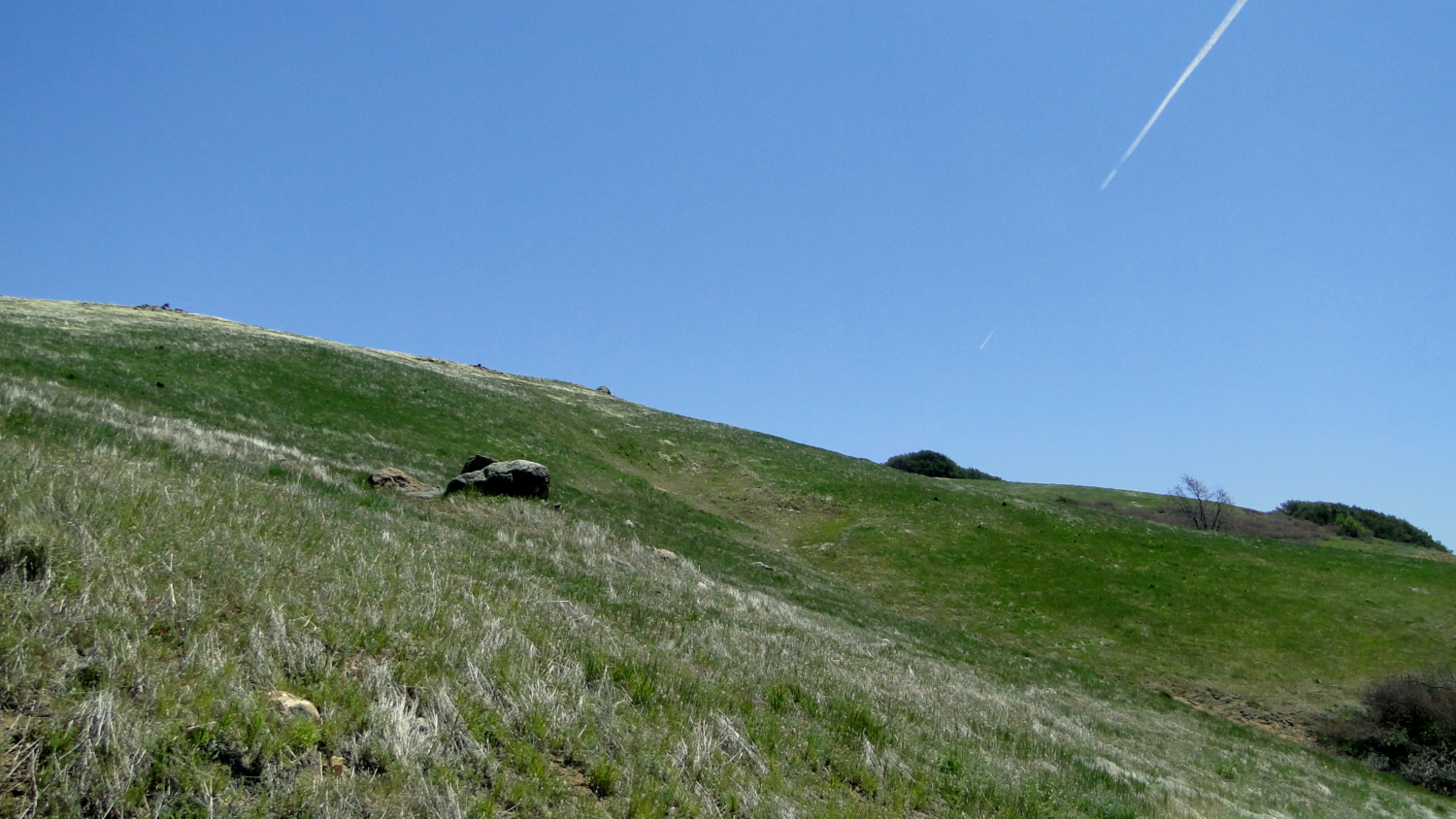 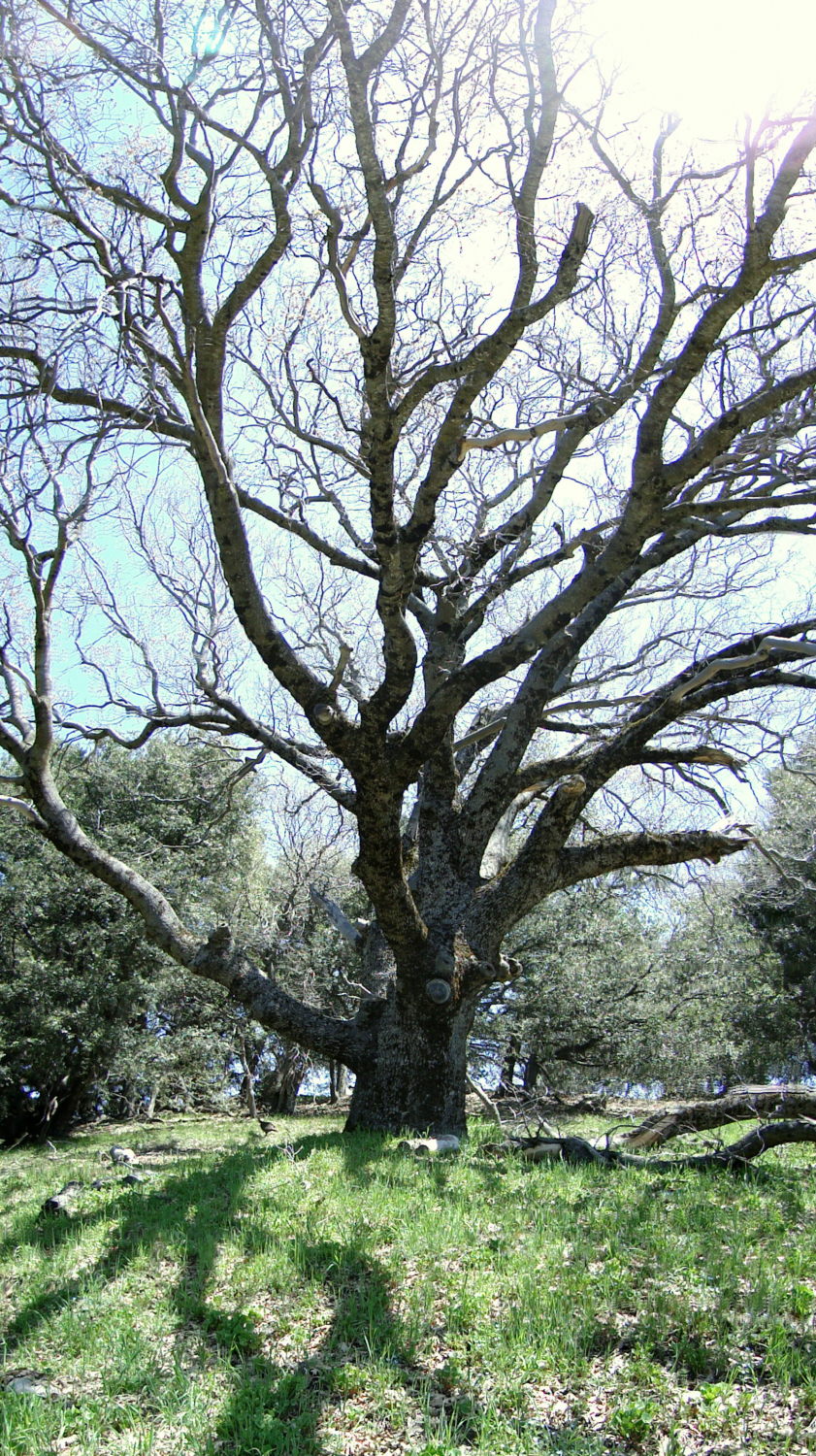 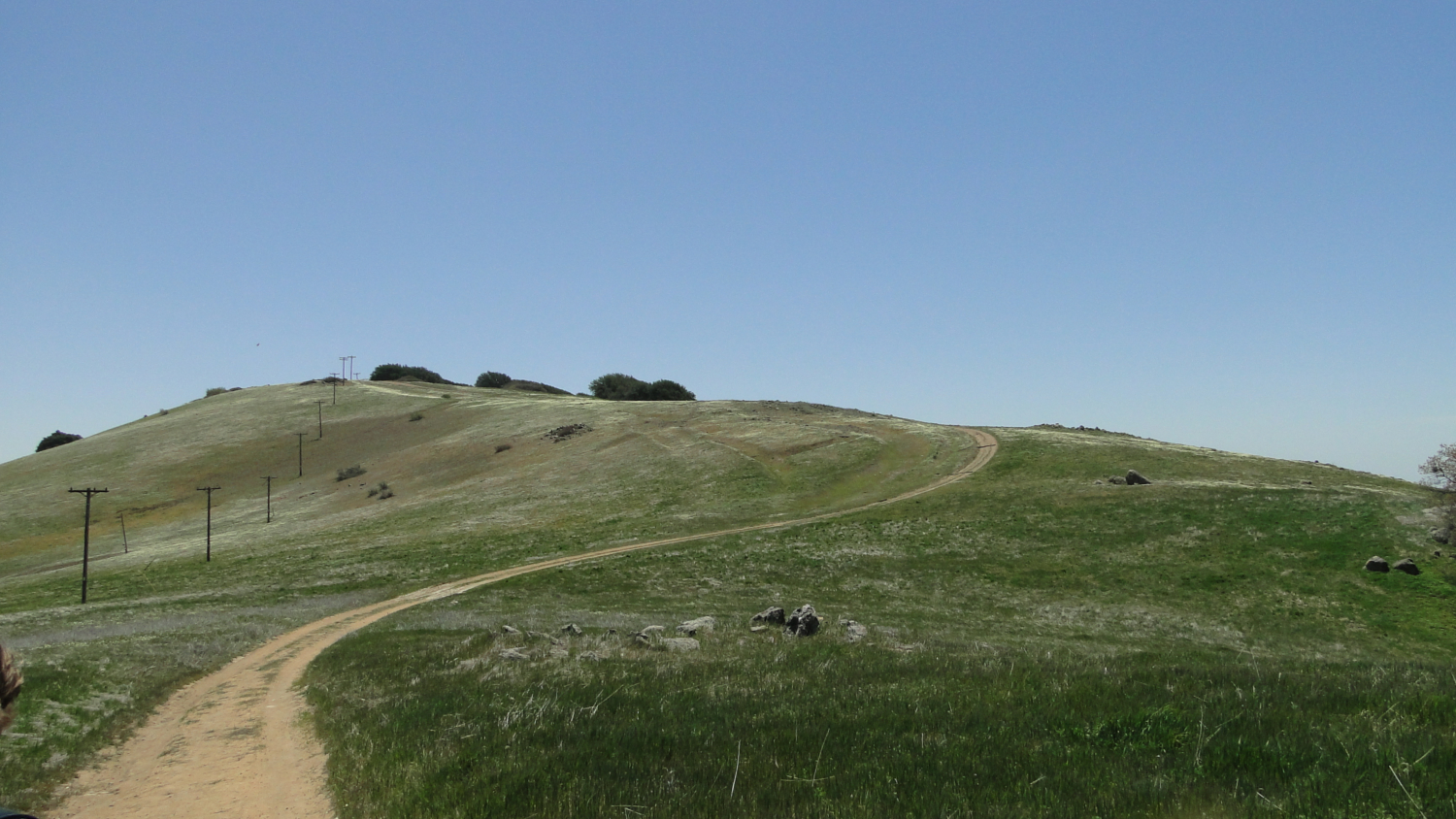 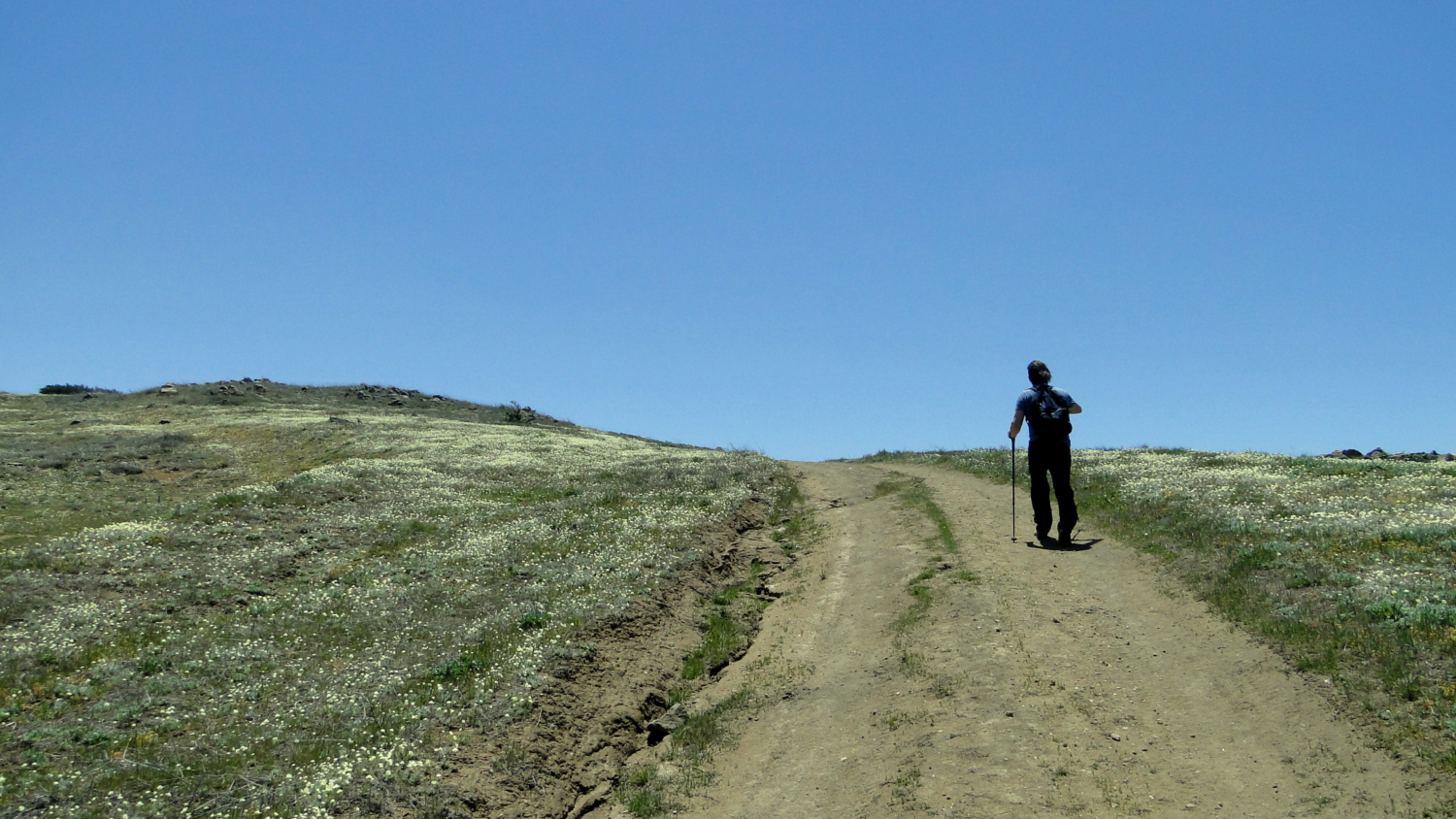 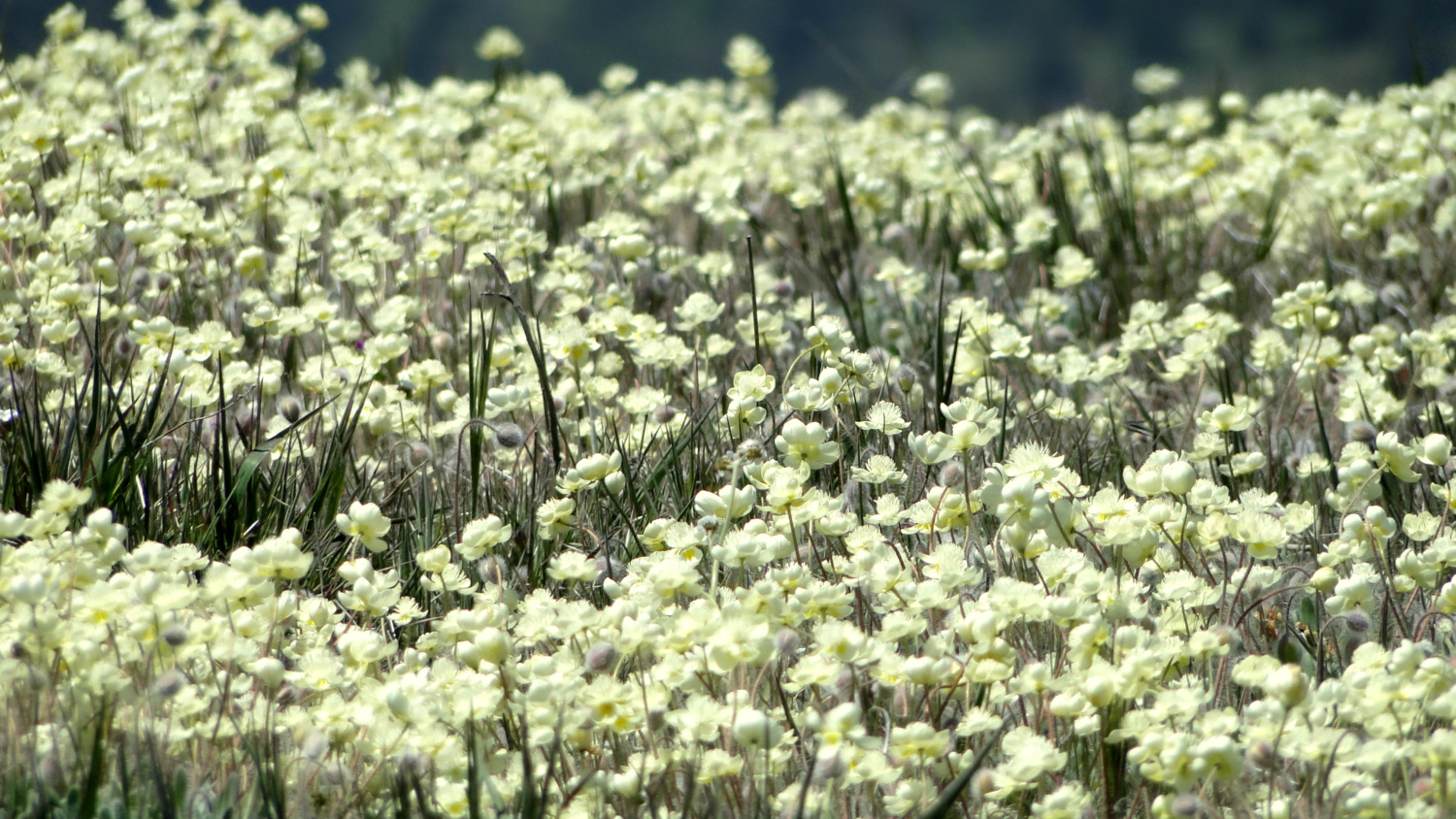 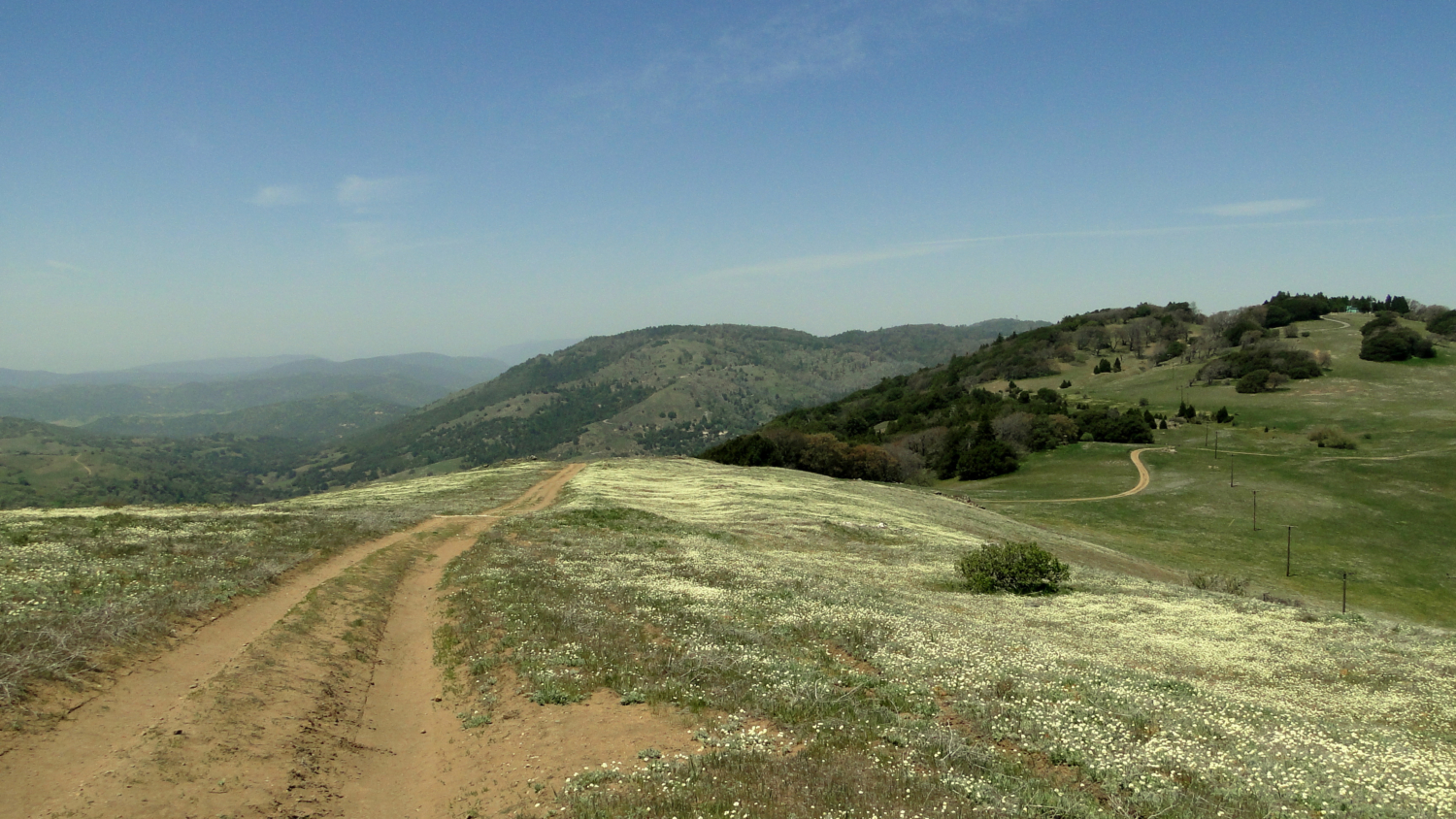 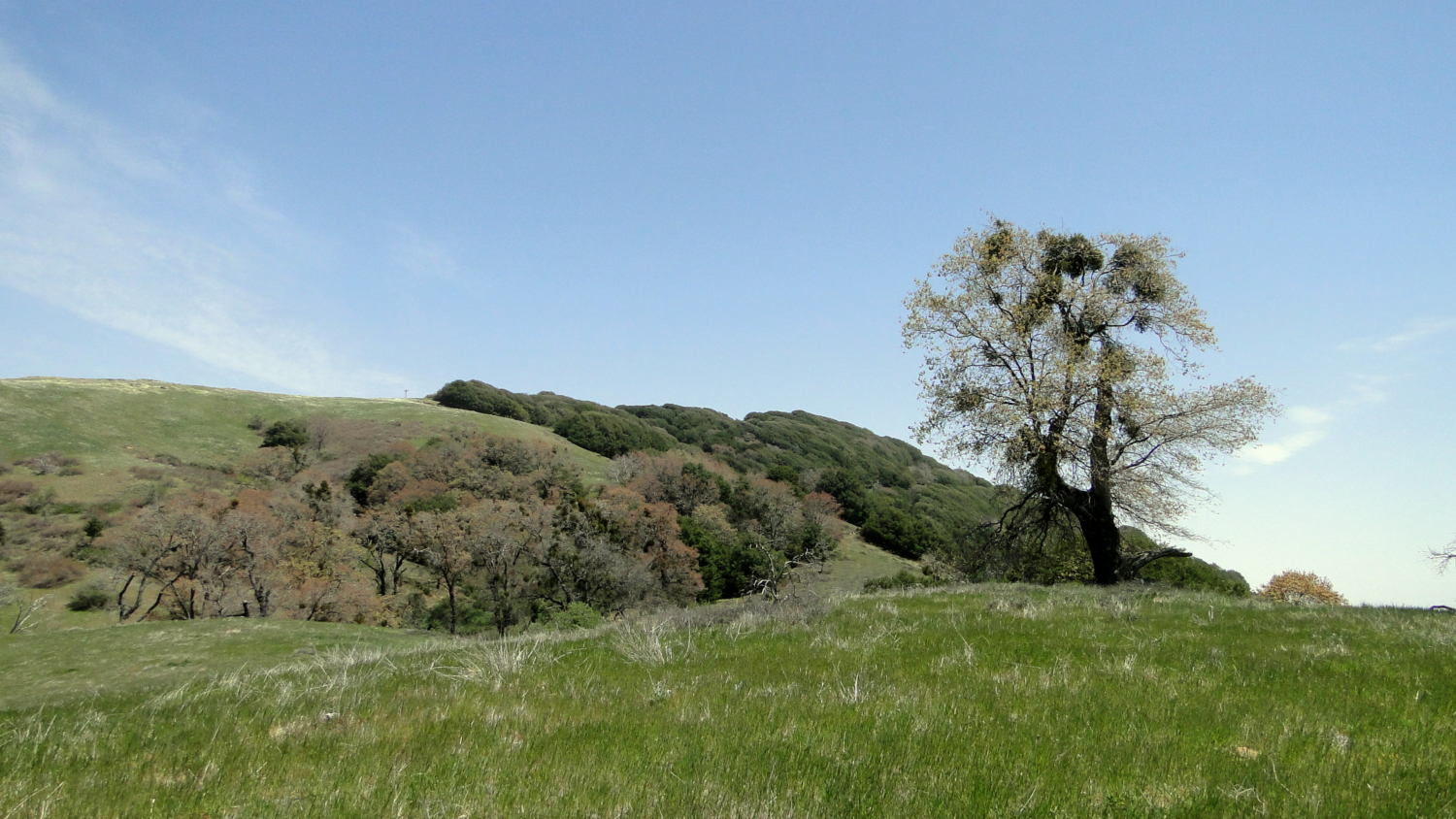 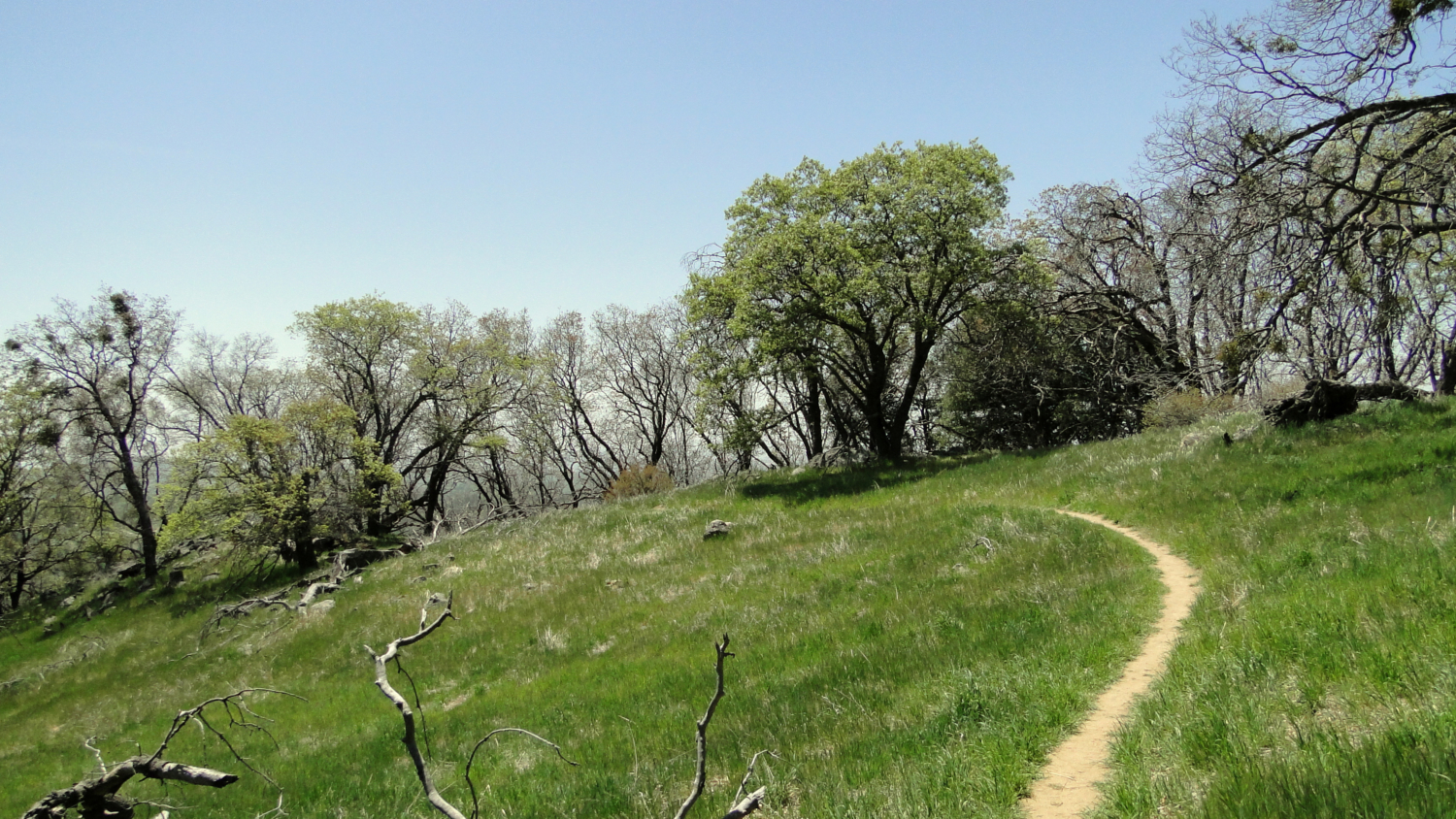 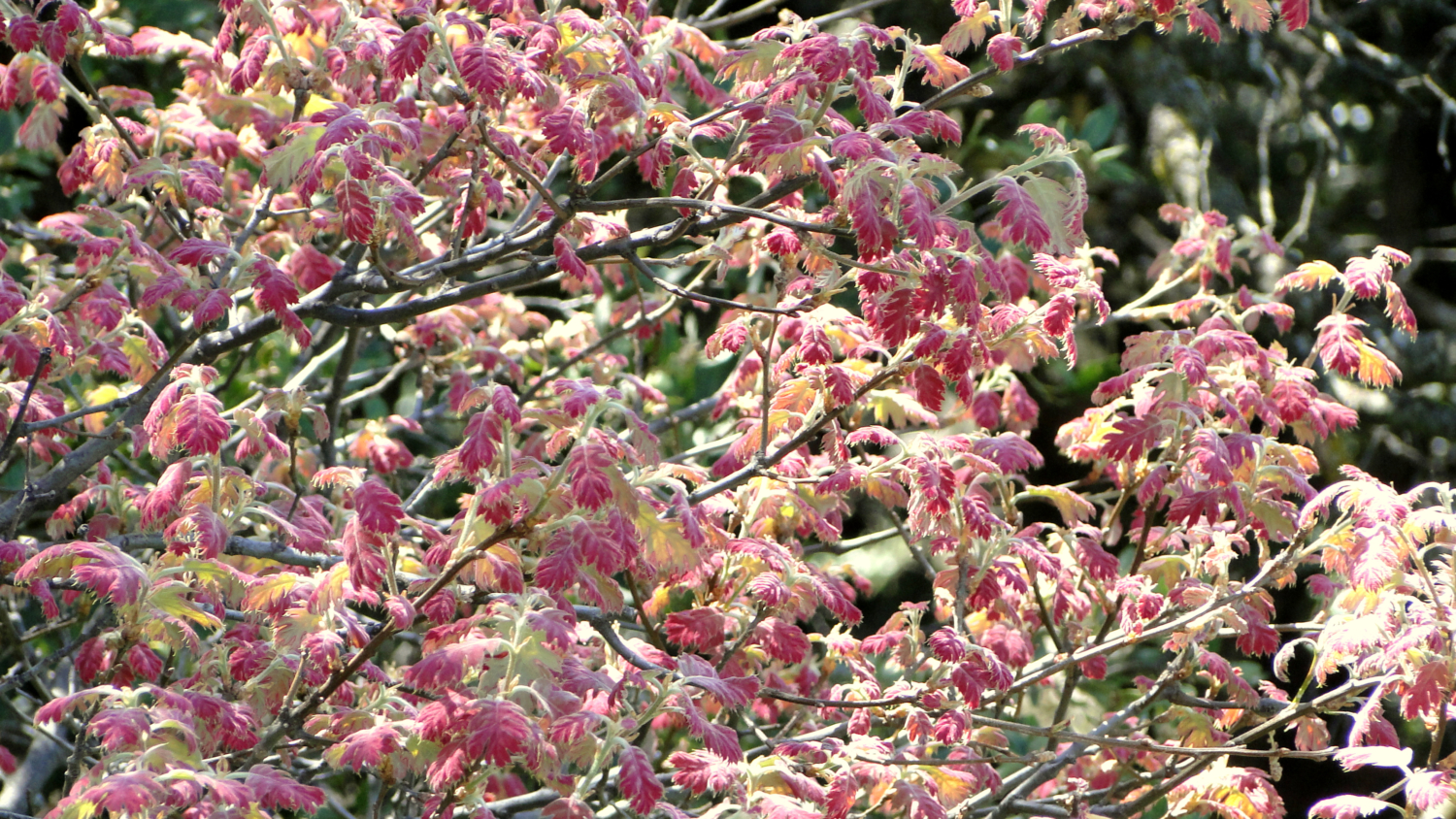 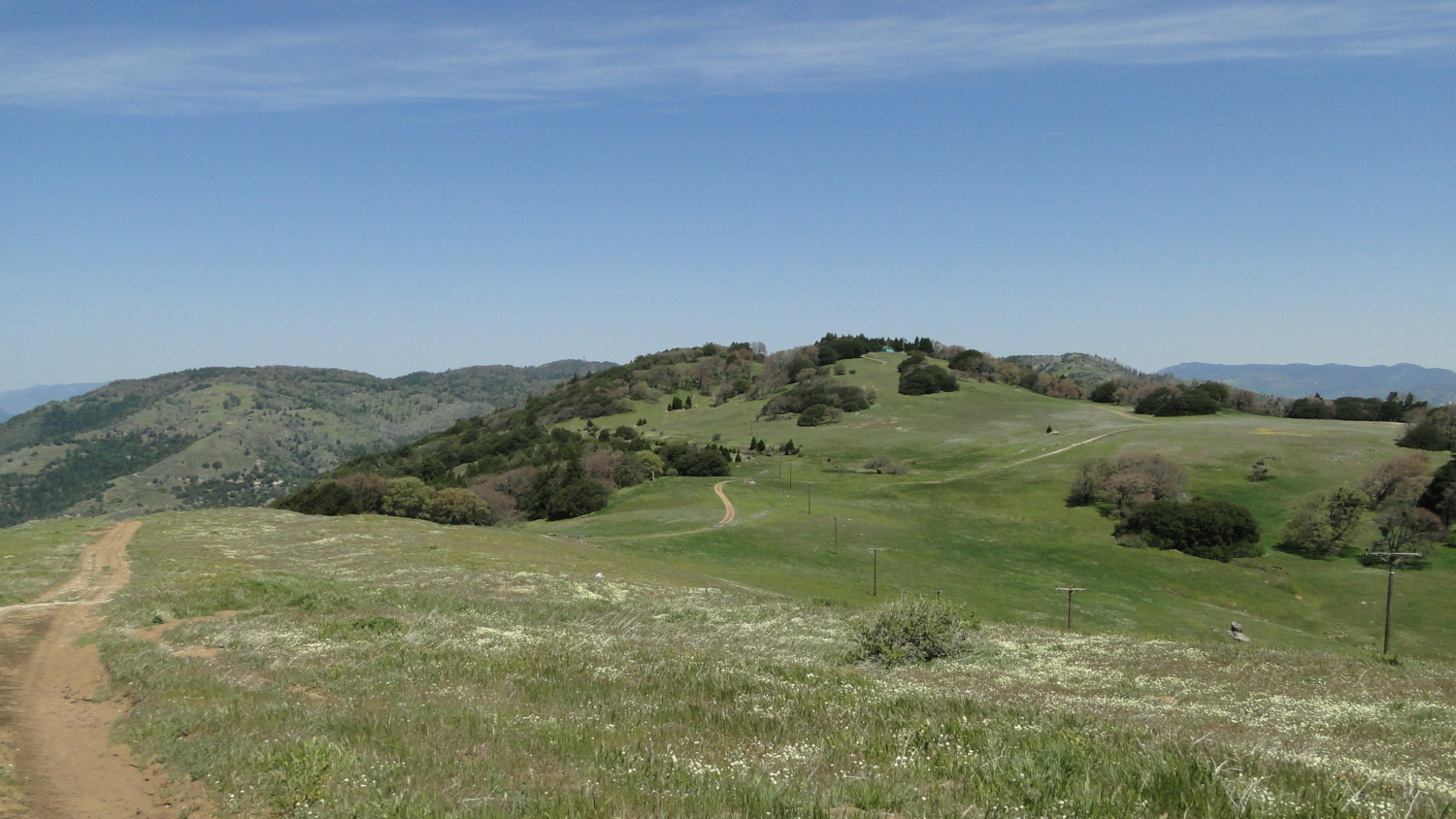 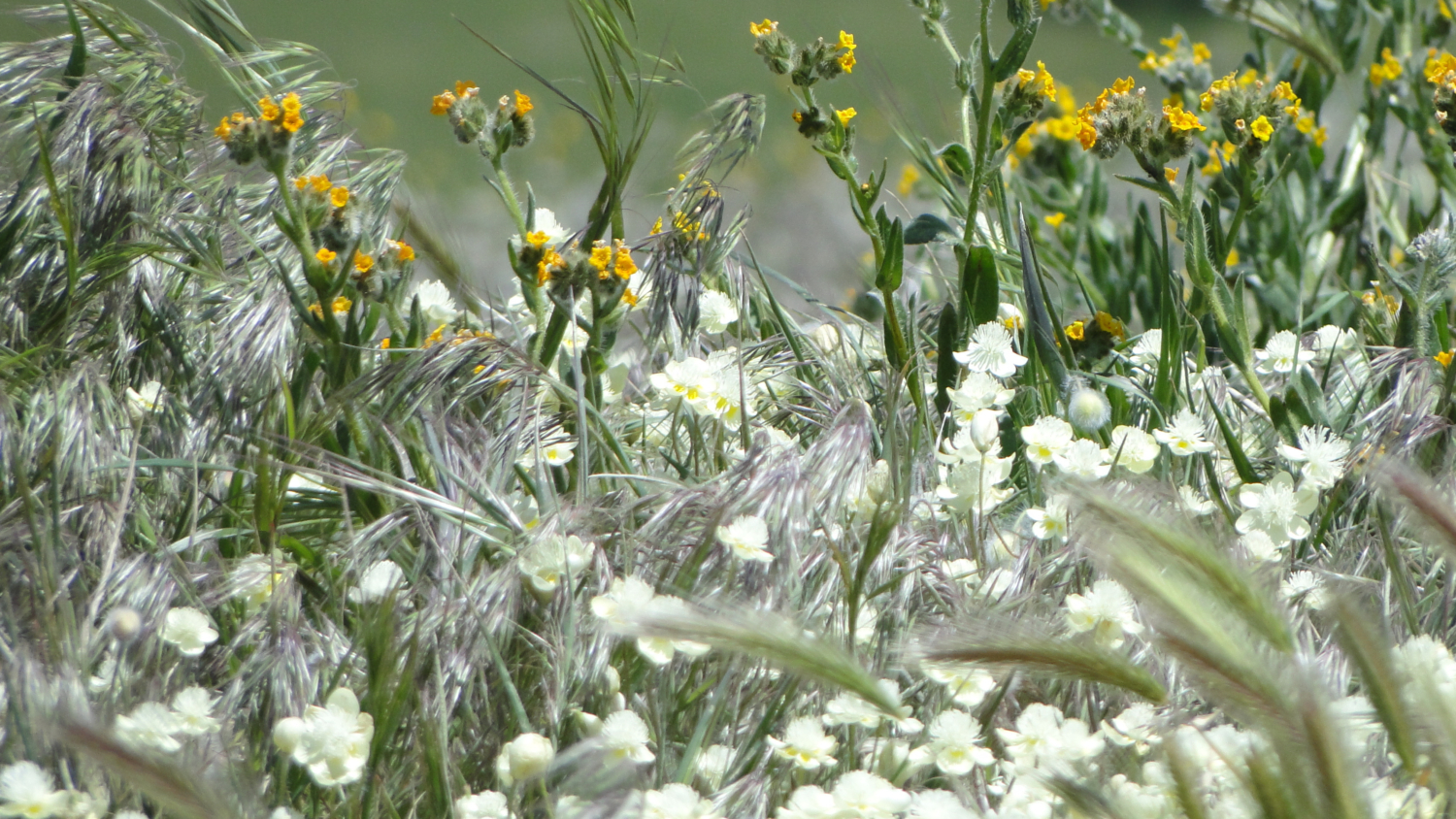 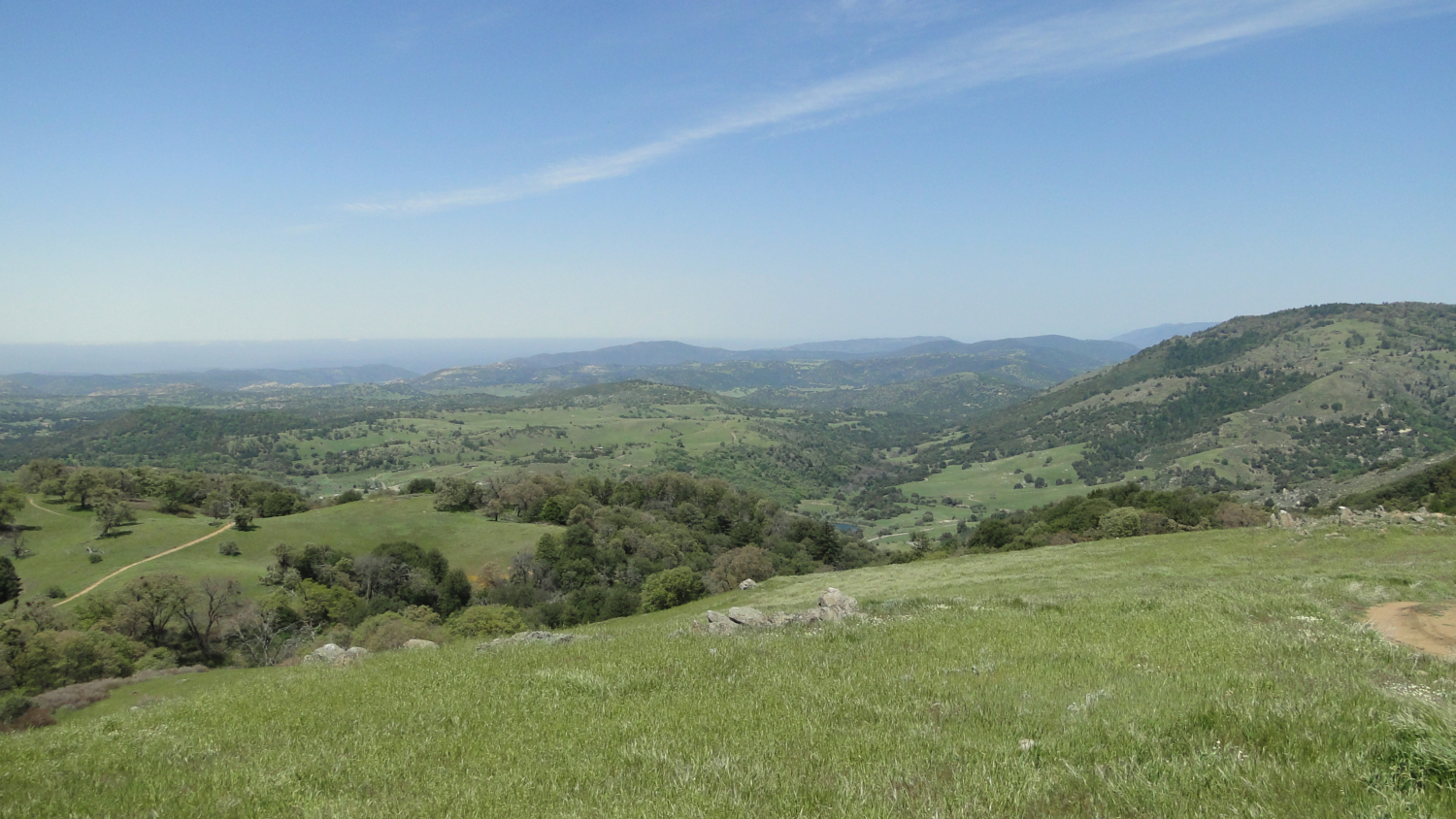 From I-8, take Highway 79 through Descanso and Cuyamaca Rancho State Park. Pass through the town of Julian and go straight onto Farmer Rd. Take a right where Farmer junctions with Wynola and then an immediate left back onto Farmer. Park on the right.