Full disclosure — we here at Modern Hiker love our June Gloom. Technically called the marine layer but sometimes also called the May Gray — or in especially long seasons “No Sky July” — the June Gloom is a thick rush of coastal fog and low-lying clouds that gives the Los Angeles region one of its few widely noticeable seasonal changes. It helps provide moisture to our native plants and generally keeps the worst of our oppressive summer / autumn heat at bay, but sometimes waking up on a weekend morning to a thick blanket of gray can put a motivational damper on your hiking plans — especially if you’re new to the city and think the thick clouds spell impending rain (spoiler: they usually don’t).

But here’s the good news — because the marine layer generally hovers at a low elevation and gets hemmed in by the geography around the Los Angeles region, it’s still possible to wake up under dense cloud cover but get a solid morning hike in under full SoCal sunshine — you just need to know where to go. Here are five of our favorite trails to escape the June Gloom in L.A.: 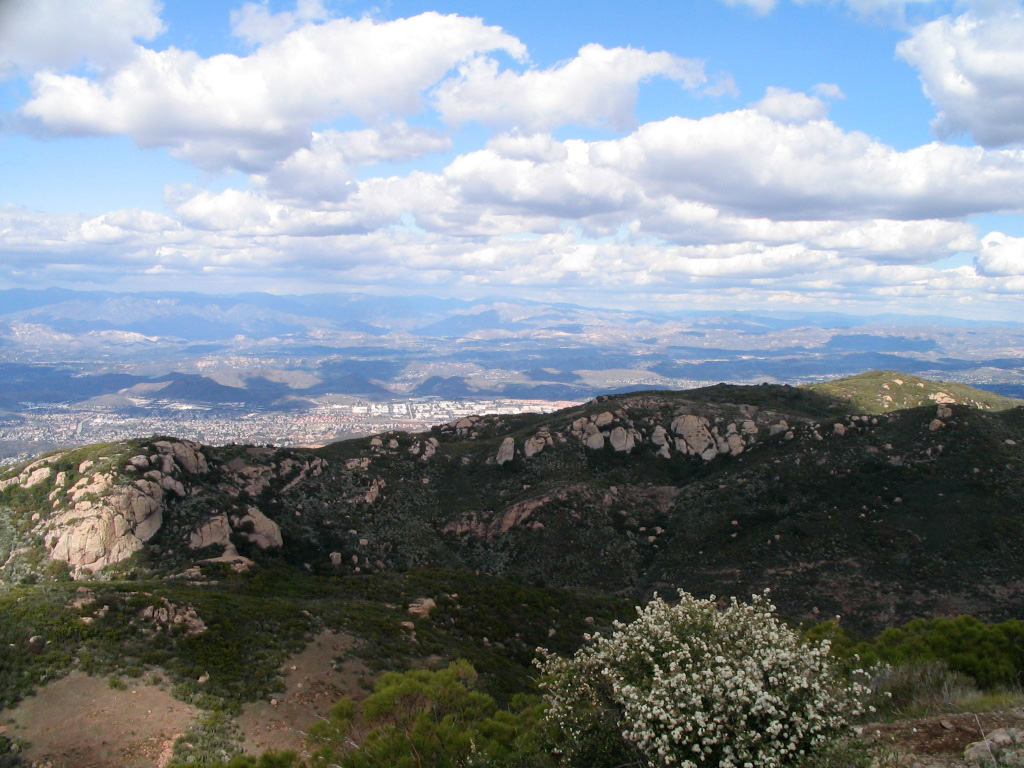 Of all the hikes we’re talking about, Sandstone Peak is probably the iffy-est in terms of reliably beating the Gloom, but we think it’s almost always worth rolling the dice on this trail. Many times, the marine layer close to the coast hovers at around 3,000 above sea level — which is juuuust below the summit of 3,111-foot tall Sandstone Peak, the tallest in the Santa Monica Mountains. That means that sometimes, you can hike this trail during the Gloom and still just see nothing but gray — but a good portion of the time you will also get the chance to basically spend most of the trail literally hiking inside clouds, then during the final scramble to the summit you can pop up above them to survey the thick, puffy blanket covering the rest of the Southland. It may take you a few times to get these conditions, but trust me — it’s an experience that’s not to be missed. 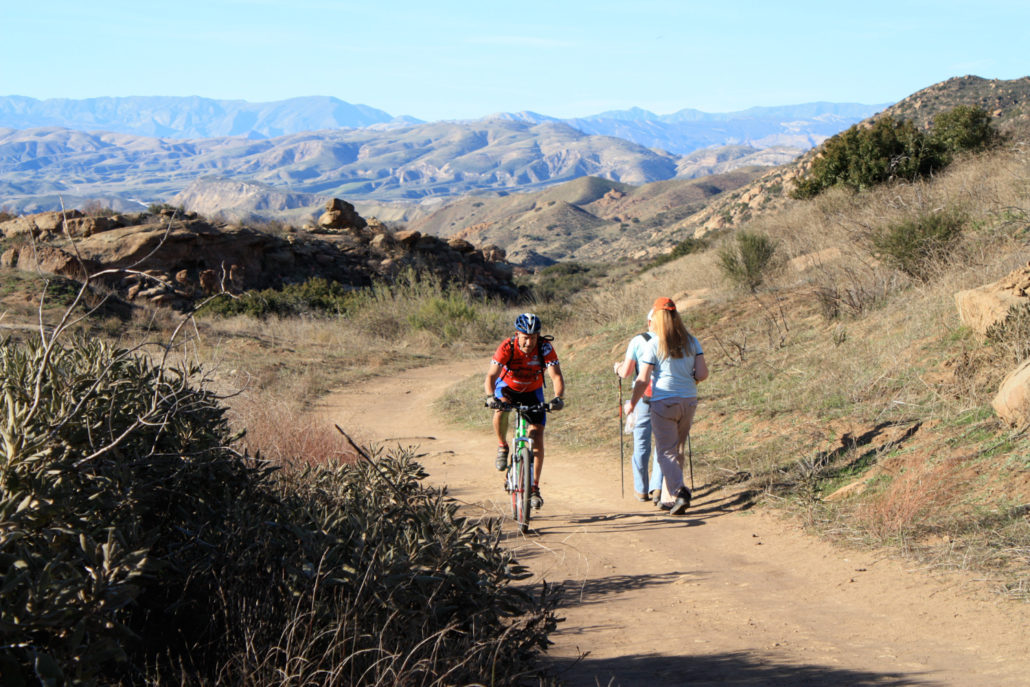 Just north of the Santa Susana Pass in the mountains of the same name, Rocky Peak is literally right next to the 118 freeway but within minutes transports you to rugged open landscape that looks right out your favorite classic Western movies (and in fact, lots of Westerns were shot in this region!).  During lower marine layers, most of the clouds will get caught along the east-west ridges of the Santa Monica Mountains to the south, while the marine layer moving in east from Oxnard and Ventura breaks at the pass or gets funneled north along the Santa Clara River. During those times, it’s well worth a trip to Rocky Peak, where the open and exposed trails tend to heat up too much by the summer for all but the heartiest hikers and bikers (or earliest risers). Enjoy this relatively quiet region as it soaks up the last moisture before the long dry season on a 5 mile out-and-back with spectacular views almost the entire way. 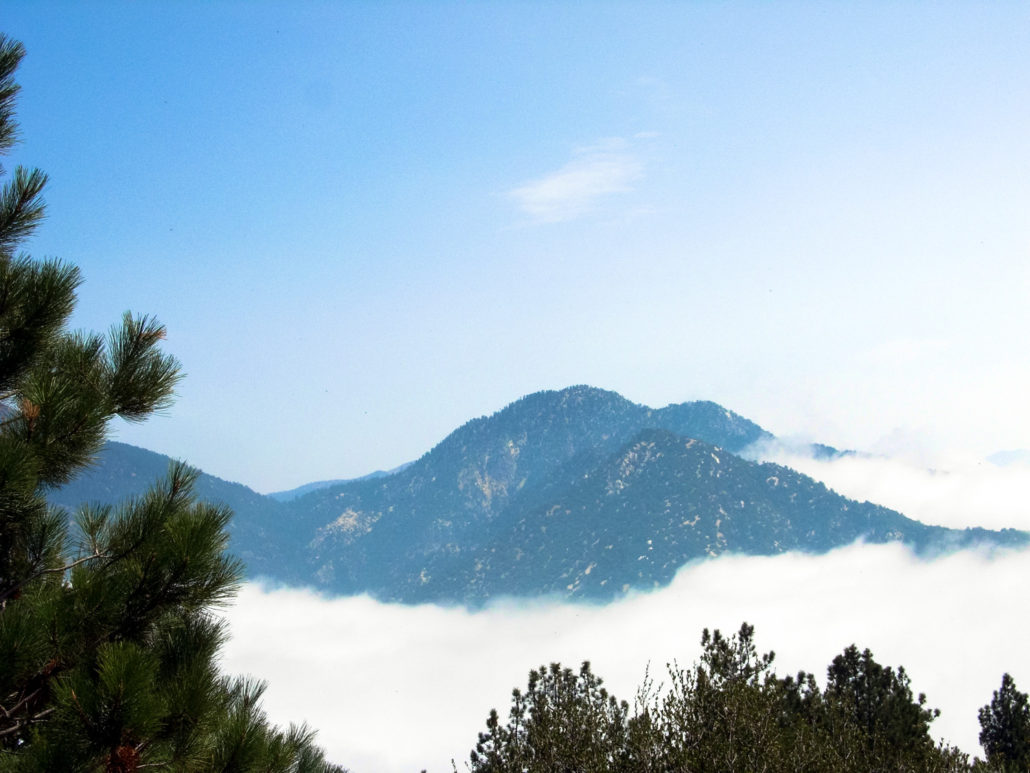 A sure-fire way to break free from the grasp of gloomy gray is to head up to the high central San Gabriel Mountains. Even the thickest marine layers reliably break around 5,710-foot tall Mount Wilson, and one of the most impressive places to watch that happen is from the perch of 5,909′ Vetter Mountain, located just to the north of Wilson on the Silver Moccasin Trail. The historic Vetter Mountain Fire Lookout burned down in the 2009 Station Fire, and while many of the trails nearby are still closed and damaged, you can hike along the paved road to the Fire Lookout Site, where volunteers still stand guard searching for smoke during the ever-elongating Fire Season. The site receives a fraction of the visitors of pre-Station Fire days, but it’s still well worth the trip — especially if you can get one of the Lookout volunteers to show you how the Osborne Fire Finders work! 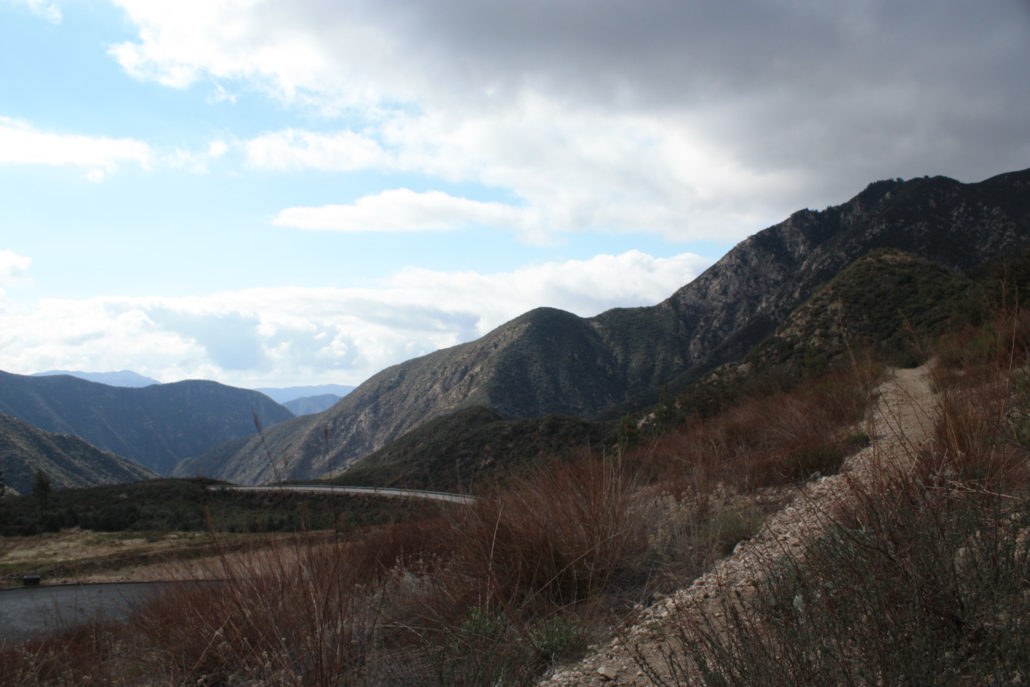 In the upper stretches of San Gabriel Canyon, 5,111-foot tall Smith Mountain can be easy to miss as you’re winding your way north toward Crystal Lake, but this rarely-visited summit has some of the most spectacular and rugged views of the San Gabriels on days with a lower marine layer. The 6.8 mile out-and-back hike is pretty smooth sailing until you get to Smith Saddle at the border of the San Gabriel Wilderness. From here, it’s a rugged class 2 scramble up a firebreak that climbs 850 feet in a half mile. But once you get to the top, you’ll have a full on 360-degree panoramic view of the San Gabriels from a perch where you can really appreciate their transverse folds. Depending on the cloud cover, you’ll either be at the perfect place to watch the clouds filling in the valleys and breaking below you or you’ll feel like you can jump up and touch the clouds instead. If the clouds are looking dense when you get to the trailhead here and you’re searching for sun, consider continuing up along the road to take a crack at South Mount Hawkins instead. 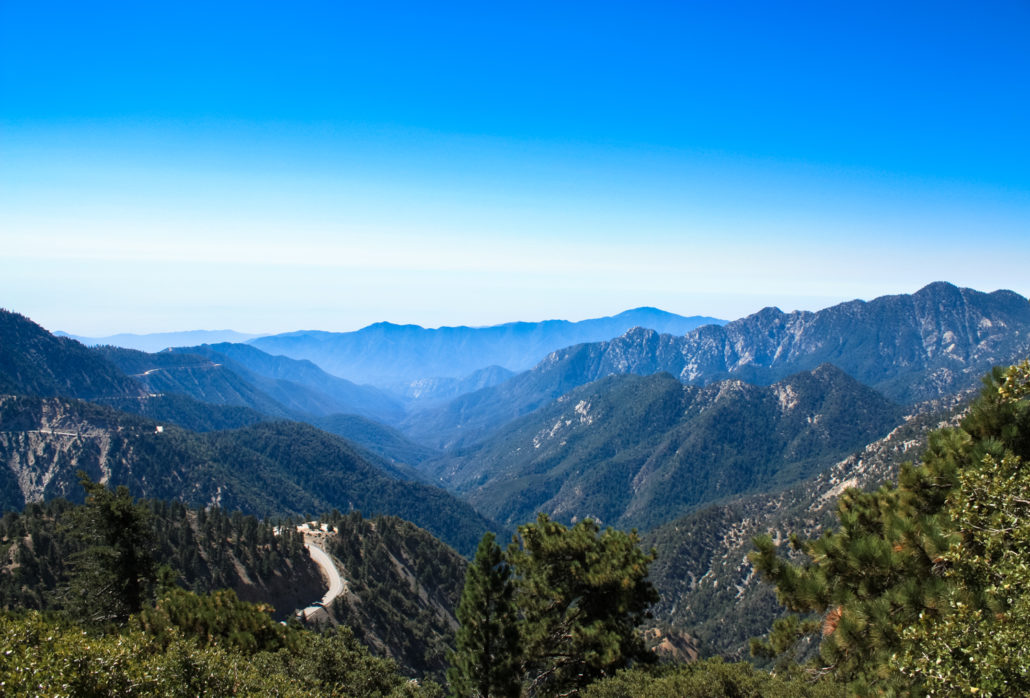 If you’re in the market for near-guaranteed clear skies, are up for a bit of a drive, and want to dodge the crowds of nearby ‘big name’ peaks like Baden-Powell, pull off at one of the two trailheads for Mount Williamson and enjoy a short stretch on the Pacific Crest Trail. At 8214 feet above sea level and on the north side of the San Gabriel Mountains near the Antelope Valley, Williamson stays clear on all but the heaviest Gloom days. And as a bonus, you can easily turn this trail into a two or three (or more) summit day, as the official summit of Mount Williamson is only the third-highest point on the mountain’s ridgeline. Whichever summit you decide to hit will have phenomenal views of the San Gabriel Canyon, though!

Where do you like to go to beat the June Gloom?