It looks like the Hollywood Sign is on track to get a brand new trail to a viewpoint — one that avoids the nearby residential neighborhoods and has potential for good transit connectivity for solid front-facing Sign views for all your selfie needs.

The Los Angeles Board of Supervisors just approved $250,000 in funding from AB 1290 and L.A. City Councilmember David Ryu (CD4) for the John Anson Ford Theatre Trail project. These funds will be added to the existing $1.25 million in County and State funds for community projects, which were secured by Supervisor Sheila Kuehl. 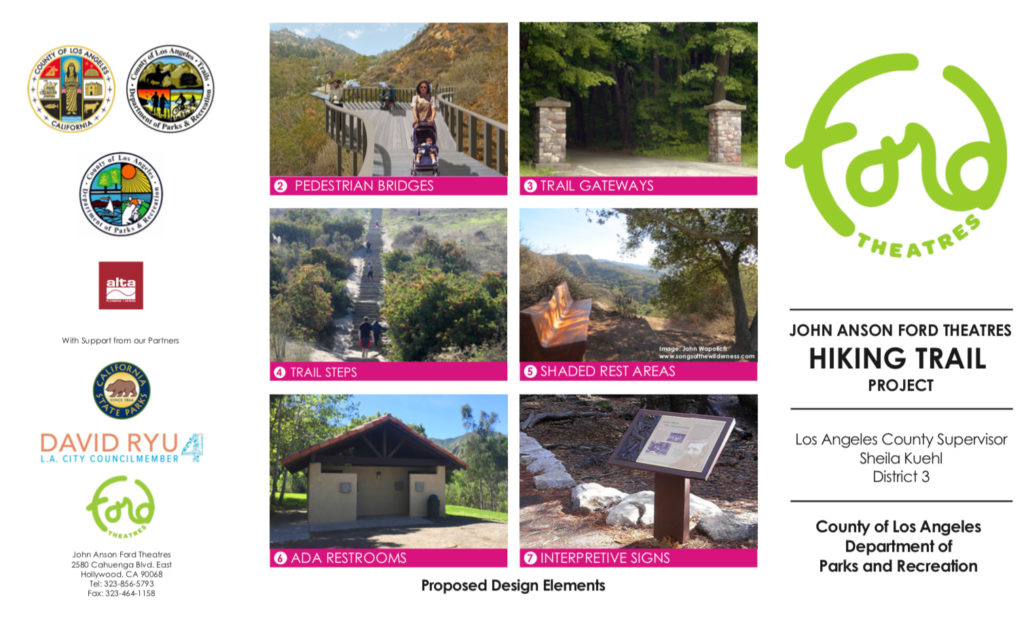 Some of the inspirations for the future trail

The proposed trail would — as you may have guessed from its name — circle the John Anson Ford Theatre on the east side of Cahuenga Pass. The trail will be about a one mile long loop with restrooms, ADA-compliant segments, pedestrian bridges, interpretive signs, and – most importantly – views of the Hollywood Sign and Hollywood Reservoir. The trail should also have excellent views of the southern foothills of Griffith Park, the Hollywood Bowl, and downtown Los Angeles, and appears to be gated to prevent nighttime access. 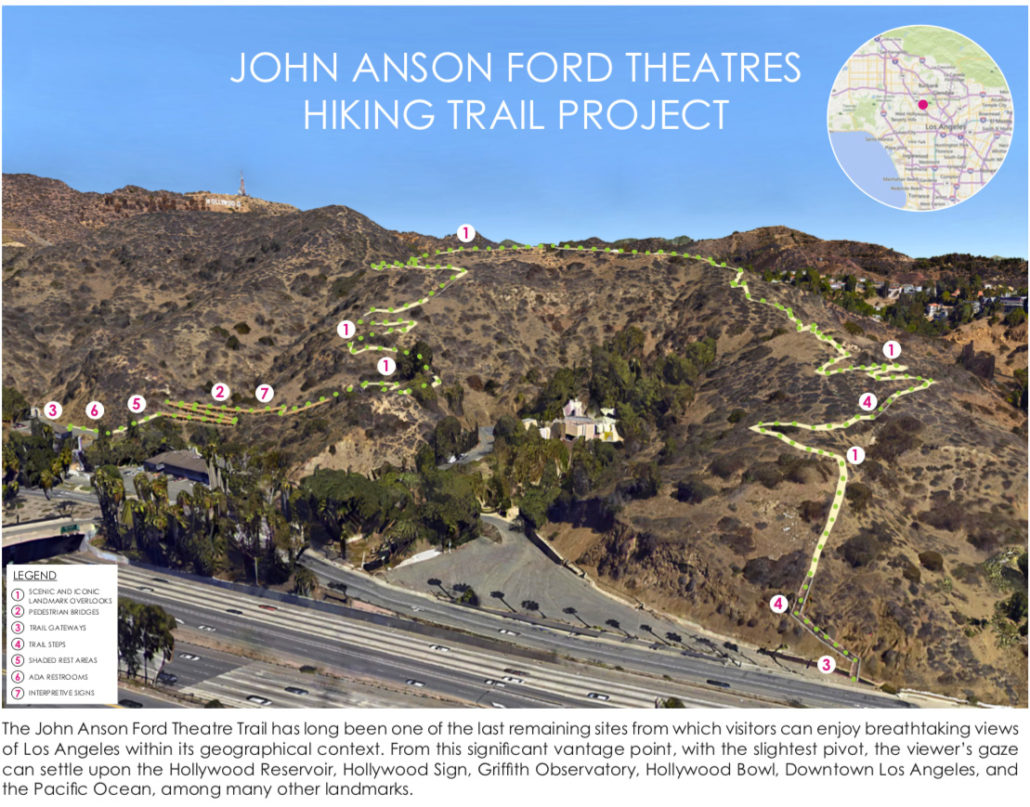 Any new trail in Los Angeles is a reason for celebration but a trail in the crowded Cahuenga Pass that — unlike the flurry of ill-conceived gondola proposals — could actually alleviate foot and automobile traffic pressure on the Lake Hollywood and Beachwood Canyon neighborhoods and trails looks like a win-win to us.

Earlier this year, we hiked nearly 14 miles in a day to 16 different viewpoints of the Hollywood Sign to highlight exactly how many different places there are to see that big ol’ sign — and how those routes could be greatly improved with a bit of transit connectivity. Currently, Metro Bus lines 222 and 237 stop at the John Anson Ford Theatres … perhaps this new trailhead could serve as the first stop on a route that would also connect the Hollywood Reservoir and Lake Hollywood Parks to take even more cars off the roads?

There is no timeline yet as to when this new trail would be open to the public. A press release sent on October 30, 2018 notes this project is now about 50% funded.