This easy, flat, just-over three mile trail takes you around the perimeter of the Hollywood Reservoir (sometimes known as Lake Hollywood), an artificial lake in the Hollywood Hills. This path was closed for several years due to landslides and was reopened in April of 2013. A nice stroll with good photo ops, this hike is a nice option for a peaceful stroll or jog with unusual views of the Hollywood Sign and some beautiful 1920s architecture.

Back in 2005, Southern California had an unusually wet year – and a deluge of rainstorms caused a fairly large series of mudslides that closed off the entire route around this reservoir. The eastern side was repaired and reopened in 2009, but it took until April of 2013 for the western side to finally re-open to the public (of course, most of the delay was bureaucratic).

Now, hikers, joggers, bikers, and casual strollers can complete a 3.3 mile loop around the Hollywood Reservoir, a structure built in 1924 to provide emergency drinking water for the city.

I headed up here on a warm weekday afternoon to see what all the fuss was about – and while it’s not necessarily a hard hike (or even on a trail for most of the route), I found it a very pleasant way to spend a bit of time strolling around a part of the city that’s been inaccessible for so long.

Park your car on Lake Hollywood Drive on the steep hill just to the north of the reservoir and look for the entrance on the west side of the road. I know it looks kind of like an ominous military checkpoint, but just walk on through and note the posted closure times – they’ll lock these gates near sundown throughout the year. The smooth, level, paved path winds its way on the north side of the Upper Hollywood Reservoir – with occasional views of the northern body of water, too. It’s surprisingly lush – not unlike the area around the Franklin Canyon reservoir. Unfortunately, unlike Franklin Canyon, you are not able to get down to the water – or even close to it. And for most of the trip you’ll have to look at the reservoirs through a chain link fence – but that’s because the reservoirs are both still in active use by the city. I hope that one day Los Angeles comes to its senses and turns these inefficient water storage tanks into actual parks – but until then this route is still pleasant and quiet – and the trees and reservoirs provide a lot of safe havens for birds.

In about a half a mile, you’ll finally be within good sight of the Hollywood Reservoir itself – and I’ll admit I was pretty impressed with it’s size and cleanliness. You can make out the Hollywood Sign to the east here and there are a lot of good views – even through the fencing. The trail continues along the reservoir’s west bank and at just before the mile mark you’ll come upon what I found to be the highlight – the 1924 Mulholland Dam. This is an unusually elegant dam from early-modern L.A. history and it’s in great shape. When you’re done admiring the views of the Hollywood Sign to the north and actual Hollywood to the south, be sure to note the gorgeous typeface on the historic plaques and the bear fixtures on the city-facing side of the dam. After you cross the dam, you’ll note a gate on the southern side of the path that will let you exit to Weidlake Drive and the maze-streets of the Hollywood Hills. Stay to the left to continue your loop around the reservoir.

The east side of the water isn’t quite as nice in my opinion – you don’t see the water that often and you’ll have to content with the encroachment of very fancy houses on your views – but it’s still a pleasant and easy route to take – and it’s always more fun to make a loop than to double back on things you’ve already seen. If you’re lucky, you may even spot some wildlife – I had three deer bound in front of me on this stretch of trail when I hiked in mid-day. At the 2.6 mile mark, the path ends and spits you back out onto Lake Hollywood Drive at Tahoe Place. From here, the remainder of the route is on a dirt sidewalk next to the road. Be sure to wave to the tour vans on their way to take pictures of the Hollywood Sign, knowing the views you got were much, much more interesting. 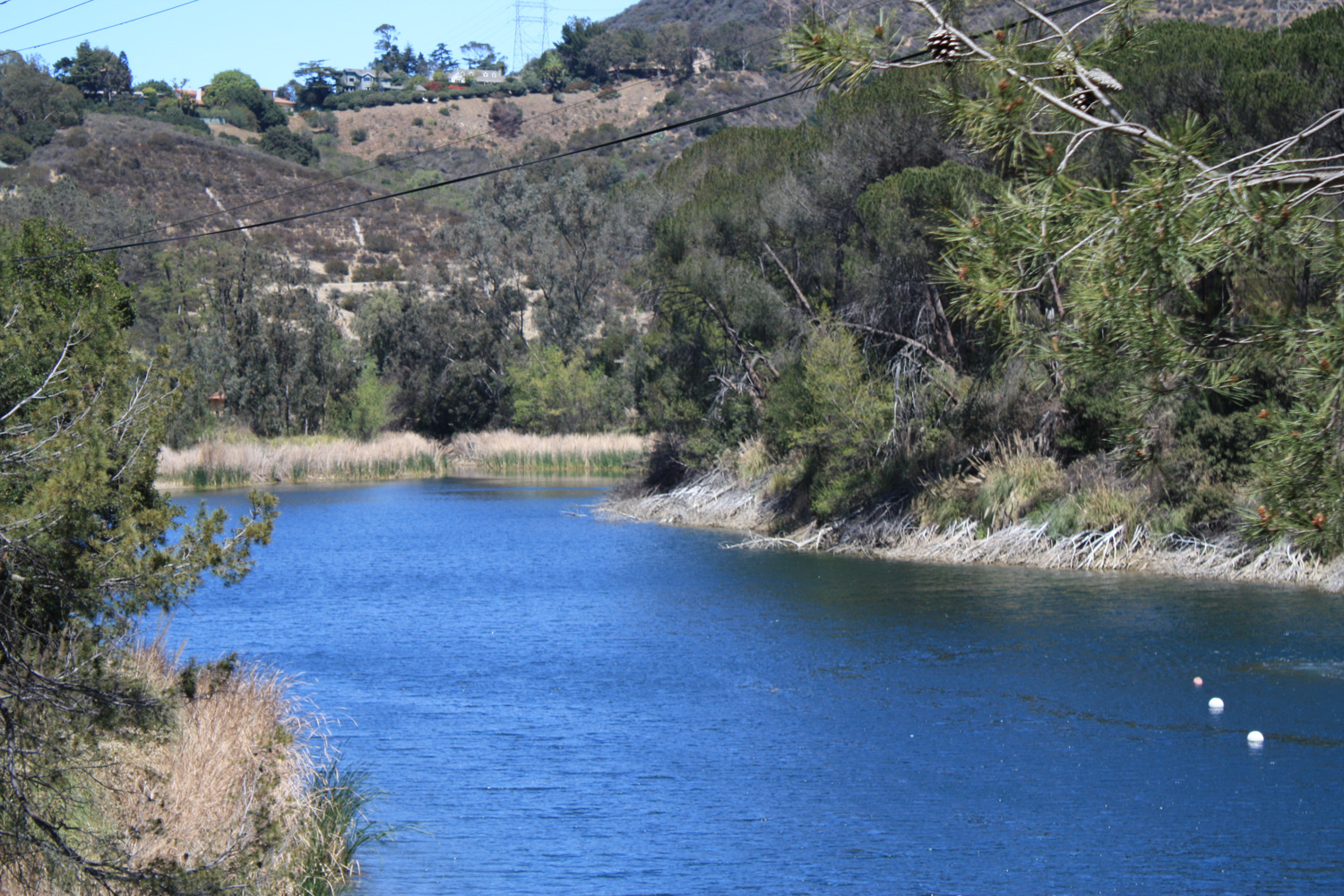 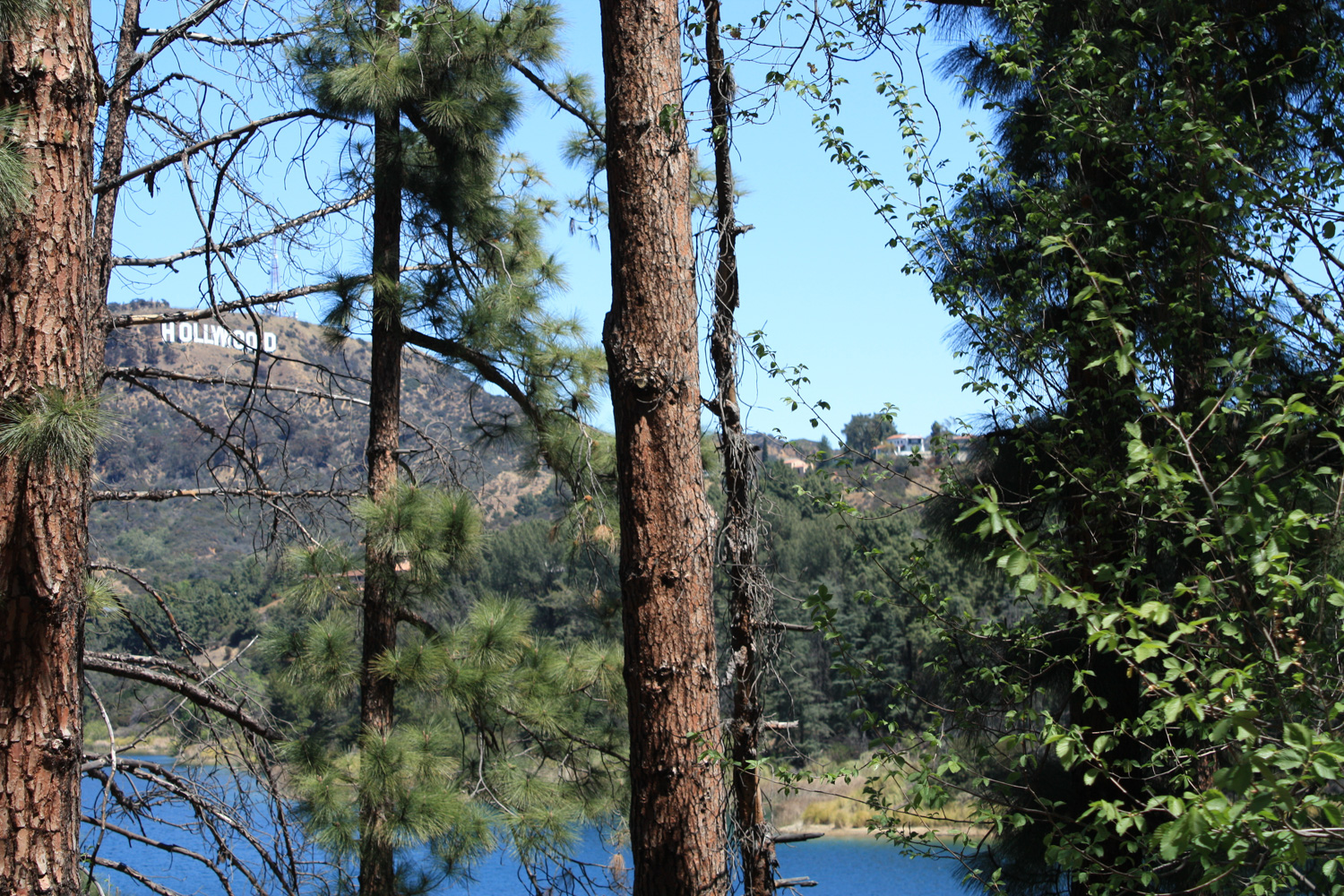 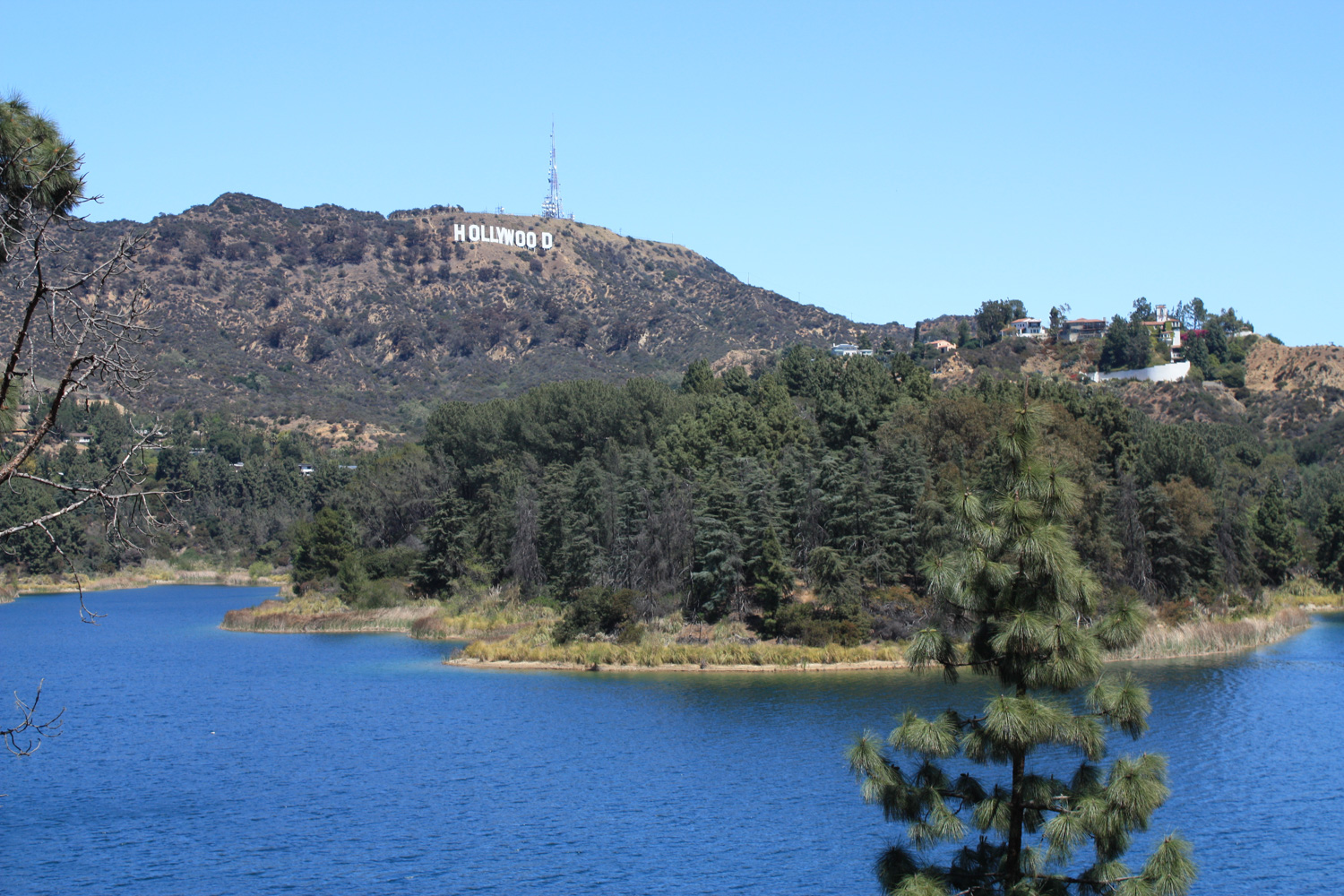 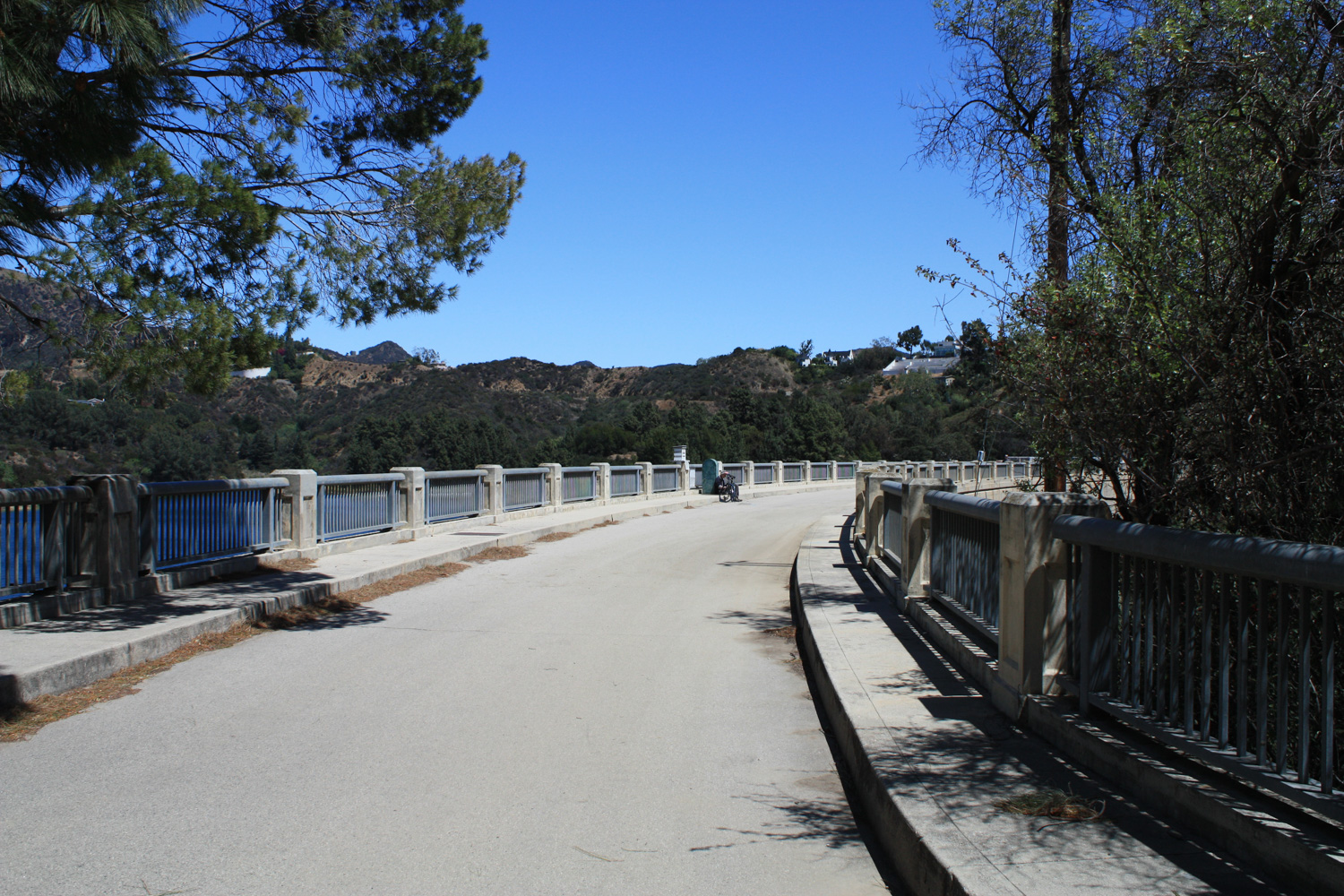 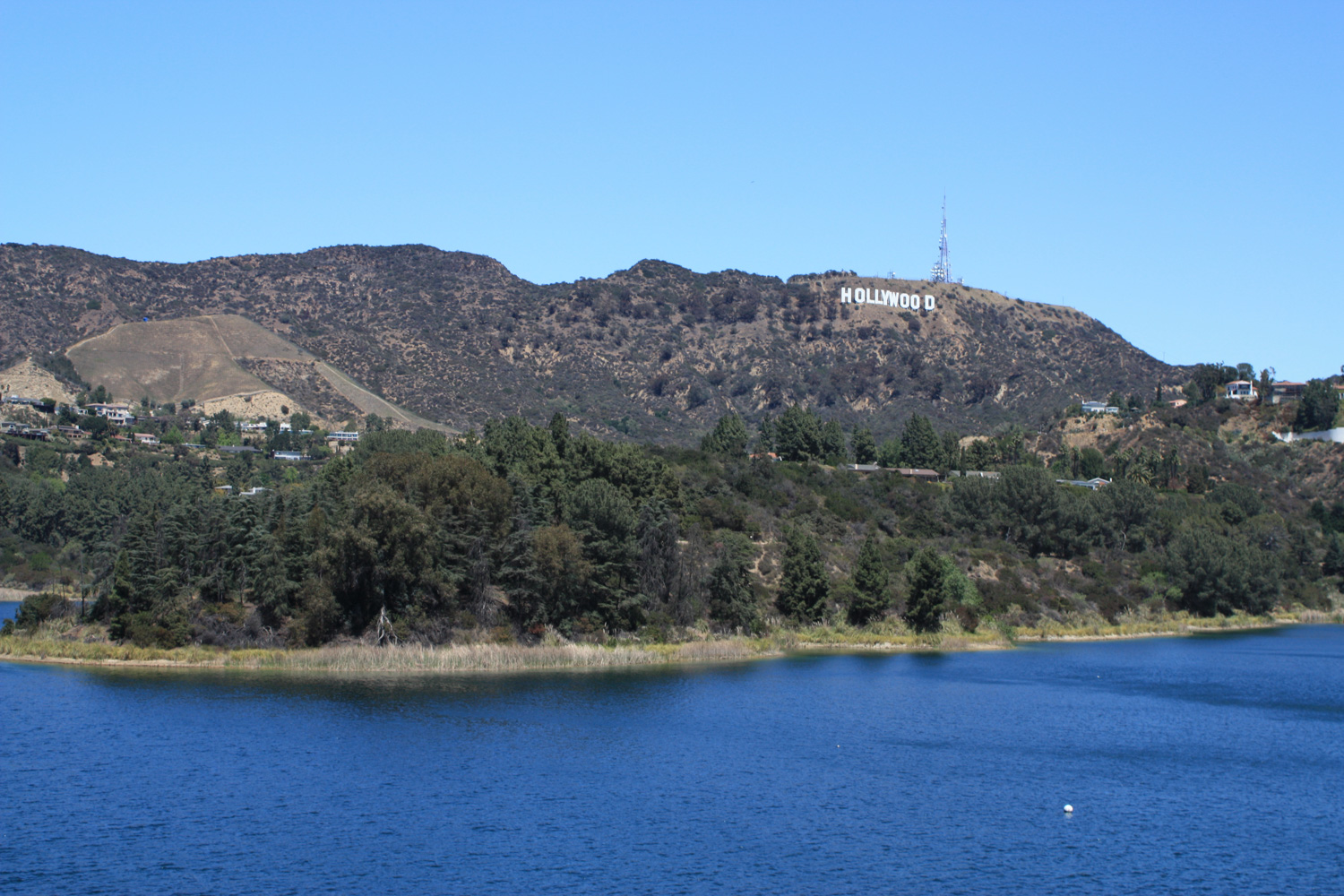 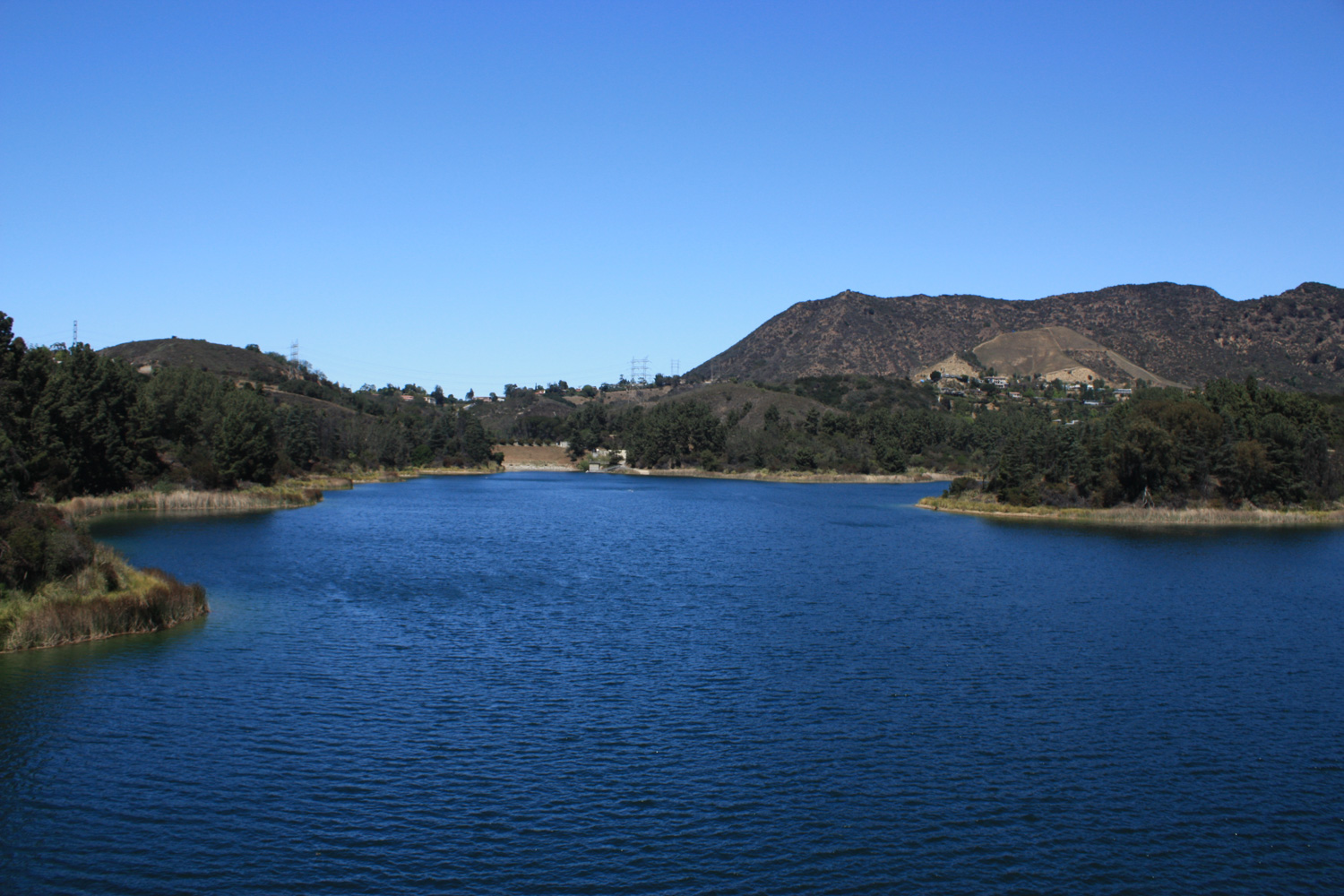 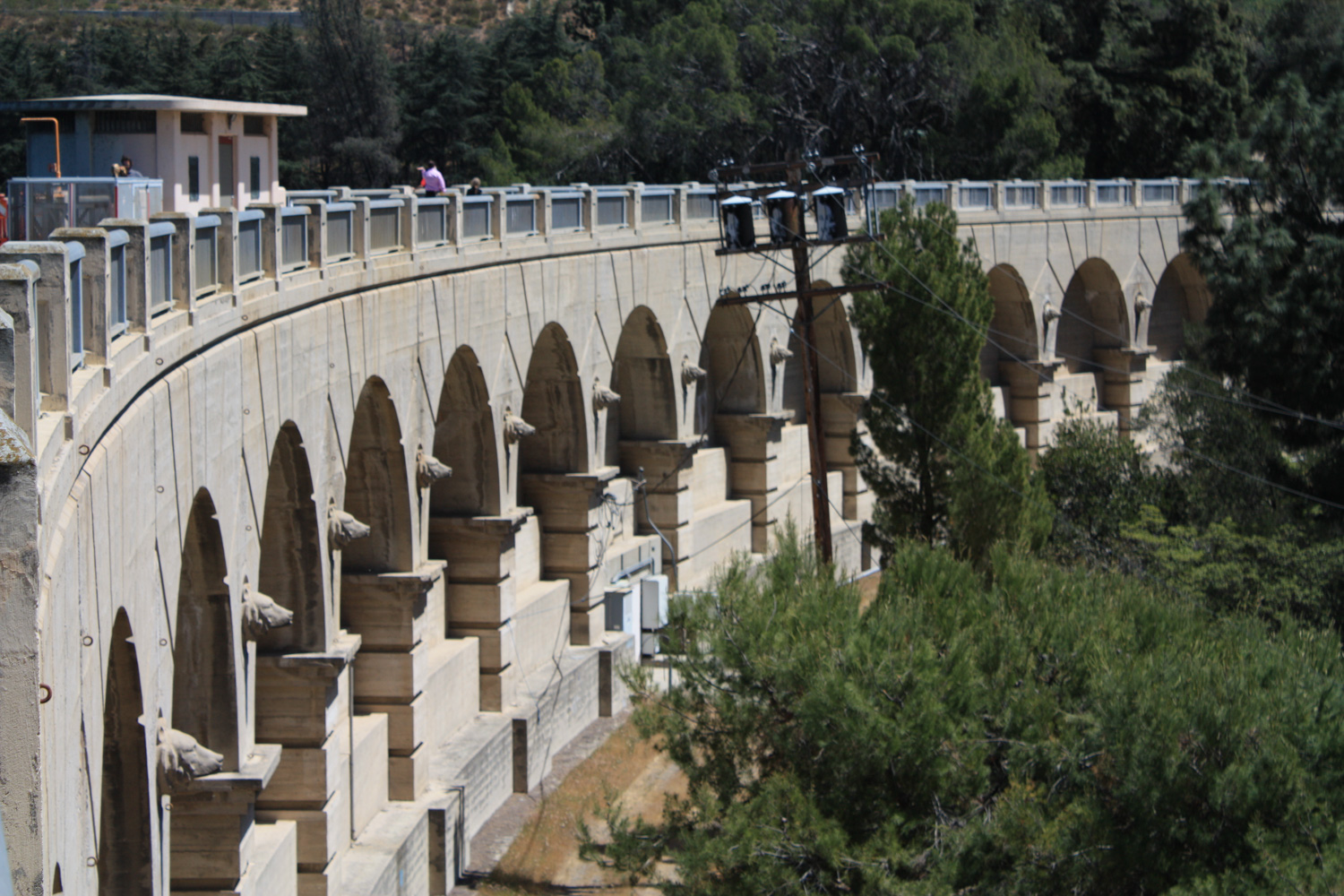 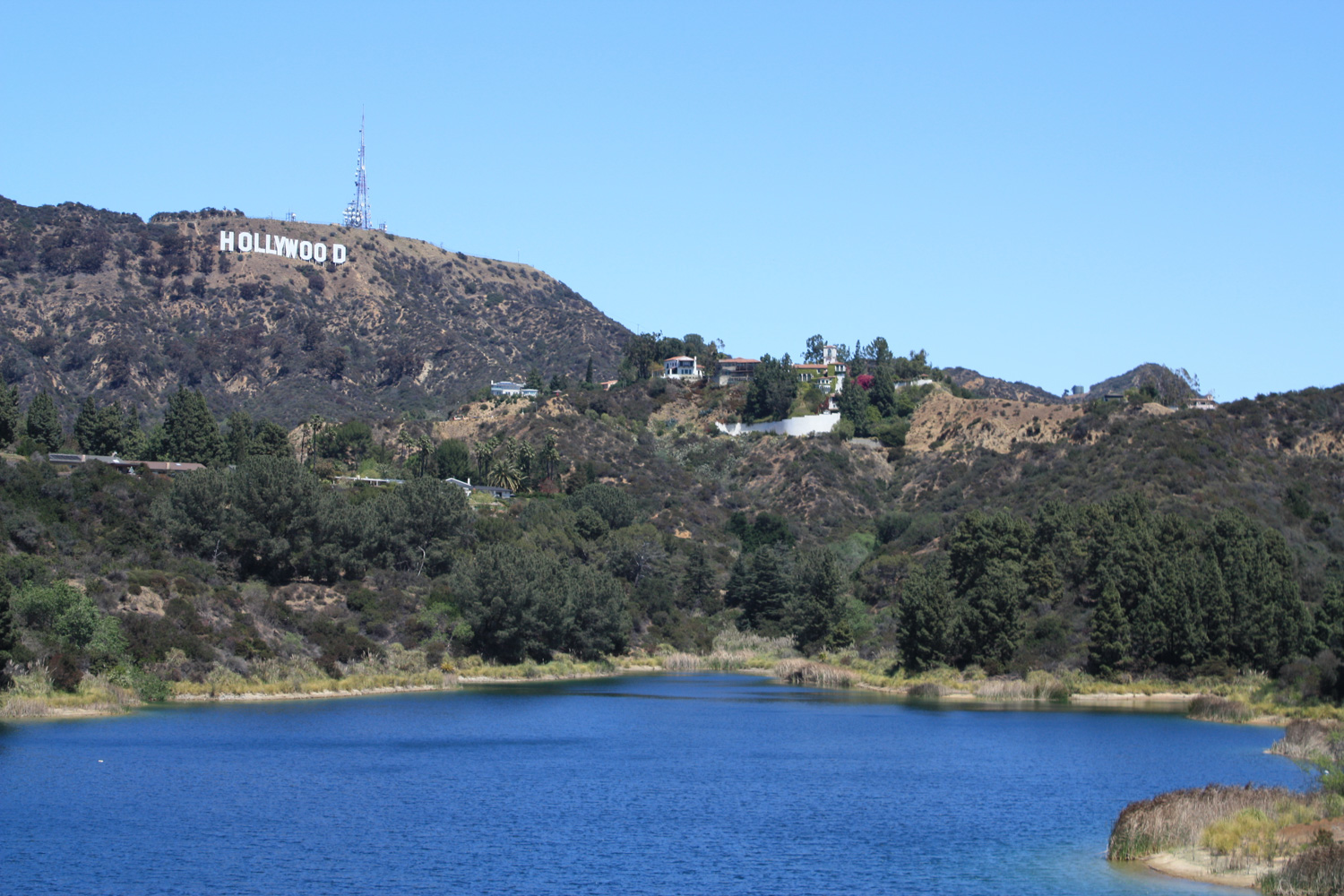 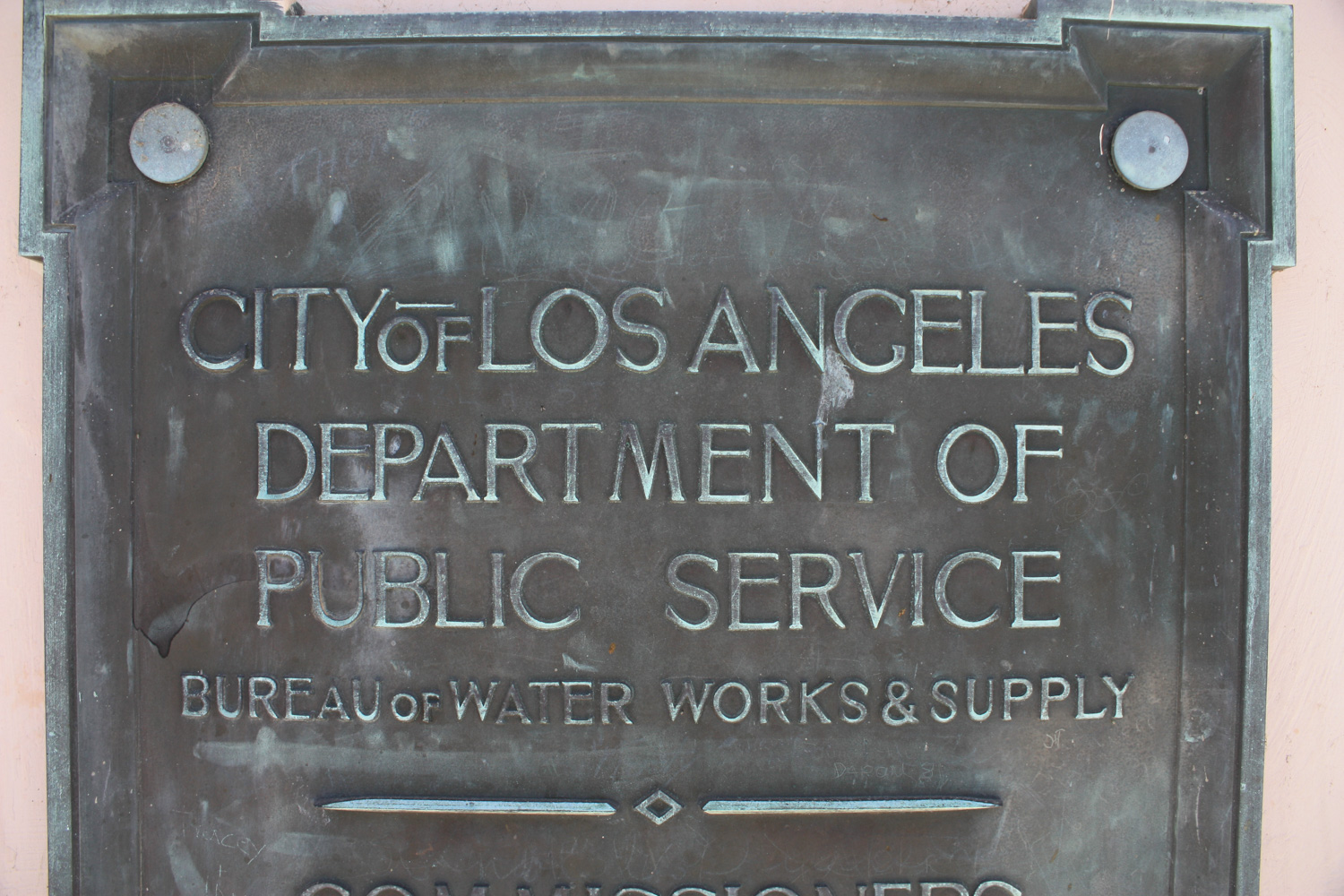 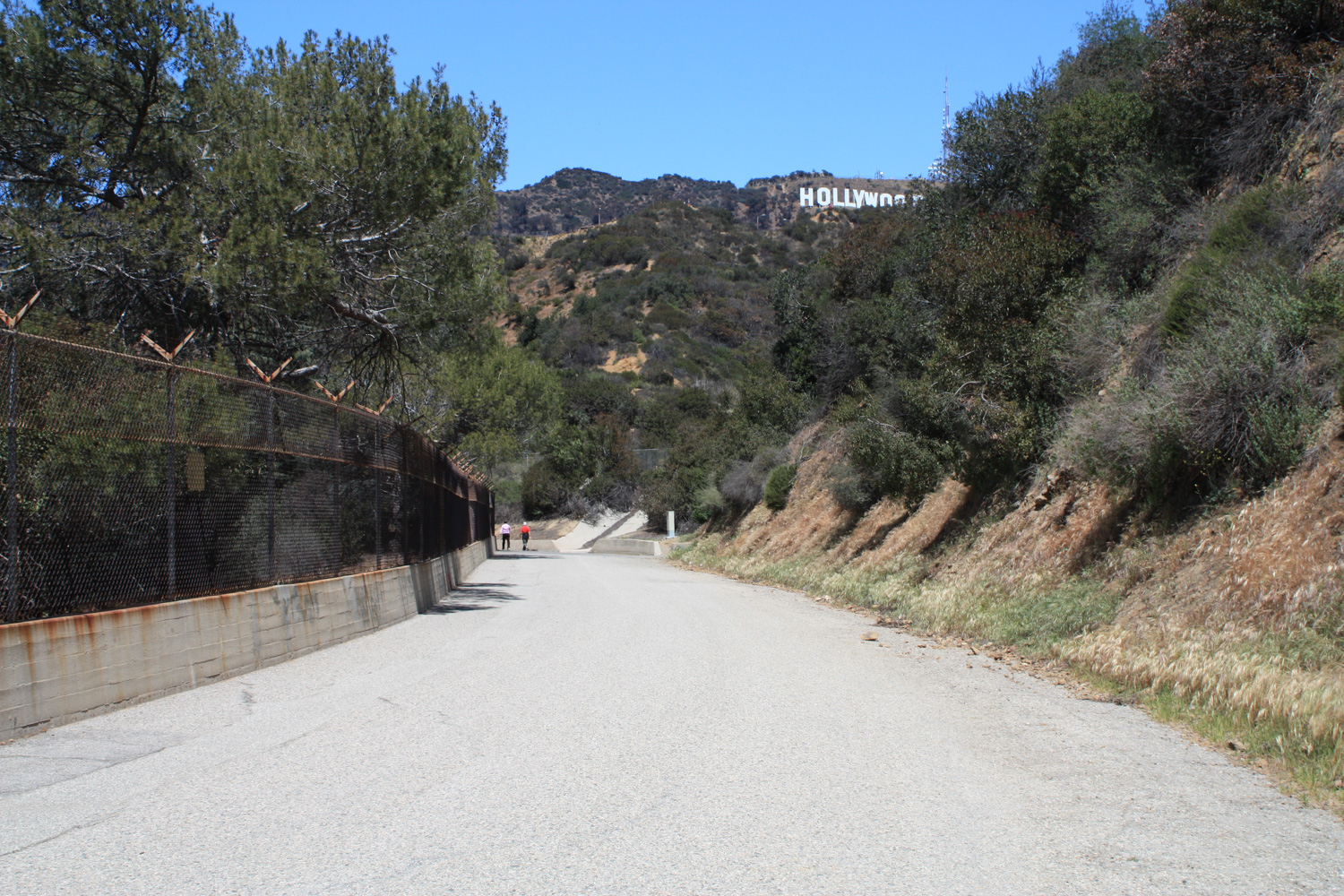 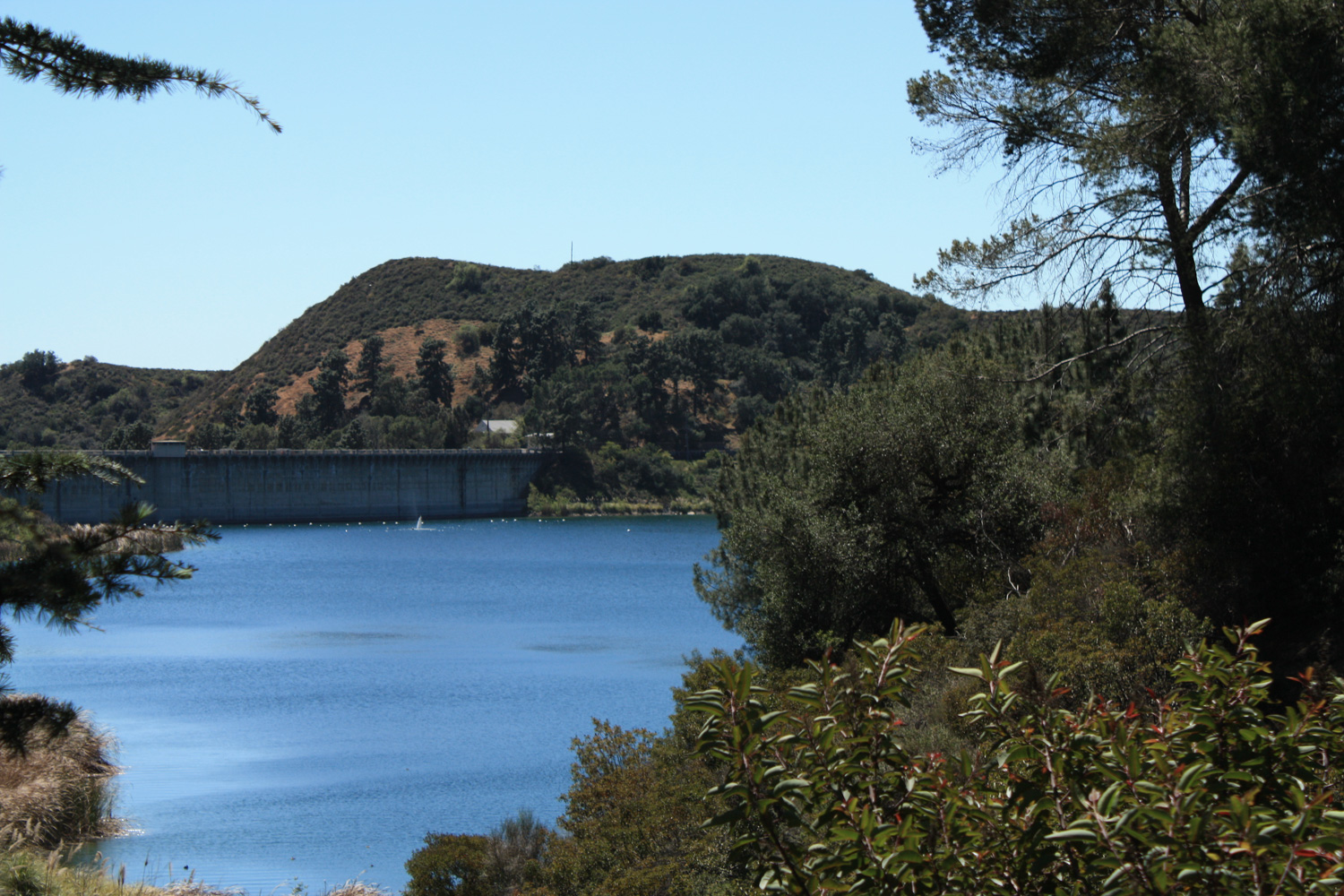 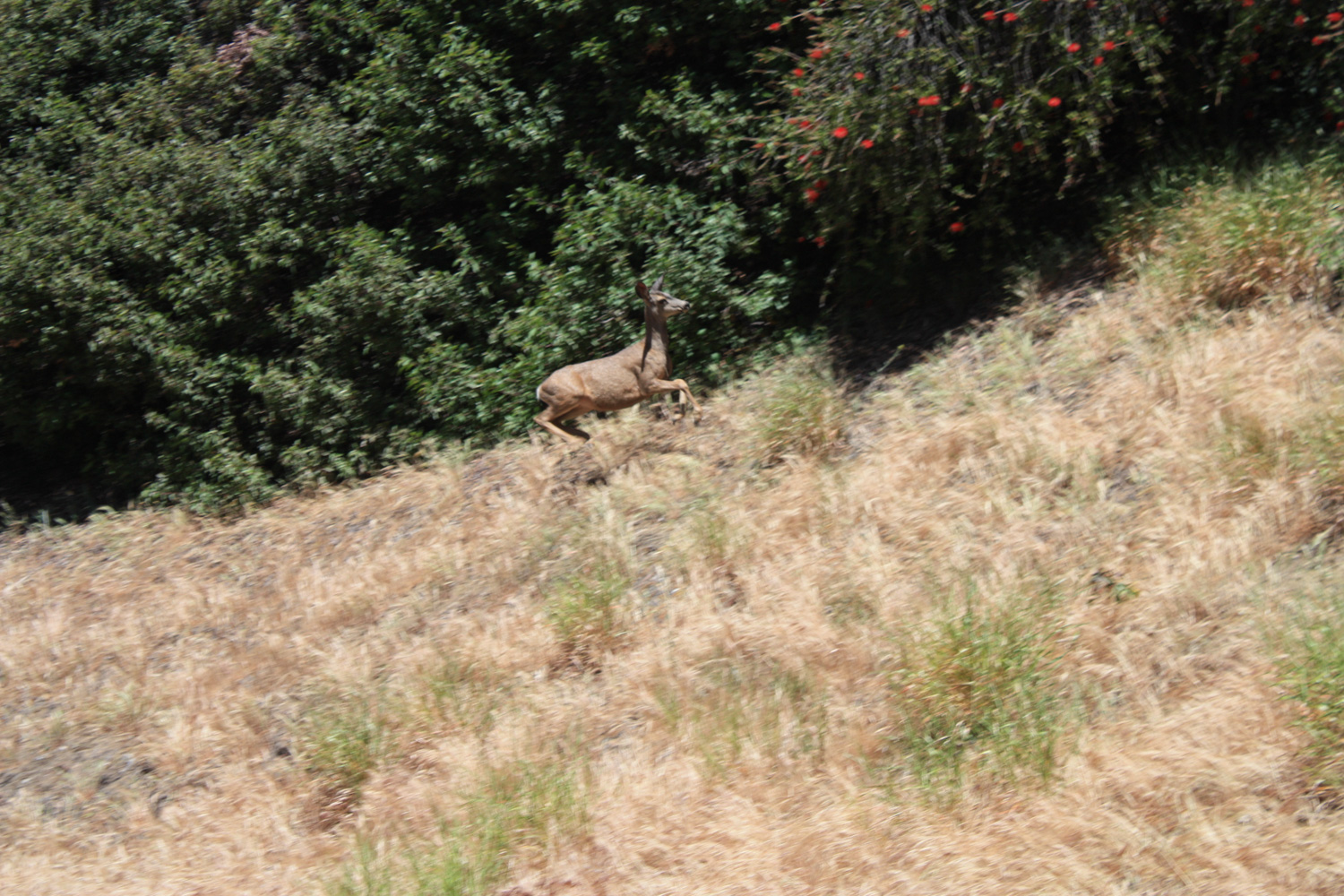 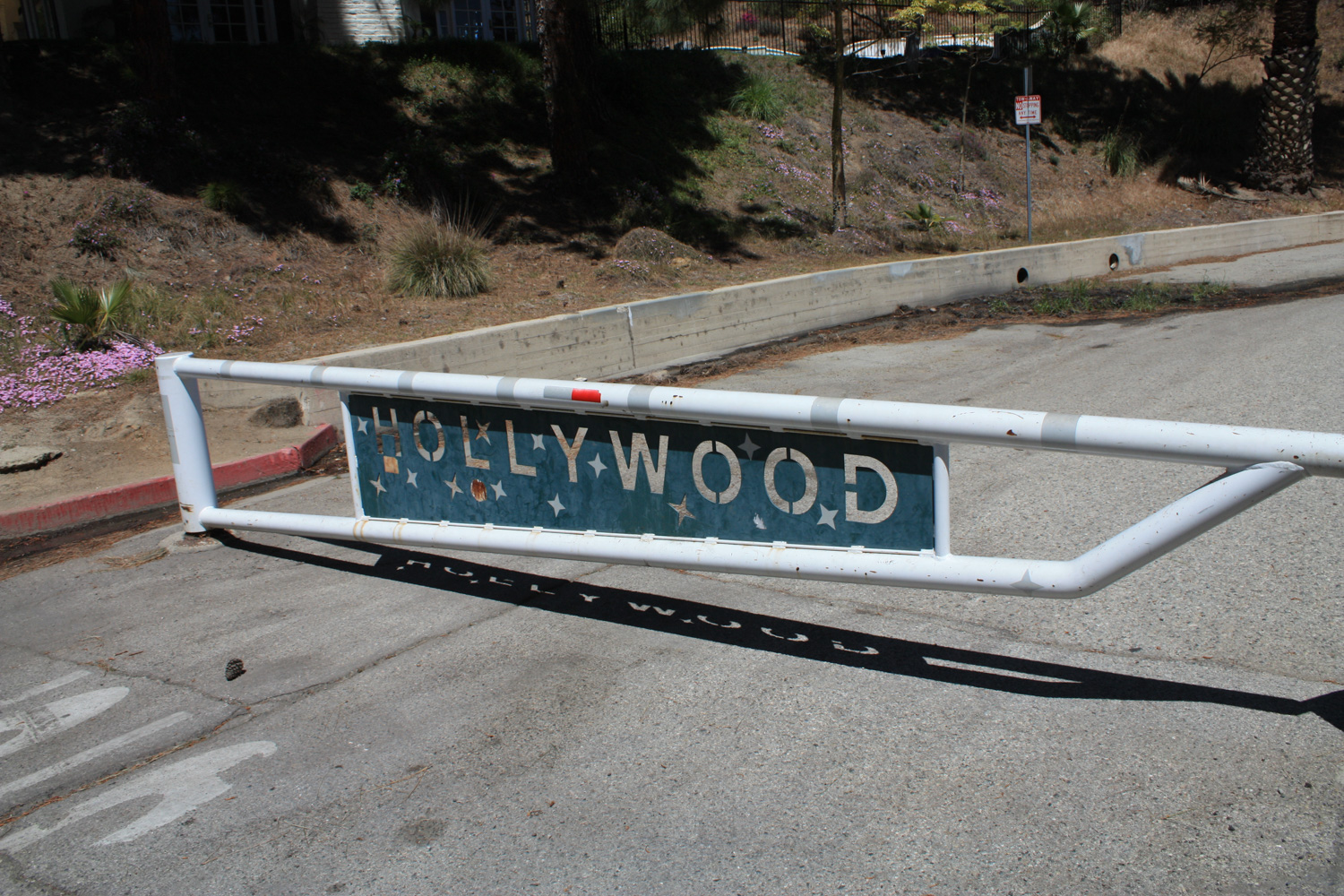 Excellent - this route is paved.

From the 101 northbound, exit at Barham and head east. Take a right onto Lake Hollywood Drive and stay on that road as it winds through a hilly residential neighborhood. At the stop-signed intersection with Wonder View Drive, descend down the hill toward the reservoir and park on the street near the gate to the reservoir path. No passes required.