Ask the average person what they envision when it comes to San Diego’s open spaces, and you’re likely to hear about long, sandy beaches stretching endlessly under bluffs studded with Torrey Pines. You might hear about sun-blasted boulders protruding out of a carpet of chaparral on the way up to the summits or Iron Mountain or Mt. Woodson. Or perhaps you might hear about the Bayside Trail on Point Loma offering views of Coronado and Downtown. What you you may not expect to find down here is a lush forest with trickling springs and streams, shimmering ponds, grassy meadows dotted with wildlife, deciduous trees that put on a colorful show in Spring and Autumn, air so clear that Caltech still runs a world-famous observatory here, and superlative views from Mexico to the San Gabriel Mountains. 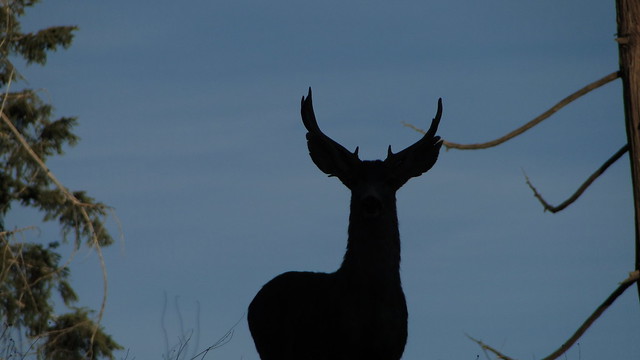 All of this can be found at Palomar Mountain, a long, flat-ish range in the northeast corner of San Diego County. Palomar’s southeast to northwest orientation and moderate elevation act as a barrier for Pacific Winter storms, which stall out and dump copious amounts of precipitation during wet years. While most of San Diego County receives around 10-15” of rain per year, Palomar averages double that, and the park has been known to reach rainfall totals more consistent with the Sierra Nevada. 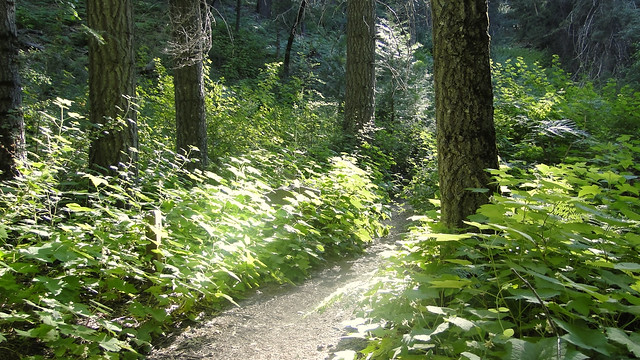 This 9 mile hike takes a comprehensive look at most of the highlights of the State Park, which will include the Boucher Hill Lookout, Doane Pond, both Doane Valleys and French Valley, Chimney Flat, the old apple orchard, and Scott’s Cabin. While this long loop is achievable for most hikers, shorter loops visiting each destination are possible. I recommend purchasing a map at the ranger station for  to construct smaller loops based on any of the above destinations. 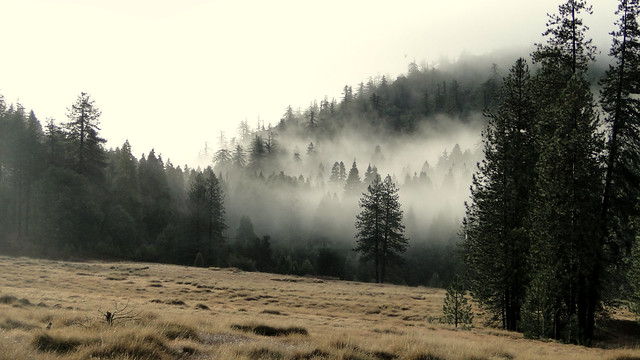 This trip begins at Silvercrest Picnic Area, which offers nice views over a part of the county as well as a picnic area and restrooms. After you’ve paid and parked ($10 as of 3/19/2018), you’ll walk along the road heading north to reach the Boucher Hill Trail. Follow this moderately ascending path up Boucher Hill through groves of black oaks, whose leaves flash gold in Autumn and magenta in Spring. Upon reaching the summit, you’ll arrive at the Boucher Hill lookout tower. The State Park operates this 70 year-old lookout in conjunction with the NFS. You’ll get your best views here, including all of San Diego county west of the Peninsular Ranges, Mt. San Jacinto, Mt. San Gorgonio, Santiago Peak, and even Mt. Baldy shimmering in the distance. Depending on the season, the tower itself may be open, and volunteers will explain how they and their sister tower on Palomar’s high point spot and report wildfires. 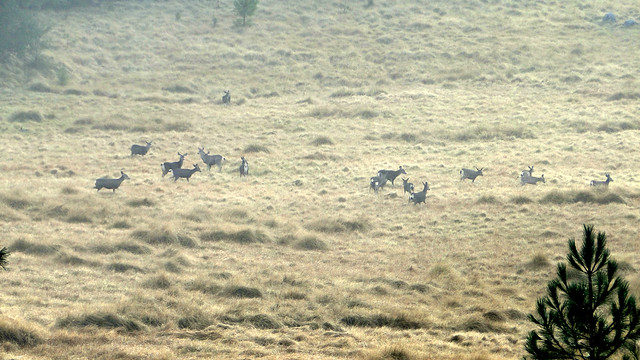 Find a continuation of the trail just past the observation deck on the other side of the Boucher Hill access road. The trail descends from Boucher’s summit through a recovering burn area that was scorched in the 2007 Poomacha Fire. This is the least scenic stretch as there are many dead trees with sporadically-pruned undergrowth. Also keep an eye out for poodle dog bush, which causes a nasty allergic reaction similar to, but worse than poison oak. After this slightly tedious stretch, you’ll cross a crumbling road and soon emerge into a sloping meadow. It’s common to see flocks of wild turkey or herds of deer in this area. Ignore the poorly maintained Baptist Trail veering off on the right and instead head straight to Cedar Group Camp, where you’ll find three large sites beneath a thick grove of cedars and canyon live oaks. Pass through the camp until coming to the Cedar Trail on the other side of the road. 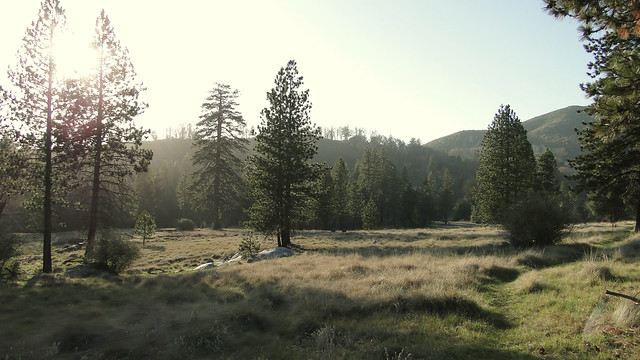 Following the Cedar Trail, you’ll undulate up and down through gullies and ridges as the forest becomes denser. In Spring, you’ll see patches of showy western azaleas and Pacific dogwood in the ravine, which are more commonly found in the Sierra Nevada Mountains and coastal ranges. After a steep descent, you’ll emerge from the woods at  Doane Pond, which shimmers in the sun at the base of a broad, forest-rimmed meadow. This is upper Doane Valley, which is the heart of the park and the most beautiful part of the Palomar Range. This is also the hub of the park’s activity, with the pond attracting children and fishermen and the campground often attracting families who fill up the sites on the weekends.

Here, you will find the trailhead for the Doane Valley Nature Trail on the edge of the parking lot near the restroom and the pond.  The Nature Trail plunges almost immediately into a dense, cool forest through which runs Doane Creek. The reliable presence of water along the creek supports the most beautiful and varied portion of Palomar’s forest. Along this watercourse, you’ll walk beneath towering firs, cedars, alders, and more enormous black oaks. Dense patches of berries cluster around dogwoods and box elder trees, while the spring-fed creek trickles merrily along. While some people like to compare this area to the Sierras, I actually find it more reminiscent of Big Basin State Park north of Santa Cruz, which protects a lush old-growth redwood forest. There are no redwoods here, but the cool, damp environs are nevertheless evocative. 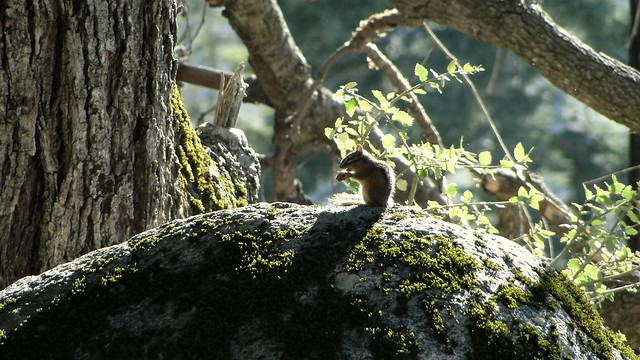 Veer left onto the Weir Trail and continue on as the forest transitions into slightly drier land, upon which towering ponderosa pines emerge. The view to your right opens up to Lower Doane Valley, a grassy meadow fringed with tall pines that recalls the meadows in Yosemite Valley without the towering granite walls. This is where you’re most likely to see wildlife, especially if you’re here early in the morning or late in the afternoon. Walking this segment, I once saw a herd of about 30 deer grazing here after a rain storm. Soon, you’ll re-enter the burn zone as you near the weir. The weir is an old stone gauging station erected to determine whether electricity could be produced from Pauma Creek. The attempt came to nothing, but the structure remains, creating a lovely pastoral scene. This is also a great place to soak your feet and enjoy a picnic at the halfway point of this hike. 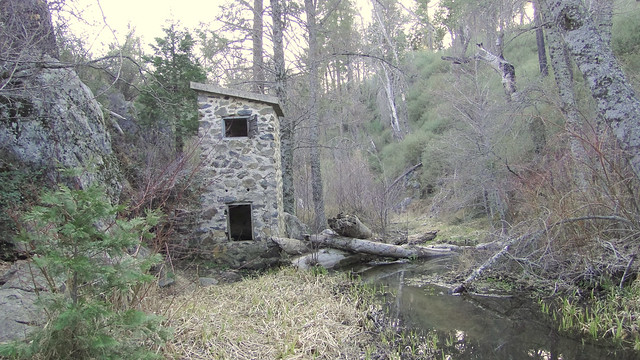 Leaving the weir, backtrack to a trail indicating French Valley. Follow this trail north across the meadow past a grove of the largest pines in the park. One of these trees splits into two about halfway up and stands over 100’ tall, which is a height rarely attained by San Diego conifers. The trail to French Valley passes through more grassy meadow studded with pine trees before dead-ending at a sign indicating a re-vegetation project. Tempting as it might be to continue, there’s not much more to see past this as the trail eventually disappears into an area closed to restoration. 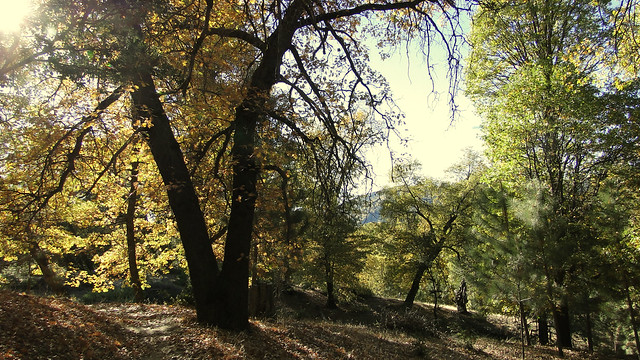 From here, you can backtrack to a junction that directs you to the campground. The campground is a popular destination for weekenders, and is likely the only place you’ll come across a lot of people. It books up fast, so if you wish to camp here, you’ll need to be an early bird. The nearby Observatory and Fry Creek Campgrounds are run by Cleveland National Forest, equally enjoyable, and less popular and crowded should you wish to camp. Observatory has the bonus of being the terminus for the Observatory Trail, which runs between the campground and Caltech’s Observatory campus. 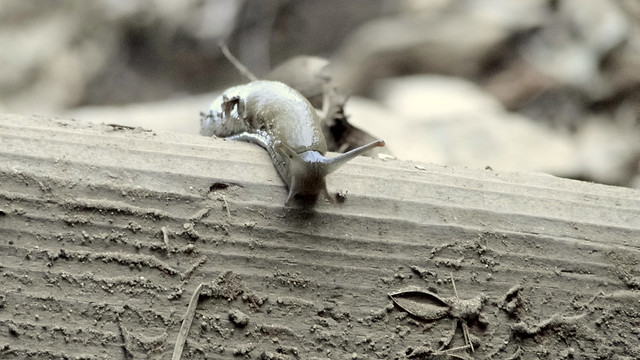 Past the campground, it’s a short stroll on the road back to the pond. Wind around the west edge of the pond to the Thunder Spring Trail, which soon dives back into the forest, straying occasionally into more meadows carpeted in ferns and studded with patches of corn lilies. Past Thunder Spring, the trail winds up into a densely-wooded ravine. You’re likely to see a great wildflower display between the azaleas and dogwoods between May and June here. You will climb along a seasonal creek before emerging at another fern draped meadow called Chimney Flat. From Chimney Flat, you follow a long, steady climb up a fire road to the top of Thunder Ridge. At the end of the road, you’re presented with options. In the track above, I took a wrong turn and ended up back on the road. The more desirable way to go is to follow the trail to Scott’s Cabin, which passes through more fern-carpeted and conifer-studded meadow. Along the way, you’ll pass through an ancient apple orchard that still produces apples each fall. You’ll pass and probably miss the ruins of Scott’s Cabin (not much to see here), before coming to a junction back to Silvercrest. You just completed the loop, and now can head back to whatever destination awaits. 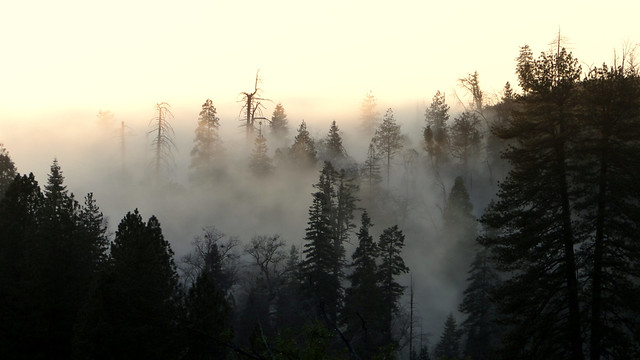 The trail is generally well-maintained and easy to follow. The Boucher Hill Trail past the lookout can be overgrown depending on whether the park has done trail maintenance recently. Poodle dog bush is also present on this section of trail. There may be downed trees following rain or wind storms.

From I-15; exit Highway 76 to Pala/Palomar Mountain (East). Turn left on South Grade Road. Turn left on Canfield Road and then take an immediate left on State Park Road. Follow State Park Road to the entrance kiosk. Silvercrest Parking Lot will be on the left immediately after. As of November, 2016, there is an $8 day use fee to enter the park.

Dogs are generally not allowed on any State Park trails, including Palomar Mountain. They are allowed in campgrounds and on the roads. In this case, I second what Rick Barclay said regarding Myers Fire Road.

There are three rules: Dogs are allowed in campsites, as long as they are on a leash / tethered and under control. Dogs are NOT allowed on any of the trails, EVEN when on a leash. HOWEVER: Dogs are allowed on Myers Fire Road, which technically isn't a trail. It starts on the eastern side of Doane Valley Campground. http://palomarsp.org/pmsp/Park_Brochure.pdf I don't know what the rule is about having your dog on a leash on Myers Fire Road, but I would keep it on a leash; if it decides to chase a deer or just run wild, good luck getting help to finding your dog.

Did you ever find out if dogs were allowed?

Glad you enjoyed it, but sorry about the bugs. Bad bugs all over the place this year.

This article is really helpful! I did a mini hike today to the Weir Historic Site from Doane Pond, and it was soo buggy! Going to try going back later in the year and hike your recommended loop :)

I'm afraid not. You can car camp here, and if you're really adventurous, you could bushwhack your way between Fry Creek Campground and Doane Pond, but that's not really a backpacking trip. Your options multiply if you go to the Agua Tibia Wilderness, Eagle Crag, or Barker Valley. Right around now, however, those places are probably too hot and dry.

Can you backpack here and stay overnight? Amazing shots, Scott!