The summit of Boucher Hill (pronounced booker) offers a panoramic view of most of San Diego County and a fair amount of Riverside and Orange County. These stunning views have a practical function in addition to an aesthetic one, as the State Park and National Forest Service conjointly operate the Boucher Hill Lookout Tower, which returned to service in 2012 after refurbishment. And if the spectacular views were not enough, the ascent up the hill passes through a grove of black oaks whose leaves turn gold during Autumn, making this loop hike an excellent option for some SoCal leaf peeping. 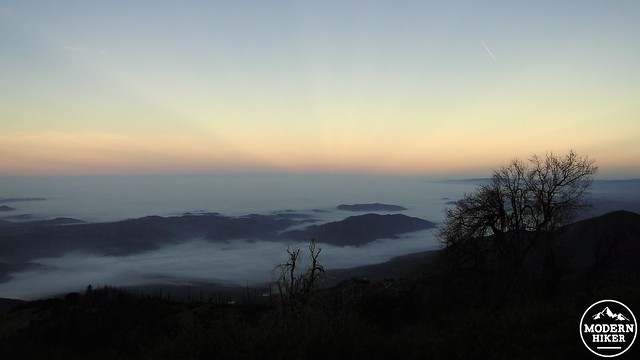 Given Boucher Hill’s advantageous location, there has been a lookout tower in operation at the summit since 1921. The current tower is the third tower to be built on this spot, as the previous two were torn down and rebuilt. The current tower nearly burnt down during the 2007 Poomacha Fire, until a State Park worker managed to save the structure. The tower had gone out of service during the 80’s as various agencies responsible for preventing fire determined that satellites could more accurately spot fires. However, as satellites are not always where you need them when you need them, the Forest Service eventually re-learned that the most effective way to spot a fire is with human eyes, which can actively scan the horizon all day long during fire season (May to December). 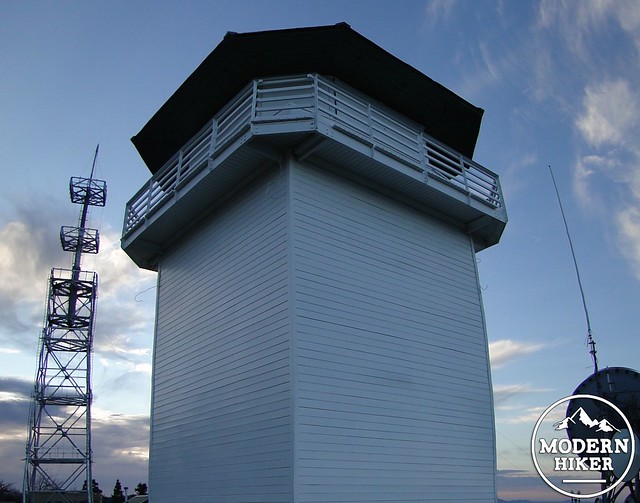 The tower is now open and staffed by volunteers from the San Diego Forest Fire Lookout Association. The Association also staff the nearby High Point Lookout Tower, and between the two locations, volunteers are able to monitor the terrain within a vast  radius. According to one fire lookout volunteer whom I met on an initial trip to the Boucher Hill Lookout, a lookout once spotted a fire burning as far away as Santa Barbara County. Volunteers are happy to give visitors a tour, provided they aren’t actively reporting a fire or working during Santa Ana wind conditions. 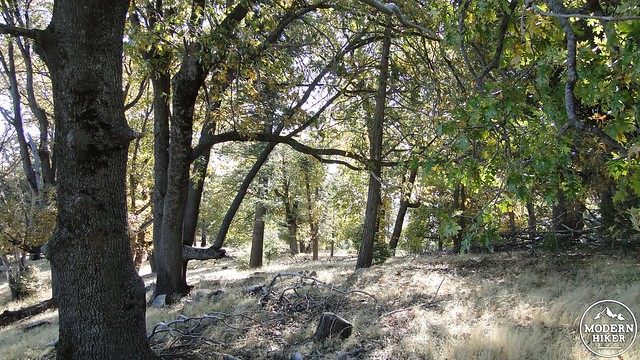 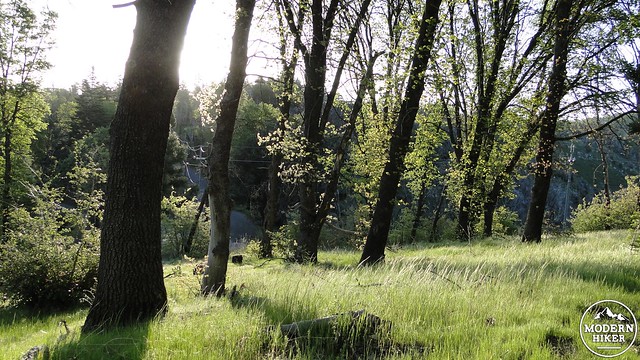 This loop trail starts at the Silvercrest parking lot, which offers a sliver of the fantastic view you’ll get atop Boucher Hill in addition to picnic tables, restrooms, and the trailhead for the Silvercrest Trail. You’ll begin by walking back to State Park Road and turning left to follow the road for a quarter of a mile to a 4-way junction. At the junction, walk toward the gate, which will likely be open unless you are hiking extremely early or extremely late. Sandwiched between the two spurs of the looping road to the tower, you will notice a trail that begins a steep ascent up Boucher Hill. Follow the trail and begin climbing. 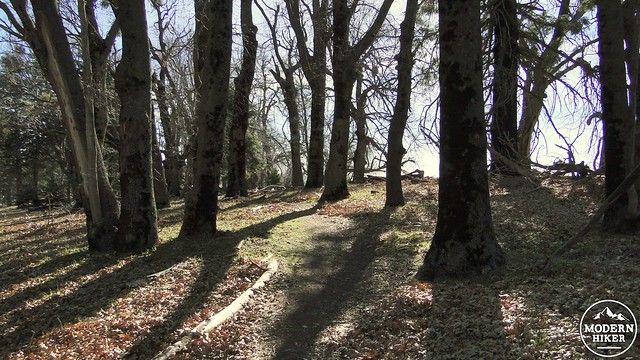 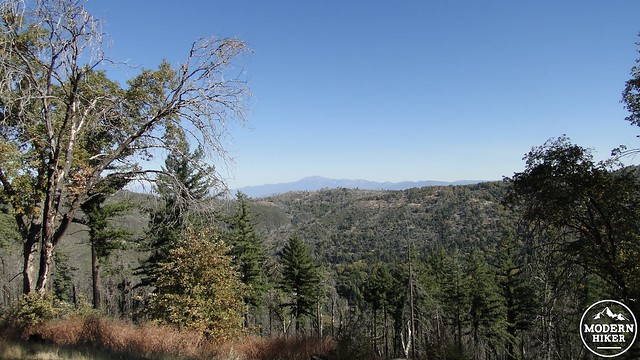 As you climb, you will enter a healthy woodland of black oak trees interspersed with the occasional fir and cedar trees. During early- to mid-November, the leaves on these oaks will turn a vivid shade of gold, providing one of the best fall color shows in San Diego County. These trees also put on a different kind of color show in late April and early May, when the budding leaves emerge from the branches a bright reddish-pink. In addition to the color close at hand, you will also enjoy views north toward Mt. San Jacinto and Mt. San Gorgonio, as well as closer views over the rolling crest of the Palomar Mountains. 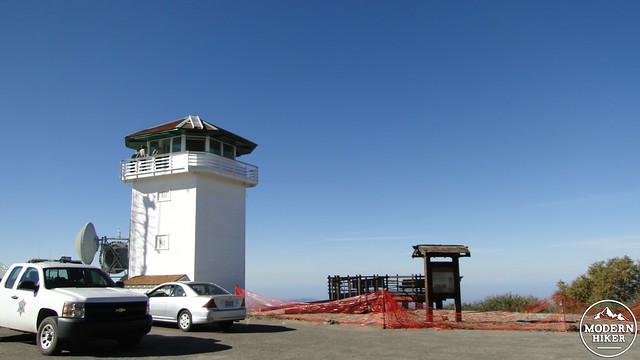 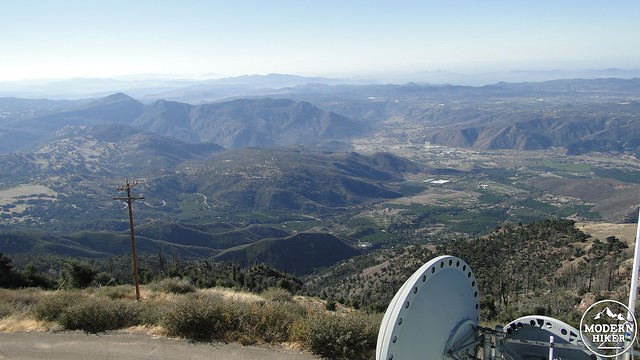 After .75 mile of climbing, the trail will pass through a copse of trees and emerge at a small complex containing some communications towers, a small parking lot, a viewing platform, and the lookout tower. If the tower is not open when you visit, the viewing deck will suffice as a great spot to take in the scene. If the tower is open, it is likely that a volunteer will spot you and offer a tour. The crew that restored the tower made a great effort to maintain the tower’s appearance as it was during the tower’s heyday during the 1940’s. The equipment used to locate fires has changed very little, although methods of communicating are now thoroughly modern. 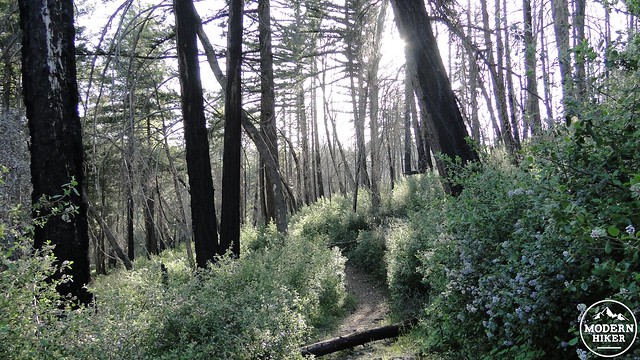 Recovering vegetation on the Adams Trail 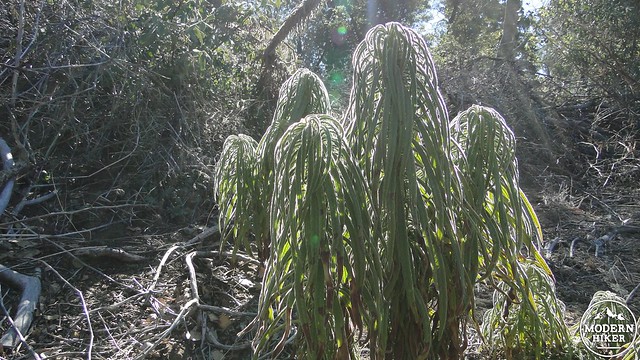 Poodle Dog Bush. DO NOT TOUCH

After enjoying your tour of the tower, you will continue the loop by crossing the road to a continuation of the trail directly opposite the viewing platform. The trail will switchback down the north flank of Boucher Hill and then wrap around the east side of the hill to cross Nate Harrison Grade Road and join the Adams Trail. This section of the trail travels through a once dense forest of bigcone Douglas fir, incense cedar, white fir, black oak, and canyon live oak that was severely damaged during the 2007 Poomacha Fire. This section of trail can be a tedious affair if the State Park has not performed recent maintenance  as fire-following ceanothus may tend to knit its way across the path. There is also a smattering of poodle dog bush growing through this section, and it pays to be able to recognize and thus avoid it. 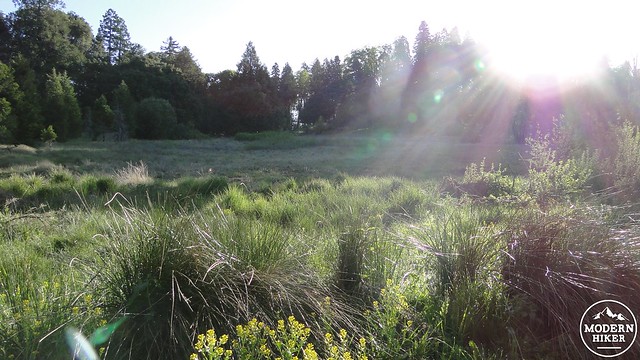 Meadow near the Baptist Trail Junction

Once past Nate Harrison Road, the going improves as the trail widens and the vegetation shows less damage from the fire. After passing through more recovering forest, the trail will drop into a long, slanting meadow to reach a junction with the Baptist Trail. Ignore the Baptist Trail, which will ultimately deposit you in Doane Valley with a lengthy return climb thrown in. Instead, make your way up the gently sloping meadow toward Cedar Group Camp. Once at the group camp, you can skirt the edges of the campground or walk directly across it to reach Doane Valley Road, where you will find the continuation of the loop via the Cedar Trail and Scotts Cabin Trail. 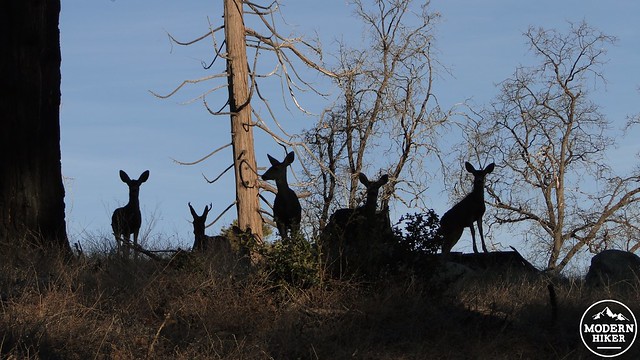 Deer on the Scotts Cabin Trail

Find the Scotts Cabin Trail and commence climbing through a sparsely forested hillside. Despite the sparse forest cover, which appears to have also suffered damage from the Poomacha Fire, you are likely to spot a fair amount of deer in this area. I once spotted a herd about 15 strong, including a buck with fairly impressive antlers. You will pass the site of Scotts Cabin, which is not much to look at these days, but was once the home of a homesteader who reportedly planted the nearby apple grove along the trail to Chimney Flats. 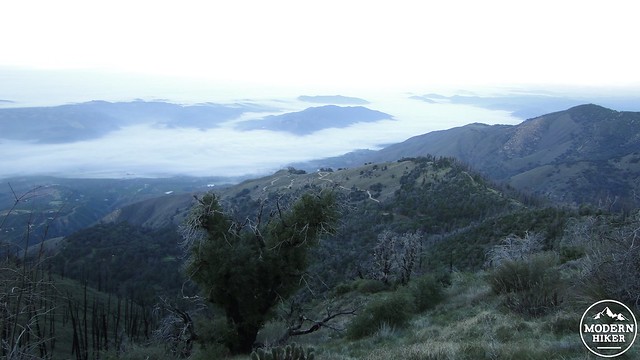 Once past the cabin, a spur trail will branch off to the right before the trail climbs to the top of Thunder Ridge. Turn right here and follow the trail down through a ravine with a seasonal creek and then up the opposite bank to emerge almost directly across from the Silvercrest parking lot. This will conclude your trip. 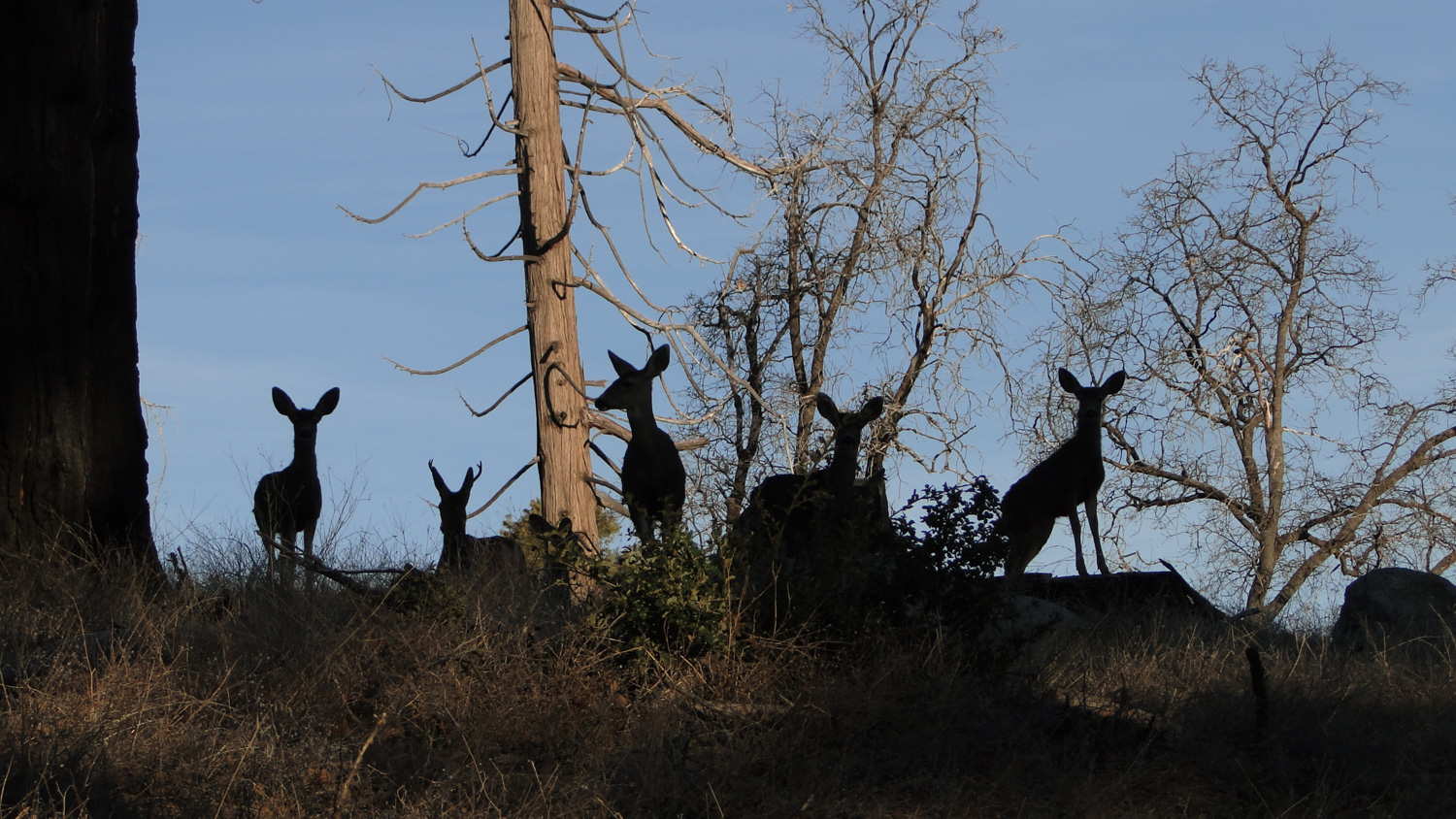 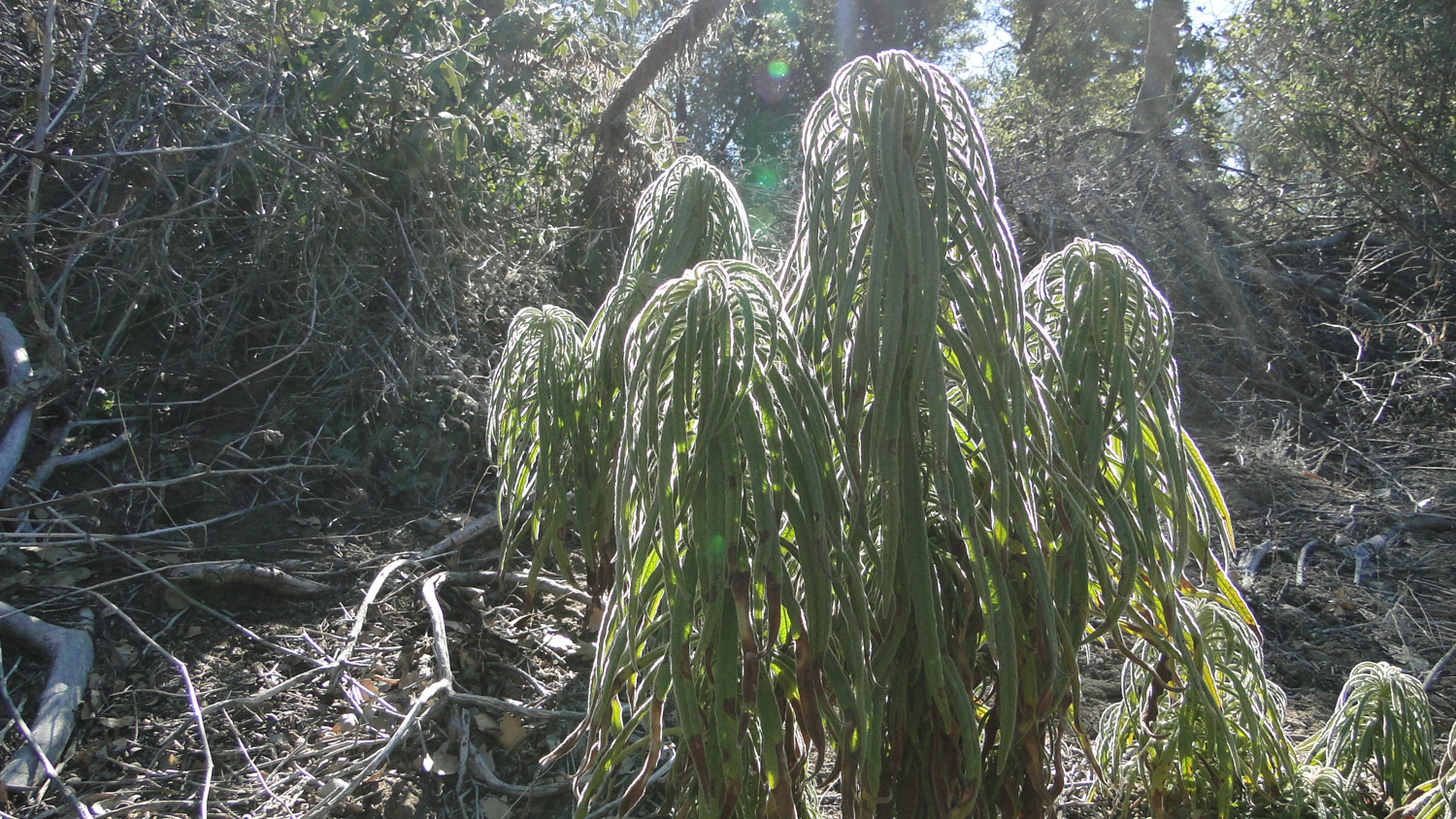 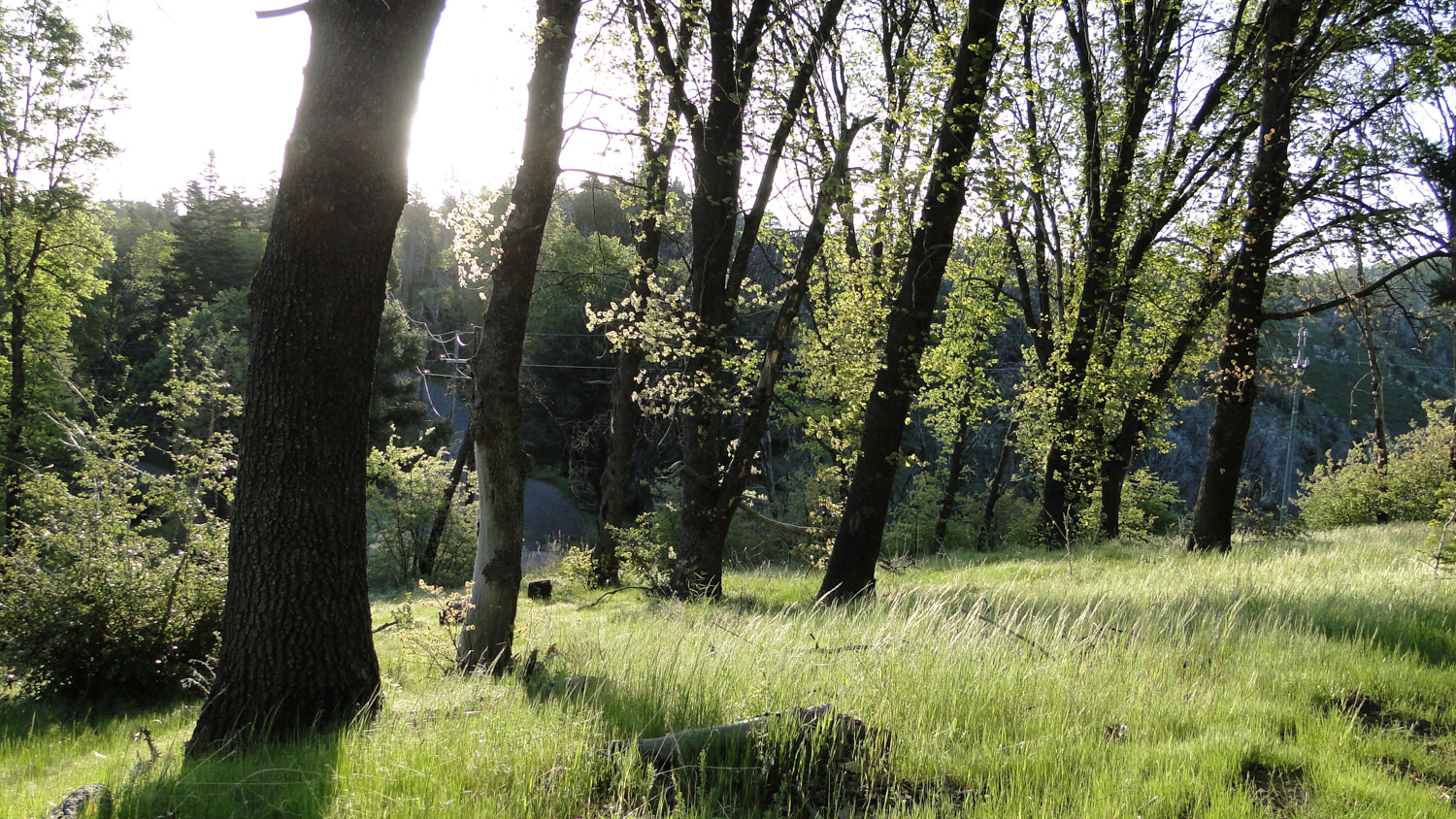 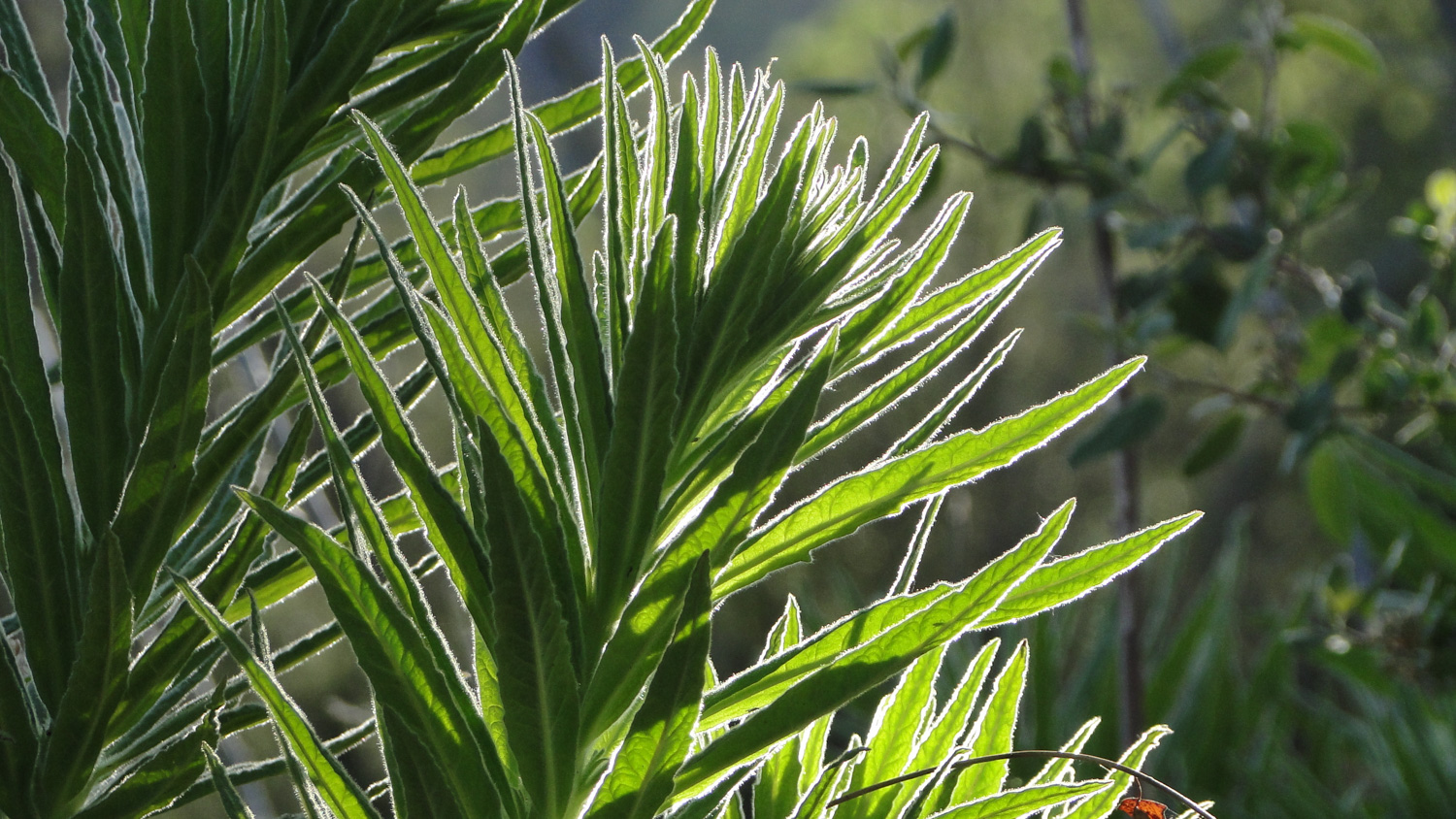 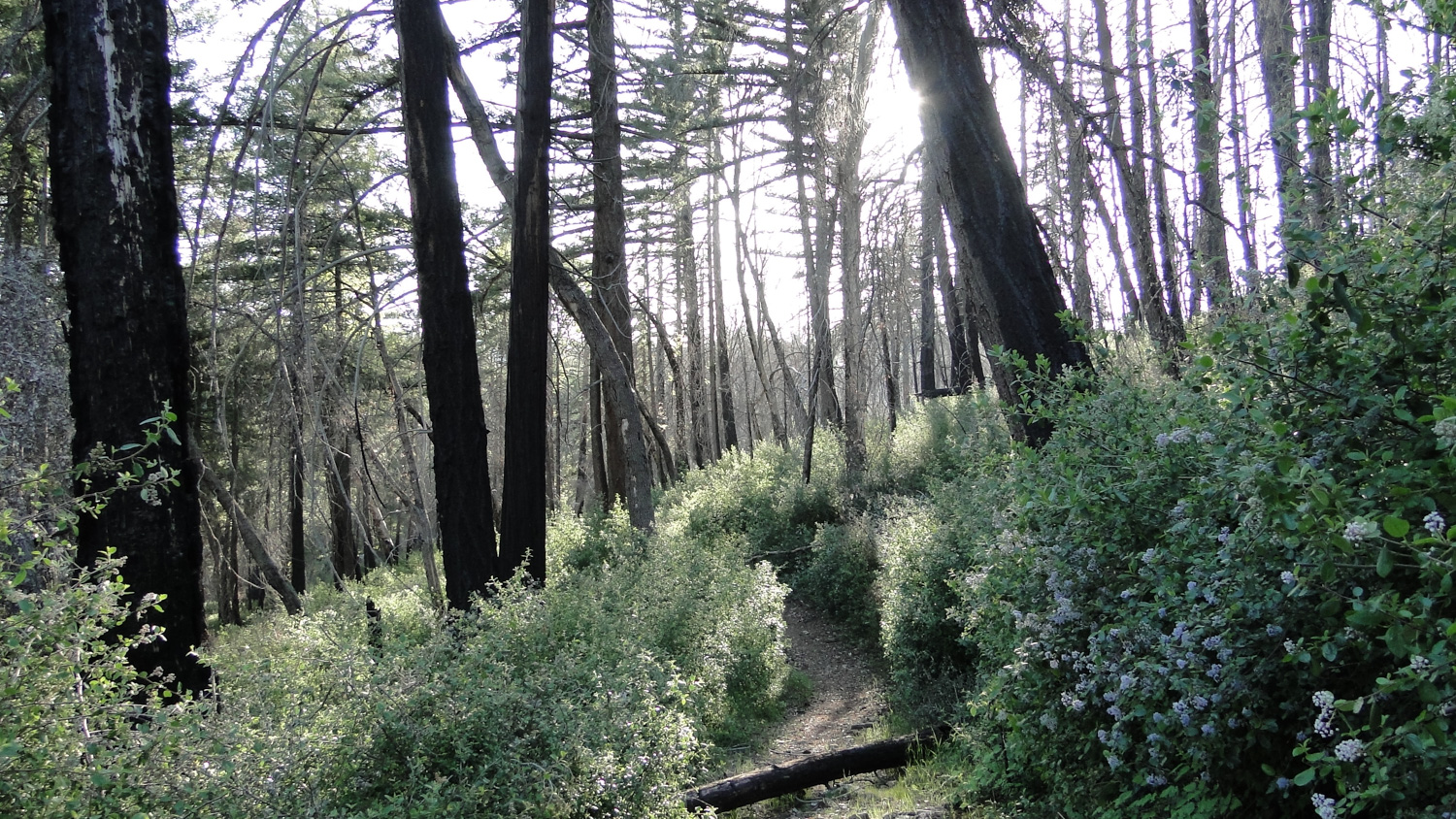 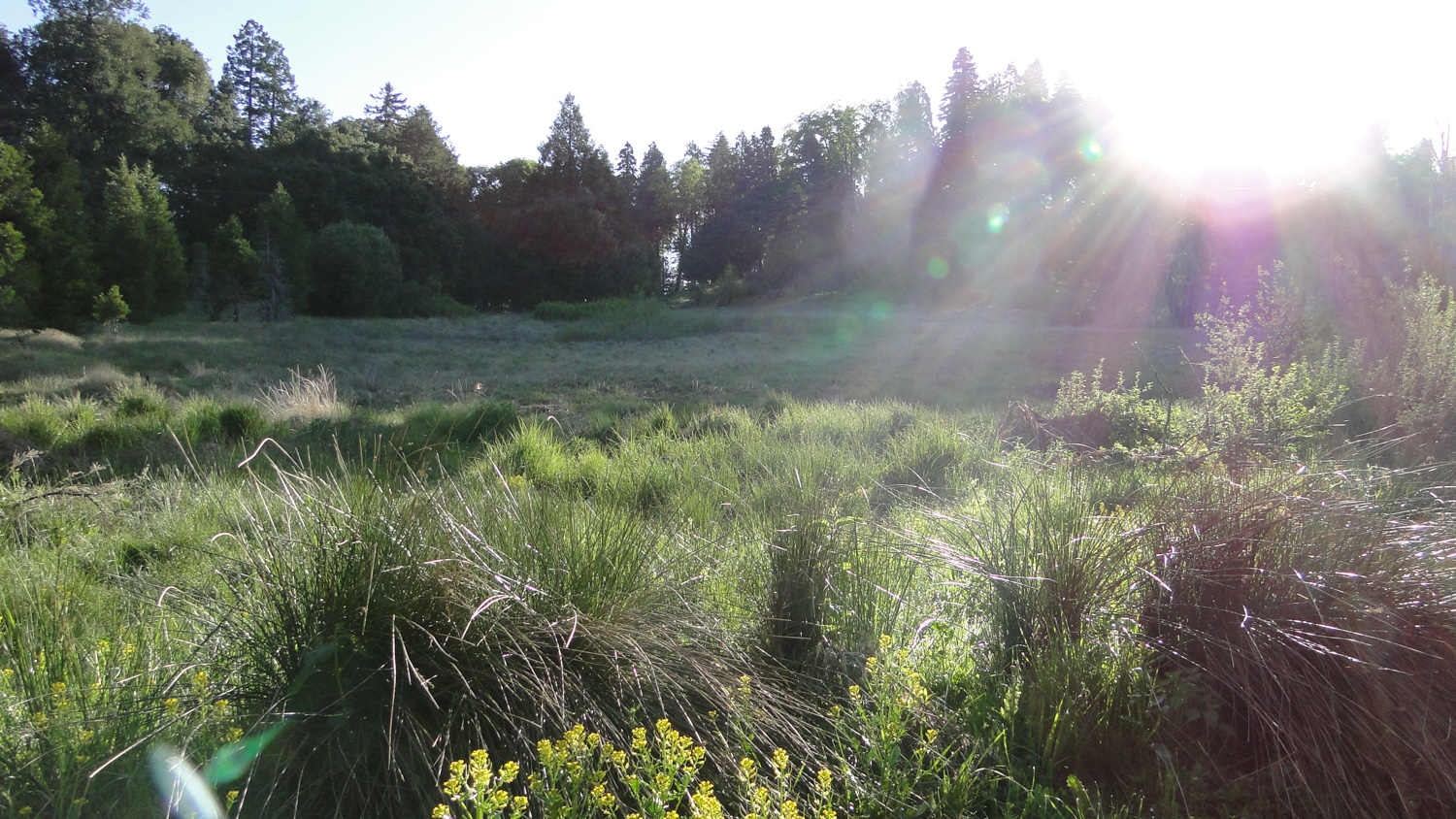 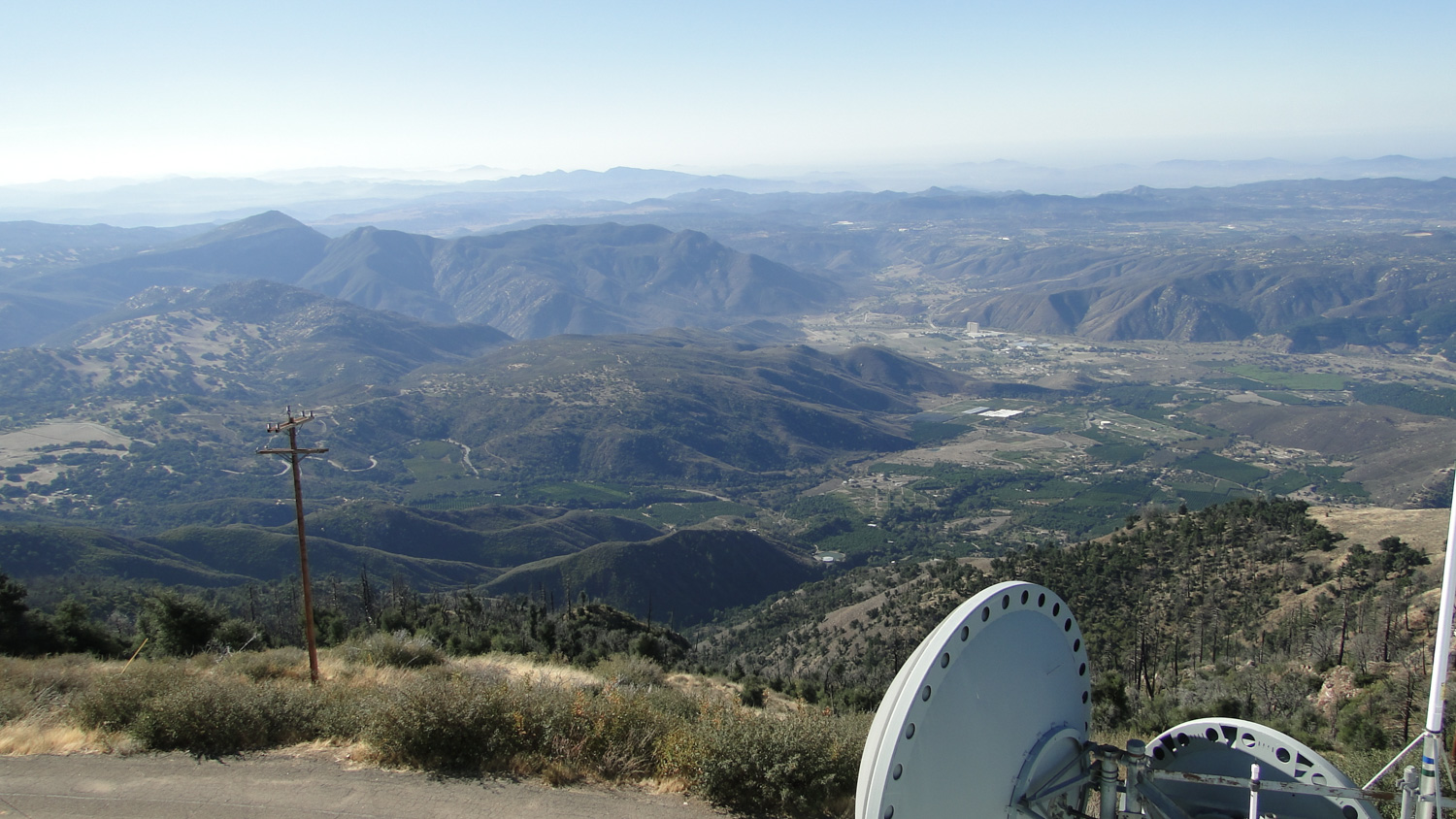 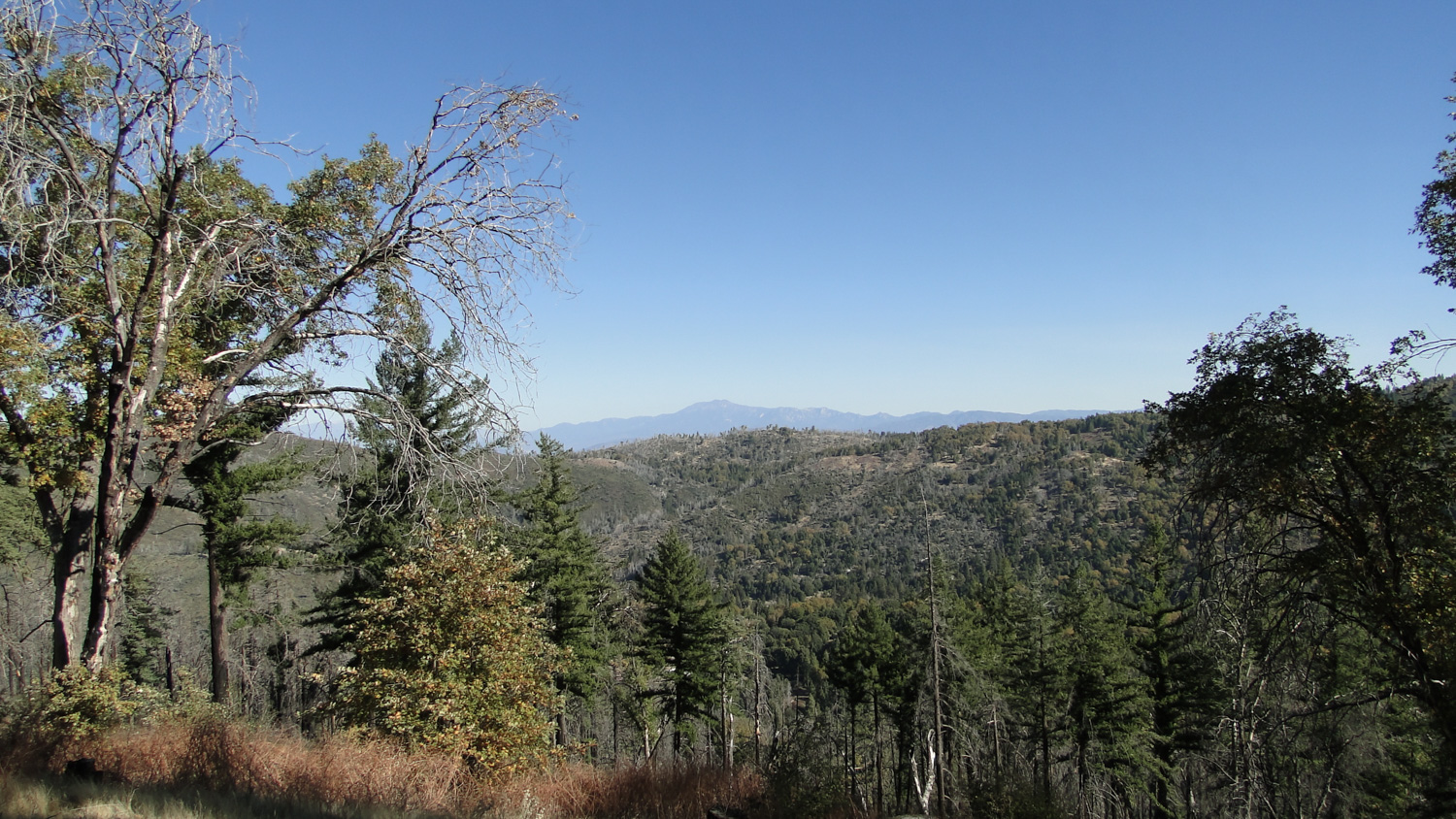 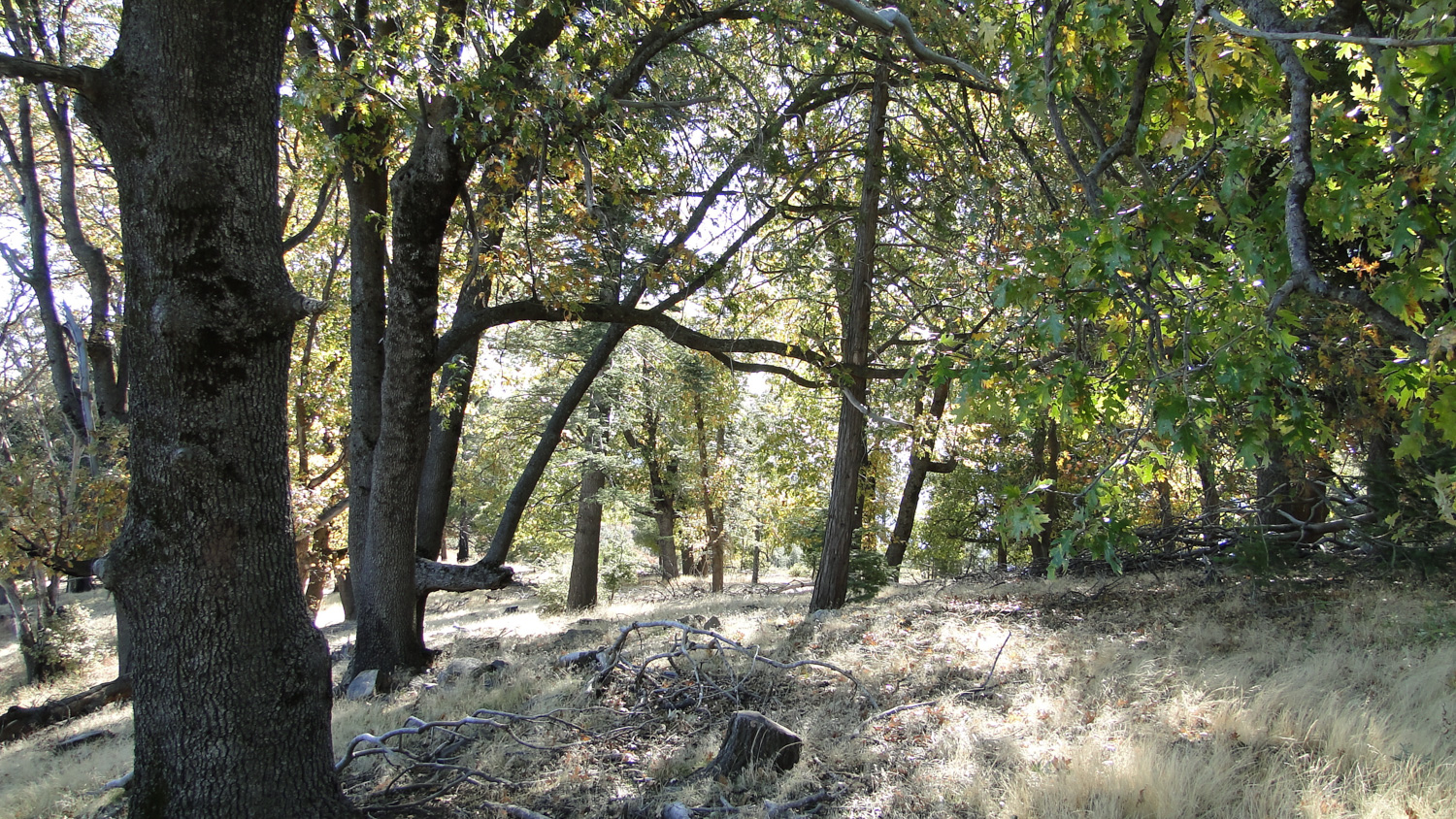 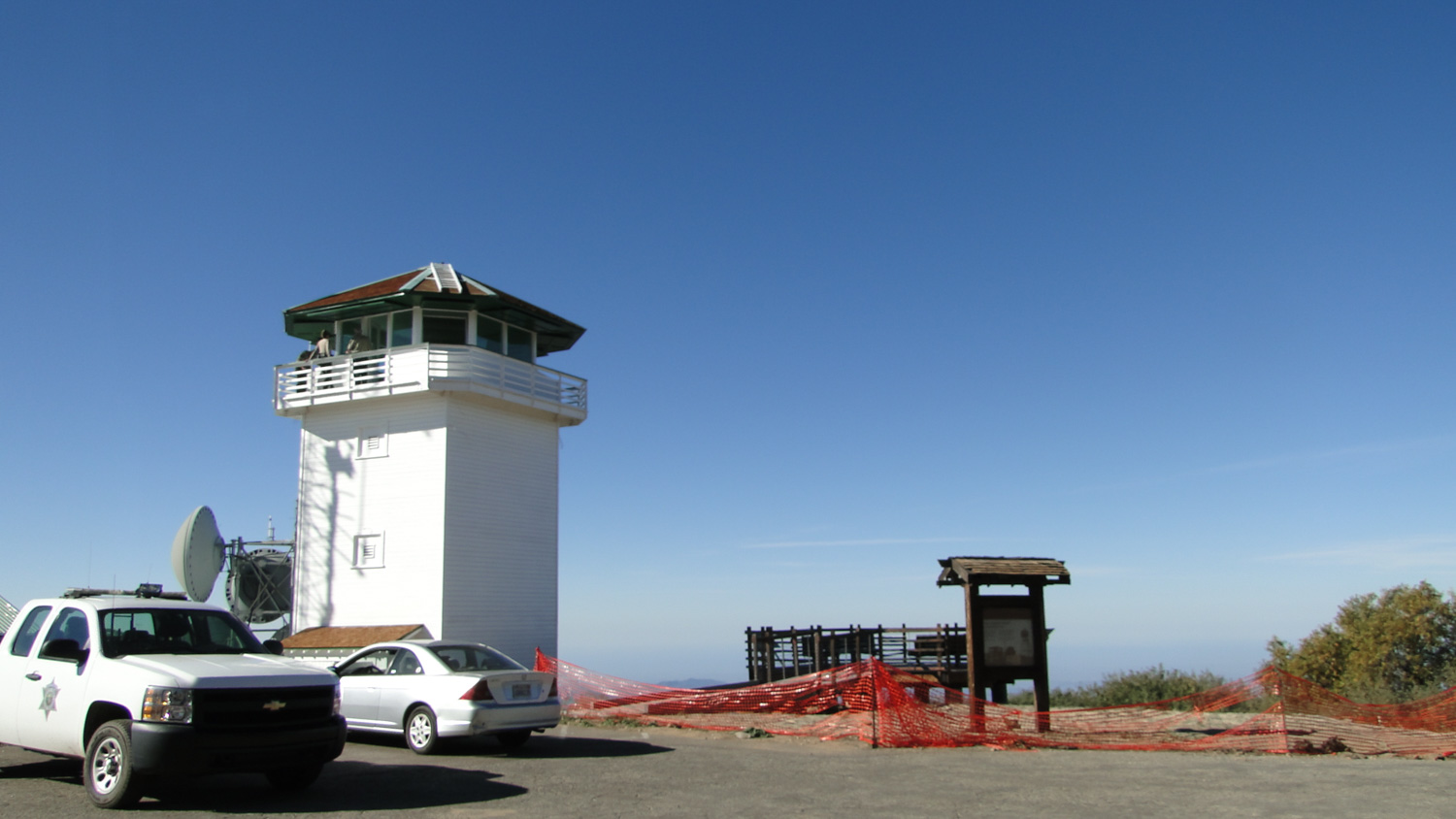 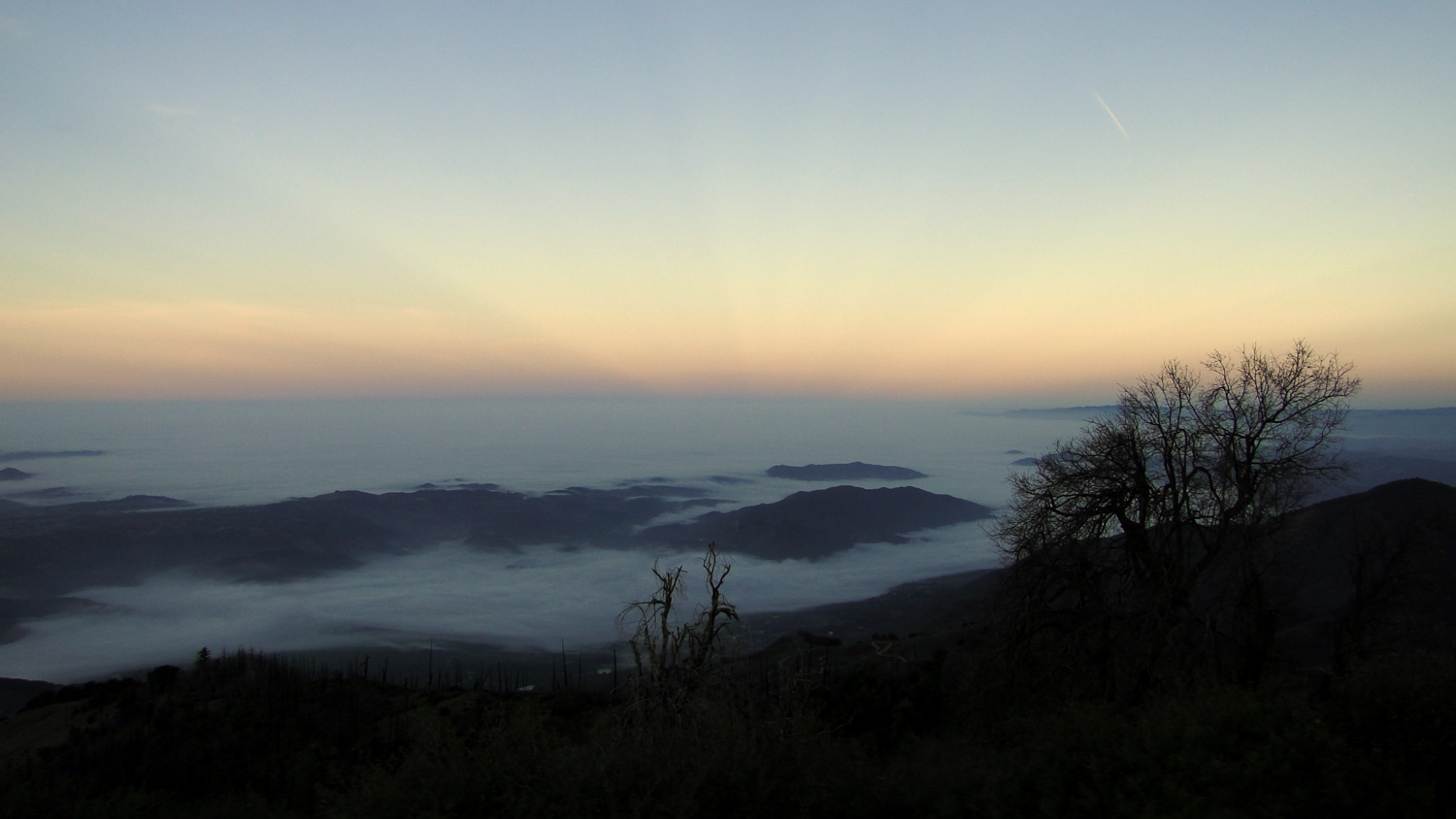 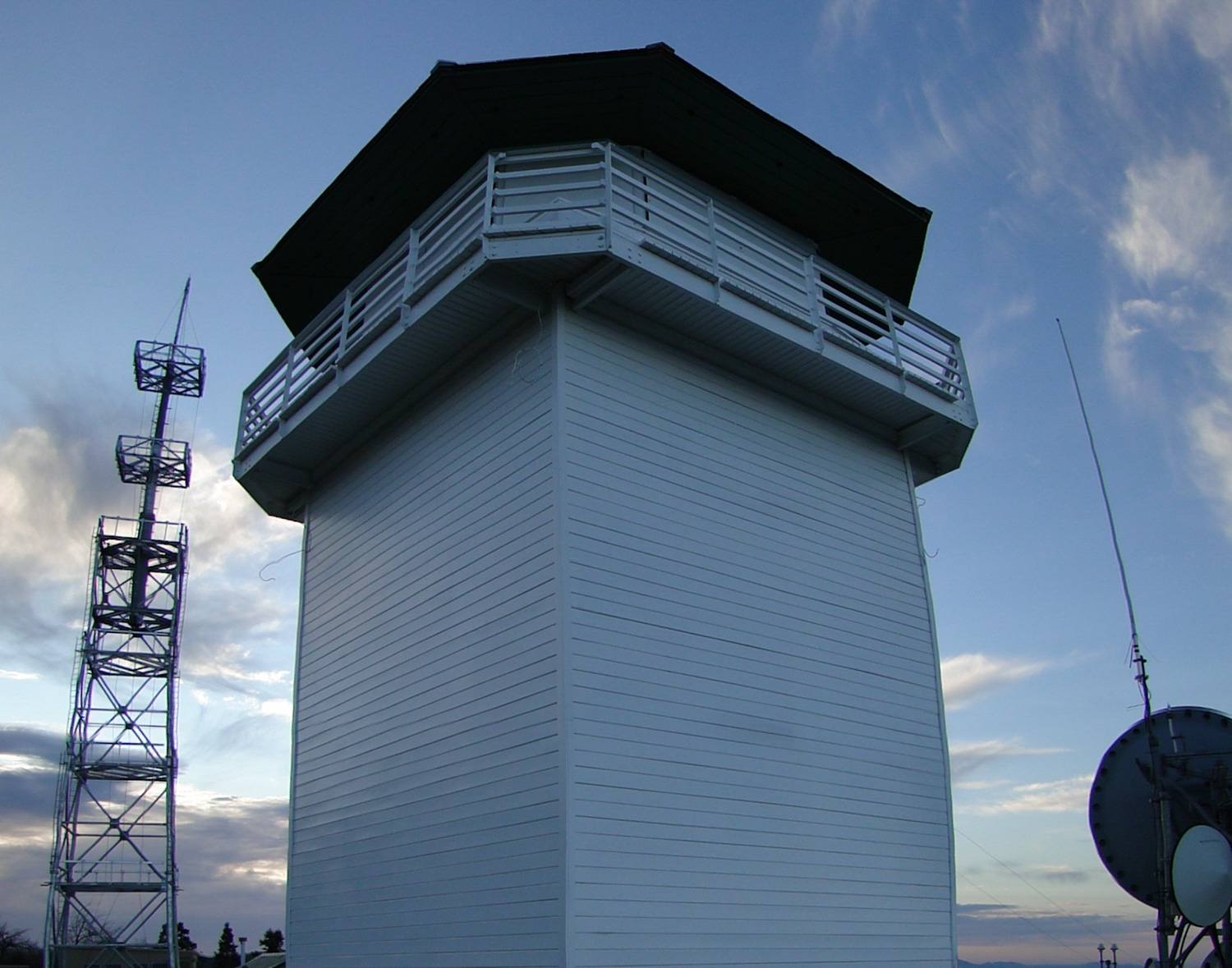 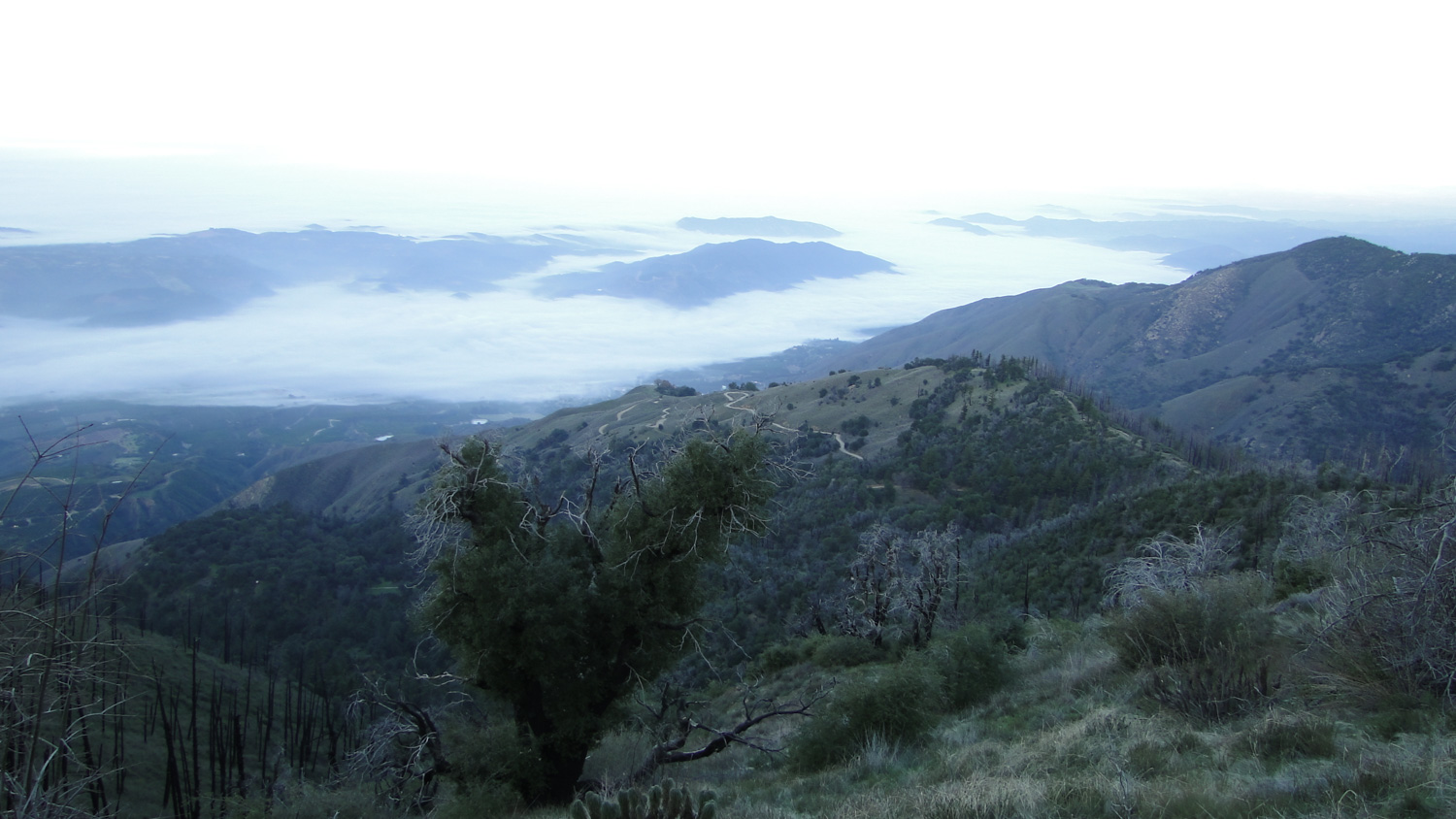 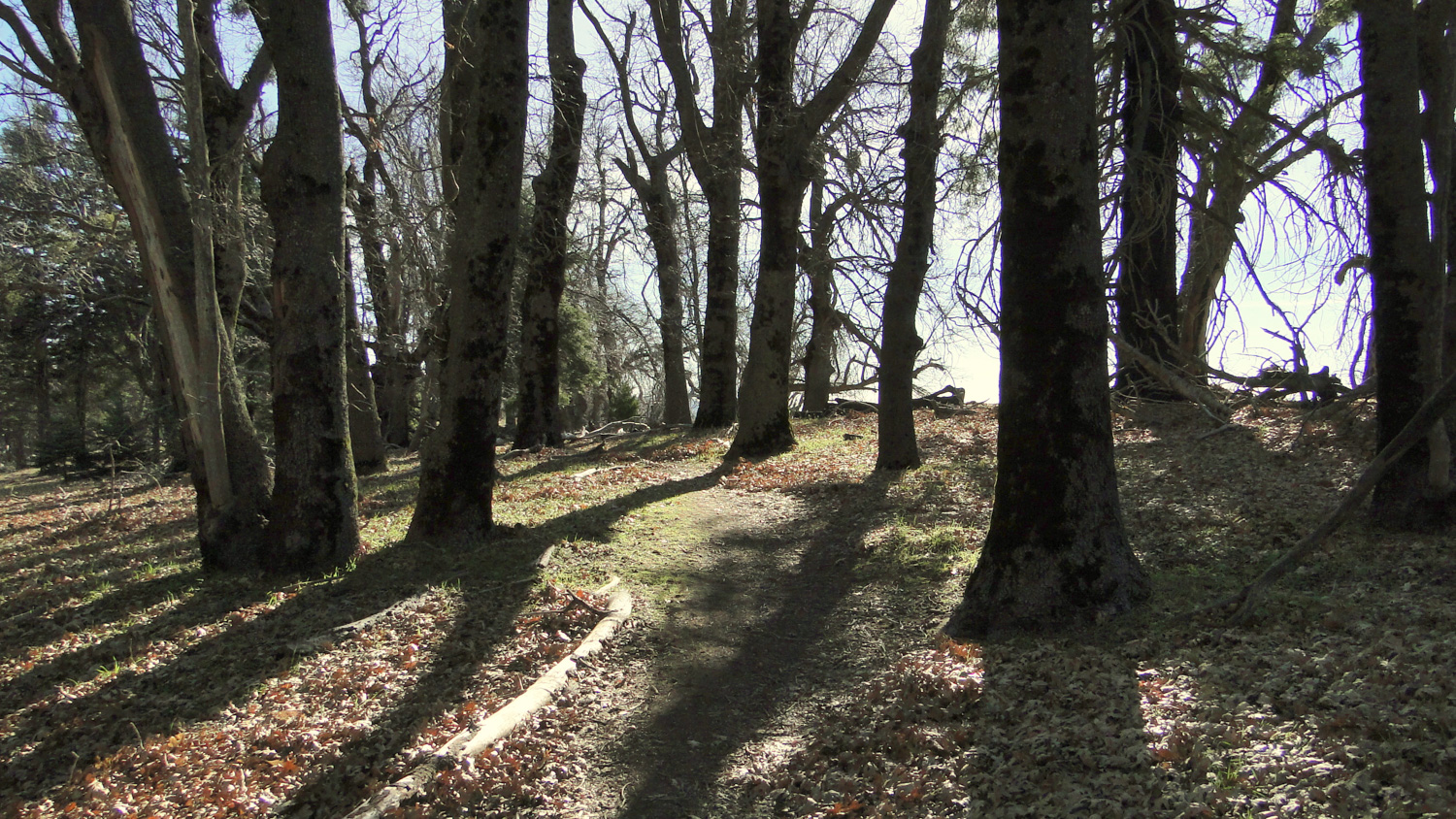 The trail is in good shape throughout most of the hike. Vegetation past the lookout tower grows pretty thick and does not always get the necessary maintenance. Additionally, the burn zone on this trail has a fair amount of poodle dog bush, which you will want to avoid due to its tendency to cause nasty allergic reactions.

The closest campground is Doane Valley Family Campground. There are two additional campgrounds nearby on Forest Service property: Observatory and Fry Creek.

From San Diego, take I-15 North to Highway 76 and travel east toward Pala Valley and the casino. Turn left onto South Grade Road (S6) toward Palomar Mountain. Turn left onto Canfield Road and then make an immediate left onto State Park Road. Follow State Park Road to the park entrance, pay the $8 day use fee (at time of writing), and park your car at the Silvercrest parking lot immediately past the entrance on the left.