Terrific news for those of us who have been missing access to our San Gabriel Mountains lately — about 86,000 acres of land closed as part of the 2020 Bobcat Fire will be re-opened to the public beginning Friday, April 1st 2022.

The Bobcat Fire Closure Area remains in effect for a stretch of the mountains that ranges generally south of the Angeles Crest through Santa Anita Canyon, bordered roughly by Mount Wilson Road on the west and Forest Roads 2N23/2N24/2N31 on the east, which is basically from Shortcut Saddle to Spring Camp and just west of Monrovia Canyon. 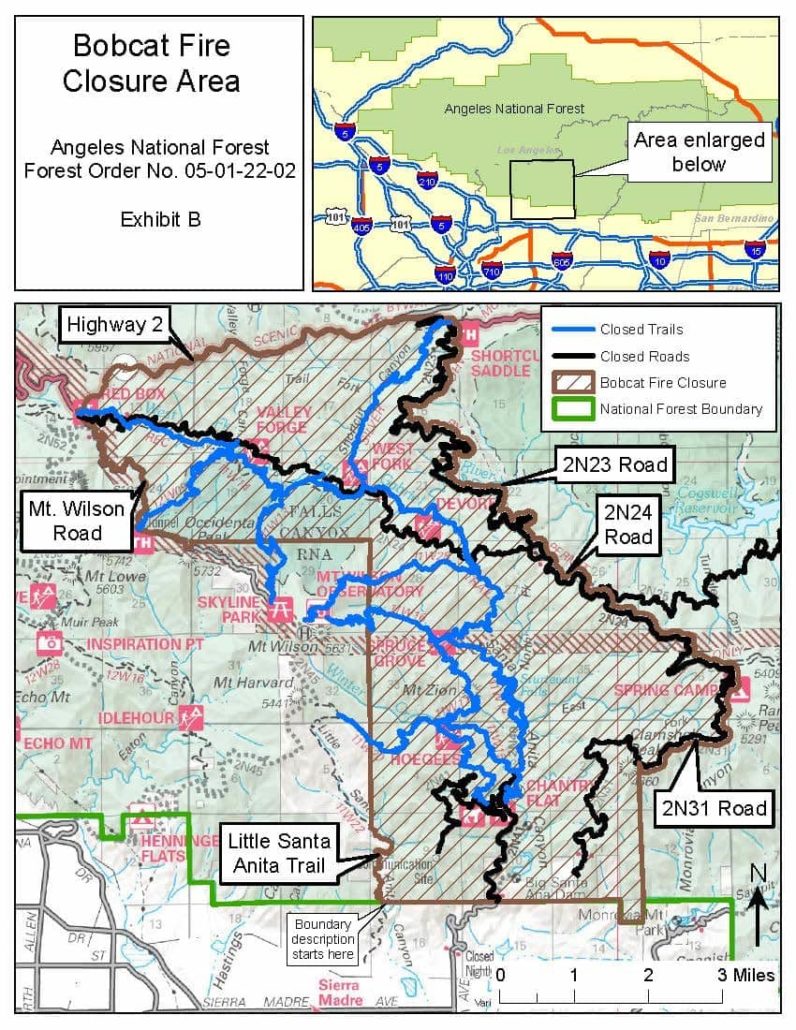 Although many new areas will be re-opened, you should still use elevated caution when hiking on trails here. Assume that little or no restoration work has been done yet and expect to encounter additional hazards, including still standing but dead, burned trees and loose, landslide prone soil. The Forest Service advises hikers to not try to cross landslides or major sections of missing trail at this time — and remember that hiking past these hazards can not only put you at risk, but can also cause even more damage to the trails before crews can get back there to get a chance to fix ’em up for us.

Also, you may want to be on the lookout for Poodle-Dog Bush. It’s a native plant that likes to colonize quickly after a wildfire, and was prevalent in this area when the 2009 Station Fire burned the region. Poodle-Dog is a large, sage-like appearing bush with towering purple flowers and a distinctive scent somewhere between white sage and your neighborhood pot store. Touching the plant — or even clothes that have come into contact with the plant days later — can give you anything from a mild rash to severe respiratory distress and blistering. It’s like poison oak but faster, longer lasting, and much stronger. 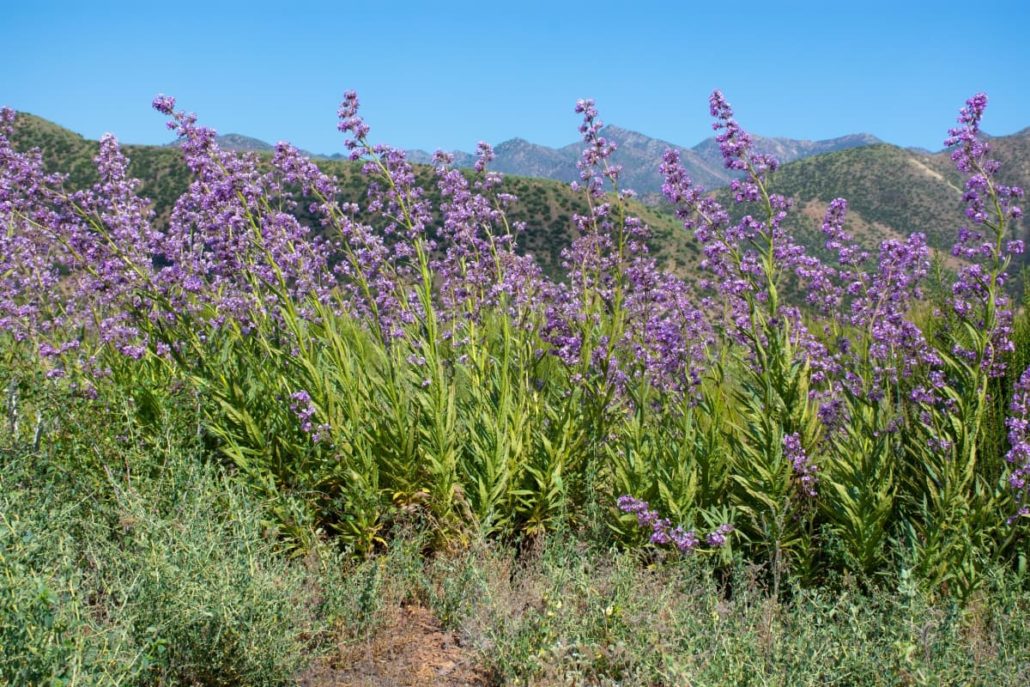 The Bobcat Fire burned for several weeks starting September 6, 2020, eventually reaching a size of nearly 116,000 acres. The fire burned primarily in the central San Gabriel Mountains, affecting many areas that had both recently been burned and had recently opened.

Read more about the re-opening on the Forest Service website.