Is Runyon the Next Big Hiking Conflict For Los Angeles?

If you’ve been hiking for even a short while, you’ve experienced them, been frustrated by them, and maybe even given up on a planned hiking trip because of them. The issue plagues the full spectrum of public lands — from well-known National Parks to formerly unknown backcountry spots managed by the Forest Service or Bureau of Land Management, and even into city parks and neighborhood trails.

The issue is complex and I don’t think a one-size-fits-all solution exists. Previously, I’ve talked about some ideas for National Parks, such as implementing a free lottery permit system for peak seasons and publicizing neighboring public lands to offload some of the users, but — around urban trails, cities and neighborhoods tend to only tackle the symptom of parking without taking into account the needs of park users. The effect is the same as, say, doubling the entrance fees at popular National Parks — you end up building walls around our public lands. 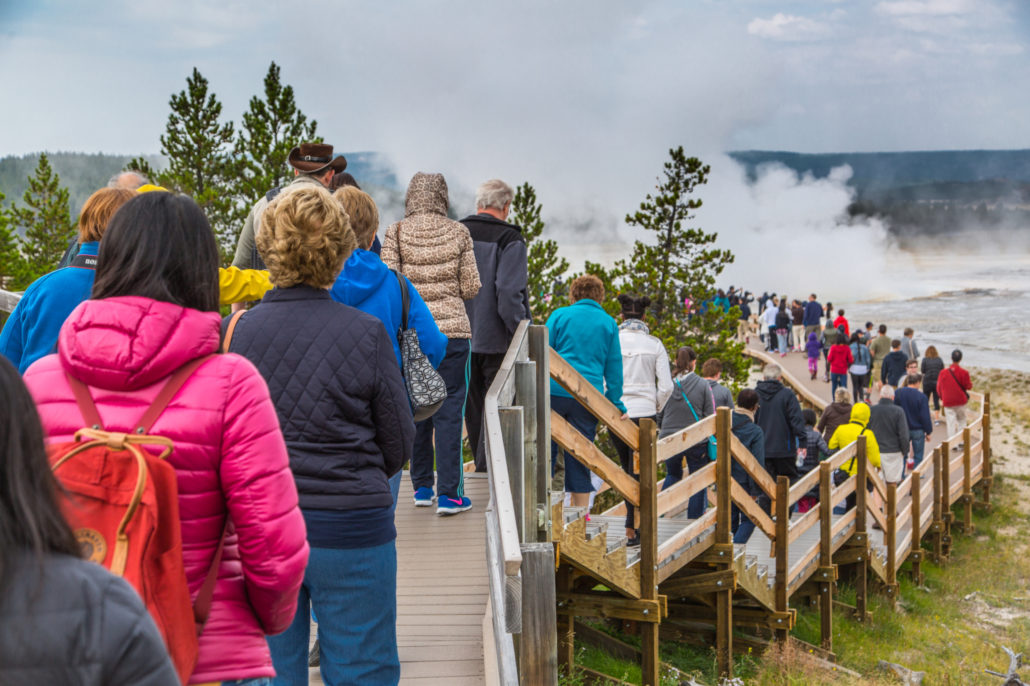 Here in the Modern Hiker HQ of Los Angeles, this is an issue that is getting worse and worse and unfortunately the solution always just seems to be “make it harder to park.” But crowds at trailheads mean there’s a demand for public spaces that’s not being met, and elected officials shouldn’t react to that demand by putting up more barriers for prospective park users.

When hikers were enjoying trails in Rancho Palos Verdes, the city just took a bunch of existing street parking and painted the curbs red — with the end result being only people who have a neighborhood parking pass now have access to the trails (and the parking problem just moved to a new neighborhood). It was even worse in Whittier, where the trailhead to popular Turnbull Canyon can only fit about 3-4 cars at best. Nearby residents instituted permit parking nearby (which they got SUPER mad about when the city tried to make it easier for hikers to park), then extended it even farther, so now hikers have to walk nearly a mile along busy, winding Turnbull Canyon Road without sidewalks to get to the trailhead. In neither instance did cities make it easier for users to access these public lands in other ways. 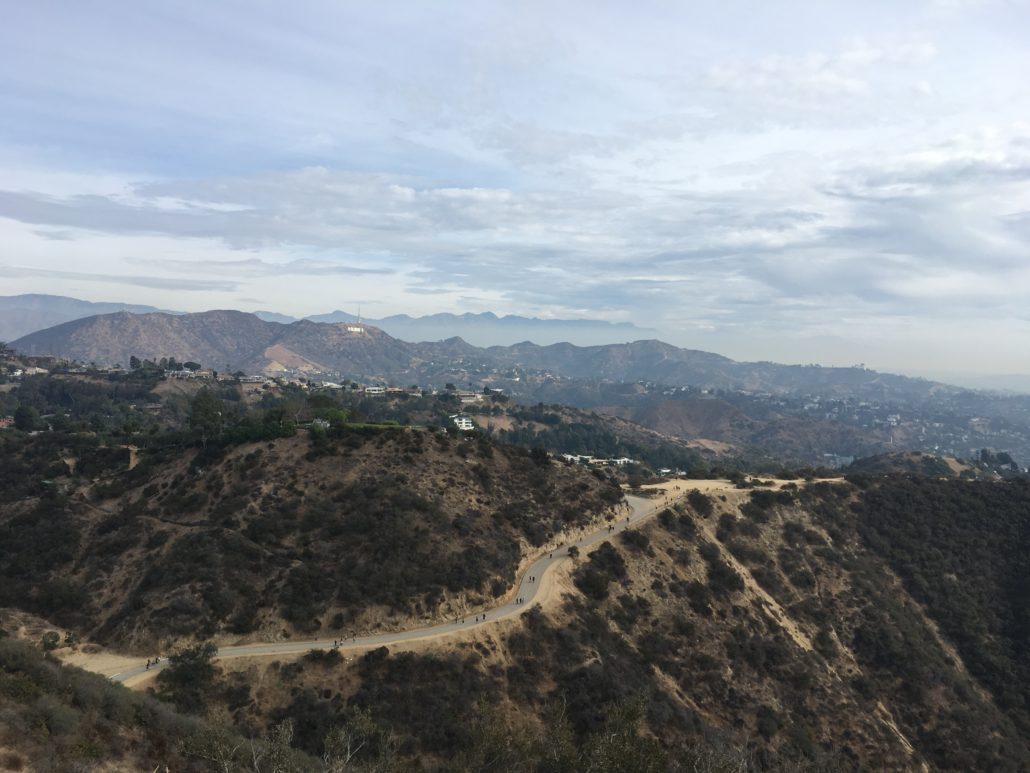 New reports warn a similar fate may soon strike Runyon Canyon, one of the most popular hiking areas in Los Angeles and the only off-leash hiking trail for dogs in Los Angeles County. A recent post at Curbed raised fears that the loud voices of the neighborhood homeowners would once again dominate, establishing No Parking areas near the park’s entrance or charging $4 an hour to park during set times.

I was set to appear on KPCC’s TakeTwo again to talk about this issue on the morning of January 30th, but a few minutes before the interview was set to begin, a producer told me Councilman Ryu’s office called KPCC to protest and effectively had my interview cancelled.

Councilman Ryu’s office contacted me later in the day to dispute that story, saying they were surprised my voice didn’t follow on the broadcast. The timeline the office put forward doesn’t exactly match the timeline I experienced in terms of who talked to whom when and in what order, and perhaps the office was waiting for the motion to pass or wanted to be the first to speak on the issue. Regardless, the story isn’t about me – it’s about Runyon Canyon Park.

It’s tough to keep constituents happy, but based off reactions to the Curbed article, there seem to be some frustrations among park users with Councilman Ryu. When Silver Lake Reservoir had the opportunity to become a full-fledged park instead of a fenced-off bathtub, Ryu was one of two Council Members who sided with homeowners and L.A. lost the chance to acquire some more badly needed public green space.

Ryu’s office is also involved with an ongoing and sometimes very nasty dispute in Beachwood Canyon, where people looking to get photos of the Hollywood Sign are now barred from accessing a public park from a public street. A study commissioned by his office that came out earlier this month was a mixed bag, offering up some good solutions like better access from public transit and some … let’s say “less than good” solutions, like building a gondola over undeveloped sections of Griffith Park or a second Hollywood Sign facing the Valley. Ryu did not specifically endorse any one of the 29 plans when the report was released, but his office told me the report is currently being studied by the City for the next possible steps, and that community outreach would happen before anything was implemented.

Ryu’s office did tweet a PDF of the Councilman’s motion dated December 2017 later in the morning, and there are two takeaways: One, it’s just a call for studies, not a call to action; and two, it actually looks pretty decent. The motion notes L.A.’s abysmal record on the Trust for Public Land’s ParkScore Index (of the nation’s 100 biggest cities, we’re at #74, behind Bakersfield and Reno in terms of park access for our citizens). It also notes Runyon’s position in the Santa Monica Mountains National Recreation Area, need for infrastructure improvements, and its importance to dog-owners.

The motion instructs various agencies to recommend improvements “to ensure the enjoyment, safety, and security of park visitors, the preservation of wildlife and the natural environment, the enhancement of recreational facilities, and the adequate mitigation of erosion and water runoff at the site,” as well as “recommendations for the improvement of the Runyon Canyon Parking Lot, which should include an improved traffic and parking congestion plan and the feasibility of installing paid parking infrastructure.” Although on the KPCC interview that aired, they didn’t propose any concrete plans as far as what “paid parking infrastructure” or “traffic circulation” might be.

A spokesperson from Councilman Ryu’s office told me “we want Runyon to be there for the next 10, 20, 30 years,” and that the motion “is intended to serve hikers, protect the landscape and wildlife, and preserve the neighborhood.”

So, overall not a bad motion — and at least a promising sentiment from the Councilman’s office about keeping hikers in the conversation. But any future plan for Runyon must ensure that 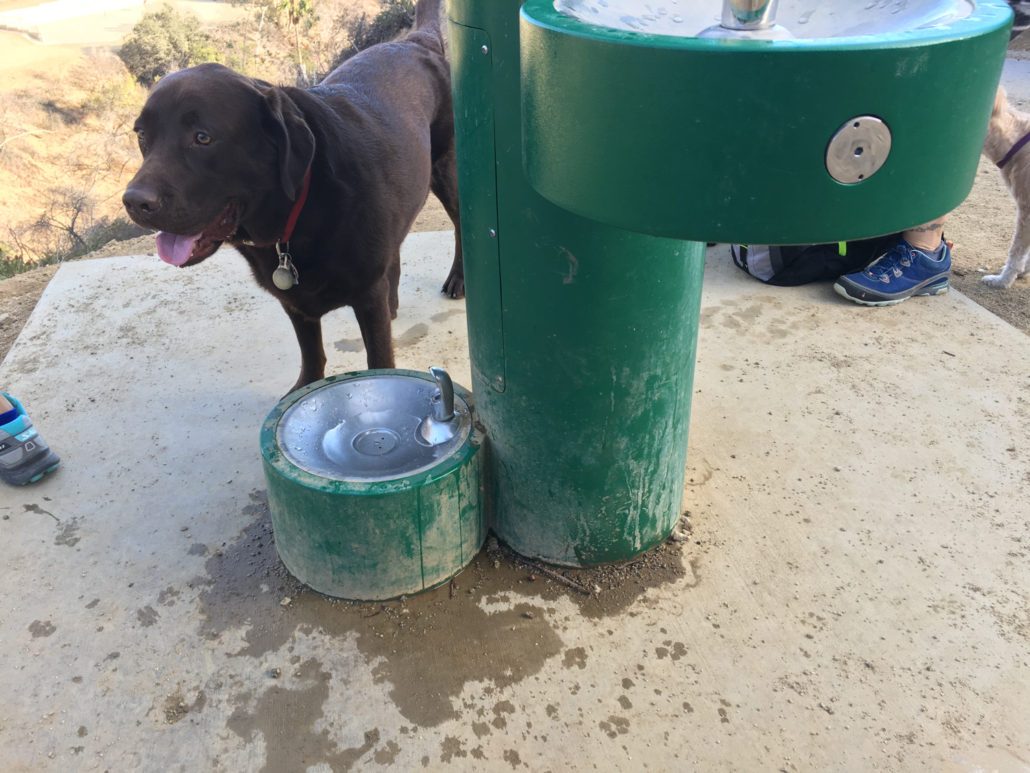 A happy dog at Runyon Canyon

If they’re not already, Councilman Ryu’s office should also reach out to the Santa Monica Mountains National Recreation Area, Mountain Recreation and Conservation Authority, L.A. Metro, and other agencies to help ensure alternate transit methods are known and available, and that users who want to explore other trails know about some of the excellent hiking that’s all within the same area — like Wattles Garden Park, the Trebek Open Space, and Coldwater and Fryman Canyons at Wilacre Park.

It’d be nice if they’d be cool with other people talking about this issue on the radio sometimes, too.