San Vicente Mountain via Dirt Mulholland and Sullivan Fire Road is an excellent alternative to explore the fire road trails looping around San Vicente Mountain Park. This trail also provides the opportunity for hikers to transport themselves back to the 1950’s and 1960’s by visiting the Cold War era Nike Missile Defense System. LA-96C, which was once a restricted entry military reservation used to protect LA from a potential Soviet bomber attack, serves as the historical highlight of this hike as you make your way through rolling canyon views.

Park your car at the trailhead, or on Mulholland Dr, before heading West towards the entry gate. This is a popular trail with mountain bikers, so you may have already seen a few folks unloading their bikes, and will want to keep your eyes peeled as you’re rounding corners throughout the hike. While hikers do have the right of way, it’s often easier to yield to mountain bikers, especially when you’re hiking on steep terrain.

Start your trek along Dirt Mulholland as you make your way around the first few bends in the trail and start to leave the sounds of cars on the road behind. You’ll catch your first views of the canyons you’ll be visiting later and a view of Encino to your north. 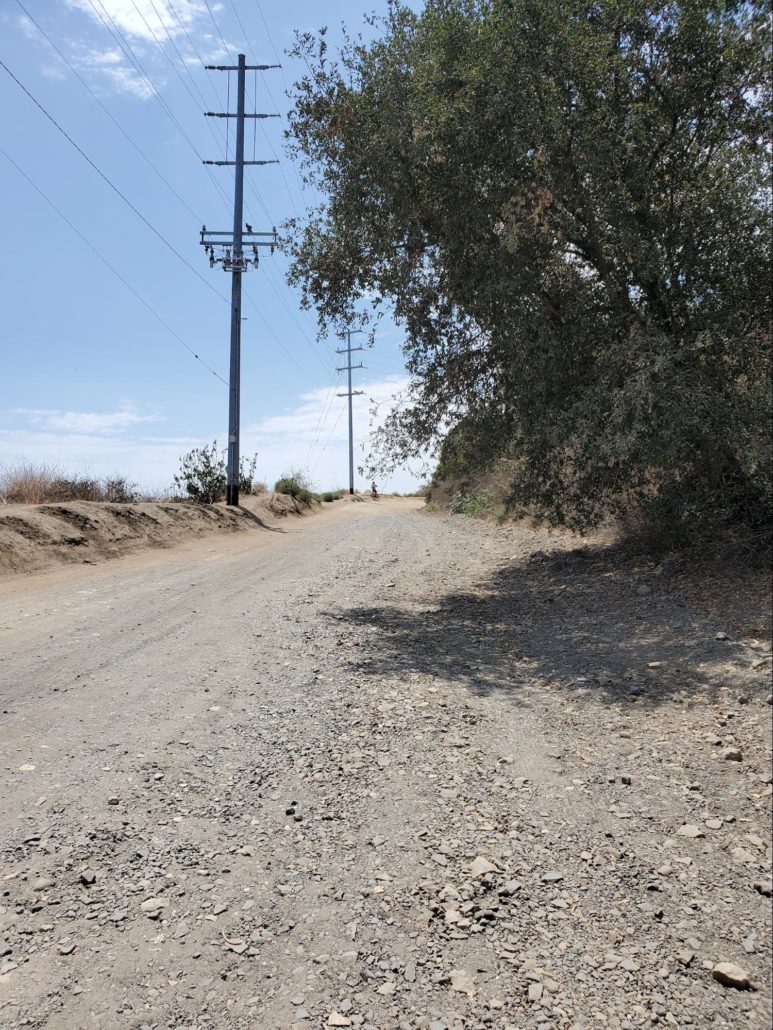 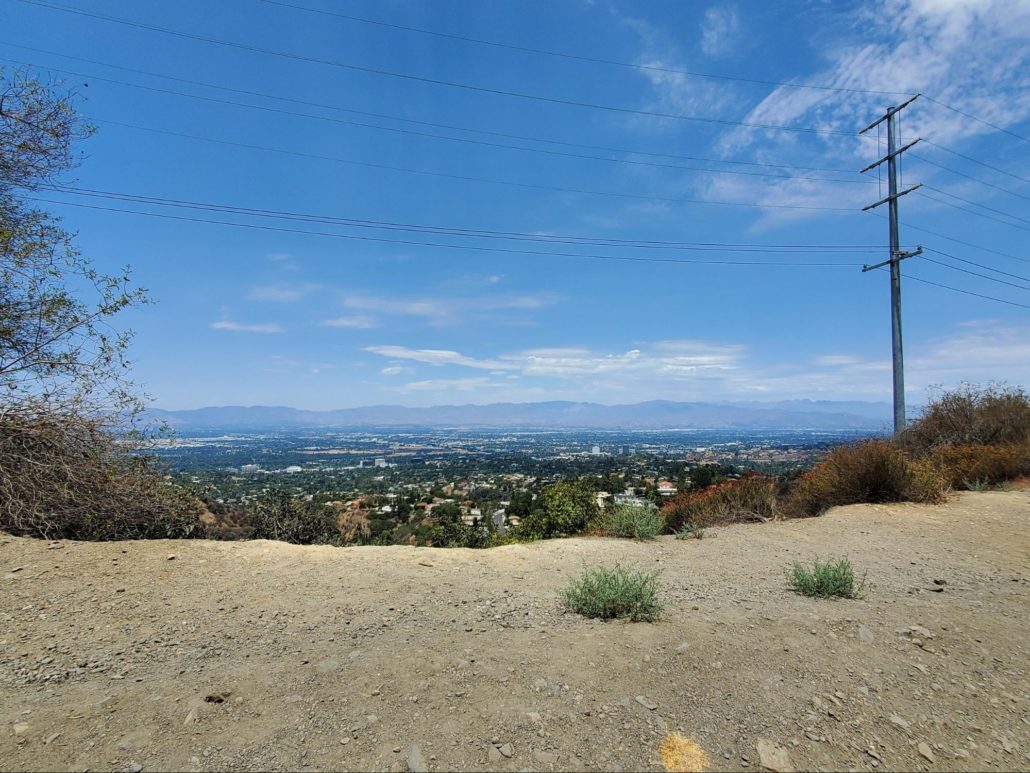 At 0.6 miles, you’ll reach your first fork in the road where the trail splits off in two directions. Heading north will take you to a closer view of the Encino Reservoir that meets a dead end, so we’ll continue West along the main trail to keep heading towards San Vicente Mountain. Be sure to take a second to appreciate the view of the Encino Reservoir as it pokes out through the next section of trail as a standout oasis in the middle of the mountains and city view. 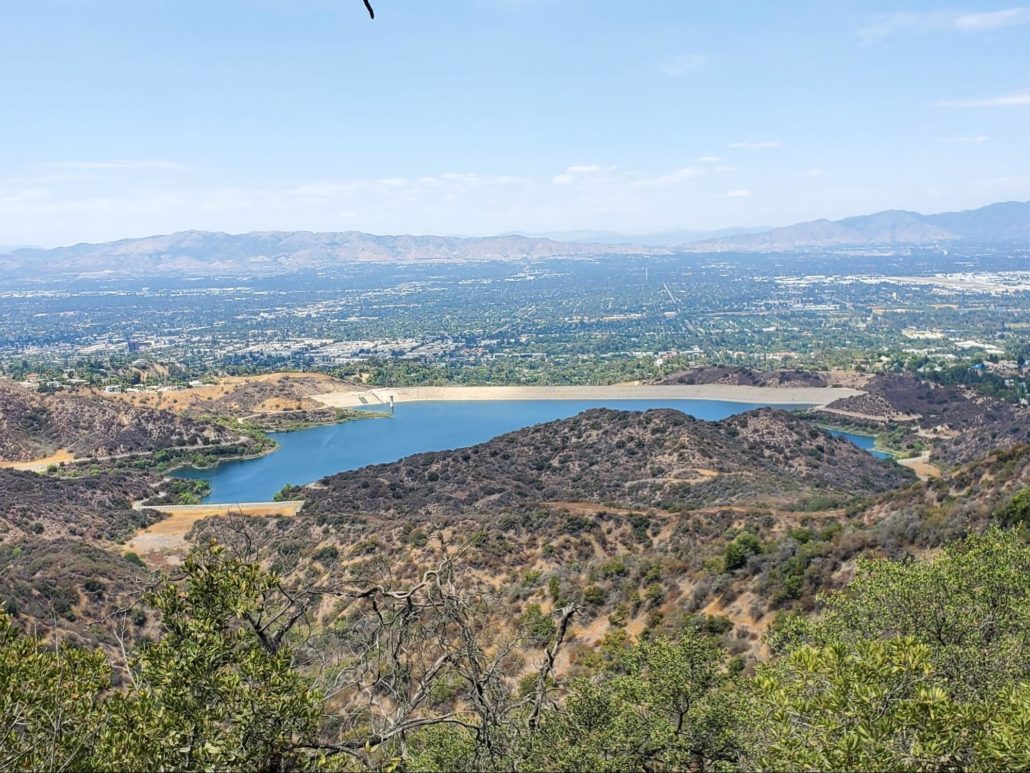 You’ll continue up another 200 ft of elevation over the next 0.4 miles as part of the watch tower at the center of the LA96C military site will begin to peak out above the mountaintops and tease the historic playground you’ll be visiting shortly.

At the 1 mile mark, you’ll be greeted by views of the watch tower and a flurry of Restricted Entry signs giving you an intro to this Cold War Era site. As you pretend to flash your official military papers at the sentry post, you’ll walk back in time to this military reservation that was resurrected as one of a number of Nike missile sites around the country with radar to detect enemy aircraft and launch missiles at them as they may be en route to bomb Los Angeles.

At the time, this site was selected due to sitting on a peak that provided a 360 degree view ranging from Downtown LA to the Pacific Ocean. Soldiers would be on standby at all hours of the day, preparing for a possible attack. This was such a high security area that soldiers only knew their specific assigned jobs, and no one on-site knew exactly how every part of the Nike system worked. 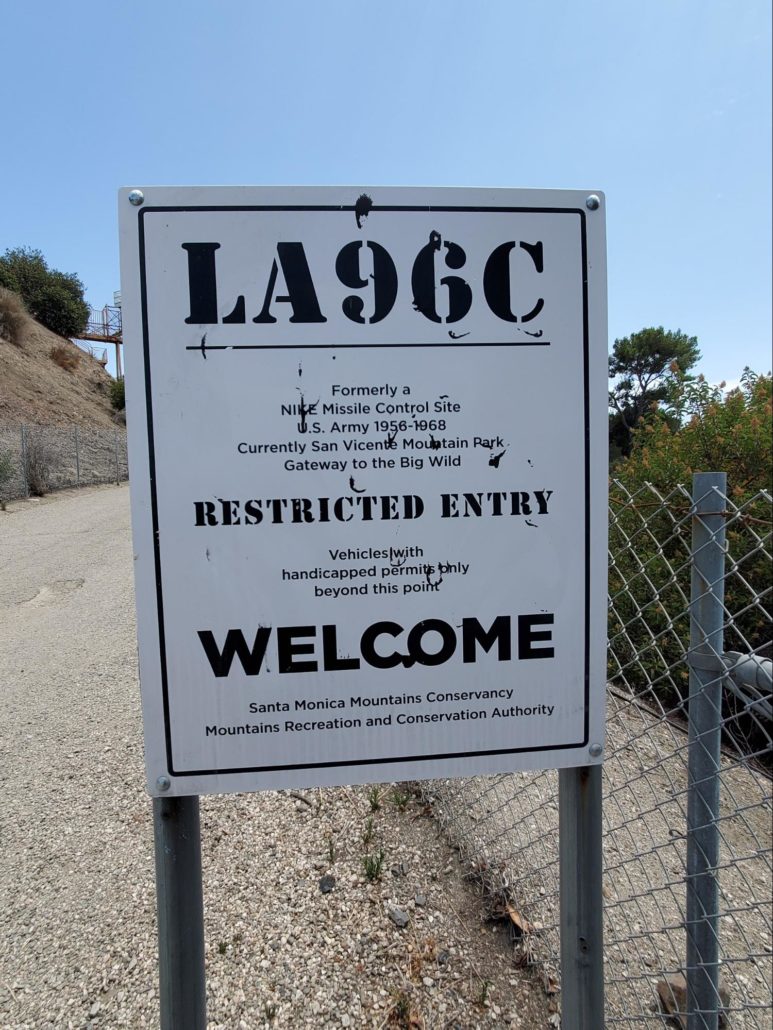 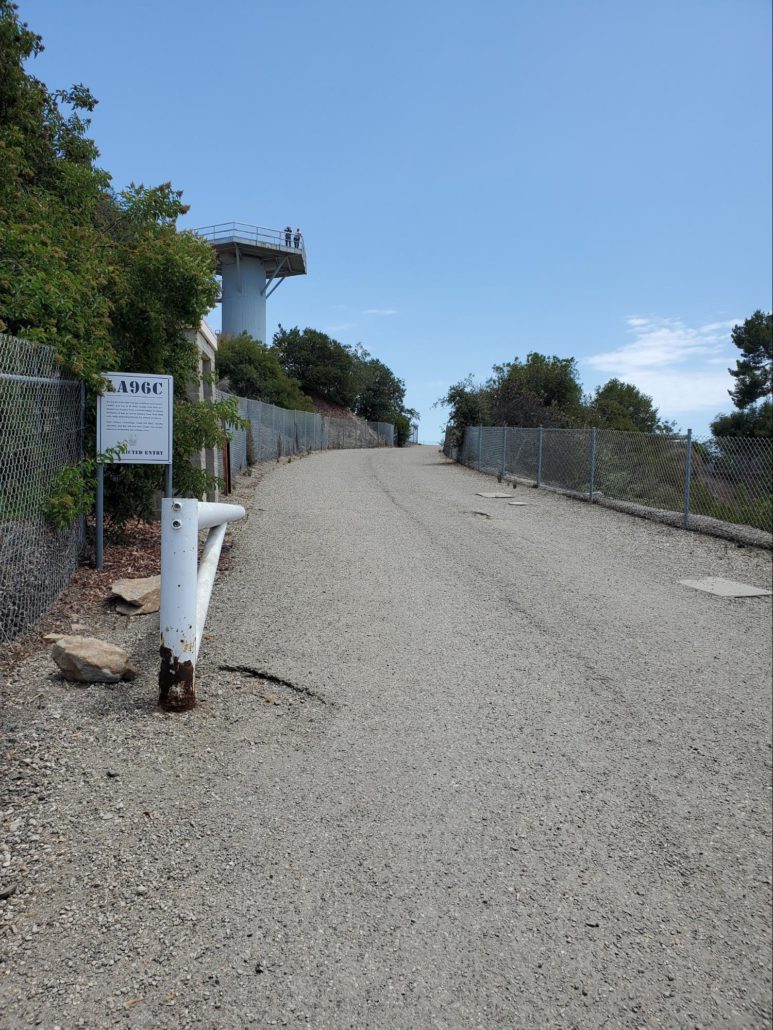 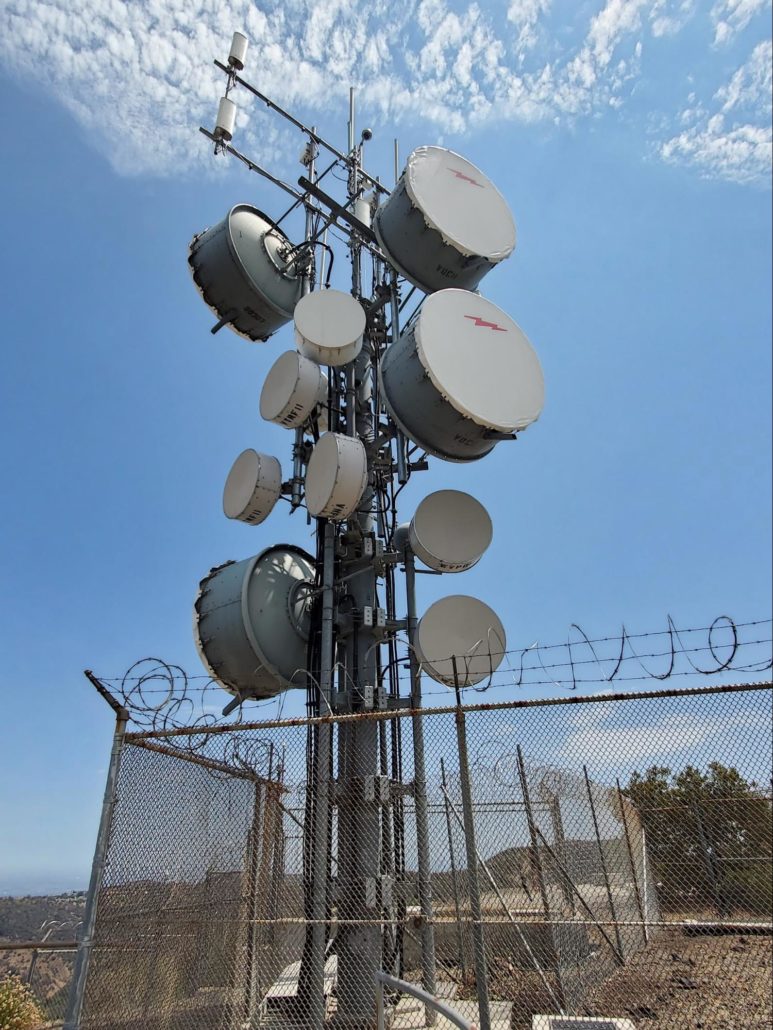 Take some time here to explore all the different parts of the compound and read through all the great information provided by the Santa Monica Mountains Conservancy, who help keep this beautiful partially restored outpost alive and as a part of history. On a clear day, you may still be able to see all the way to the ocean, and there’s no shortage of hawks and other wildlife in your nearby vicinity.

Once you’ve had your fill of the 1950’s and 1960’s, step back into the 21st century by getting back on Dirt Mulholland/Mulholland Drive and head Southwest to continue along the trail. Enjoy one of the few flat sections of this hike as you cover the next 0.8 miles with peek-a-boo views of Encino Reservoir and the city in the background. You’ll pass a few side trails along this section, the first being Edison road, a SoCal Edison service territory. Next you’ll pass Sullivan Canyon Trail, which is a 4.8 mile relatively flat hike if you’re looking for alternative routes.

The remainder of the hike heads downhill from here, and is also the most popular section of trail for mountain biking. You’ll notice a number of makeshift jumps and divots printed with tire tracks, so keep your ears open as you start your gentle descent down the fire road. 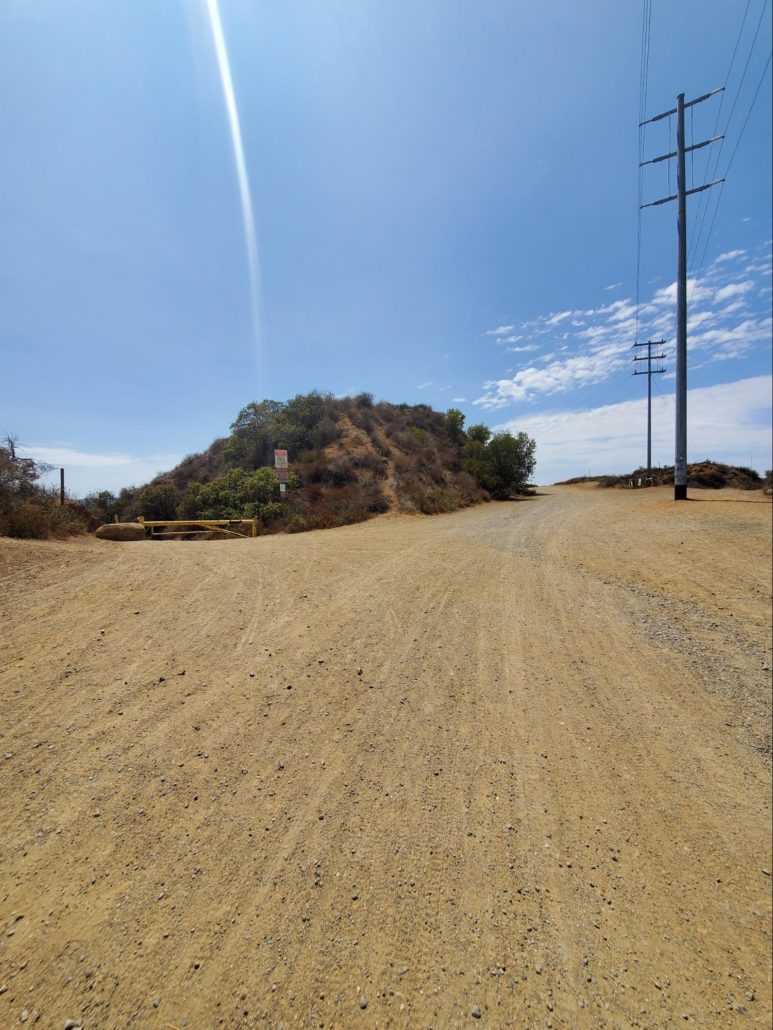 The next few miles of this trail provide expansive views of the rolling canyons and surrounding areas. You’ll also be greeted by a few views of the ocean during this section, with the most expansive view occurring between the 4 and 5 mile marks. 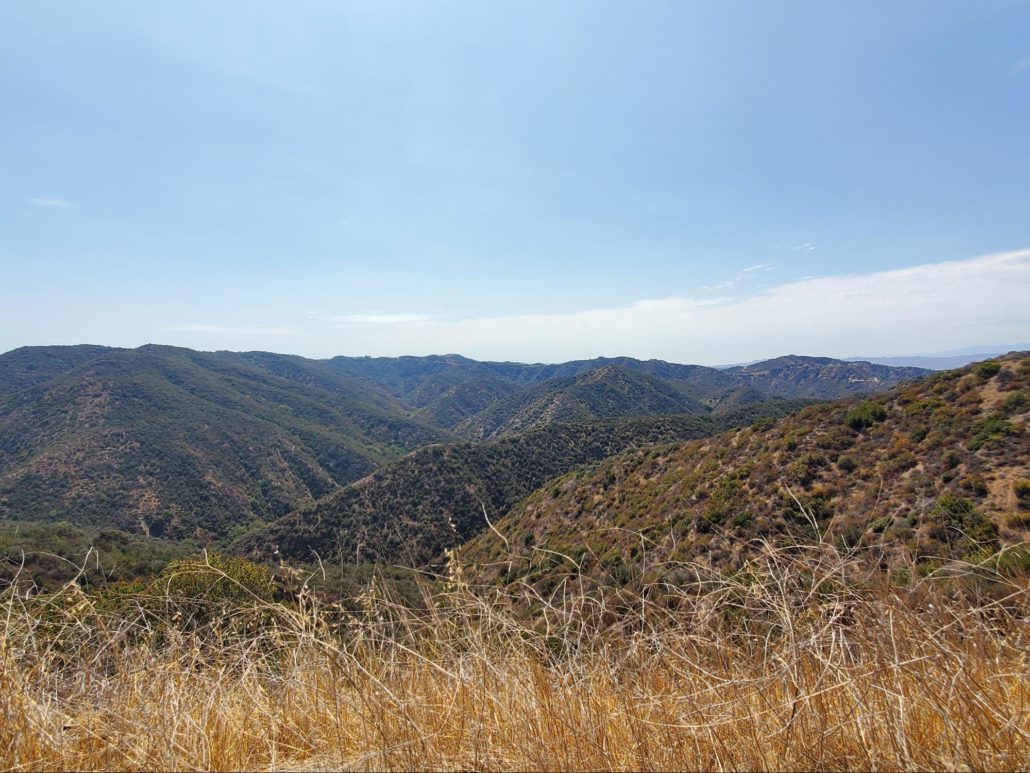 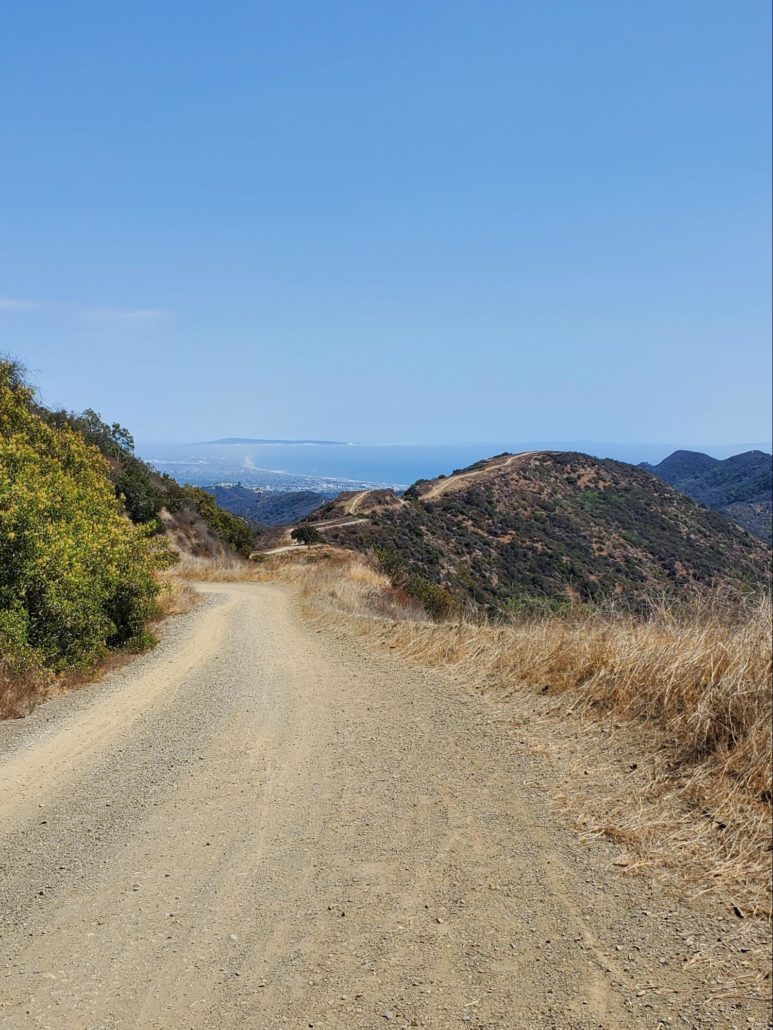 At 4.6 miles, you’ll be greeted by the final parallel trail split for Sullivan Ridge Trail, which offers you both an easygoing option and a challenging option. Those looking for a workout can climb up Sullivan Ridge Trail on their right as they add some instant elevation for the best view of the ocean on this hike, before descending to the end of the trail more steeply. Those looking for a more mild decline can head down Sullivan Fire Road on their left. This direction also provides the best stretch of shaded area as you’re covered by the rising alternate route. Either way, there are plenty of beautiful ocean views you can soak in if you prefer to take a more leisurely pace here. 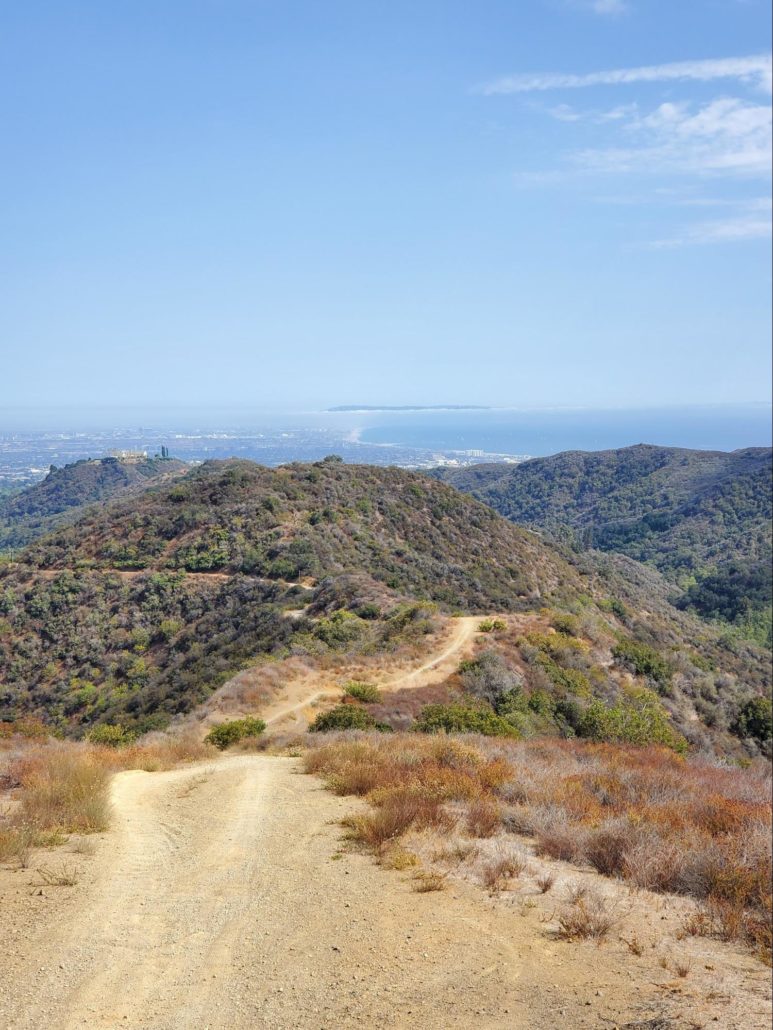 Finally at 5.5 miles you’ll reach the end of the hike as you happen upon the entrance to Camp Josepho, a Western Los Angeles County Council Boy Scouts of America site (read more about Josepho and the nearby compound in Rustic Canyon here). After you take a break and have a snack, head back the way you came by taking either Sullivan Fire Road or Sullivan Ridge Trail. 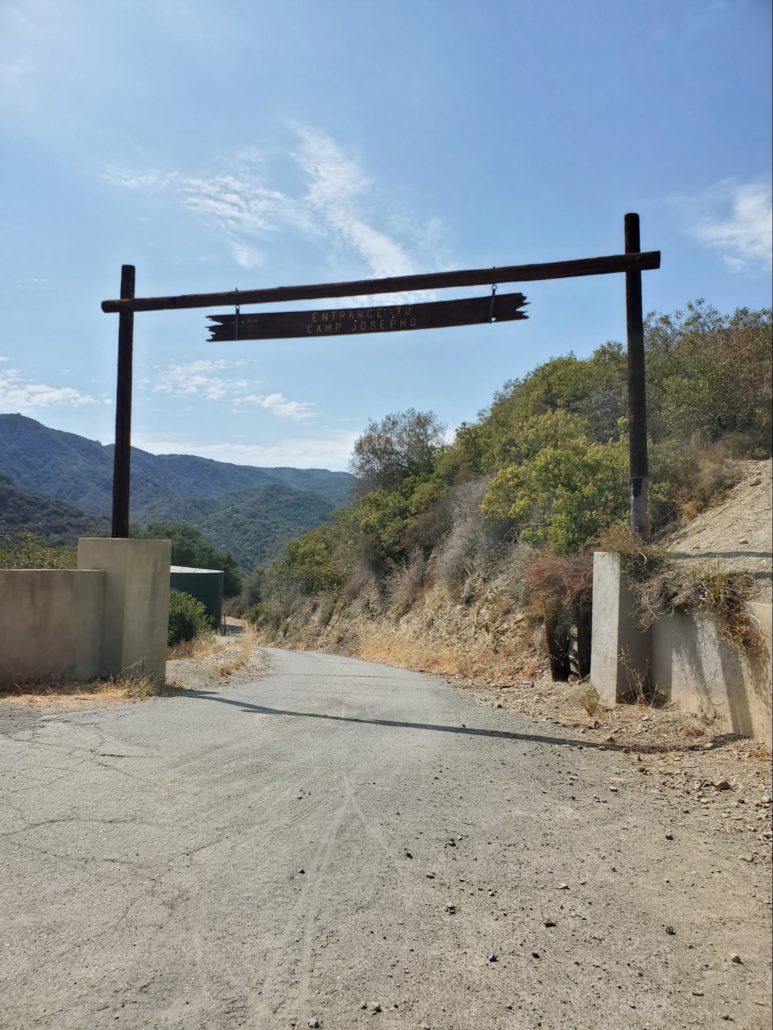 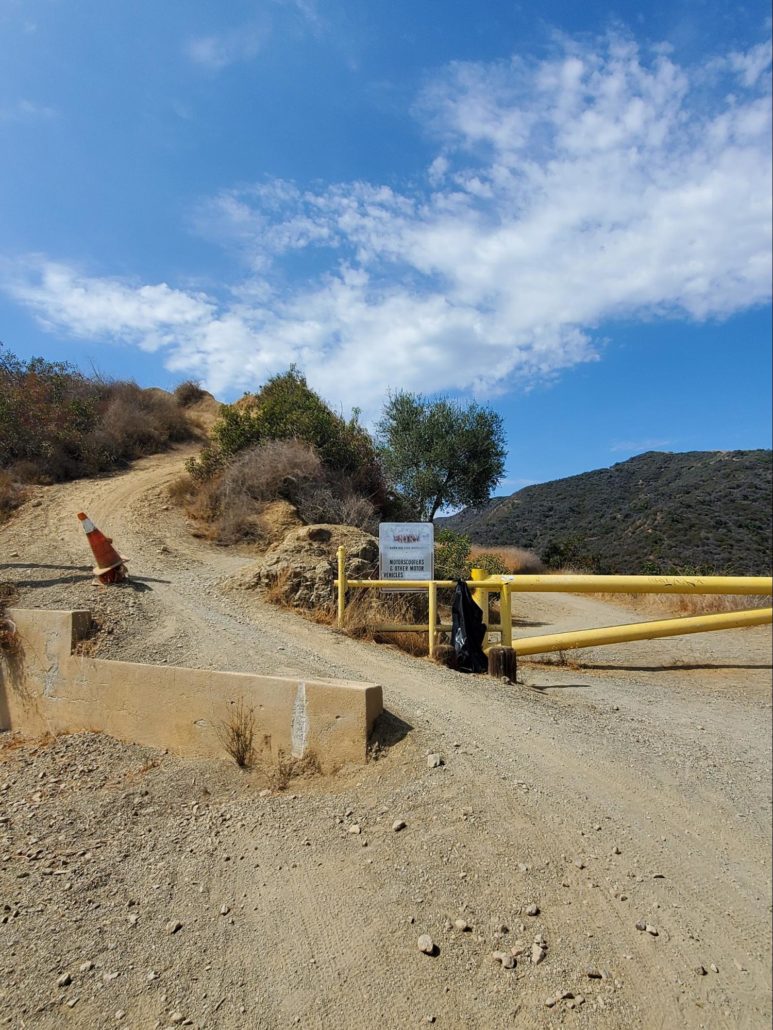 Brandon is a Minnesota native and Los Angeles transplant who found his love of the outdoors in recent years. He loves the numerous adventures exploring the National Parks and National Forests that the West Coast has to offer. 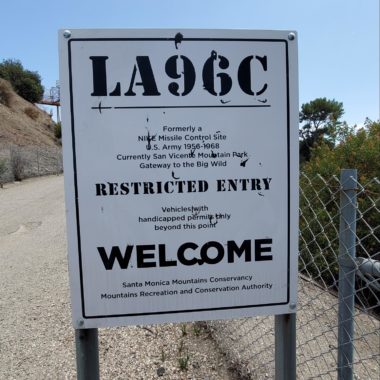 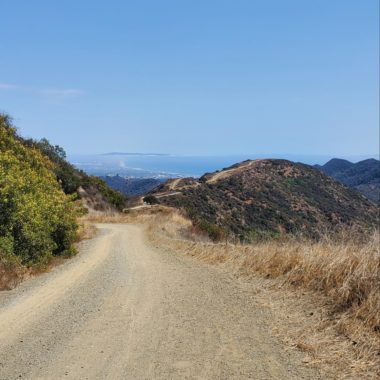 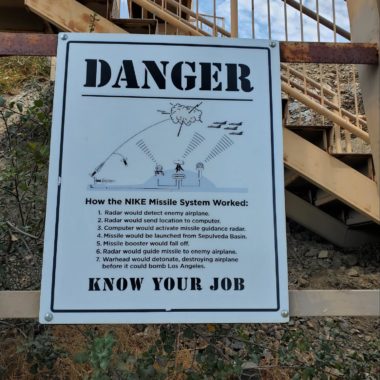 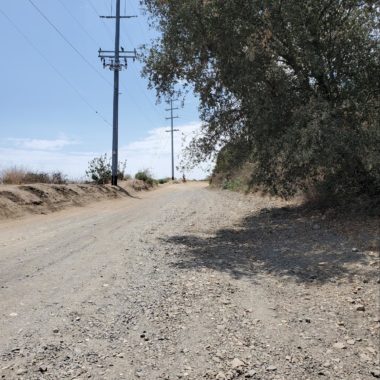 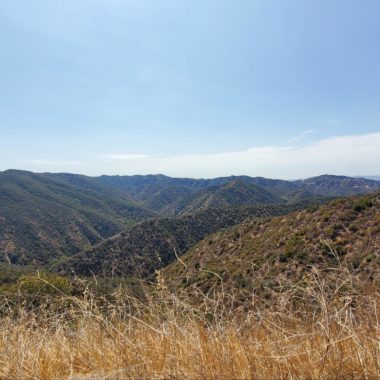 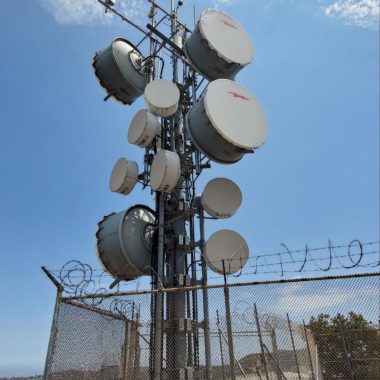 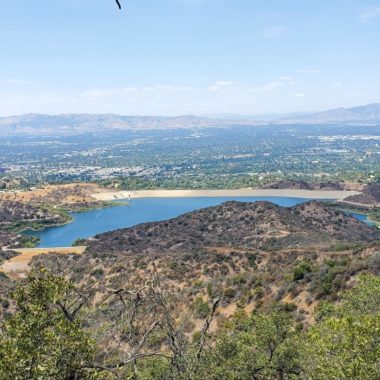 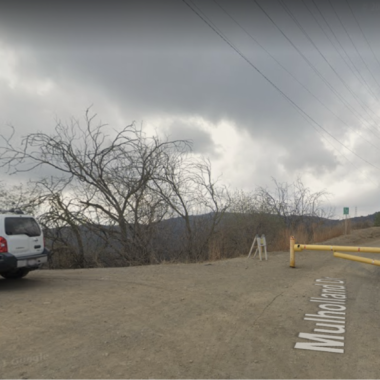 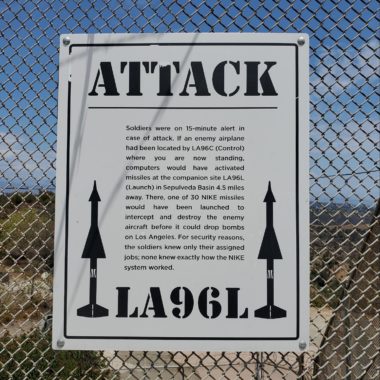 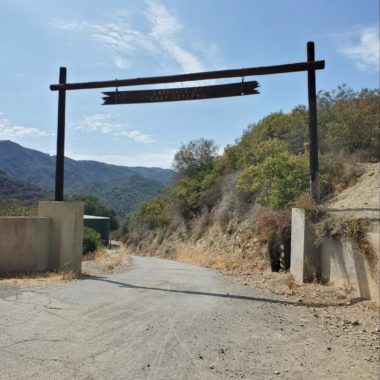 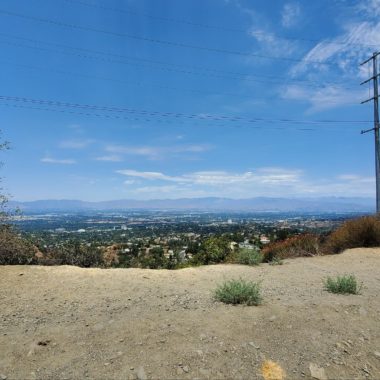 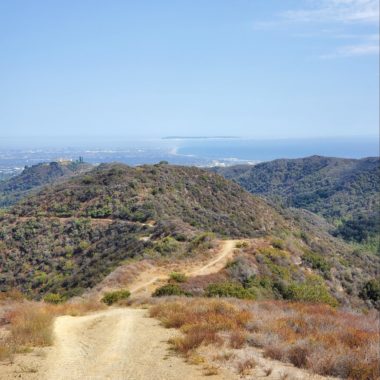 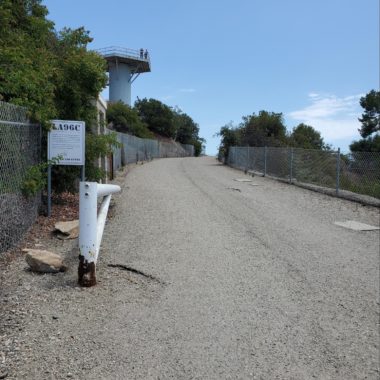 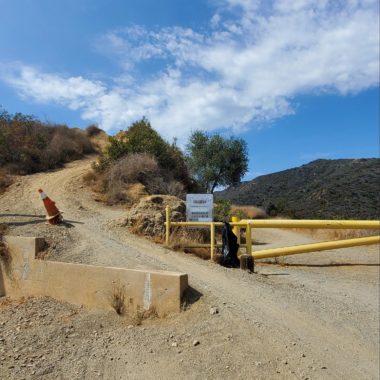 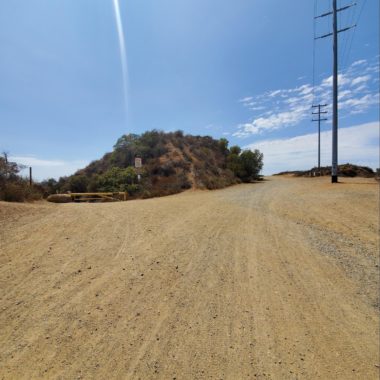 From the 405 northbound, take exit 61 toward Skirball Center and head west on Mulholland Drive. From the 101, take the Hayvenhurst Exit and head south to Mulholland.