As we have witnessed more and more over the past few decades, Southern California is an extremely flammable place. Every year between Memorial Day and early December, drought, winds, and heat turn shrubs and woodlands into potential tinderboxes. All it takes is one spark in a field of dry, non-native grasses, and before we know it, 50,000 acres have burnt, millions of dollars of property have been destroyed, and countless lives have been endangered.

These conditions have threatened homes, lives, and ecosystems in the region for as long as people have lived here. Historically, fires would burn slowly through the surrounding mountains, creating a patchwork of habitats in varying stages of fire recovery. Exponential growth in population and development in the Southern California region over the last 150 years has changed all that, and now the formerly benign fires have become potential cataclysms every time one starts up.

In the early 1900’s, various officials across different agencies began to prioritize fire suppression in response to the growing risk to population growth. Given fire’s propensity to spread rapidly, officials determined that early detection would be the best way to suppress small fires and prevent them from becoming catastrophic conflagrations. Over the next three decades, the forest service and other agencies built numerous lookout towers on the region’s high points, creating a network of points from which to triangulate the location of fires, communicate the locations, and use that information to stamp out fires before property and people could be damaged.

For 40-50 years, the lookouts served their purpose until funding issues, new technologies, and increasing urbanization led officials to believe that forest fire lookout towers had become obsolete. During the 70’s and 80’s, funding dried up, towers closed, and many of the lookouts entered into states of advanced dilapidation varying from utter collapse, dismantlement, or quaint, cobwebbed curiosities. 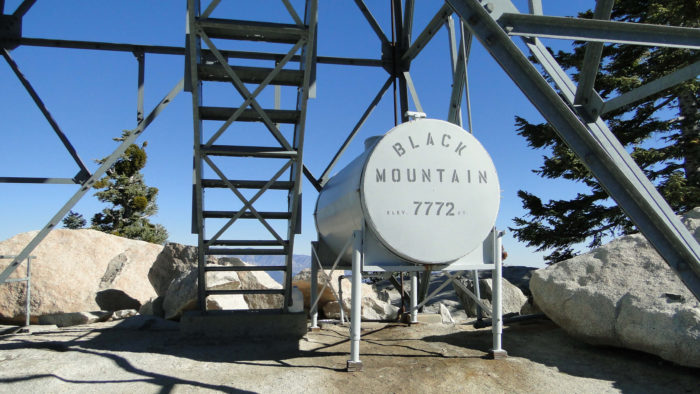 As the years went on and the region experienced some of the most destructive fires in the state’s history, officials began to recognize that advanced technology such as satellite spotting or even aircraft spotting were not always looking in the right place and the right time for fires. It turned out that having a network of lookouts staffed by vigilant volunteers was more effective and efficient in spotting, locating, and reporting fire ignitions. With early warning, fire fighters could get a jump on fires and stamp them out before they became raging infernos like the 2003 Cedar Fire, the 2007 Zaca Fire, and the 2007 Witch Fire (all over 200,000 acres). 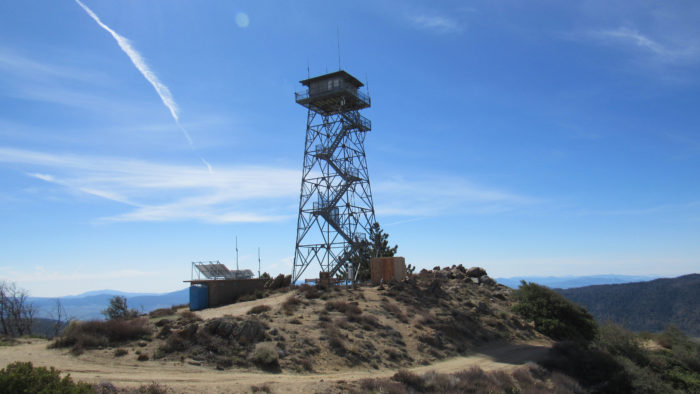 Today, 13 different fire lookouts remain in operation across Angeles (Vetter Mountain, Slide Mountain, Johnstone Peak), San Bernadino (Black Mountain, Keller Peak, Butler Peak, Morton Peak, Red Mountain, Strawberry Peak, and Tahquitz Peak), and Cleveland National Forests (Boucher Hill, High Point, and Los Pinos). The Forest Services staff those lookouts mainly with volunteers from different regional fire lookout associations from May to December. Nearly every day, the volunteers scan the horizon for signs of smoke. Whenever smoke is spotted, the volunteers report to their dispatchers, who trigger an early response mechanism that stomps out many local fires before they turn into the raging SoCal infernos characterizing the first decade of the 21st Century.

While all of these lookouts are accessible by vehicles (usually via dirt roads), a handful of the towers also double as excellent hiking destinations by way of popular routes. Black Mountain in the San Jacinto Mountain Range (not to be confused with the billions of other Black Mountains out there) is one such destination, as hikers can reach the tower by way of a steep, varied, and beautiful hiking route that runs from Highway 243 to the lookout tower on the 7,772’ summit. 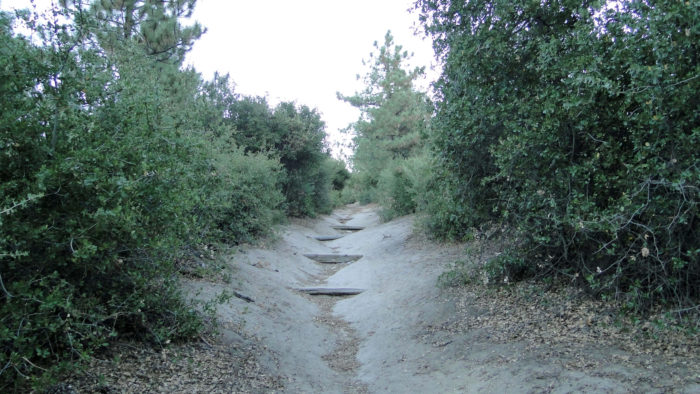 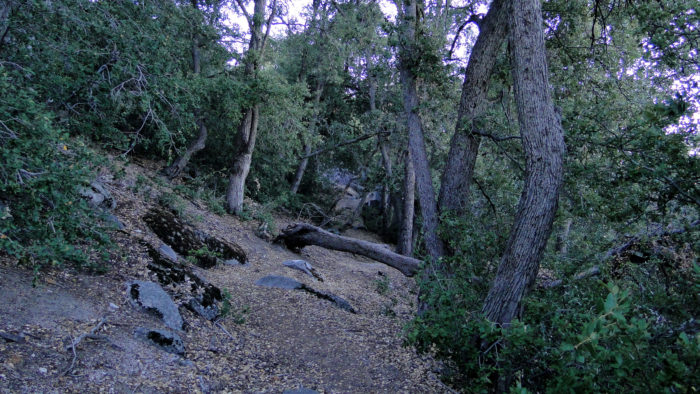 Strike out from the signed trail uphill on the rough trail through montane chaparral punctuated here and there by Coulter pines and black oaks. The first 0.8 mile of the route weaves its way uphill on a steep pitch while the vegetation mostly obscures the views across the Inland Empire bound by in a rough circle by the Palomar Mountains in the south, the Santa Ana Mountains in the southwest, the eastern end of the San Gabriels to the west, and the San Bernadino Mountains to the north. All of these ranges and their relative high points will be on display throughout the hike, giving you an obvious hint as to why Black Mountain was selected for a fire lookout point. 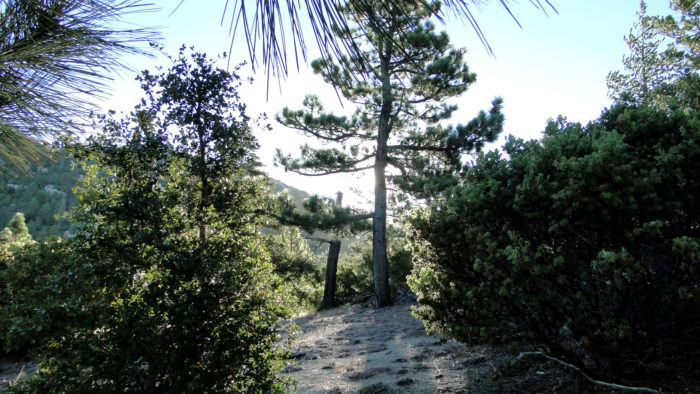 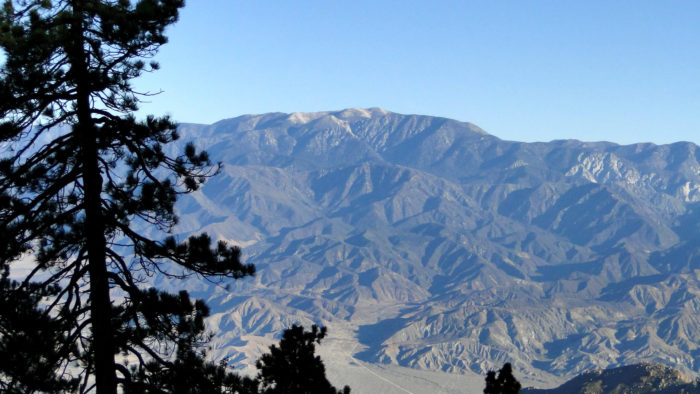 The terrain evens out a bit at .9 miles as the trail passes through an open stand of oak/conifer forest nestled into a rugged field of boulders. The trail then dips into a shady ravine, which it follows west before mounting a saddle just south of Peak 6364. All throughout this 0.9 mile stretch, views west reveal bits and pieces of the comprehensive view available at the summit. 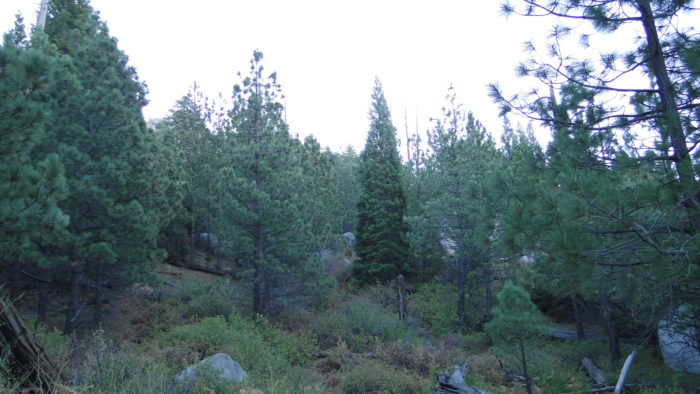 Beyond the saddle, the trail makes a brief and barely perceptible descent into the upper reaches of Hall Canyon. Around this time, the vegetation, which has remained a mix of conifers, chaparral, and oaks, makes a defined transition into a nearly pure coniferous forest. As you approach the watercourse at the heart of Hall Canyon, a lusher understory of ferns, thimbleberries, and grasses indicates the presence of at least intermittent water. Topo maps don’t indicate the presence of a spring nearby, but I surmise that the shaded, sheltered canyon at a higher elevation holds a good deal more moisture than the drier slopes you ascended previously. 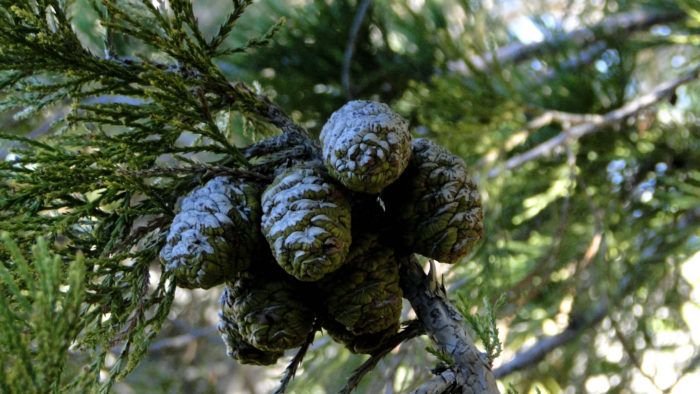 As you cross the dry creek, look ahead and slightly to the right to see if you can spot the trail’s big surprise. A tall, silver-green, spire-shaped conifer stands tall amongst more irregularly shaped pines. The tree’s feathery foliage, reddish bark, and egg-shaped cones reveals that it is a bit of a stranger in this dry montane climate. This mysterious tree is actually a giant sequoia that’s part of a large grove of tree planted by persons unknown many decades ago. This first sequoia will be the first of many, and small specimens of the tree occur in dense thickets for next .5 mile. 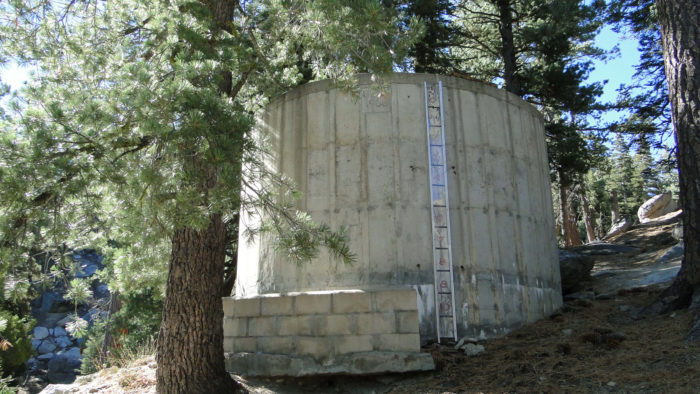 Keep to the right of the tank 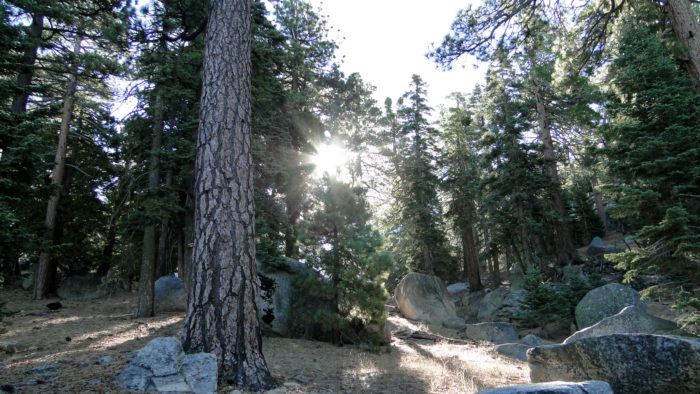 At 3.3 mile, the trail ends abruptly at a wide clearing at the end of a decaying dirt road. Turn right here toward a water tower, and then pick up the faint path traveling south and then southeast. This faint trail is easy to lose in a couple of spots, and this will be the trickiest bit of navigation on the route. Initially, the trail heads due south toward a saddle between a nob and the peak. The path then bends to the southeast to approach the summit. The trail passes through a boulder pile before ending up on a wide dirt road in front of a shed and a paved walkway. Follow the paved walkway as it switchbacks through massive boulders and pines before emerging at the base of the lookout tower. 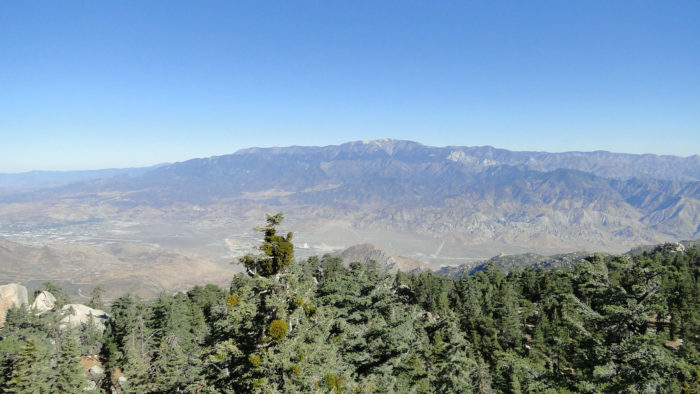 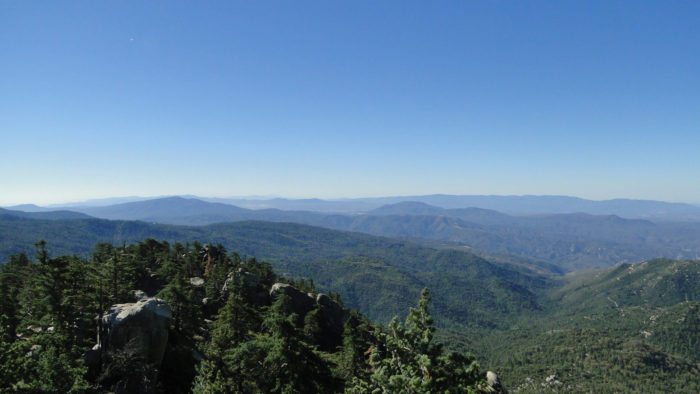 The lookout tower may be open to visitors between May and December, but if there’s an active fire, you may be asked not to disrupt the lookout volunteer. If the tower is open, climb up to get the best views. Looking north, you will pick out the massive southern flank of San Gorgonio Mountain leading east toward San Bernadino Peak. If the air is clear, you will be able to spot Mt. Baldy, along with Cucamonga and Etiwanda Peaks. Scan south past the flatlands of San Bernadino to come upon the rumpled ridgeline of the Santa Ana Mountains, culminating in the saddle-shaped formation topped by Santiago and Modjeska Peaks. Continuing southwest, the Santa Anas taper into Temecula Valley with a glimpse through a gap toward the Pacific Ocean before the land swells again at Agua Tibia Mountain and the Palomar Mountains. 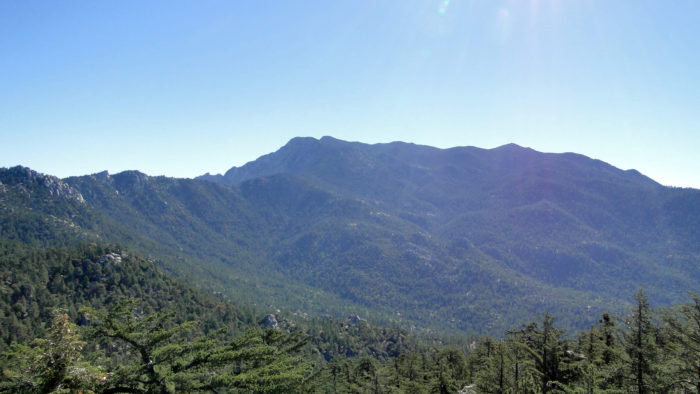 Continue scanning south and east, you may be able to discern several San Diego County High Points, including Cuyamaca Peak, Hot Springs Mountain, the Laguna Mountains, and the San Ysidro Mountains. Thomas Mountain’s triangular summit looms nearly due south, and the uppermost point of Tahquitz Peak cranes above Marion Ridge as it swells up to Mt. San Jacinto due east of your position. This unique view of San Jacinto surveys the heavily forested western flanks as the swell to the mountain’s rocky high point. 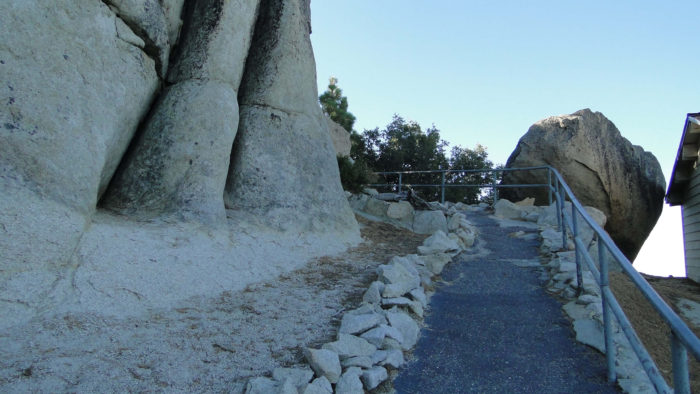 Paved trail to the lookout

Don’t forget to thank your lookout volunteer before you make the trek back downhill. Their constant vigilance nips a large number of fires in the bud, preserving habitats and preventing property destruction. They do it all for free (and to enjoy the views, of course), and their contributions should not go unnoticed. 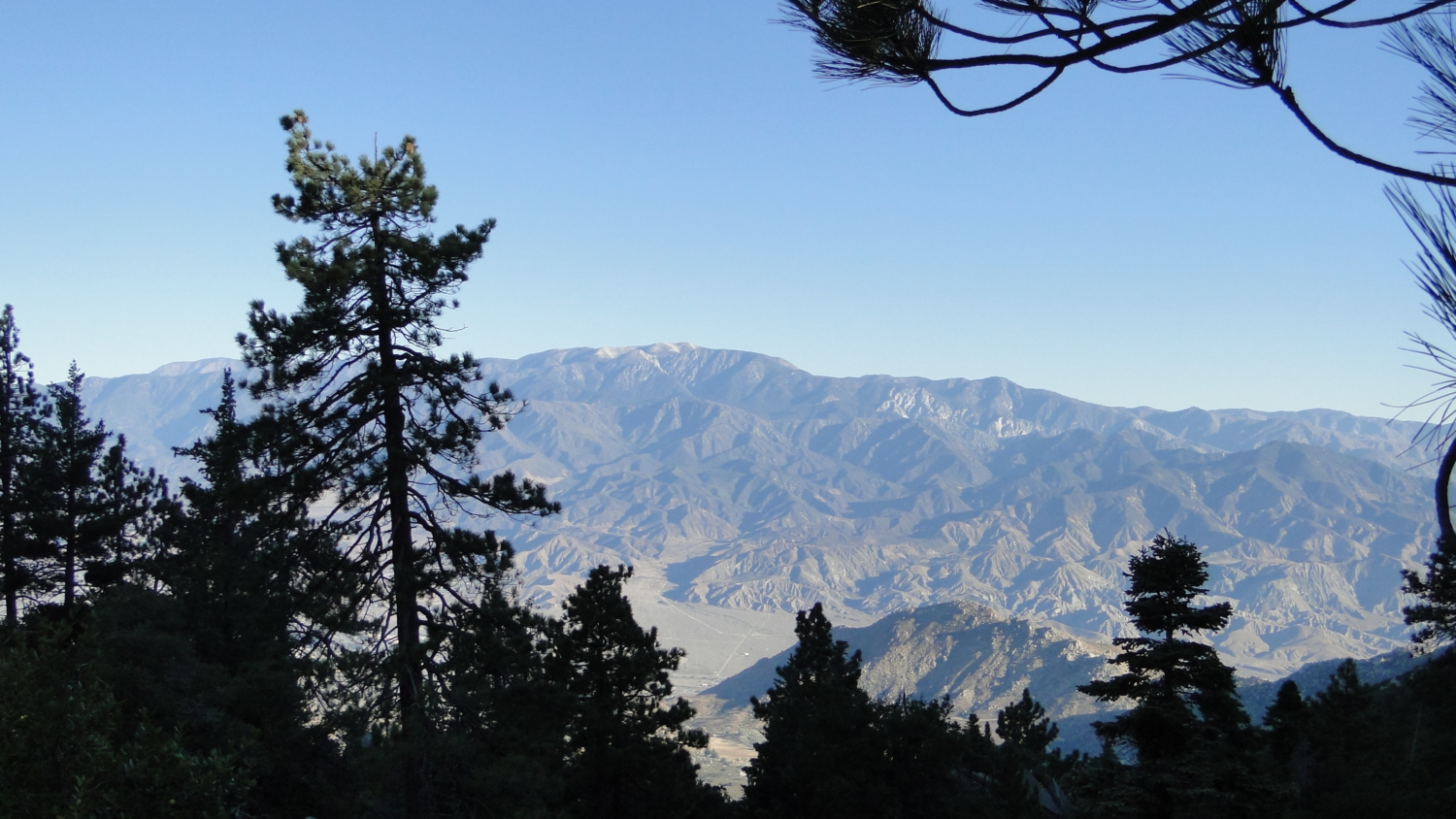 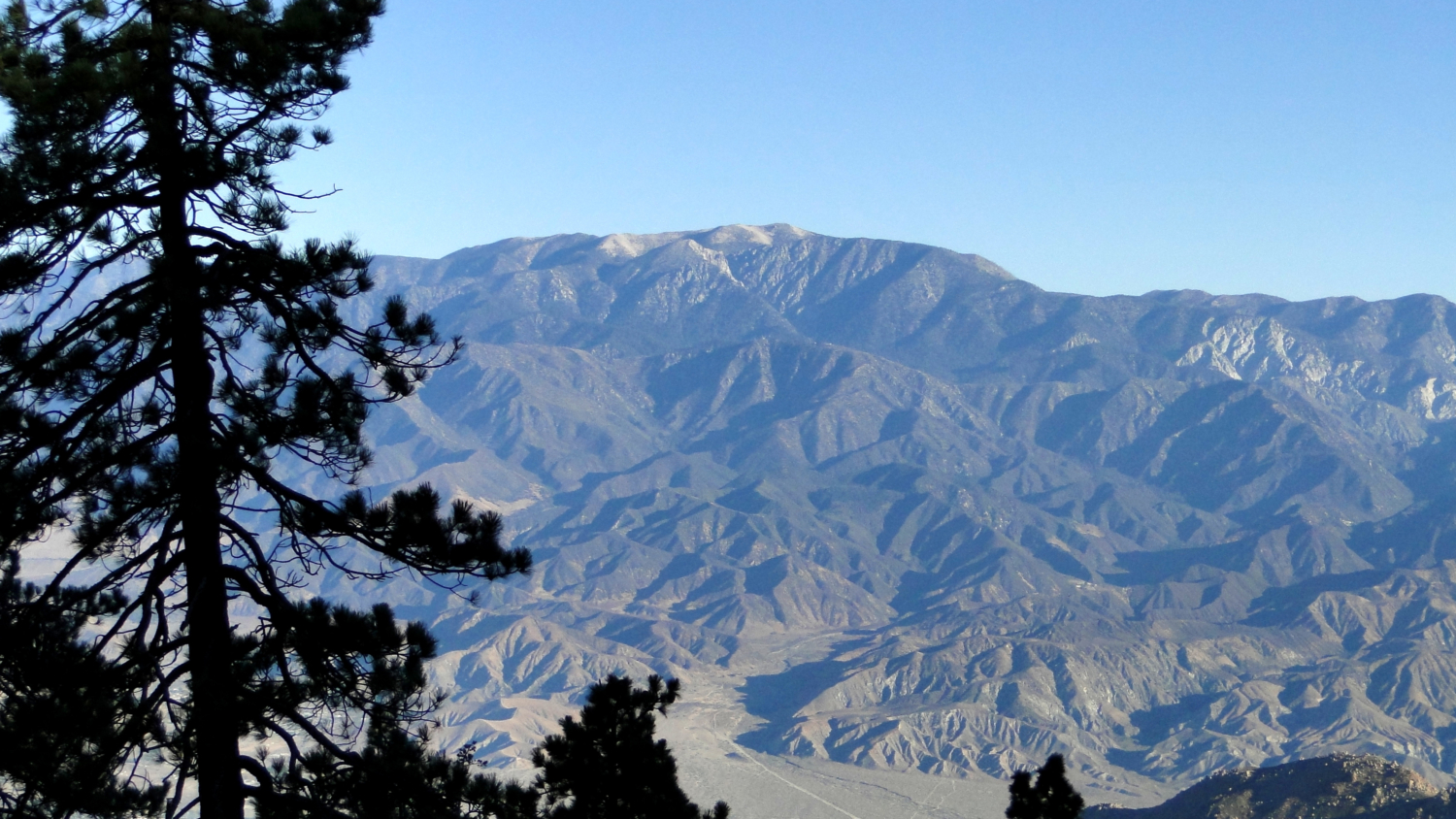 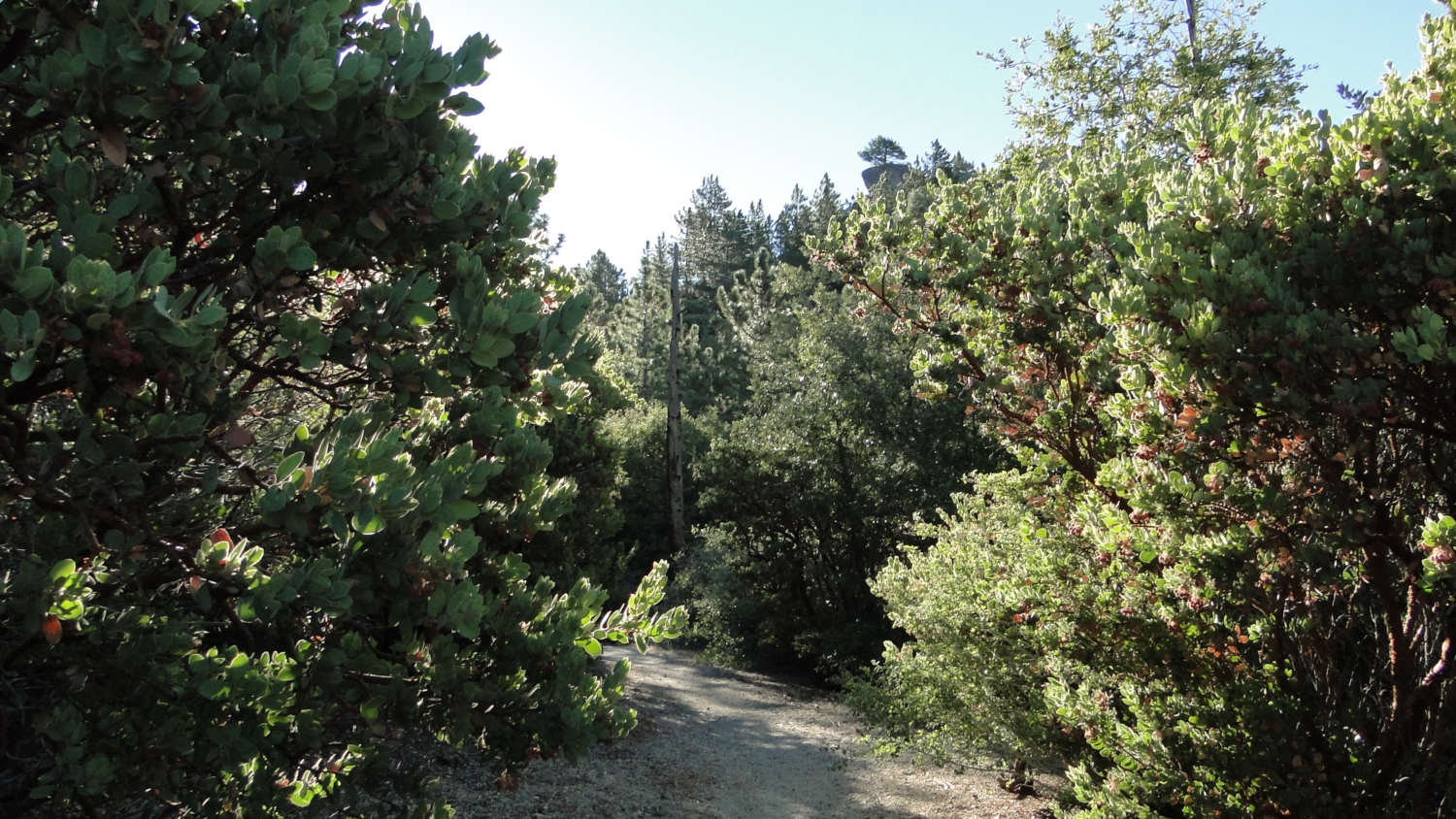 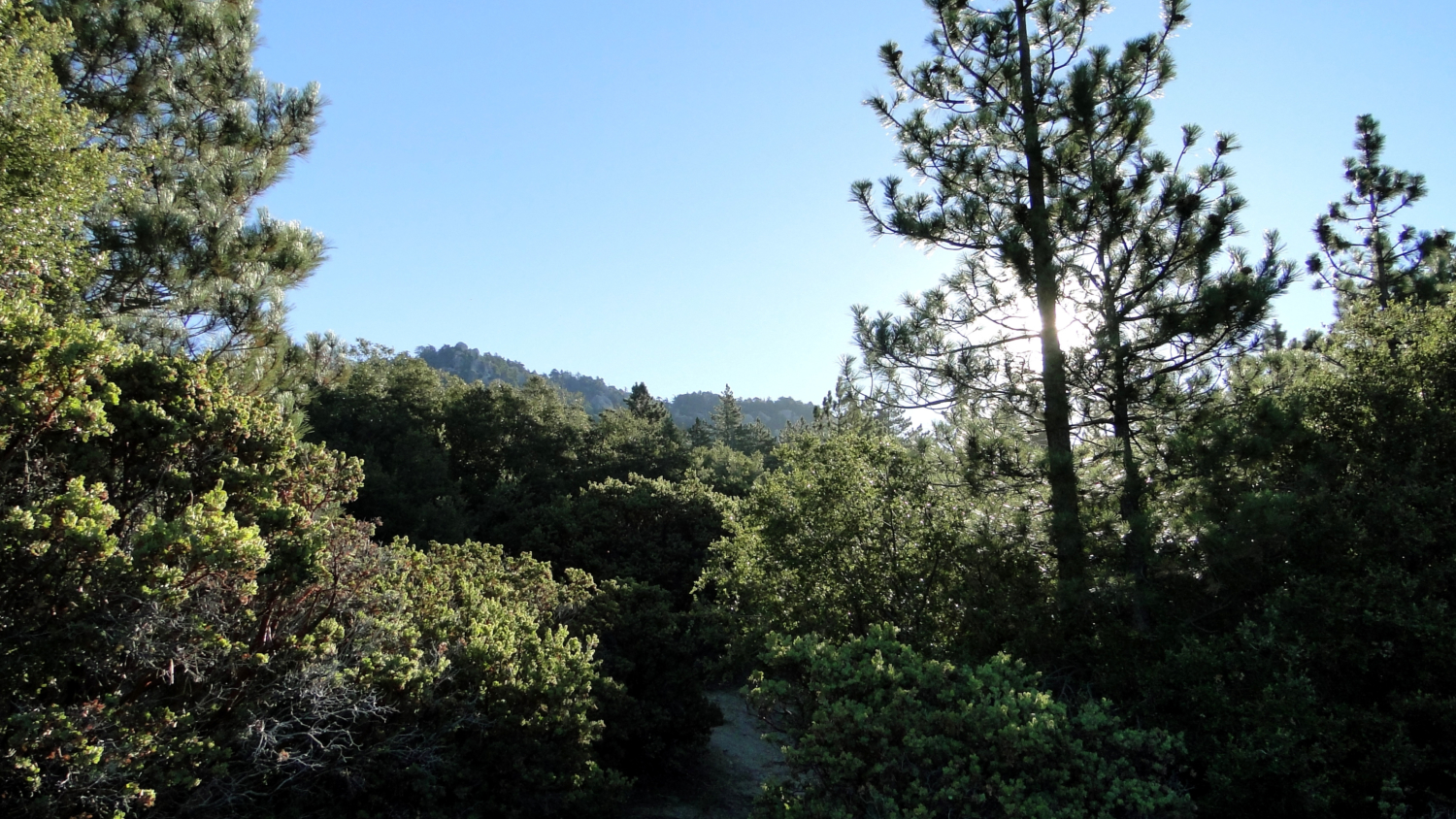 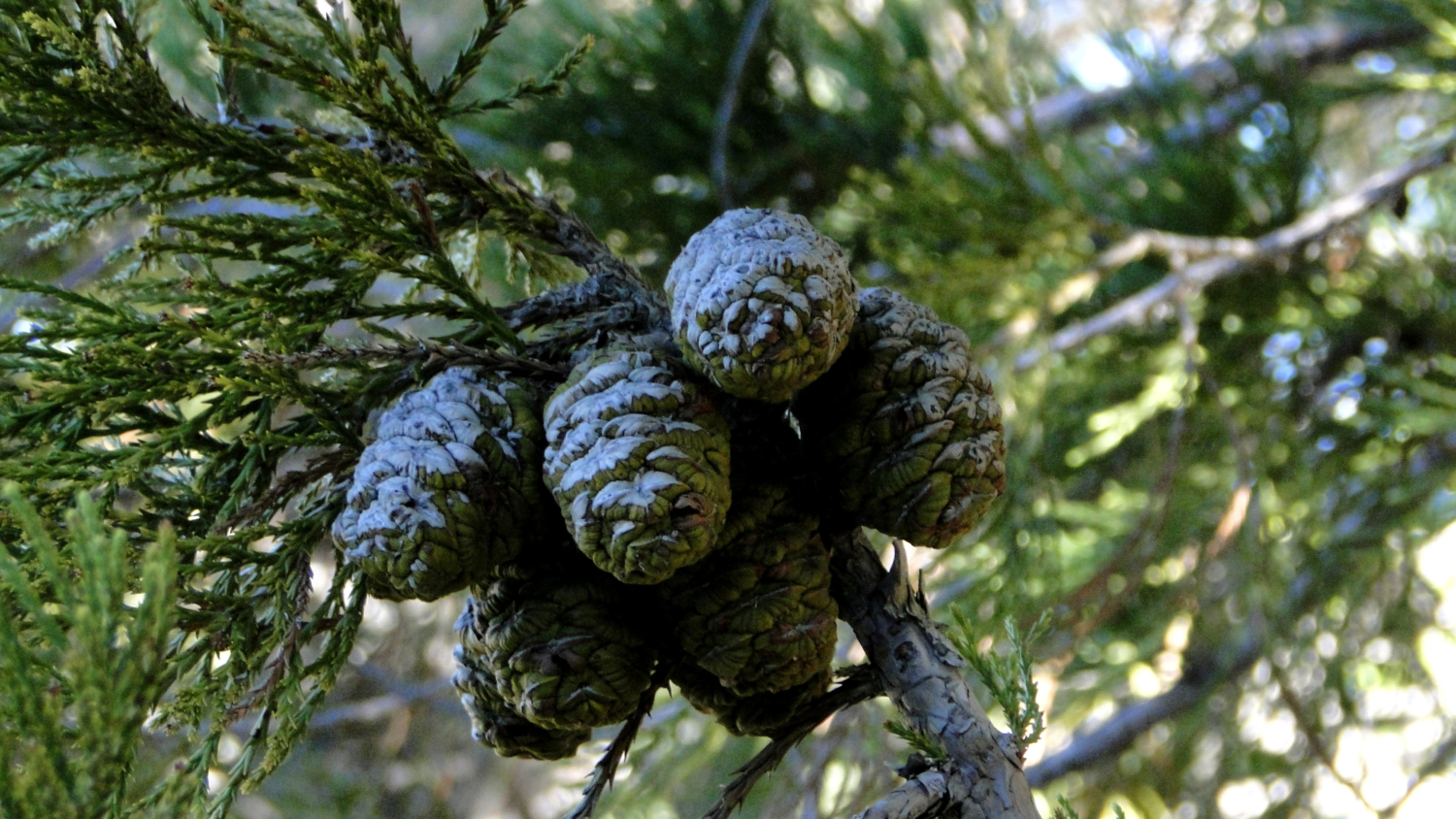 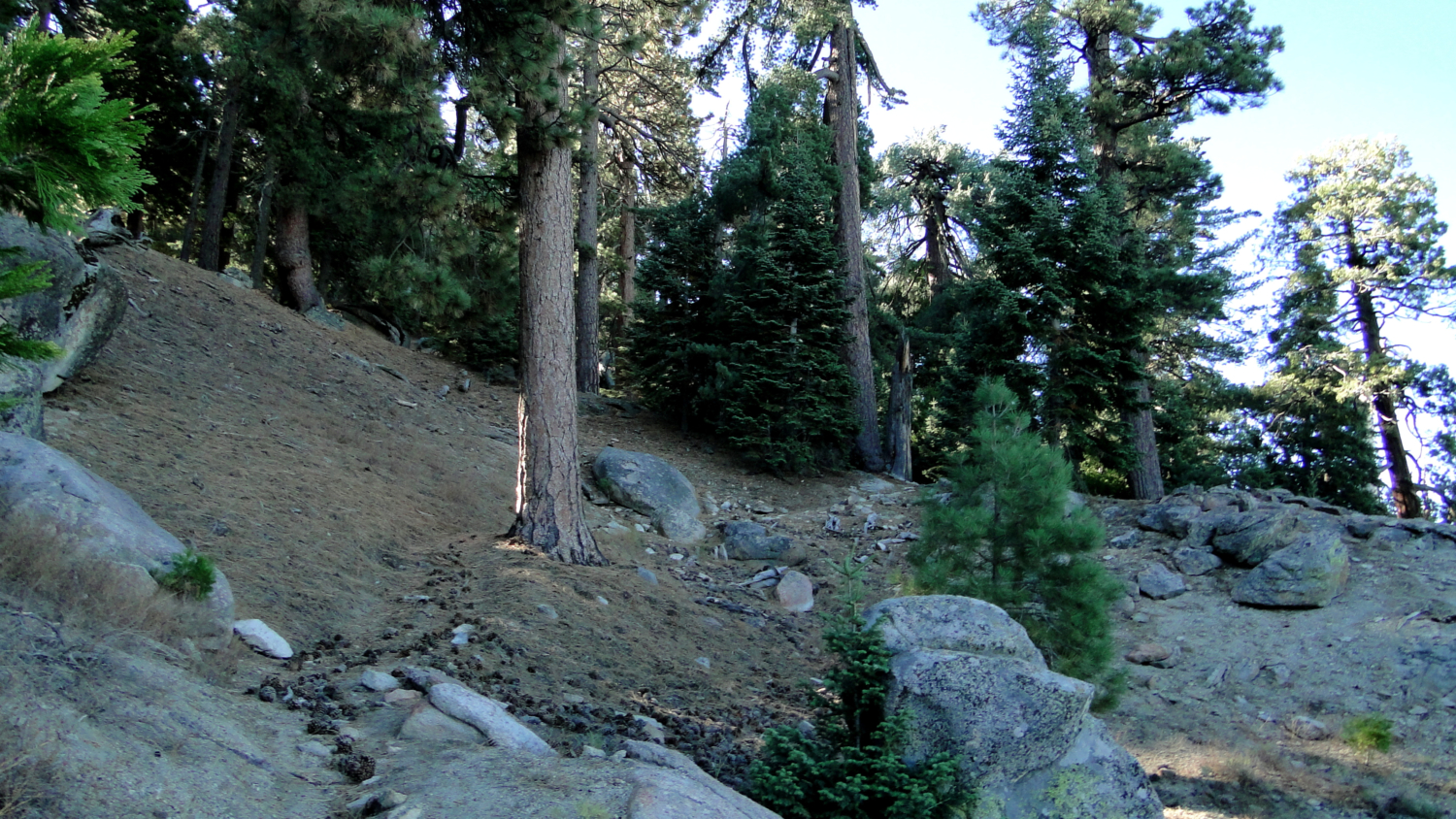 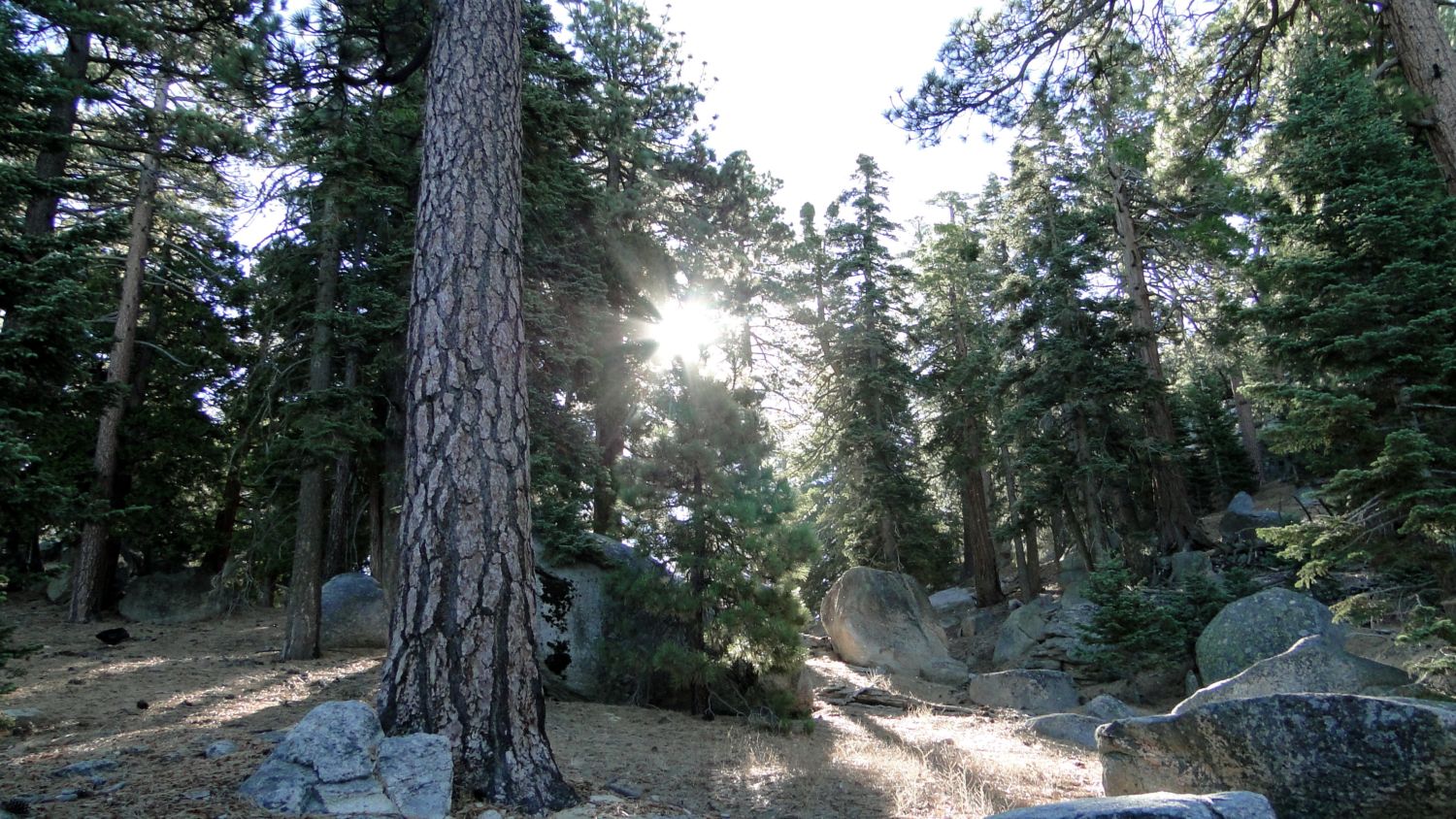 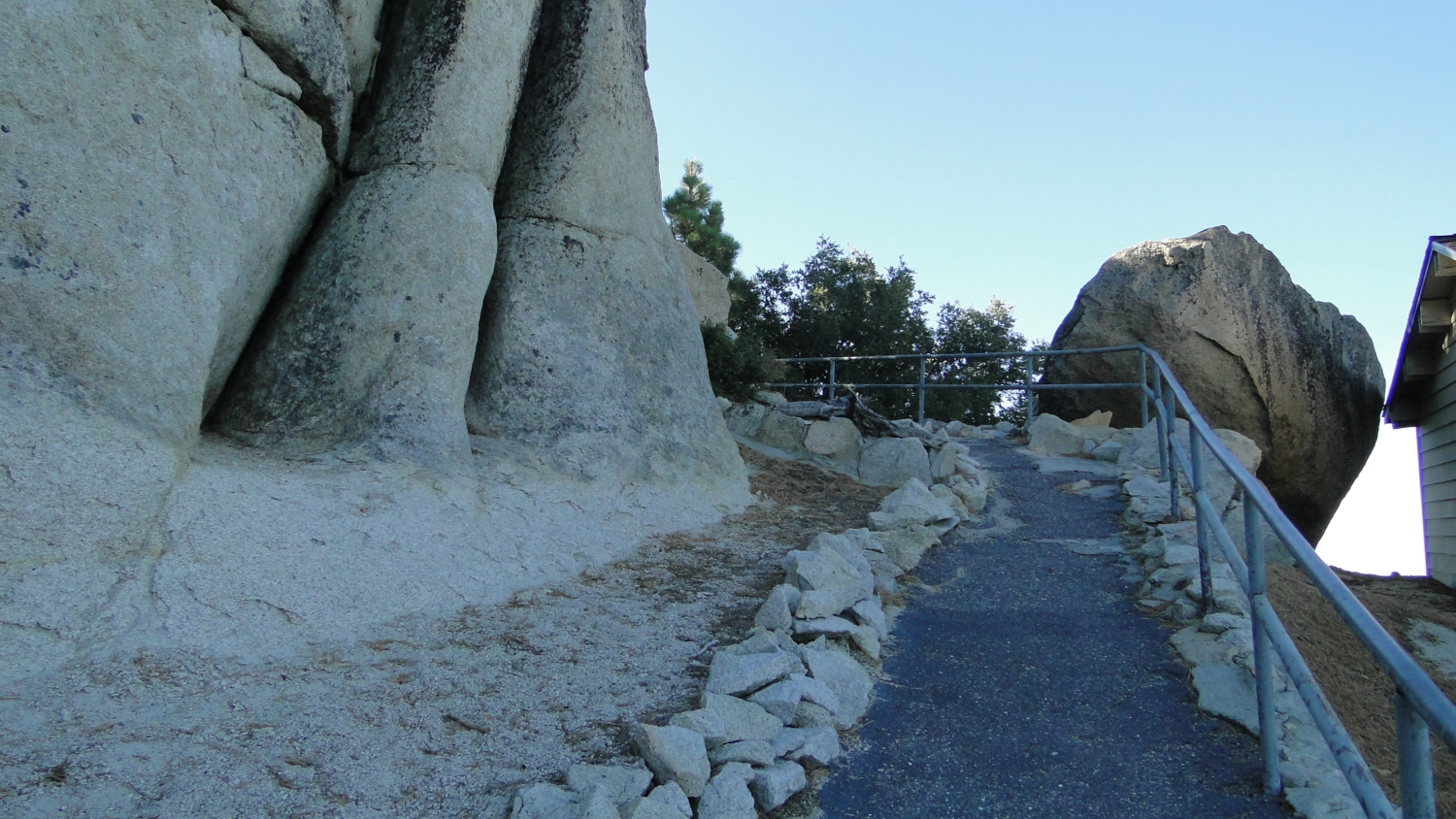 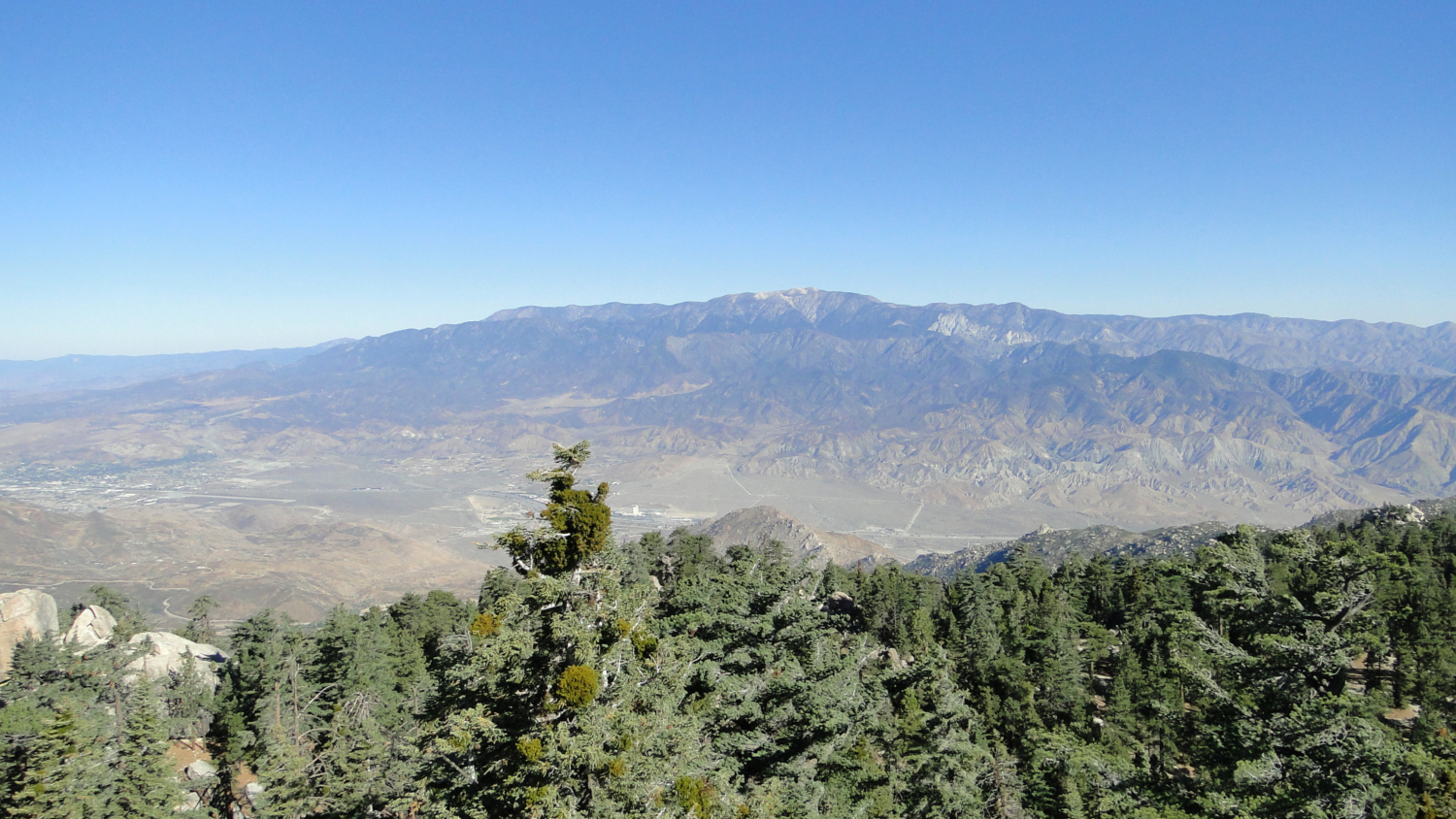 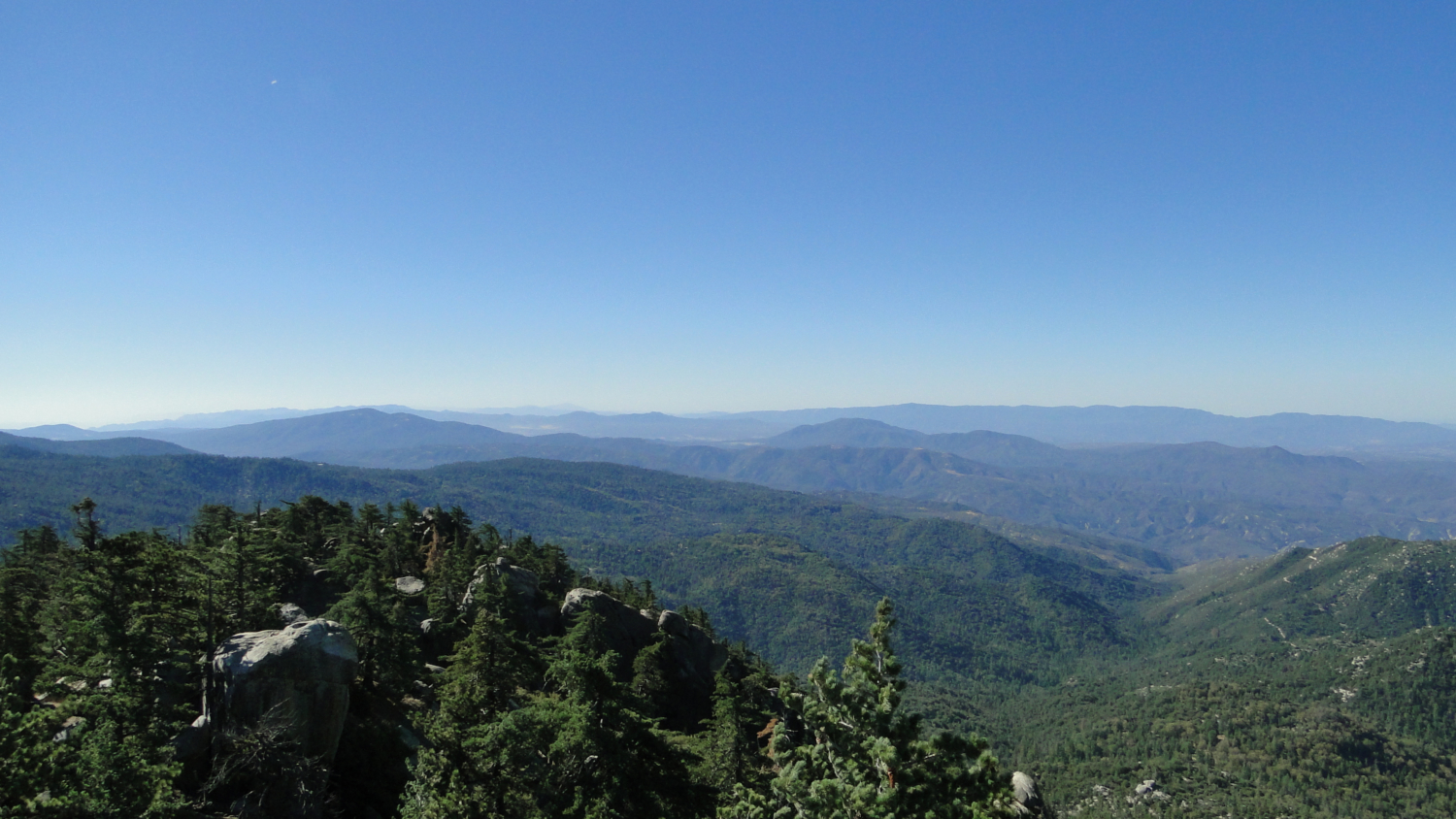 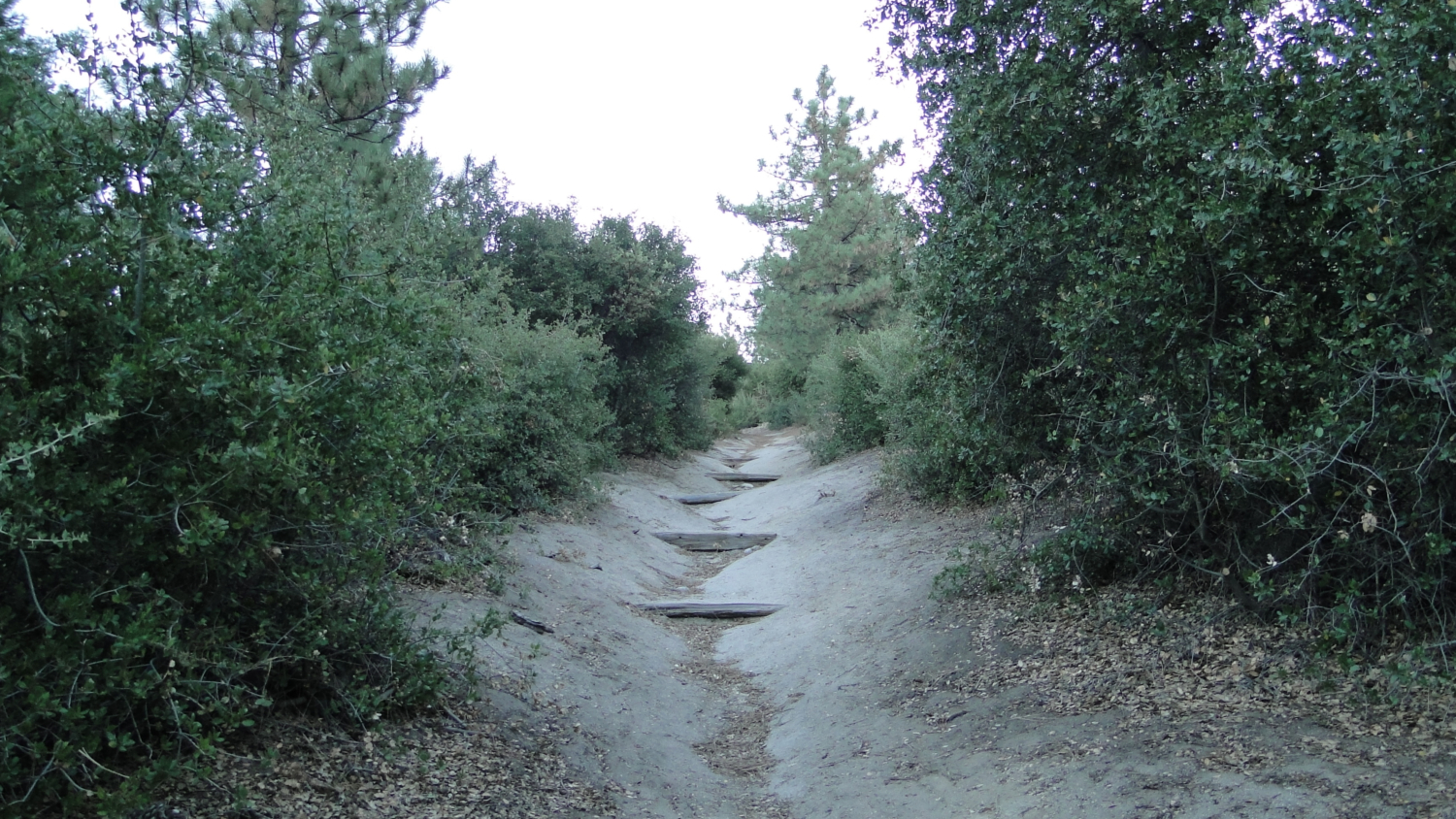 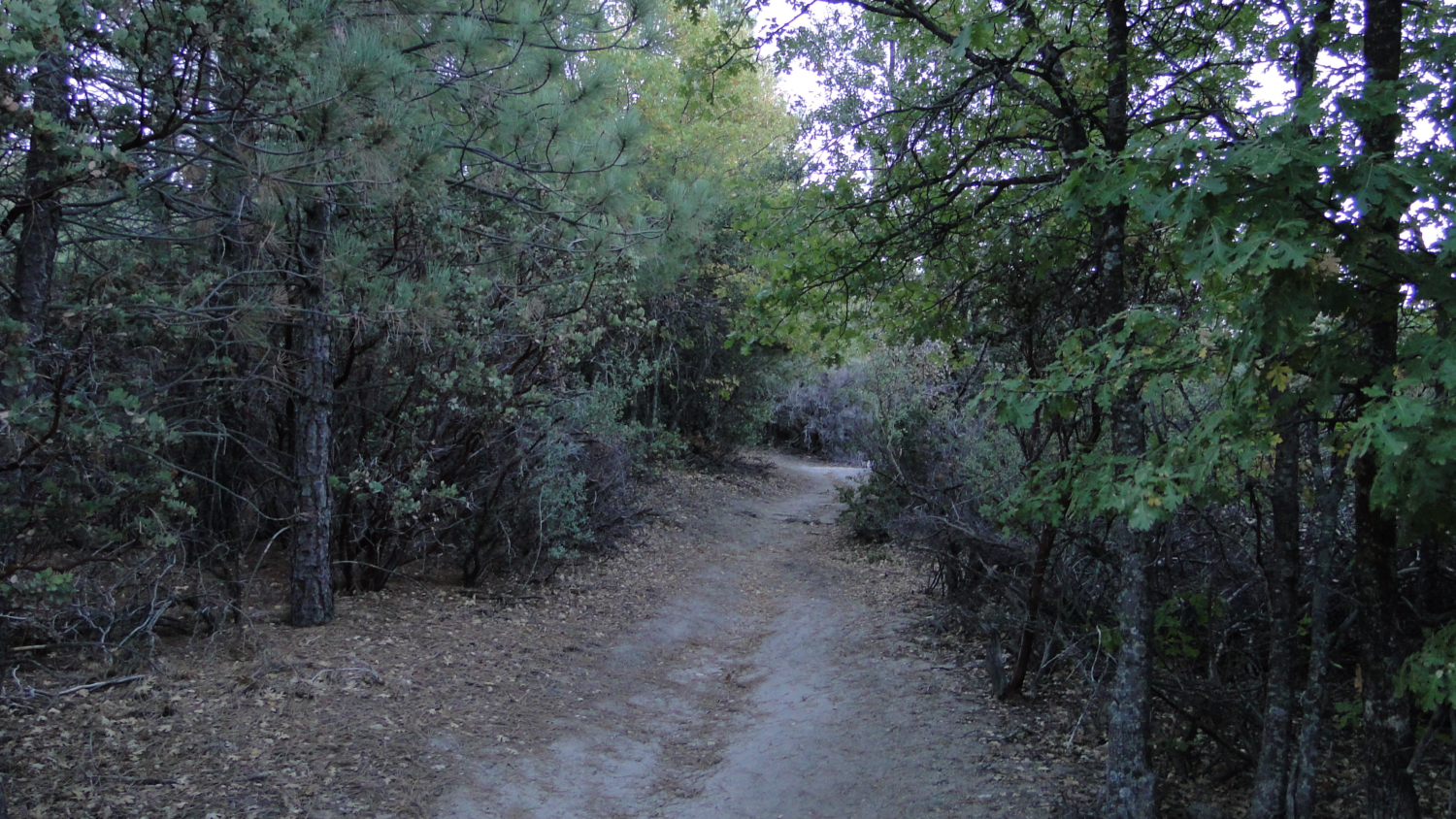 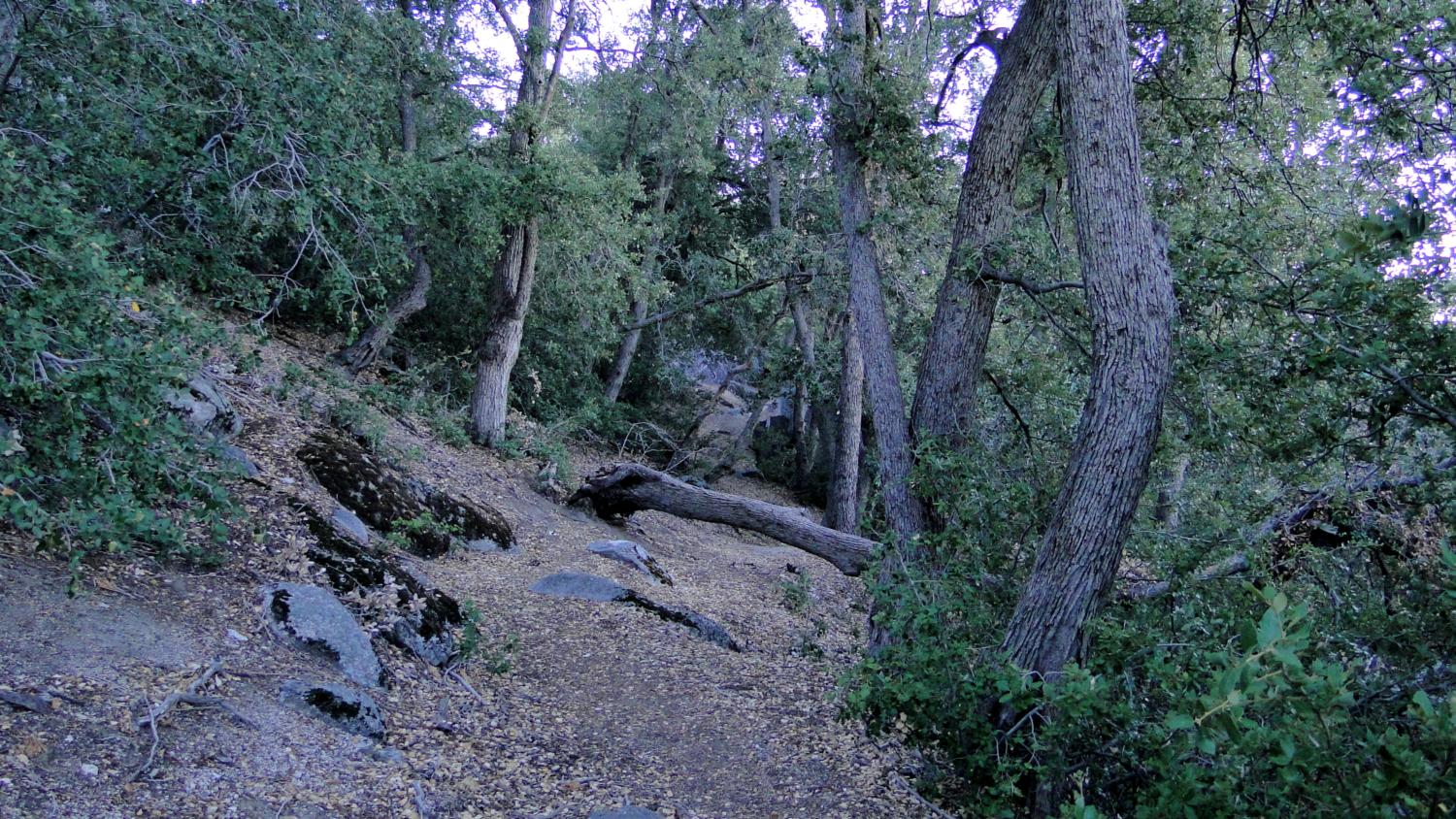 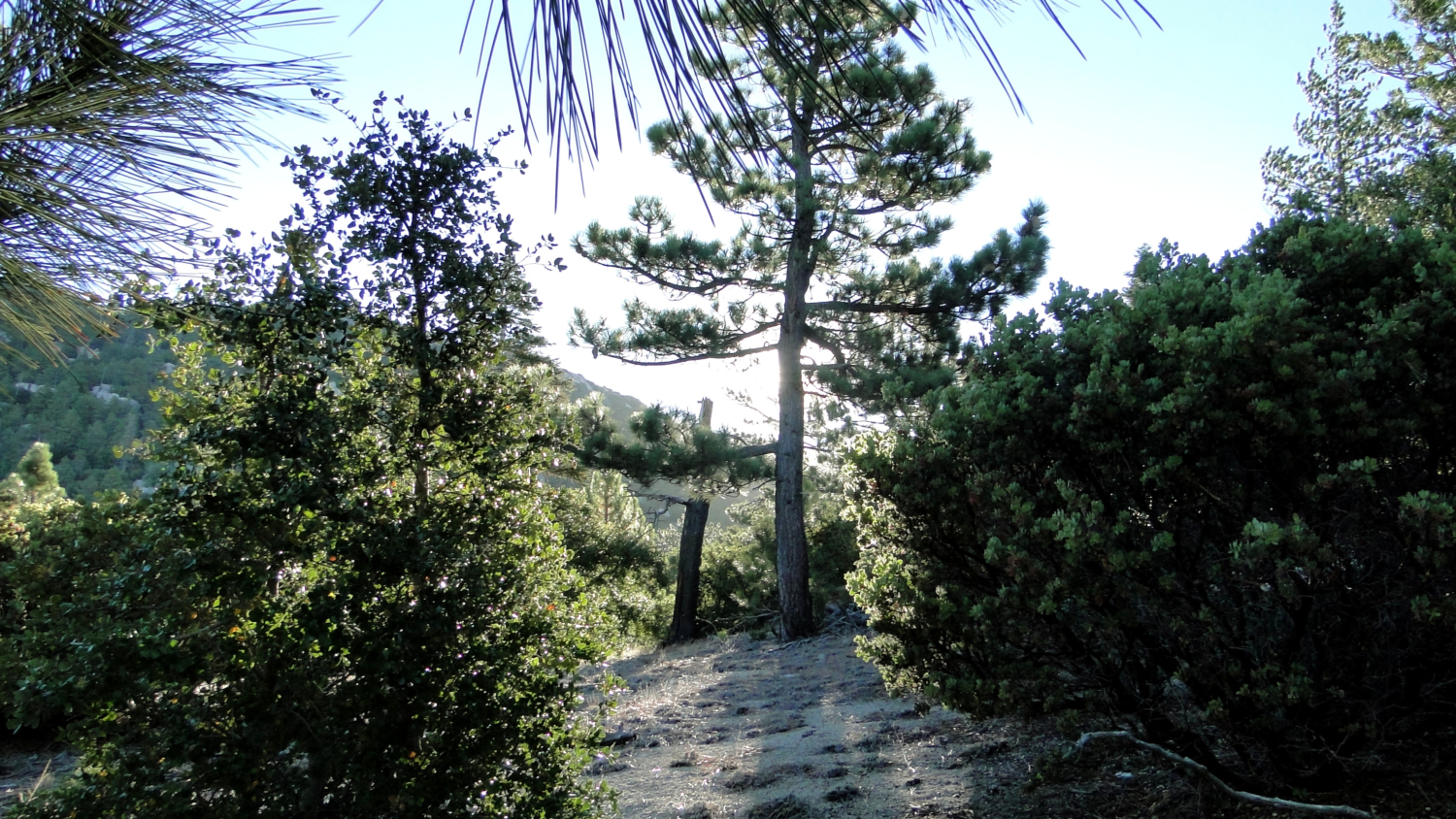 The trail gets a little rough and eroded in some spots, but it's pretty easy until you reach the water tank. From the water tank, the unmaintained trail is indistinct and occasionally tough to follow. Several steep sections will leave you gasping for breath.

The Marion Mountain Campground would probably make a good overnight option if you wish to camp.

Take Interstate 10 toward Banning and exit at Highway 243/San Gorgonio Avenue. Turn left off of the freeway, heading south on 8th Ave. for .1 mile. Turn left onto Lincoln Street and continue east for .5 mile. Turn right onto S. San Gorgonio Ave./Highway 243 and drive uphill on the winding road for 12.1 miles to the signed turn-off for the Black Mountain Trail on the left. Turn left onto the dirt road and drive uphill a short distance until the road ends at the trailhead.