Mountaintops are pretty hard to come by on the heavily-developed strip of land between the Pacific Ocean and Highway 15 in San Diego County. Most of the non-developed topography is dominated by a series of shallow canyons, coastal bluffs, and tidal lagoons. The few hills through this region, such as Mt. Soledad or the bluffs at Torrey Pines, provide nice views but don’t get you up into the slightly more rarified air that allows for the expansive views across the county you might get at Mt. Woodson or Iron Mountain. 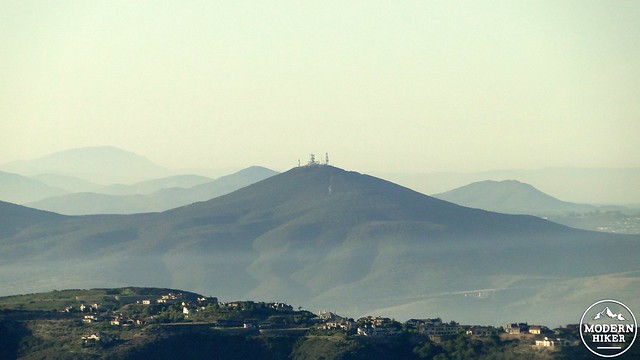 Summit of Black Mountain as seen from Stanley Peak

Black Mountain is one of a few exceptions (another being Double Peak in San Marcos) where you can stay close to the coast and still get the kind of spectacular views that San Diego should be much more famous for. From the tower-crowned summit, one can see the entirety of the county from the Peninsular Ranges west, while the ocean shimmers so close that you can almost reach out and touch it. 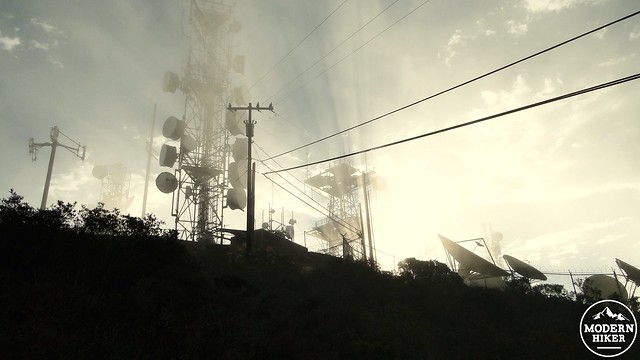 Summit antennae during a break in the marine layer

Of course, this being coastal San Diego, there is frequently a marine layer to deal with. The pictures in this write-up don’t reflect the quality of the views since this hike was documented during a fairly dense marine layer that did not burn off until I got back to the trailhead. While a marine layer hangs out just below the summit can be its own kind of magic, these pictures don’t capture the views. Words will have to suffice; from the summit, you will get a full panorama of San Diego’s geographic landmarks, including the Palomar, Volcan, and Cuyamaca Mountains, Mt. Woodson, Iron Mountain, Torrey Pines, Point Loma, Mission Bay, Camp Pendleton, and all of the spaces in between. 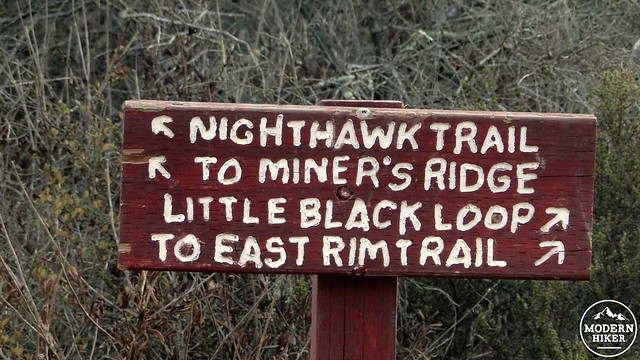 There are a number of ways to reach Black Mountain in the Rancho Penasquitos/Rancho Santa Fe/Mt. Carmel area. This route follows the Nighthawk Trail from Hilltop Community Park on the southwest end of Black Mountain Open Space Park. This route approaches from the south while passing along a shallow canyon before joining with Black Mountain Fire Road to approach the summit. 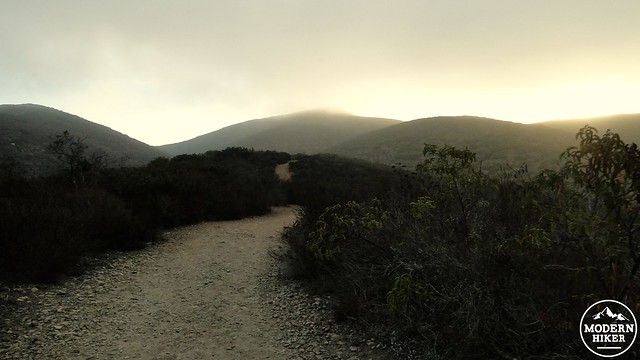 Starting from the lot at the park, enter the trail and follow it past a powerline tower and continue left toward the junction. From here, you will begin a moderate climb along a ridge. Along the way, you will notice a handful of interpretive signs that detail the life of the Kumeyaay Indians who inhabited this region before the arrival of the Europeans several centuries ago. Another sign also indicates the type of avian wildlife you are likely to encounter. As this area is part of a loosely organized and sporadically developed wildlife corridor, it is also possible that you will see deer, coyotes, bobcats, and maybe even mountain lions. You will almost certainly see a number of rabbits, especially if you come early in the morning. 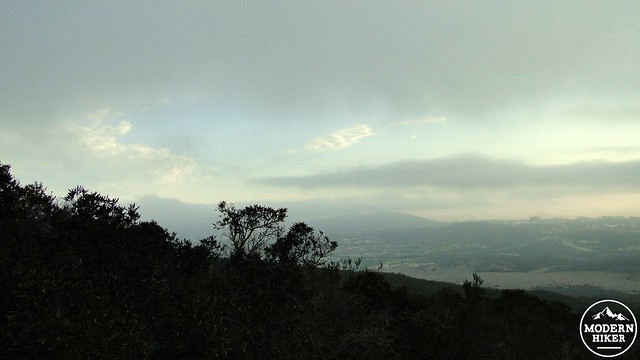 As you continue on, you will encounter a handful of junctions that are generally well-marked. At the first and second junctions, you will bear left to remain on the Nighthawk Trail, which should be well-signed and easily navigated. Along the way, you will pass through fragrant chaparral and coastal sage-scrub that becomes especially pleasant during the spring months. The mountain gets its name from its darker hues relative the the grassy habitats found in the nearby canyons. The darker hue comes in part from an abundance of black sage, which has much darker leaves than other common sages. 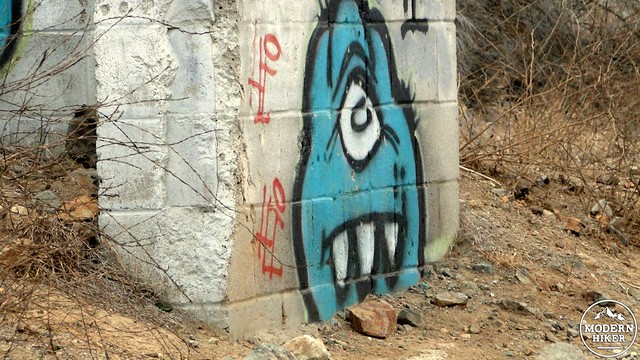 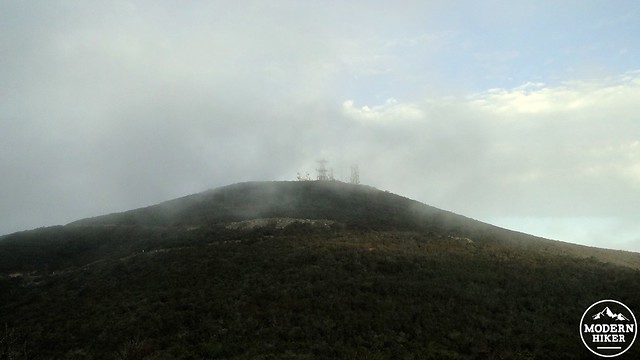 The third junction also requires a left turn. However, at this third junction, you will be leaving the narrower confines of the single-track Nighthawk Trail for the wide, smooth Black Mountain Fire Road. This Fire Road will make a long semi-loop spiraling upward to the summit. The views – weather permitting – will continue to improve in all directions as you circle up to the summit. Near the summit, you will pass a large pipe gate that has been decorated with an abundance of graffiti. There’s a charming painting of a blue monster that appears to be the guardian monster of the mountain. I’ve named him Garlic Breath. 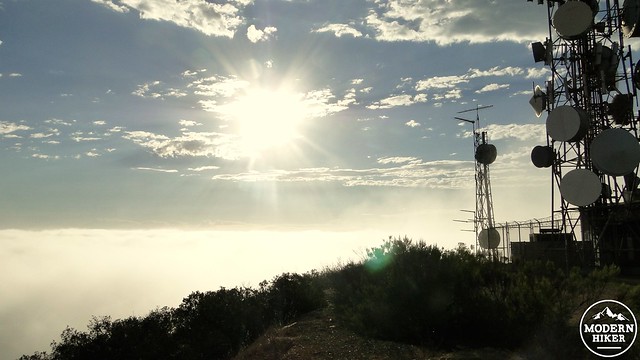 You will soon reach the cluster of antennae that dominate the artificially flattened summit. There is no single point from which you can claim the peak “bagged,” but it is possible to walk a semi-circle around the compound to soak in the view in about 270 degrees of the 360 degree view. The other 90 degrees were already visible on the trek up. The views to the east are especially nice because that side of the peak is relatively unobstructed. 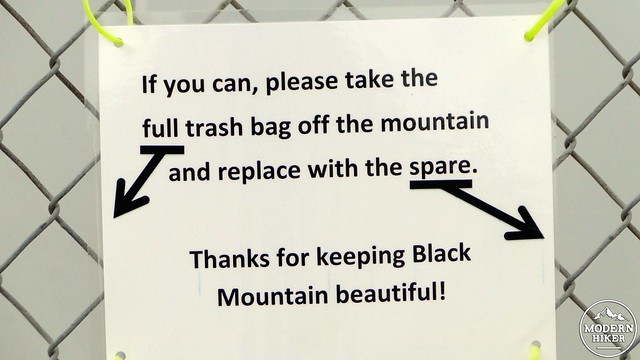 When you have finished enjoying the views, take note of a sign requesting assistance in packing out some trash. Somebody appears to be leaving garbage bags up there for conscientious hikers to help clean up the mess made by less thoughtful people. Nobody enjoys cleaning up after another person’s mess, but nobody likes hiking in a dirty park either. We encourage everybody to take a little bit of trash down with them to help keep Black Mountain clean. 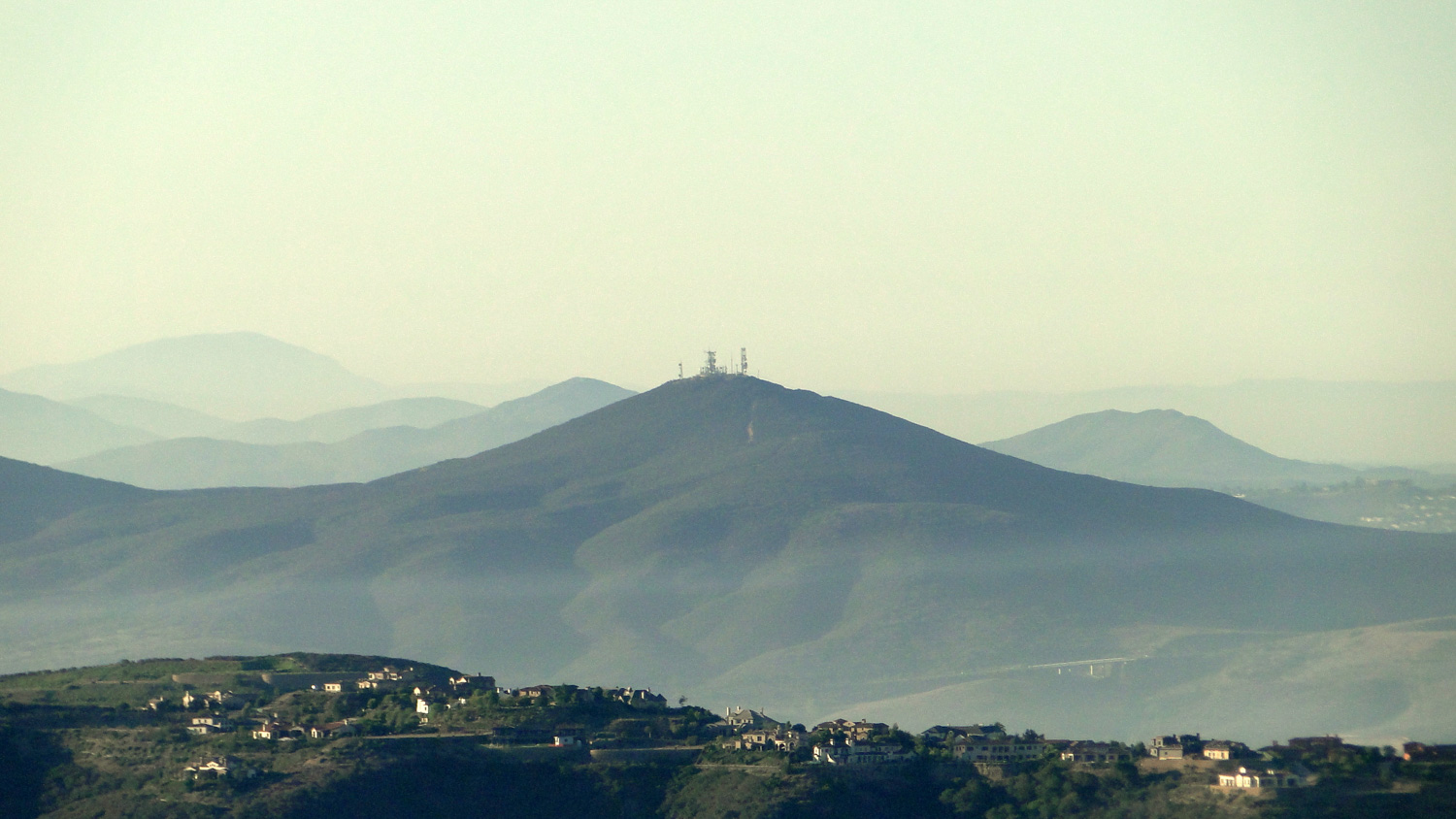 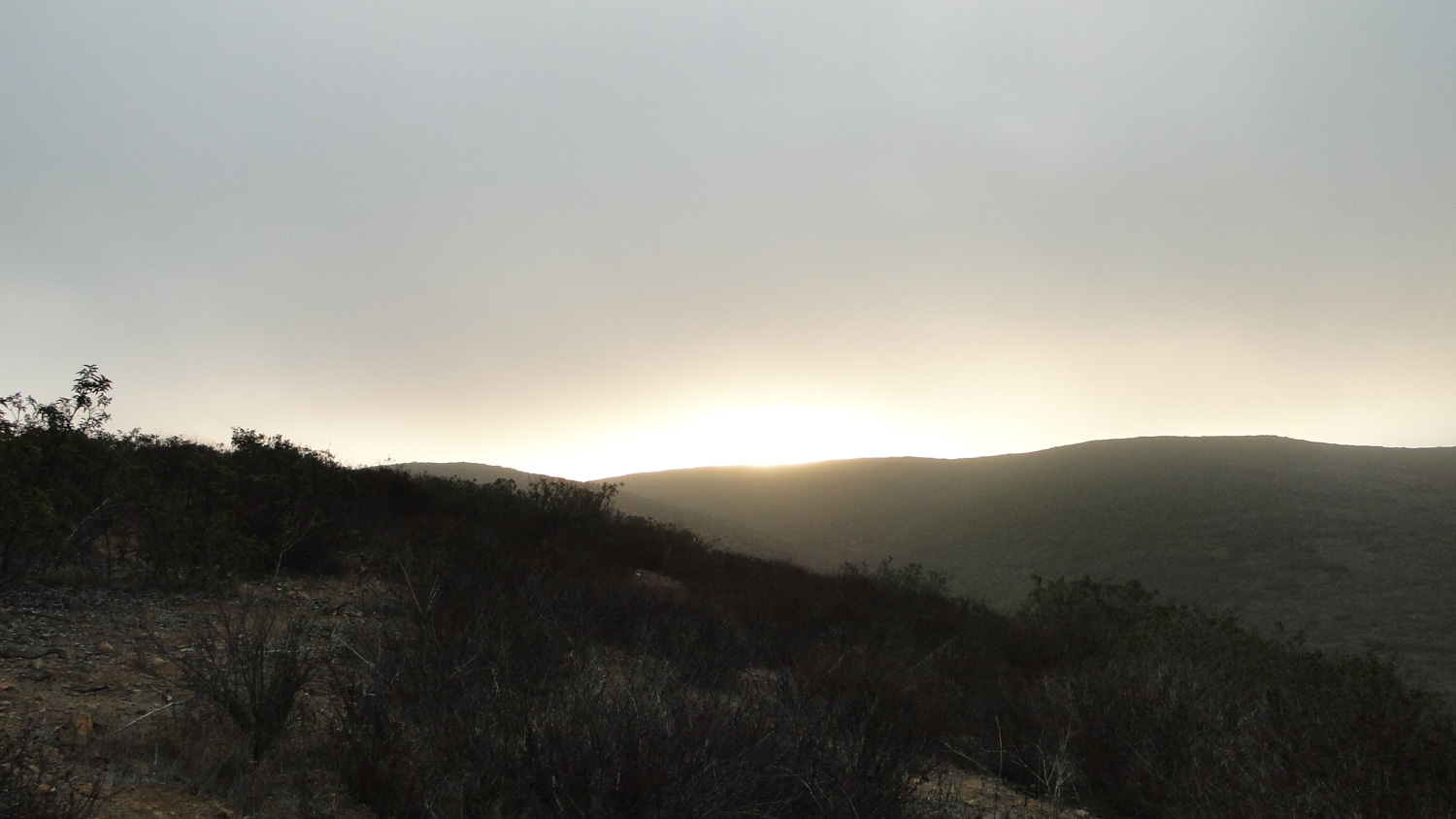 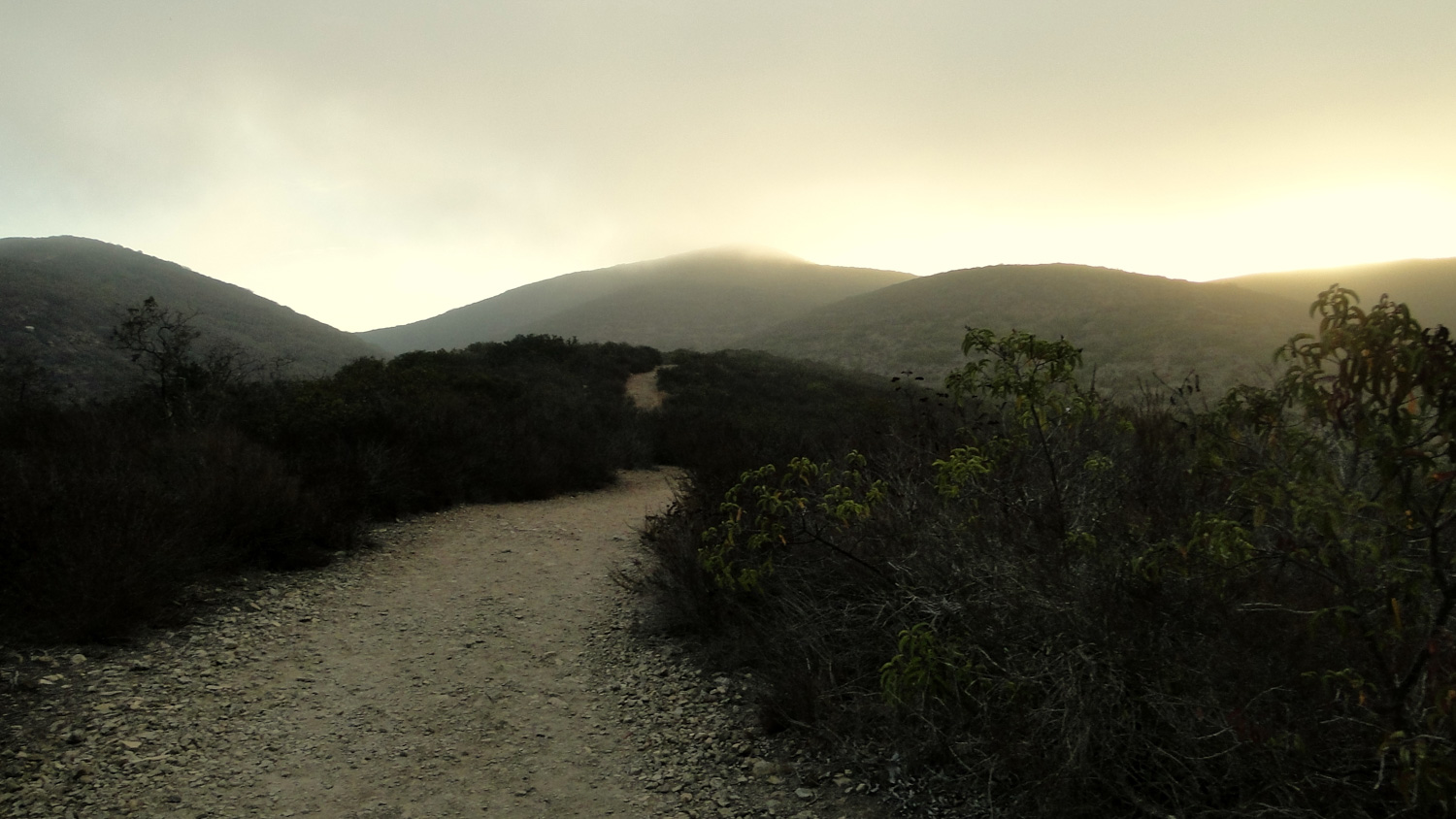 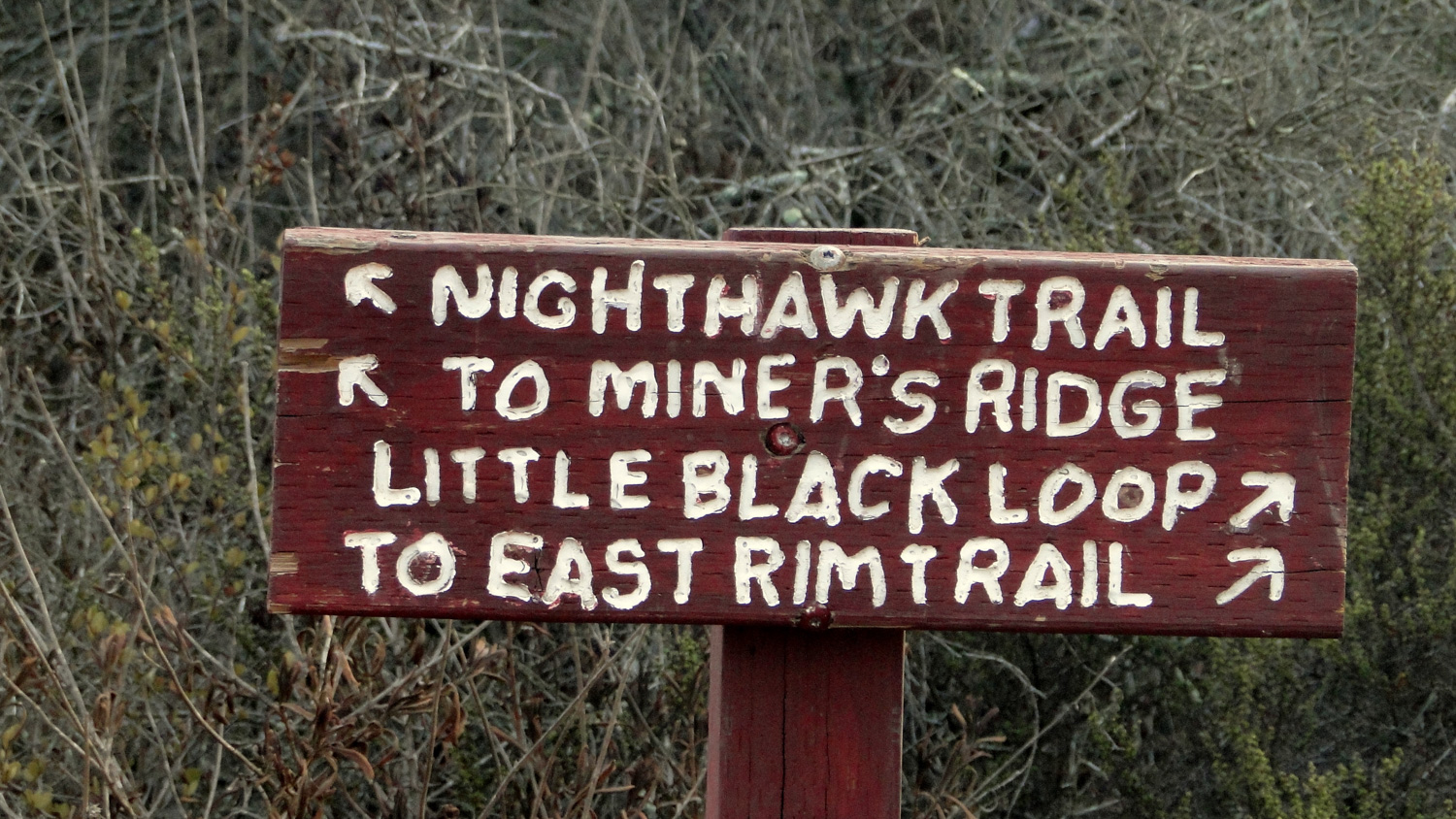 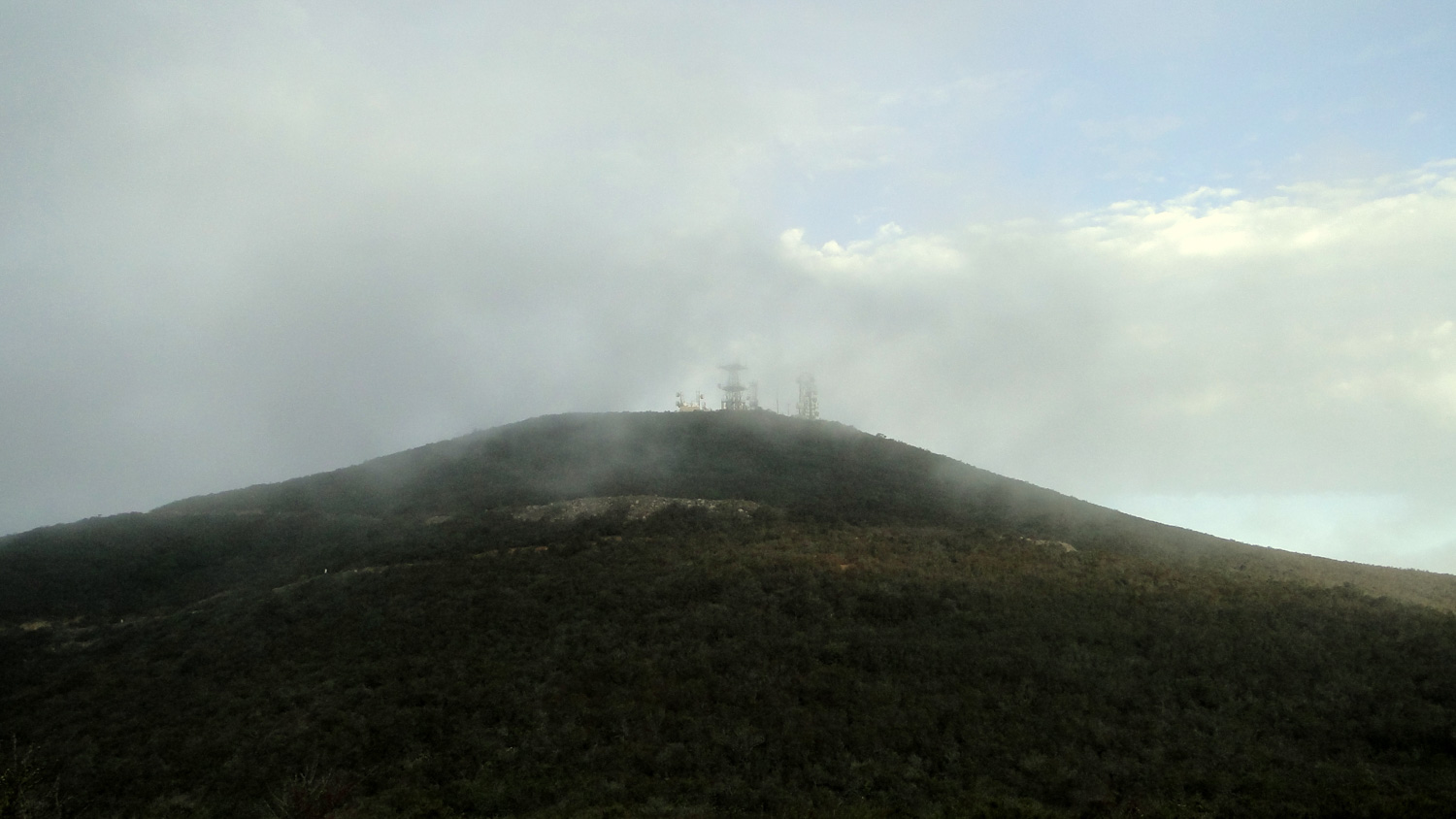 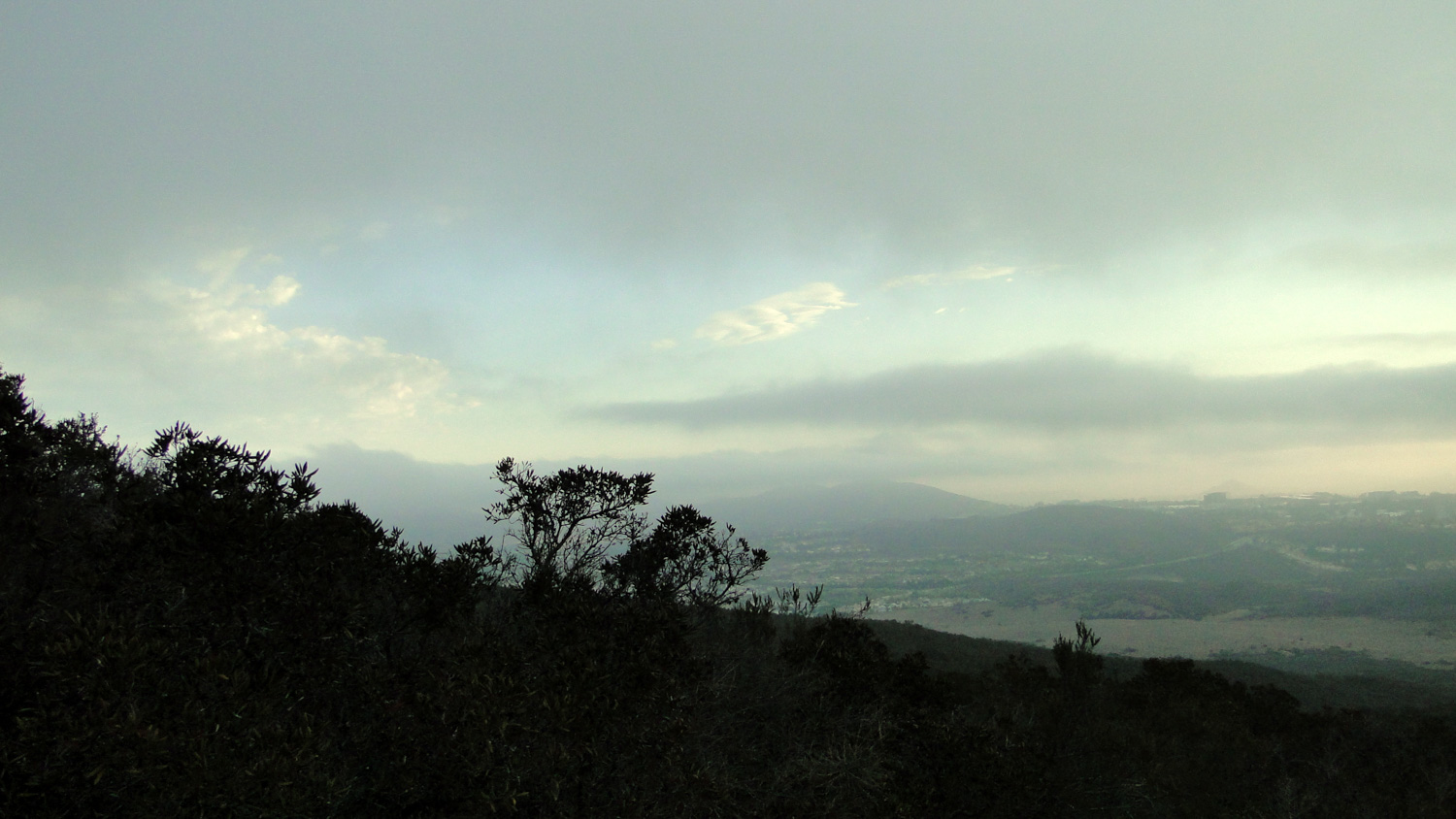 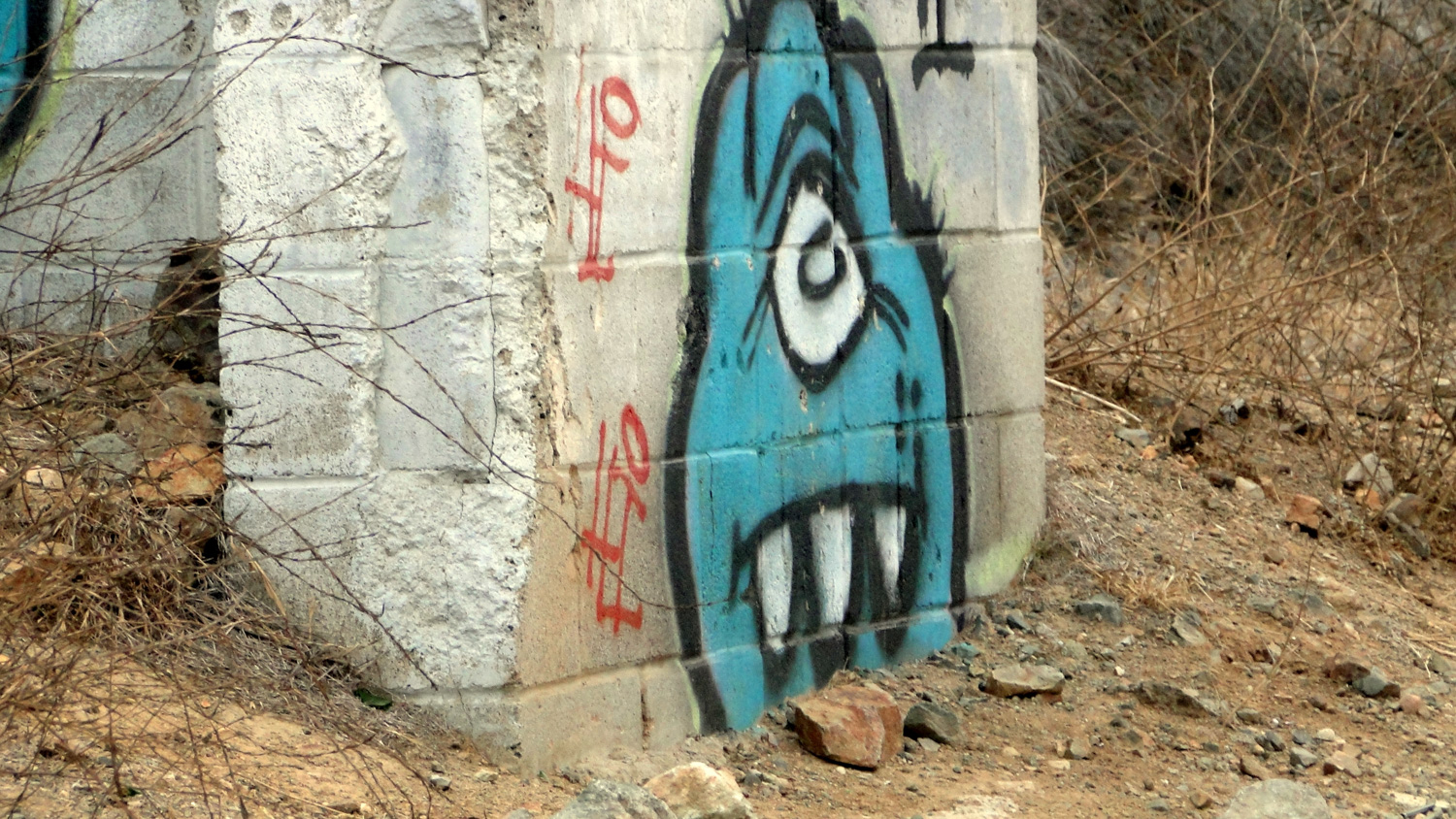 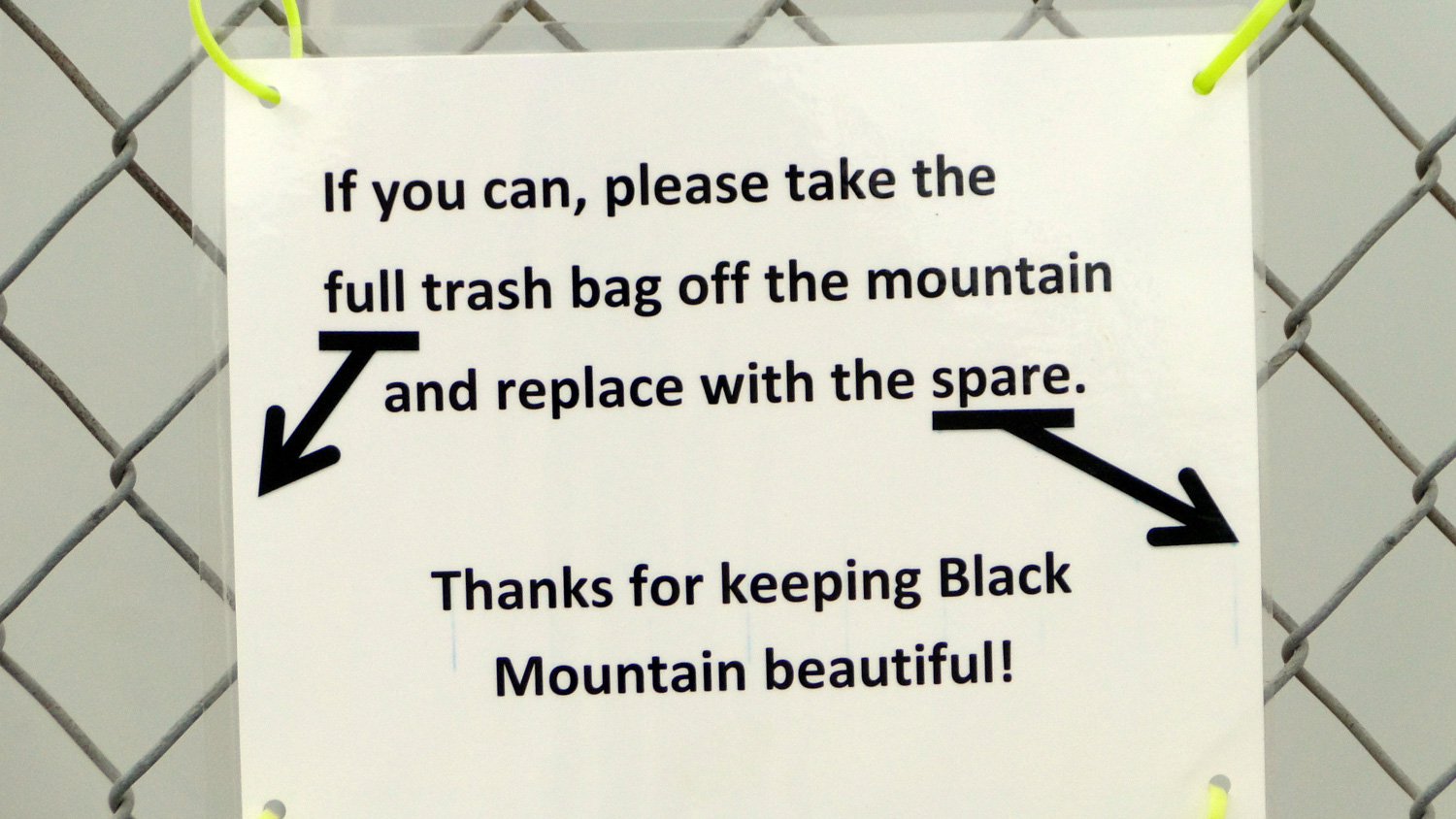 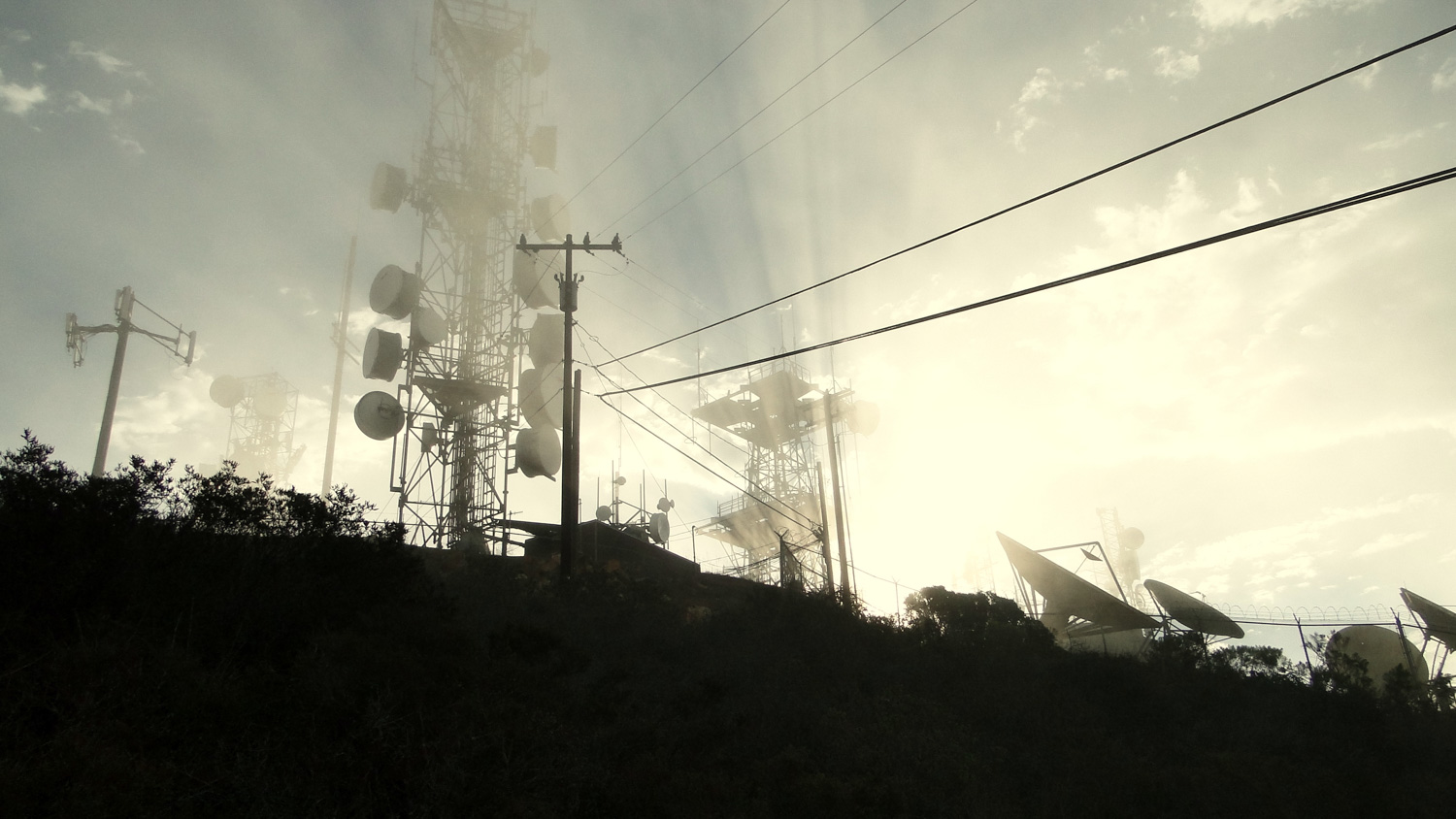 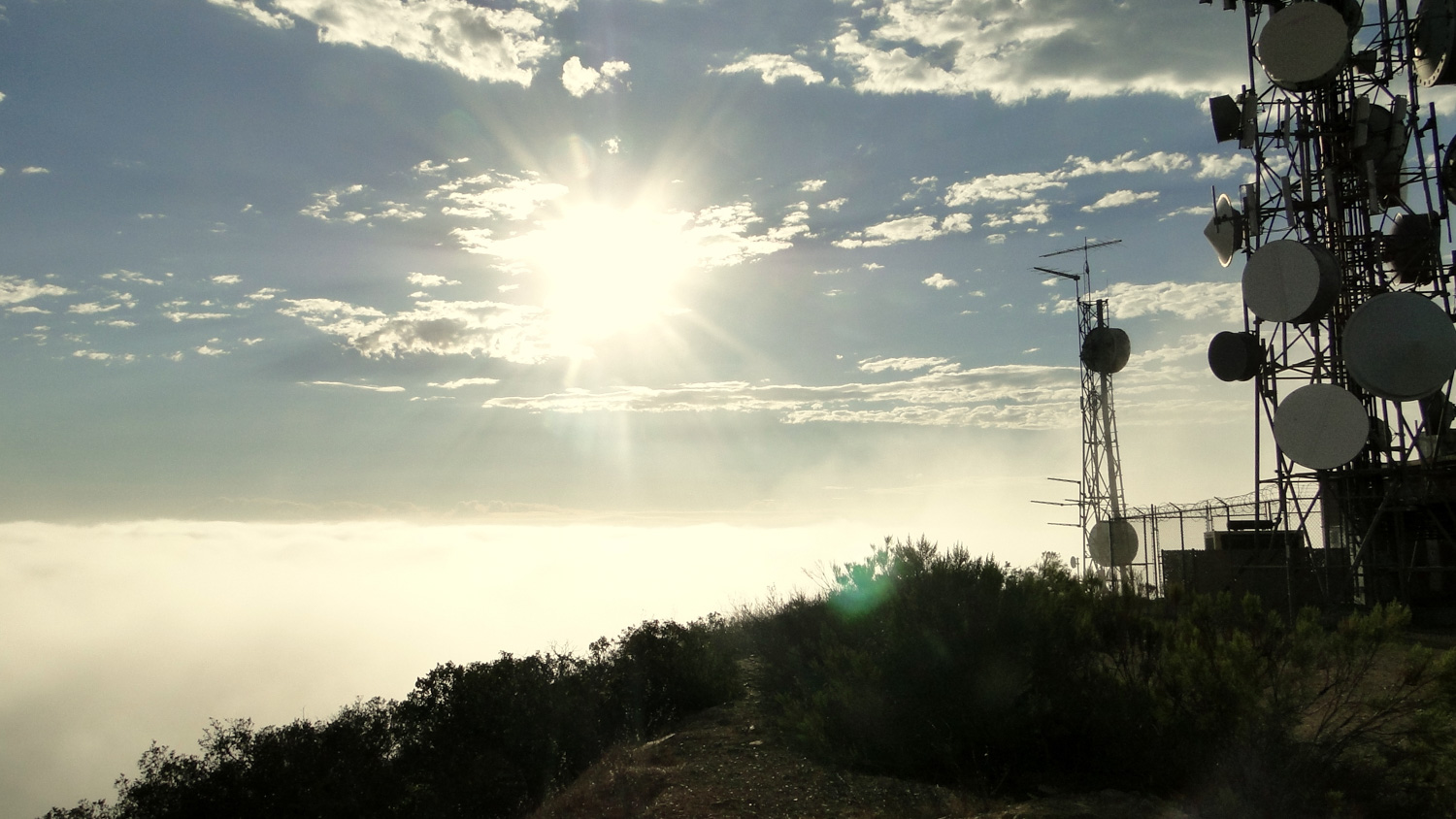 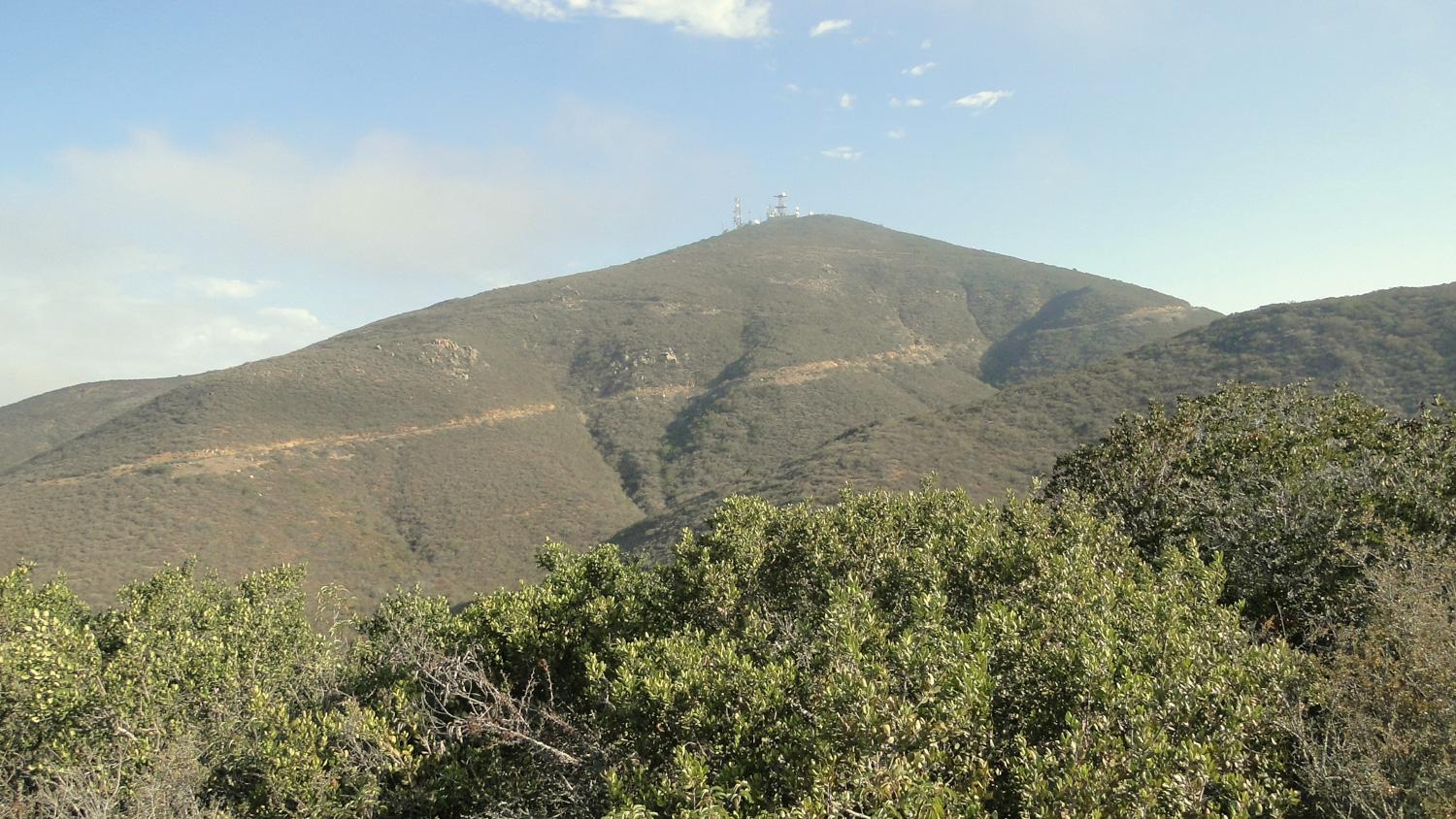 The trail is well-maintained and easy to follow. Important junctions are marked.