Everybody remembers the first time they fell in love. It is impossible not to. The moment sears itself upon your memory, and it will remain there long after nearly everything else fades away. 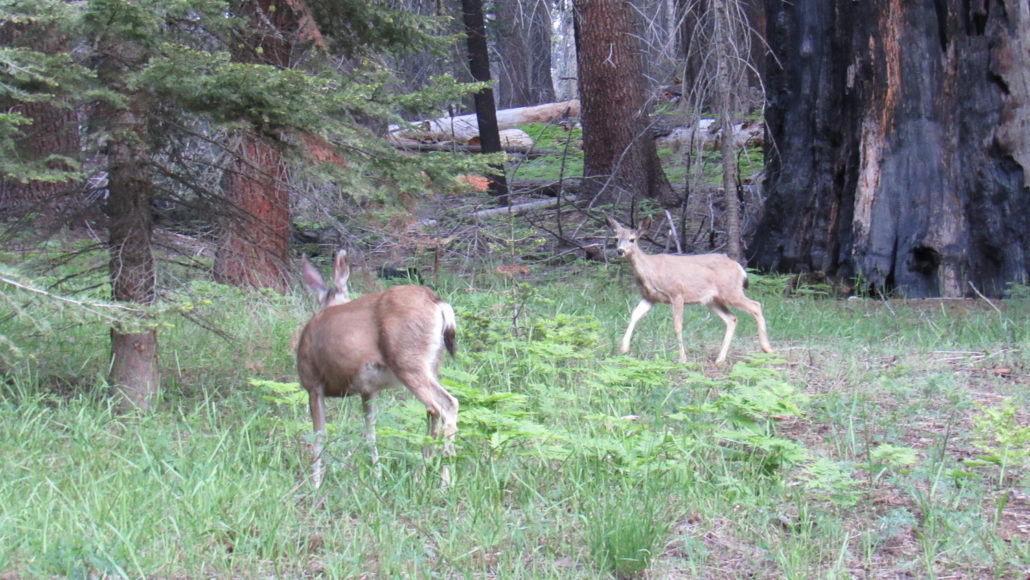 In my case, the first time I fell in love was not with a romantic partner, but with a place. I came to Crescent Meadow in my early 20’s, and after strolling along the cold, dewy confines of the meadow, I wandered out along one of the enormous fallen logs that lay across the verdant expanse at regular intervals. As I sat there beneath the warmth of a rising sun, a doe sauntered across my path and shared an unforgettable moment that has sparked a lifelong affair with hiking and the Giant Forest in particular. 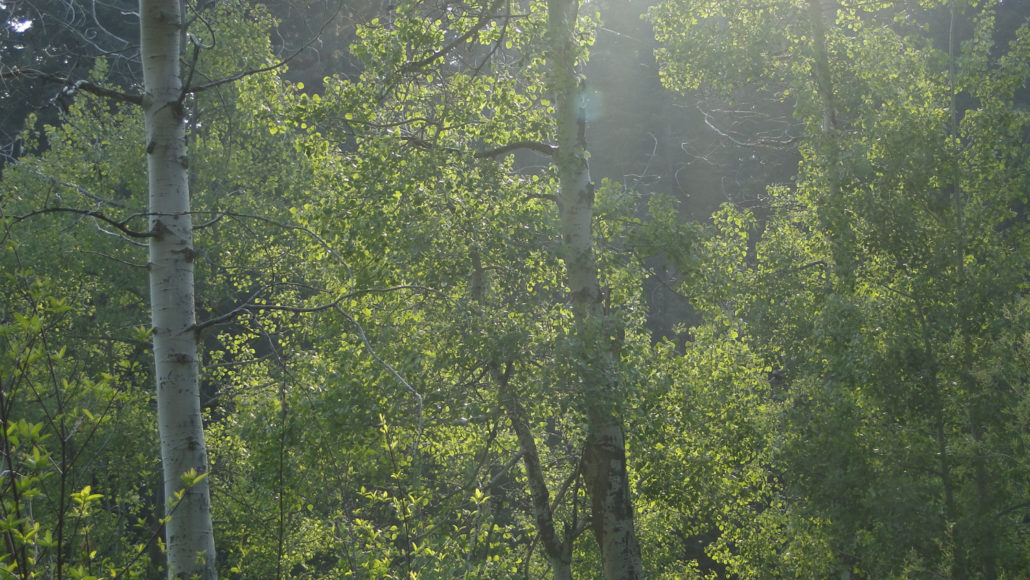 Here perhaps is a route for you to fall in love with, too. Although the Crescent and Log Meadows loop does not achieve the same scale and scope of other hikes in Giant Forest, it does explore a landscape so unique and utterly beautiful that it will be impossible to deny it a place in your heart. Wildlife, history, natural beauty, and impressive sequoias all intersect here on an easy, looping route that is suitable for just about everybody. 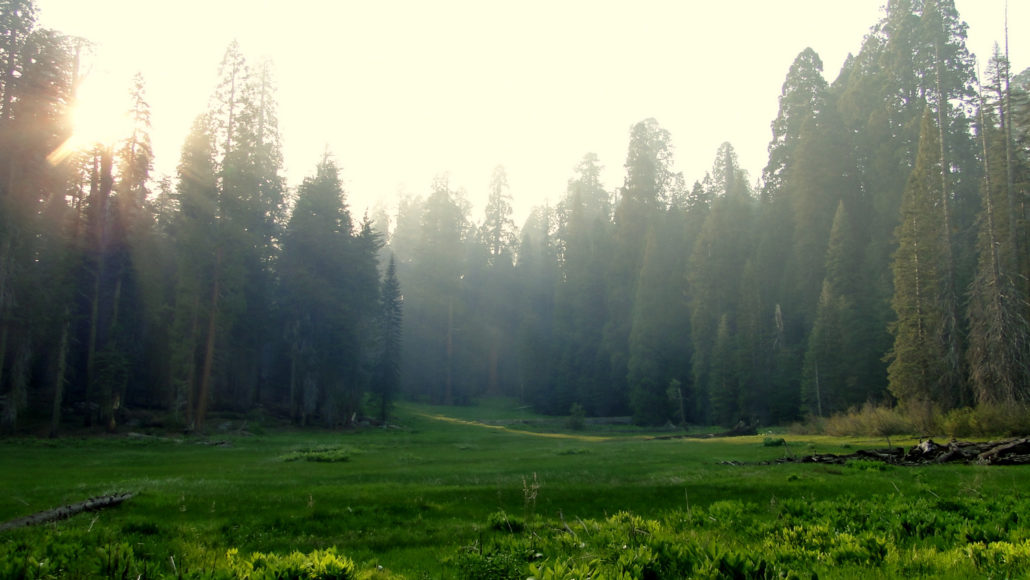 To get the best possible experience in visiting the meadows, I recommend either an early start or a pre-dusk start. Not only is the lighting better during the post- and pre-twilight hours than under the harsh mid-afternoon summer sun, but wildlife also becomes more active at those times, increasing your chance of encounters. Black bears are very active around the meadows, and you may also spot deer and marmots amongst a variety of other rodents and birds if you hike at this time. 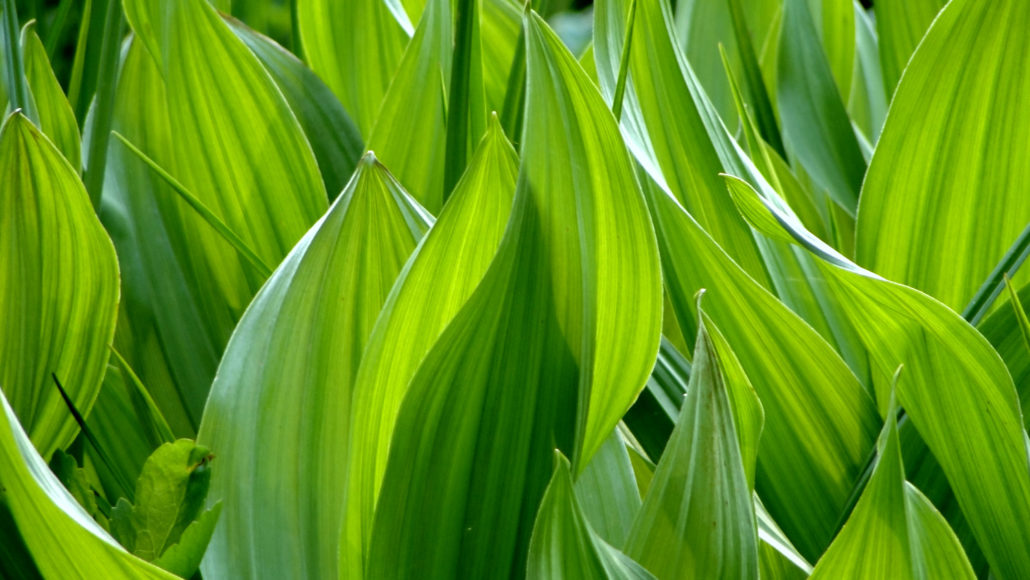 Additionally, the meadows’ vegetation, including copious growths of wildflowers, is best during June and July before the long summer drought starts taking its toll. Shooting stars, corn lilies, leopard lilies, and many others are common in both meadows, and all of those species tend to be at their best early in summer. That said, hikers can follow this route at any point in the year, and a snowshoeing route could be fashioned around one or both of the meadows. 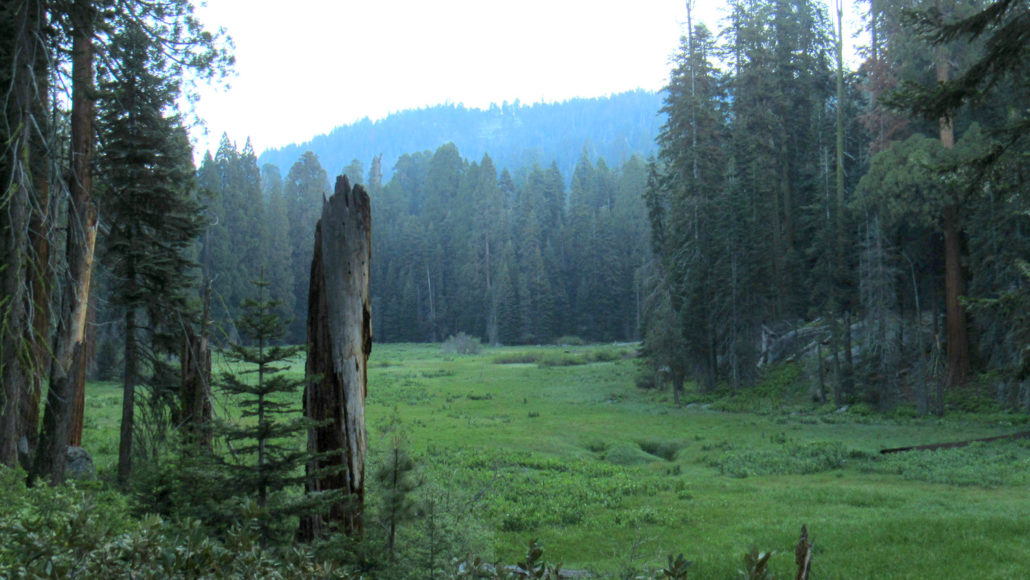 In addition to the superb scenery, hikers will enjoy a unique bit of history on the edge of Log Meadow. Log Meadow received its name from the presence of an old cabin built into a fallen, hollowed-out sequoia log. Hale Tharp called this log home for several summers prior to the establishment of the park. He used both of the meadows as grazing land for his herd of cattle, and history acknowledges him as the first white man to take up residence in Giant Forest. 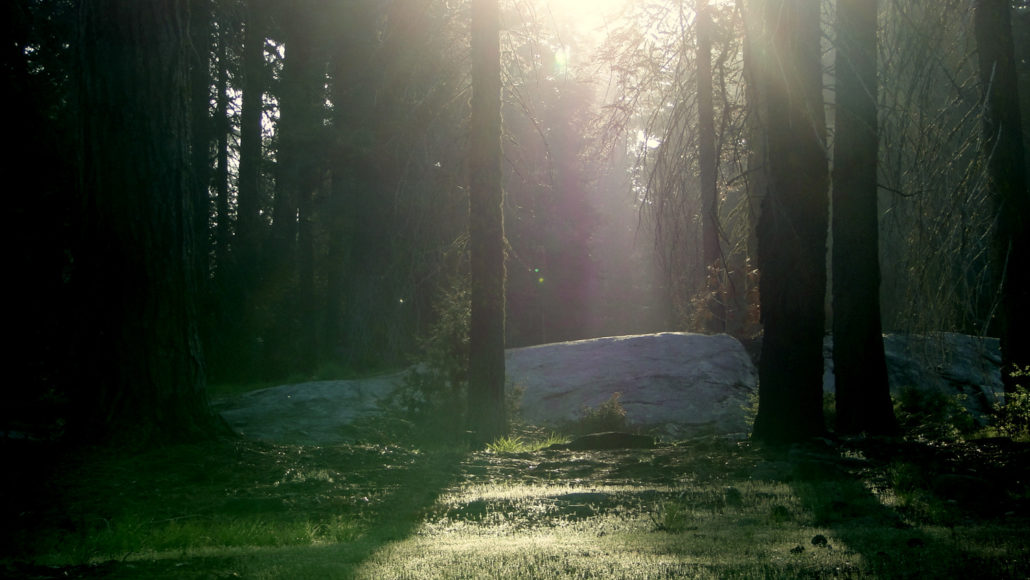 According to John Muir’s records of exploring the range’s sequoia groves along the Kings, Kaweah, and Tule River watersheds, Muir met Tharp one summer as he was exploring Giant Forest. Muir had initially assumed he discovered the grove, but upon meeting Tharp, he recognized his error. The two shared notes on the species, perhaps over a campfire next to Tharp’s Log, and both men later became fierce advocates for the creation of Sequoia National Park and the protection of the Sierra Nevada. 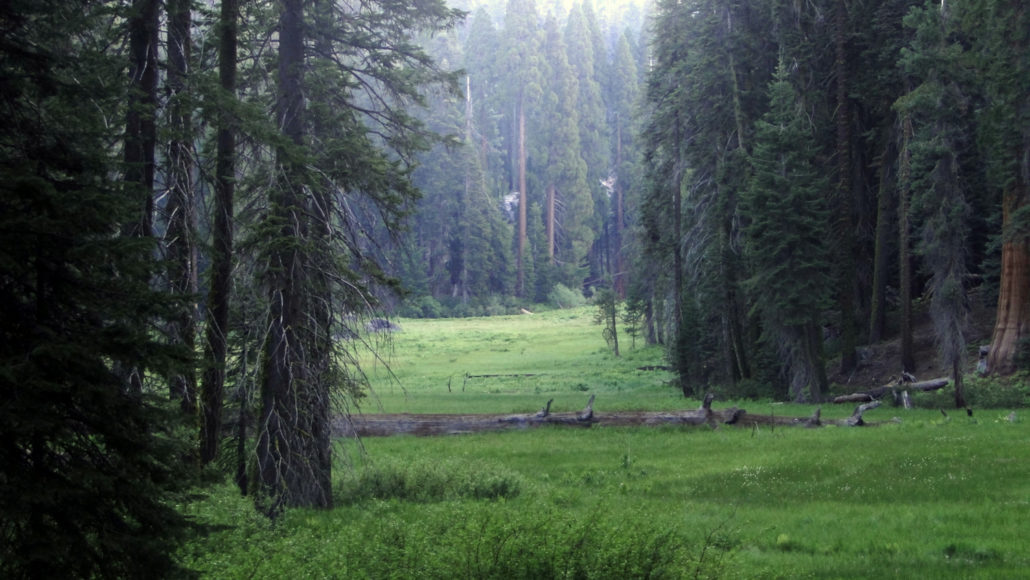 The route-finding itself is fairly simple, although there are a number of junctions to mind. From the Crescent Meadow Trailhead, head east along the south end of Crescent Meadow, taking keep to keep left at the start of the High Sierra Trail. After 0.25 mile, take a right onto a trail that parallels the south bank of Crescent Creek, which you will follow over to Log Meadow. Keep in mind that the ADA-Compliant trail turns away from Crescent Meadow directly toward Tharps Log about 150 yards north of this junction. 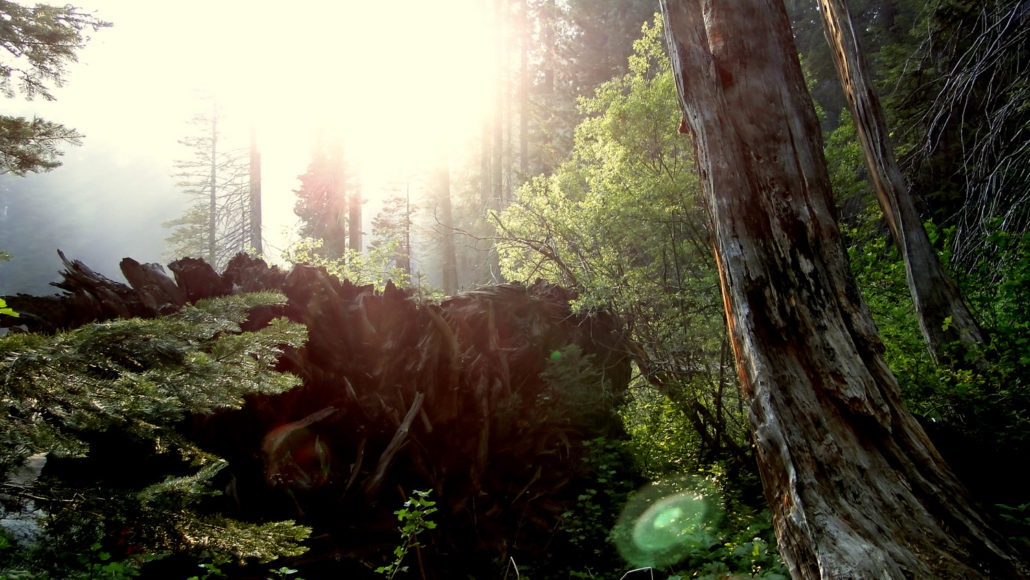 Once at Log Meadow, you will keep left at another junction for a connector trail leading uphill to the High Sierra Trail. As you wrap around the east edge of the meadow, look for a massive fallen sequoia that you can climb, carefully, for a unique perspective on how big the trees are. You’ll keep left at another junction with a connector trail leading uphill to the Trail of the Sequoias at 1 mile. Just past this junction, the trail bends to the west before reaching Tharps Log and another trail junction with the aforementioned ADA-compliant trail and another trail that heads west toward the northern end of Crescent Meadow. 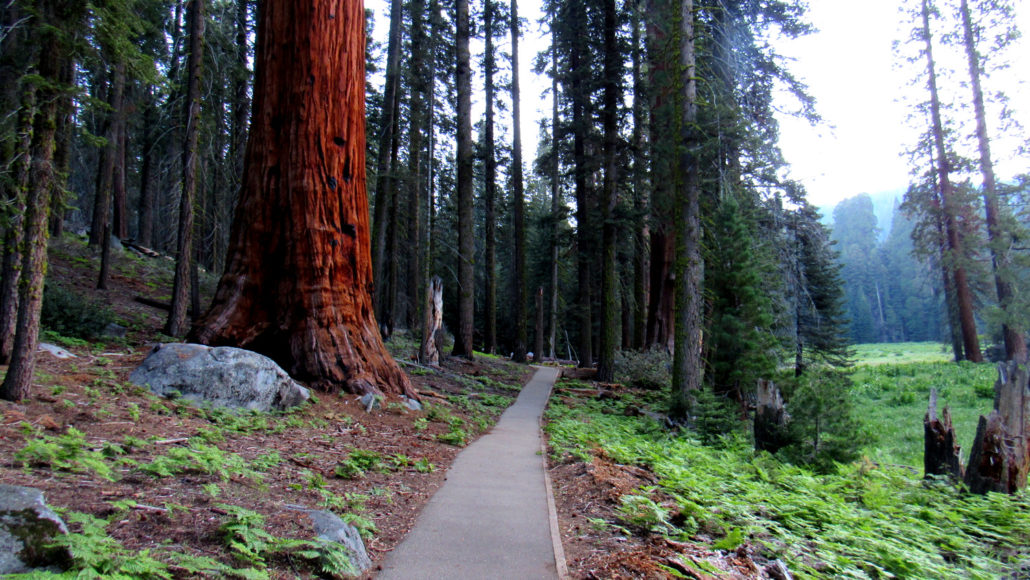 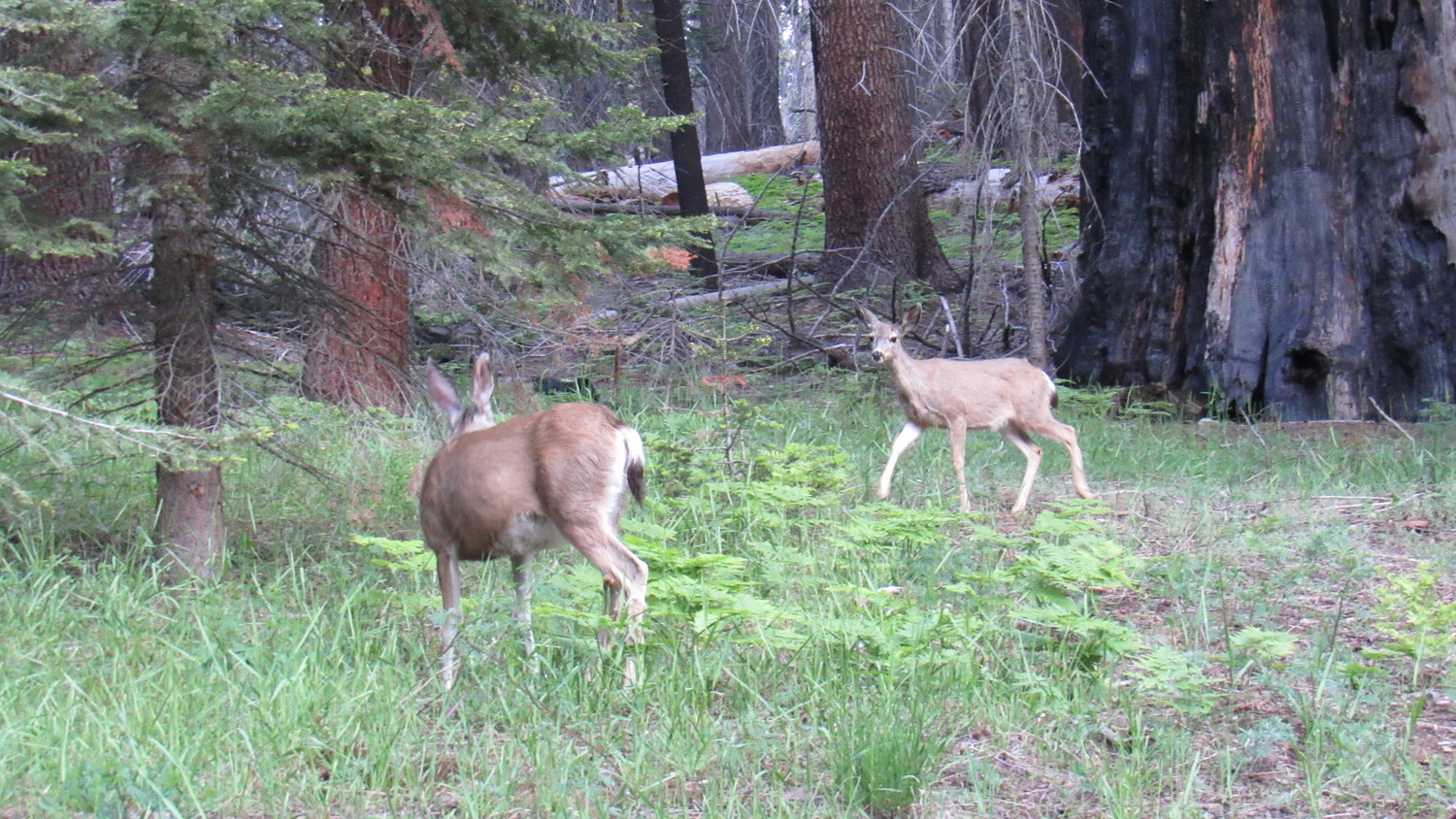 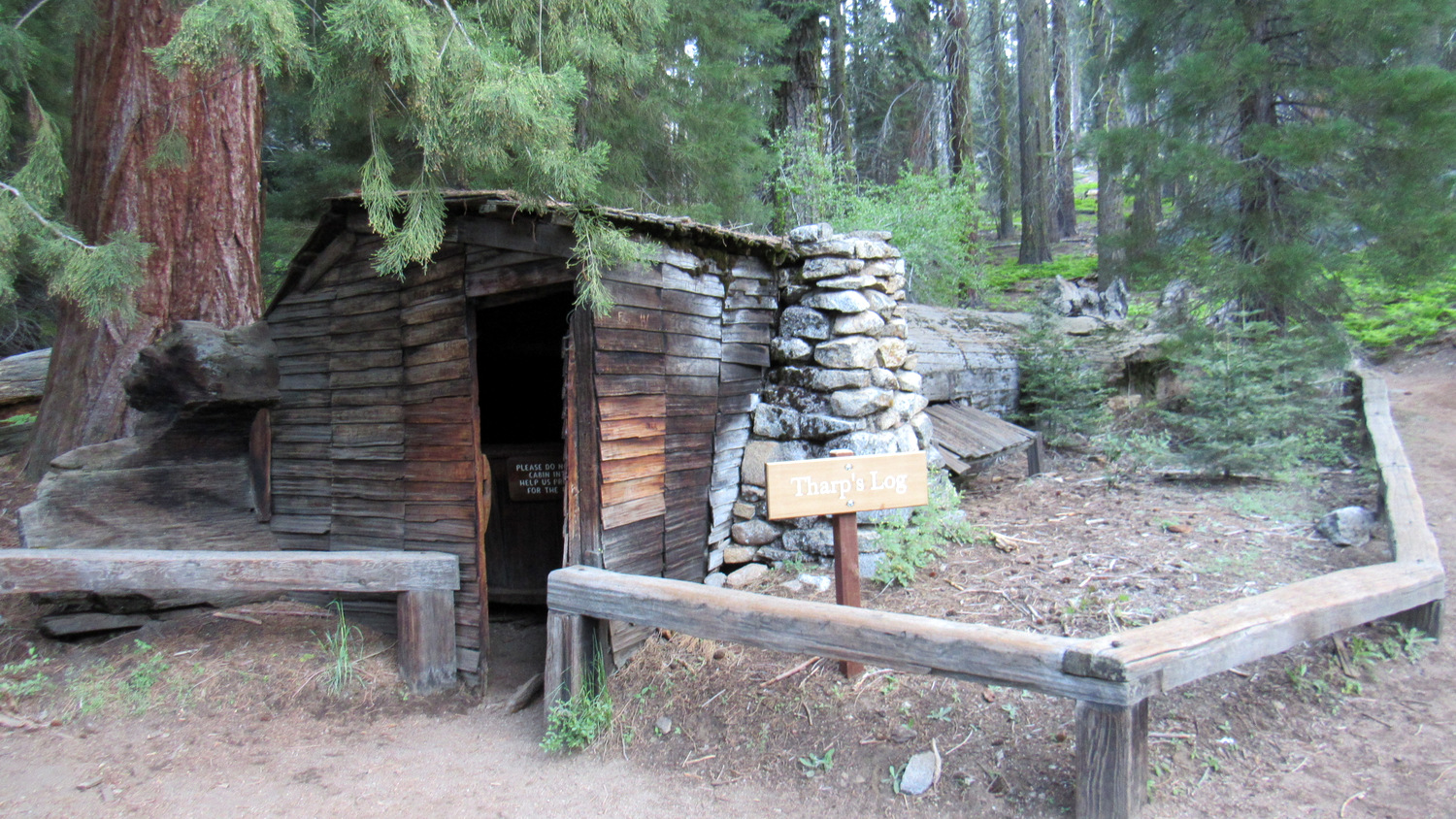 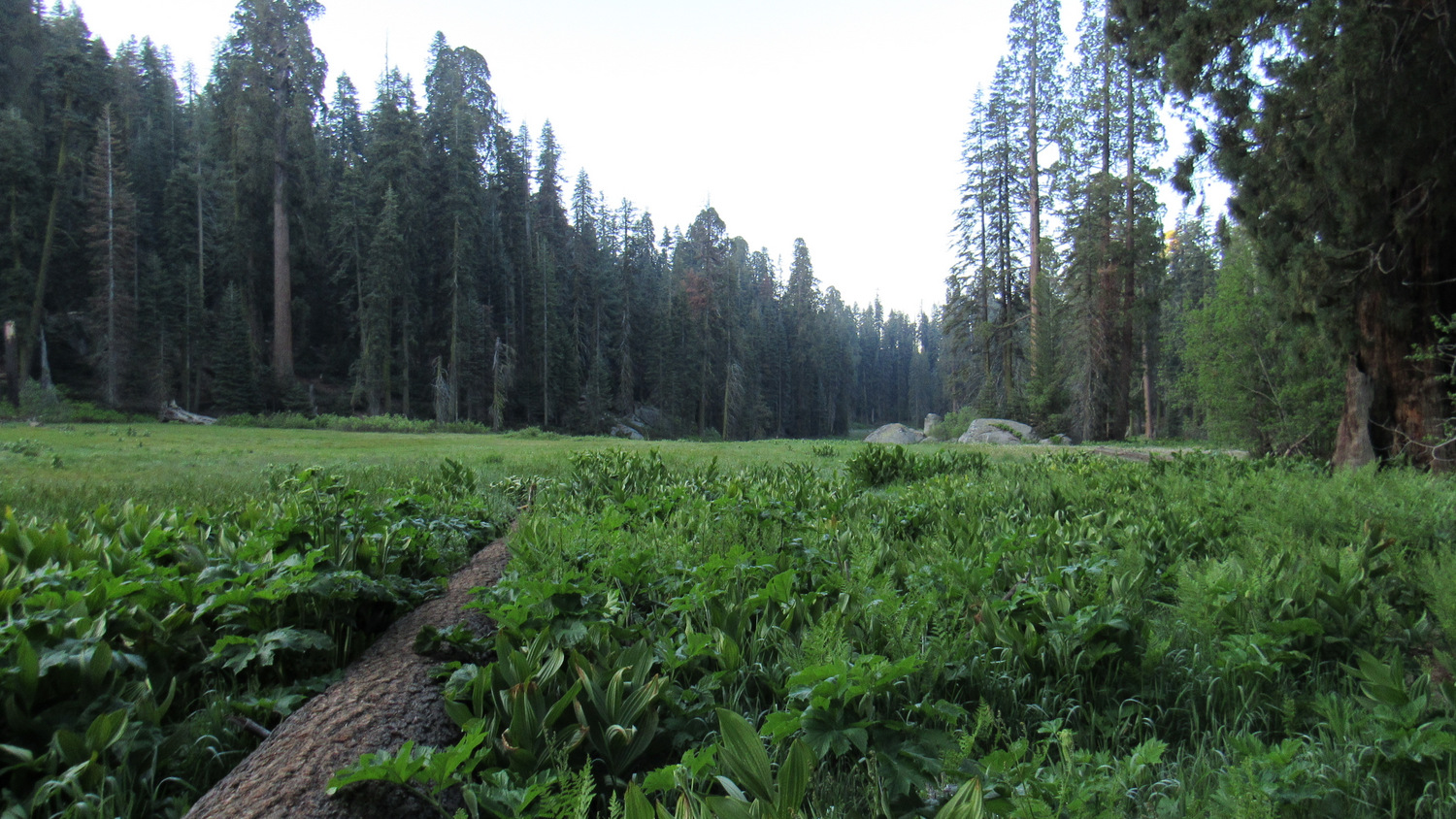 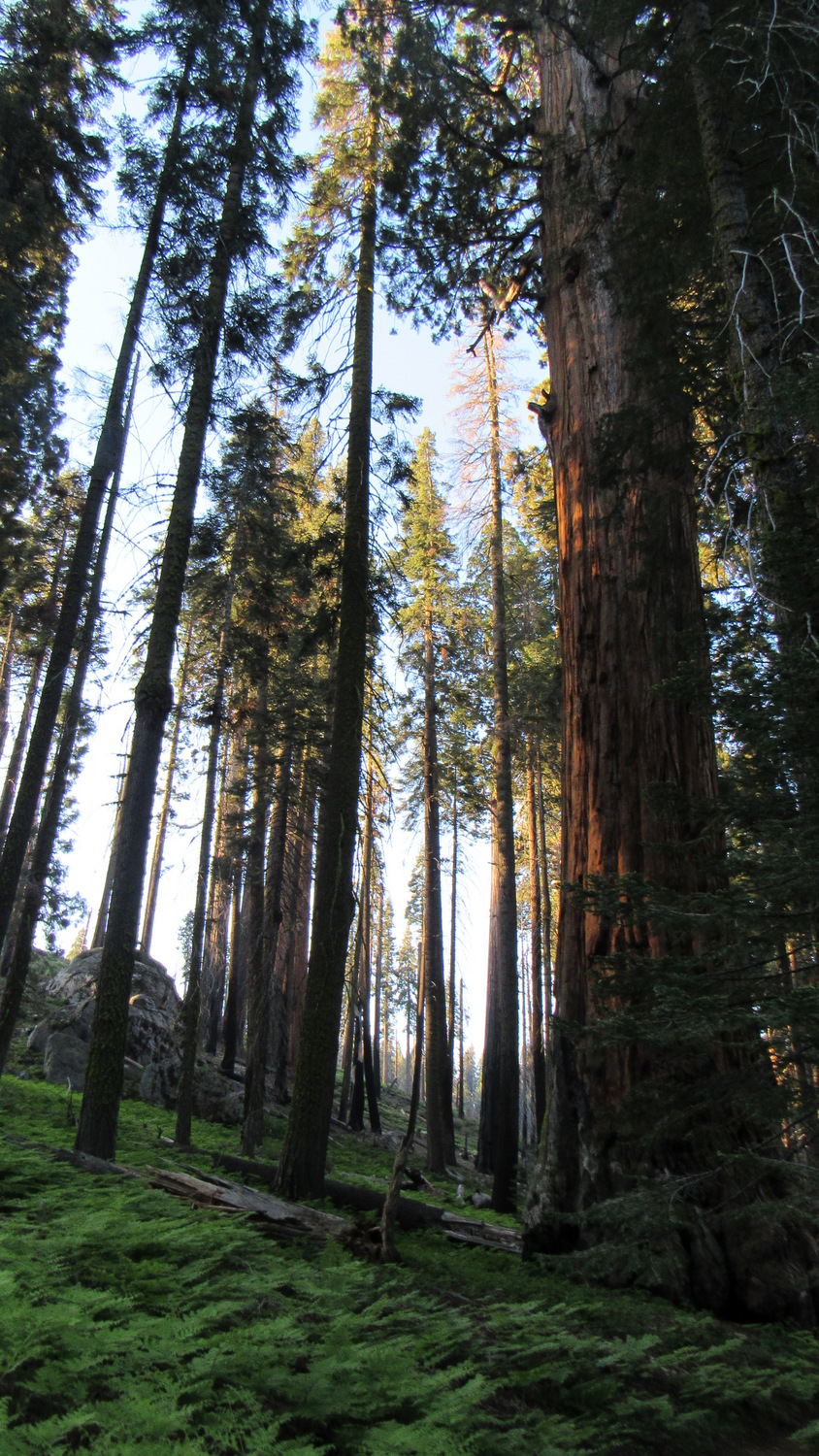 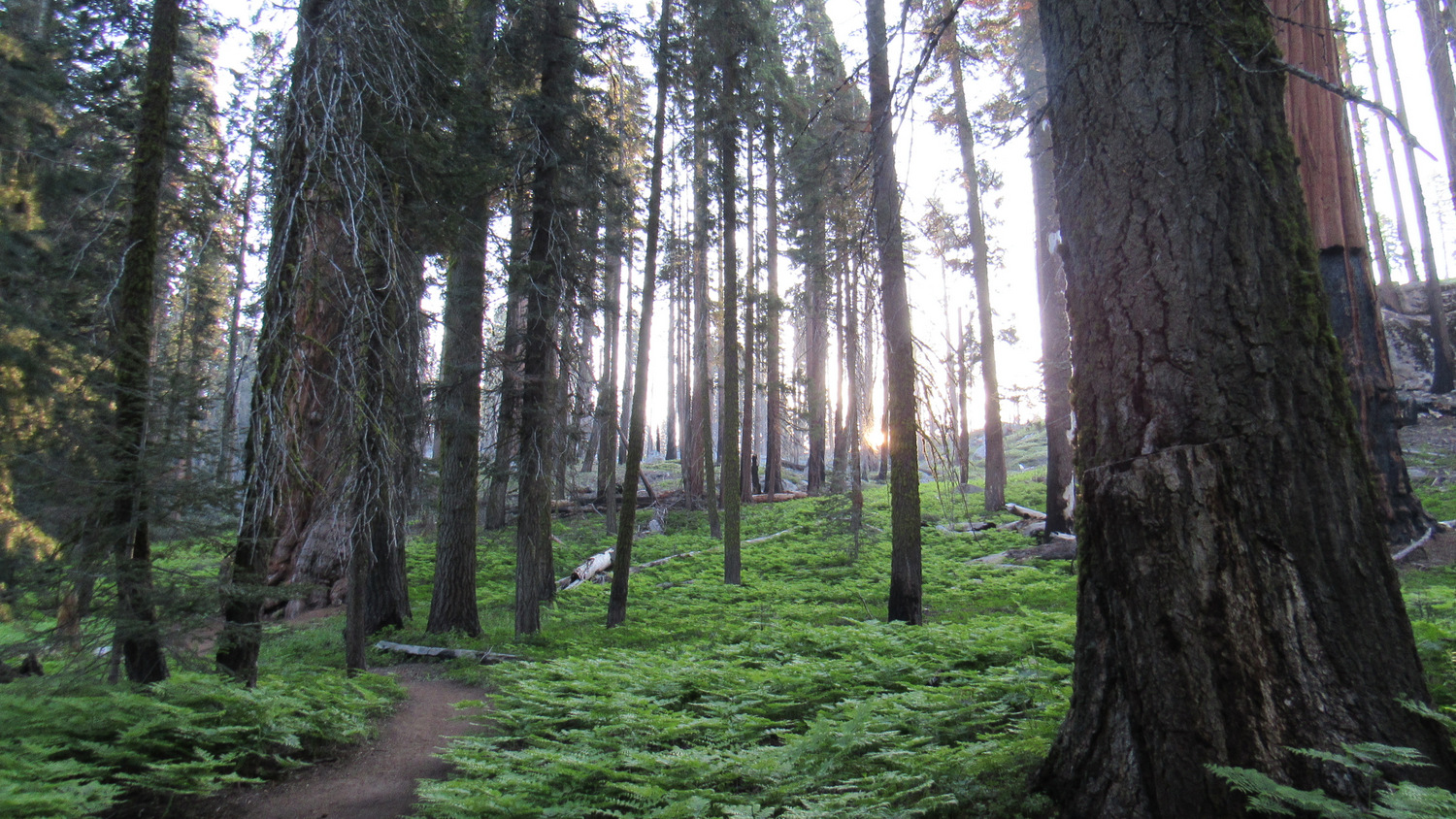 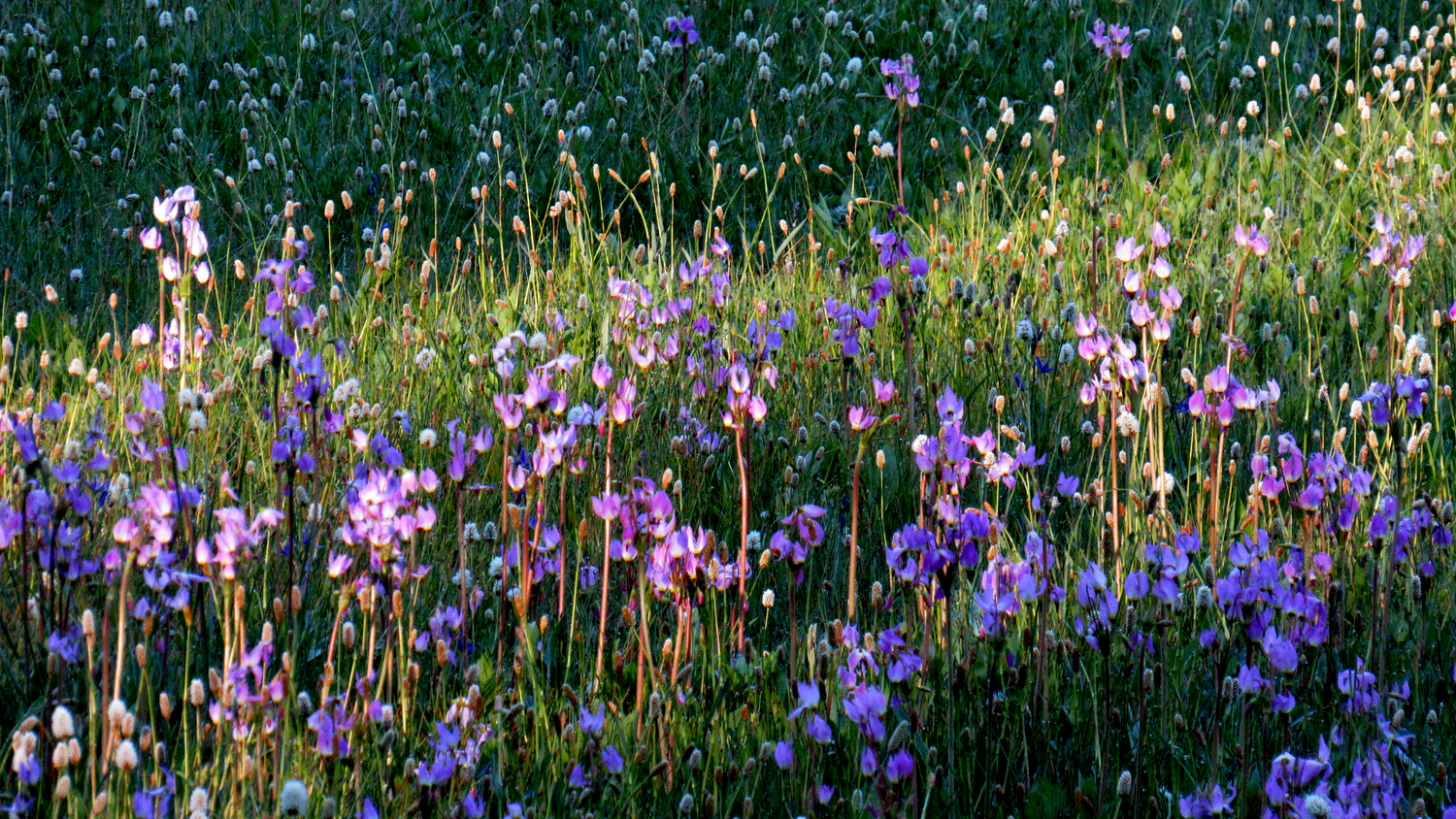 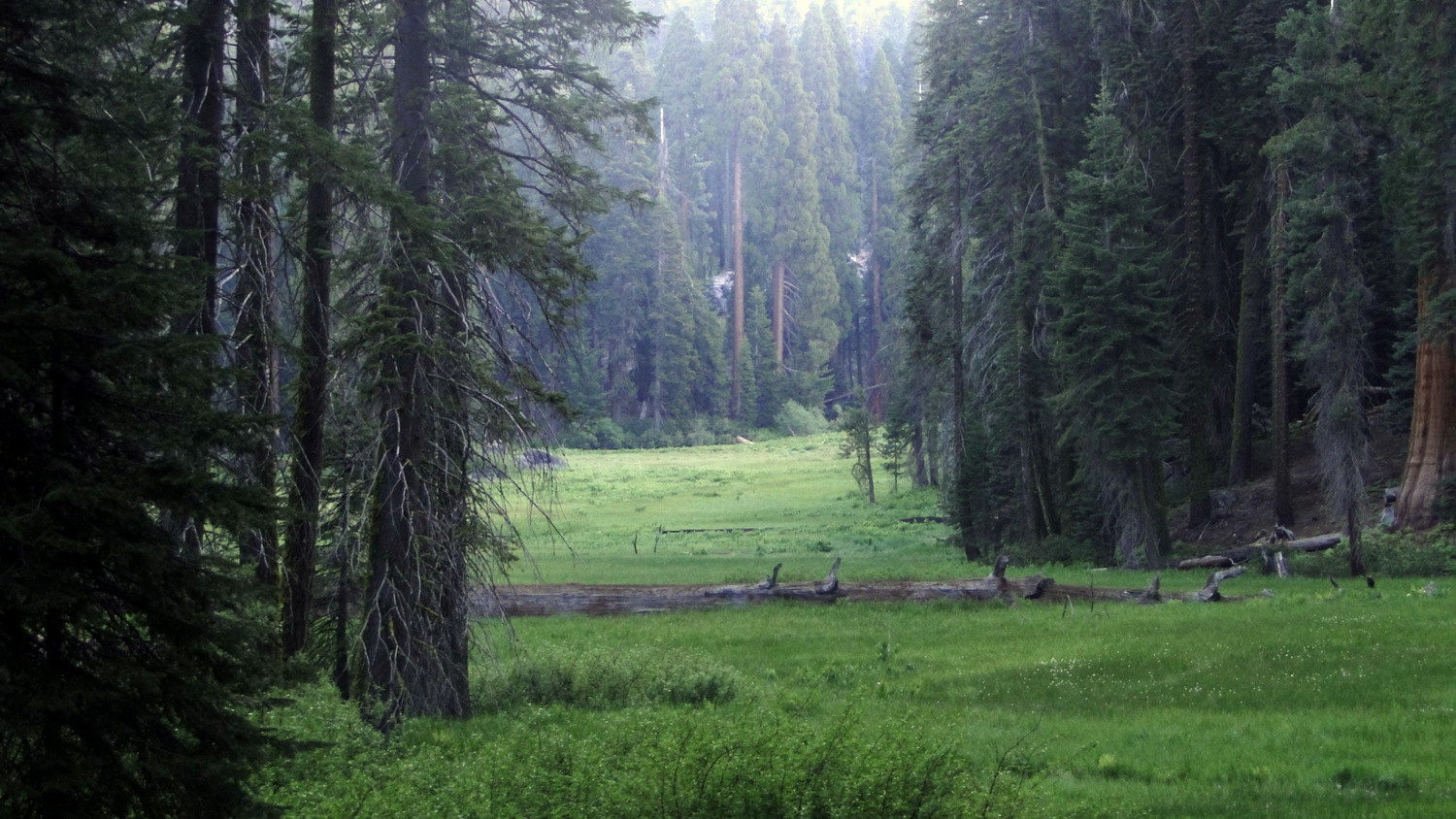 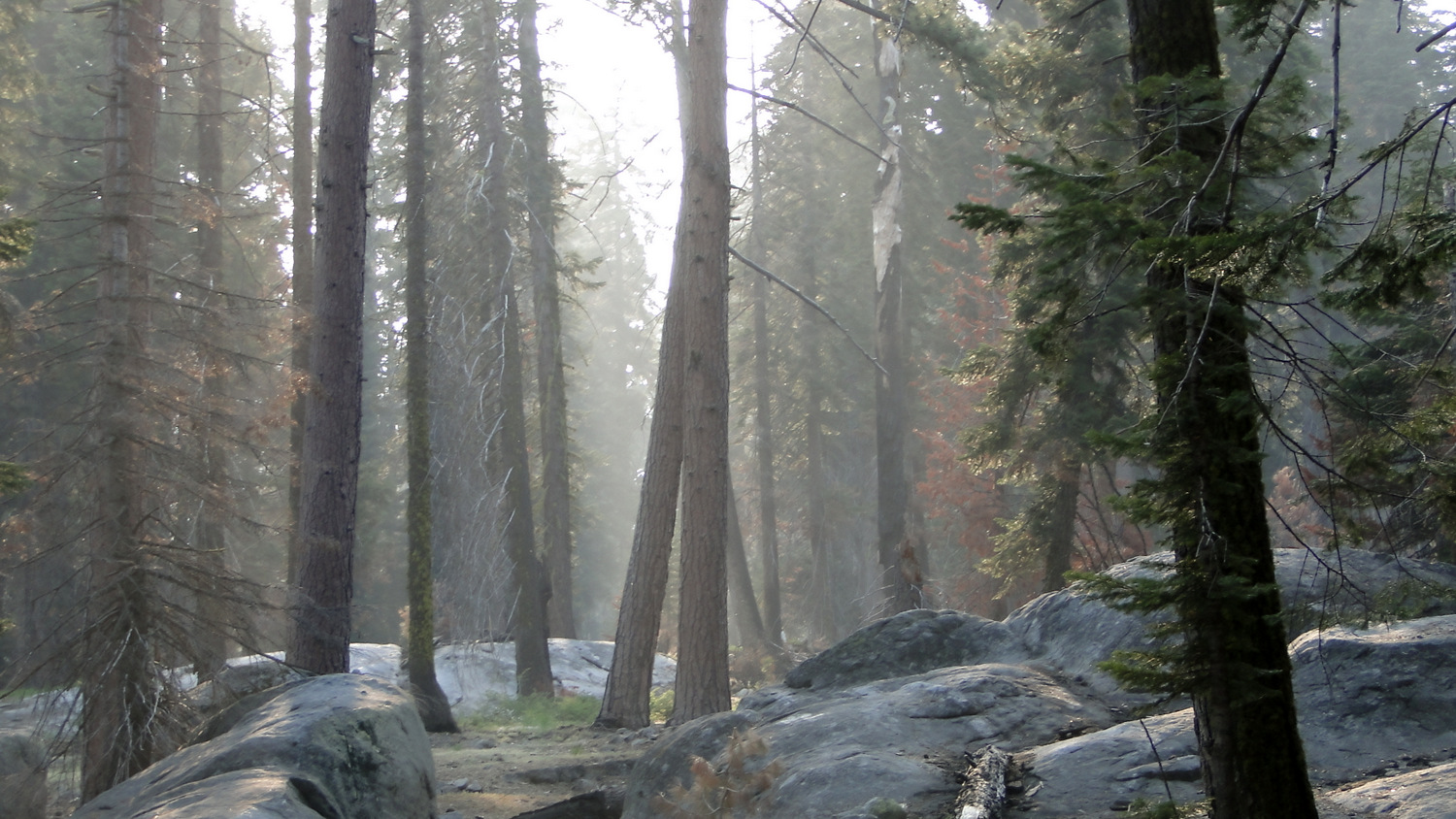 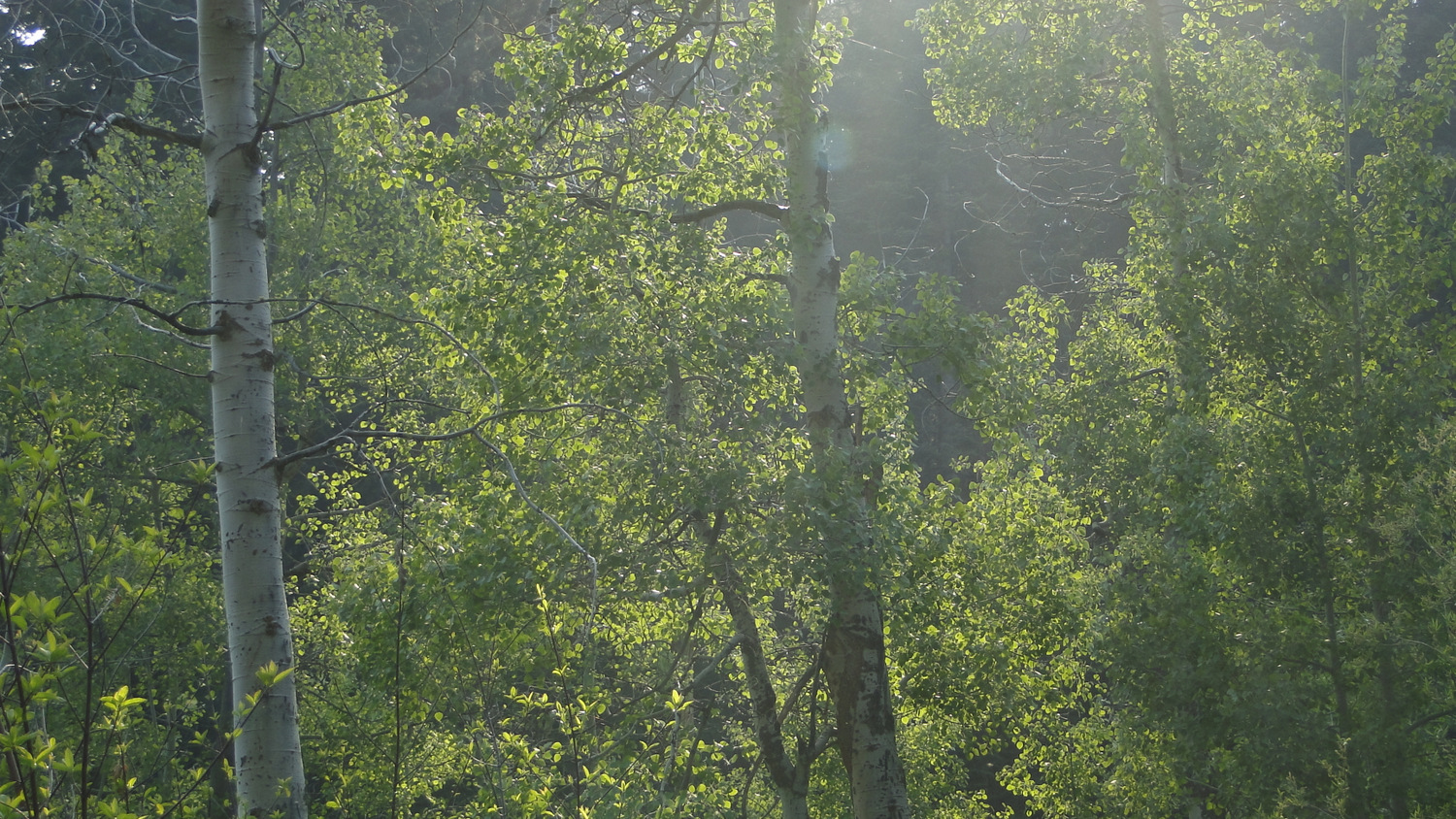 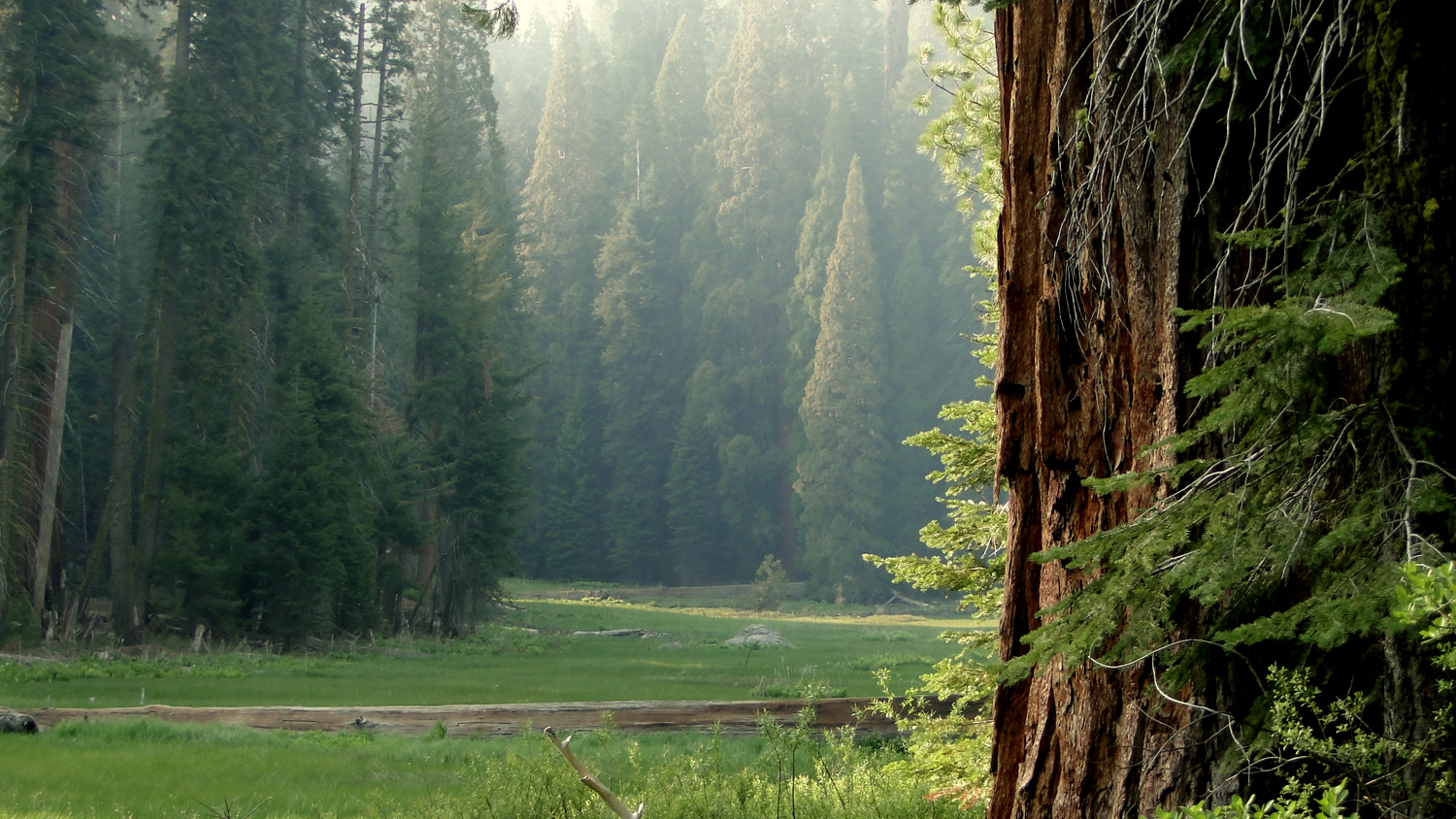 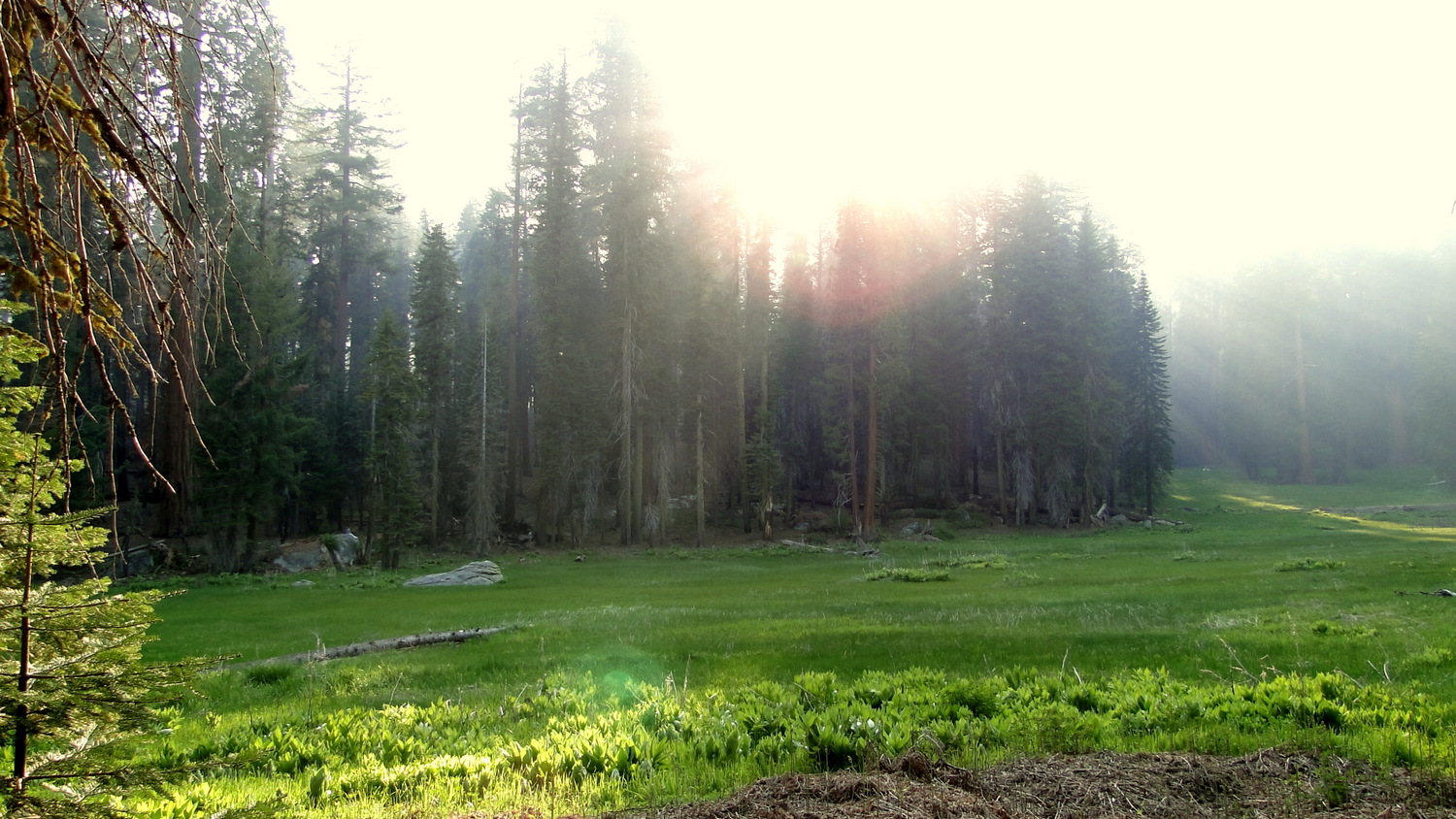 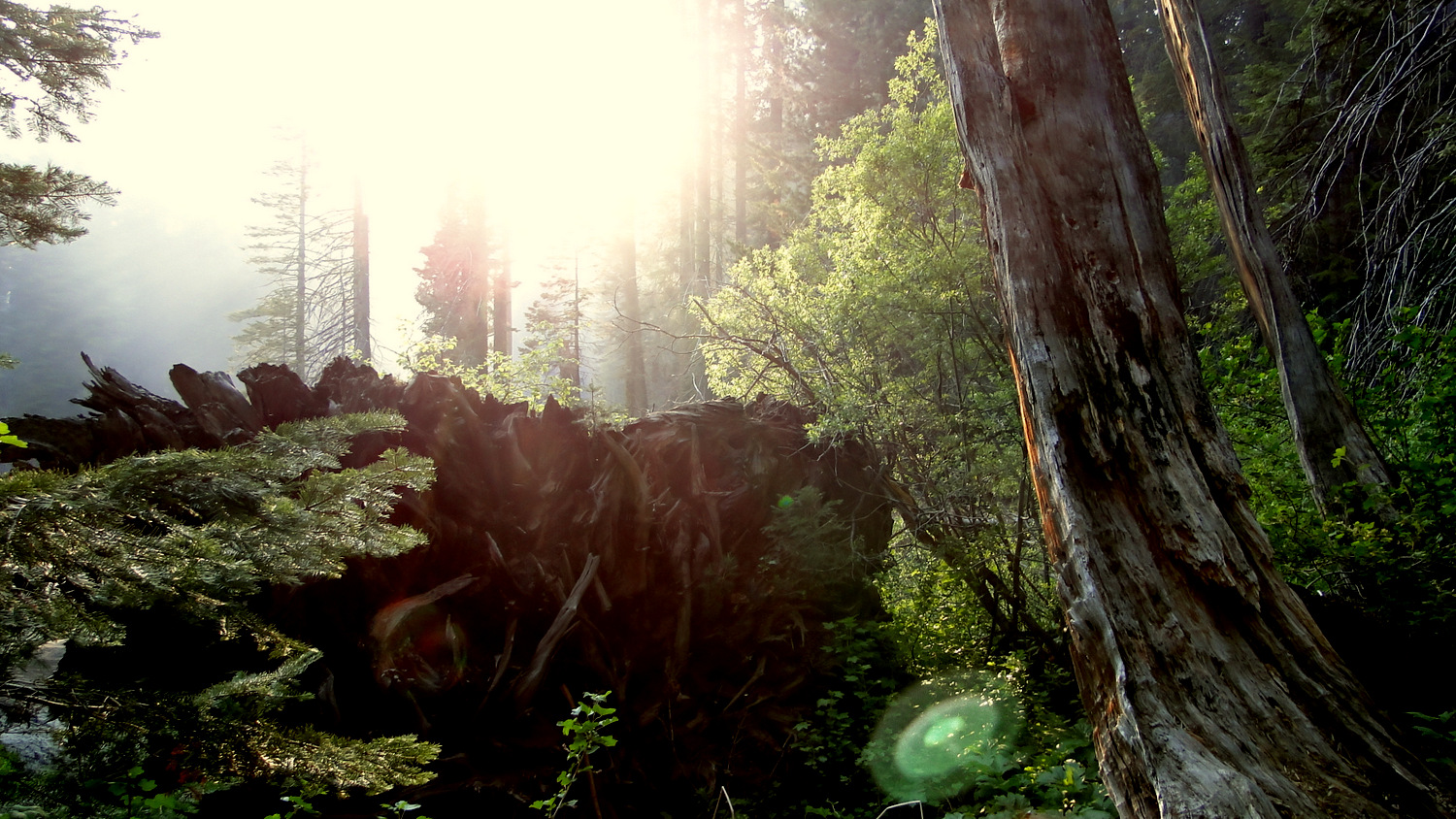 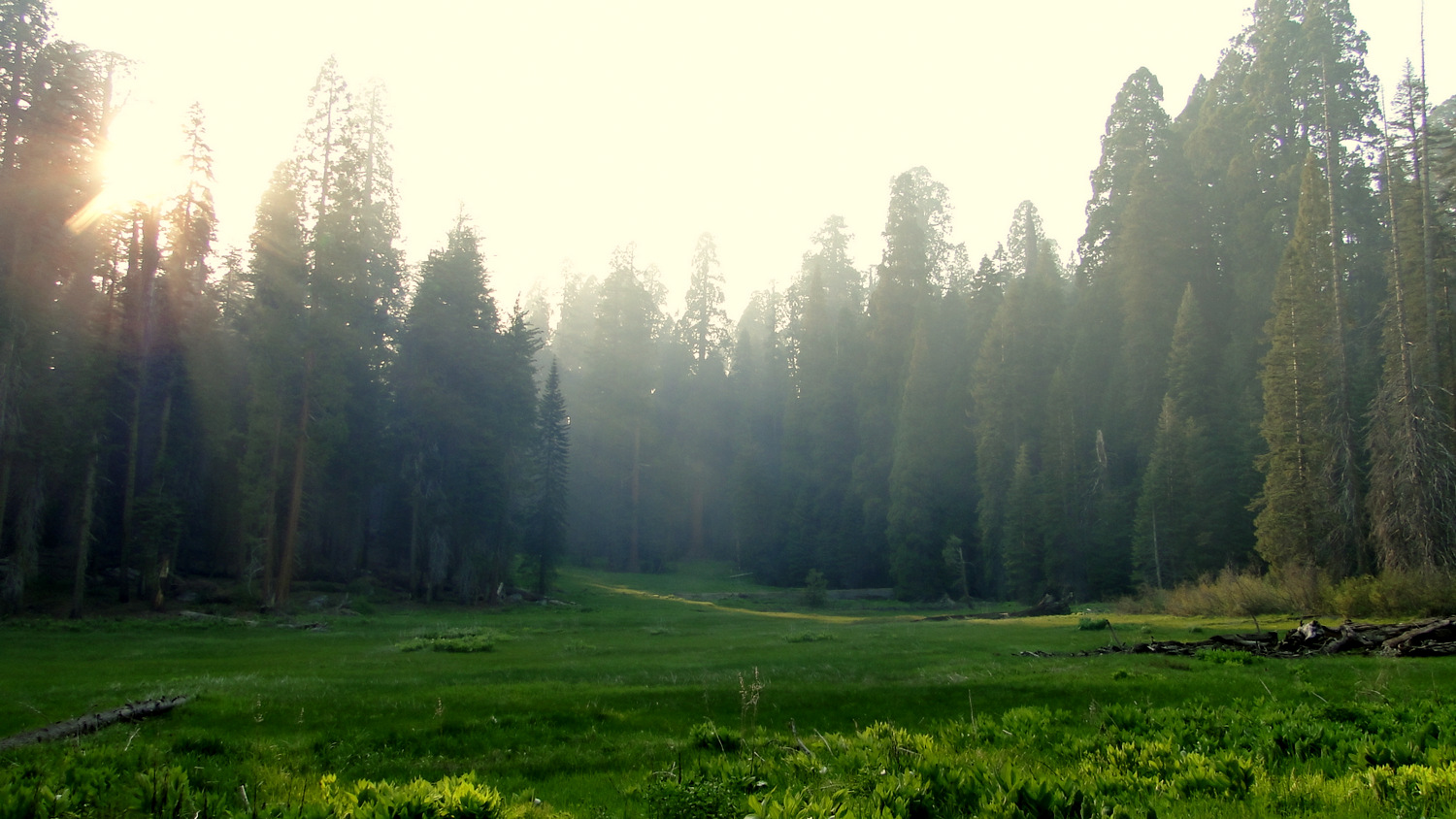 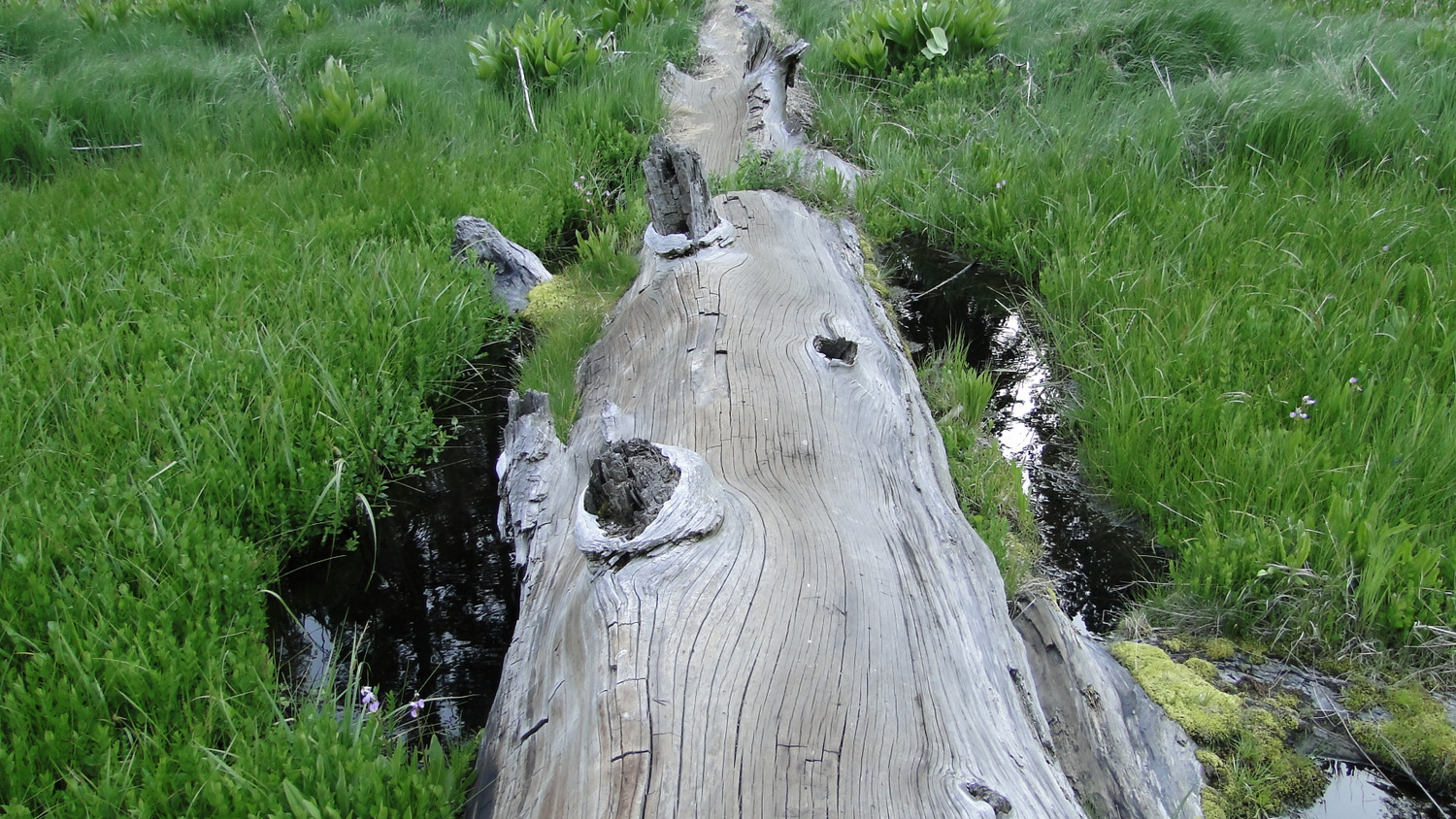 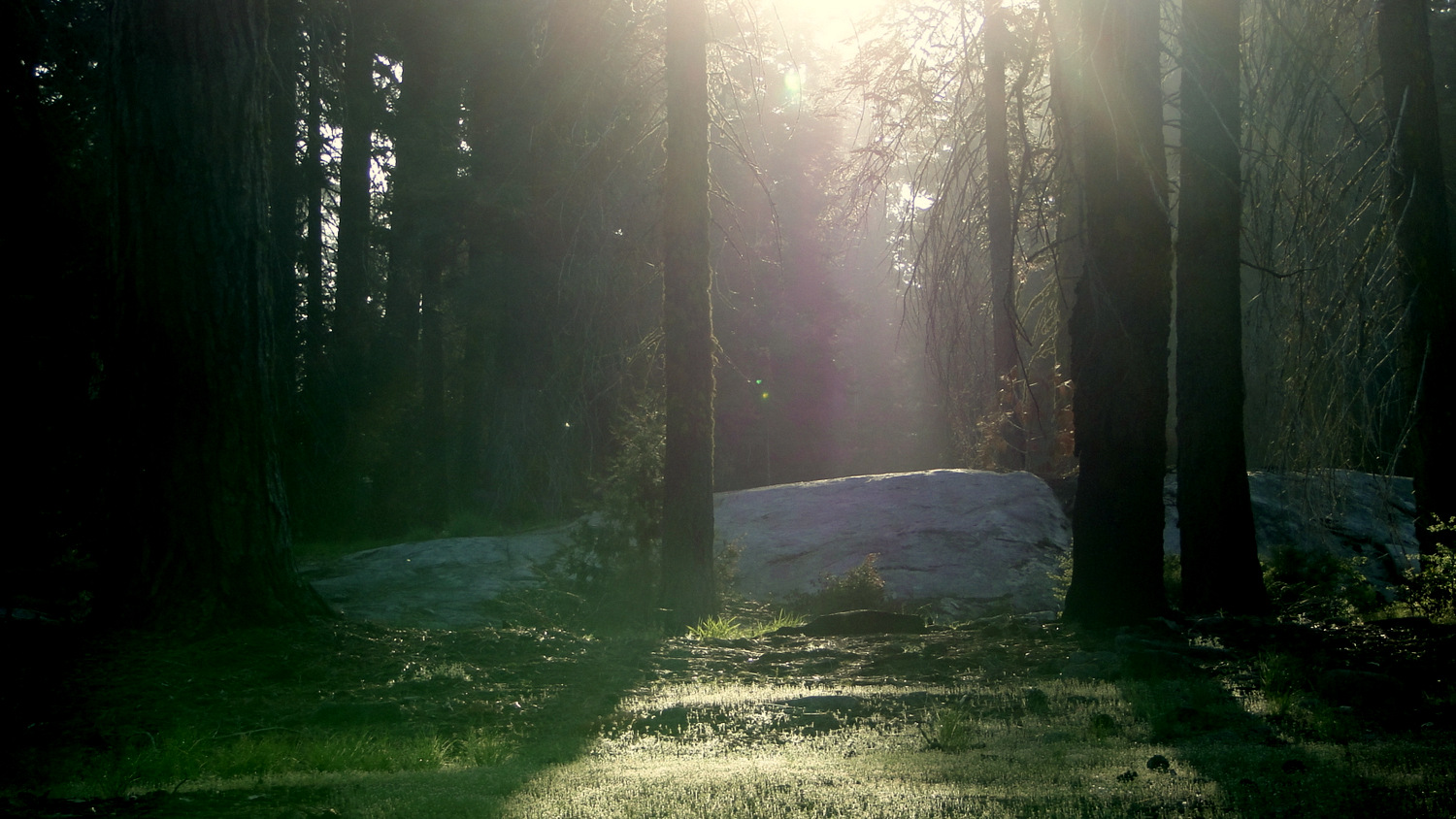 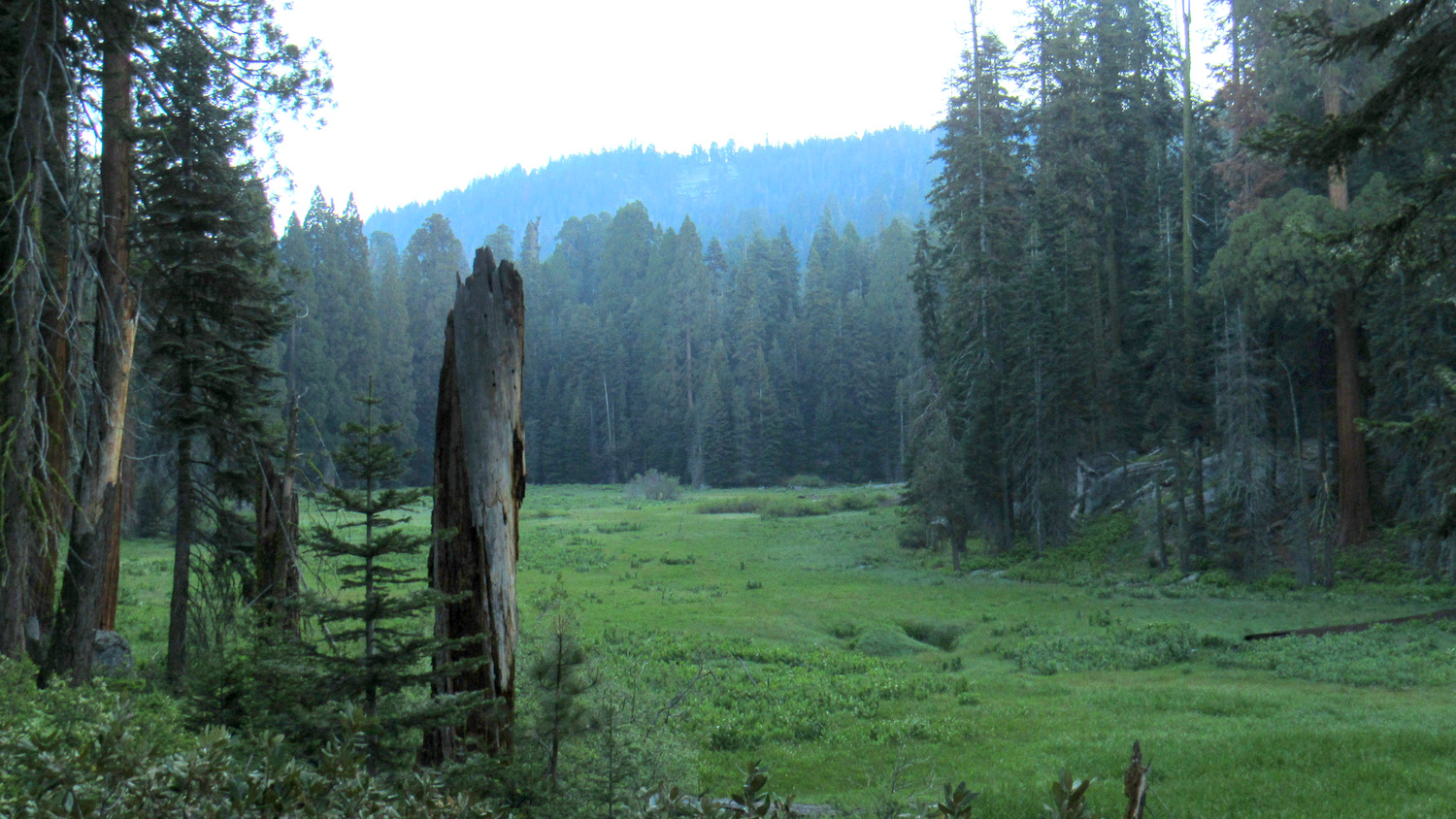 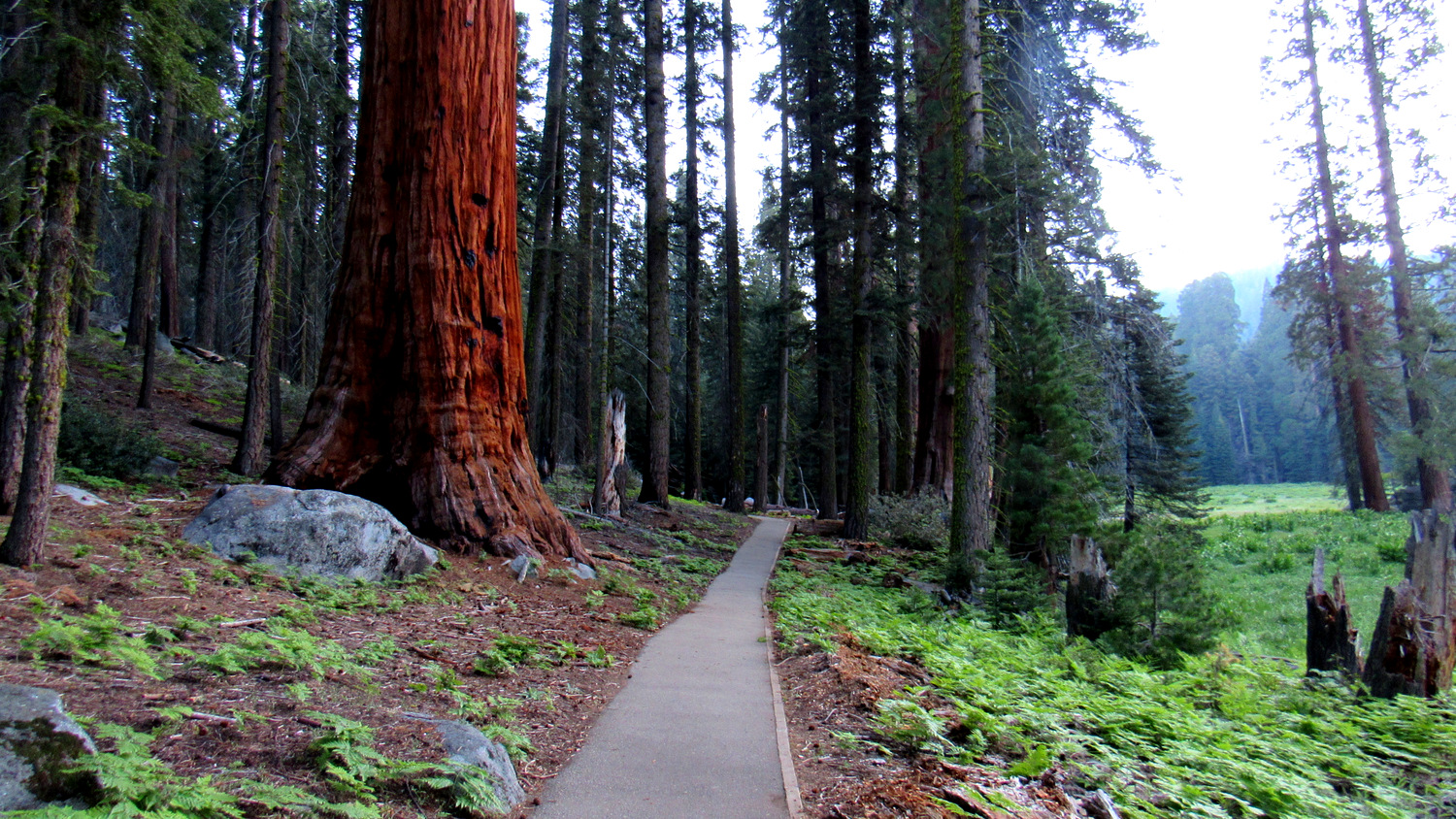 The trail is in great condition. Soft, smooth, and easy to follow. There is an ADA-compliant trail that runs from the south end of Crescent Meadow to Tharps Log.

The nearest campground is Lodgepole Campground.