Although there are many, many reasons to enjoy hiking, one of our favorite type of adventures is the noble history hike. There is something about knowing a hike’s history that makes it more alive to us, whether it’s a woman fighting fiercely for its protection or sandpapery sedimentary rock uplifted through plate tectonic movement. Our redwoods, rocks, artifacts, and people tell the story of San Francisco’s past—things fought for, things lost, and things preserved. Things that make us think about the world and the people who came before us. Here are eight San Francisco history hikes full-to-the-brim of nature and stories. 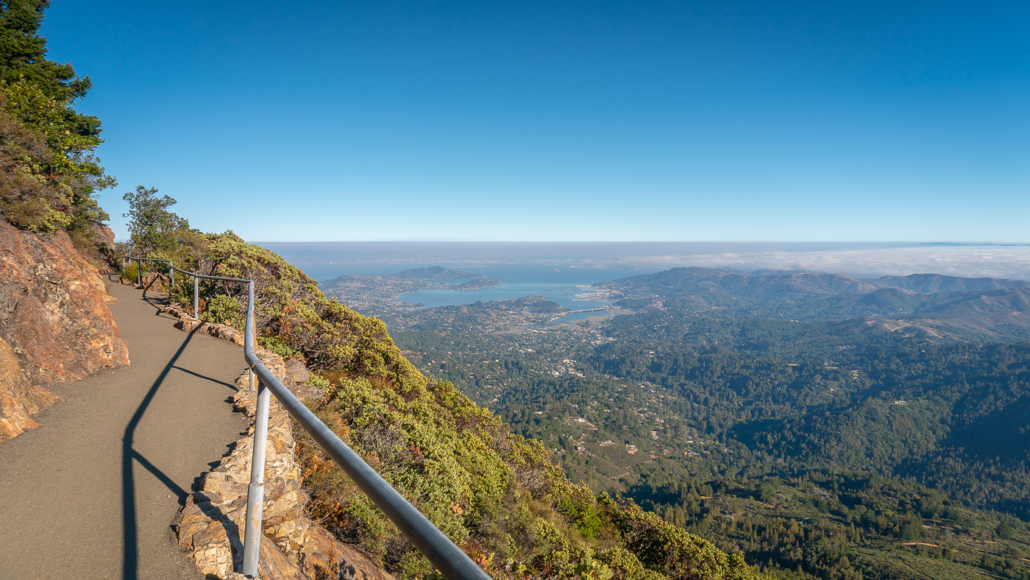 Verna Dunshee was a Marin resident and parks advocate, passionate about preserving nature in the North Bay. This accessible loop circles Mount Tam’s East Peak high above the San Francisco Bay. Time your visit for sunset or when the Gravity Car Barn is open to learn about Mount Tam’s railroad history. 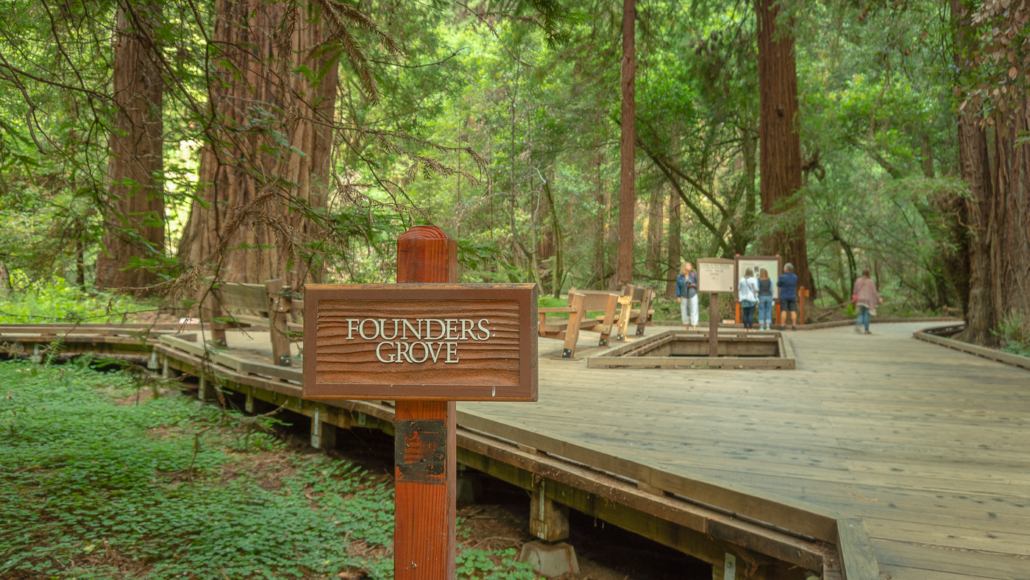 At the Founders Grove, rangers give short presentations and signs provide background about the founders of Muir Woods

In 1908, President Theodore Roosevelt harnessed the 1906 Antiquities Act to establish Muir Woods National Monument. This shady loop has the best of both worlds—Muir Woods’ trademark gigantic redwoods and quieter stretches away from the crowds up in Redwood Canyon. It’s worth noting that while we do have landowner William Kent to thank for donating this land, like many of his time, he held “backwards ideas” about communities who helped build and develop the region he called home. 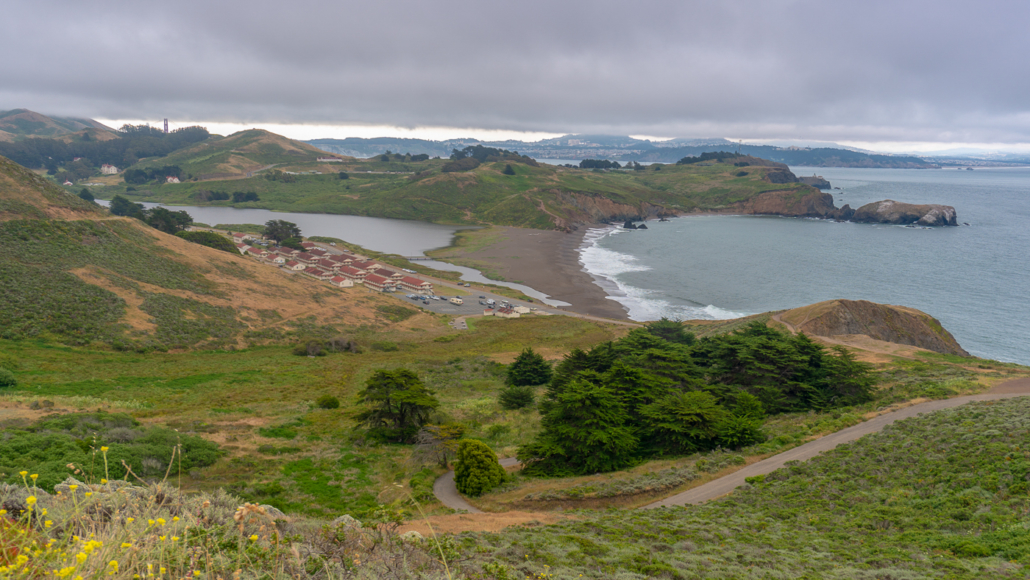 As you climb from Rodeo Beach, you have fine views of Fort Cronkhite, Rodeo Lagoon, and the Pacific Coast

The Coastal Trail – Hill 88 Loop is a fascinating peek at military history in the Marin Headlands. The hike starts at the red-roofed former army barracks of Fort Cronkhite, then passes an impressive concrete casemate at Battery Townsley, both built for World War II. After a steep climb, Hill 88 is next at nearly 1,000 feet elevation, a former radar site used to detect enemy aircraft during the Cold War. Sweeping views of the Marin Headlands, wildflowers, birds, and valleys make it an outstanding San Francisco history hike. 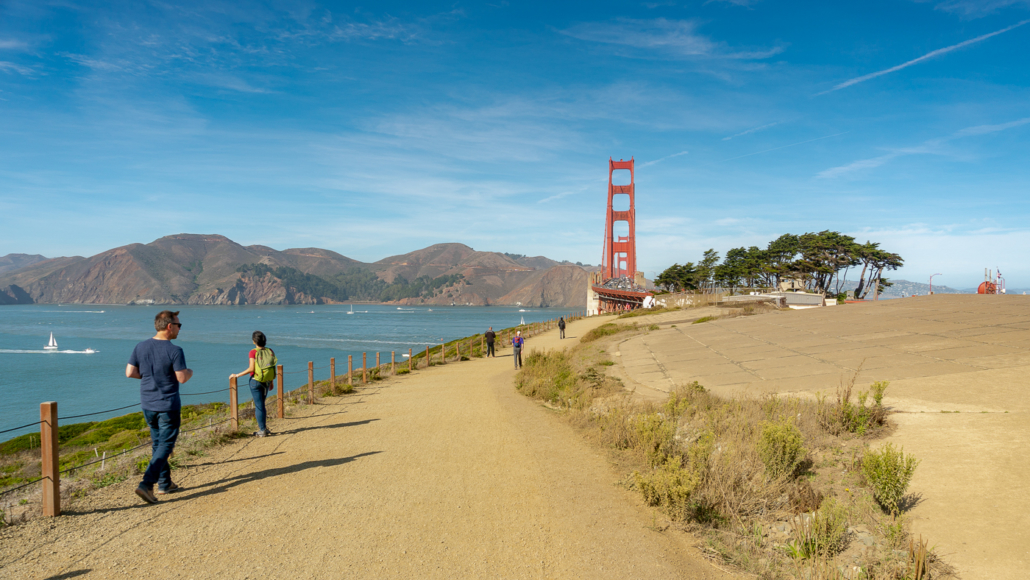 The Presidio Loop has phenomenal coastal views in addition to history

The Presidio has been an anchor to many cultures, beginning with Ohlone villages in 740 AD. After transitioning from the military to the Golden Gate National Recreation Area in 1994, it led to a revitalization of the land and a one-of-a-kind community of public, private, and non-profit organizations. This part-forest, part-coastal loop takes you to sites like the Presidio Officers Club, Immigrant Point Overlook, and the Golden Gate Bridge, with spectacular coastal views. 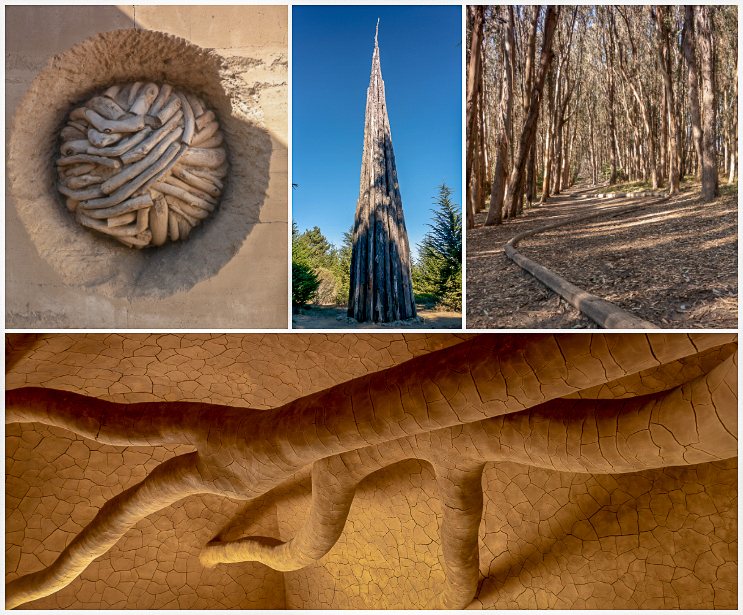 This family-friendly loop in The Presidio circles historic architecture, San Francisco Bay views, a eucalyptus forest, and four sculptures. What makes the hike special is the sculpture artist, Andy Goldsworthy, uses materials found in nature, like tree branches and clay, to encourage us to think about how The Presidio evolved and changed over time as different people occupied it and shaped it. The hike starts and ends in The Presidio’s Main Post, where you can stop in at the Presidio Visitor Center, pick up a coffee, or lounge on the grassy Main Parade Ground with a picnic. 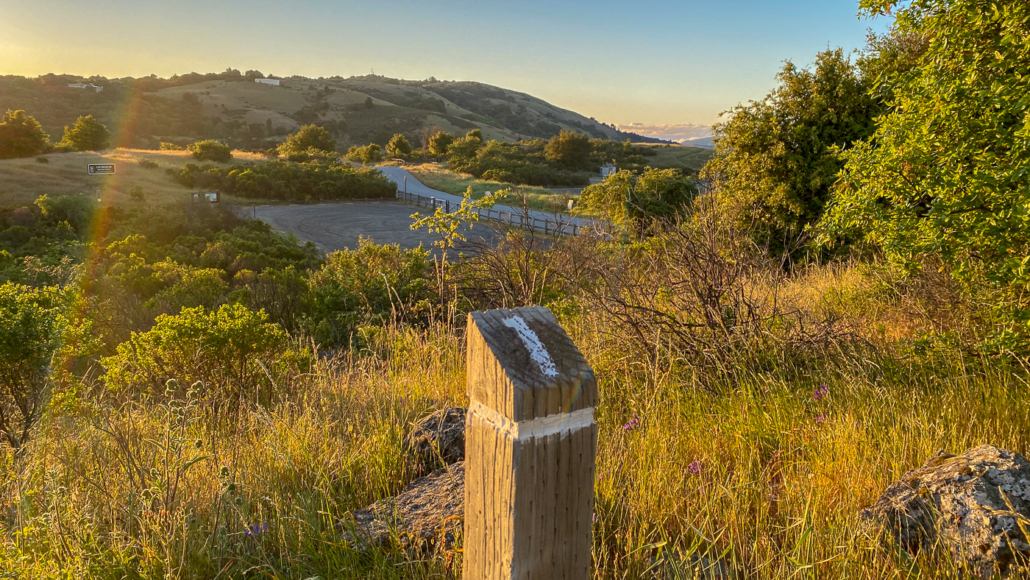 The first stop the San Andreas Fault Trail. Signposts correspond to a trail map with descriptions of what you see.

The San Andreas Fault Trail is a mostly shady hike in Los Trancos Preserve, over 2,200 feet high in the Santa Cruz Mountains. The San Andreas Fault splits the preserve, so when you do this hike, you literally stand on the Pacific Plate looking southeast towards the American Plate. A trail map is your golden ticket here. Print it or download it before you go to learn about the earthquake-disrupted land features corresponding to the numbered signposts. 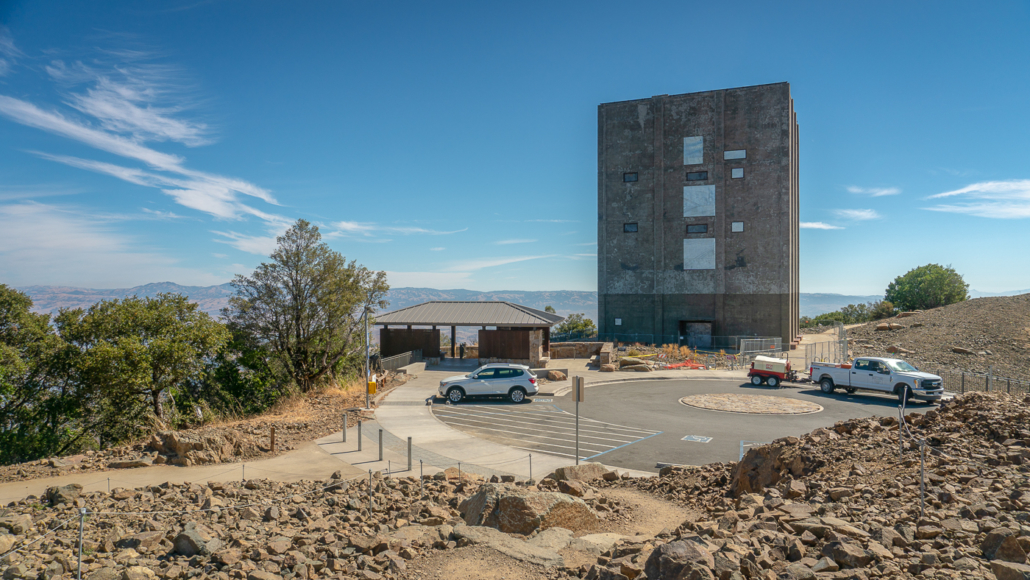 Mount Umunhum’s radar tower is a trademark of the Bay Area, visible for miles

Mount Umunhum was once the home of the Almaden Air Force Station during the Cold War. After the site was abandoned, Midpen purchased it in 1986 and spent over three decades revitalizing it. In 2017, it reopened to the public with a new trail system, a prayer circle, and exhibits honoring the Amah Mutsun’s sacred connection to the mountain. It’s a surprisingly shady hike—sunny summit excluded—with bay laurel and Santa Clara Valley vistas. At the 3,486-foot summit, you are well-situated to enjoy the Santa Cruz Mountains’ ridgeline, the Diablo Range, and a sliver of the Pacific Ocean on a clear day. 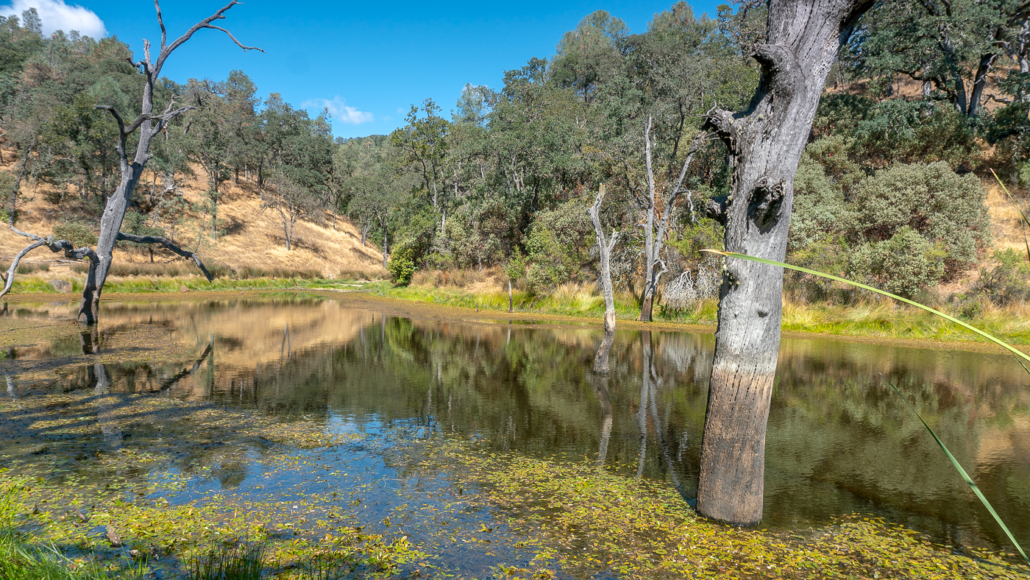 Frog Lake and granary trees along the Frog Lake Loop

We owe the existence of the second largest state park in California, Henry W. Coe State Park, to Sada Coe Robinson, Henry’s daughter. This loop is a wonderful way to get to know the park’s high ridgelines, deep valleys, Coe history, and Frog Lake. Since the park is open 24 hours a day, it’s a great opportunity to catch a sunrise at the start of this lovely San Francisco history hike.