The Value of a Landscape

The first time I traveled to Carrizo Plain National Monument, there were plenty of things to draw my attention – but what struck me most was what wasn’t there.

Wedged between the Temblor and Caliente Ranges, this flat expanse is one of the most isolated and remote places I have ever experienced in overcrowded Southern California – and certainly one of the emptiest places I’d been able to get to in a car. When you step outside, you see blue skies, maybe a dust storm on the dry bed of Soda Lake. Perhaps one or two other cars vanishing on the horizon. It’s eerily, beautifully silent. 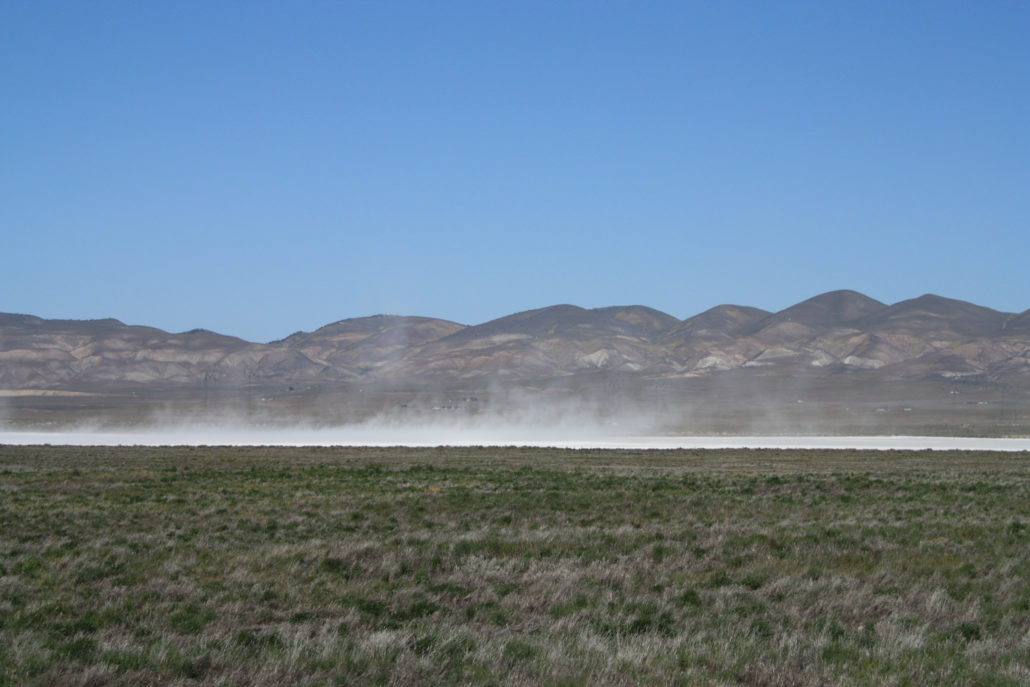 a windstorm over the bed of Soda Lake

The San Andreas Fault is a central feature here. That slow, grinding line gradually rending California in two is visible to us primarily in its effects on other things – most silent and slow, but occasionally quick, violent, and noisy. A stubborn section of tectonic plate stuck to one side of the fault line and over a few million years (give or take), we got the rippled scar of the Dragon’s Back Ridge.

At nearby Wallace Creek, you can see a streambed that shifted 23 feet during a single earthquake in 1857. An earlier quake moved it almost double that distance. 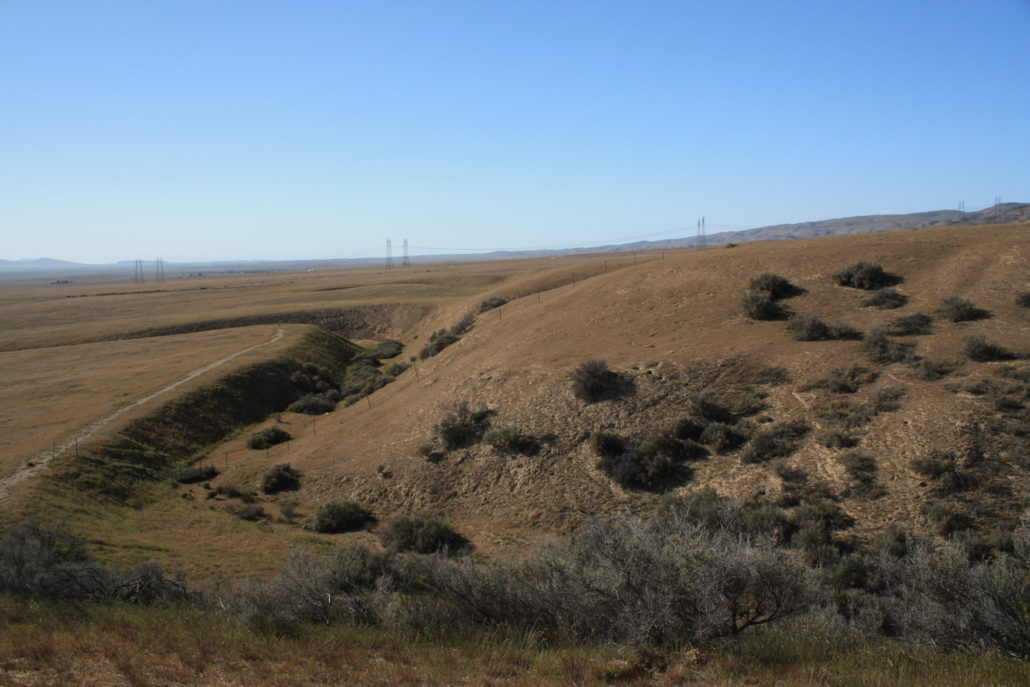 the z-shaped bend of Wallace Creek

Just east of the Temblors, there are slightly more people around – but still not enough to call it ‘crowded.’ Instead of dry lakes and roaming pronghorn, it’s oil and gas infrastructure here – rusting derricks as perpetual motion machines and gleaming silver pipes with the occasional streamline moderne loop to break up the monotony. In good rain years, wildflowers still cover the hills behind them. In 2017, a bloom on the plain was so enormous and bright it could be seen from space.

Mining companies are laying claims inside the former, legal boundaries of Bear’s Ears National Monument, and here in Carrizo, a company has been granted the right to build a new well and pipeline on a private inholding on what has been called “one of the lowest-producing oil fields in the state.” The application sat gathering dust for seven years until new bosses were installed and the Department of the Interior got more excited about digging and drilling. A slow build, a drastic change. 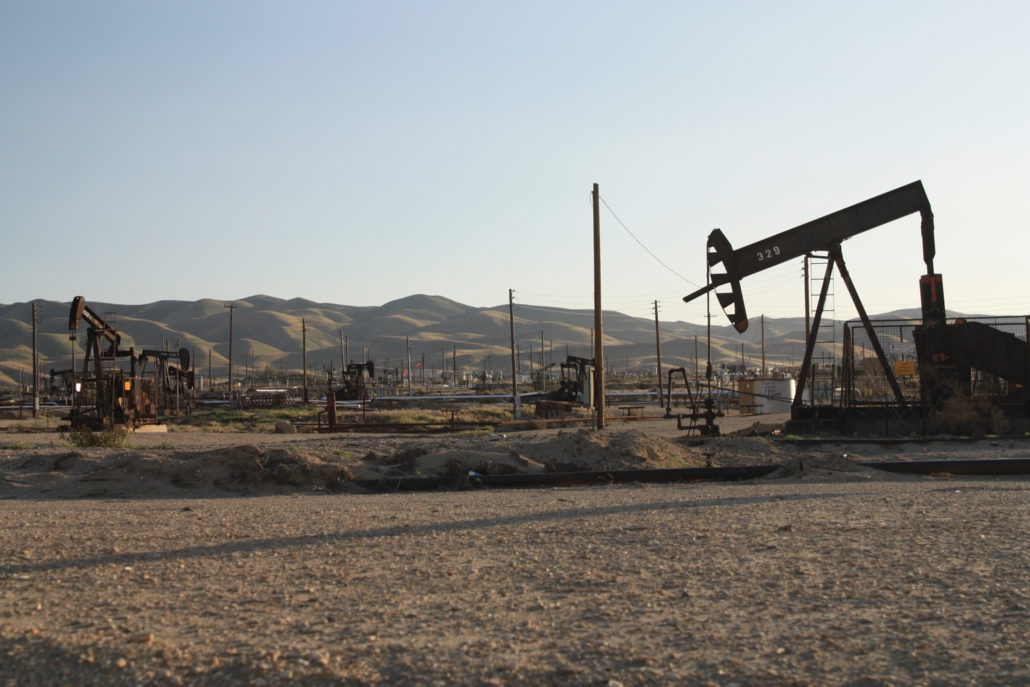 We can attach a monetary value to whatever drops of oil can be squeezed out of the Carrizo Plain. In our attempts to offer a counterargument to those who speak in passive voice CC’ed emails and bask in fluorescent lighting, we can even tally the economic benefits of outdoor recreation. This strategy has been paying dividends, but sometimes I wonder what we lose by conceding that a dollar value is the only way to judge something’s worth.

Where does a silent, nearly-empty valley fit into on a cost-benefit analysis report or spreadsheet? Is it more valuable to those who live near it or those who escape to it? What about those who will never see it? Those who don’t know it even exists?

Several groups have filed an appeal in Carrizo Plain to stop the construction. Meanwhile, Soda Lake waits for winter rains and the birds and bloom to return, and Wallace Creek prepares for its next jump. How far the landscape shifts next time, we’ll have to wait and see. 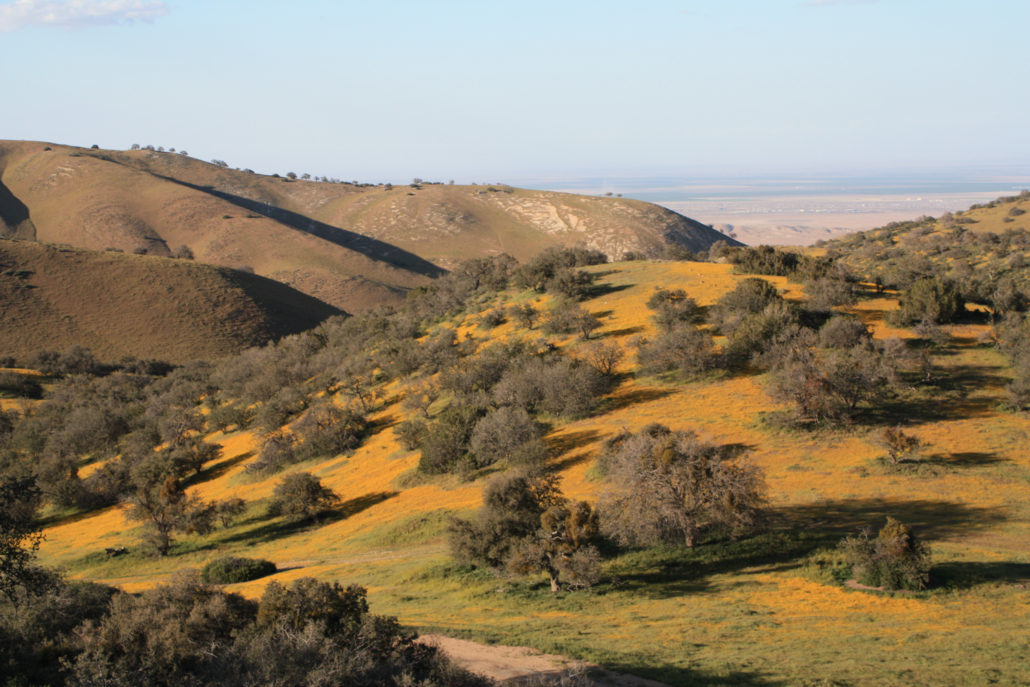