A short and easy hike along a world-famous section of the San Andreas Fault. This is a great way to get close to the fault, see its effects on the landscape firsthand, and come to terms with the power and force behind earthquakes. It’s also a great way to start exploring the huge but mostly unvisited Carrizo Plain National Monument. Try to time your visit during the spring, when wildflower blooms and migrating birds make the park a great day-trip or overnight destination from Los Angeles.

The Carrizo Plains National Monument has a self-guided audio tour in MP3 format on their web site. It’s definitely worth checking out if you’re headed up to the Monument.

Wallace Creek is one of the most important geological sites in the world – it’s one of the several places in California where University of California scientists were able to get first-hand accounts and views of plate tectonics in action, helping to pave the way for the theory of the same name.

Let’s face it, living in L.A., we hear about earthquakes all the time – but due to our fair city’s come-and-go nature, not many of us have actually lived through a major quake. Sure, we’ve felt the tremors and shakes now and then, but if you want to see what a big quake can actually do to the landscape, Wallace Creek is the place to head.

Tucked away in the eastern stretch of the Carrizo Plain National Monument, Wallace Creek is definitely out-of-the-way. It’s miles away from just about everywhere, and unless you’re visiting the park in the spring, you’ll probably have it to yourself.

At the end of some long dirt roads – impassible after wet weather – you’ll reach a small, marked trailhead and parking area east of Soda Lake. Make sure you pick up a self-guided tour pamphlet at the parking area, then follow the straight-line trail as it gently climbs up a slope. After a very short hike along this path, the trail makes a short, steep climb to a ridge overlooking two nearly 90-degree bends in the (most often) dry creekbed. Normally, you’d assume a bend in the channel like this would have been caused by the types of rock in the riverbed, but this zig-zag in the stream’s east-west drainage is actually the result of slippage on the San Andreas Fault. Chances are, when you’re looking at this formation, you are standing directly over the fault itself.

In January of 1857, the magnitude 7.9 Fort Tejon Earthquake moved the land in this creek a full 30 feet from its previous location … which is pretty intense if you think about it. The quake was felt as far away as Las Vegas and the mouth of the Colorado River, and damaged buildings in Los Angeles.

The trail at Wallace Creek continues south, showing off a few more examples of faultline geology, but nothing is as striking or as memorable as those two sharp turns in the earth. Soak in the raw power of the earth beneath our feet … then go home and start putting together your earthquake kit!

For more information and first-hand accounts of the Fort Tejon Earthquake, read this site on Fort Tejon history and this collection of newspaper excerpts.

For a PDF of the Wallace Creek Trail Guide or an interactive version, visit this site. 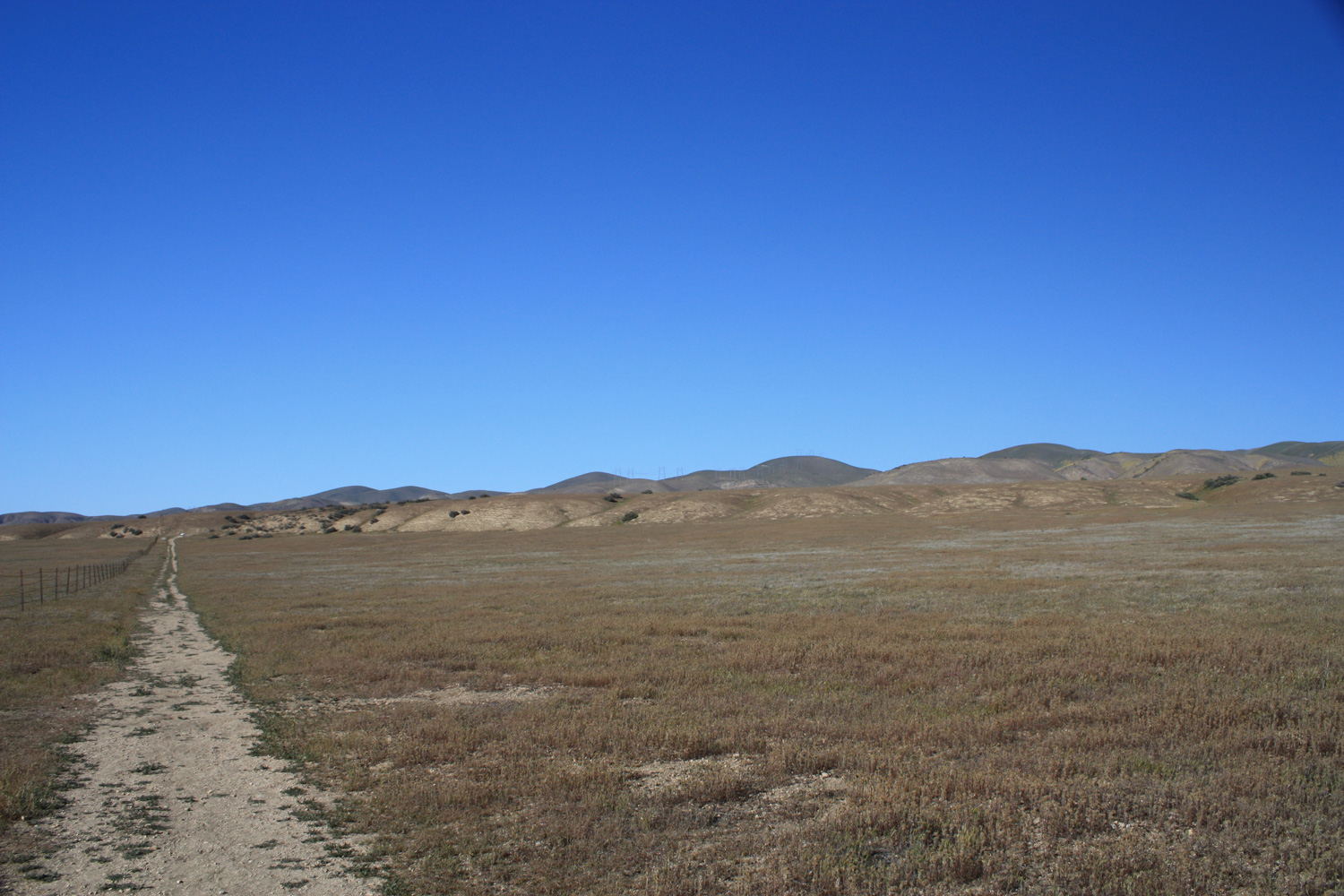 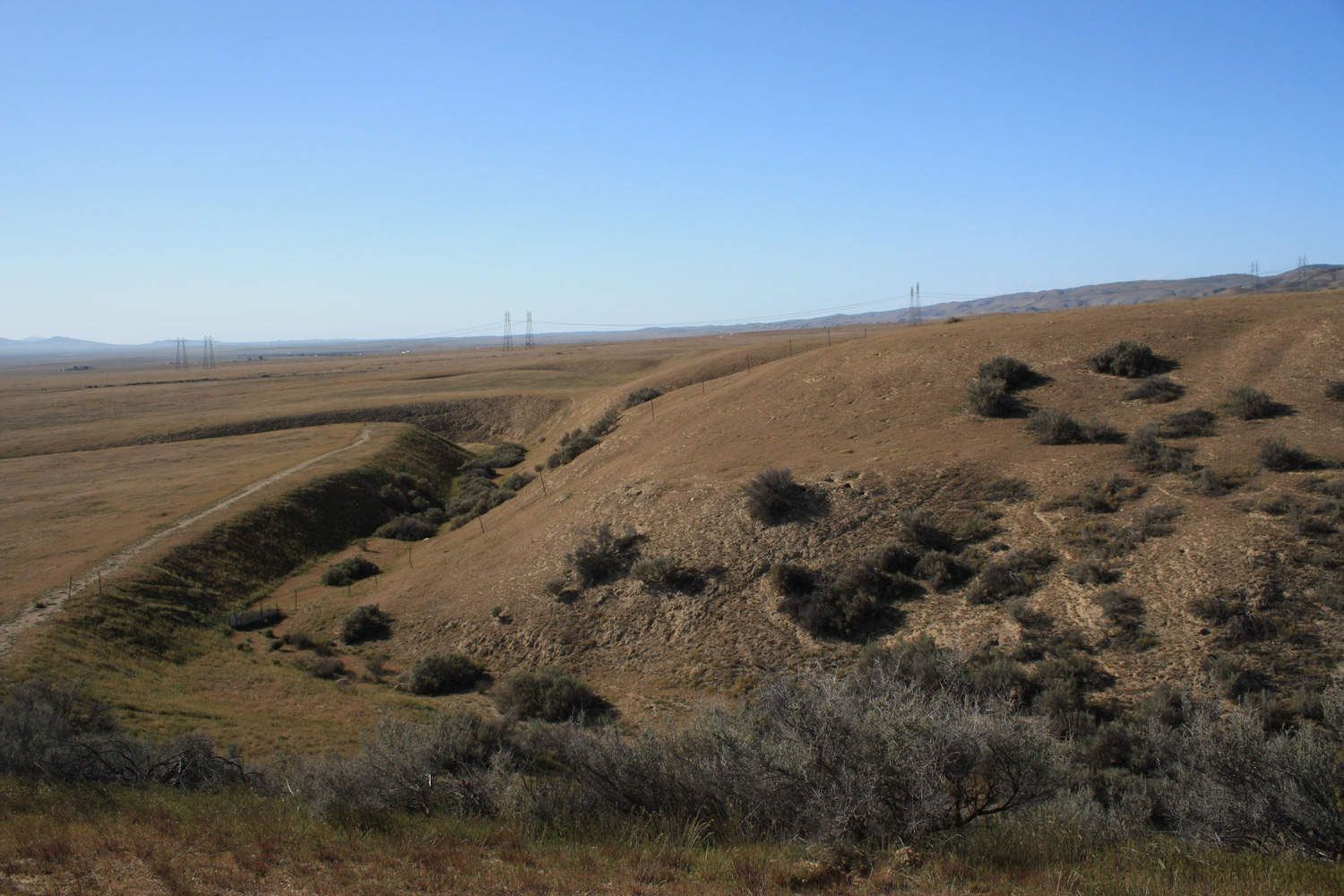 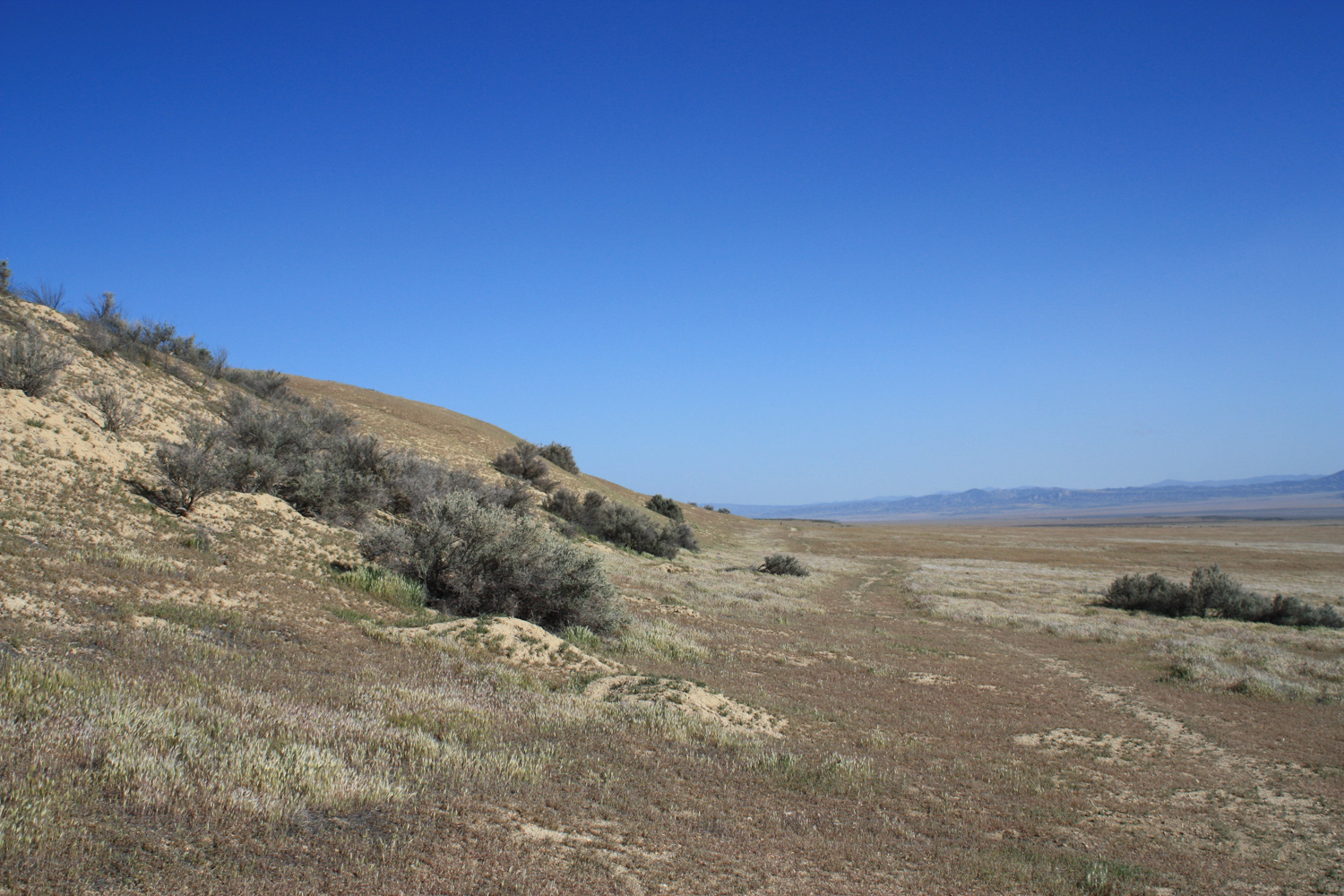 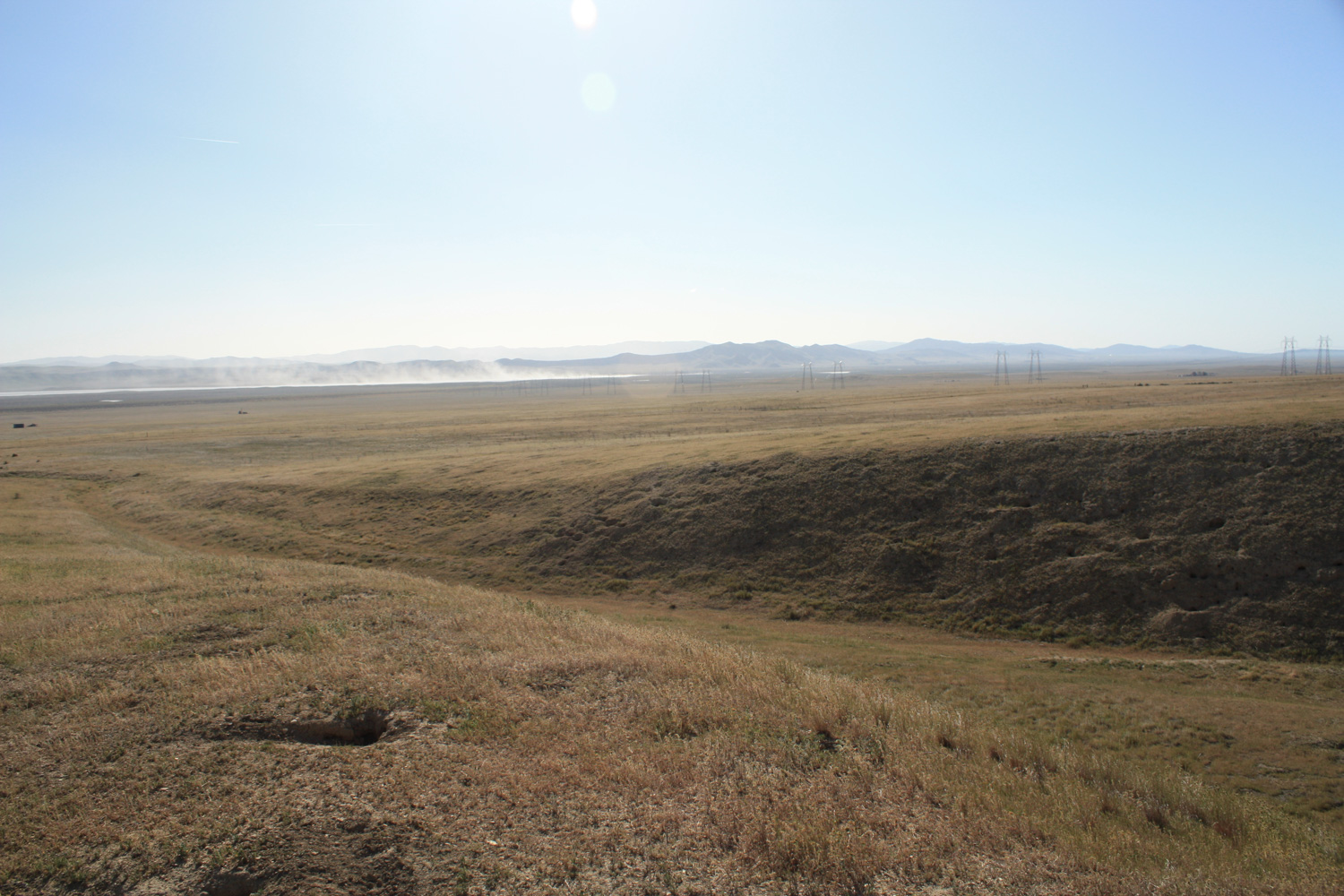 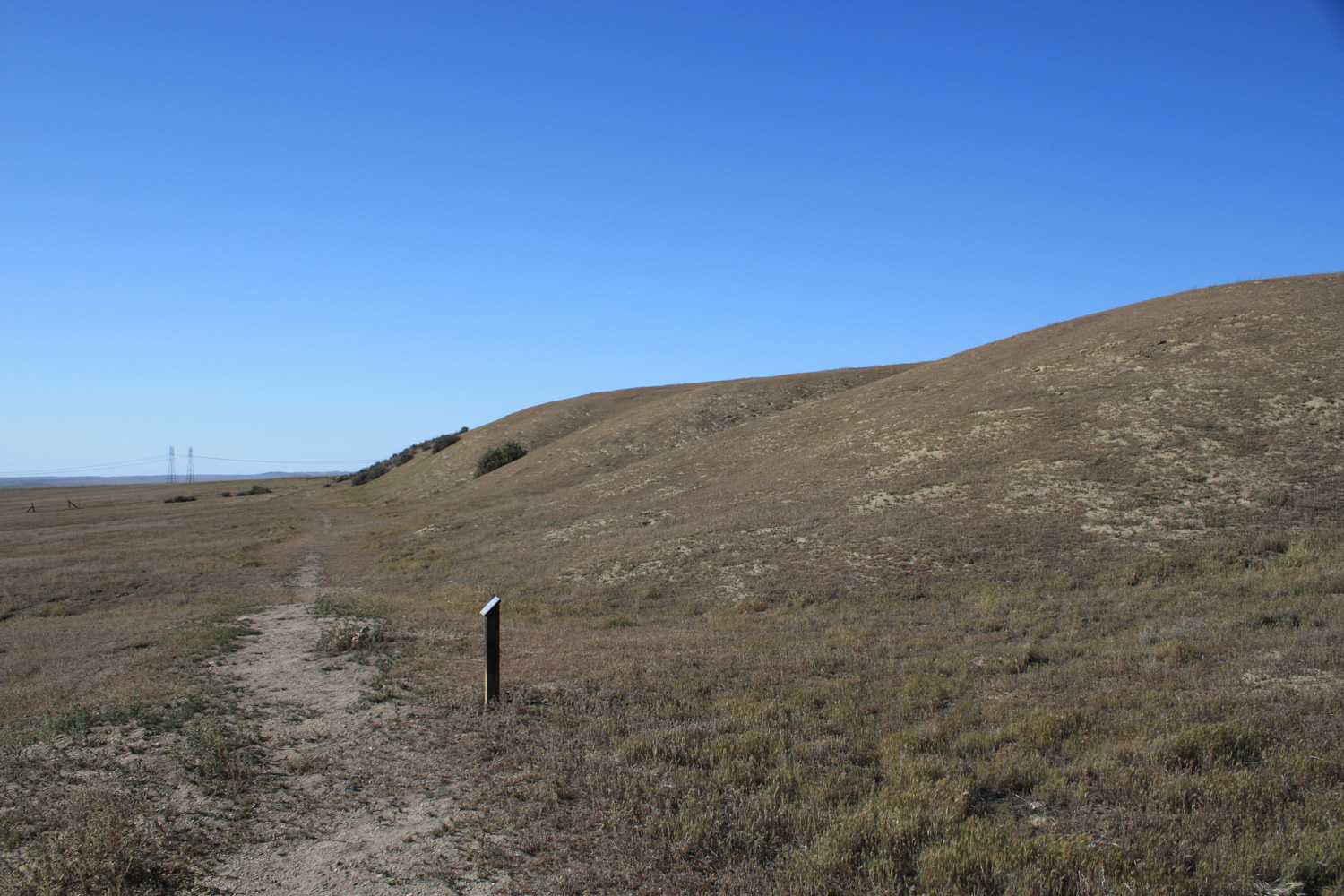 Decent. The main trail from the parking area to the main bend in the creek is very clear, but the route to the other points of interest is faint. There are markers along the way, but they tend to blend into the scenery. Luckily, since you basically just walk along the very visible San Andreas Fault Line, it's easy to follow.

From inside the Carrizo Plain National Monument, at the Visitor's Center intersection, head northeast on Simmler - Soda Lake - San Diego Creek road, a dirt road that skirts the southeastern shores of Soda Lake. This is a dirt road that should not be attempted after a recent rain, as the ground will be very, very muddy. Make a sharp right onto Elkhorn Road and look for the clearly marked sign and parking area on your left.