The Land Has Burned; Long Live the Landscape

A punch to the gut.

That’s what it felt like for many outdoorsy Angelenos when they awoke on the morning of Friday, November 9th to find that the brush fire ignited the previous afternoon had grown to inferno-size.

I was en route to the Burbank airport for a trip to the northwest as news from the deadly Camp Fire in Northern California flooded my inbox and a smoke plume from a fire in Griffith Park rose ominously in my peripheral vision. I wondered how much more would be lost while I was on a plane, and whether we’d ever get it back. 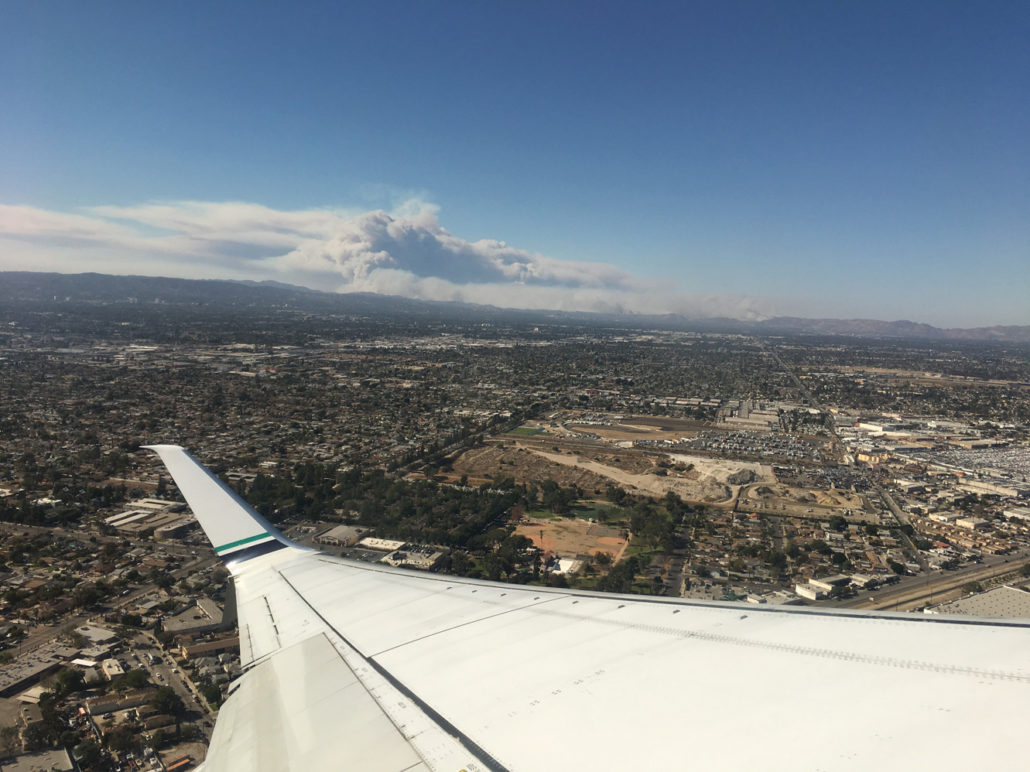 Smoke from the Woolsey Fire looms in the air over the Santa Monica Mountains. Photo November 9, 2018.

Much has been written about the deeply tragic loss of life and property in these fires. For those of us with hiking boots or trail runners or mountain bikes or horse saddles or tents in our closets, there is an additional pall of gloom that hangs even as those Santa Anas push the smoke from the fires they fanned out into the Pacific. It was a pit I felt when I saw the first, early Google Map of the Woolsey Fire’s burn area. 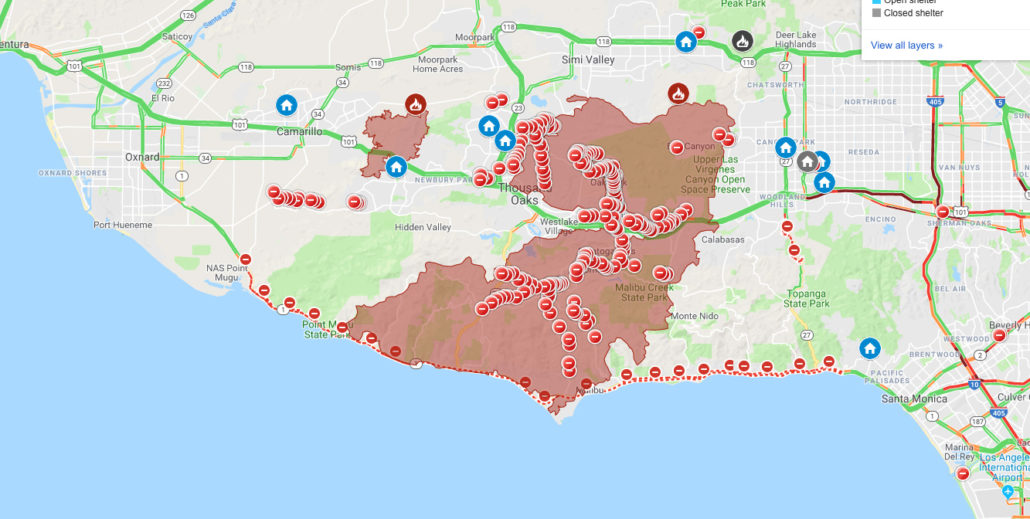 As of November 13th, with the fire only 35% contained, the Woolsey Fire had already burned 83% of the National Park lands in the Santa Monica Mountains National Recreation Area. The sweeping Las Virgenes, Cheeseboro, and Palo Comado Canyons – sites of some of the best wildflowers and most peaceful hiking in Southern California: burned. The historic and charming Paramount Ranch – listed as a unique and important American Cultural Resource in the Rim of the Valley Corridor report from 2015: burned. Malibu Creek State Park – a training and proving ground for countless rock climbers: burned. The list goes on. 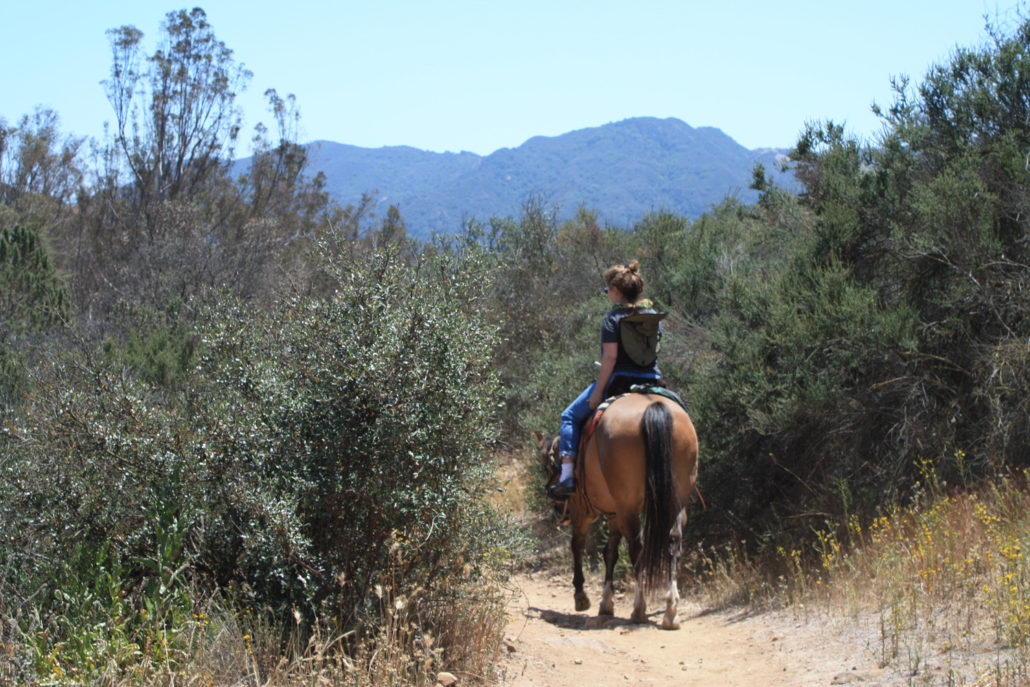 Place Attachment is defined as the unique emotional bond between person and place. If you learn something new or have an incredible experience in a certain place, the theory goes, you’ll become more attuned to that region and care more about it. Place Attachment is the soil that lets us put down roots, learn about our landscapes, and build communities.

If you’ve spent time in these mountains, Place Attachment is also why it feels like you’ve lost something incredibly important to you even if your situation doesn’t even come close to approaching the scenes of full-on neighborhood and city destruction on the news. You remember camping trips, birthday parties, discovering new stories, or hearing an inspirational ranger talk in these places. Maybe for you, like me, they’re places where you literally learned to hike and love the outdoors for the first time.

At times like these, it can be easy to fall into despondence. It’s OK and healthy to mourn for a place, but it’s important to remember that mourning is in many ways just an attempt to hang on to something that was always going to change one way or another. A lot of us felt similarly when the Station Fire destroyed an enormous swath of the San Gabriel Mountains about a decade ago. Now we can enjoy most of those trails again. They’re not the same – and they never will be – but we can appreciate what we had and what we have right now.

There is hope for the Santa Monica Mountains, too. This landscape has adapted to live with wildfires over thousands of years and careful indigenous tending. Although our fires have more fuel to burn and our climate is getting hotter and drier, there’s at least a fighting chance that the chaparral, sage scrub, and oak savannah will come back in some form. We might even get to see some incredible wildflower displays, too.

Back in 2013, the Springs Fire burned over 24,000 acres in the western Santa Monicas around Point Mugu State Park (an area that seems to have been mostly spared by the Woolsey Fire). Hikers reeling from the multi-year closure of much of the Angeles National Forest were pleasantly surprised that most of the Springs Fire burn area was opened just a few weeks after the blaze – and even more surprised to see that even that early, plants were recovering from the destruction. 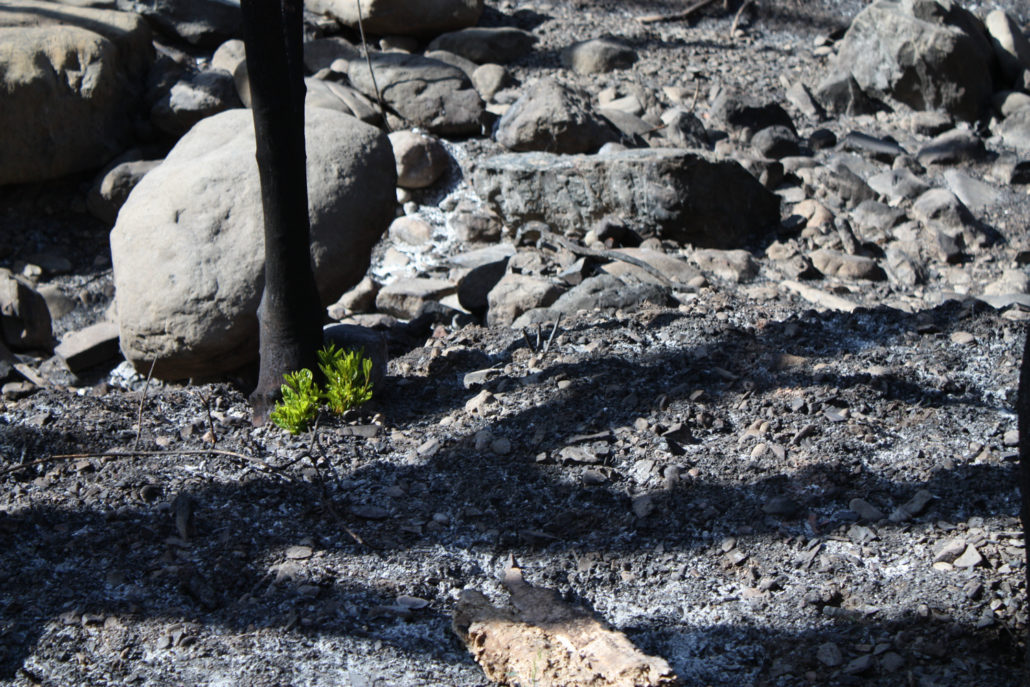 Regrowth after the 2013 Springs Fire

We’ll have to wait for the fire to be fully contained and for officials to survey the damage. Trails will need to be closed and repaired, infrastructure rebuilt, invasive plants removed and natives tended and supported. What’s lost will never be replaced, but it doesn’t have to be forgotten, either. Already, wildlife is returning to the burn areas. When volunteers are needed, I’ll be there. And when the trails re-open and you’re bringing new people into the mountains for the first time, you can be reinvigorated and rejuvenated watching them be inspired by the landscape just as you were – even though it’s not exactly the same one that inspired you.

Related: How you can help the burn area recover.