The Great Hiking Era: When Hiking Gripped SoCal In The 19th Century

“The city held me but a short time, for the San Gabriel Mountains were in sight, advertising themselves grandly along the northern sky, and I was eager to make my way into their midst.” -John Muir

Everyone knows LA is a a pretty huge hiking hub. Runyon Canyon is famous for its celebrity sightings, and experiencing the great outdoors in the big city is a novelty you just can’t ignore. But have you ever wondered when the phenomenon started? We can actually pinpoint it to a specific time period — The Great Hiking Era.

Between the 1880s and 1930s, the mountains of Southern California drew a barrage of hikers and nature-lovers to Los Angeles, including famous writer and naturalist John Muir. When a huge land and real estate boom began in Southern California in the 1880s, the sudden influx of settlers and tourists meant that once-ignored aspects of the area were suddenly being explored in droves, especially the stunning and unique San Gabriel Mountains.

When John Muir visited at the end of the century, he wrote about his adventures in detailed letters to his friends that he later published, inspiring locals and tourists alike to explore the mountains for themselves. Tourist hikers became so prevalent in the area that camps built specifically for them started popping up all over SoCal — the first one opened in 1884 in the Arroyo Seco Canyon, near Altadena. This camp, built by Commodore Perry Switzer and later renamed “Switzer-land” offered humble lodgings, which included a log cabin, a few tents, and some mules-for-hire. It became so popular, it even attracted celebrities like Shirley Temple and Clark Gable. You can still hike through its ruins today. 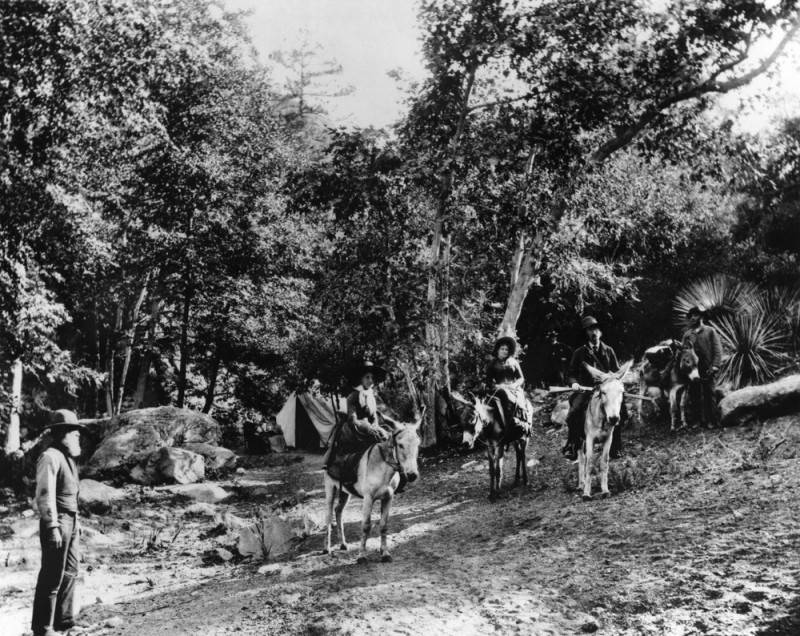 Newspapers touted Southern California as an outdoorsman’s paradise. The Los Angeles Times wrote of Southern California in 1889:  “Can a man in health… ask for any better home? The fact remains that outdoor life is possible and enjoyable here for 300 days of every year.”

The boom grew into an explosion after 1893, when the Mount Lowe Railway opened lines in the foothills above Altadena, with access to various prominent hiking spots. Hiking resorts were filled to capacity, and the San Gabriel Mountains were crawling with hikers seeking their great adventures. By the 1910s, hiking gear was carried in what became the first iteration of sporting goods stores, and newspapers covered hiking trails, expeditions, local clubs, and even popular hiking attire. 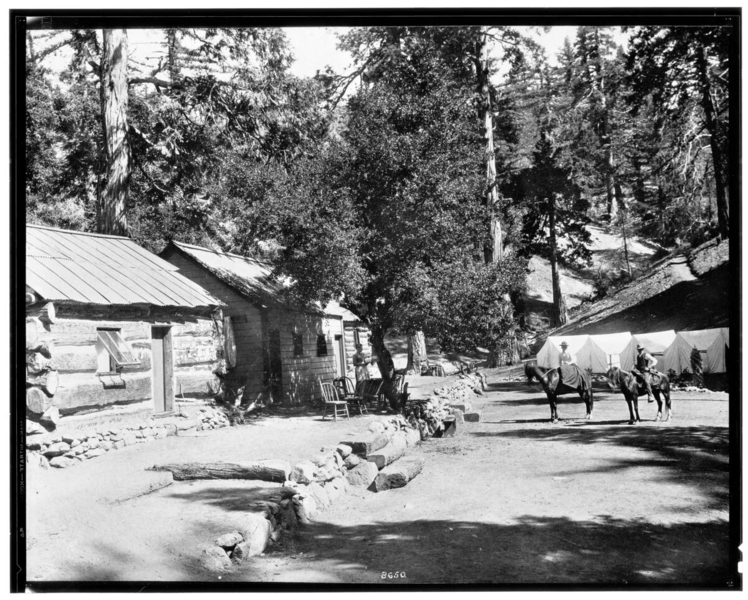 The health benefits of hiking were also touted, and seen as appropriate not only for rugged men, but for women and children as well. And for those who didn’t feel like taking to the mountains, walking around gardens in large estates in the heart of Los Angeles was also a popular form of exercise and leisure. Public parks also expanded during this time, with MacArthur Park being one of the nicest parks to promenade in. Think men in fine suits with canes, women in bustling white dresses and big hats, strolling around the park, taking in the sun. Griffith Park opened in 1896, and Huntington Gardens opened in 1928, shortly before the boom fizzled out. 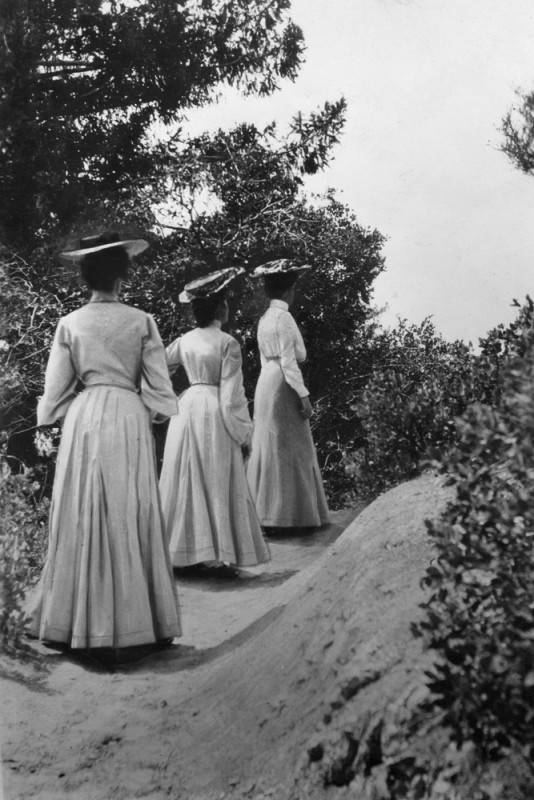 Although the construction of the Angeles Crest Highway saw most mountain visitors trading mule trains and backpacks for the private automobile, leading to the demise of all but one of the Wilderness Resorts, the history is still all around us. Many of the hiking trails we use today were once the same trails that those during the Great Hiking Era once took. Mount Baldy was one of the most popular spots, and is only a short drive now from Los Angeles. The old camps and cabins built for tourist hikers still stand at Big Santa Anita Canyon. The city and its surrounding mountains are resplendent with hiking trails, all waiting to be explored. The era may have died down, but there’s certainly still a strong level of love for hiking in Southern California, and that will most likely never change. As long as we keep our adventurous spirits, and California keeps its sunshine, these trails will see many more boots for many more years to come.