Reasons to Visit Death Valley in the Spring

Here’s a tip: If you are hankering to visit Death Valley this year, go soon. Savvy hikers are wise to explore the lower 48’s largest national park (3.37 million acres, 1.1 million larger than Yellowstone) while weather conditions are benign.

February’s average daily high temperature is a hospitable 73°F (23°C). Yet by May, the average high reaches 100°F (38°C)—the first of five consecutive months where the average daily high is stuck in triple-digits, meaning parked vehicles risk a steering wheel meltdown. (It’s been like that for eons, too. According to one legend, the region got its name in the 1800s after a surviving member of a group of gold prospectors, lost in the valley but later rescued, exclaimed while leaving, “Goodbye, Death Valley!”) In July the average high climbs to a feverish 116°F (46.7°C). Wow.

Another item of thermal interest: In 2018, Death Valley posted earth’s hottest month on record, where the cumulative reading of high and low temps averaged 108.1°F (42.2°C). That is mighty, mighty toasty. So if DV is a must-see for you, consider making plans to visit this spring.

More reasons to visit Death Valley in the Spring:

Dark Sky Festival, Feb. 21-23: The International Dark-Sky Association designated Death Valley a dark sky park in 2013, awarding it Gold Tier status (highest rating of darkness). The event is a collaboration between the park, the park’s national history association, NASA, JPL, even SETI (Search for Extraterrestrial Intelligence), among other out-there organizations.

National Park Traveler reports volunteers from two astronomical societies (Las Vegas and Riverside) will make telescopes available for public viewing during the first two nights, and accomplished astrophotographers will be on hand to provide tips on night-sky photography. All events are free, though the park’s $30 entrance fee is still required.

Star Wars connection: Episode IX of the Star Wars saga, The Rise of Skywalker, did huge box office after its December 2019 release, prompting the movie’s most devoted fans to recall that scenes from two early episodes of the series were filmed in Death Valley. 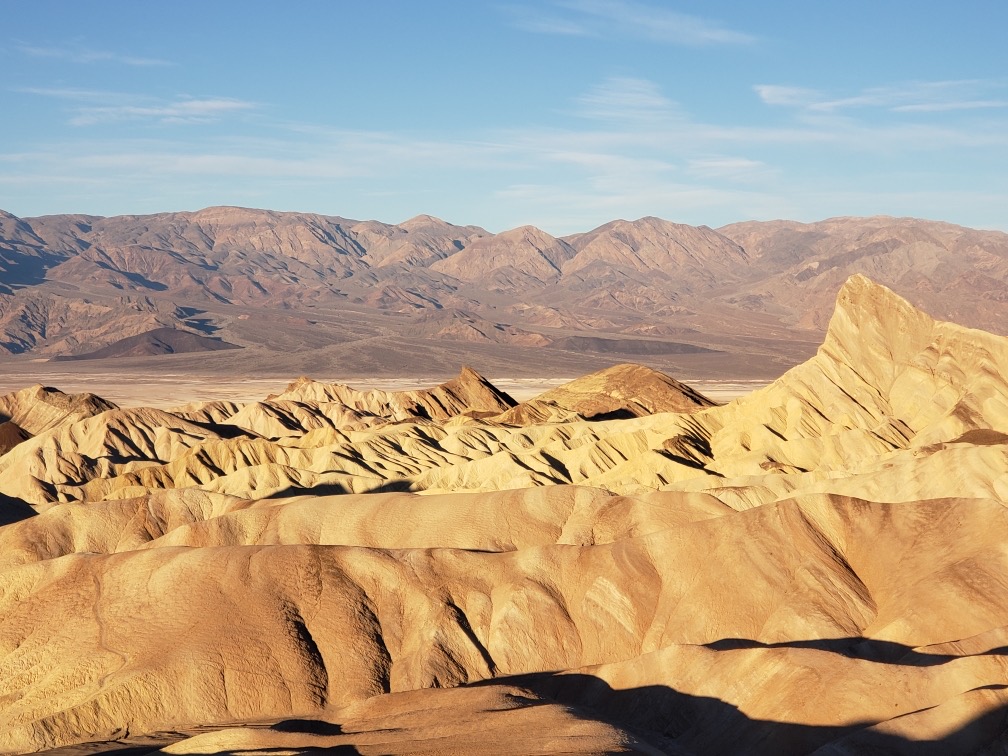 The 1977 original, A New Hope (technically identified as episode IV), and 1983’s Return of the Jedi (episode VI) used portions of the park as backdrops for multiple scenes. Filming in Death Valley involves much greater restrictions these days, but the park was quite accommodating decades ago.

No significant, instantly recognizable park features are on display in either film, and pinpointing exact locations is a demanding, if not impossible task. But for dedicated fans who want to try and stand in the tracks of R2D2, refer to a guide created by desert enthusiast Steve Hall.

Hall and some friends performed some prolonged research, then decked themselves up as film characters to pay homage to the landscapes seen in the two episodes. Only true Star Wars zealots are likely to make the effort to get to make their visit to Death Valley as precise as Hall and his buddies did. But if that’s you, have at it.

Hikes and drives: The park’s website points out six general areas where the filming occurred. The most interesting areas for hiking are the classic Golden Canyon-Gower Gulch-Zabriske Point loop (6 miles), a 3.6-mile out-and-back walk/scramble into Desolation Canyon, which more or less parallels popular Artist’s Drive with a trailhead off Badwater Road (roughly six miles south of Furnace Creek), and trail-less ambles on the Mesquite Flat Sand Dunes near Stovepipe Wells village. Note that colorful Desolation Canyon includes two dry falls (eight and six feet high) that can be tough to navigate, especially on the return trip, when hikers must descend the falls. Footholds and handholds are scarce, so many people stop at the first (eight-foot) dry fall, about one mile in.

Three other sites are accessible by passenger vehicles: Artist’s Drive (a nine-mile, one-way paved road), Twenty Mule Team Road (a bumpy but passable 2.5-mile dirt road through gold- and mustard-colored hillsides; the entrance lies a short distance south of Zabriske Point on state route 190), and Dantes View, a paved, 13-mile road that begins just inside the park’s eastern boundary on 190 and leads (steeply near its end) to a 5,475-foot viewpoint where the long-distance scenery is most memorable early or late in the day. 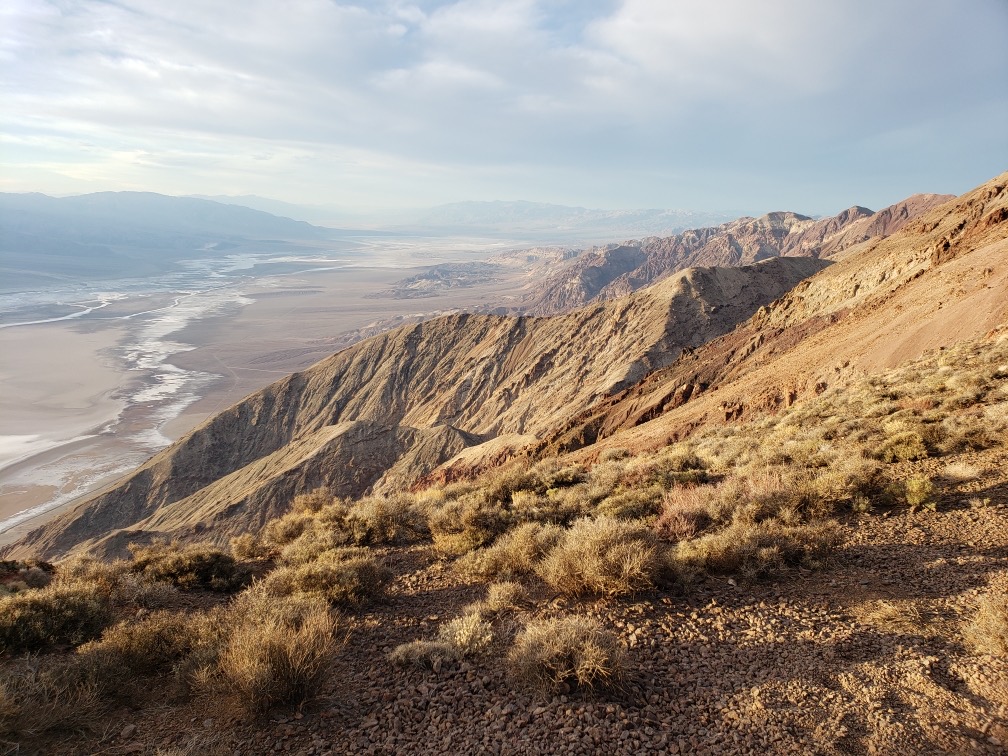 The vista from Dantes View

The road to Dantes View was closed due to snow and ice for several days during my late January visit, but it has since reopened. This provides a reminder that unpredictable events can occur on park roads, so take caution when driving them. As spacious as the park and its paved byways seem, four significant crashes occurred in Death Valley in late December and early January. That’s a reminder to stay alert when driving the roads, particularly at night.

Also note: The road in the park’s far north end (near the Grapevine station) that leads to Scotty’s Castle (and U.S. 95 in Nevada) remains closed due to damage caused by a 2015 flood. It, along with public access to the castle, will not reopen until fall 2021.

Many other hiking opportunities are available in Death Valley. February (and early spring) is a good time to check them out.

Terry Wood is a long-time contributor to The Seattle Times.