At a time when National Monuments are under attack and Congress is considering a number of bills attacking public lands and the health of the environment, the mountain biking community has allied itself with anti-parks Republicans led by Rep. Tom McClintock (R – CA) and Sen. Mike Lee (R-UT) in an attempt to gut a key provision in the landmark 1964 Wilderness Act.

The change targets a clause that prohibits mechanical transport in wilderness areas. The bills designated as HR 1349  in Congress and its Senatorial counterpart introduced by Sen. Lee would allow local agencies to decide whether to permit mountain bikes in wilderness areas where they have historically been forbidden. Rep. McClintock introduced the bill to the House of Representatives in March of 2017, and although it has gone no further than introduction in the House, the Sustainable Trails Coalition (STC) continues to rally support from the mountain biking community with unintentionally divisive consequences.

For those not familiar with the Wilderness Act, the clause in the STC’s crosshairs forbids all forms of mechanical transport:

“There shall be no temporary road, no use of motor vehicles, motorized equipment or motorboats, no landing of aircraft, no other form of mechanical transport, and no structure or installation within any such area.”

For the mountain biking community, this prohibition has denied cycling access to over 110 million acres of public land and as well as millions more acres of Wilderness Study Areas (WSA) (‘Wilderness Study Areas’ are regions set aside by land management agencies for potential designation as Wilderness. Sometimes they become Wilderness by act of Congress, other times they don’t — and in the meantime some places are basically managed as Wilderness areas while others allow for continued non-Wilderness uses like mountain biking – Ed.). In some cases, bikers who have ridden on and cared for pre-wilderness land have suddenly lost access when it receives WSA or wilderness designation. Citing decades of frustration and unfairness, a large portion of the mountain biking community supports the proposed change to the act, and local associations have mobilized to lobby politicians on their behalf. Mountain bikers also assert that they are exceptional trail stewards that will care for the wilderness areas at a time when public agencies are low on cash and struggling to maintain trails without volunteer efforts.

While all of the above is undoubtedly true — mountain biking groups are responsible the repair of huge swaths of trail in the San Gabriel Mountains damaged in the Station Fire, for instance — and there is definitely a case for empathy with riders who have lost access, the most crucial part of their argument and the basis for everything that they’re doing – that Congress never intended to omit human-powered travel – is flatly false. The wording of the Wilderness Act is crystal clear regarding mechanical transport, whether it’s human-powered or not. It’s so clear in fact that in 1966 when the Forest Service interpreted the Act in their policy manual to allow bicycles in its wilderness areas, the Oregon Law Review pointed out that the Forest Service can’t make its own interpretations when the law is already so clear (scroll down to Page 5).  Even the founders of the Wilderness Society, who began advocating for wilderness protection 30 years before the 1964 act, was explicit with their intentions from the beginning, stating “The dominant attributes of such areas are: first, that visitors to them must depend largely on their own efforts and their own competence for survival; and second, that they be free from all mechanical disturbances.” 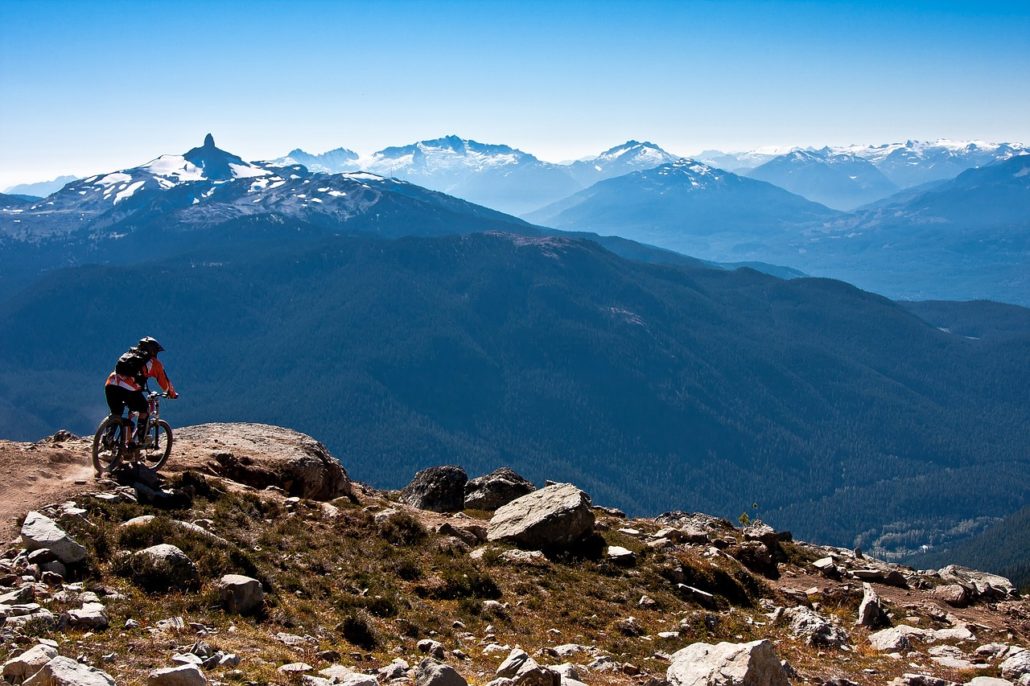 As a result of their controversial assault on the machine-prohibition, the bills have created division in the outdoor community. Conservation groups have come out against HR 1349, and even the International Mountain Biking Association (IMBA) opposes the bill. Local mountain biking associations have begun splintering from IMBA, stating the organization doesn’t represent their interests even though IMBA takes a more pragmatic course of pursuing alternative-use designations such as National Recreation Areas.

The creation of numerous associations at cross-purposes dilutes the mountain biking community’s impressive organizational strength as well as the overall organizational strength of the outdoor community. The conversation surrounding the bill strengthens artificial divides between mountain bikers and other trail users. Social media battles of dueling “whataboutisms” lead to finger-pointing over who uses public land in the most responsible or irresponsible way, with bikers sniping about “hiker privilege” and hikers counting tire tracks on the “Perfect Cycling Trail” (PCT).

Worst of all, the STC has shown no compunction in allying with some of the politicians leading the attack on public lands.  Rep. McClintock, the original bill’s author, has earned himself a lifetime 4% rating from the League of Conservation Voters, a watchdog group that tracks voting records on environmental issues. McClintock has opposed clean water and air measures, wildlife protections, public input on public land issues, recognition of climate change as a national security threat,  recognition of the cost of climate change, and the ability of the President to designate National Monuments. Sen. Lee isn’t much better, as he has a lifetime 8% rating from the League of Conservation Voters, and he recently lauded Secretary Ryan Zinke’s recommendations to shrink National Monuments within his own state. In the last year, he co-sponsored six anti-parks bills, introduced legislation to weaken the Endangered Species Act, and sponsored four anti-parks amendments to budgets, including some that would sell off public lands, prevent new National Monuments, and block existing parks from access to the Land and Water Conservation Fund — something that was literally created to fund parks and public recreation.

Are these the types of “friends to the outdoors” the STC and associated mountain biking associations want to ally with just to get some single track trails in wilderness areas? 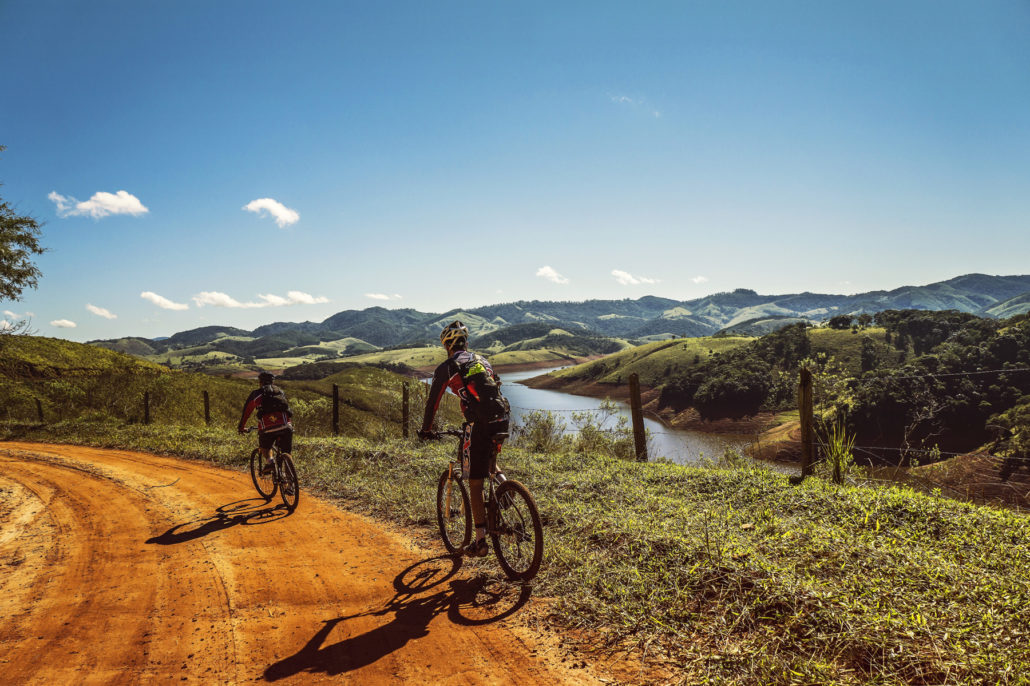 It’s a shame that organizations that have shown so much promise and success advocating for public lands would turn around and weaken them by making a Faustian bargain with anti-parks Republicans to suit their own desires. While it is undoubtedly frustrating to not be able to enjoy all public land in the exact way you want to, wilderness exists for a reason: to spare the last bits of undeveloped land from the unceasing mechanization of mankind. Where else can you leave civilization behind to experience the world in as close to a pristine state as it’s possible to get? Is being able to ride a bike on a previously forbidden trail more important than ensuring we never lose wilderness areas by inadvertently weakening their protection?

Supporting these bills and the drive toward changing the second most important conservation act in human history is the wrong move at the wrong time for the wrong reasons. For anybody concerned about the potential passage of these bills and subsequent erosion of the Wilderness Act, there are steps to take. You can contact your district’s representative and state your opposition to the bill. You can definitely contact Rep. McClintock’s office to share your opposition.

But most importantly of all, vote. The June 5th election is right around the corner. Research your candidates and vote for the one most likely to value public land (which will probably also go hand in hand with valuing things like the environment). The most effective way to oppose this or any other measure like it is to vote out the anti-park Republicans.