The action was not unexpected by environmental and public lands groups, and the first lawsuit against Trump’s proclamation was filed on the same day by lawyers from EarthJustice, who are representing eight of the eleven different groups suing President Donald Trump, Secretary of the Interior Ryan Zinke, and Bureau of Land Management Director Brian Steed. Later on the same day, the five sovereign tribes of the Bears’ Ears Inter-tribal Coalition filed suit against the same via the Native American Rights Fund and also included Secretary of Agriculture Sonny Purdue and Chief Forester Tony Tooke as additional defendants.

What do the lawsuits say?

How are the lawsuits similar?

Although the specifics of each lawsuit do differ, both place significant weight on Trump’s violation of the Antiquities Act, which grants the President “limited authority” to “declare” and “preserve” National Monuments, but does not explicitly give the President the authority to abolish existing Monuments (more on this later). Both lawsuits also allege Trump has violated the United States Constitution’s Property Clause, which states that Congress has the exclusive power to govern federal lands — and both suits note that Congress has repeatedly affirmed its sole jurisdiction in the ability to alter or abolish National Monuments.

What’s in the Grand Staircase-Escalante Lawsuit?

Legal arguments clarifying the Antiquities Act need to be broad — the Act is over a hundred years old and has been used to establish over 150 National Monuments all across the country (and its oceans, too). While the arguments in both lawsuits have cited precedents to bolster their claims that the Antiquities Act does not give the President the authority to undo previous Monuments by proclamation, each lawsuit focuses on issues specific to their concerned Monuments in an attempt to narrow the argument and make a cleaner case. 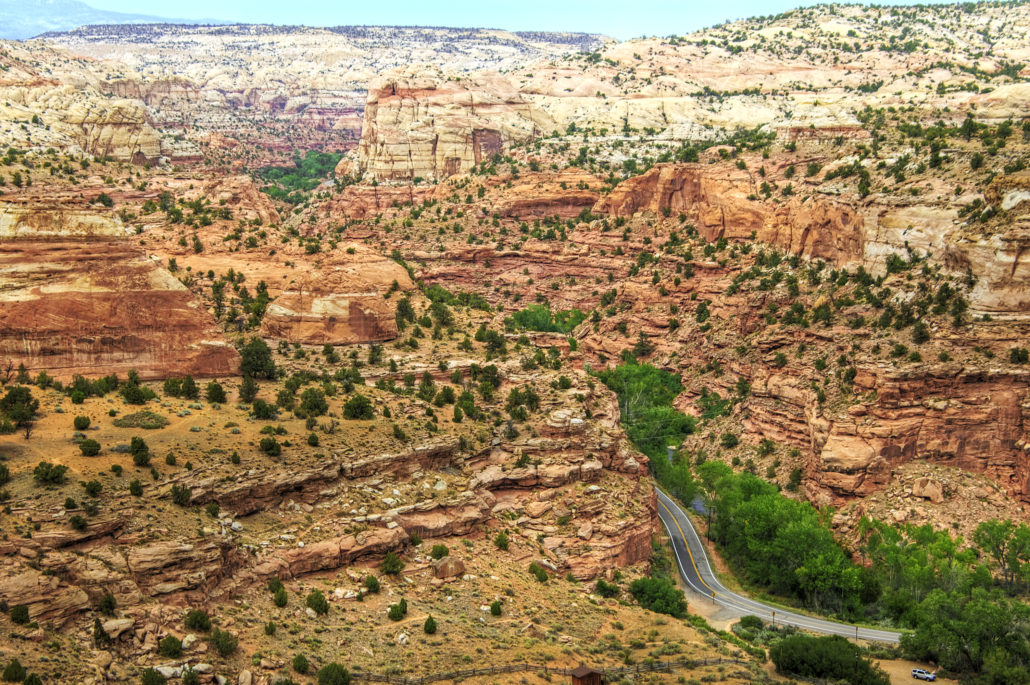 In the Grand Staircase-Escalante case, the lawsuit alleges that in addition to violating President Clinton’s use of the Antiquities Act, the Trump Proclamation also violates several additional laws passed by Congress. The 1998 Automobile Natural Heritage Area Act and Utah Schools and Land Exchange Act both added land to the existing Monument and confirmed its existence. In addition, the 2009 Omnibus Public Land Management Act established the National Landscape Conservation System to allow the Bureau of Land Management to administer Grand Staircase-Escalante as a National Monument.

This is why this particular lawsuit is also alleging the President is in violation of the Constitution’s Take Care Clause, which states the President has a duty to ensure laws are faithfully executed. With the Trump Proclamation, the lawsuit claims, Trump is attempting to legislate and repeal existing laws by decree — and that’s not how our government is designed to work. Of the 900,000 acres removed from Grand Staircase-Escalante by the Trump Proclamation, 80,000 of those acres were added by Congress — not by Presidential proclamation. They’re basically saying, “even if the Antiquities Act allows a President to undo the actions of a previous President (which we don’t think it does), Trump’s actions here are also breaking several laws passed by Congress, which is definitely not a power given in the Antiquities Act or in the Constitution.”

The Grand Staircase-Escalante lawsuit also alleges the Trump Proclamation “lacks legal or factual justification.” If you’ve ever read or heard a proclamation establishing a National Monument, you know they are really, really long. There’s a reason for this — according to the Antiquities Act, in order to establish a Monument by decree, the President has to specify certain Objects within the Monument that are deserving of protection, as well as provide guidance for the final boundaries of the Monument, which are to be “the smallest area compatible with proper care and management of the objects to be protected.” The original proclamation for Grand Staircase-Escalante by President Clinton defined these Objects over 1800 words. Trump’s Proclamation removes land but doesn’t seem to give reasoning other than “you can see some of this stuff in other places” — a notion that also ignores the fact that things like “visual landscapes” and “complete watersheds and ecosystems” have been acceptable Objects protected by the Antiquities Act before.

Their five claims are:

What does the Bears Ears Lawsuit Say?

The Bears Ears suit follows the Grand Staircase-Escalante lawsuit in citing congressional legislation that affirms Congress withheld the power to abolish monuments for itself, but adds a few noteworthy cases and opinions, including a 1938 opinion by the Attorney General. The 1976 Federal Land Policy and Management Act confirmed this limitation on the President’s ability to revoke monuments, they say. That House committee report on that law stated it “would also specifically reserve to the Congress the authority to modify and revoke withdrawals for national monuments created under the Antiquities Act.” In fact, the Government argued this exact point on this law in 2004, where they stated “Congress intended that national monuments would be permanent; they can be abolished only by Act of Congress.” Congress has given the President the power to alter public lands in the past, but it has always done so explicitly – as it did in several laws that pre-dated the Antiquities Act like the General Revision Act of 1891 and the Forest Service Organic Administration Act of 1897. Since the Antiquities Act came after these other acts, the lawsuit states, if Congress had wanted to give the President the authority to undo a Monument, it would have said so in the Act itself.

In an impressive bit of legislative judo, the Bears Ears Lawsuit also asks, “if the President has the power to revoke National Monuments in the Antiquities Act, then why did Utah’s Rob Bishop introduce a bill in October, 2017 that specifically gives the President that power?” 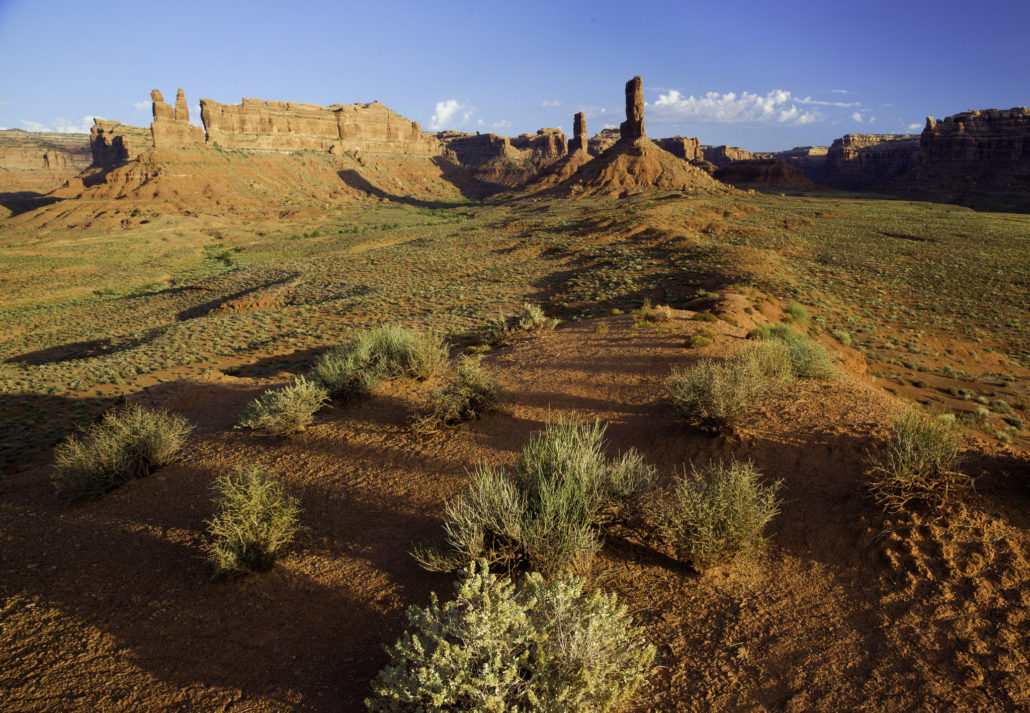 The Bears Ears Lawsuit also takes a lot of time to establish the extensive process that went into establishing the monument, noting the Obama Administration went above and beyond what it was required to do in order to issue a proclamation, the tribes’ ongoing frustration with Utah state officials, and the use of “Traditional Knowledge” (cultural oral histories) as a specific Object to be protected in the National Monument and basis for establishing its boundaries. Obama’s proclaimed monument was already smaller than what the Tribes had initially proposed. With Trump’s proclamation, 85% of Bears Ears would be reduced, exposing “tens of thousands of cultural objects and artifacts” to outside threats.

The Bears Ears Lawsuit accuses Trump of violating the Constitution’s Presentment Clause — which states the President has no powers to enact, amend, or repeal statutes in legislation (as opposed to Executive Orders) — as well as the Property Clause, which was discussed earlier.

The tribes also accuse the Department of the Interior and Department of Agriculture of violating the Administrative Procedure Act by failing to continue the Monument Management Plan process begun by the Obama Administration after Trump’s inauguration.

Their four claims are:

What can I do to help protect these Monuments?

We spoke with Drew Caputo, the Vice President of Litigation at EarthJustice and asked him what people can do to help. He recommended the following actions:

We also recommend reading up and staying informed on this issue — as it’s going to come in fits and bursts and there’s likely to be lots of dense information. We’ll do our best to keep translating this stuff into plain English, but if you have any questions let us know here or on social media and we’ll try to figure them out for you!

UPDATE: The Department of the Interior put out a press release fact-checking the overwhelmingly negative response to their attacks on National Monuments … so we gave their fact check a fact-check of its own.