The group of anonymous artists behind the controversial Griffith Park Teahouse on Taco Peak and Petal Drop LA are announcing a new project this evening, aimed at highlighting some of the regions burned in the recent La Tuna Fire.

The project — called Lost and Found LA — is a temporary public installation along a hiking trail inspired by the Japanese practice of kintsugi — the art of repairing broken pottery with lacquer filled with gold as a way of highlighting the history of an object instead of simply covering over it and pretending damage never existed.

Lost and Found LA will include a series of temporary installations along the trail as well as a series of biodegradable, environmentally-friendly gold dustings illuminating cracks in the landscape and trees caused by the recent fire. 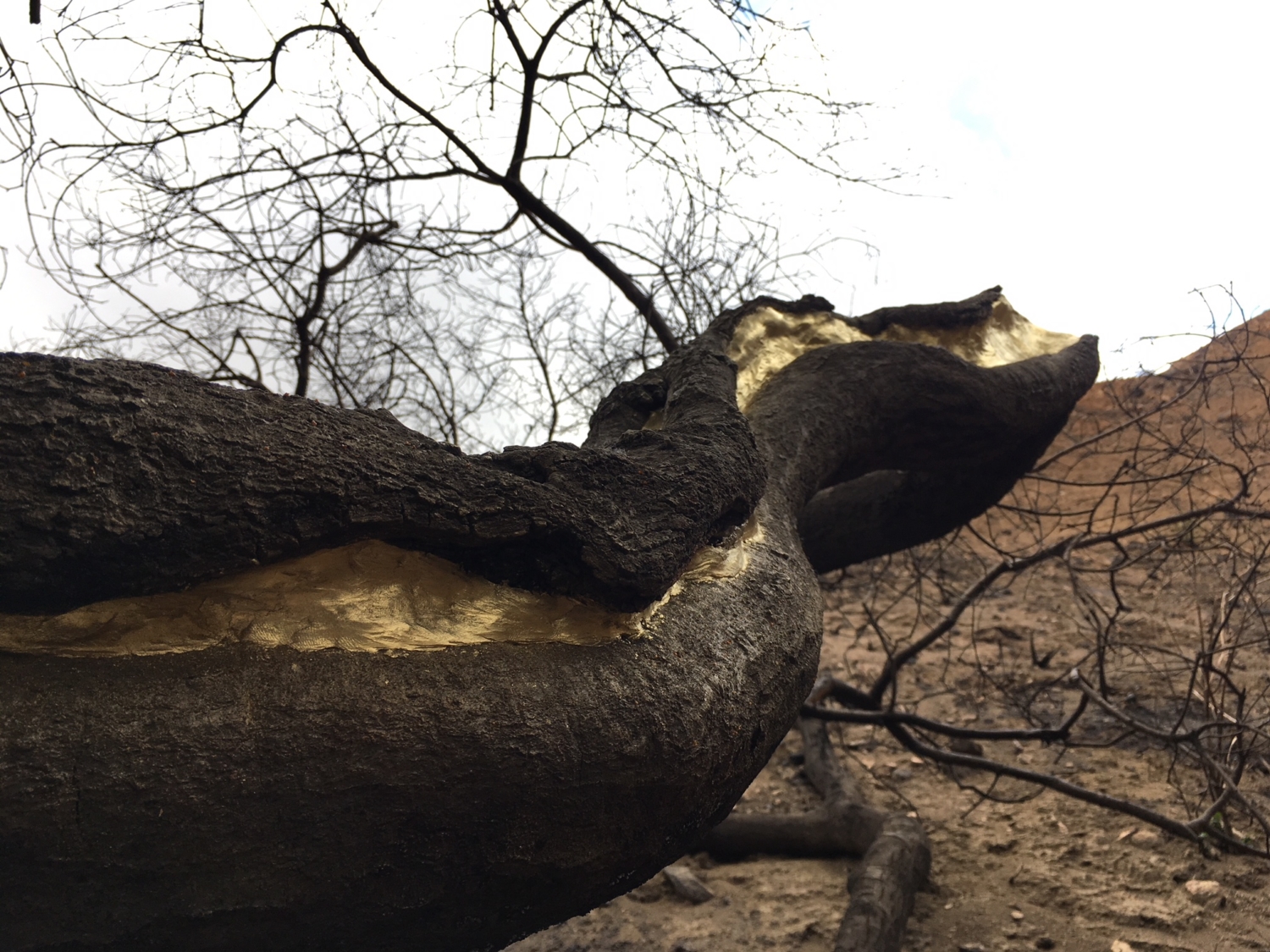 The artists reached out to Modern Hiker and noted in their press release that “philosophically, kintsugi treats breakage and repair as part of the history of an object—something to note and remember, rather than something to hide or forget. In marking something broken with gold, kintsugi literally illuminates the damage, embracing the flaws as a meaningful part of an object’s past. This temporary, interactive installation will invite visitors into a rare and changing landscape, full of elements of surprise.” 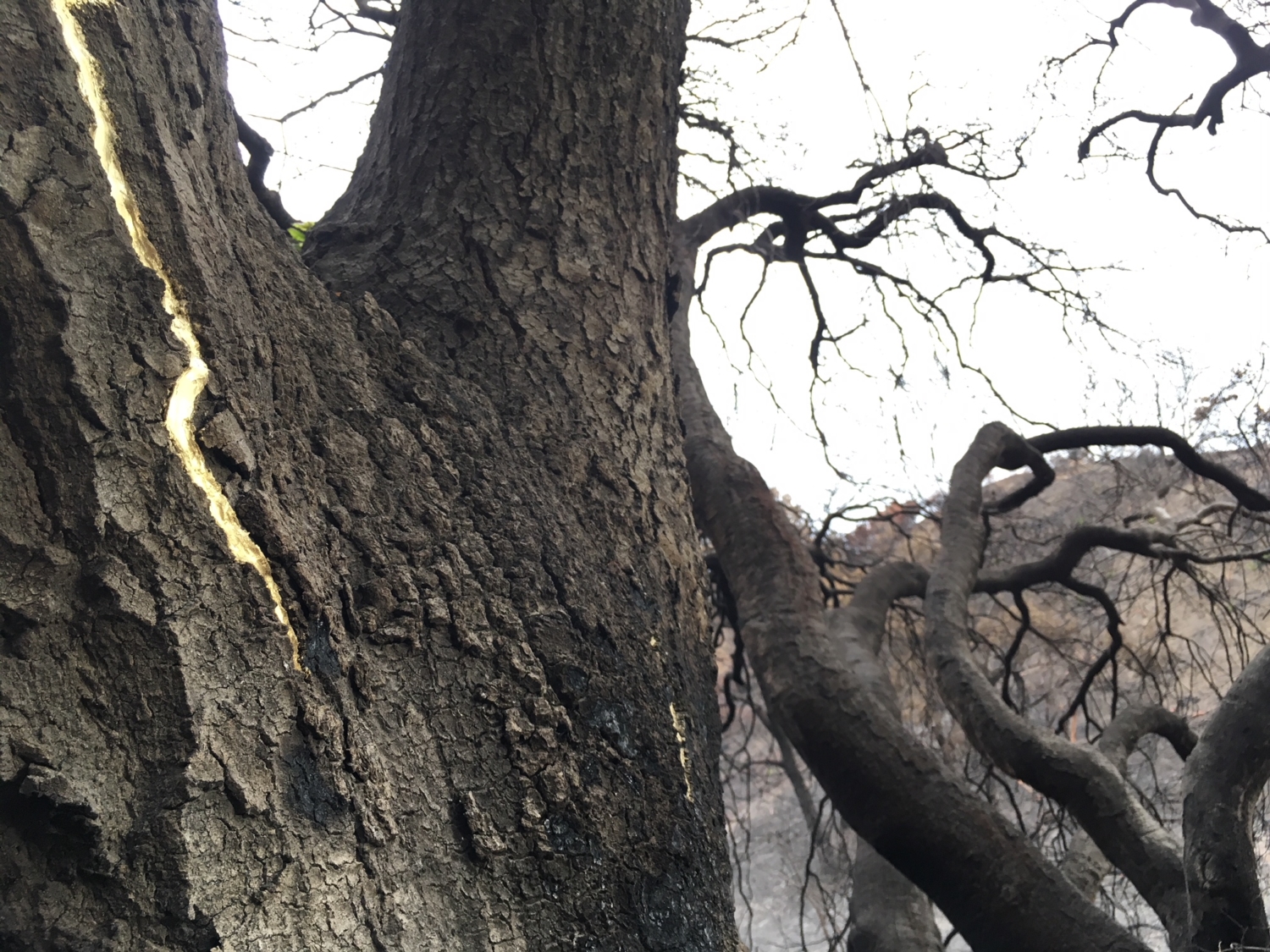 The artists did receive permission from the land owners where the installations will be.

The installation is best visible in full sun (they recommend from 9AM to 3PM), and the trails are not open during the evening hours. The installation will be on display from November 4-12. More information can be found at their web site or on social media. We will update this post when the location is announced.