On July 5th, 2022, Los Angeles cyclists celebrated a big victory when officials closed down a 3/4 mile stretch of Griffith Park Drive to traffic. The decision came on the heels of a tragic accident back in April, when cyclist Andrew Jelbert was struck and killed by a speeding car. We’ve discussed before the importance of increasing bike safety in Griffith Park — and it seems like officials are finally listening. The most recent road closure is part of a pilot program intended to protect not only cyclists but hikers, joggers, equestrians, and anyone enjoying Griffith Park outside of their car.

The closure consists of a three-quarter of a mile patch of the north end of Griffith Park Drive, near the 134 Freeway. Currently the road closure is temporary, as officials test out the program and gather data on how well it works. And it will take a lot more than less than a mile of road closures to make Griffith Park safer for pedestrians, cyclists, and others. According to Department of Recreation and Parks, more than 8,500 cars pass through Griffith Park each day. Although it’s not designed as a high speed or high capacity road, Griffith Park Drive can serve as a shortcut when traffic backs up on the 134 Freeway and the 5 Freeway, it’s no surprise that cars are overrunning the park. To really see major change, protected bike lanes are a must, as well as speed bumps and stop signs to reduce speed.

Councilmember Nithya Raman, whose office represents Griffith Park, commissioned a study of the park’s transportation infrastructure and its areas for improvement for cyclists, pedestrians, and equestrians. You can see the full report here. Frequent visitors to the park will not be surprised to learn that Griffith Park has many, many places with room for improvement. It is heartening to see how many potential improvements could soon be implemented in Griffith Park and to know the Councilmember’s office is taking an in-depth and holistic approach to this project. It’s also nice to see that some of the more radical measures we had suggested — like closing access to the park from some of the nearby freeway off-ramps — are also being considered. 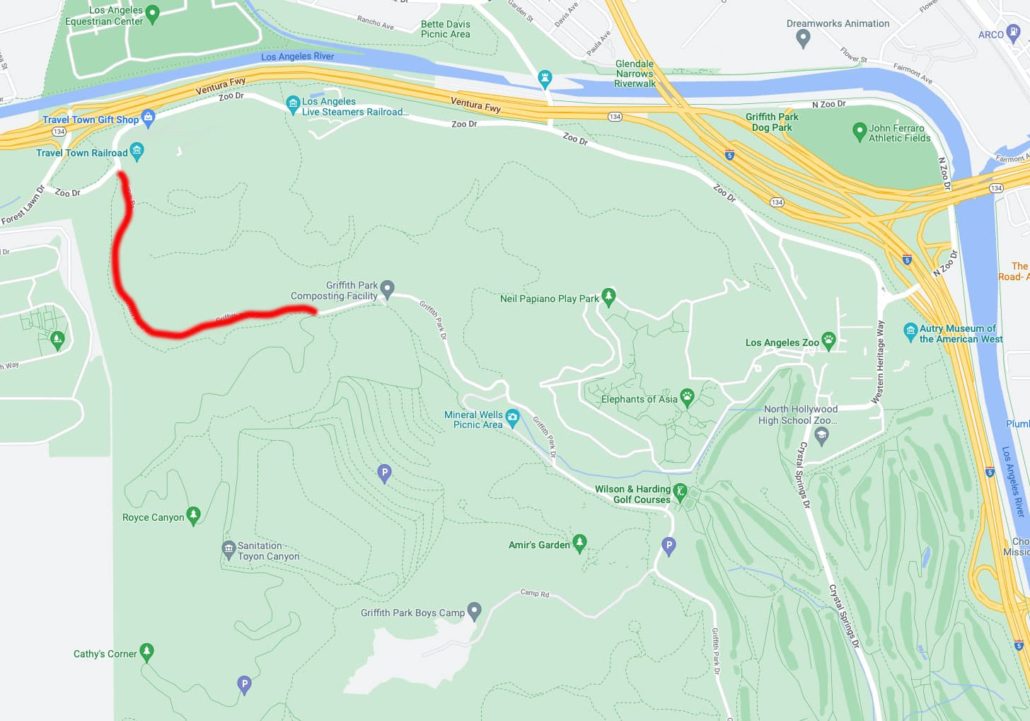 Only time will tell if the program will continue, after the pilot program ends on July 18th. Hopefully, it’s an indication of more positive change for L.A. cyclists and pedestrians. After all, Griffith Park is just that — a park. Not a freeway, not another convenient shortcut, but a place for people to get out and enjoy nature. And it should be a safe place to do so, a place where Angelenos can congregate and take in the sunshine without fearing for their lives, or at the very least being on edge, constantly looking over their shoulders for speeding vehicles. Reform is coming, and this is just a small victory in the pipeline of more victories we can hope to see in the future.