Garcetti’s recommendation for the gondola fully supports the work of the Tourism Master Plan Steering Committee, whose in-depth PDF was made available to the public via a press release. In a bit of unintended irony, the background of the photo in that press release features a portion of a view of the Hollywood Sign that would no longer exist if the recommendations were followed.

If you’re just hearing about the Griffith Park Gondola idea now, here’s a quick recap. Basically, because the Hollywood Sign is a major tourist attraction, its blamed for huge crowds trampling over people’s yards and jamming up residential streets that weren’t designed to carry that kind of traffic. Several years ago, some private companies (including the nearby Universal and Warner Brothers studios) had floated the idea of building a tourist attraction gondola and viewing deck into the park. When those plans fell through, the City took the helm on the project, claiming (without evidence) it would alleviate neighborhood traffic.

In 2020 Garcetti had gondolas on the brain (back in 2018 he was gung-ho on a Dodger Stadium gondola) and came out in favor of this Griffith Park project, trying to sell it as a transportation system instead of a tourist trap. I wrote about the many, many problems with this plan, calling it a solution in search of a problem and suggesting four much less disruptive common-sense solutions for Griffith Park instead. Shortly after Garcetti suggested the gondola, over 20 different community groups and former Councilman David Ryu came out in opposition. Ryu’s successor came out against the gondola before she was elected. The Griffith Park Gondola idea was quietly tucked away during the COVID-19 pandemic.

But those community groups won’t make money from a gondola. Indeed, the Committee’s 125 stakeholders include many representatives from tourism, hospitality, auto-and-air based travel, and real estate development companies but no conservation groups, no outdoor organizations, no wildlife organizations, no historic preservationists, no pedestrian groups, and no transportation groups that aren’t focused on private automobiles. If you’re wondering why you didn’t hear about this idea getting kicked around again, you’re not alone. The Committee only surveyed 909 Los Angeles residents (1500 visitors were surveyed, though), and the questions were broad inquiries about tourism in general. 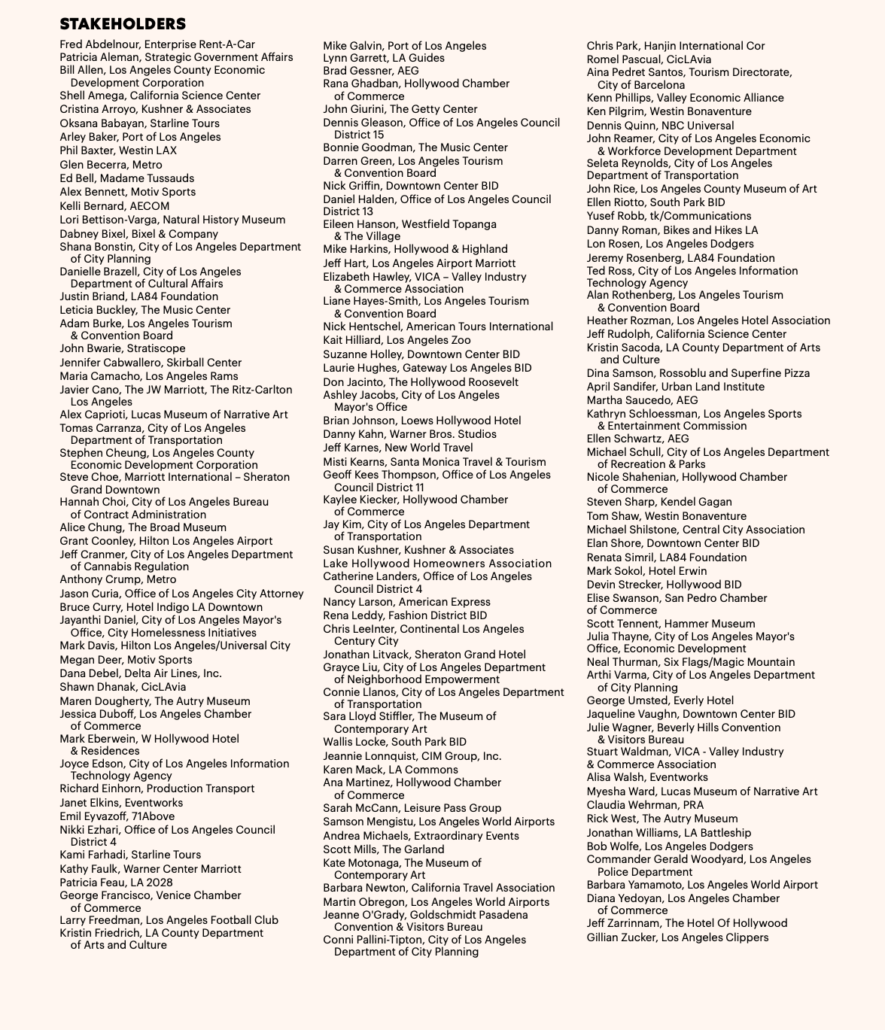 The stakeholders for the Los Angeles Tourism Master Plan

Oddly enough, it did. The Committee looked at the “I Amsterdam” sign, which was installed in 2004 and removed from its location in 2018 after becoming an Instagram hot spot and locals complained of overcrowding. I am not sure what the Committee learned from this case study, though, as Amsterdam decided to regularly move the sign around different locations within the city and did not, say, build a massive tourist trap in the middle of its largest public urban wilderness green space to bring people to the sign. 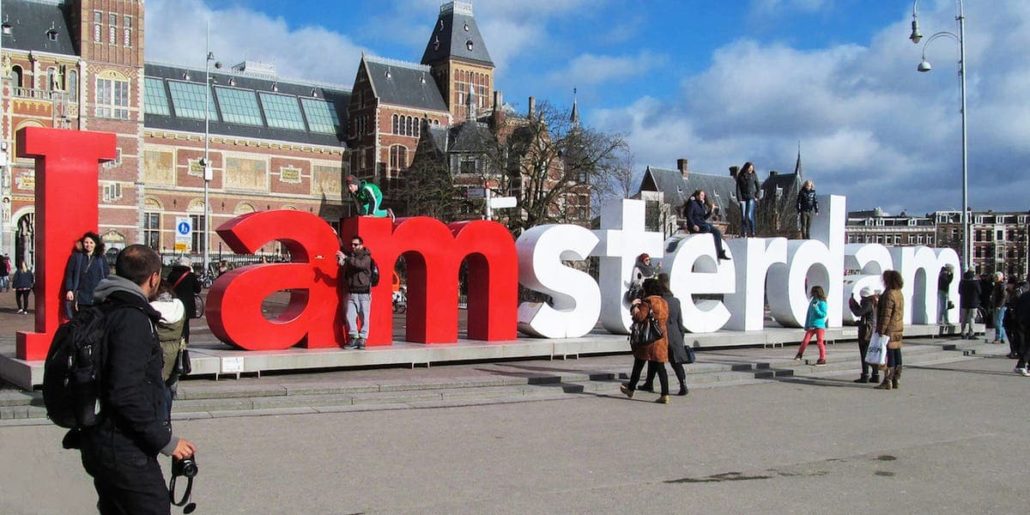 The ‘I Amsterdam’ Sign. Nobody built a gondola to this.

There are many aspects of this Tourism Master Plan that seems reasonable and productive. It is surprising that a city as large as Los Angeles does not have a more unified and user-friendly tourist message. According to the report, in 2018, Los Angeles tourism and travel contributed almost $24 billion to the local economy and supported over 530 thousand jobs. The Discover Los Angeles page offers up some blogger-style lists and articles (and an 80’s inspired aesthetic that I personally dig) but visitors to the city are often just sort of left on their own once they get here. I do think Los Angeles could benefit greatly by having some centralized info stations and I do think there is room for a Hollywood Visitor Center, I just think it should be in Hollywood Proper.

In this instance, though, the City of Los Angeles is looking at Griffith Park as a money-making venture and not as a park. It’s especially not looking at Griffith Park as its one and only central, accessible, urban wilderness park. L.A. does not have a sterling track record with its parks. Almost 40% of Angelenos still don’t live within a ten minute walk of a neighborhood park. Central Park (now Pershing Square) was turned into an eyesore cement parking garage. Westlake Park (now MacArthur Park) was cut in two by six paved lanes of Wilshire Boulevard. Elysian Park had Dodger Stadium dropped on top of it and there are still areas where pedestrians have to bolt across multiple lanes of traffic without crosswalks. Griffith Park — one of the largest and most visited urban wilderness parks in the country — has survived earlier blows, but it will continue to need protection from ideas like the Griffith Park Gondola.

What Can I Do about the Griffith Park Gondola?

It is still very early in this process. This is just a committee’s recommendations and now they have to do the tough work of community outreach (or at least more than 900 residents) to move forward. I will keep updating Modern Hiker with new information as it arises, but right now Friends of Griffith Park is compiling some reactions on their Facebook Page and on the comments to their official opposition statement from 2020.

You may also want to reach out to Iowa’s Senator Chuck Grassley, who keeps holding up Garcetti’s confirmation as Ambassador to India. 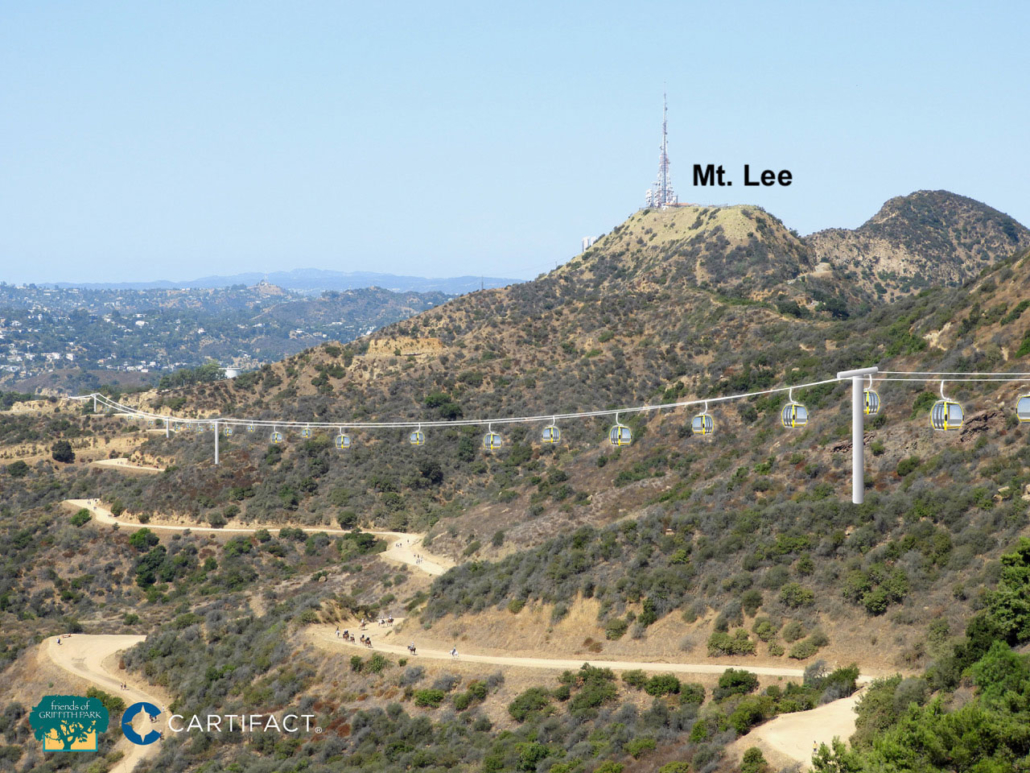 A rendering of one formerly proposed gondola route