The Lakes Trail is a popular route leads to a quartet of subalpine lakes situated in the upper reaches of Tokopah Valley. The four lakes in question – Heather, Aster, Emerald, and Pear – provide excellent frontcountry backpacking options with the kind of scenery that usually requires a lot more effort to reach on the western side of the range. The Watchtower Trail, which skirts the upper rim of Tokopah Valley and passes within a stone’s throw of the Watchtower, provides stunning views across the valley toward the Silliman Crest.

Many visitors come to the Lakes Trail seeking to backpack, although many also take the route as a dayhike. If you’re interested in backpacking, be aware that permits for this particular trail are first-come, first-serve with no reservations used at any point during the year. This cuts down on the time you’ll spend sitting by your fax machine on March 1st (the general start date for Sequoia/Kings Canyon permit submittal), but you will also have to play the early bird to get permits. 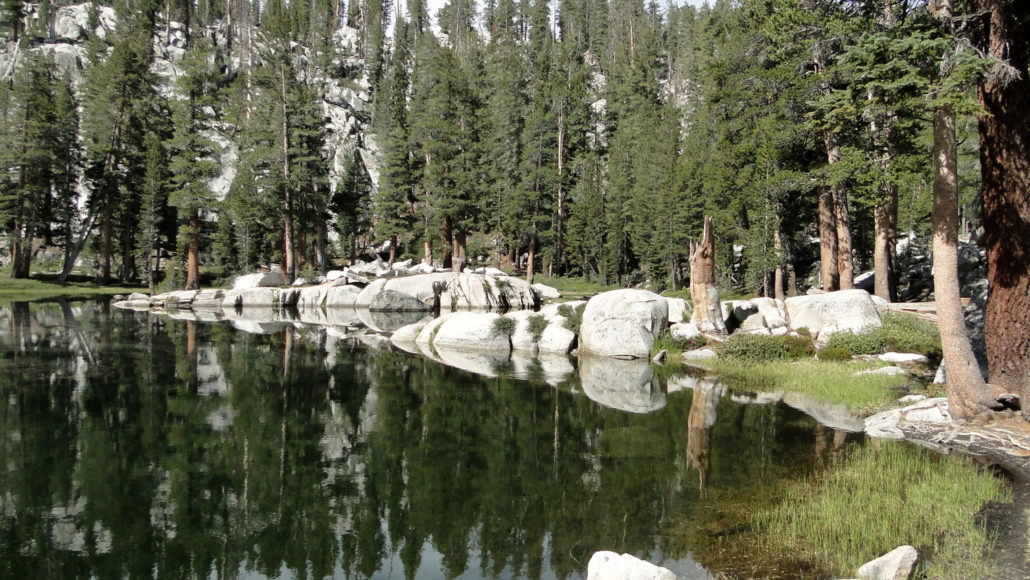 You should also know that due to heavy use, camping is restricted to marked sites assigned by rangers at only two of the four lakes (Emerald and Pear Lakes). Some hikers find that this restriction removes some of the backcountry luster associated with the freedom of camping throughout the High Sierra’s myriad lake basins. On the positive side, such restrictions reduce the amount of degradation that comes with such high use. While the campsites are almost always in use, the condition of the area is better than one would expect given the high volume of hiker traffic. 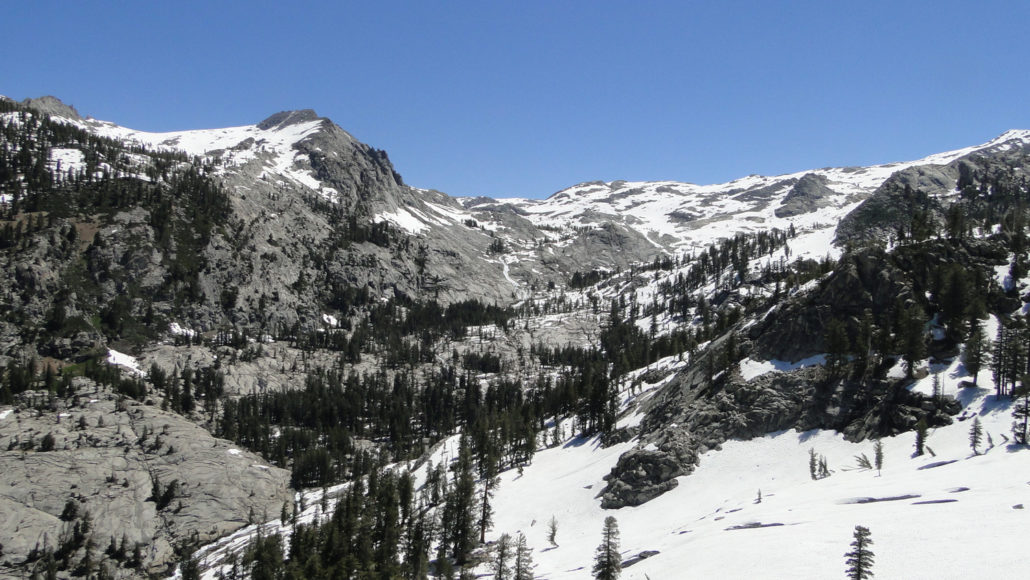 From the trailhead in the overnight parking lot at Wolverton, step onto the trail and plunge into dense tree cover. Almost immediately, you’ll come to a T-junction with the trail on the left leading to Lodgepole and the trail going right leading to the Alta Trail, Panther Gap, and the Lakes Trail. Turn right here to commence a moderate ascent along the ridge separating Tokopah Valley from Wolverton. 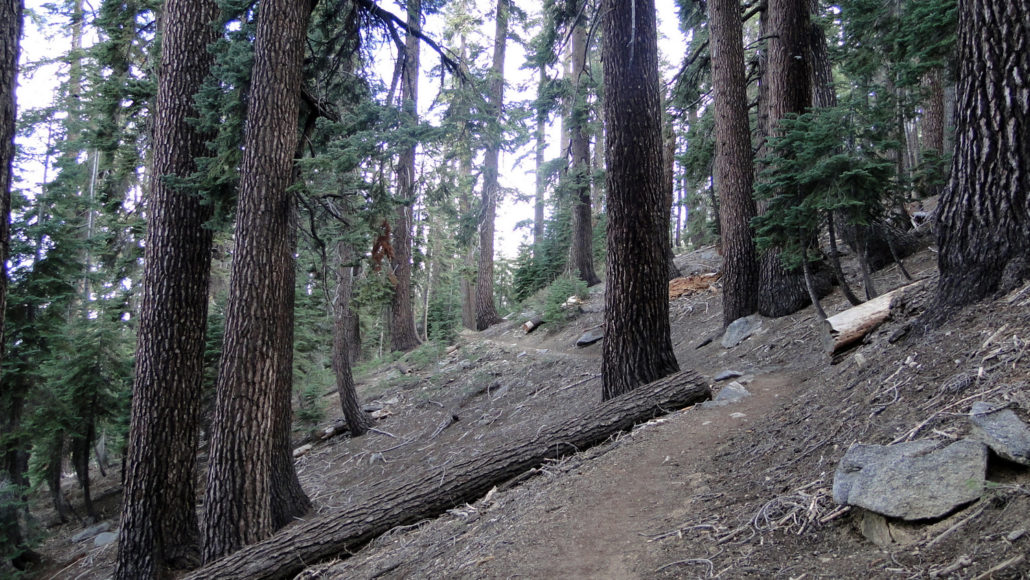 For the first 1.8 miles, the trail will parallel Wolverton Creek, sometimes a hundred or more feet above and sometimes near the banks. Through one flat section, the creek forms a narrow meadow in which you might see black bears during the early morning. You’ll also pass through a handful of hillside meadows bright with wildflowers and the trickle of spring-fed streams. 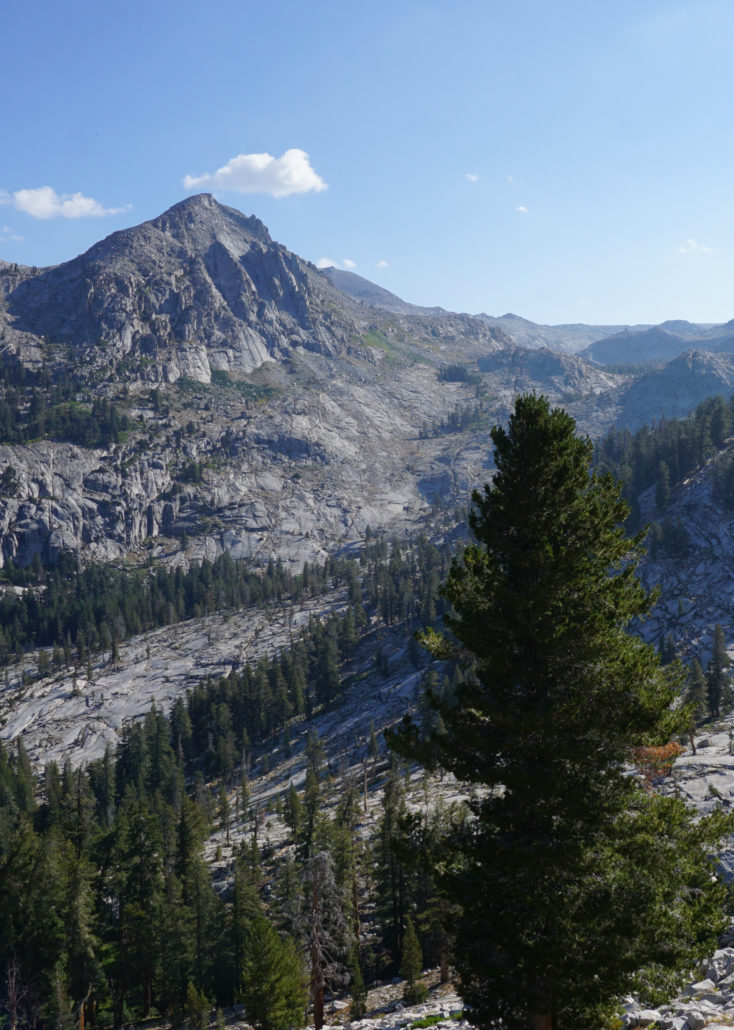 Turn left when you reach the junction indicating the Lakes Trail and Panther Gap; if you go right here, you’ll eventually reach Alta Peak. Another 0.3 mile north of this junction, you’ll reach a point where the trail splits. The trail on the right is dubbed “the Hump.” This apt name describes the landform in front of you, which is a somewhat monotonous slog up and over the ridge separating Wolverton Creek’s drainage from the Heather Lake basin. Even though the Hump Trail cuts off .4 mile each way, the scenery pales in comparison to the longer, more gradual Watchtower Trail. However, if there’s still a lot of snow on the trail, you’ll have to take the Hump Trail since the Watchman Trail is impassable when there’s ice. 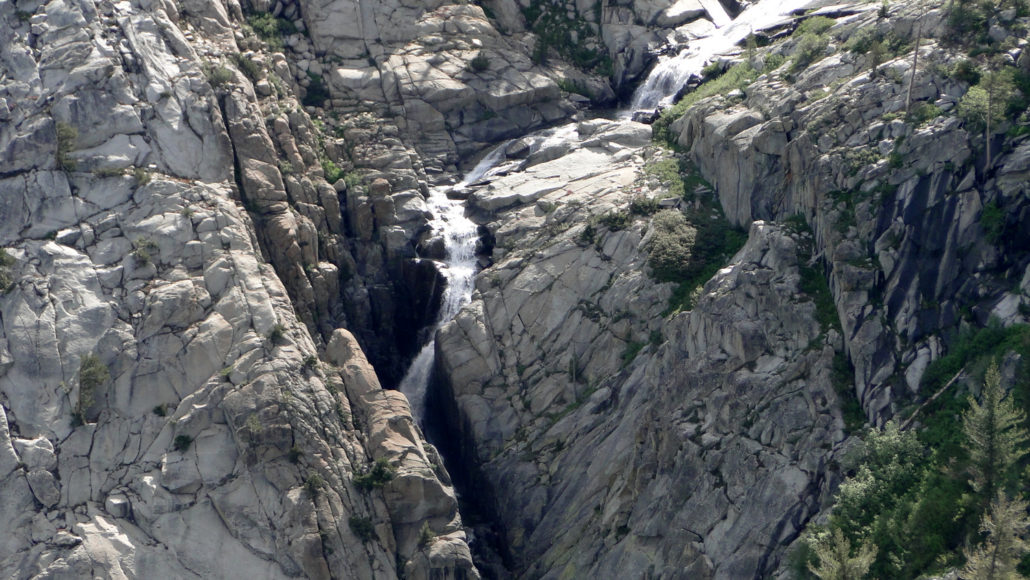 Why is the Watchtower Trail impassable with snow? This spectacular trail hugs tight to the cliffs in the upper reaches of Tokopah Valley leading to and beyond the Watchman formation. While the trail is breathtaking when the trail is clear, a slip and fall would be catastrophic. These remarkable views overlook Tokopah Falls nearly a thousand feet below as it thunders (or whispers depending on the season) into the gentler topography of lower Tokopah Valley. 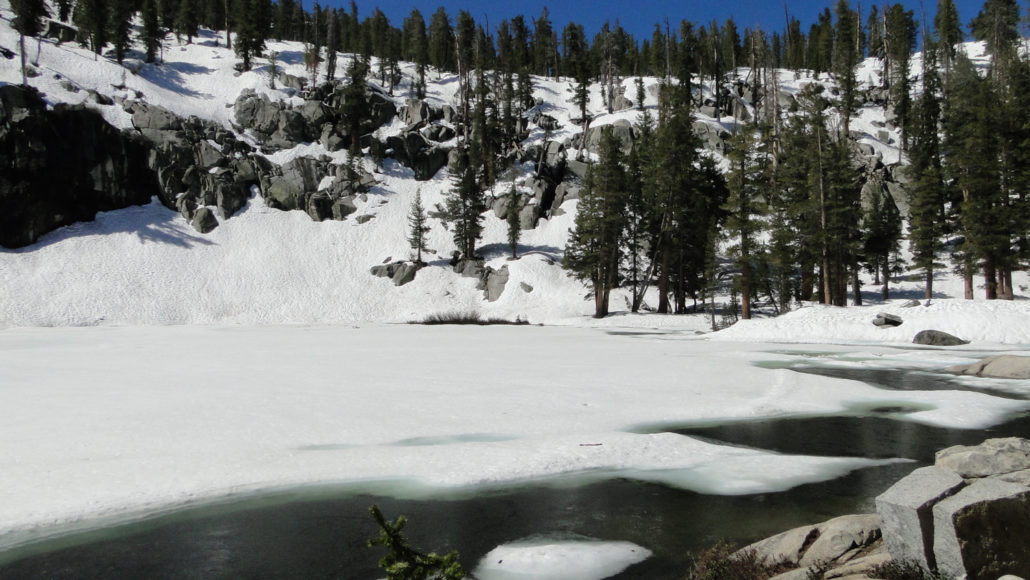 Heather Lake during the spring thaw

At 4.2 miles, you’ll reach your first destination at Heather Lake. The lake takes its name from copious growths of pink-flowering heather around the banks of the lake. You can’t camp at Heather Lake, but you can lounge around its shores for as long as you want. For less ambitious hikers, Heather Lake is a suitable reward/turnaround point in itself. 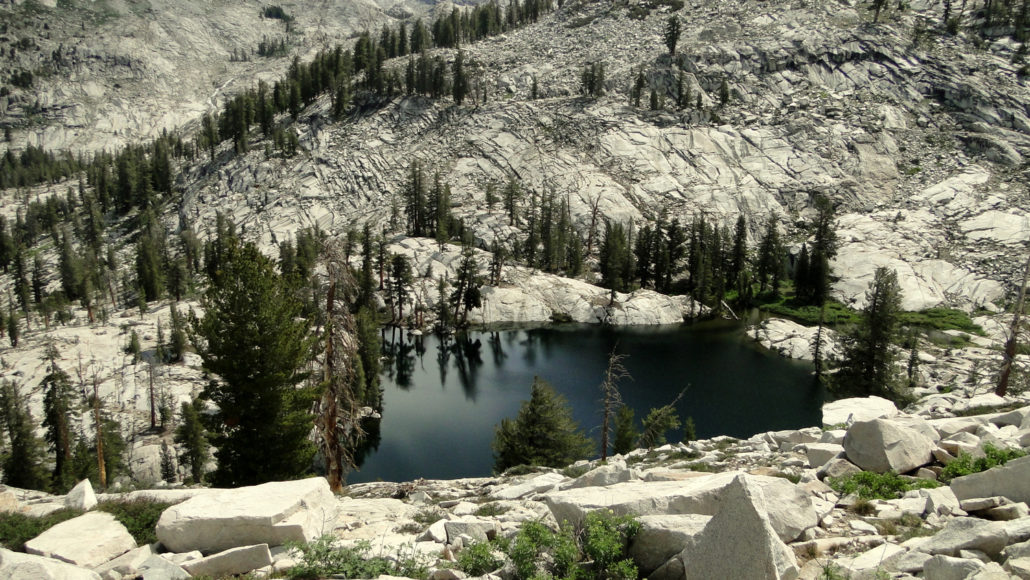 You’ll pass Heather Lake by rock-hopping across its outlet. The trail continues on the opposite side to wrap around the base of the ridge separating Heather Lake from Aster and Emerald Lakes. Alta Peak presides over the glacial basin holding these twin lakes, providing a picturesque backdrop. There is no trail down to Aster Lake, although you could easily cut across country over granite slabs to reach it. At 10 miles, the trail reaches the handful of established campsites complete with food storage lockers just north of Emerald Lake. If you are camping, be sure to use the established campsites, as creating new campsites will accelerate habitat degradation due to the area’s high use. 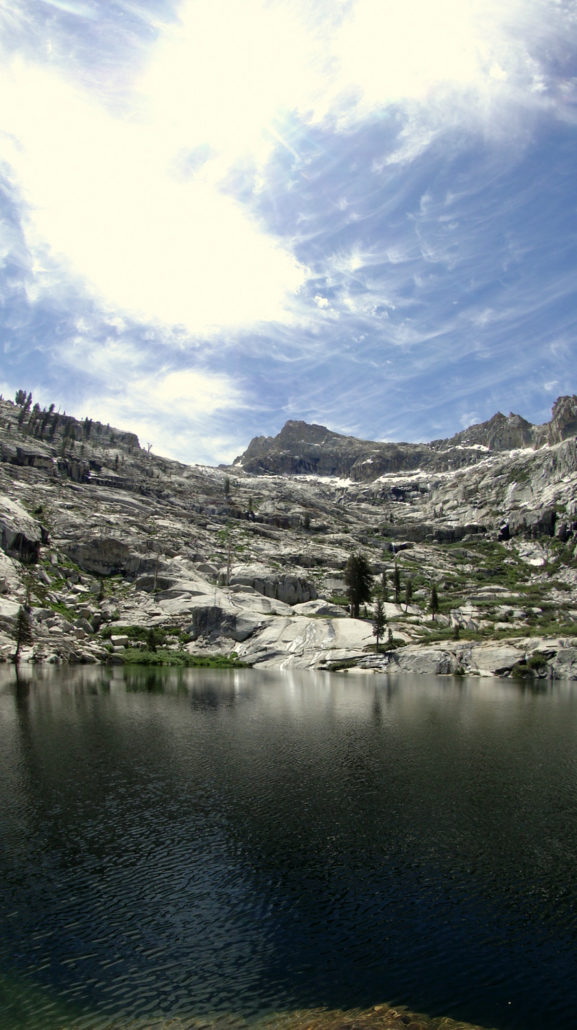 To reach Pear Lake, continue along the trail as it wraps around the ridge separating the basins. The trail passes a junction for a trail leading off on the left to the Pear Lake ranger station at 5.6 miles. Continue straight on a moderate incline to reach the northern banks of Pear Lake. This fourth and final lake, 6.1 miles from the start, is easily the largest and arguably the most scenic. It, too, features established campsites and food storage lockers. 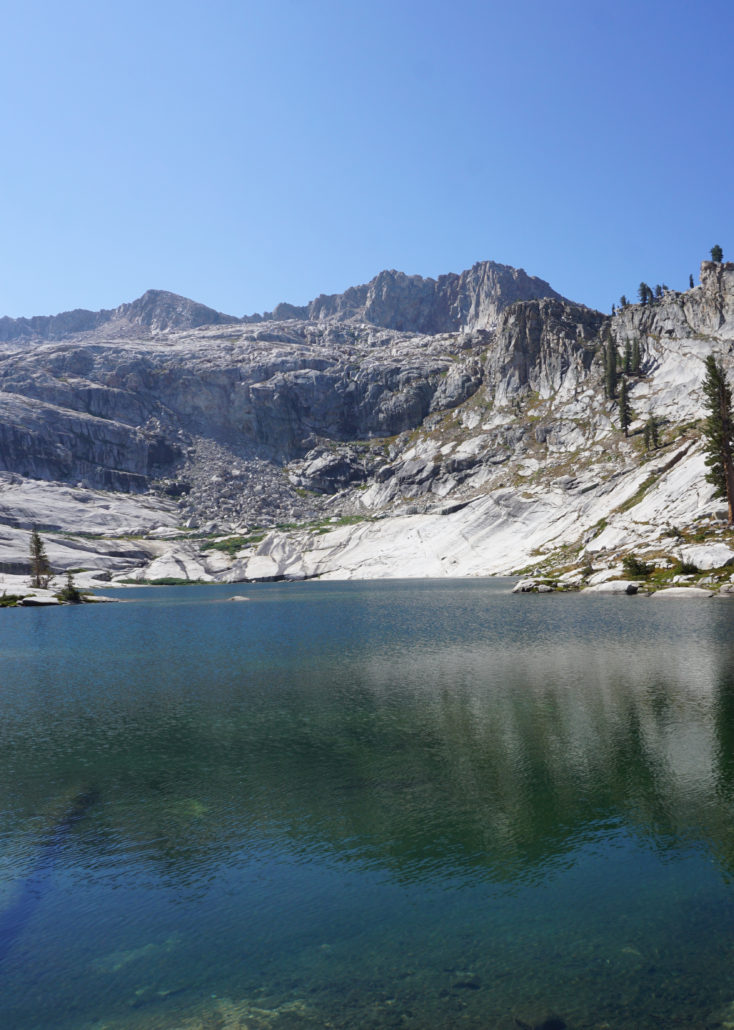 Accommodations near The Lakes Trail 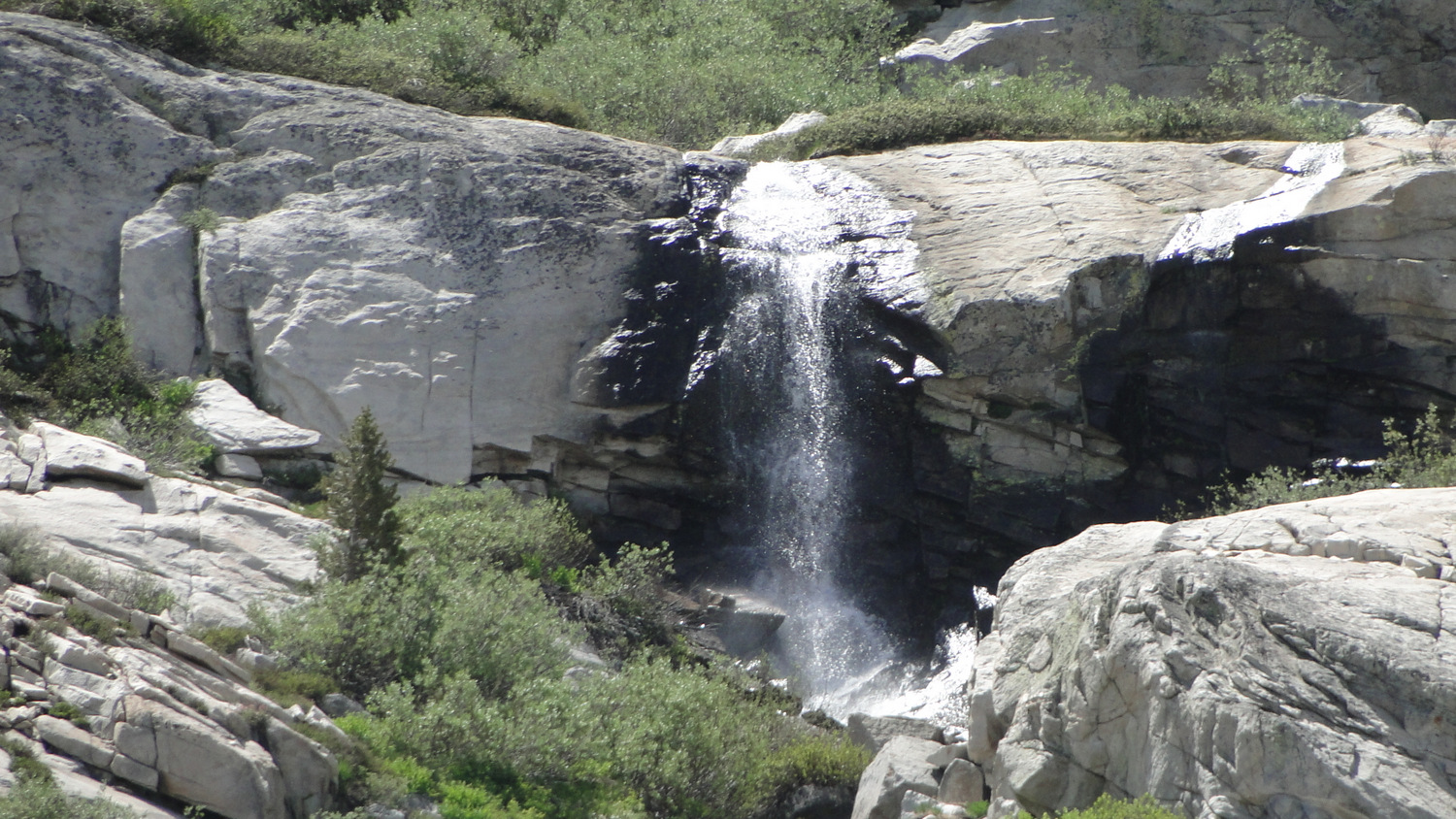 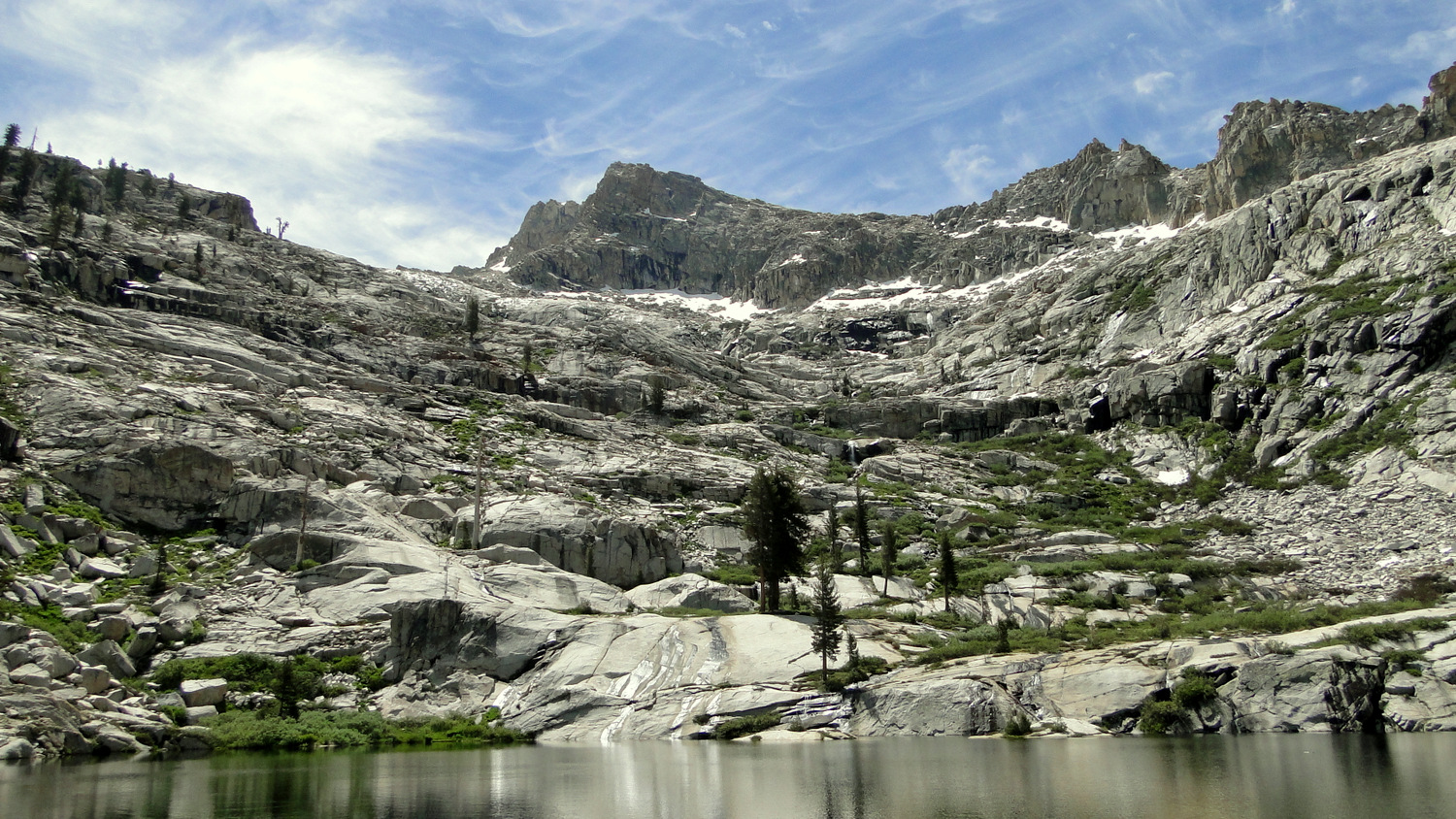 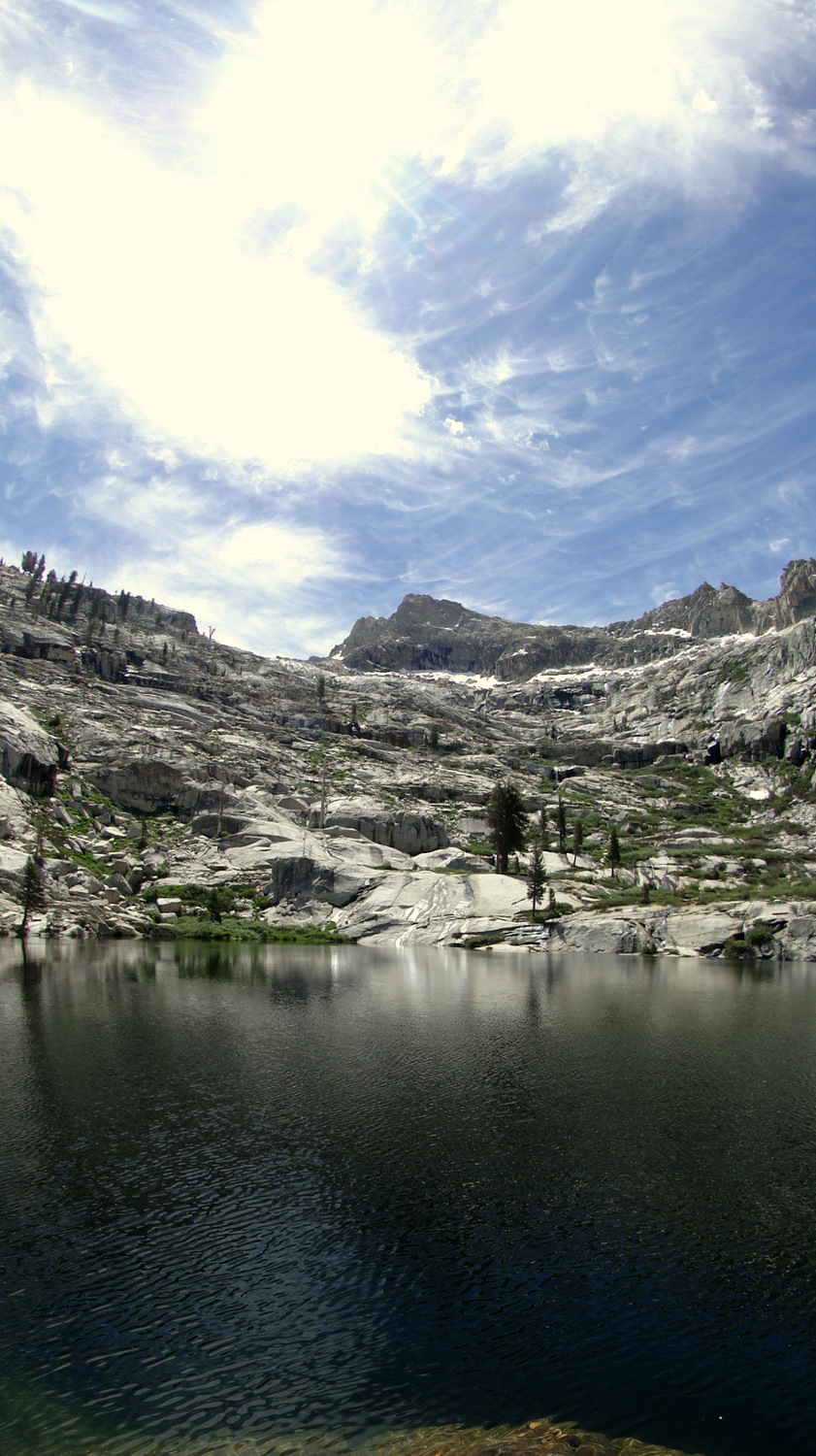 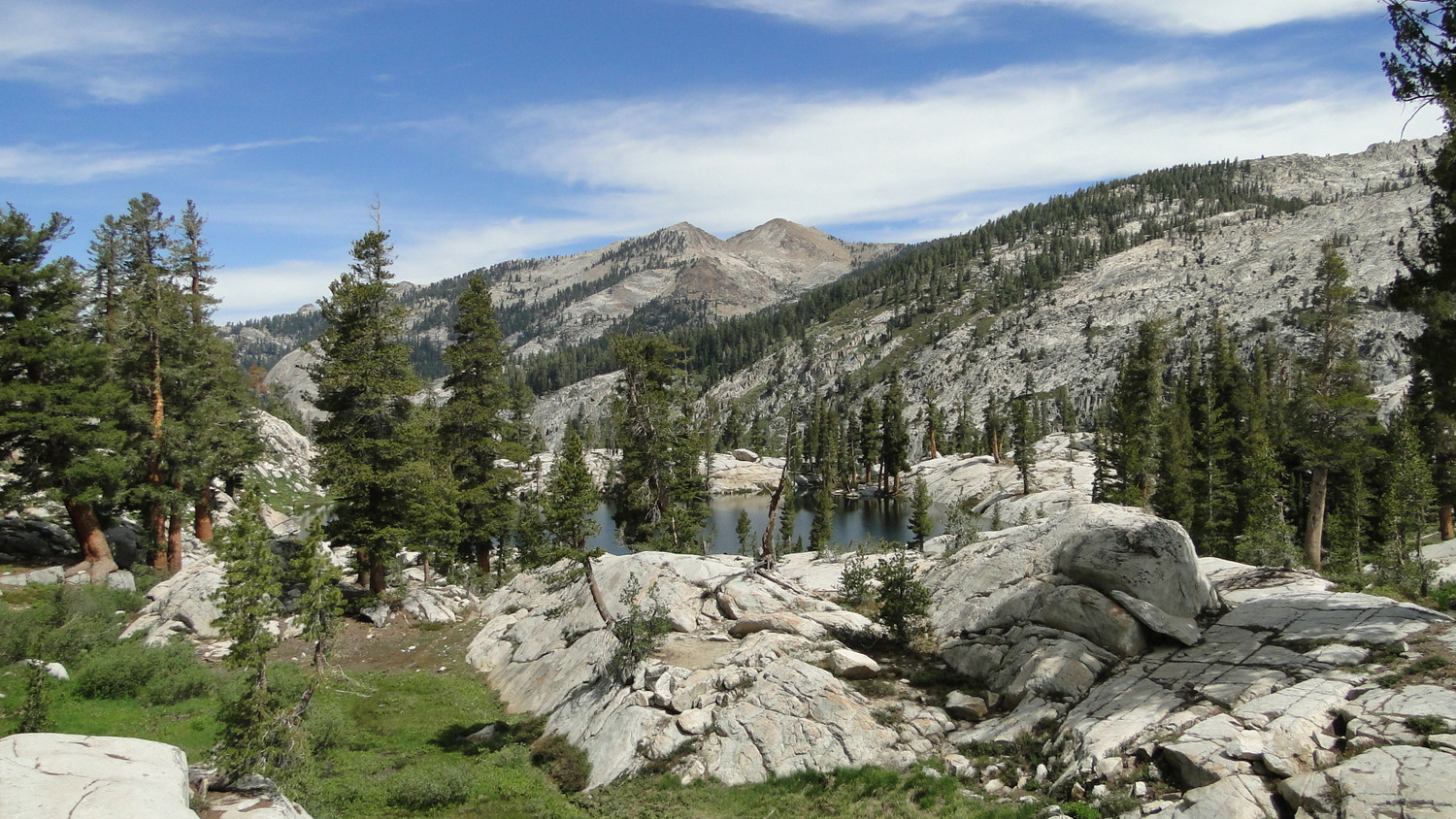 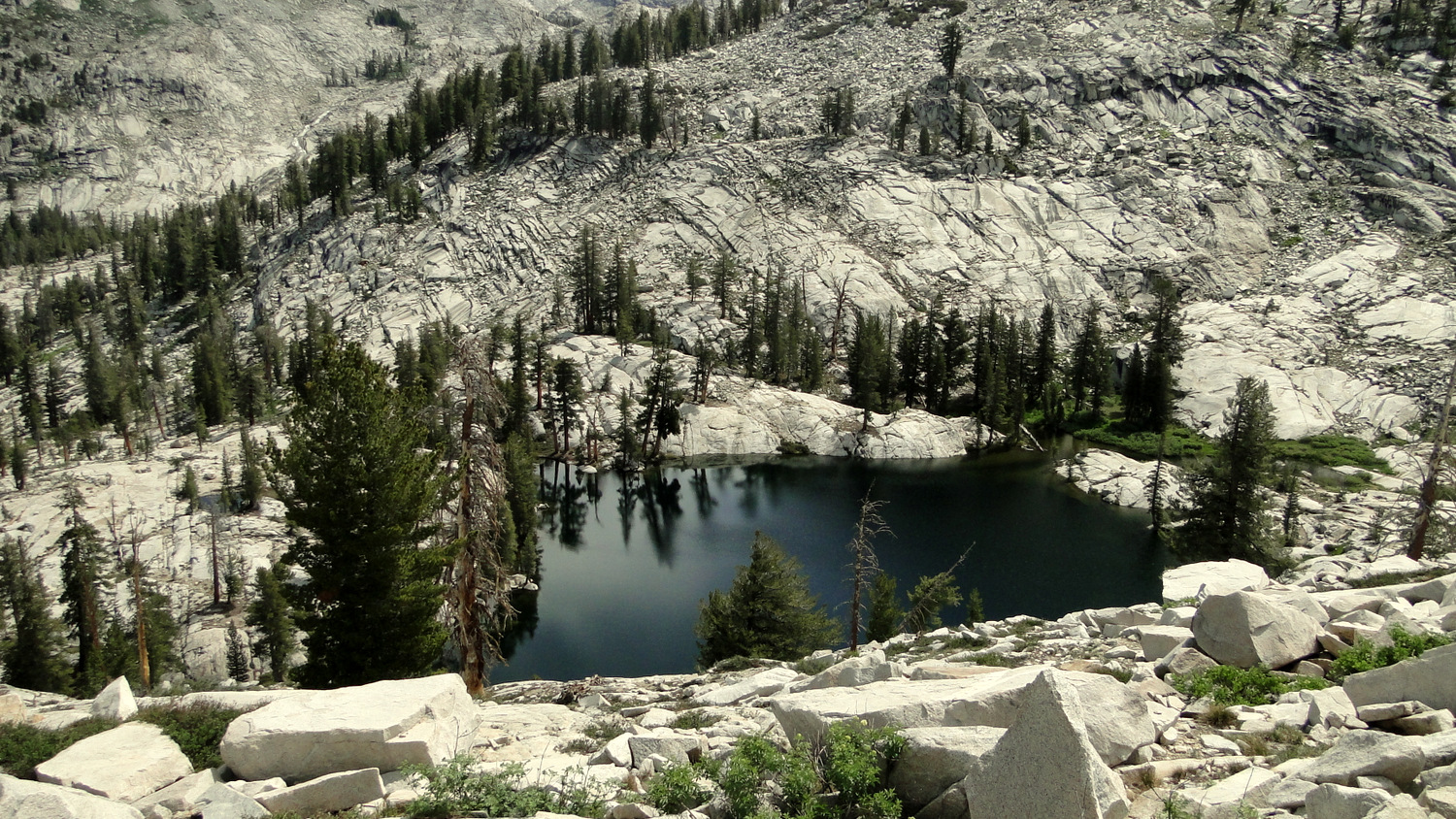 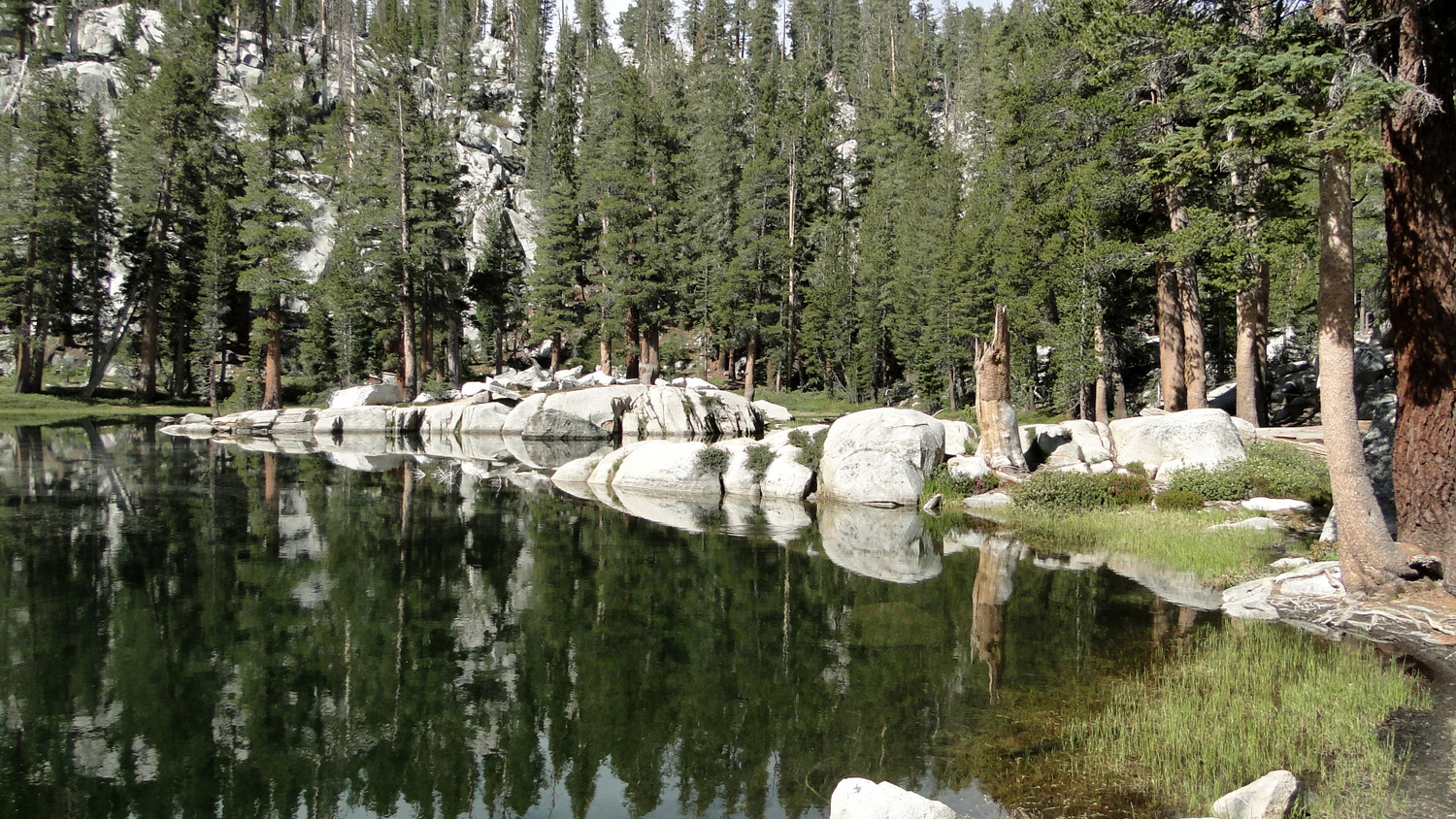 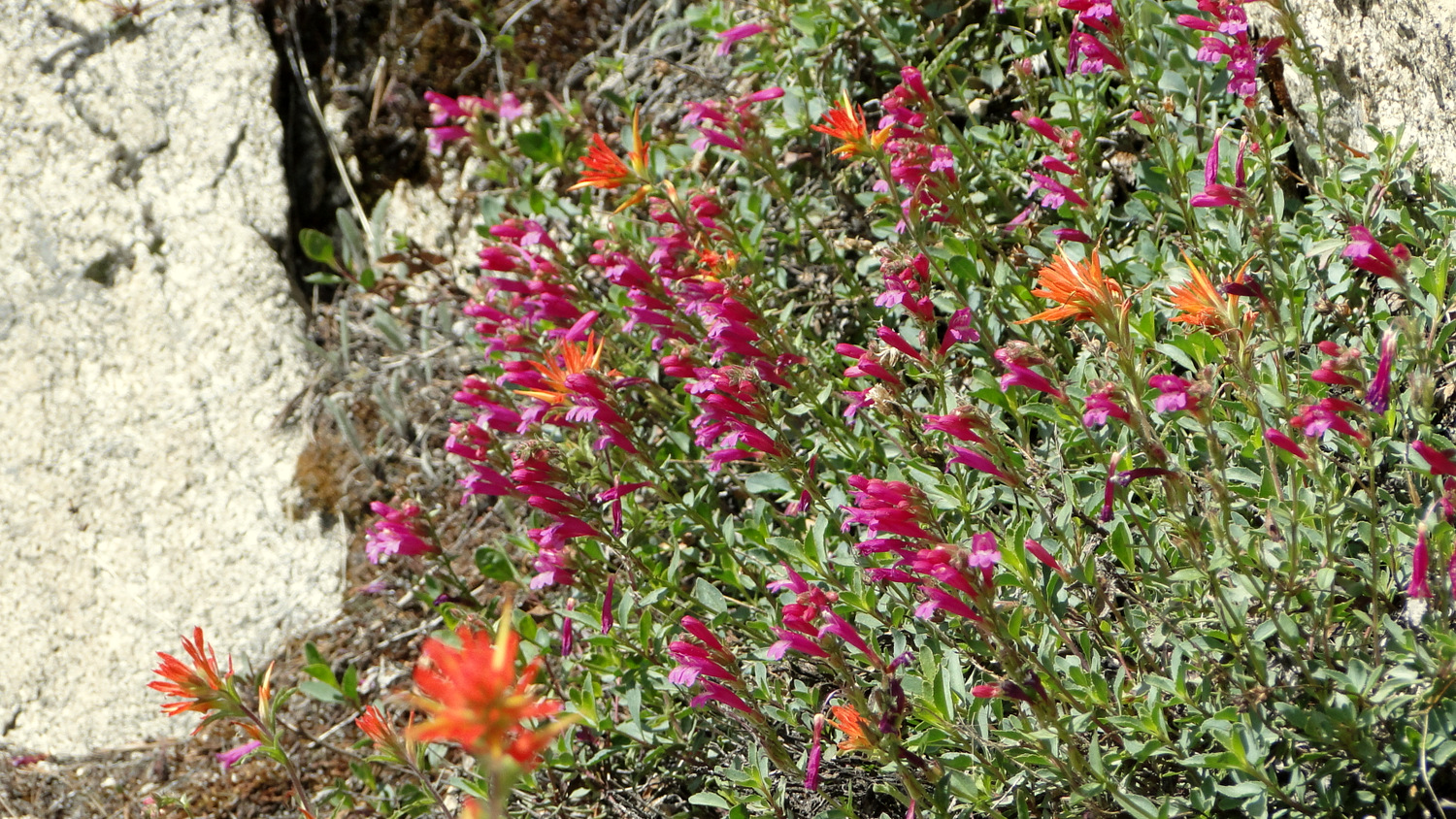 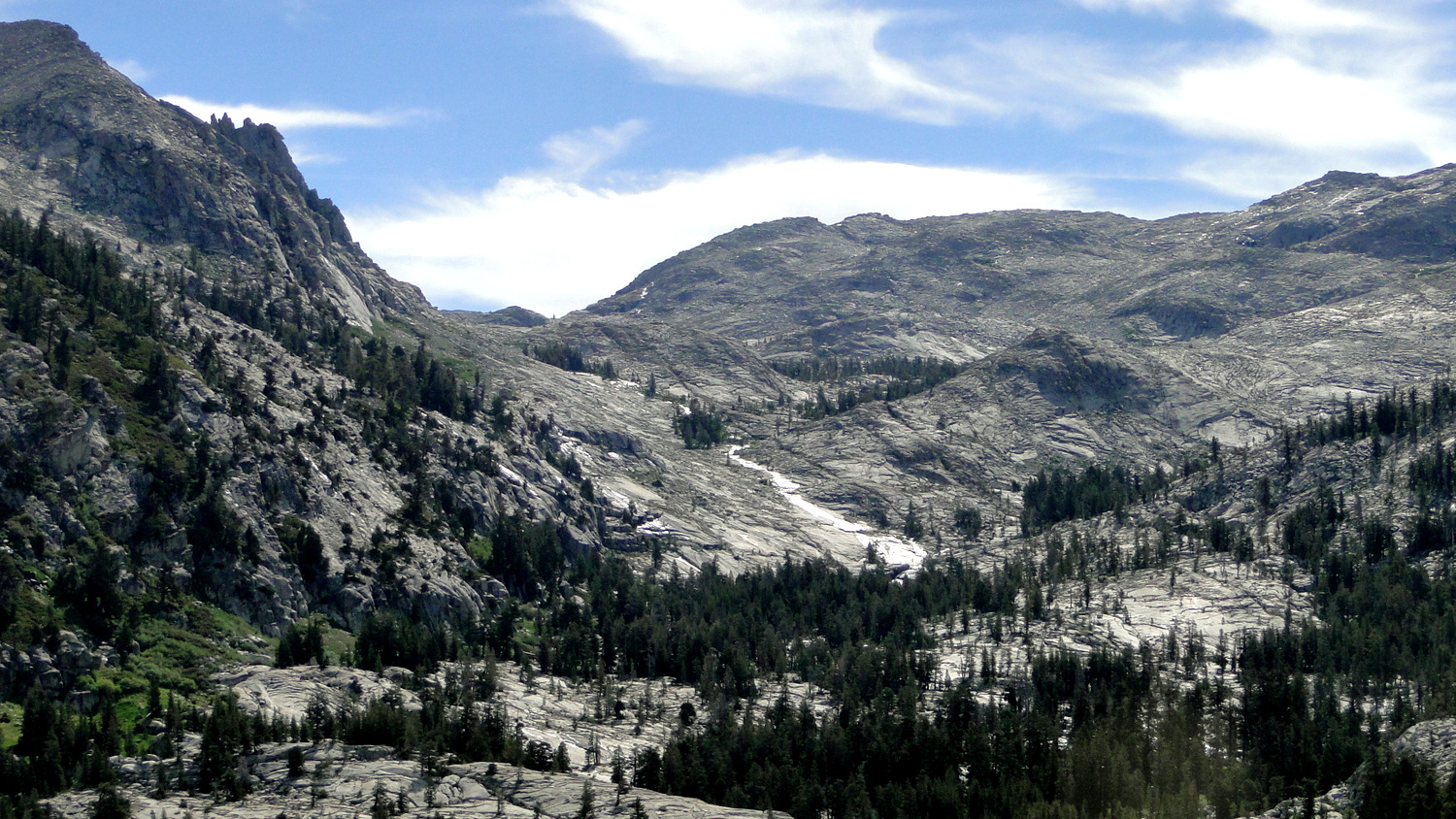 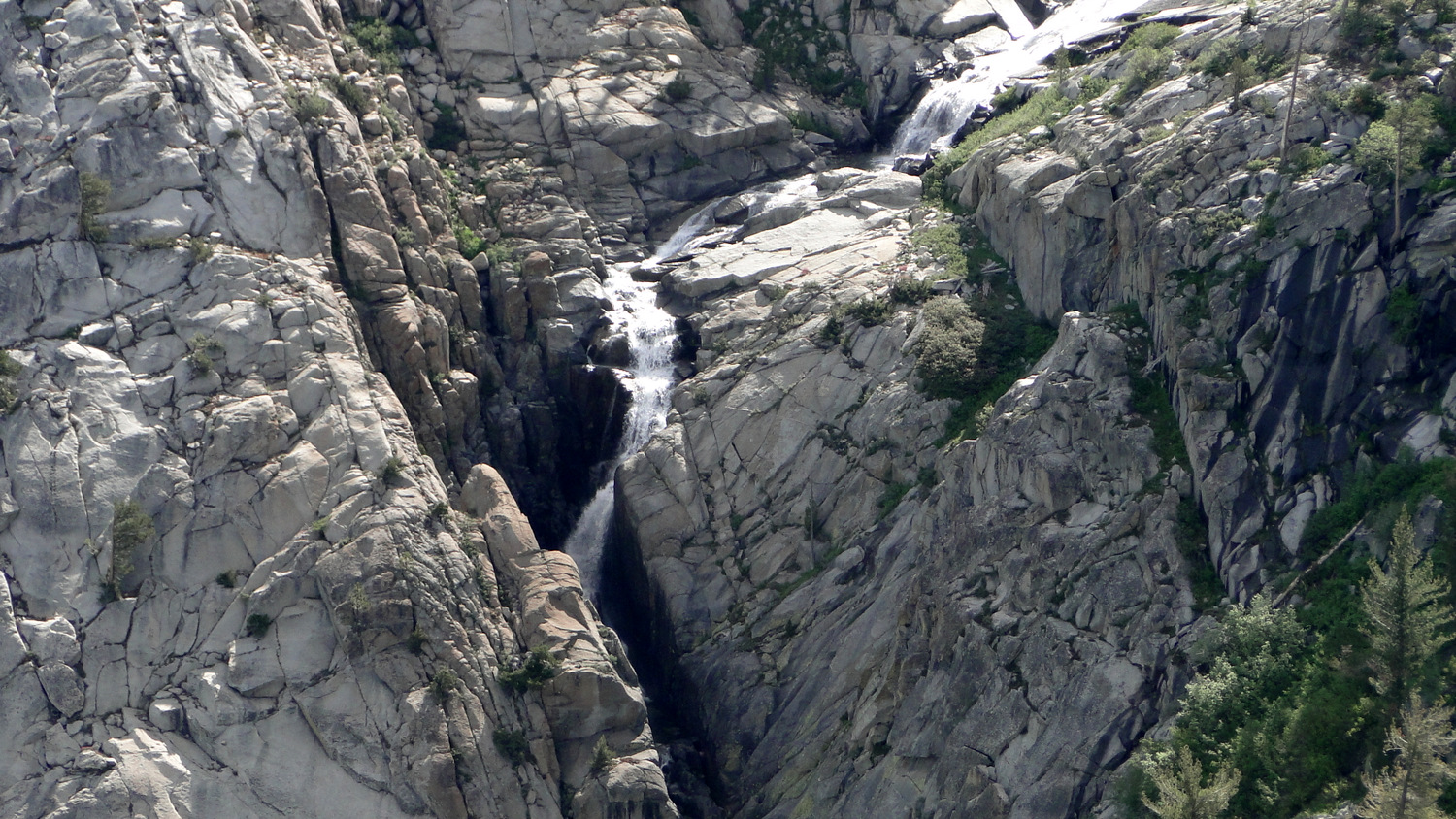 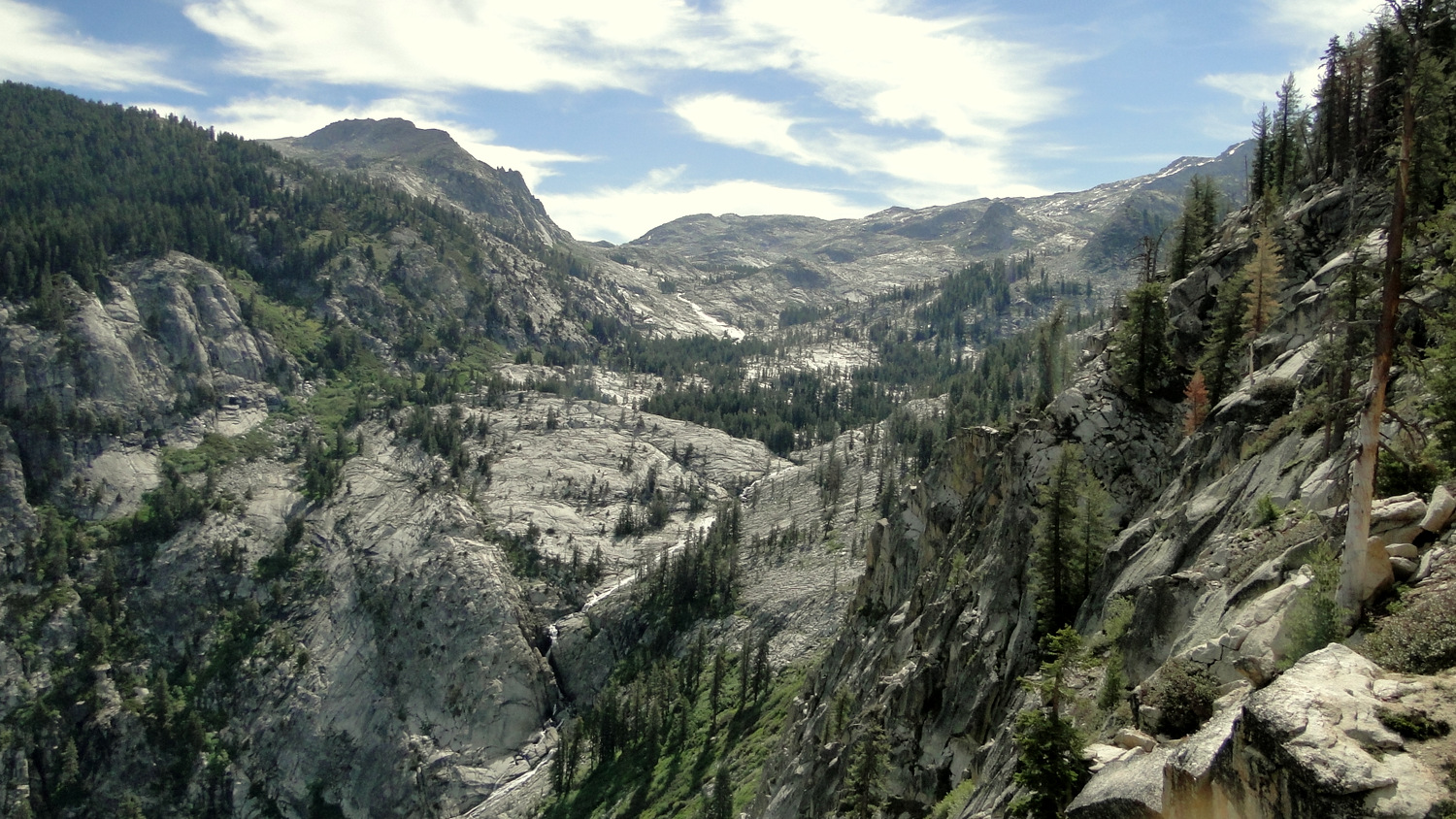 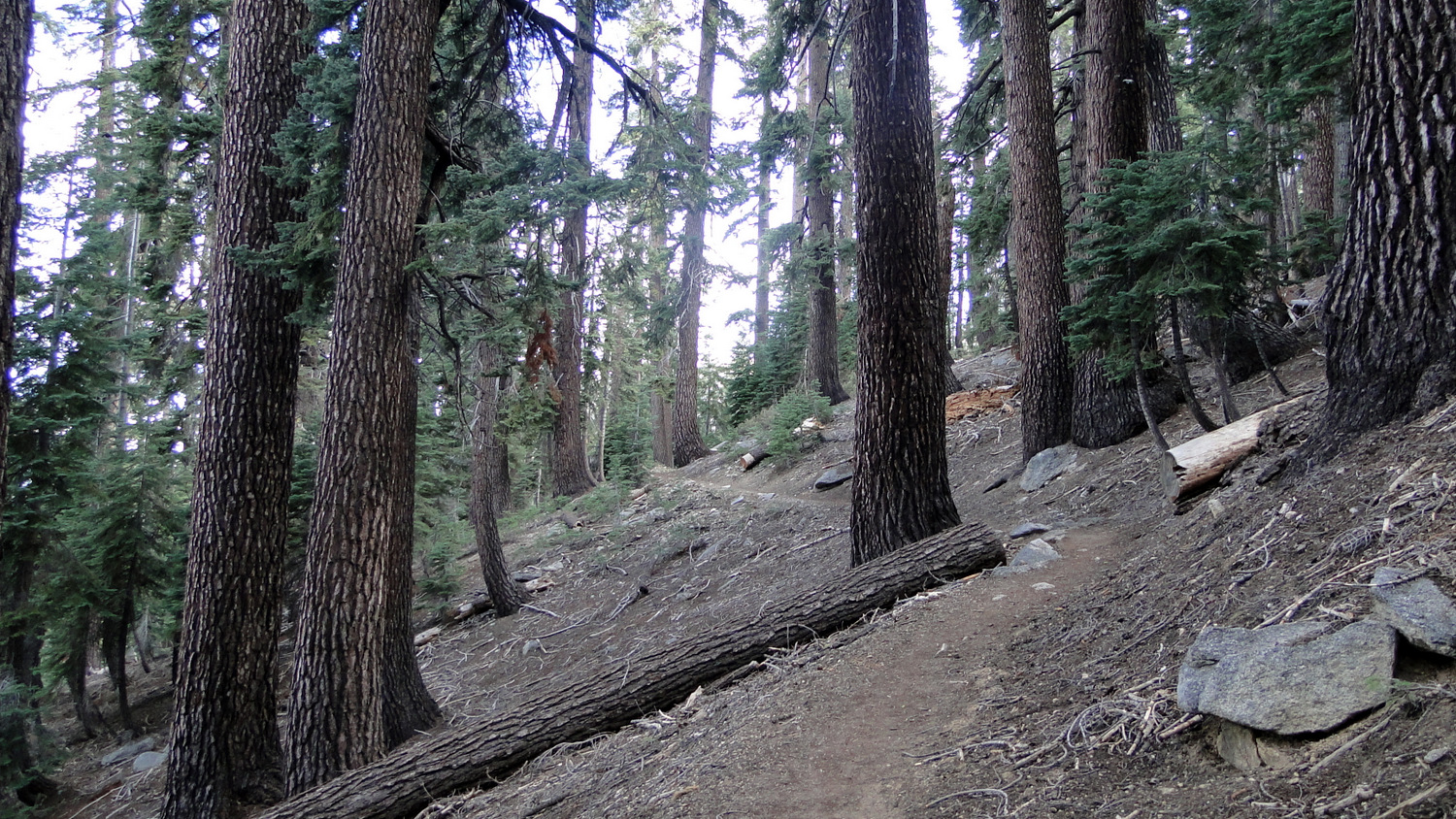 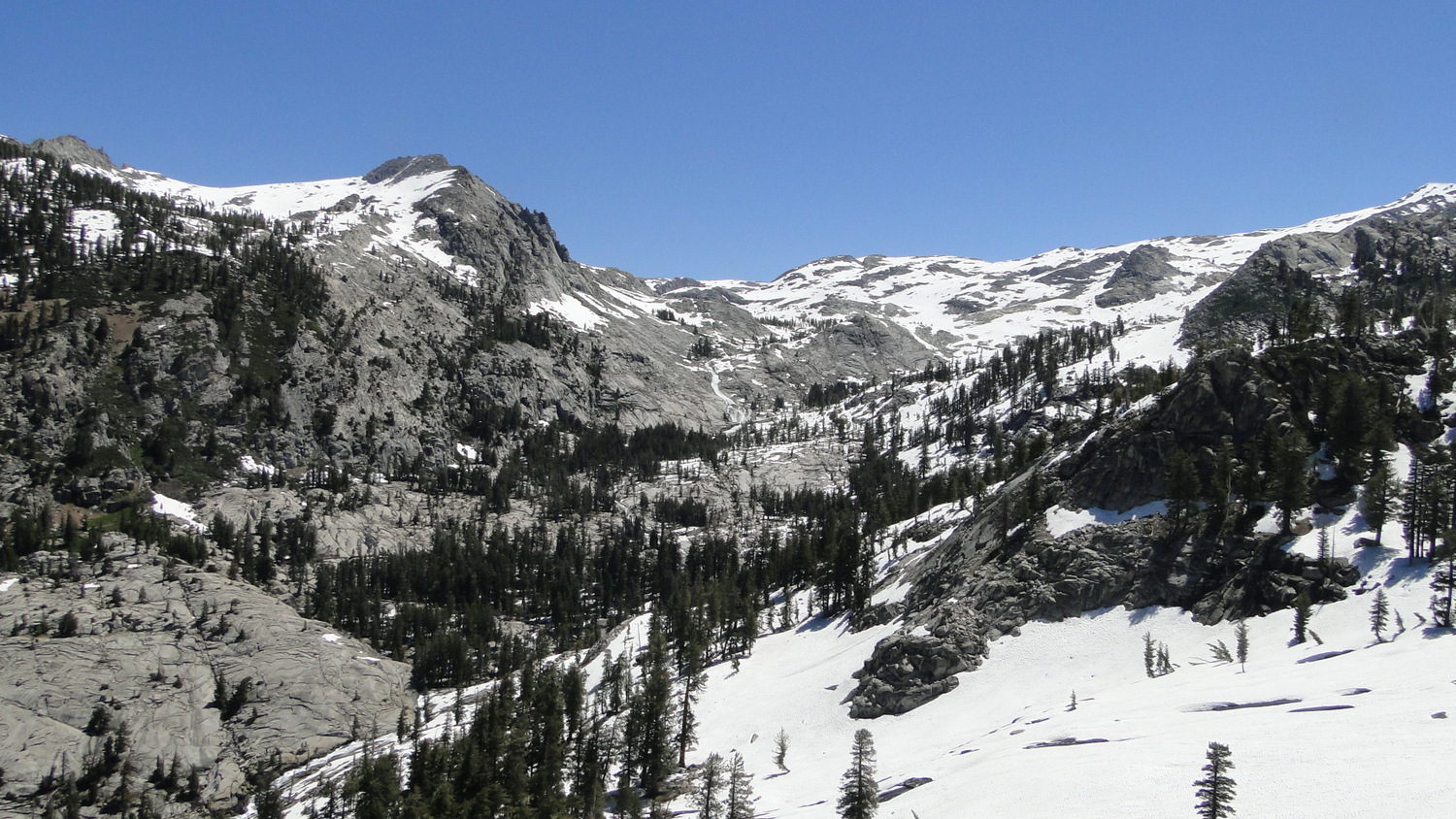 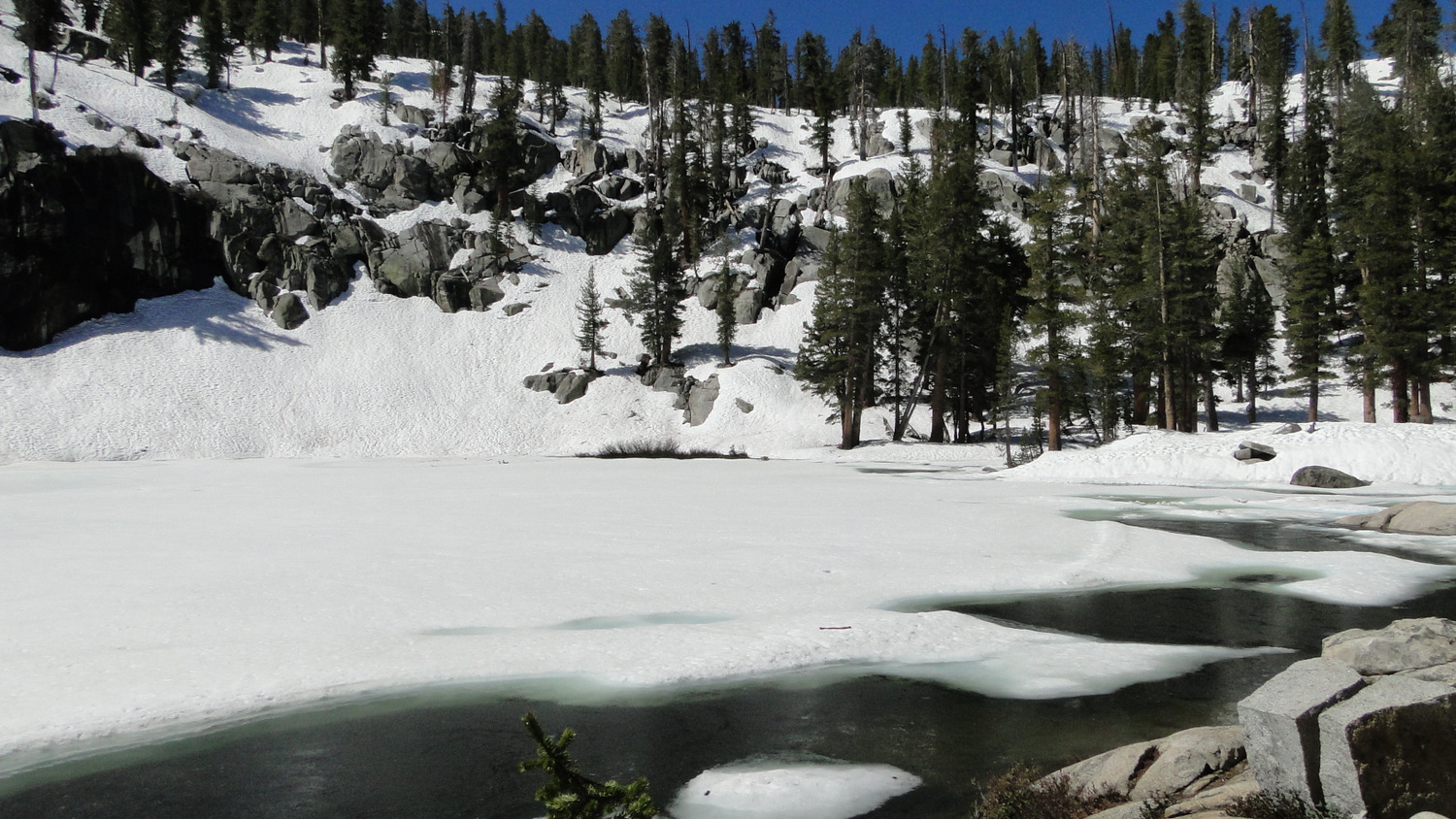 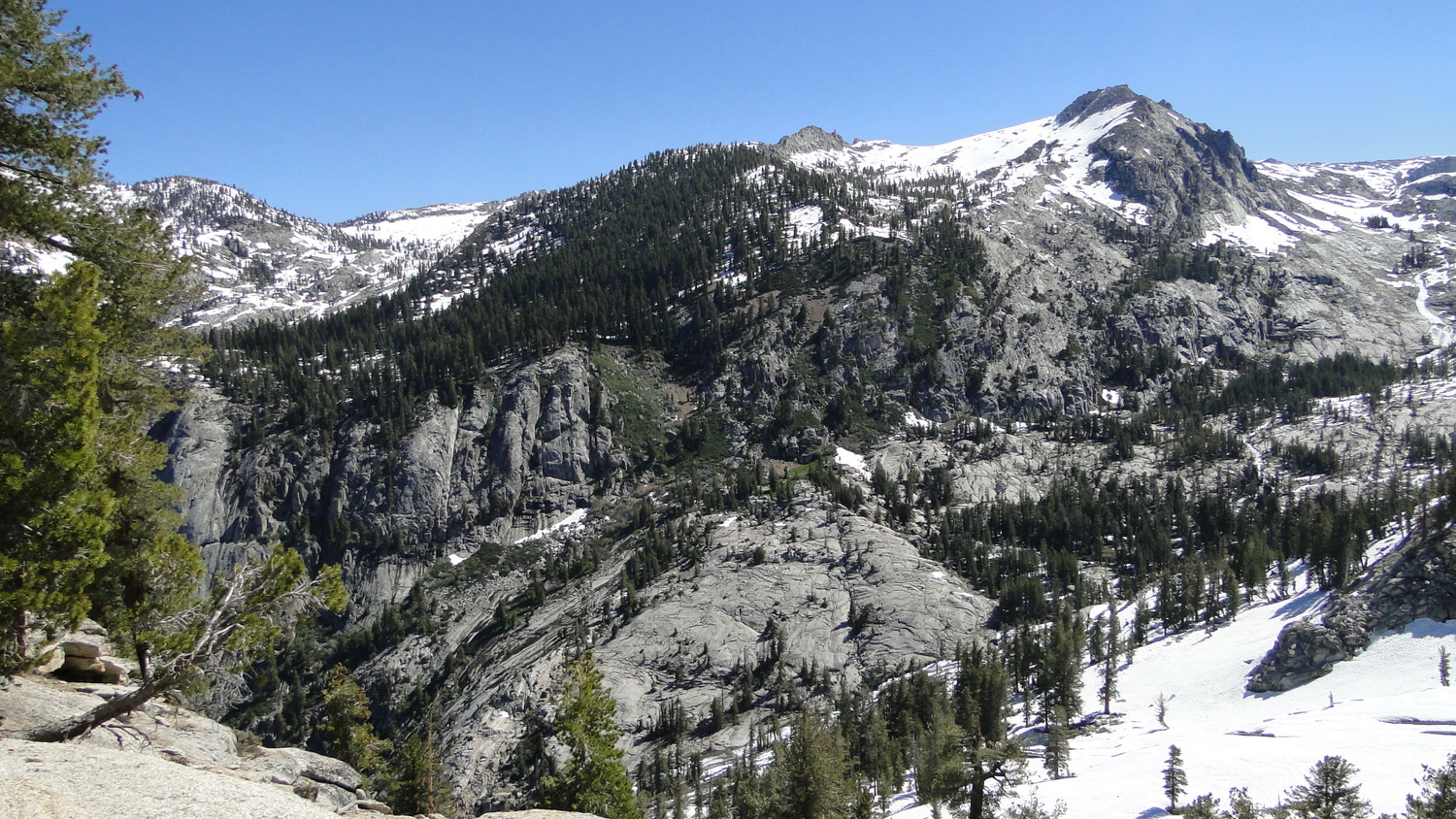 The trail is a popular, well-traveled, and well-maintained route. The Watchtower Trail can be lethal if covered in ice and snow. The park closes it until the ice is gone, forcing hikers to follow the less scenic Hump Trail. For this reason, the route is best following the late spring/early summer thaw.

I recommend this route as a backpacking trip, and the write-up has permit instructions within. However, if you're dayhiking, the closest campground is Lodgepole Campground.