Legend tells of a Lost Gold Mine hidden within a shadow inside the Superstition Mountains near Phoenix. The origins of this shadow derive from Weaver’s Needle, a tall rock formation named after an Arizona mountain man, Paulino Weaver. The legend began when Don Miguel de Peralta’s discovered gold. He constructed a mine and along with his crew, began extracting this precious metal out of the earth. Although, as is often the case with these Western gold stories, their destiny did not end in vast riches.

They met their violent fates at Massacre Grounds where after many warnings to stop mining the land, the Apache tribe attacked and killed these men. Afterwards, the Apache sealed the gold mine forever and camouflaged it so that no one would be able to find it, keeping their land safe.

Years later in the 1890s, Jacob Waltz (also known as “the Dutchman”) would claim to have found the mine. Although he passed away and was never able to physically extract the gold, it has long been rumored that the mine can be found within the shadow of Weavers Needle.

This leads us to the Peralta Trail. This is a maintained hiking trail that escorts adventurers to Fremont Saddle, where Weaver’s Needle and its potentially gold-hiding shadow can be seen. 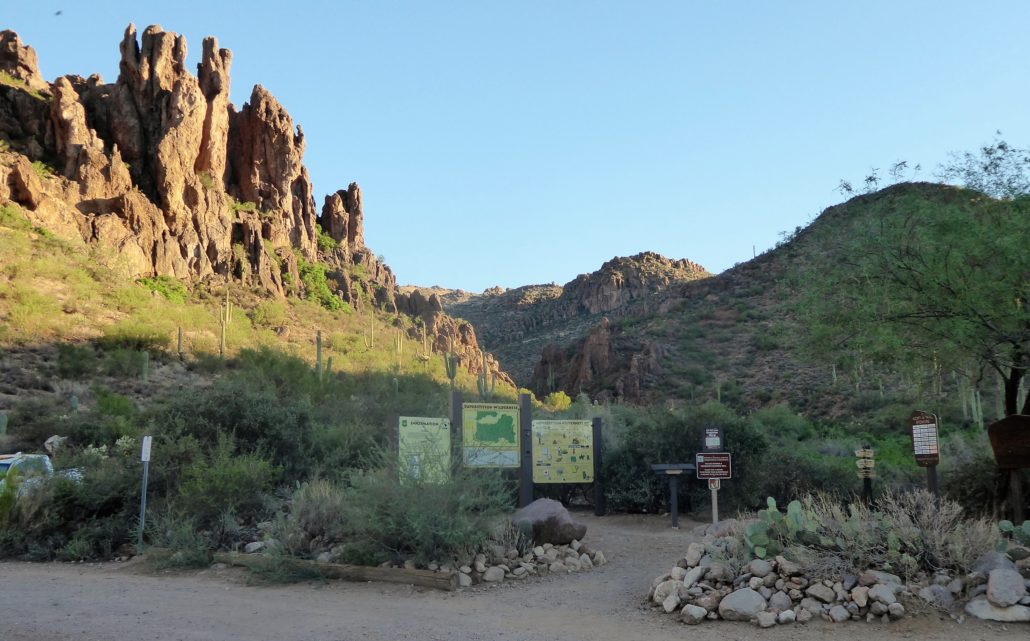 While in total the Peralta trail is about 12 miles long, it is only 2 miles to reach the Fremont Saddle. You can make this a longer hike if you’d like, but for this trail guide, we only go up to the saddle.

This trail begins relatively easily by dipping into some washes where you will swear you’re in a tropical setting. The thick grass is bright green, lush vegetation surrounds you and under your feet is a sandy trail, making it feel like you’re heading to a beach. Although this feeling is only short lived as you turn a corner and see the trusty saguaro cactuses and the familiar desert plants bringing you back to that more arid reality. 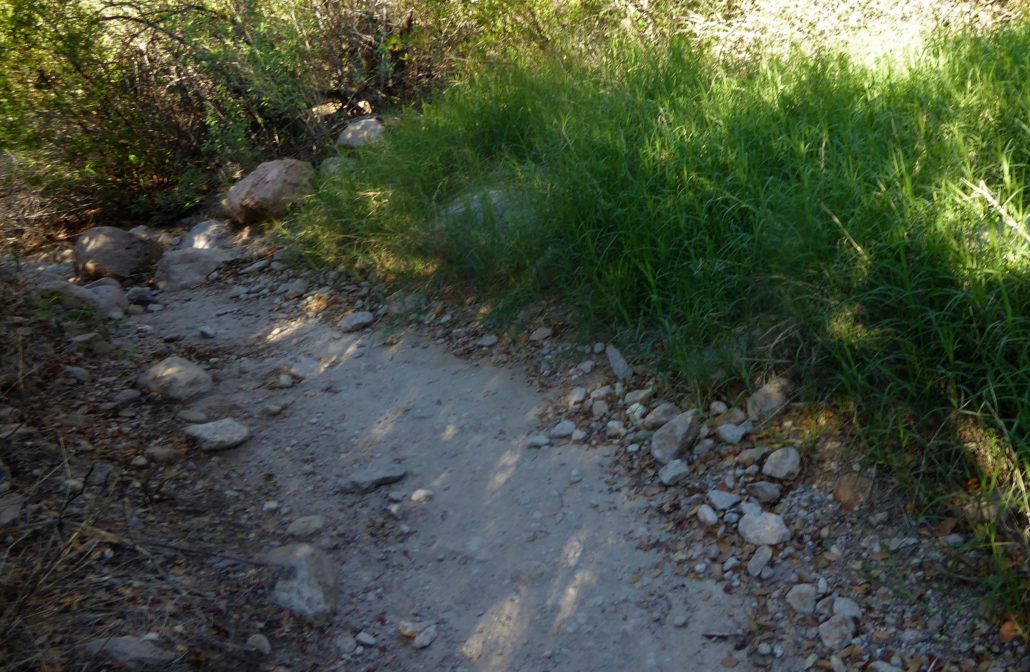 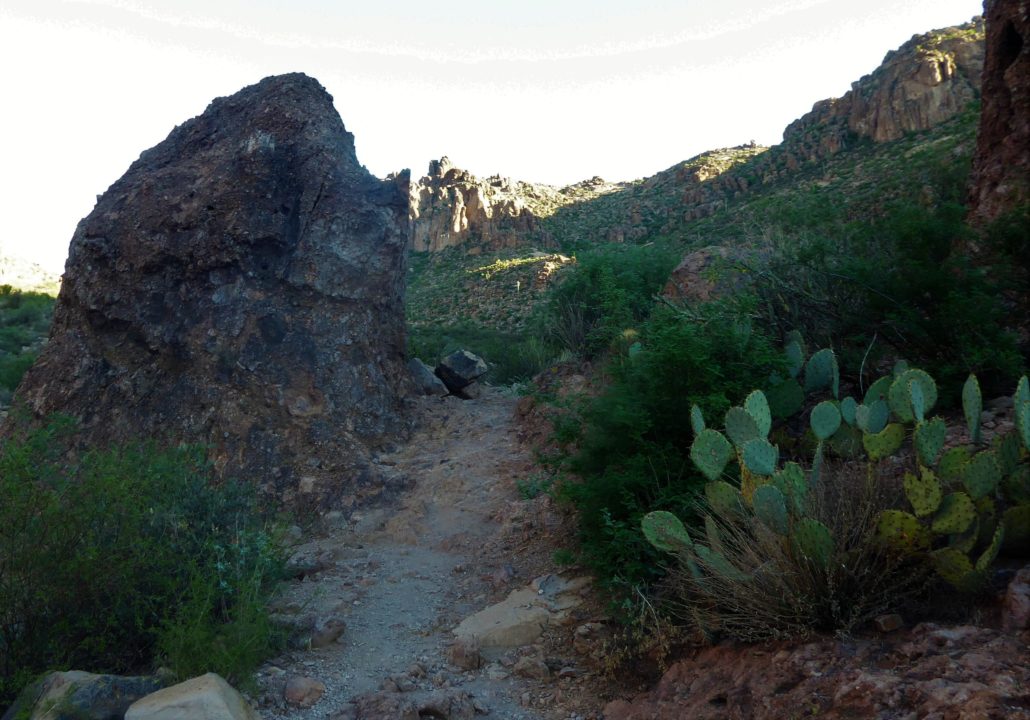 Shortly after this swaying wash area, the trail will begin a gradual ascent up to Fremont Saddle. You will be hiking up along the Peralta Canyon where unique rock formations will be rising up around you. If only these rocks could talk, I’m sure they would be able to sort fact from fiction or maybe even willing to give up the location of the gold. 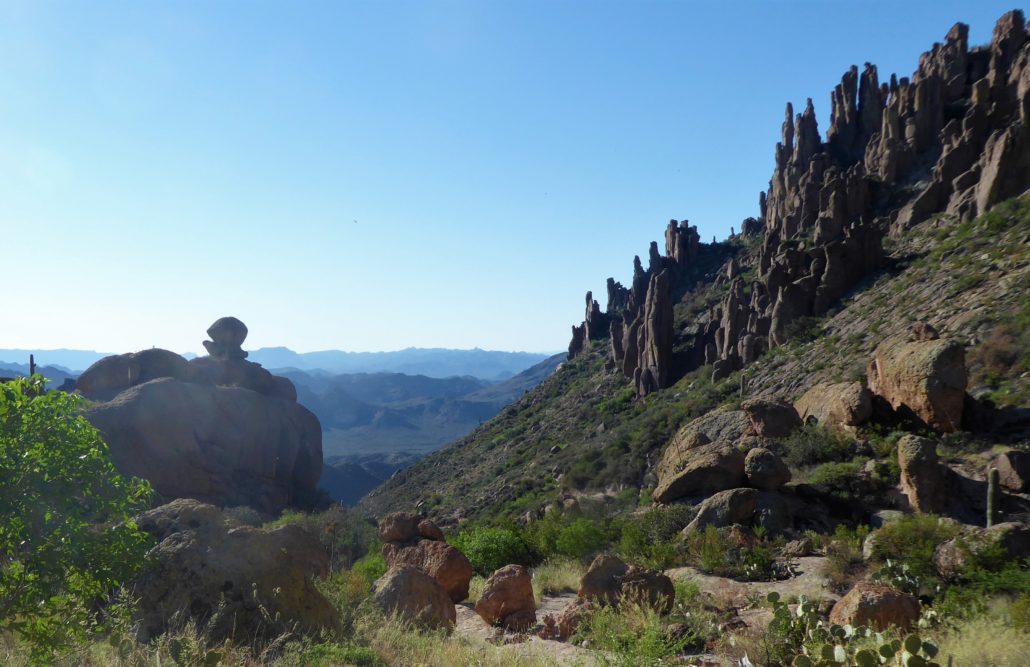 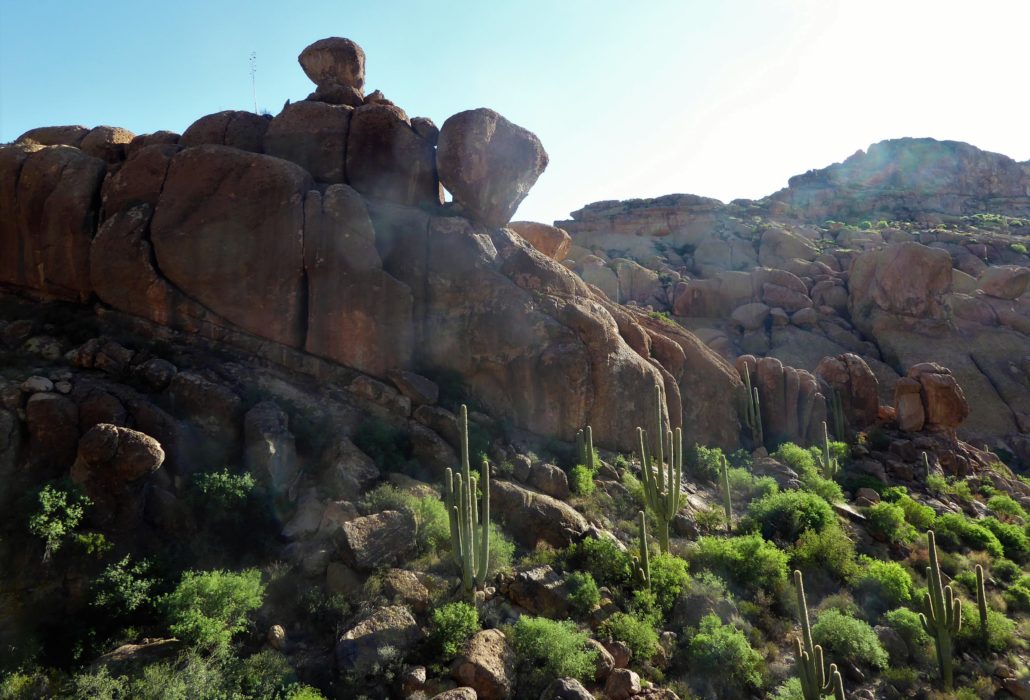 At times there are small switchbacks and at other times the trail will take an unexpected turn leading you further along. While there are no trail signs directing you, this trail is very easy to follow as it is a well-worn path. 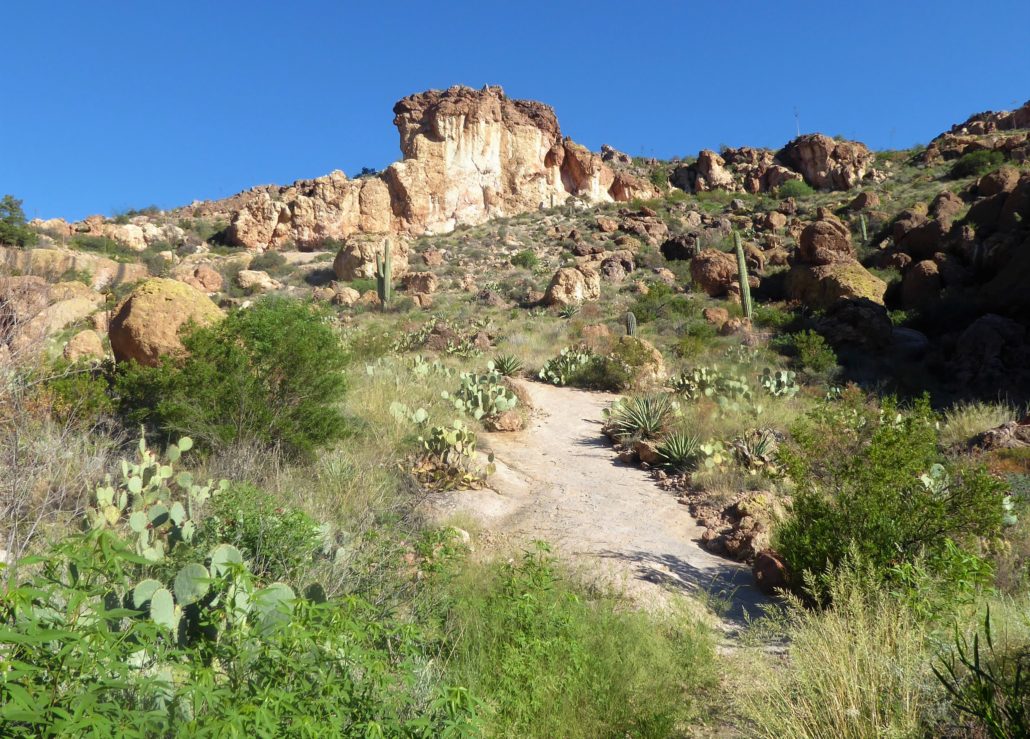 As you get closer the dirt trail will begin to change as you begin to walk right upon the smooth mountain surface.

This area will be short but steep switchbacks that will lead you up to a little cave — a sign you are very close to the Fremont Saddle. 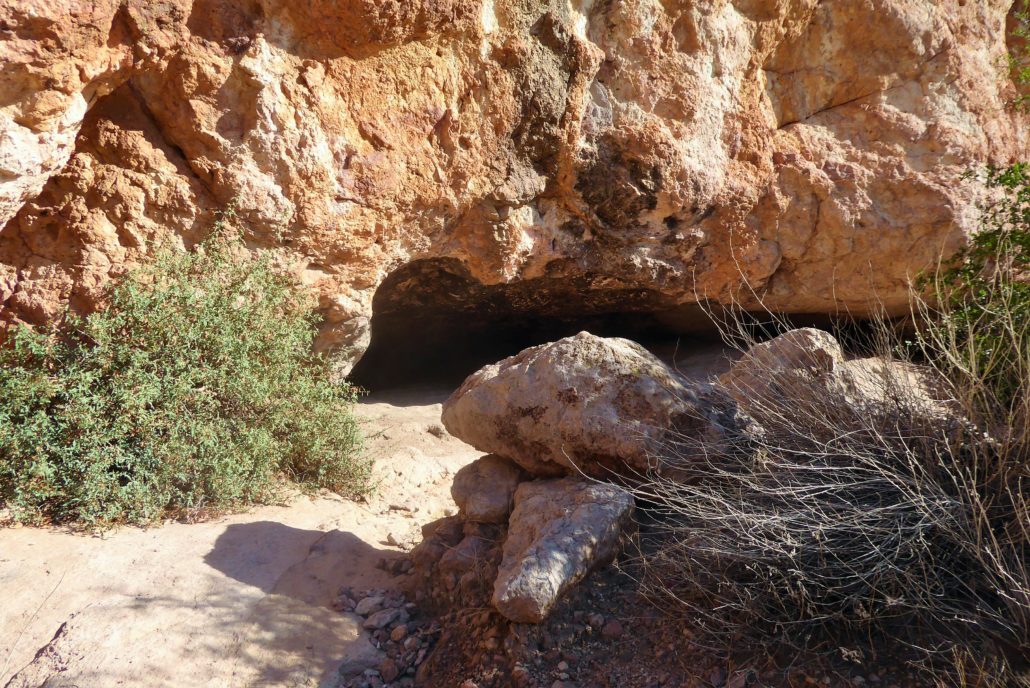 As you continue forward the trail will begin to flatten out and shortly bend towards the right. 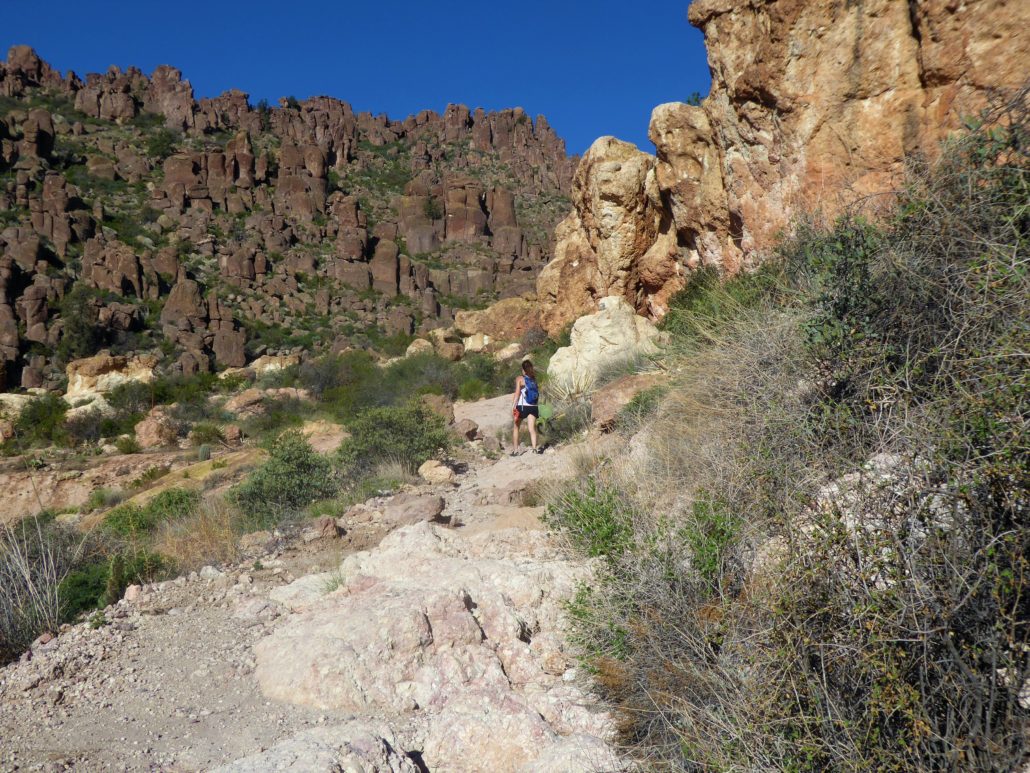 Here you get your first spectacular view of Weaver’s Needle. 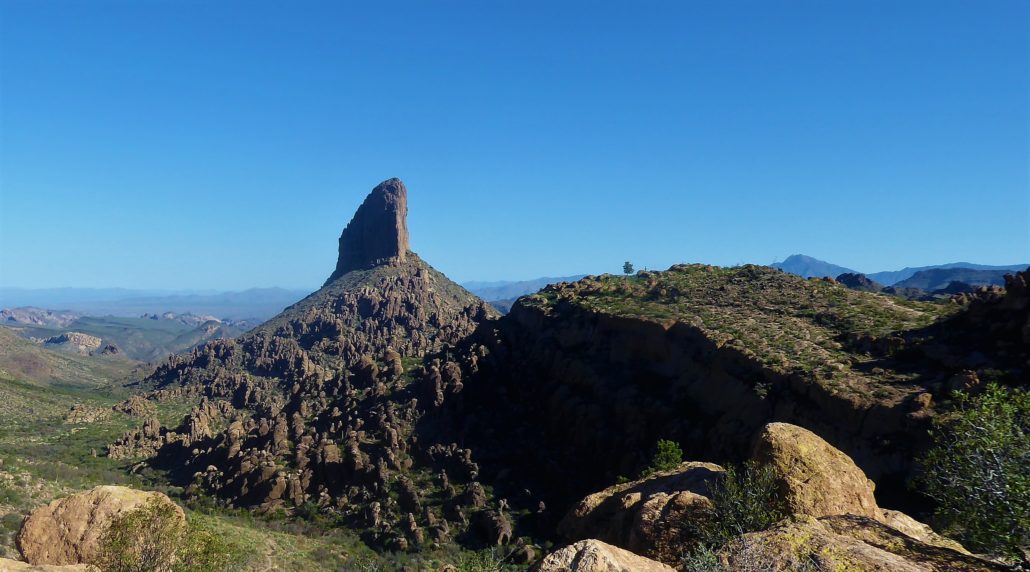 As you stand there taking it all in, you can’t help but wonder who in the past has stood in the same spot, looking out into the same view. The stretched out mountain range seems to roll on for eternity along with the blue sky above it. 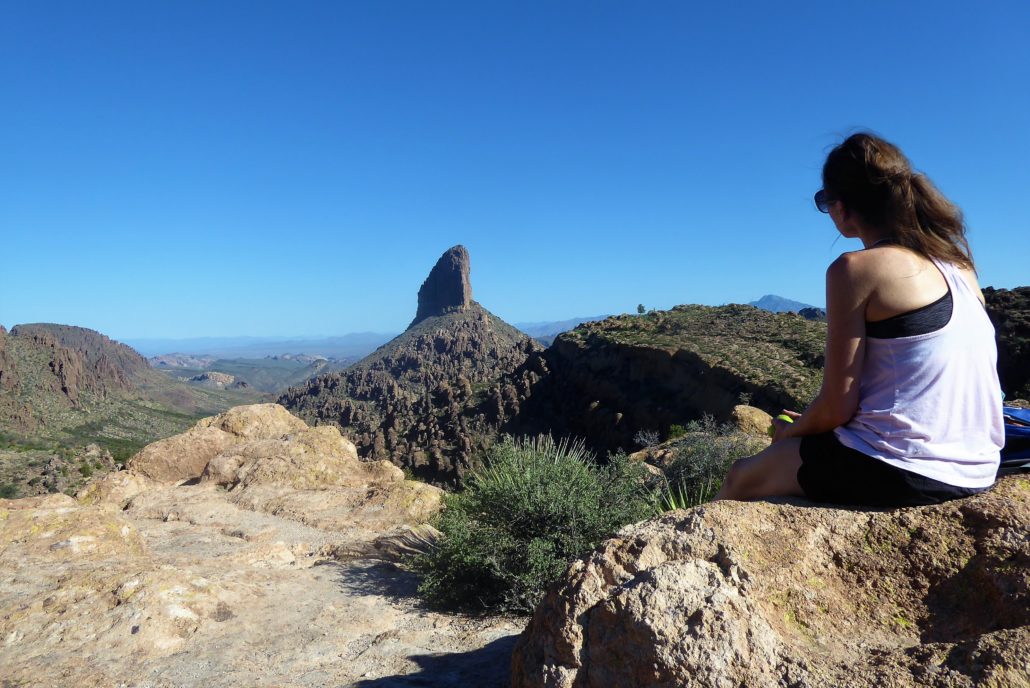 This area feels so special since only hikers get to witness this view with their own eyes. It brings us all a little closer to being a part of the legend ourselves. Regardless if the legend is true or not you can’t help but to look out and wonder if … maybe there is gold out here somewhere … 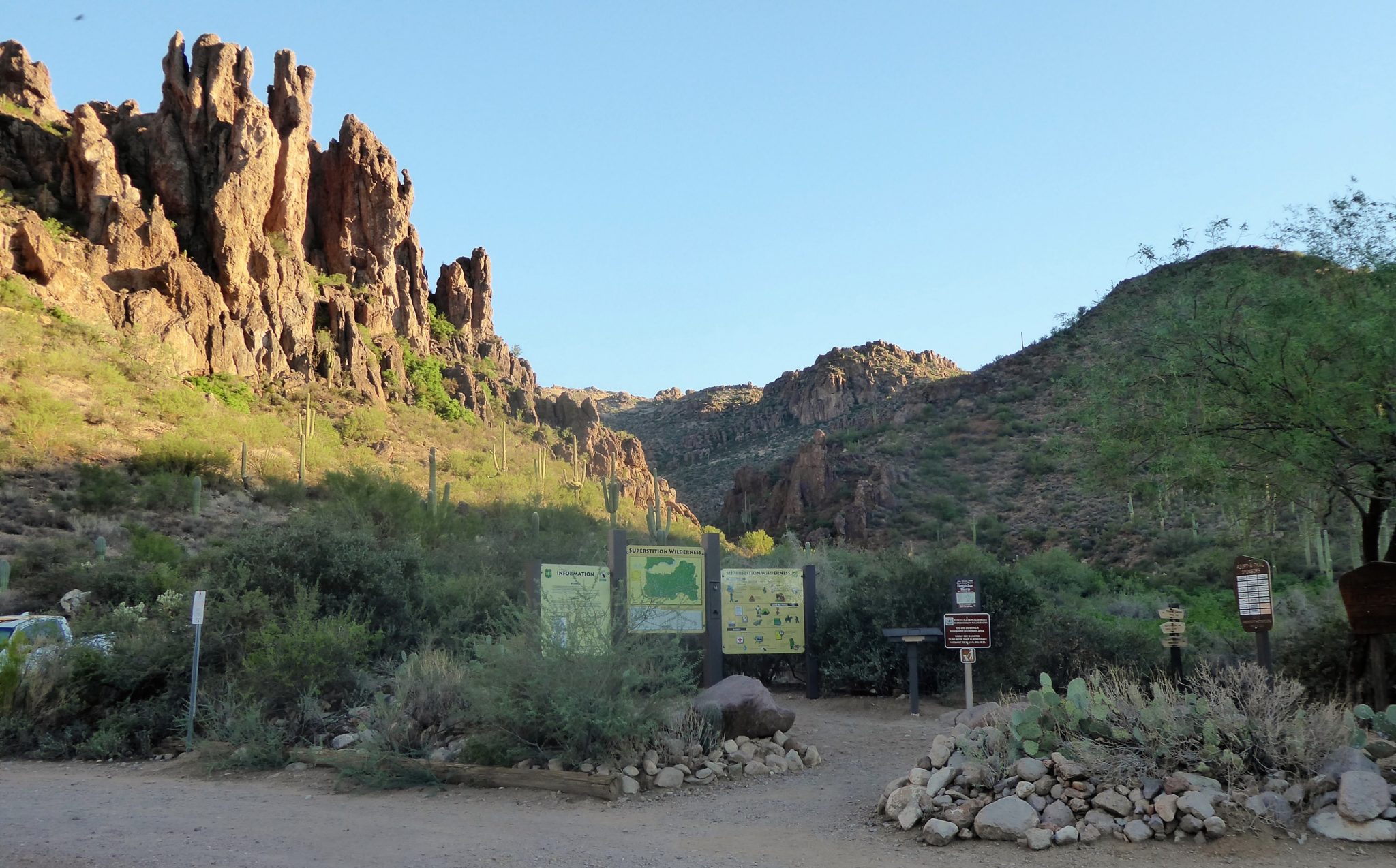 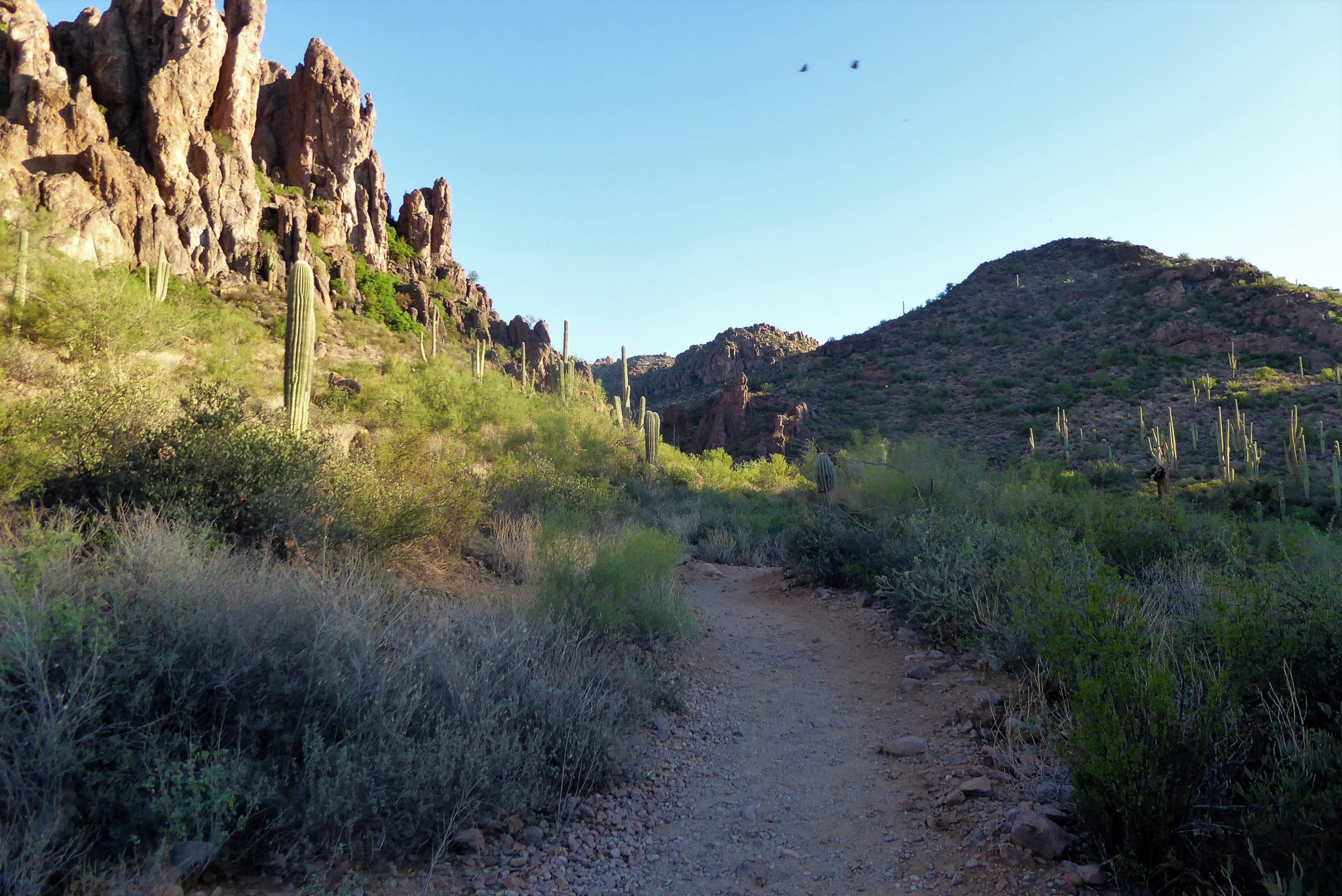 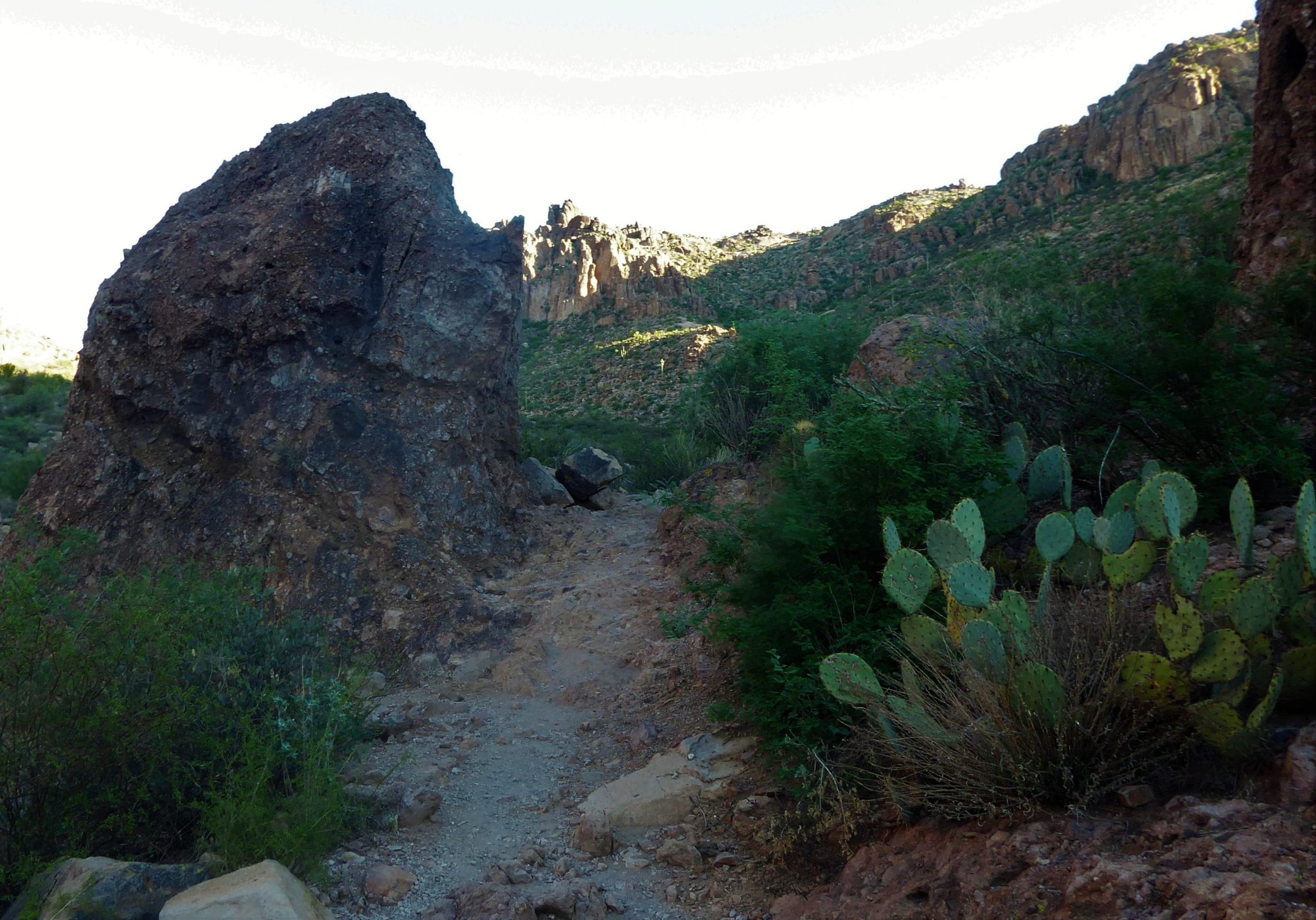 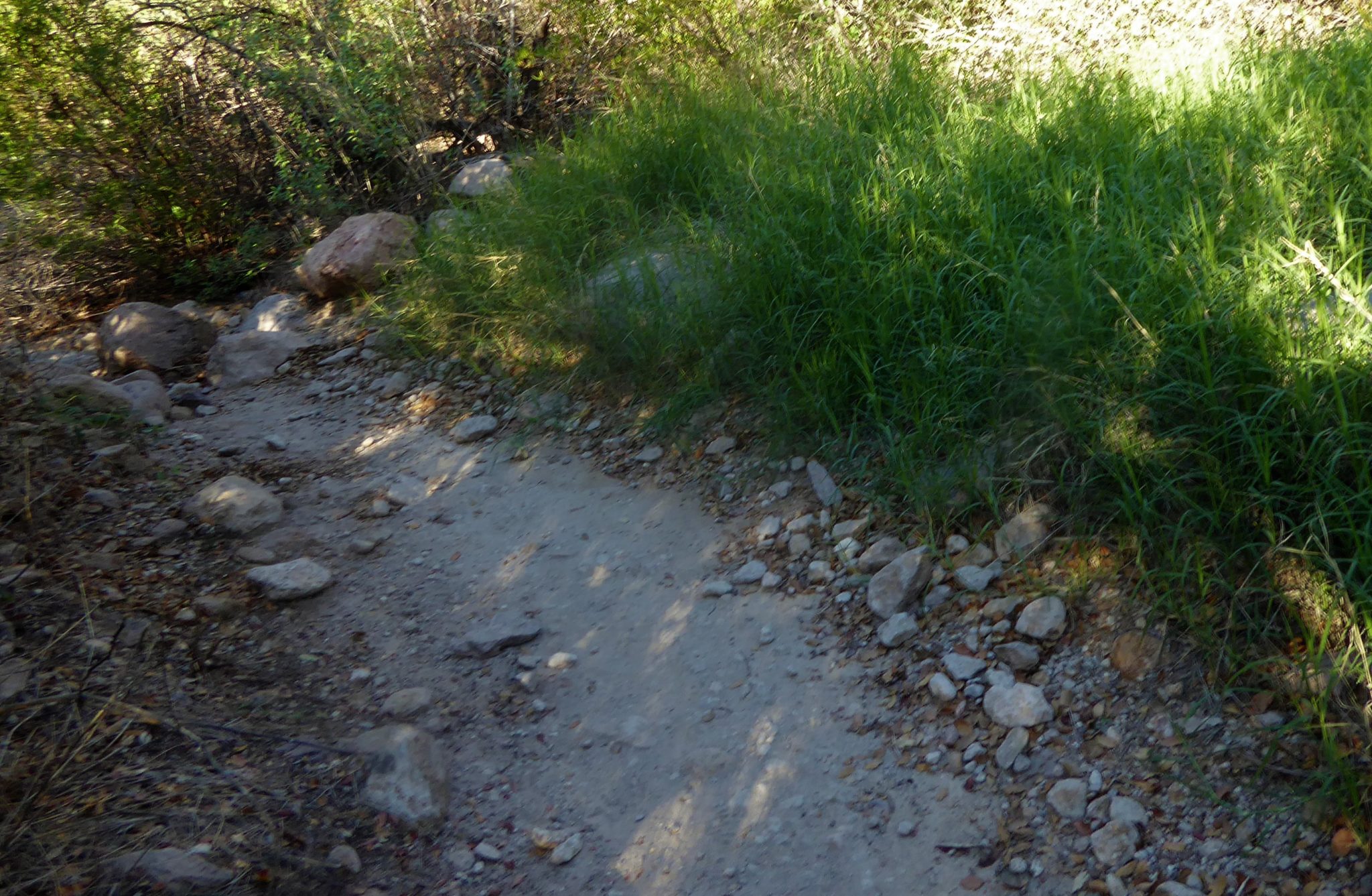 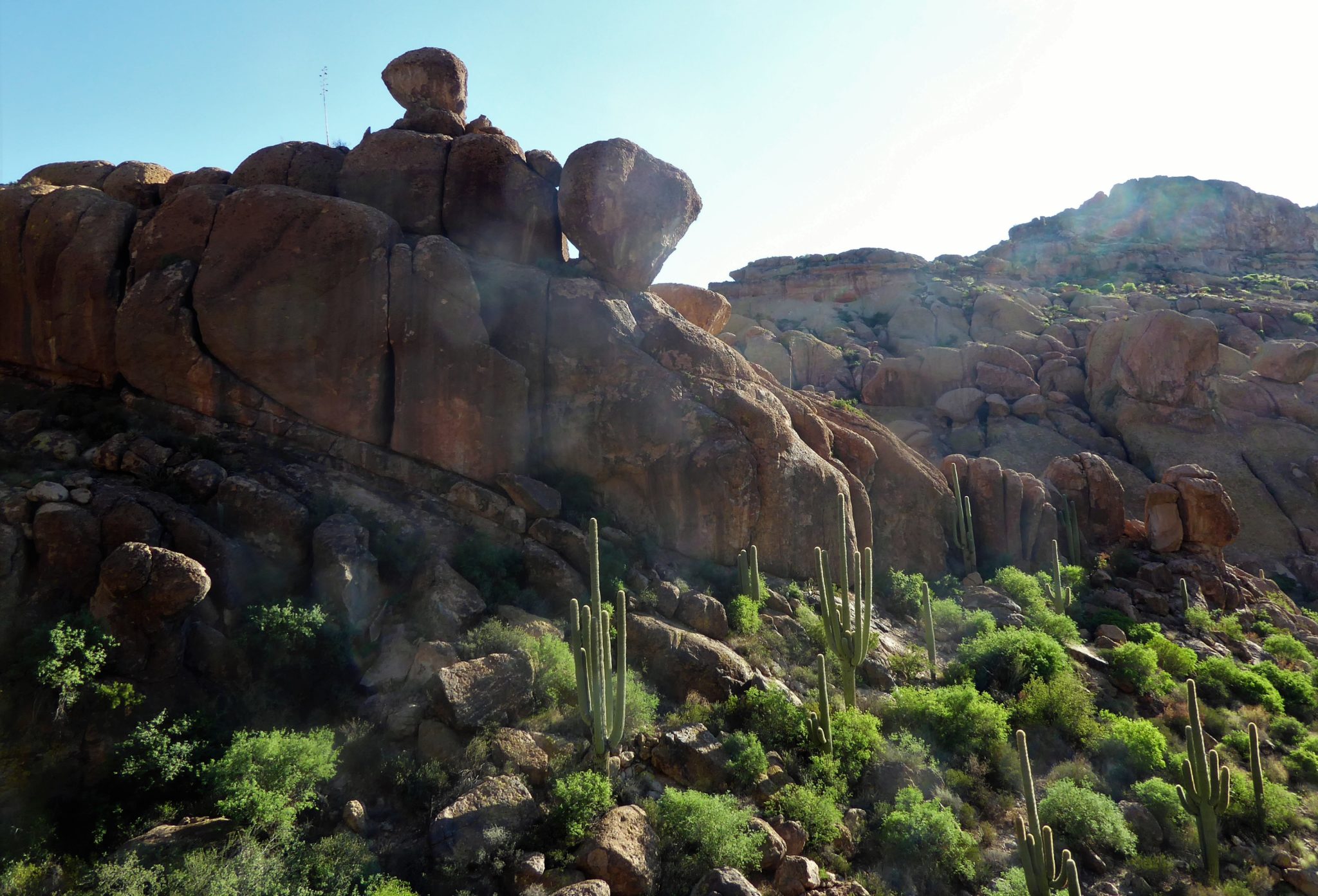 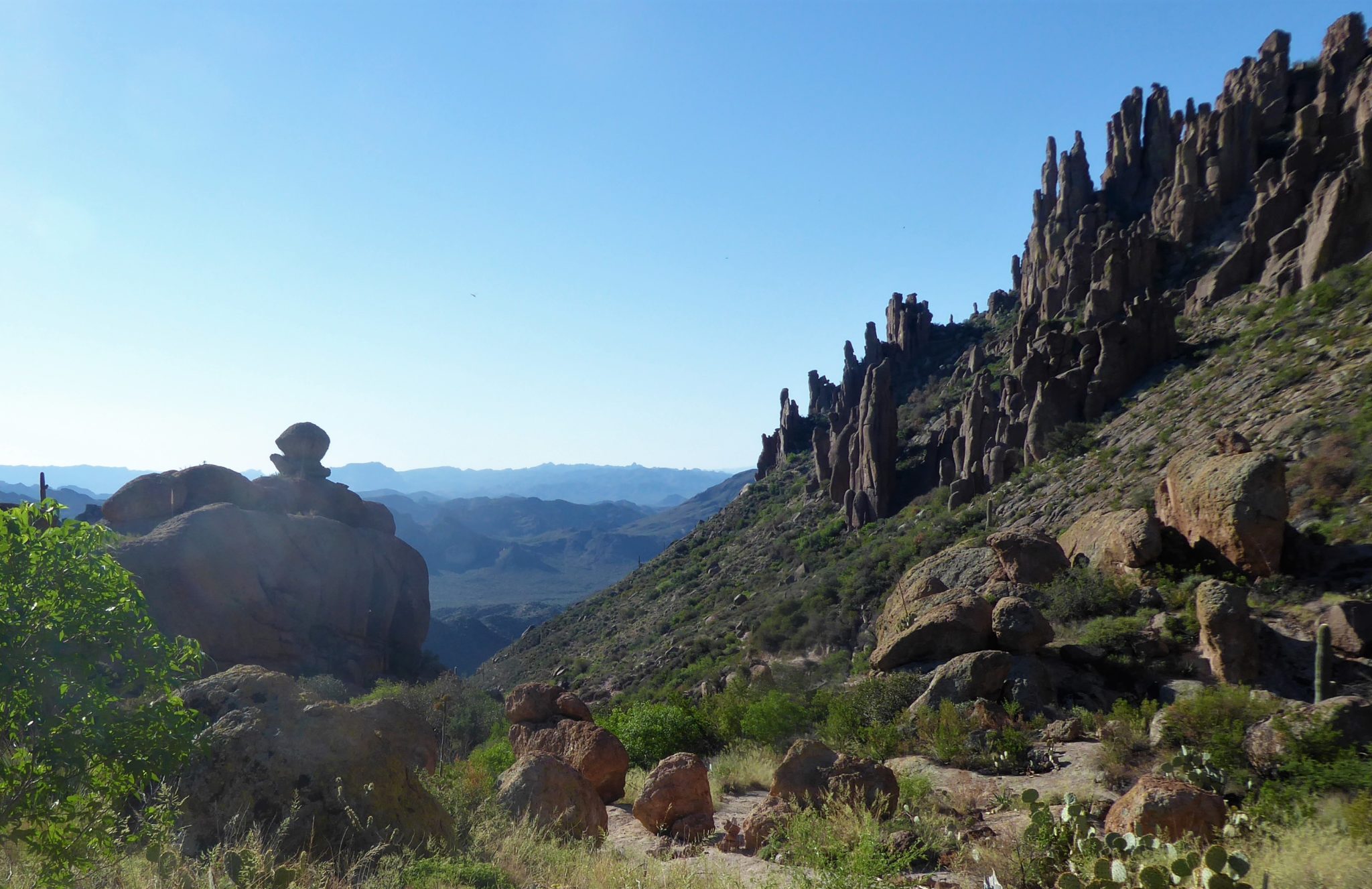 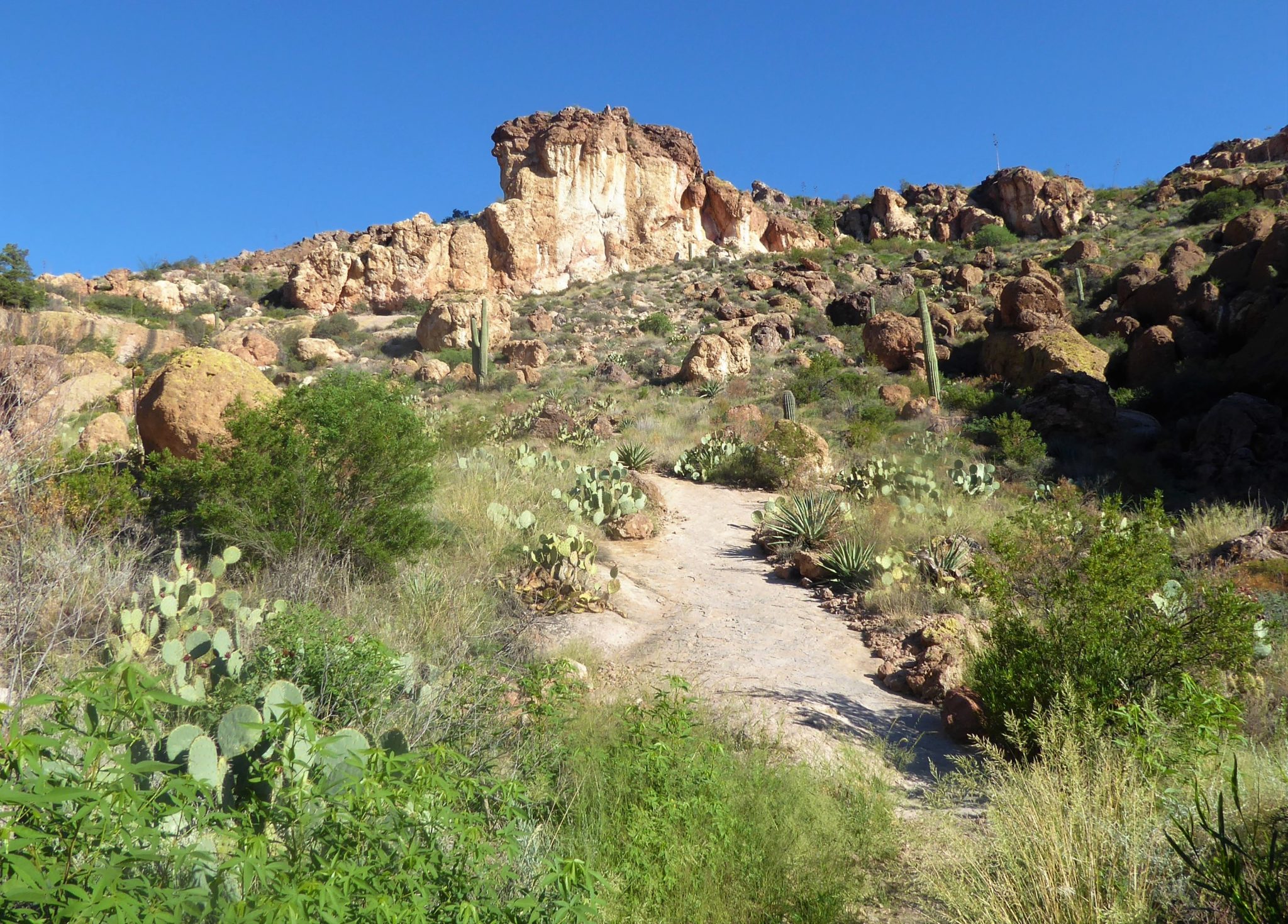 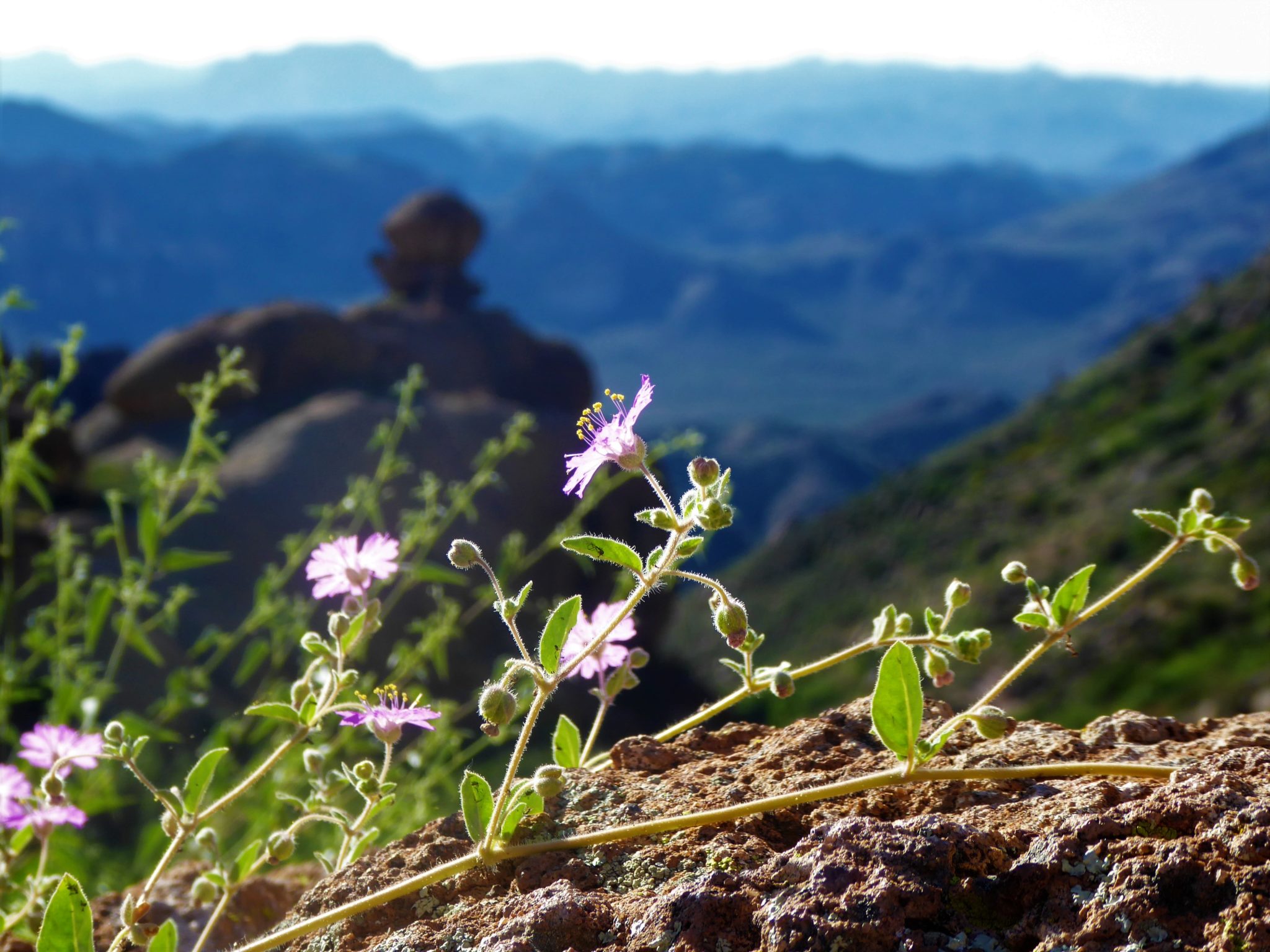 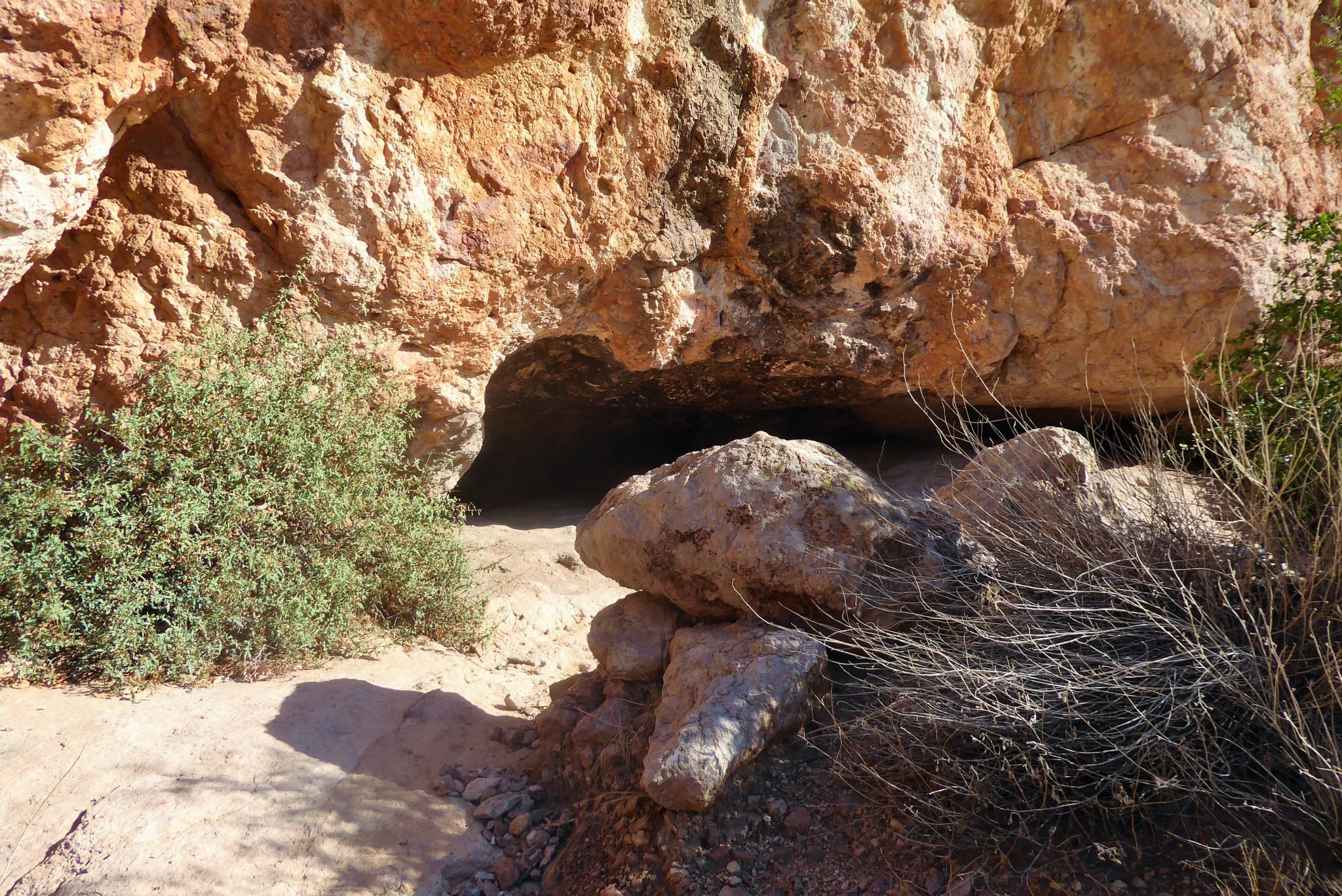 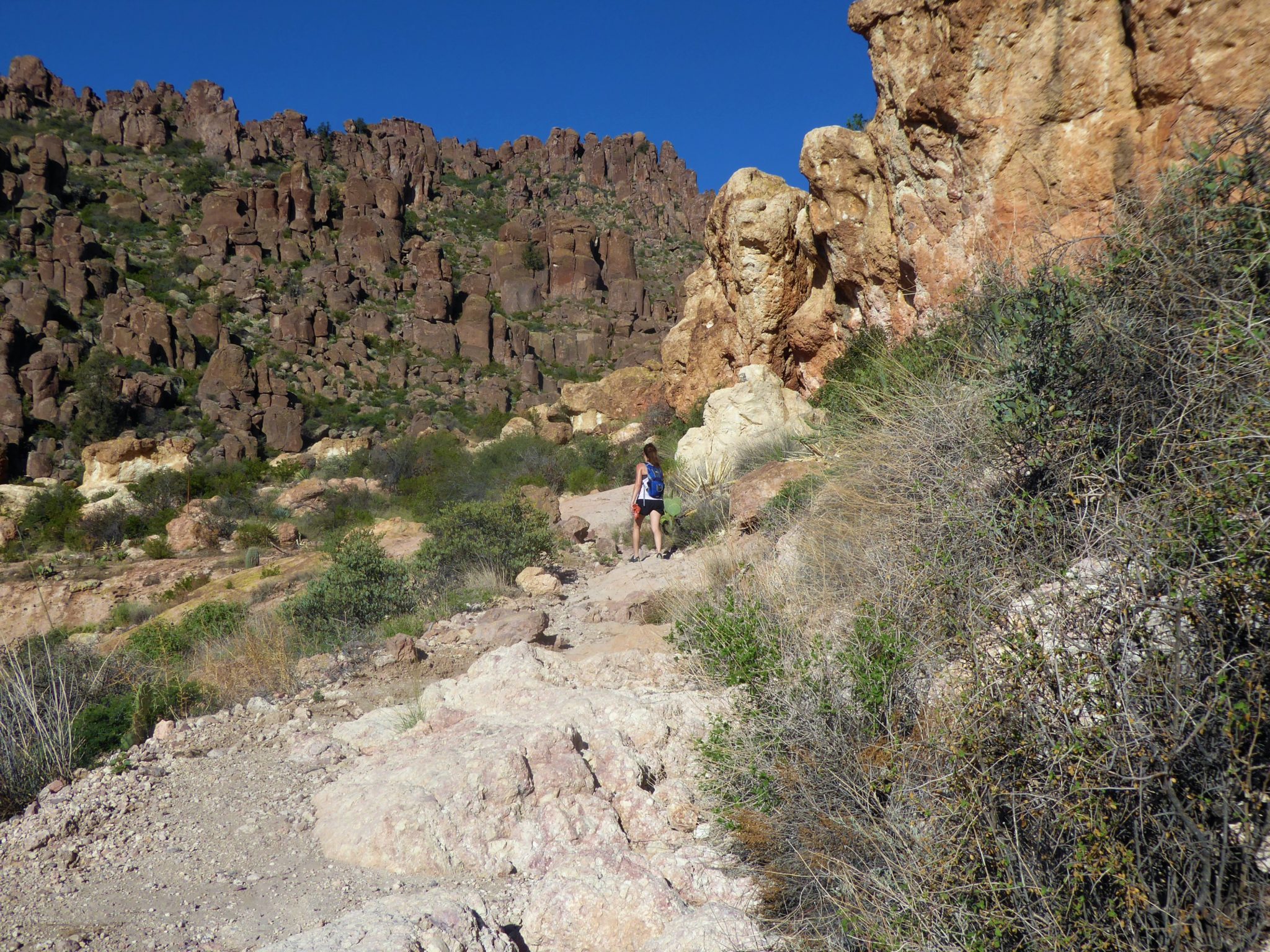 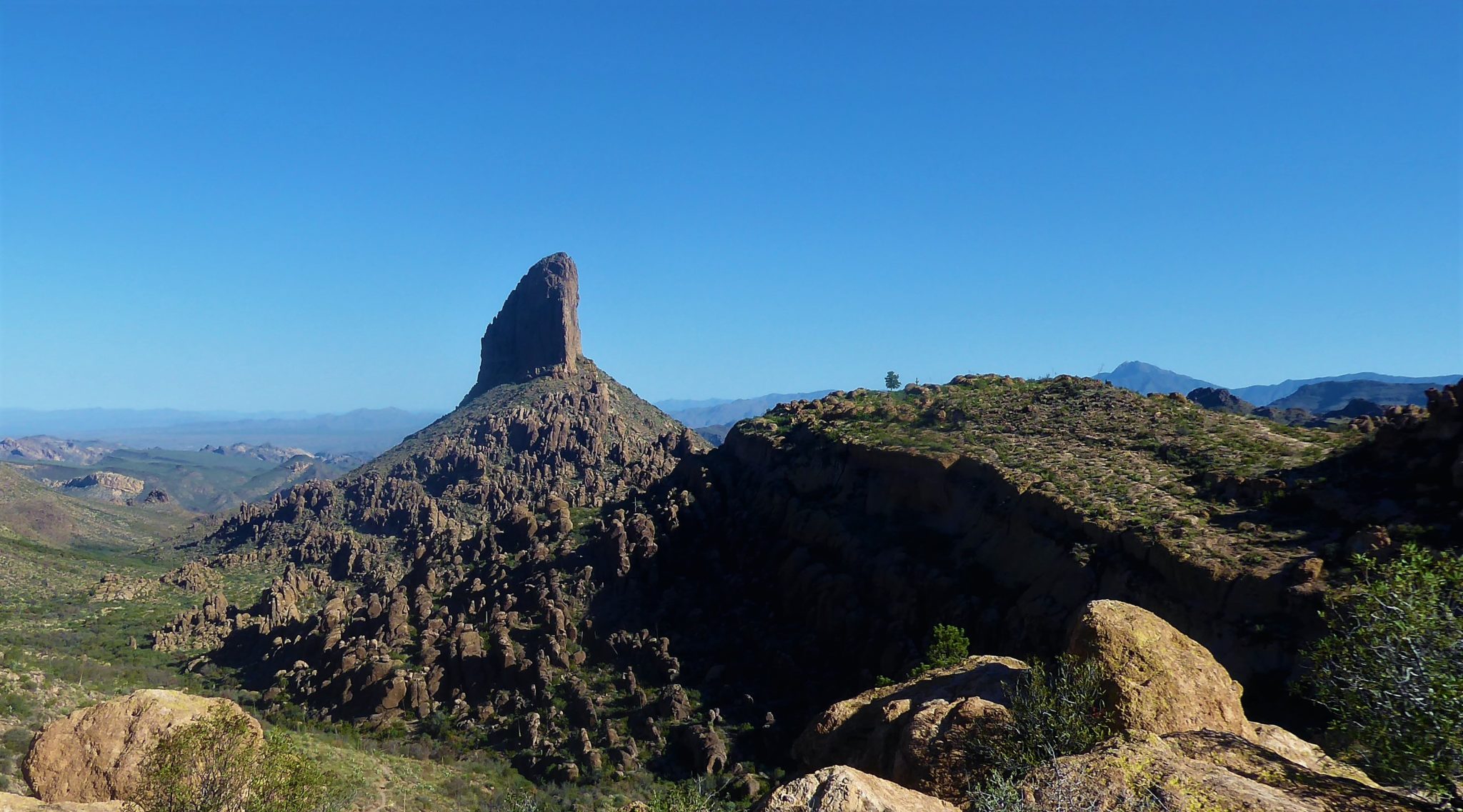 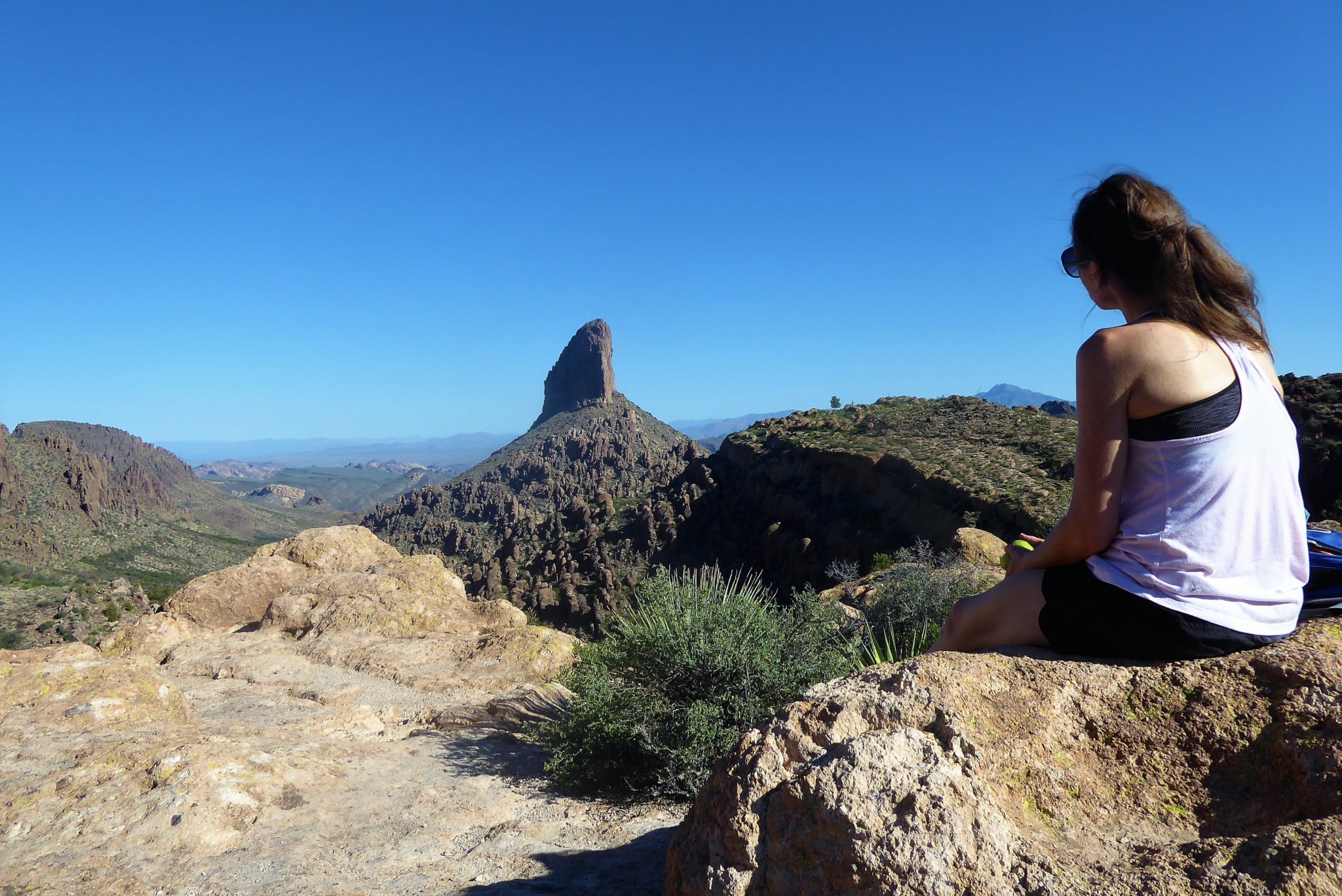 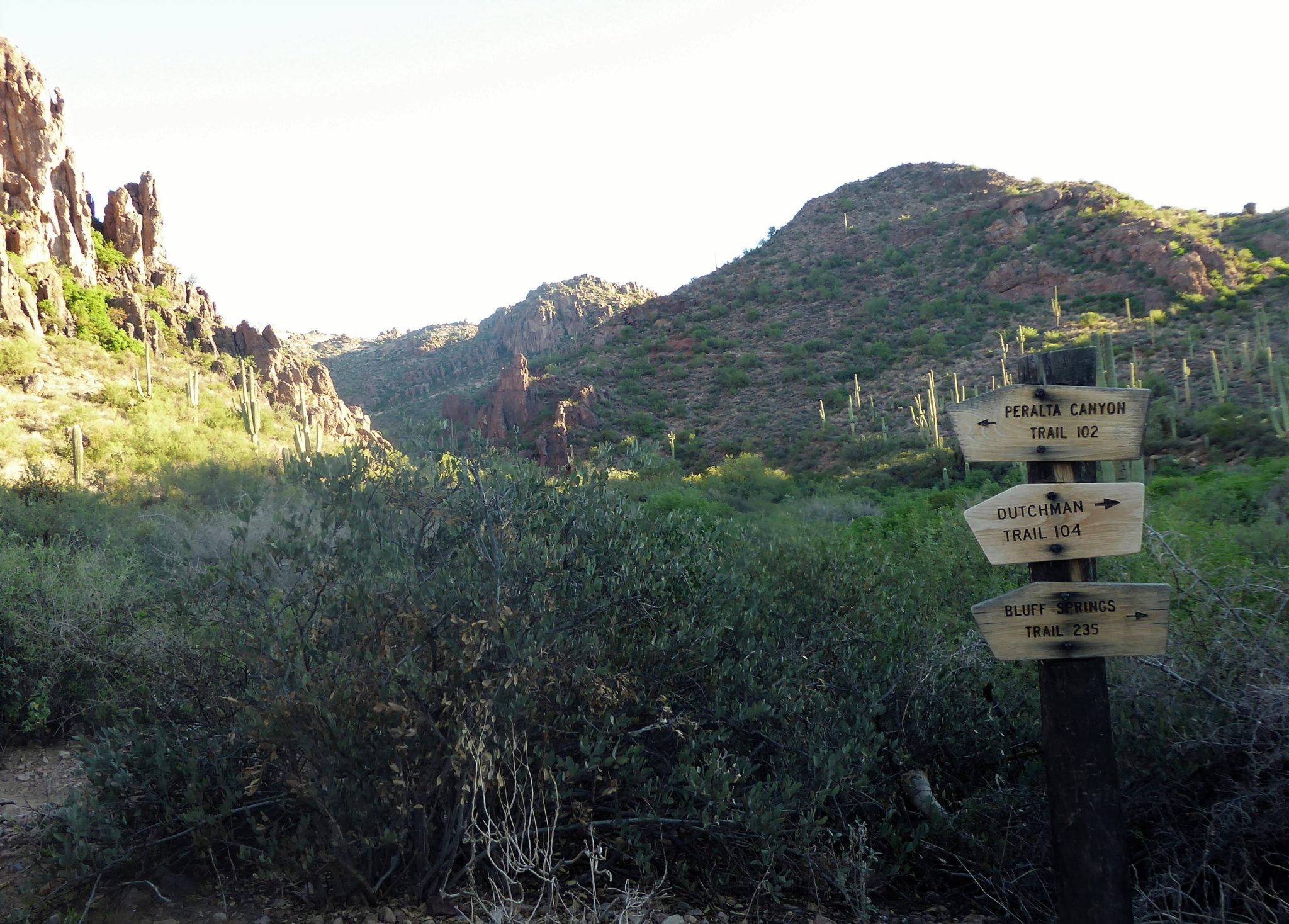 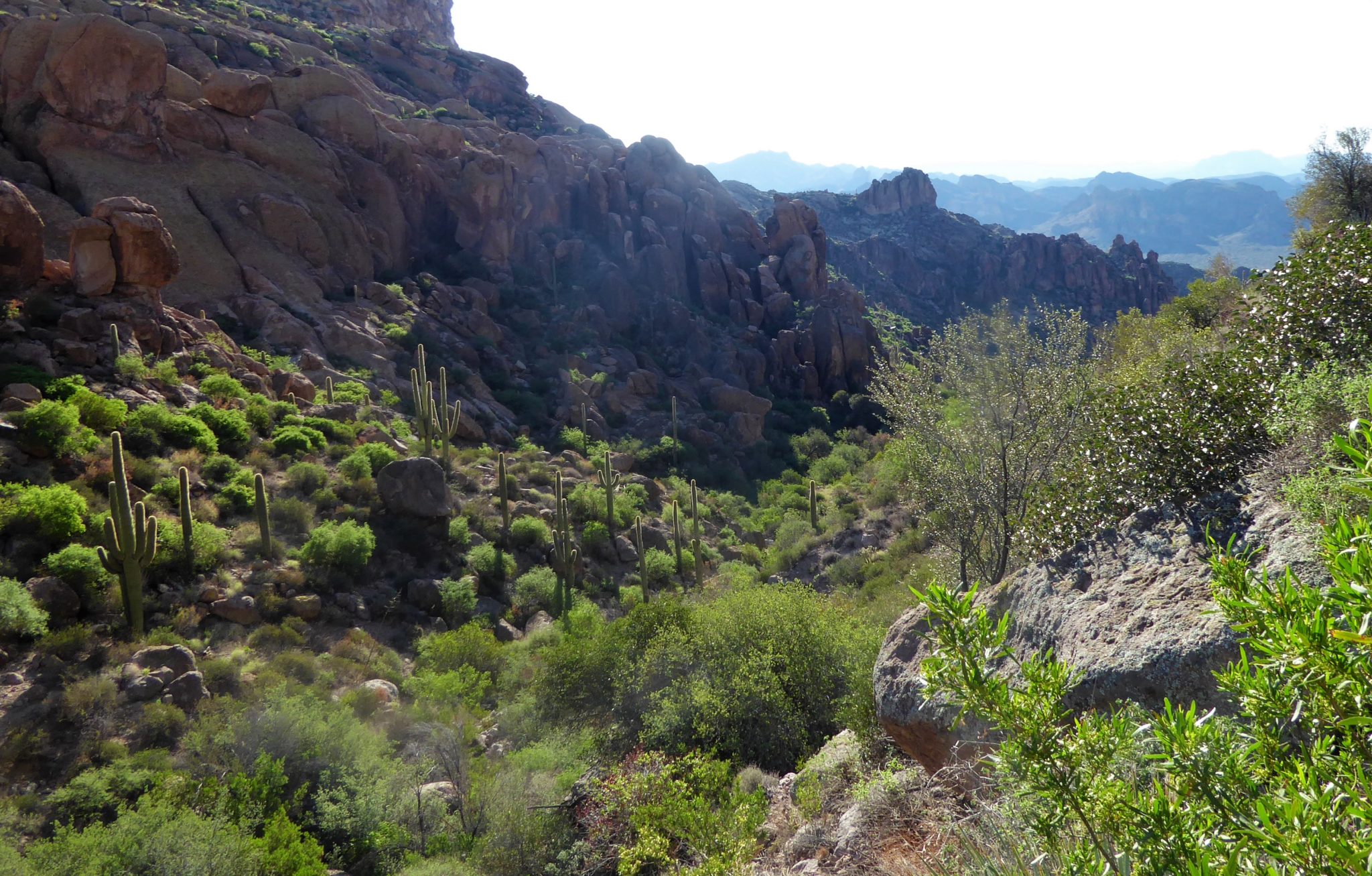 This path is clear and easy to follow. It does not intersect with other trails, so while there are no trail signs along the way, it is well maintained and straightforward to follow.

From Phoenix, take the US-60E for about 35 miles until freeway ends and continue to follow straight. Turn left onto Peralta Road and continue along the dirt portion of this road for another 7miles. Once at the very end of Peralta Road, you will see parking for the Peralta Trail.