From March 1st through October 31st, the 231 acre Tom McCall Preserve is open to hikers to enjoy sweeping views of the Columbia River Gorge, up-close looks at the region’s unique geology, and a transitional zone between the plant communities of wetter Western Oregon and its drier, eastern counterpart. But the main seasonal draw of the Tom McCall Preserve is wildflowers. These showy wildflowers can start as early as mid to late February and last through June, but generally the peak blooms here are between April and May each year. If it’s peak bloom season, good weather, and a weekend, prepare for some serious crowds on the hike to Tom McCall Point.

The hike begins at the cul-de-sac pull out at Rowena Crest. There are two hiking routes that leave this area — an easy, relatively flat walk to the Rowena Plateau heads off to the north across US-30. You’ll head to the west end of the cul-de-sac and venture south on the Tom McCall Point Trail, which begins as a broad, mostly level footpath. 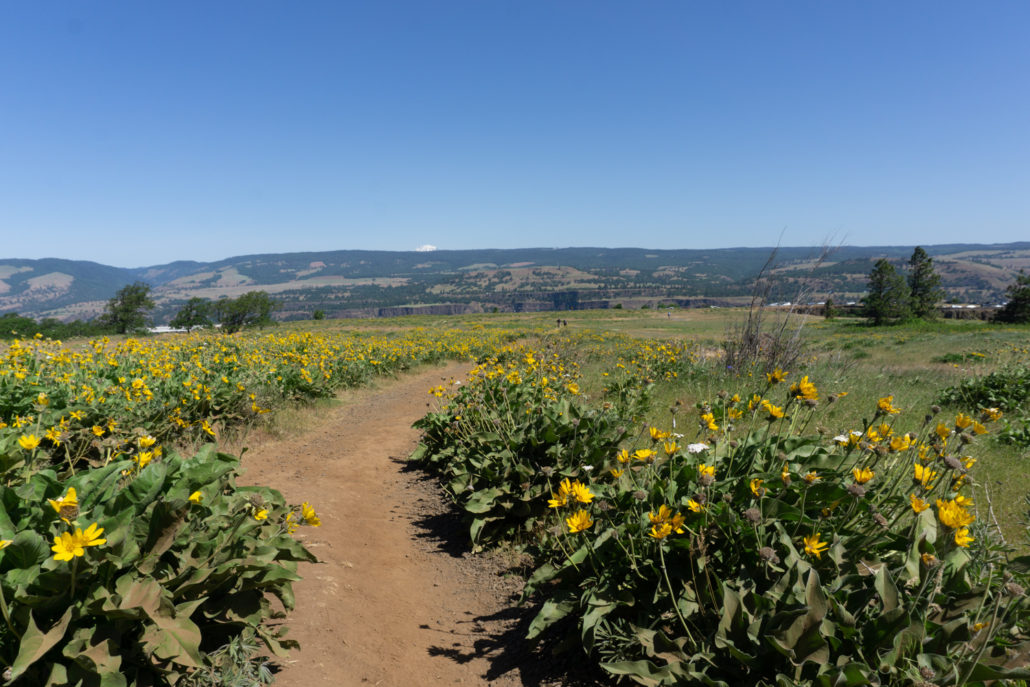 If you’re hiking here in mid May, you might be met with this sea of yellow sunflower-type flowers. These are Basalm root, and they form huge meadows here at Tom McCall Point that can sweep up steep hillsides and seem to extend on forever. The further up the trail you get, the greater variety of flowers you’ll see, too. The trail starts to gain a bit of elevation, and at 0.3 mile, keep left to continue heading south (and up). Keep an eye out for violet lupines, blazing red Indian paintbrush, and other flowers. 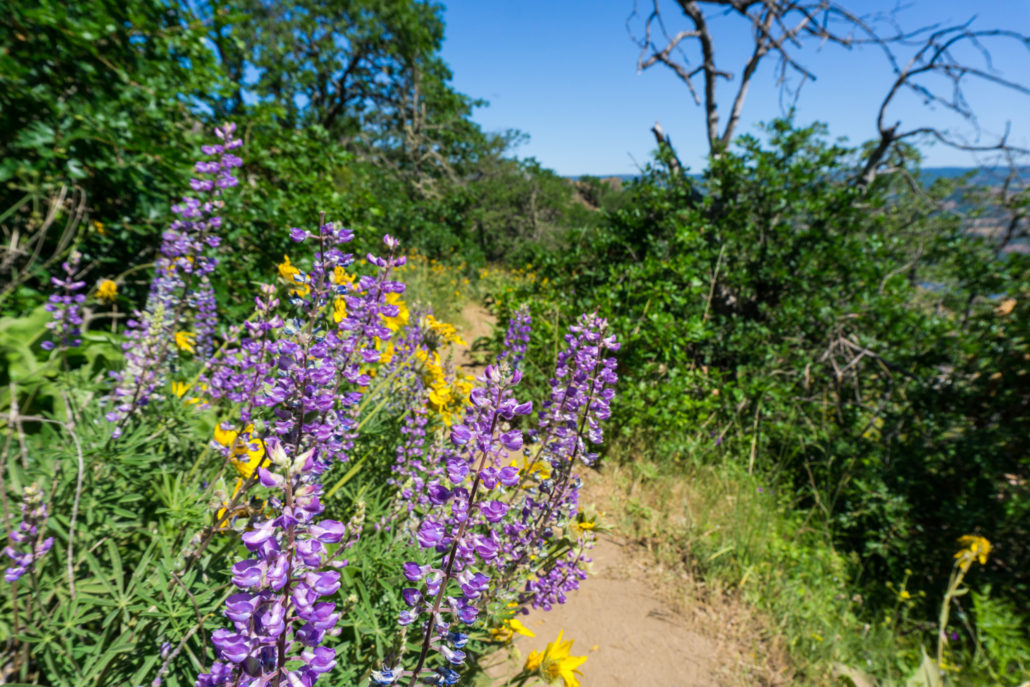 Oh … and also don’t forget to look back at the Columbia River Gorge, either! 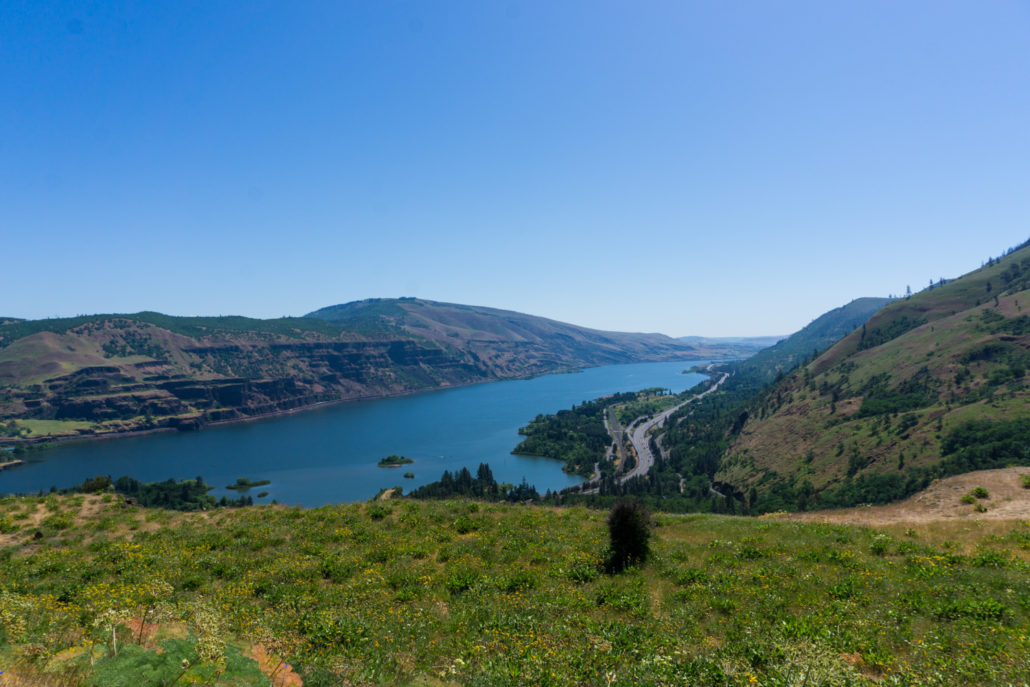 Around the 0.6 mile mark, the trail ducks into a small grove of Oregon White Oaks. The Oregon White Oak is one of only four deciduous oaks native to the west coast, and its range extends from Vancouver Island in British Columbia down into Northern California — with a few remnant colonies in the Sierra Nevada, too. Oak trees in general are some of the most valuable plants for their ecosystems, and the Oregon White Oak is no exception. These trees can grow to 90 feet tall and live for 500 years! Mature White Oaks are also fire resistant … and botanists have found that when moderate, naturally occurring fires are suppressed, the White Oak actually has more trouble gaining a foothold in the region. 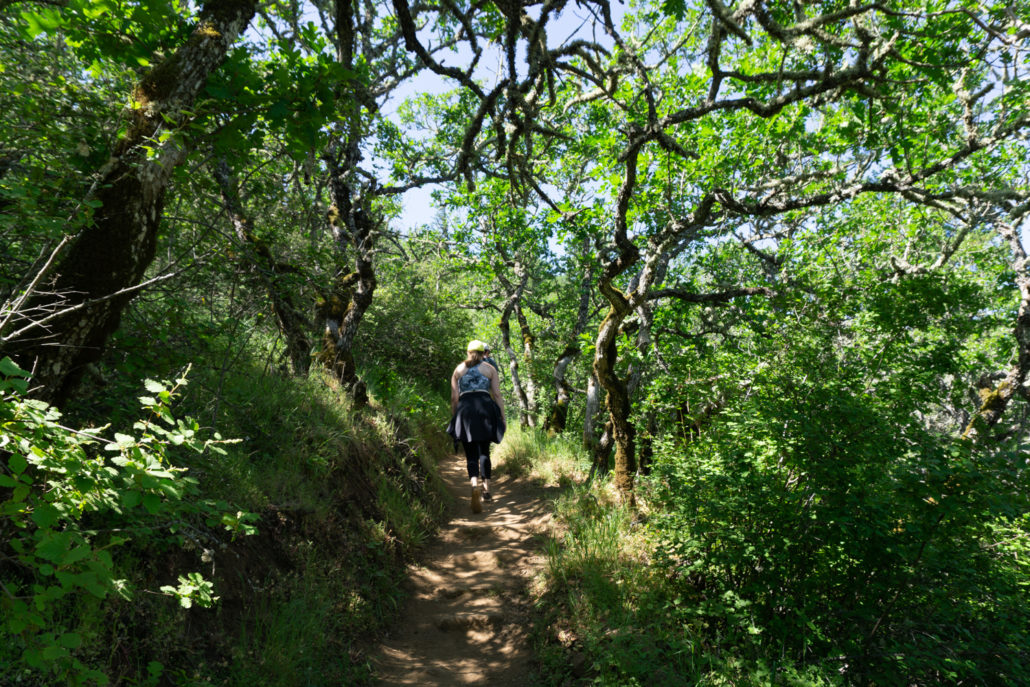 The trail hovers above a large meadow to the north before kicking in the elevation gain just after the 0.7 mile mark. 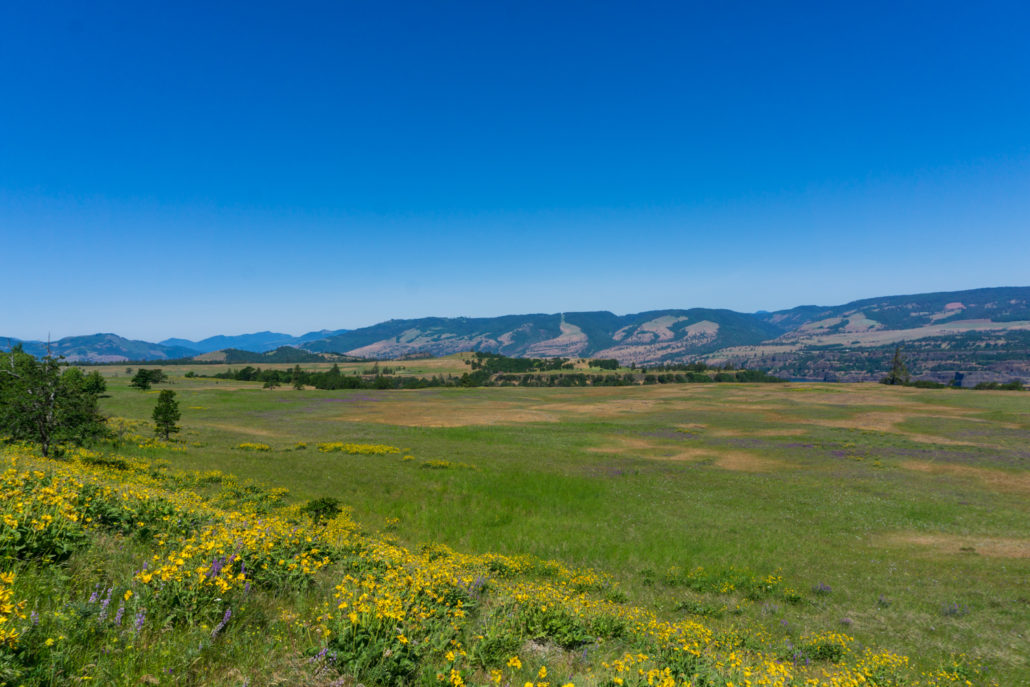 Even when it’s at its steepest, though, the gain here isn’t too tough. Plus, you’ll have plenty of beautiful things to look at to keep yourself distracted. 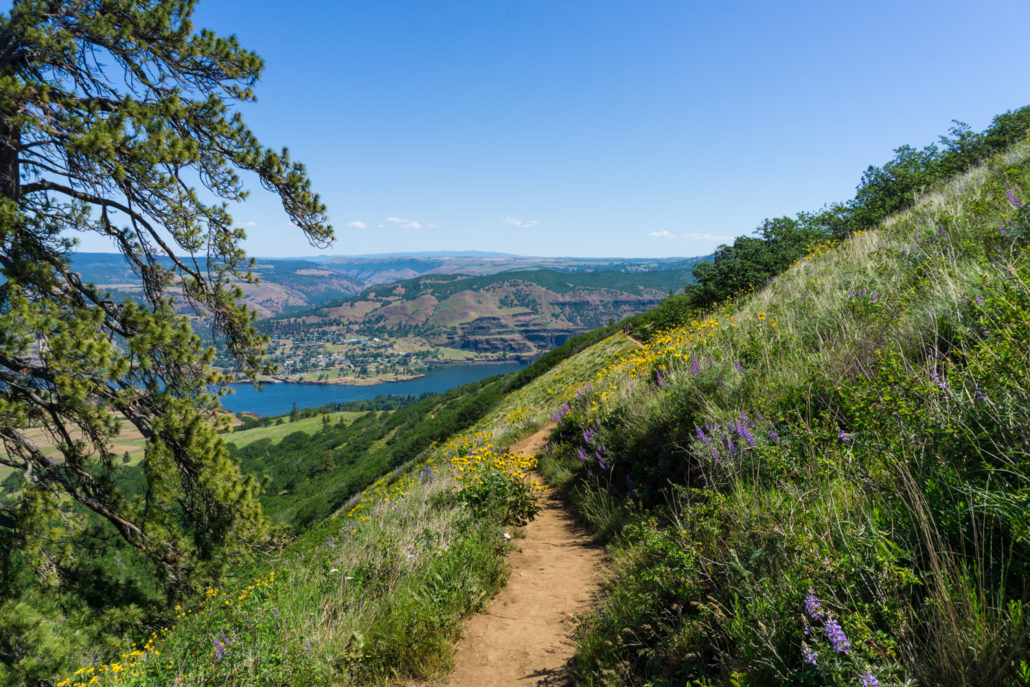 Tom McCall Point and the Tom McCall Preserve are named for — you guessed it — Tom McCall! A former radio and television newscaster, Tom McCall produced a documentary for Oregon’s first television station KGW about pollution in 1962. The documentary “Pollution in Paradise” focused on air quality and pollution in the Willamette River, which runs through Portland. Public reaction to the documentary pushed the Oregon state legislature to tackle its first environmental legislation the next year. 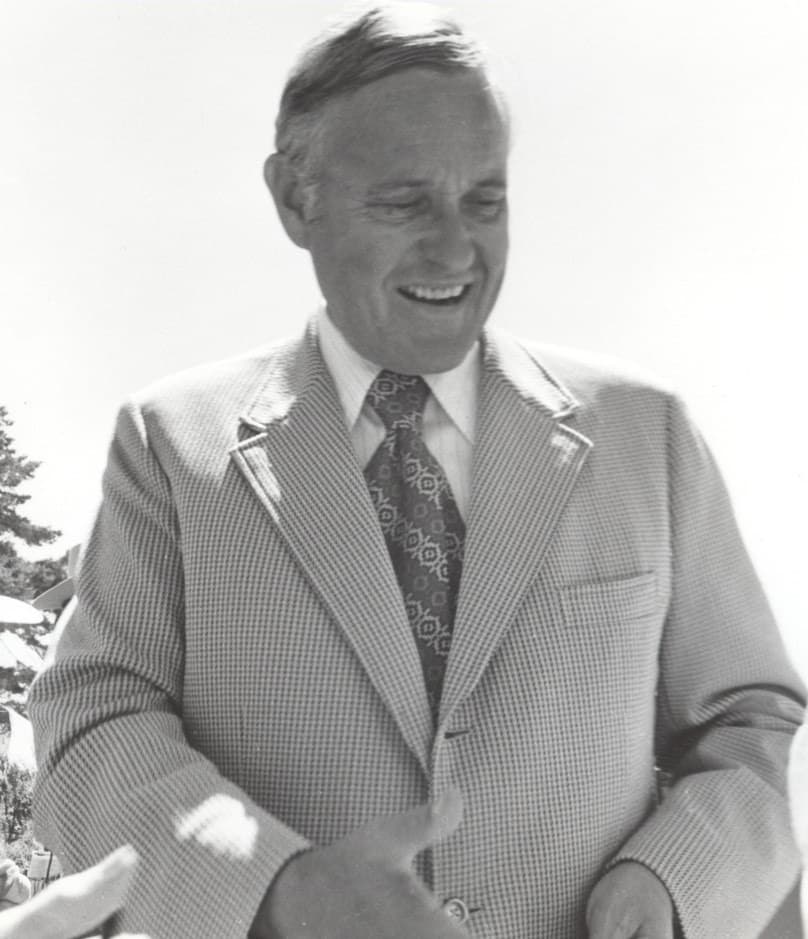 McCall eventually ran for governor in 1966 and served for two terms, where he signed a number of groundbreaking environmental bills, including the first-in-the-nation bottle return bill, laws that strengthened Oregon’s public ownership of beaches, a major cleanup initiative of the Willamette River, and a statewide land-planning system that controlled sprawl around the state’s cities. He kicked off the process that removed a riverside freeway from the Willamette River in Portland and replaced it with a park (also later named for him). In 2015, March 22nd was designated Tom McCall Day in Oregon. He also has a brief cameo as a newscaster in the 1975 film “One Flew Over the Cuckoo’s Nest” (based on the book written by fellow Oregonian Ken Kesey).

On exceptionally clear days, you may get a peak of snow-capped Mount Adams to the north as you continue to climb. It may just be peeking up right over the horizon. But, you will almost definitely be able to see Mount Hood to the southwest, especially as the trail nears a crest around the 1.5 mile mark. 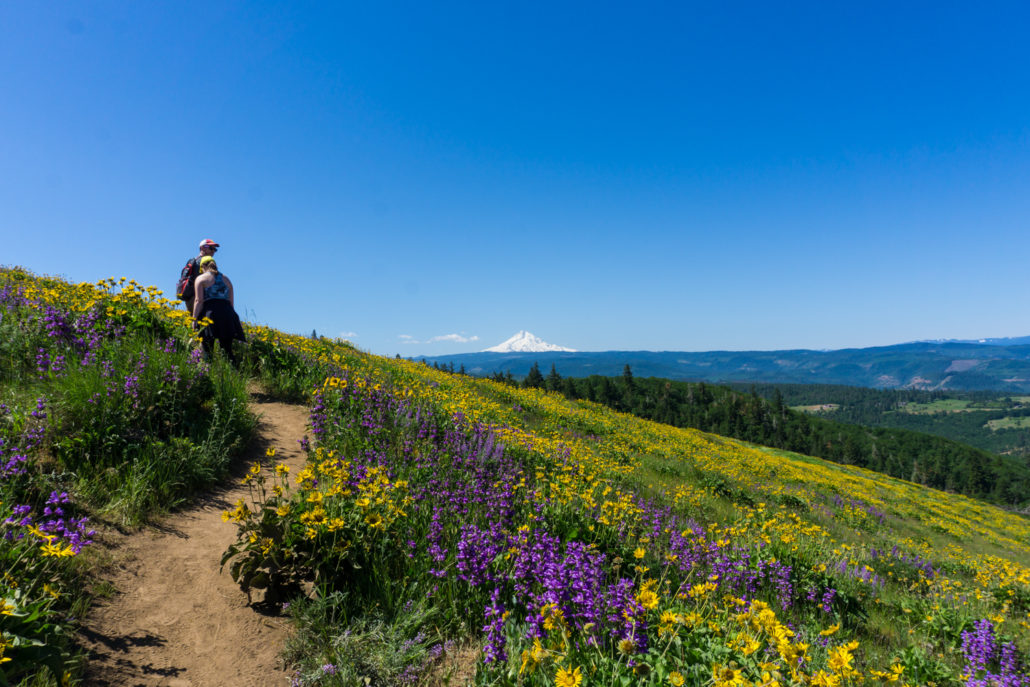 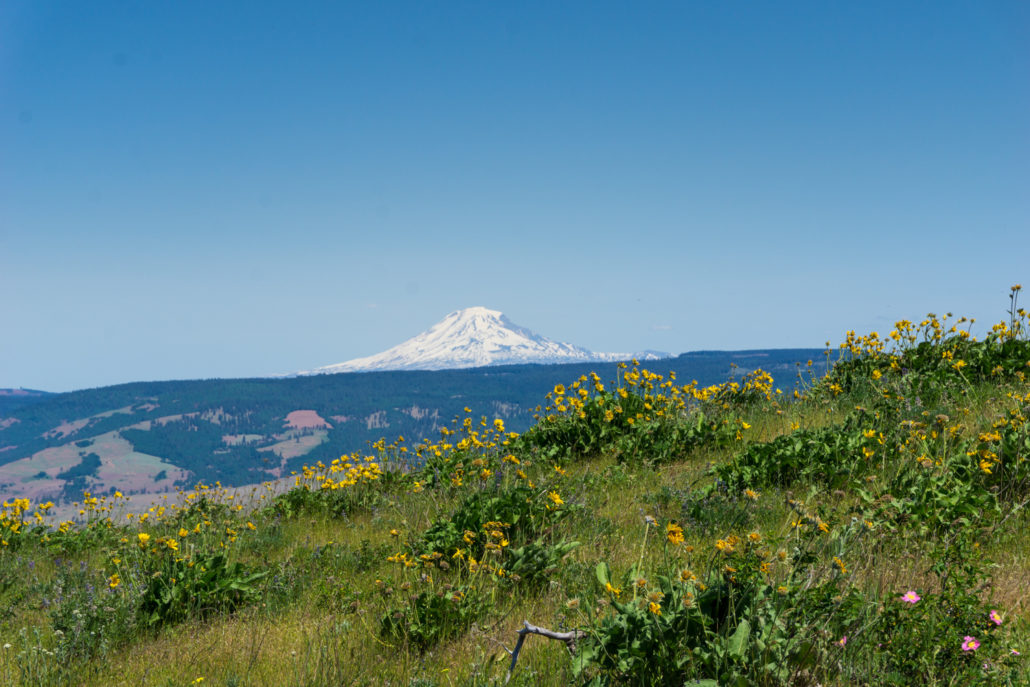 You’ll reach the summit at Tom McCall Point at about 1.8 miles, which is a great spot to chill out for a bit and really soak in the views. Please remember to stay on the trail at all times and don’t pick any of the wildflowers you see — this is a protected habitat! 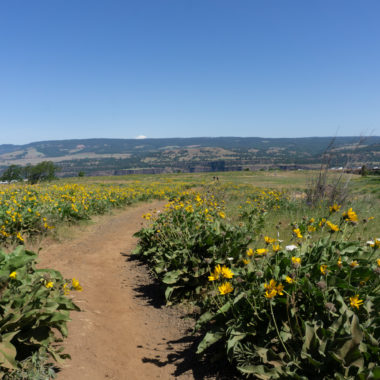 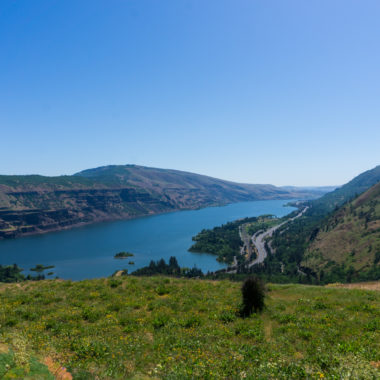 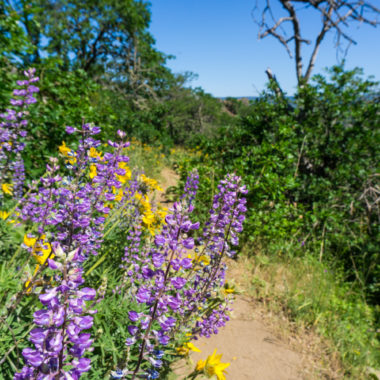 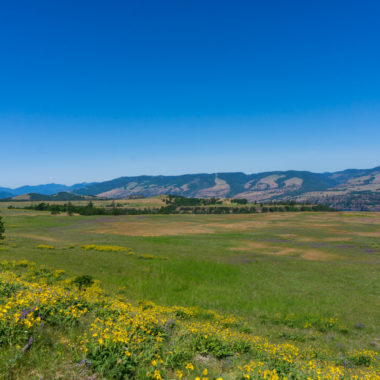 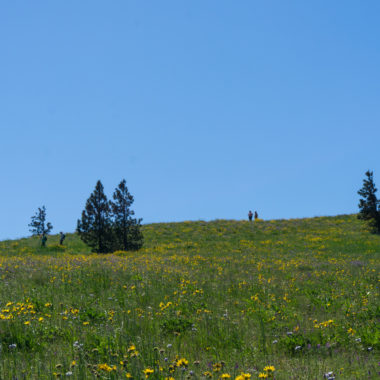 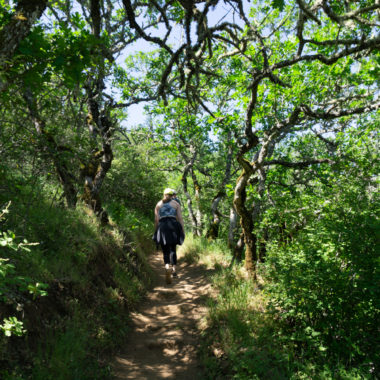 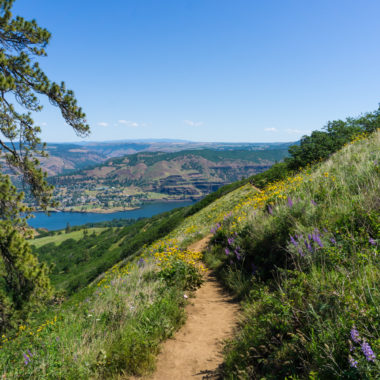 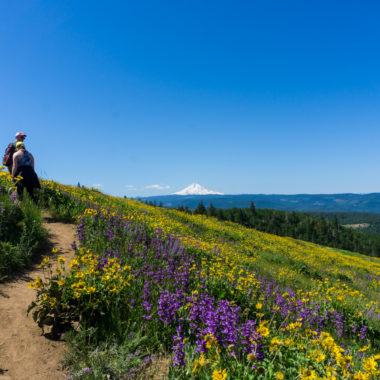 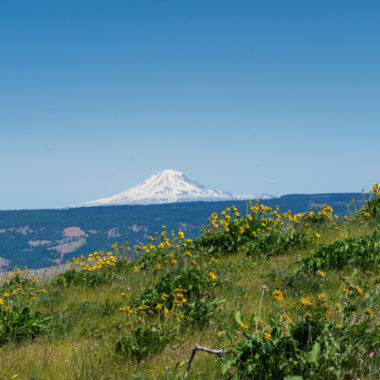 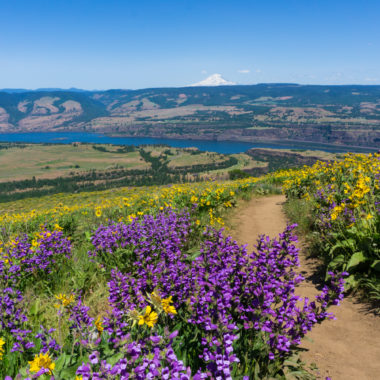 The trail is well-maintained and in very good shape. Note that this park is closed during the winter months to prevent erosion, and is generally only open from March 1 through October 31st. Dogs are not allowed.

Head east on I-84 past Hood River. At Exit 69, head east on Historic Columbia River Highway (US-30) for 6.6 miles. There is a small cul-de-sac near the trailhead as well as parking on the road itself. No permits required, but expect crowds in wildflower season. Trails are closed in the wet season -- generally from Nov 1 to March 31, but dates may change.