NOTE: The Interstate 5 widening project currently prevent hikers from crossing between the western and eastern halves of the lagoon. You can still hike in from the various trailheads, but a full exploration of the lagoon won’t be possible until they finish the construction project.

The San Elijo Lagoon features 7 miles of trail exploring a variety of ecosystems born from the mingling of fresh and seawater. This estuary environment creates a haven for bird life, making San Elijo Lagoon one of the best bird-watching locations in the coastal region of the county. 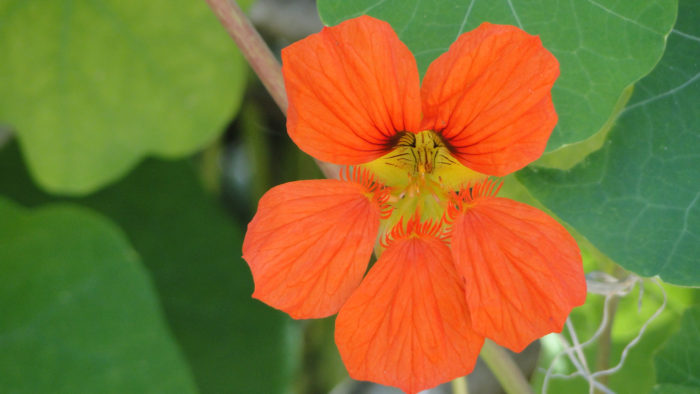 The northern San Diego County coast, popularly referred to as North County, contains six intertidal lagoons. The habitat in these lagoons has become increasingly rare following over a century of development, and now only 10% of the remaining habitat exists in varying stages of preservation and health. Each lagoon provides crucial habitat for San Diego’s panoply of bird life both through the intermingling of ocean and freshwater and San Diego’s strategic position on the Pacific Flyway. This north-south migratory route for birds traveling anywhere between Alaska and Patagonia sits directly over San Diego County, and many birds choose the lagoons as optimal stopping spots. Accordingly, the San Elijo Lagoon and the other five lagoons in North County are popular bird watching locations, especially during the transitional seasons of fall and spring. 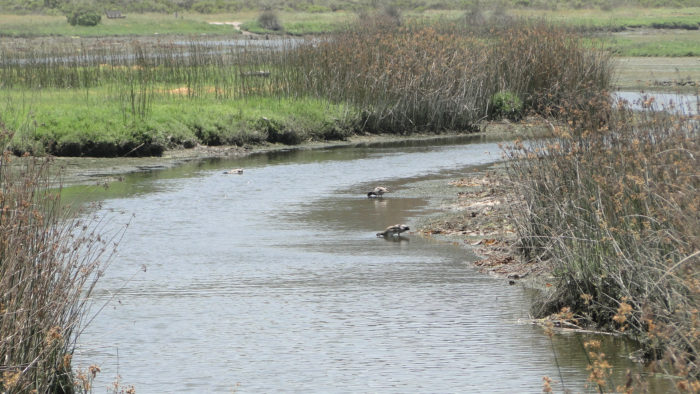 The health of the San Elijo lagoon is a work in progress. Much of the lagoon appears silted in, giving the appearance of a large marsh as opposed to the more obvious bodies of water at Batiquitos and Agua Hedionda. The nearly 1,000-acre reserve contains about 700 different species of flora and fauna, many of which are rare or endangered. The health of this impressive biodiversity is likely dependent on efforts to restore the lagoon’s intertidal flow. Numerous hydrological barriers, including two major highways and a railway line impede the influx of saltwater from the ocean. 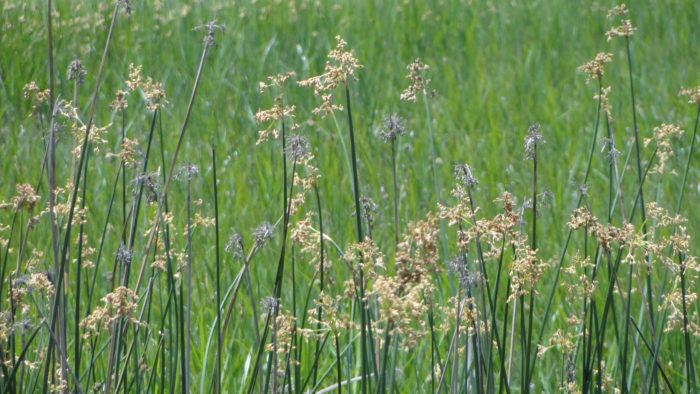 A restoration plan 24 years in the making is currently being considered by the San Elijo Lagoon Conservancy. This plan intends to address these habitat issues and restore the health of the lagoon. The restoration project seeks to widen, restore, and relocate water channels to improve water circulations. In some instances, the restoration may alter the topography in order to channel the water according to more traditional courses. 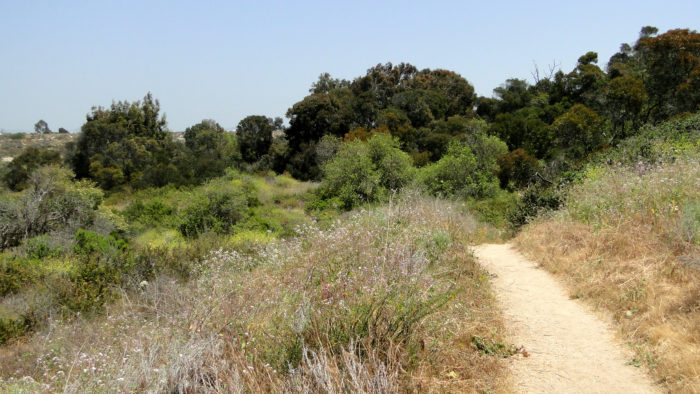 A 7 mile trail network with multiple access points travels mainly along the lagoon’s southern shore. The most extensive hike travels between the North Rios Trailhead and the La Orilla Trailhead to cross the preserve from west to east and back. A spur trail travels north along the train tracks, and additional spurs east of I-5 travel north from the main route or south toward  the community trailheads at the ends of Santa Ynez, Santa Carina, and Santa Helena Streets. A small loop trail radiates from the visitor’s center on the lagoon’s north shore. 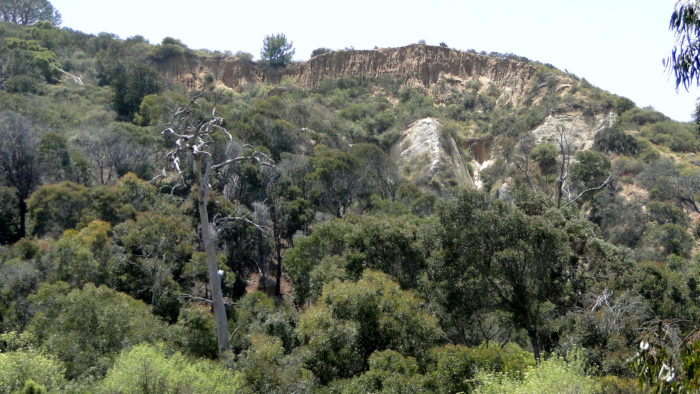 To hike the 4 mile route across the lagoon and back, start at the N. Rios Trailhead, and immediately descend along the wide track to follow the south edge of the lagoon. At .4 mile where the trail splits off at a Y-junction, keep to the left for the route that stays closest to the water before reuniting with the southern branch of the trail just before an embankment supporting Interstate 5.

Should you decide to keep to the right at the Y-junction, you’ll pass by a junction for Holmwood Canyon. The trail here leads up-canyon toward a community access point for the lagoon’s trail network. Not long beyond Holmwood Canyon, a looping spur trail branches off to the right toward Annie’s Canyon. This fascinating new addition to the trail network opened in 2016 when the combined efforts of the Conservancy and the County removed the bulk of the graffiti on the narrow sandstone canyon walls, carved out a unique “trail” through the slot canyon consisting mostly of footholds, and then constructed a switchbacking descent back down to the main route. This is a section of the trail you will not want to miss. 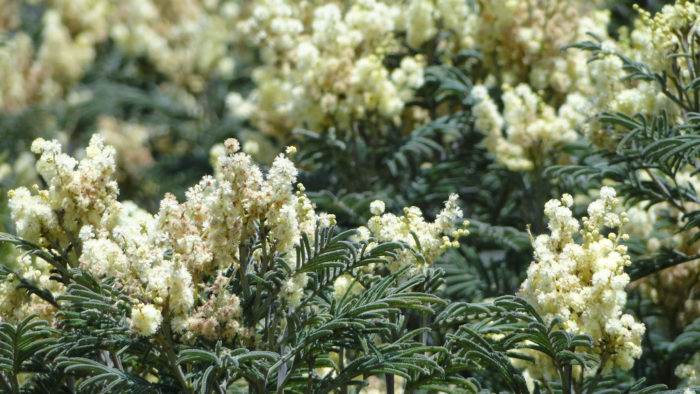 In 2017, road work began on widening Interstate 5 through the lagoon to fix what has become a particularly nasty traffic bottleneck. This widening project will impact your ability to travel through the preserve from west to east, as the project effectively bisects the lagoon precluding hiking traffic.

To explore the eastern half of the lagoon, your best bet will be the La Orilla Trailhead located on La Orilla Road on the western margins of Rancho Santa Fe. The path departs westward through a gorgeous riparian zone bedecked by wild grapevines. After emerging from the trees and crossing below a powerline and a junction on a spur trail leading off on the right (more on this later), the trail passes through a sandy section with an interesting hybrid habitat featuring coastal sage-scrub, Torrey pines, cottonwoods, and a smattering of other specimens. After a climb through denser coastal chaparral, the trail tops out at a scenic plateau overlooking the entirety of the eastern lagoon. Benches provide good spots to rest and relax. You can continue along to the freeway by following the trail west through more sandy riparian/sage-scrub habitat before reaching the east side of the I-5 embankment.

If you have the time and inclination, you can take an enjoyable side trip along the spur trail leading north below the powerlines. This spur trail wends its way in and out of scrub-covered ravines before arriving at another terrace overlooking several pools fed by Escondido Creek. The creek and the pools are not accessible due to thick mud and heavy vegetation, but this somewhat lonely corner of the lagoon may be a good place to enjoy some uninterrupted bird watching. 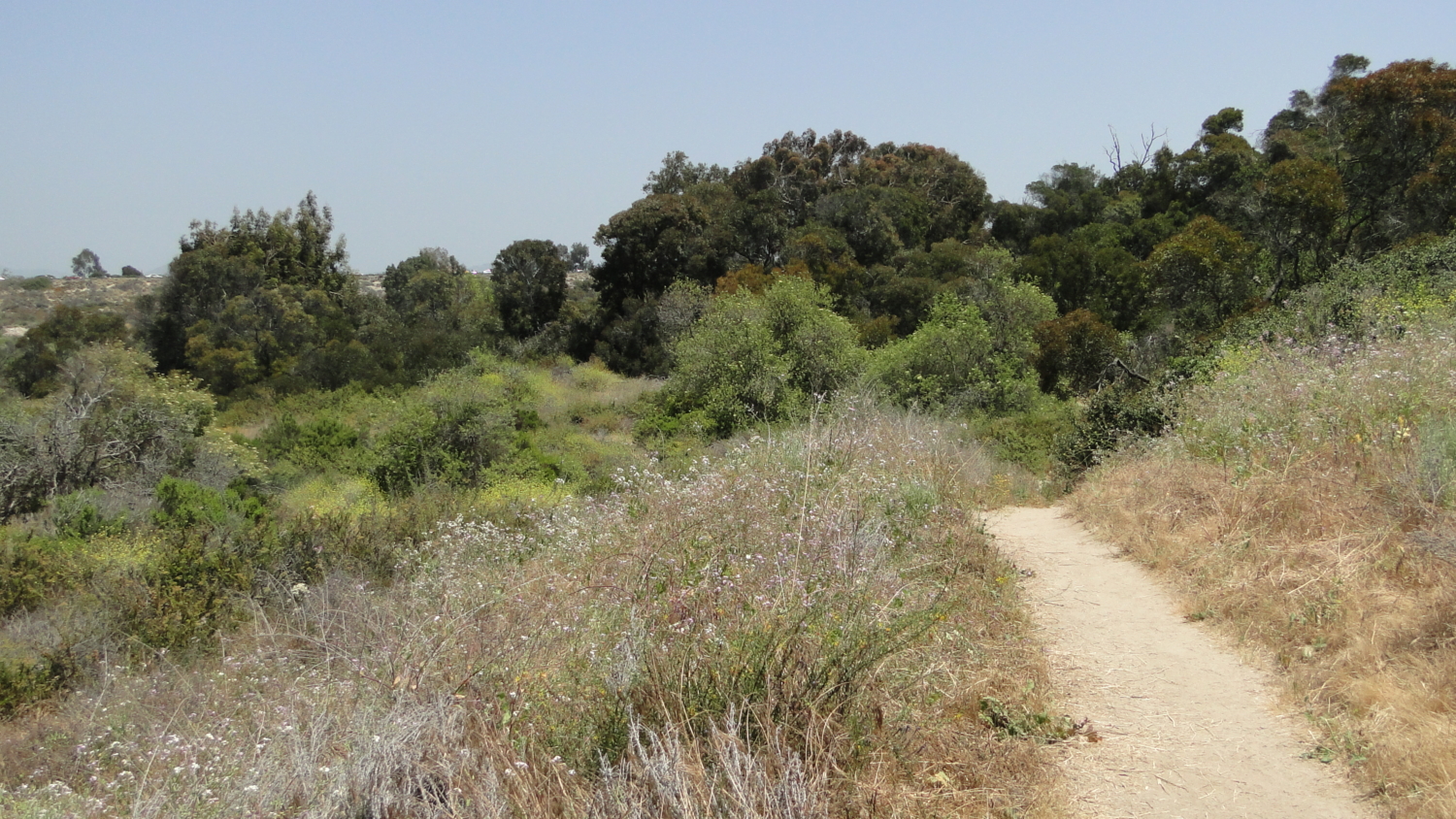 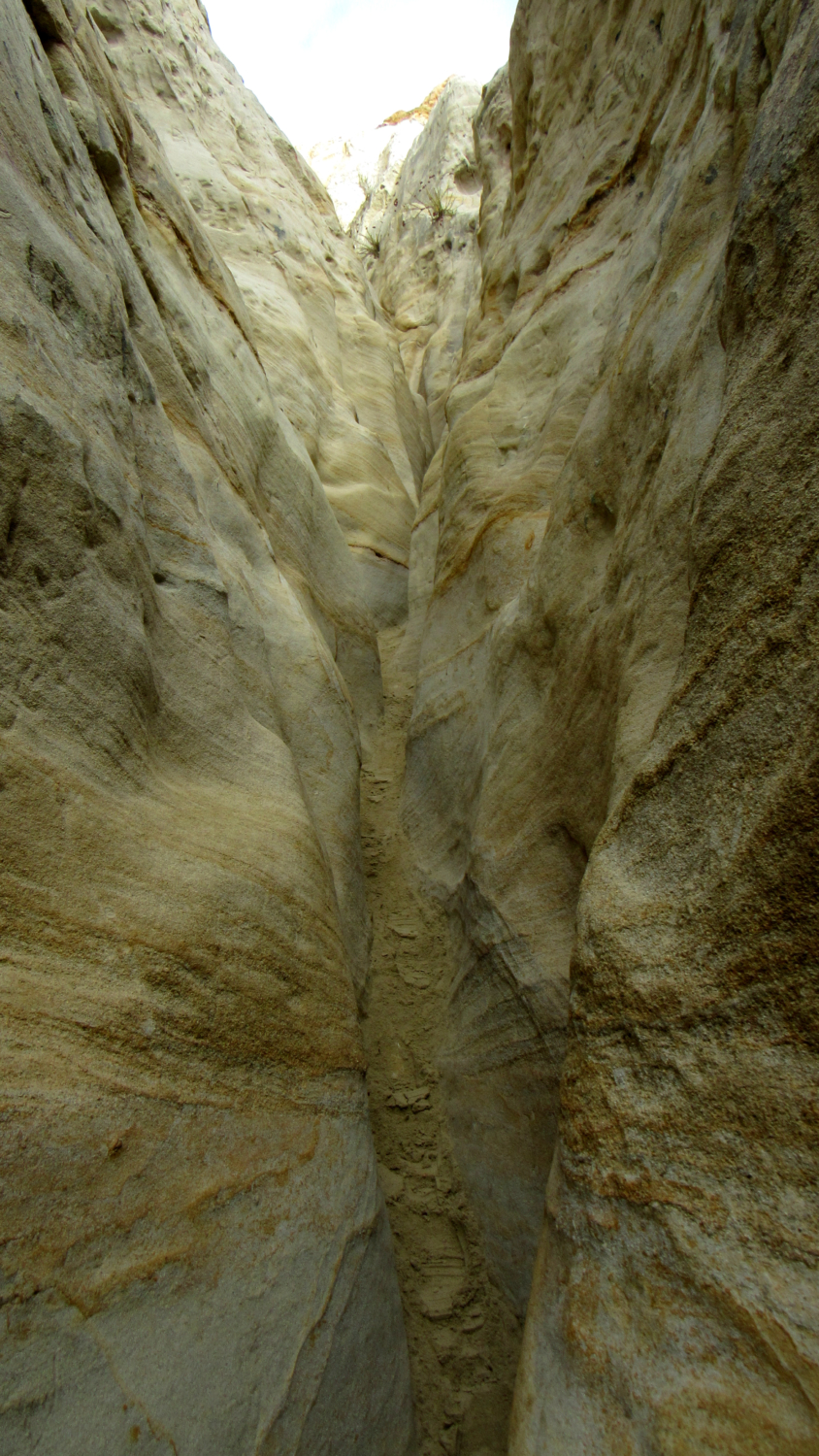 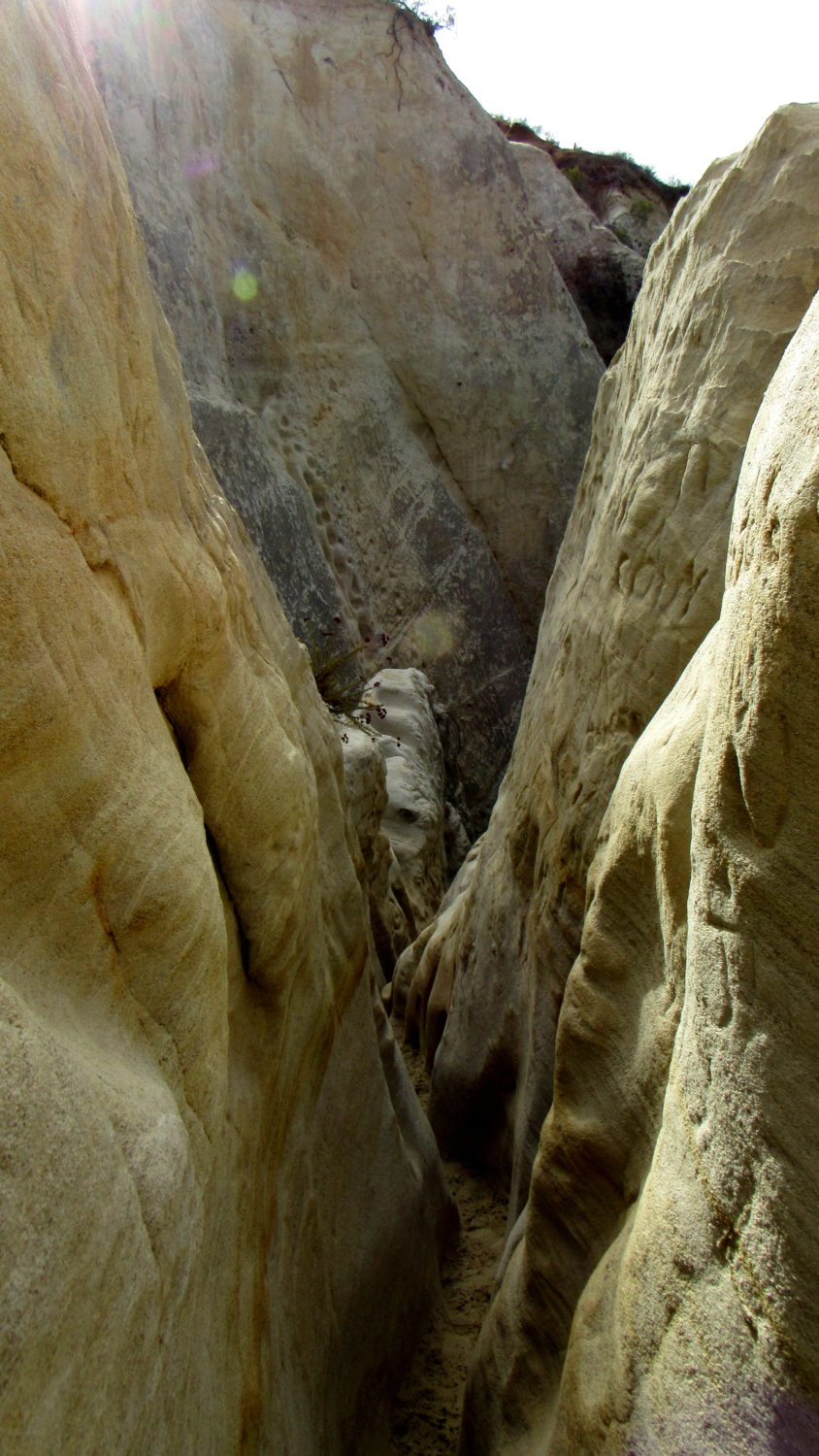 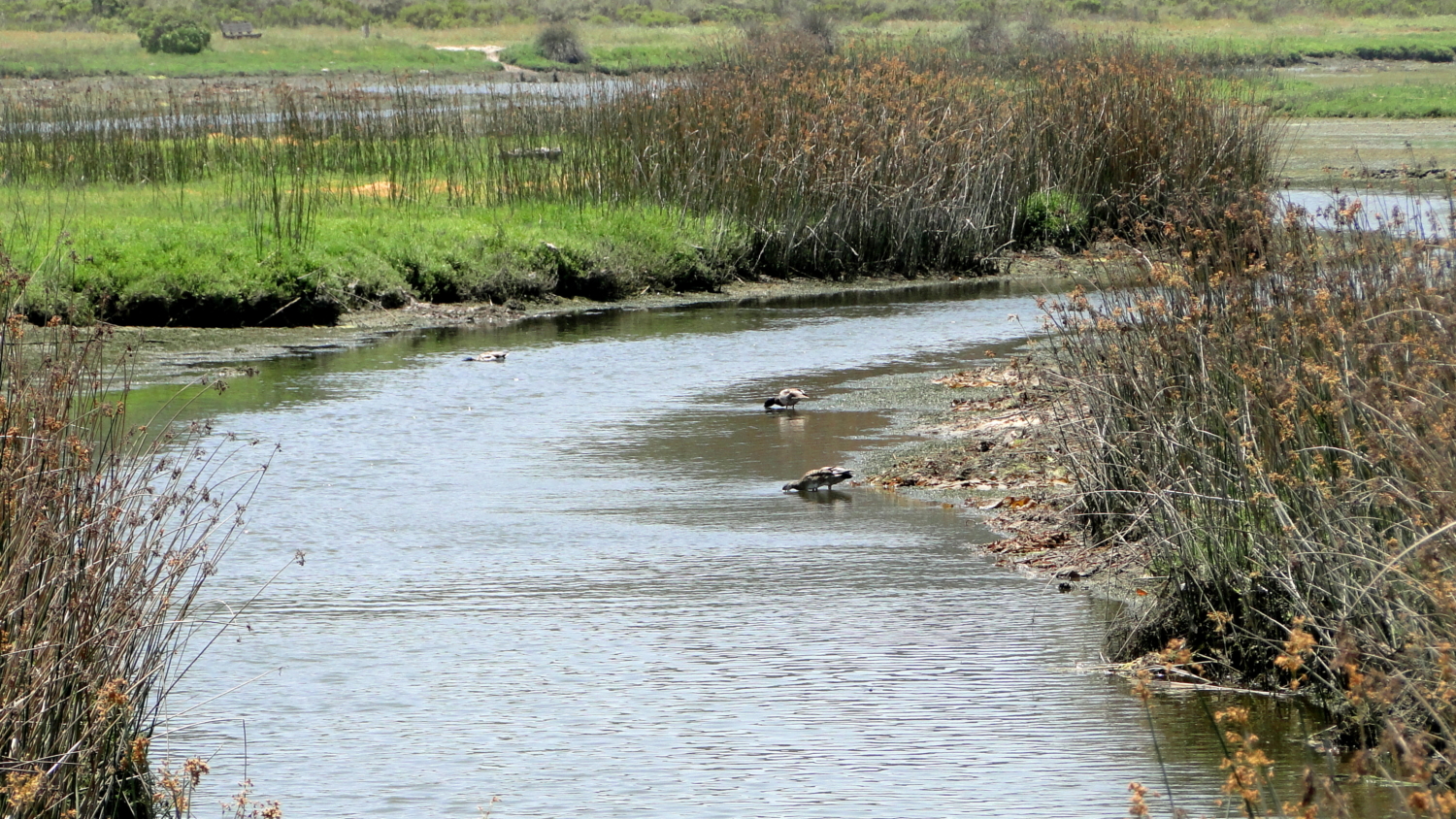 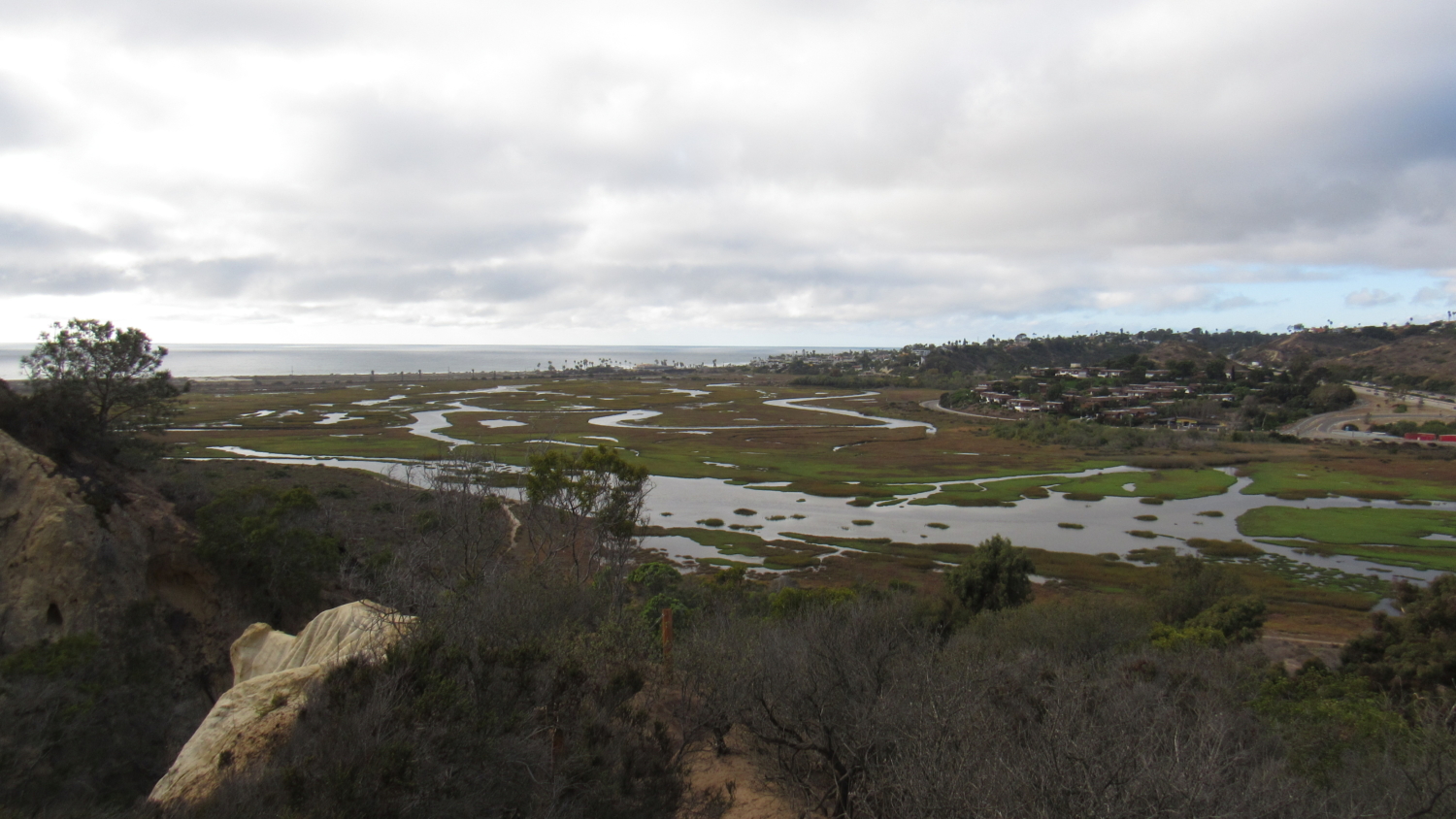 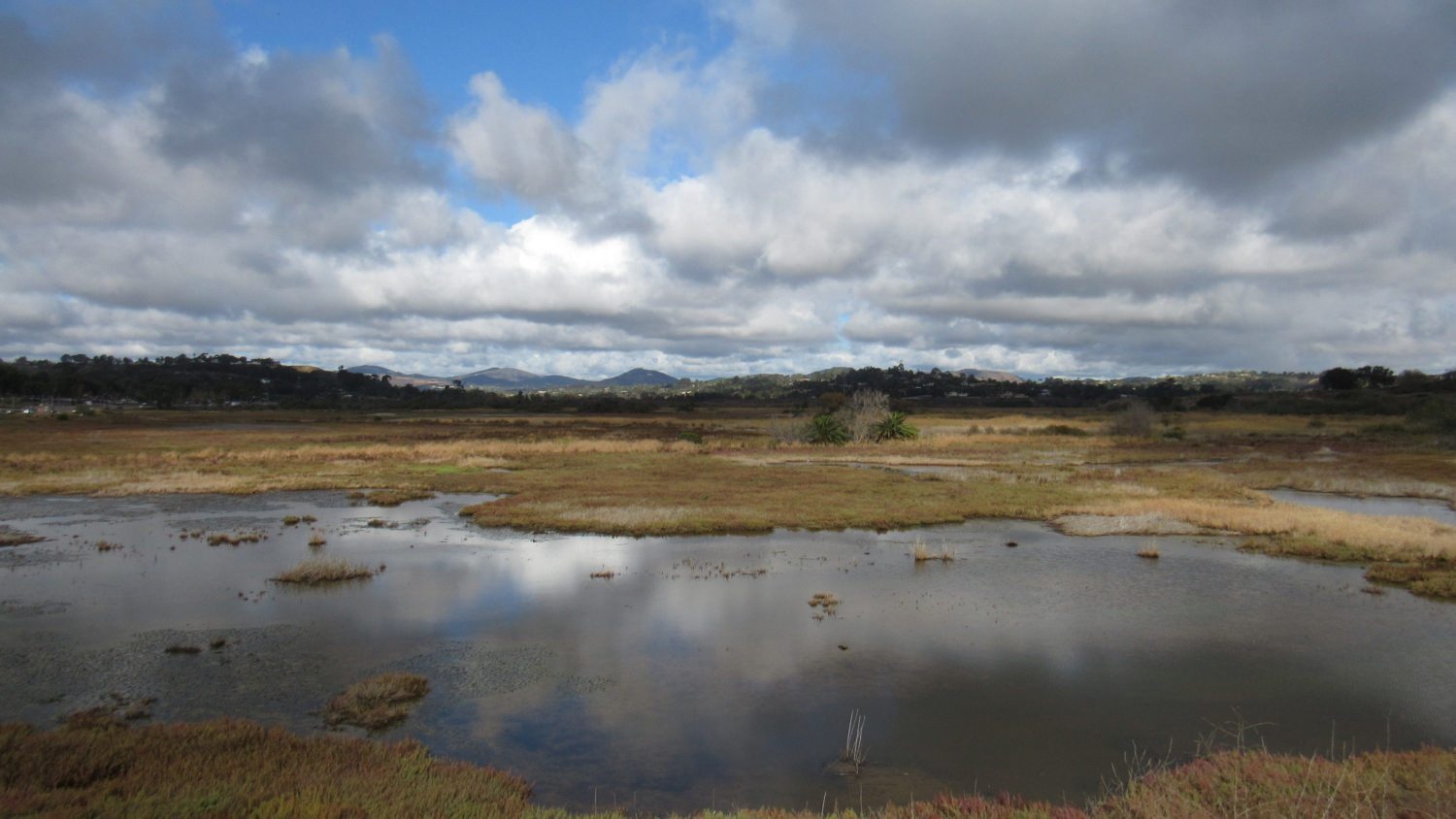 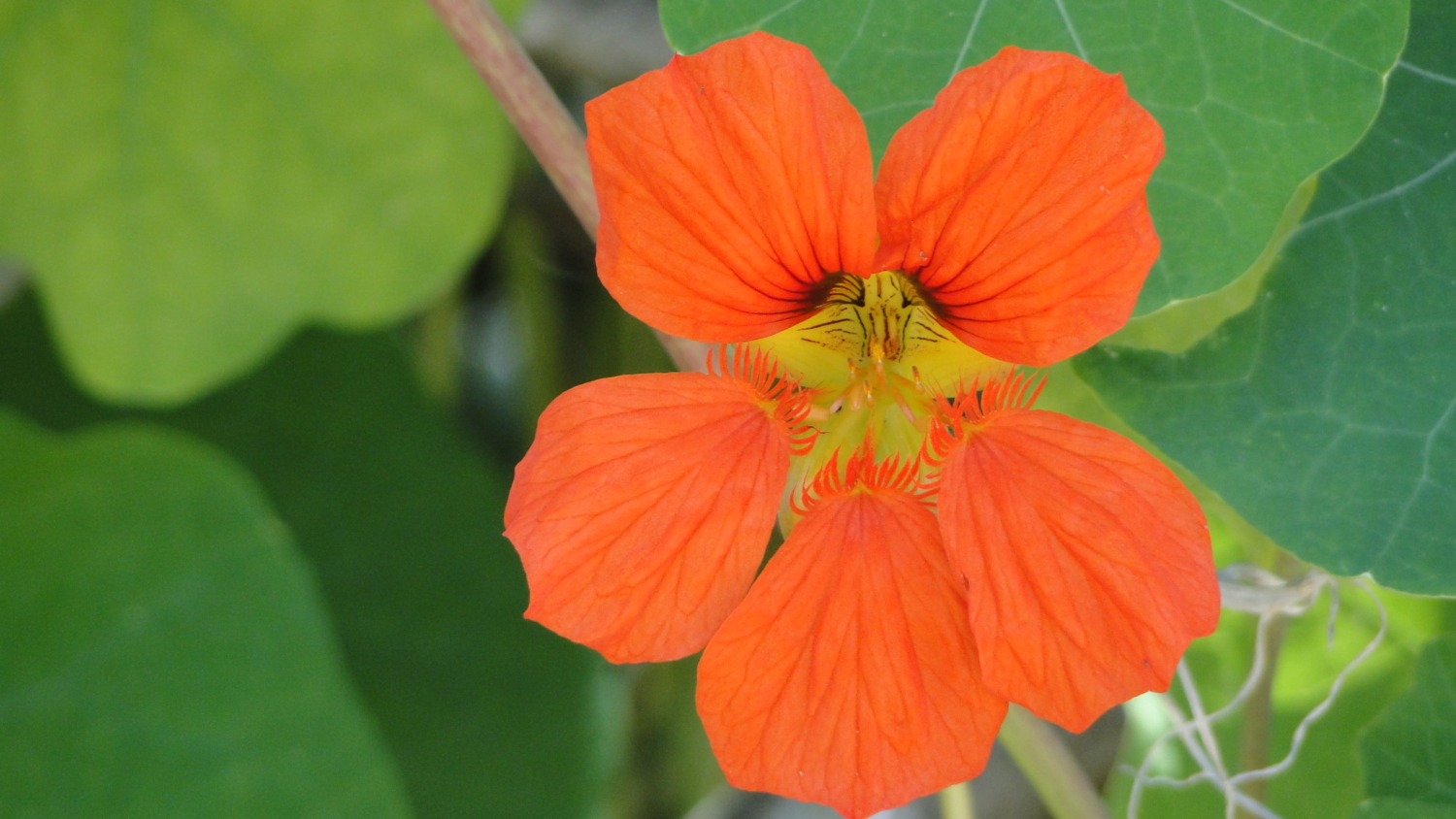 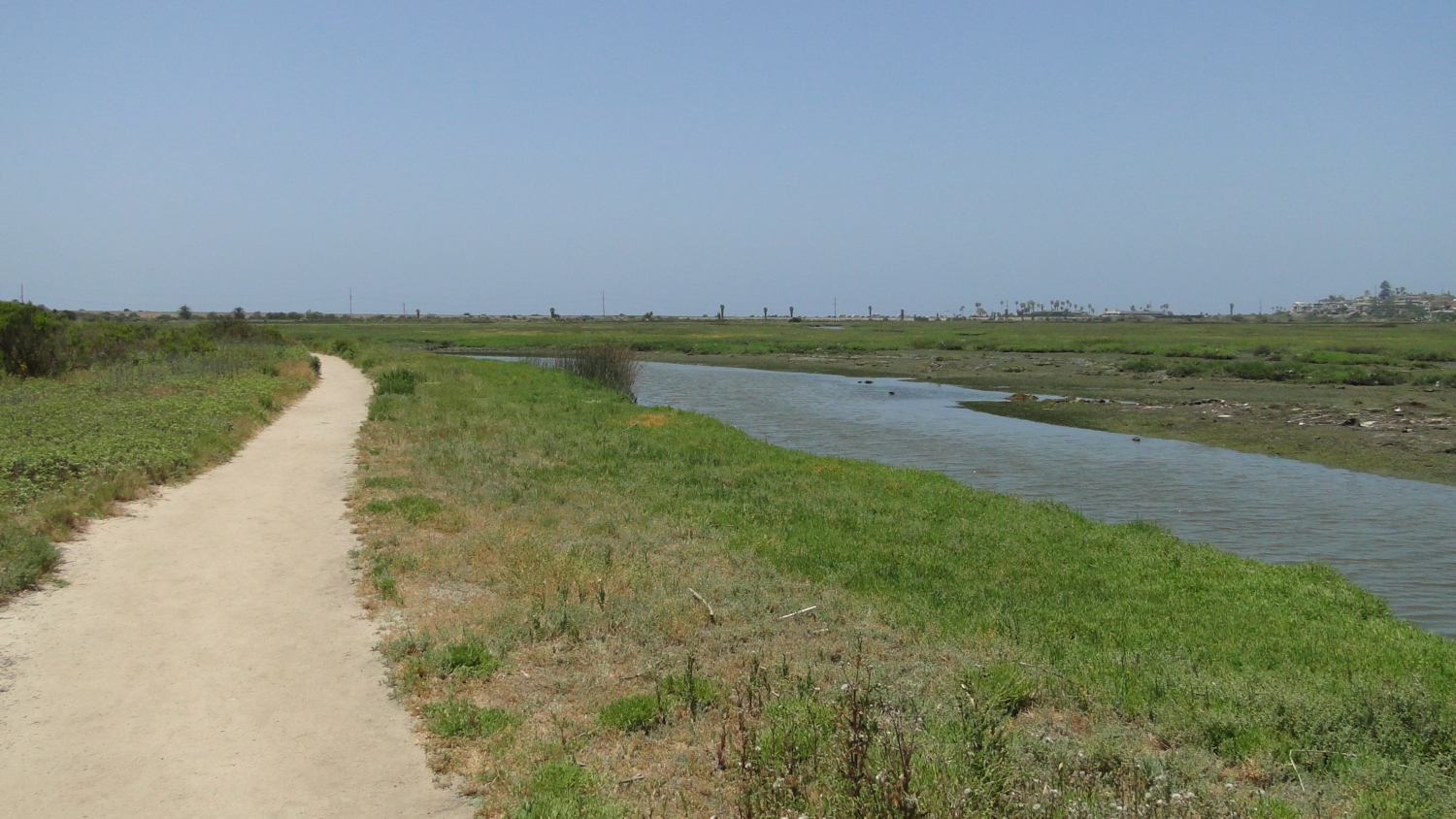 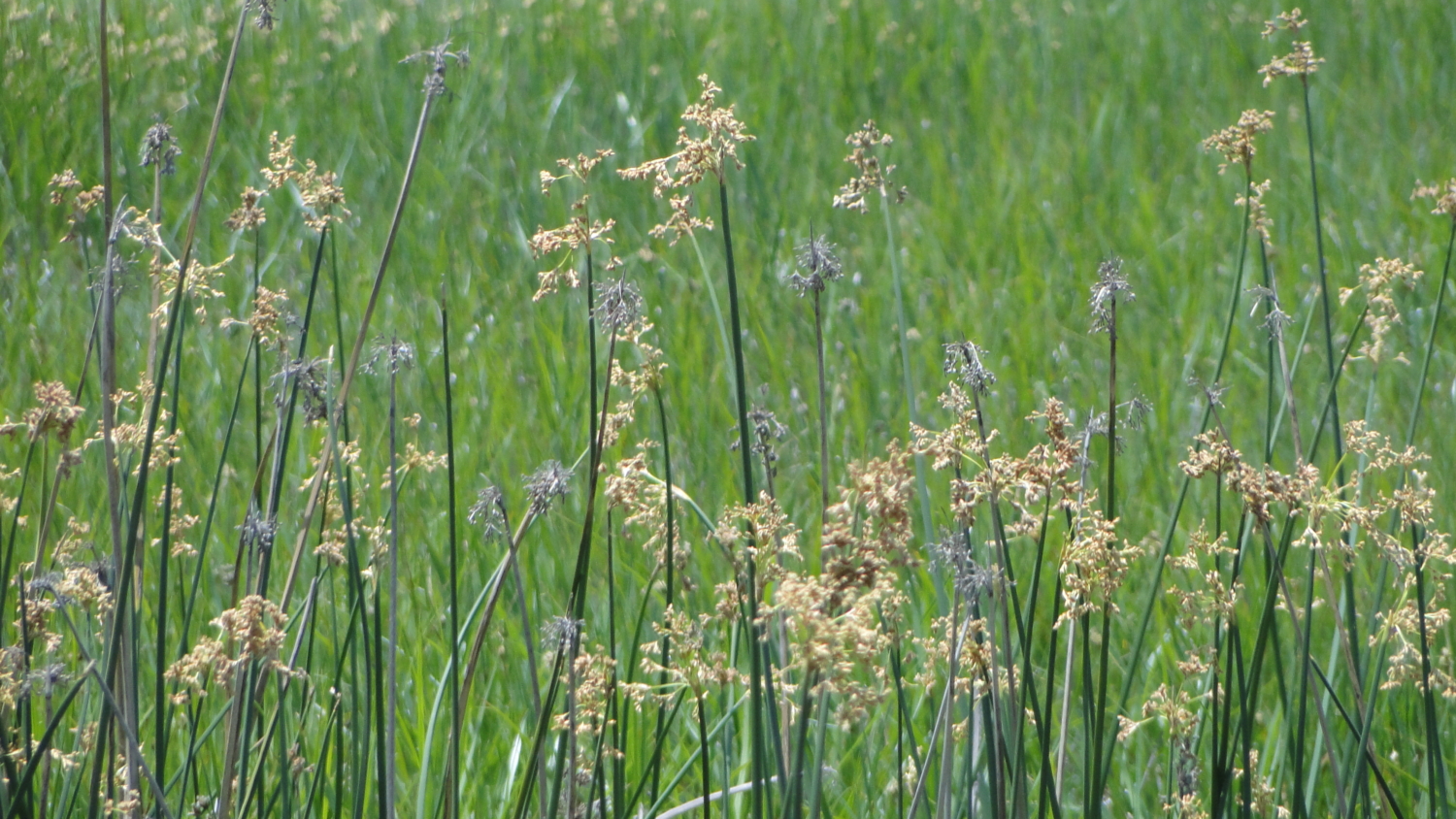 The trail is mostly smooth and easy to follow. Hikers uncomfortable with scrambling might not enjoy the Annie's Canyon Trail. A handful of sandy sections on the east side of the lagoon make walking a chore.

N. Rios Trailhead: Exit I-5 at Lomas Santa Fe, and head west toward the ocean for 1.1 mile. Turn right onto N. Rios Ave. and follow it until it ends in a cul-de-sac. La Orilla Trailhead: Exit I-5 at Manchester Ave, and head east for .9 mile. Turn right to remain on Manchester for another 1.6 miles to a right turn onto Rancho Santa Fe Rd. Make an immediate right onto La Bajada and then another right onto La Noria. La Noria becomes El Camino after .9 mile. Park on the west side of the road.