Hike through the jagged landscape of a 900+ year old lava flow in the shadow of Sunset Crater Volcano.

Sunset Crater Volcano National Monument sits atop the San Francisco volcanic field – a hot spot in the earth’s mantle that is prone to increased volcanic activity. Basically, a location like this is a weakened area that allows a magma flow to reach closer to the surface of the earth, and as plate tectonics moves the surface, new volcanoes emerge in a string. Here, the first eruption occurred some 6 million years ago near present-day Williams, Arizona. Over time, the band of volcanoes rose and “migrated” eastward. Sunset Crater is the youngest volcano in this band and is one of the youngest scoria cones in the Lower 48.

Remarkably, the Sinagua people made their home in this seeming volcanic wasteland both before and after the eruption of Sunset Crater around 1085 (initial tree-ring analysis put the date 20 years earlier, but geologists are now leaning toward the 1080s). When it erupted, Sunset Crater blanketed about 810 square miles in ash and debris and forced the Sinagua nearby to relocate, but many had moved back to the region of Wupatki National Monument to the northeast by 1100. The ash provided some nutrients for Sinagua farmers but you have to imagine it was still pretty tough going — pines, brush, and wildflowers have repopulated the area but it still has a distinctly lunar appearance some 900 years or so following the last eruption (Sunset Crater is now considered extinct — most geologists theorize the next eruption in the area will be to the east of Sunset Crater).

The Park Service has this description of the eruption on one of their web sites:

Most cinder cones form during relatively short eruptions, measured in a few months or years. At the peak of Sunset Crater’s activity, at least 9 other cinder cones, numerous smaller spatter cones and fumaroles, and 3 lava flows were simultaneously active along a 6-mile-long fissure, forming a “curtain-of-fire” style eruption much like those observed today in Hawaii. 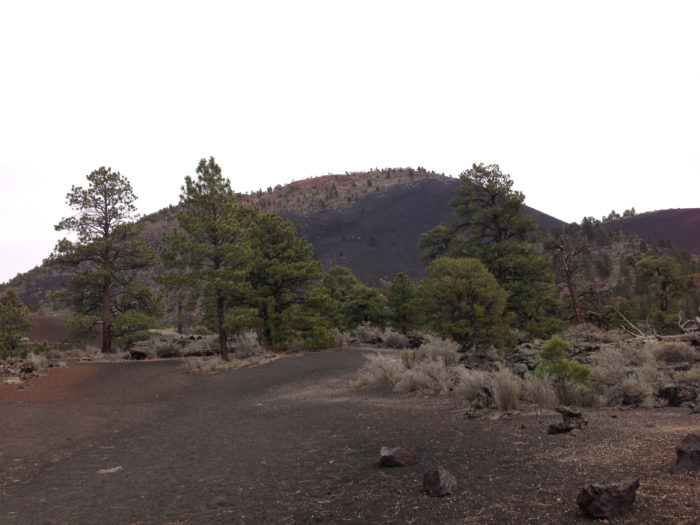 Sunset Crater as seen from nearby Lenox Crater

The short path of the Lava Flow Trail takes hikers inside the Bonito Lava Flow, which broke out of the base of Sunset Crater and pooled over a 2 square mile area. Over successive eruptions, geologists believe the lava flow here reached heights of up to 100 feet.

So, long story short, this was a lot of lava going on here.

The Lava Flow Trail begins from the northeast corner of a paved parking area at the base of Sunset Crater. If you stop by the Visitor Center beforehand, you can pick up an informational brochure that will point out some highlights along the trail. 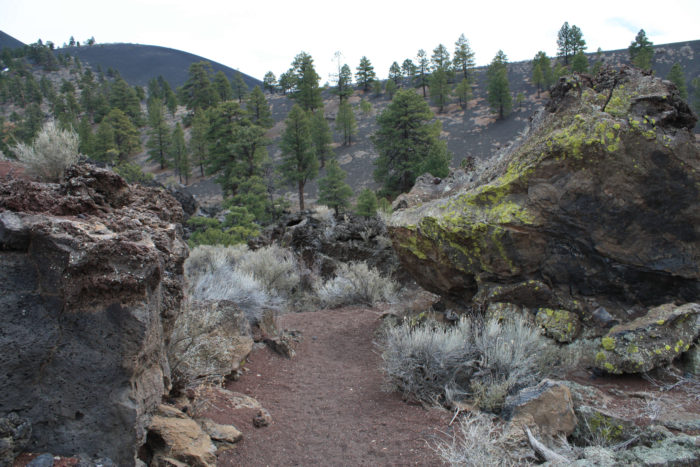 Moving through the jagged boulders, the trail almost takes on the appearance of a standard desert wash — but remember that almost every boulder and rock you’re walking through and around here was either launched out of the top of Sunset Crater or eroded from those successive flows of molten lava. 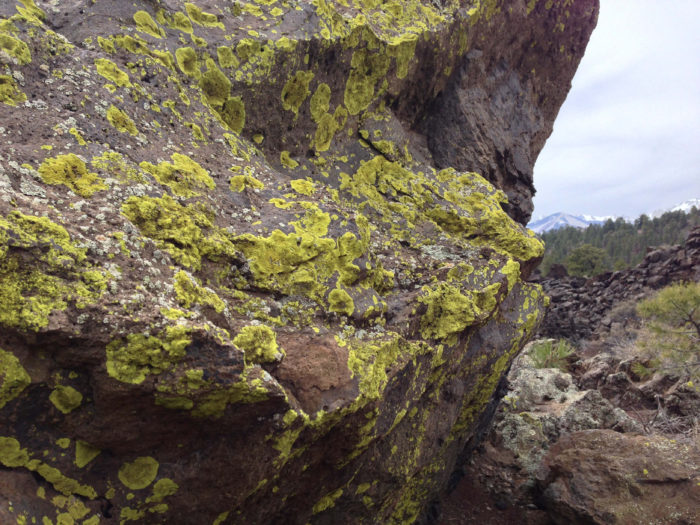 At about the 0.1 mile mark, the trail splits into a loop, which you can follow in either direction. Keep right to follow this path, leaving the paved path and stepping off onto the dirt trail. This route heads south and then east, joining up with the remnants of the former Long Trail. This route makes its way through some rugged, shattered landscapes that are absolutely fascinating. Although there are many other volcanic sites in the West, there are few as young and as relatively un-eroded as the flows here at Sunset Crater. It’s fun to see where life has managed to make a foothold after all these years. 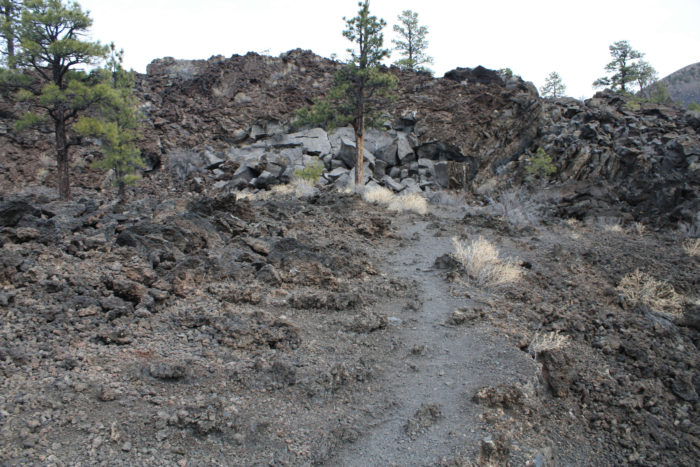 On the eastern edge of the loop, the trail reaches some interesting formations, including the remains of this hornito: 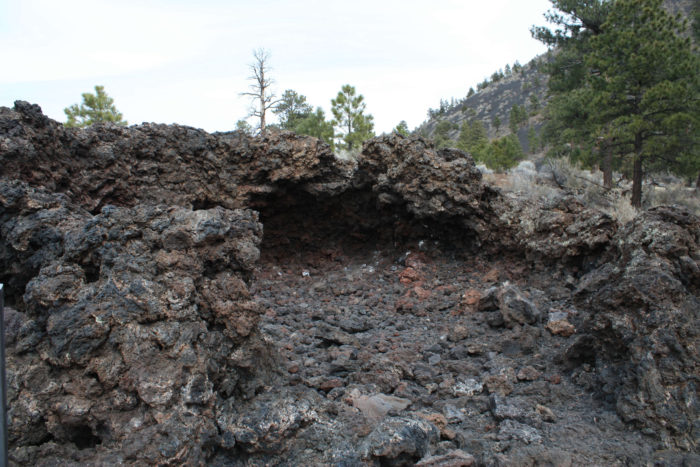 Hornitos generally form near the surface of a lava flow, where high pressure can cause lava to ooze upward and form a sort of dome over the rest of the flow.

There is also an old ice cave on the eastern rim of the trail, where temperatures are consistently lower than the rest of the landscape. If you’re visiting this area during the summer months – or even on a warm day – you’ll likely feel cool breezes pouring out of this cave.

Hikers were previously allowed to enter the cave, but a partial collapse has closed public access. 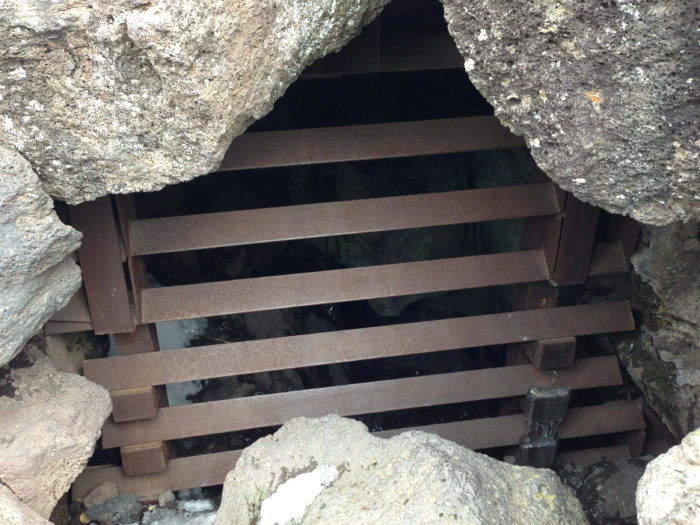 On the northeastern corner of the loop trail, the route comes the closest to Sunset Crater you’ll be able to get on foot. 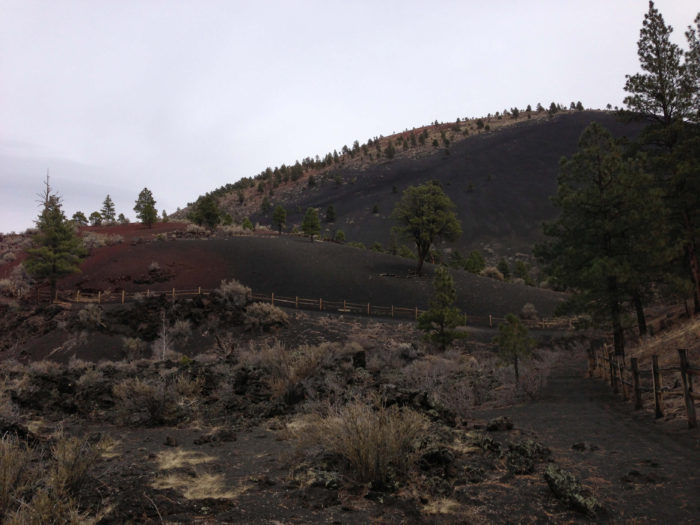 Hikers were also previously allowed to hike up to the top of Sunset Crater, but the trail was closed in 1973 after the foot traffic caused excessive erosion on the side of the Crater. If you look closely, you can still see the very visible remnants of those trails on the crater, even more than 40 years after its closure to the public. Those looking to climb up to see inside the crater can hike to nearby O’Leary Peak.

his may seem depressing for hikers looking to gain some elevation, but this old volcano almost met a worse fate.

In 1928, Hollywood crews were lured to the stark location (and unstable ground) for a backdrop for the silent western Avalanche. Producers were set to install a large amount of explosives on the side of Sunset Crater to film the titular disaster, when local outcry rightly stopped the production and inspired President Herbert Hoover to protect the area as a National Monument in 1930. And Hollywood eventually learned to stop blowing up actual landscapes and just filming disasters on model sets instead. 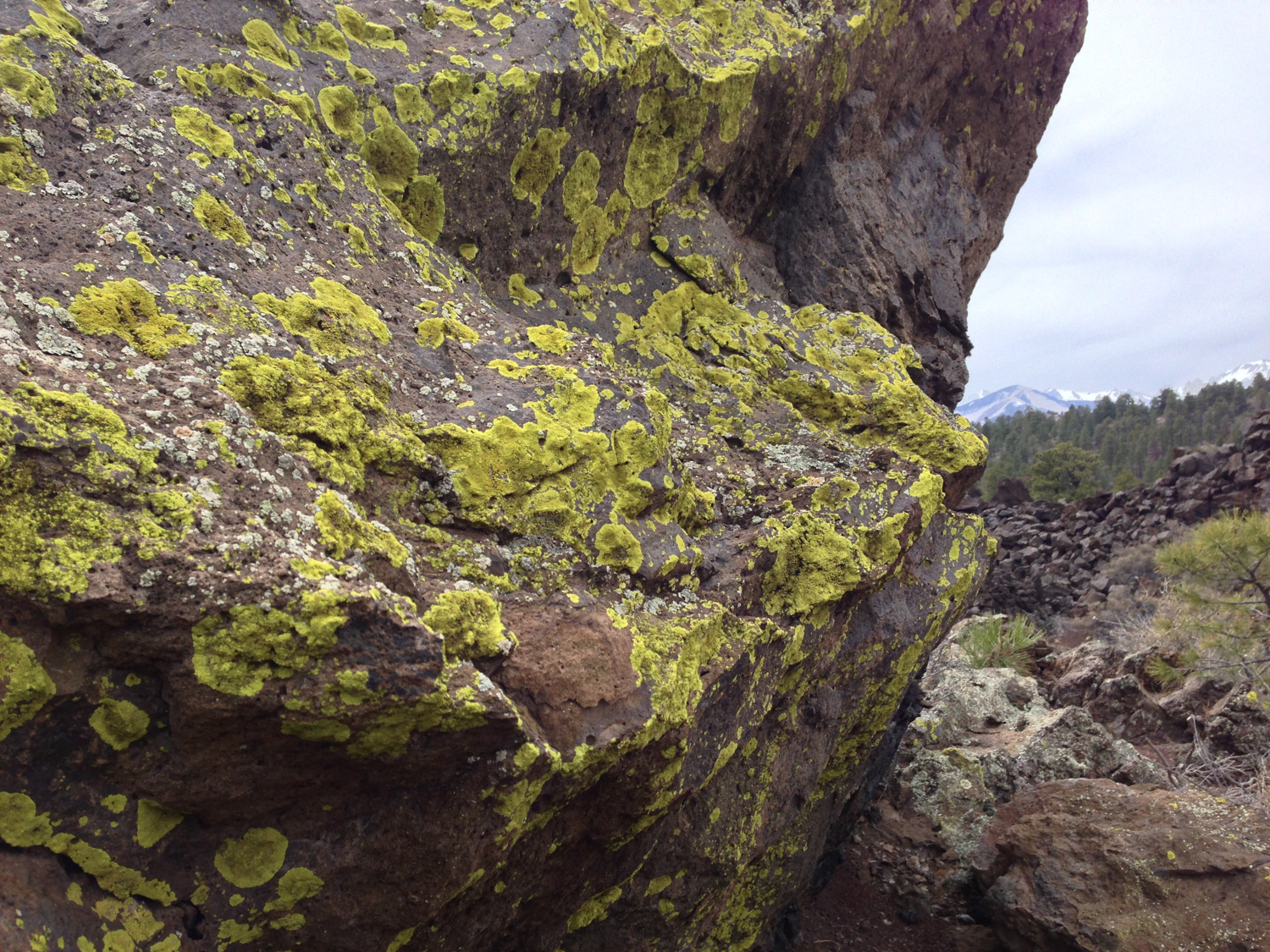 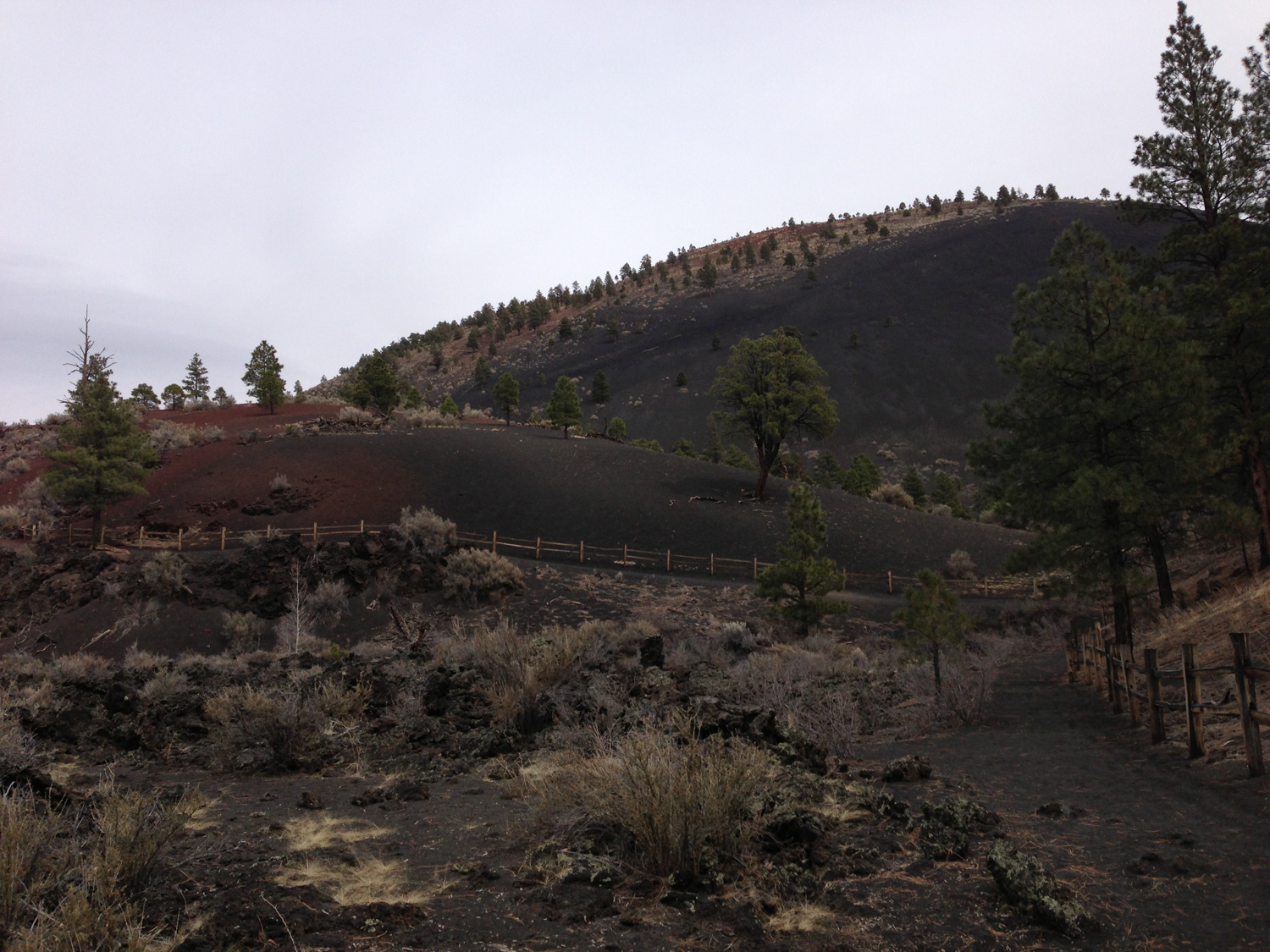 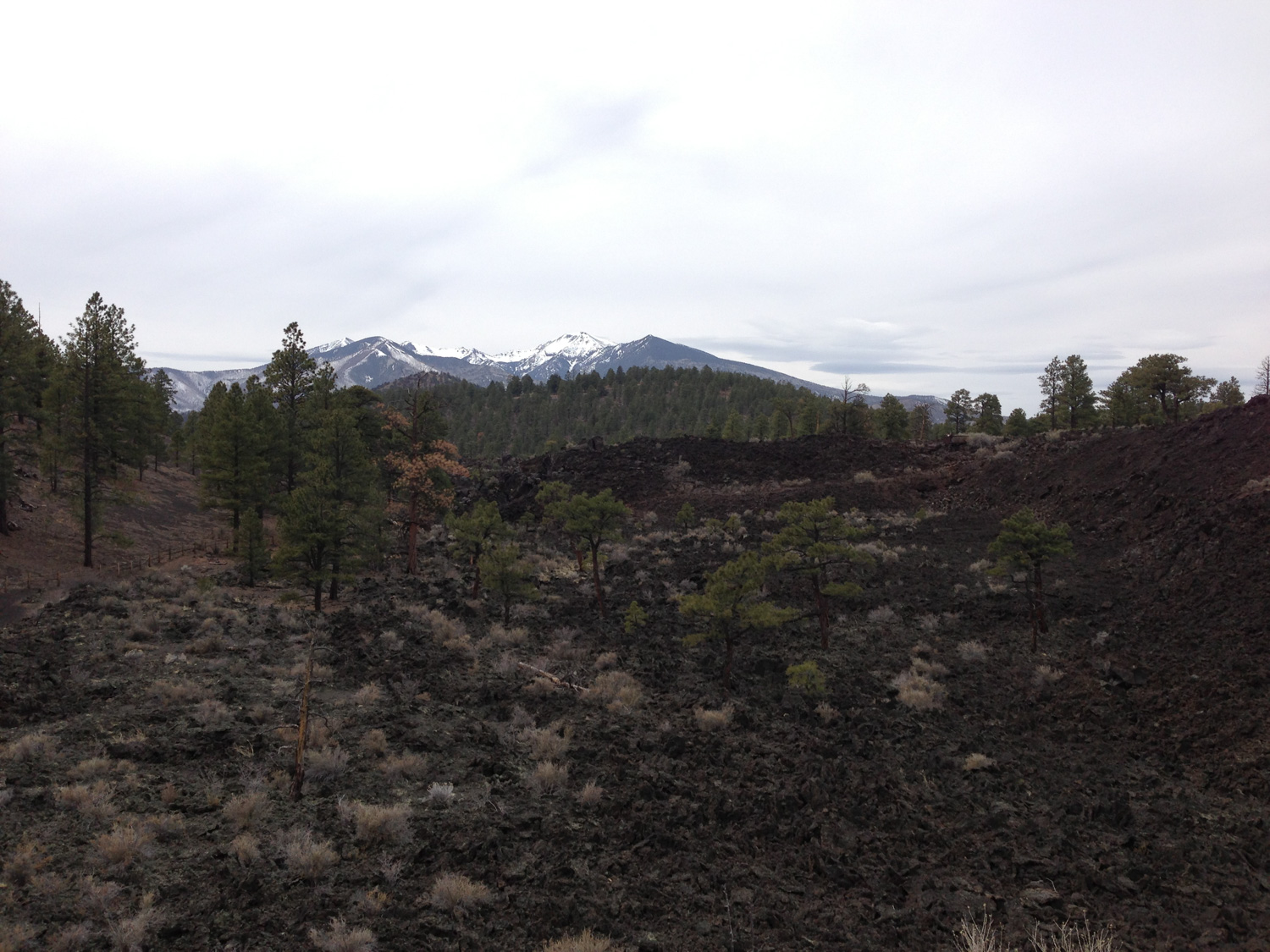 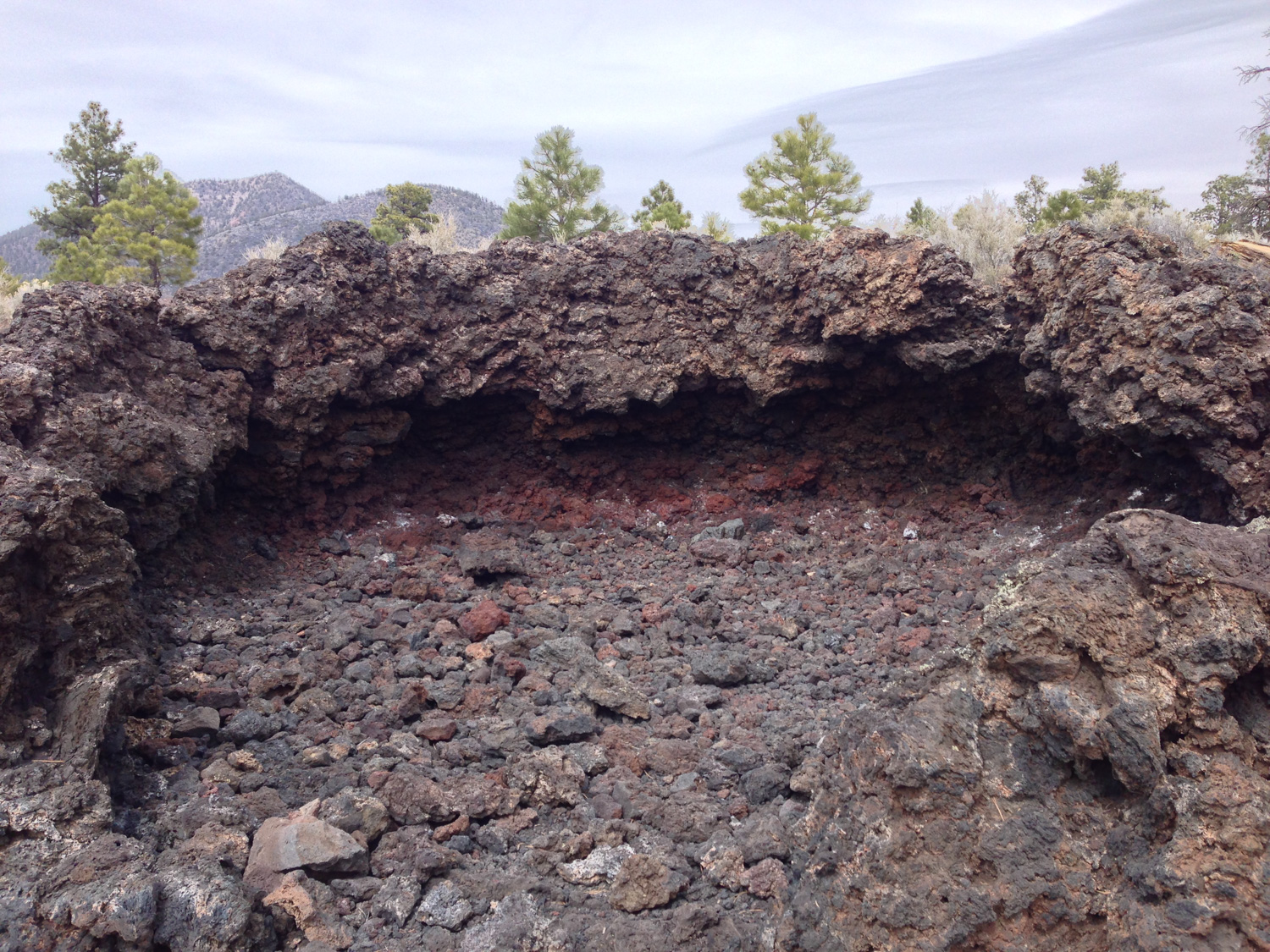 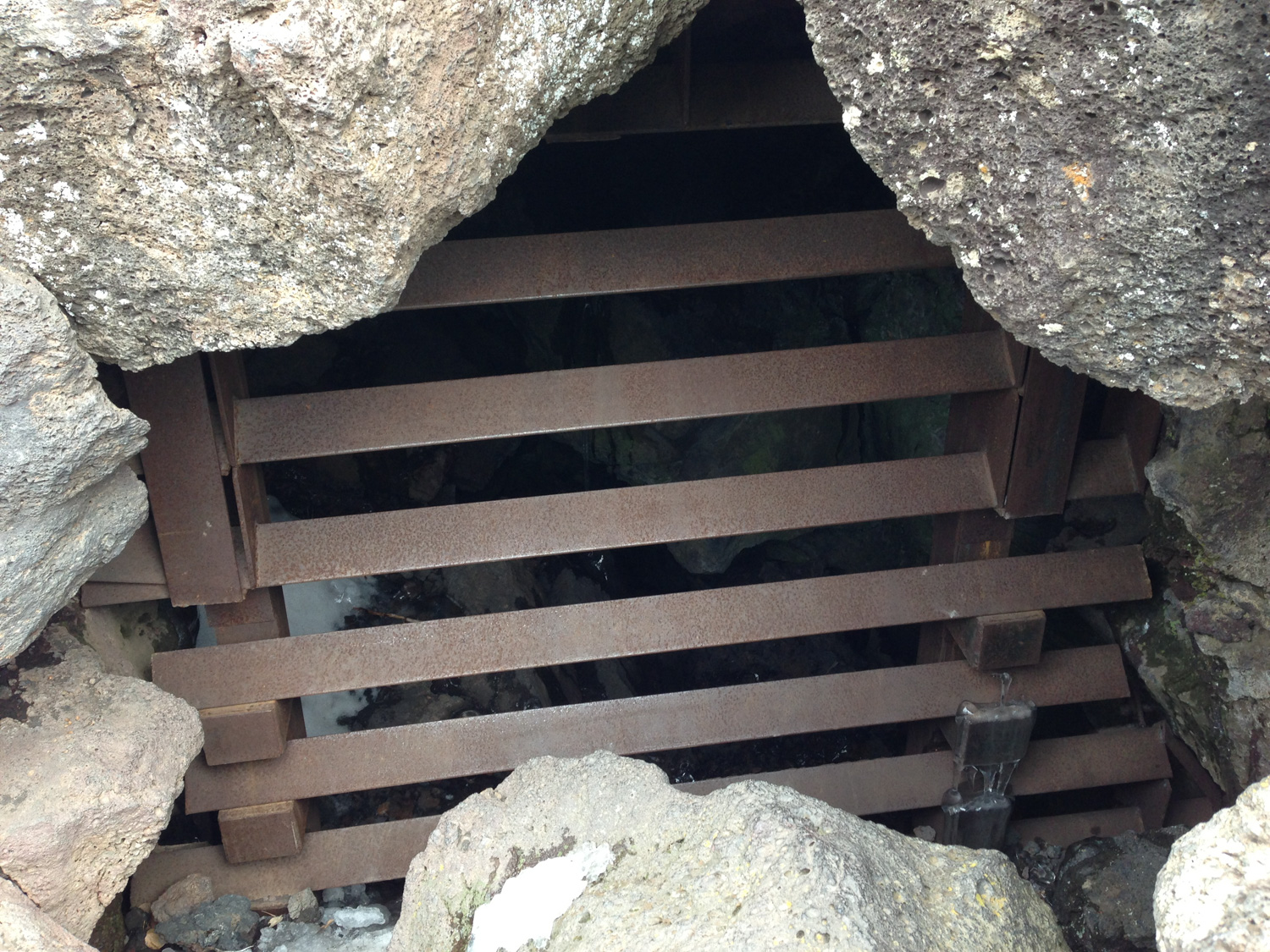 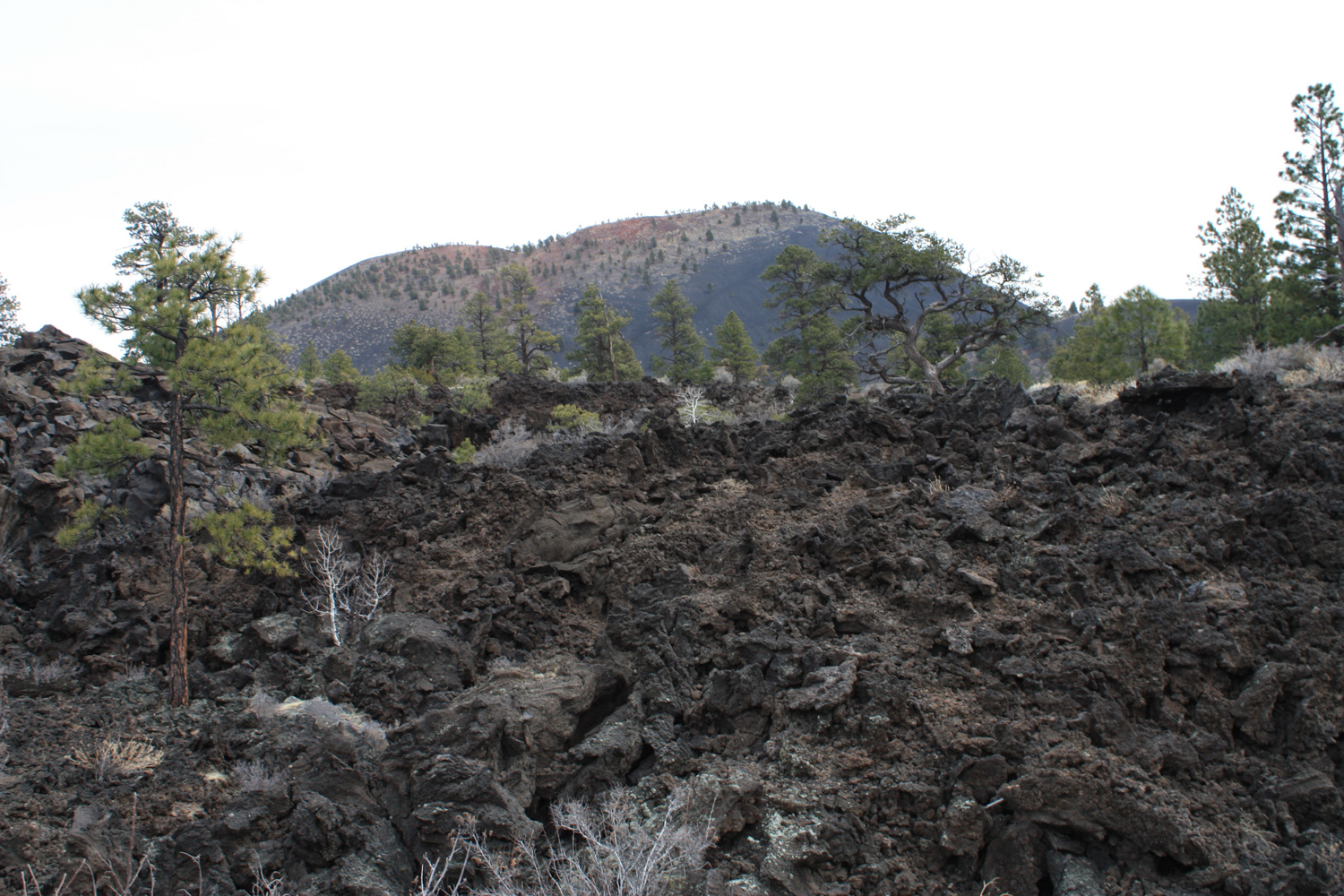 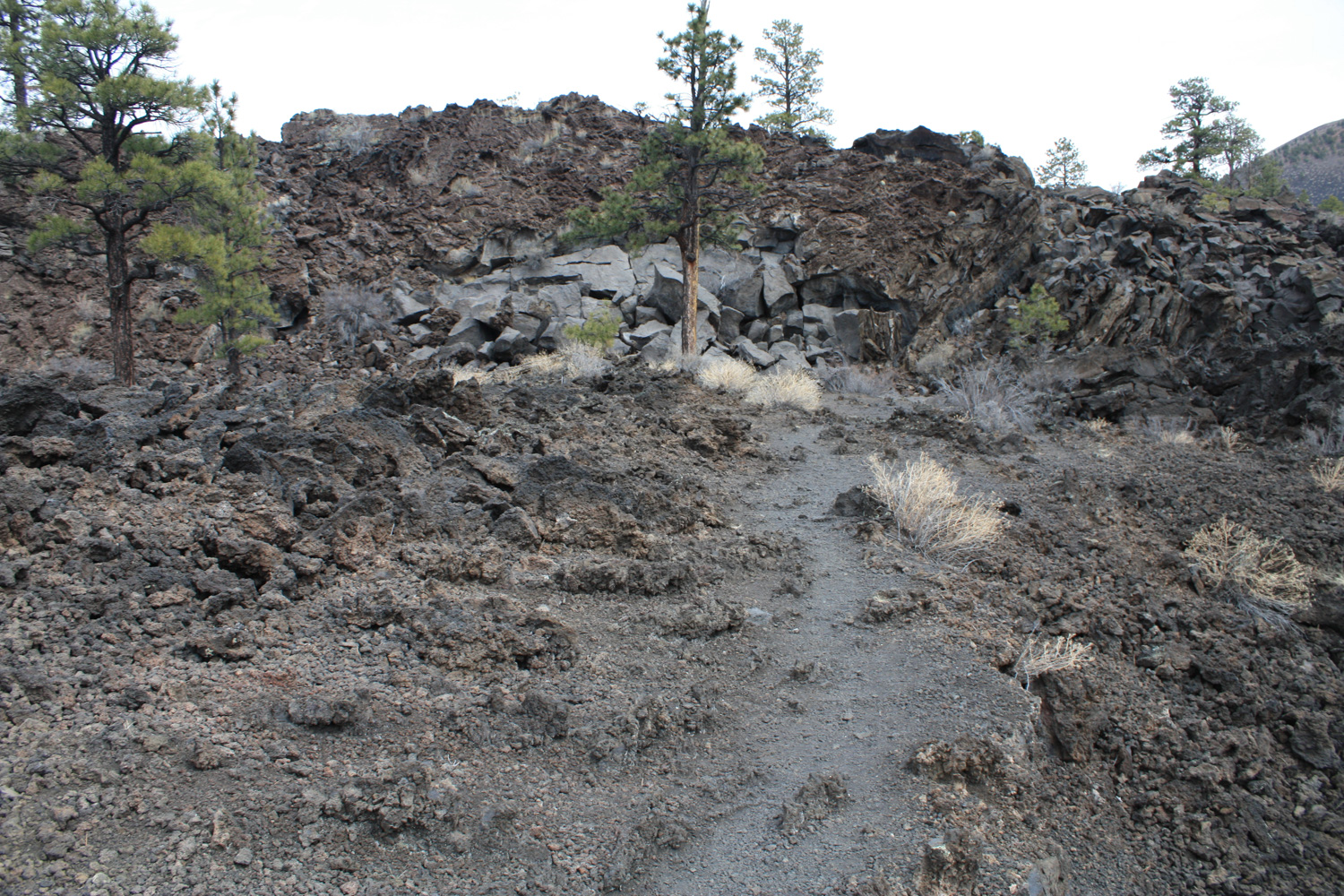 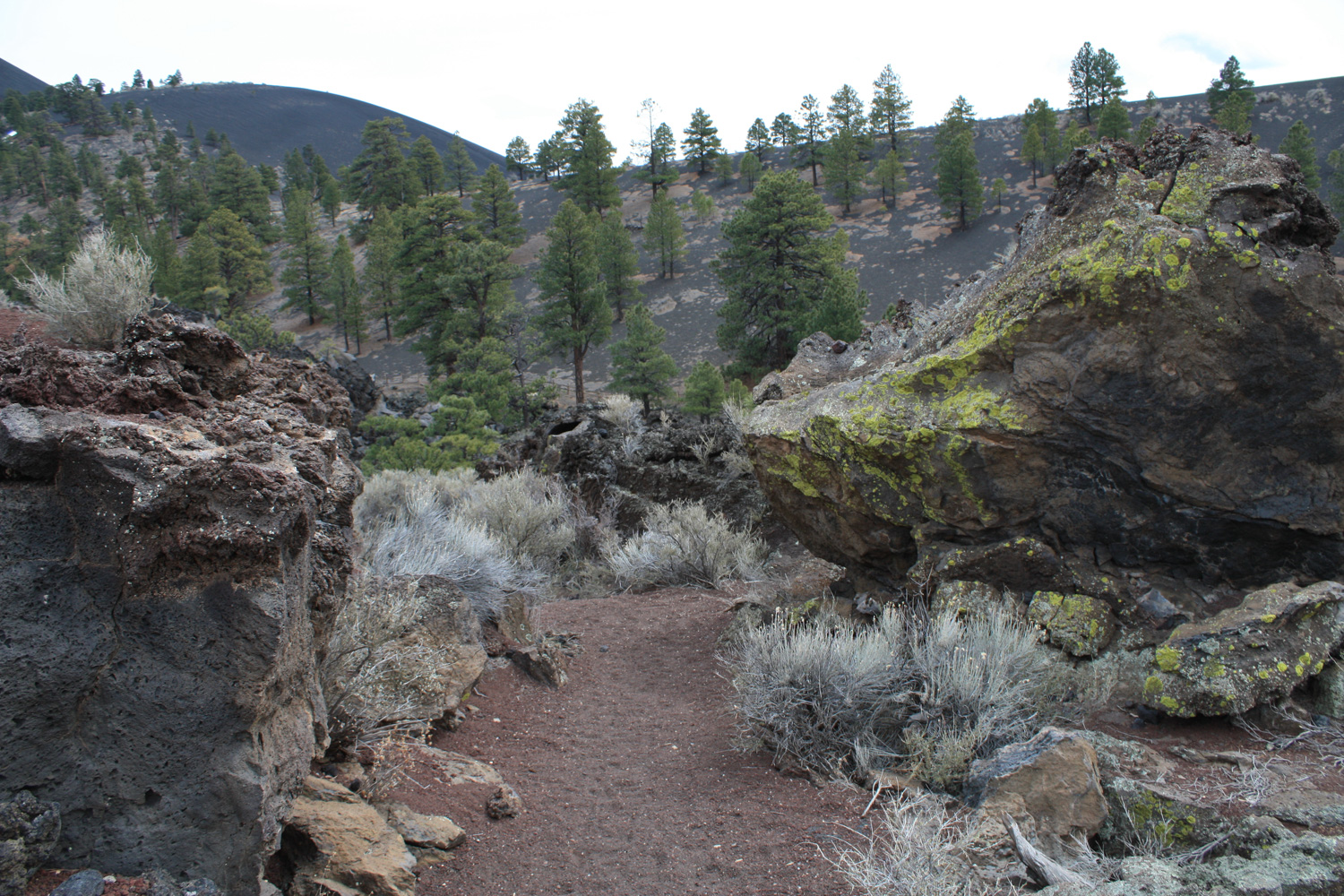 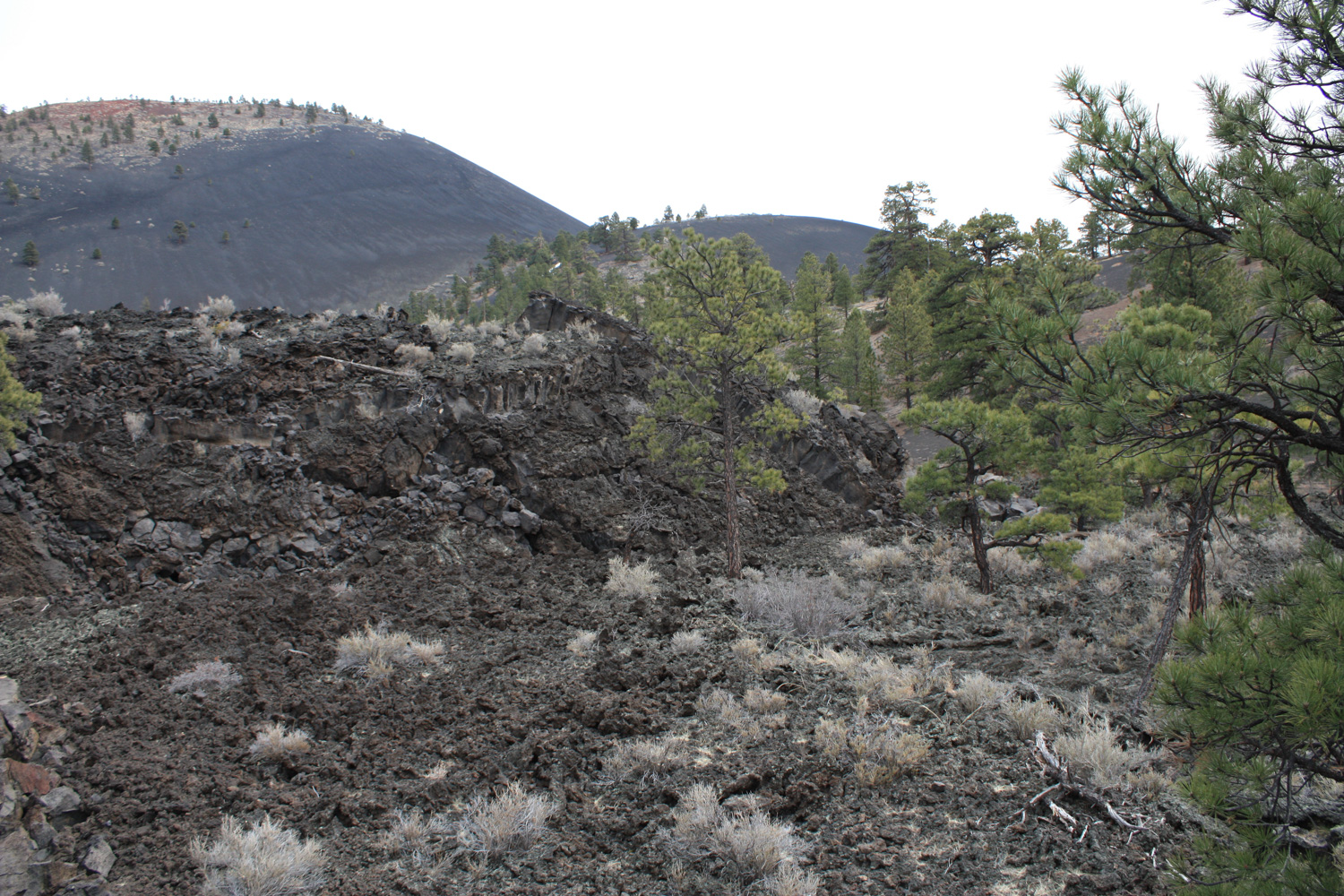 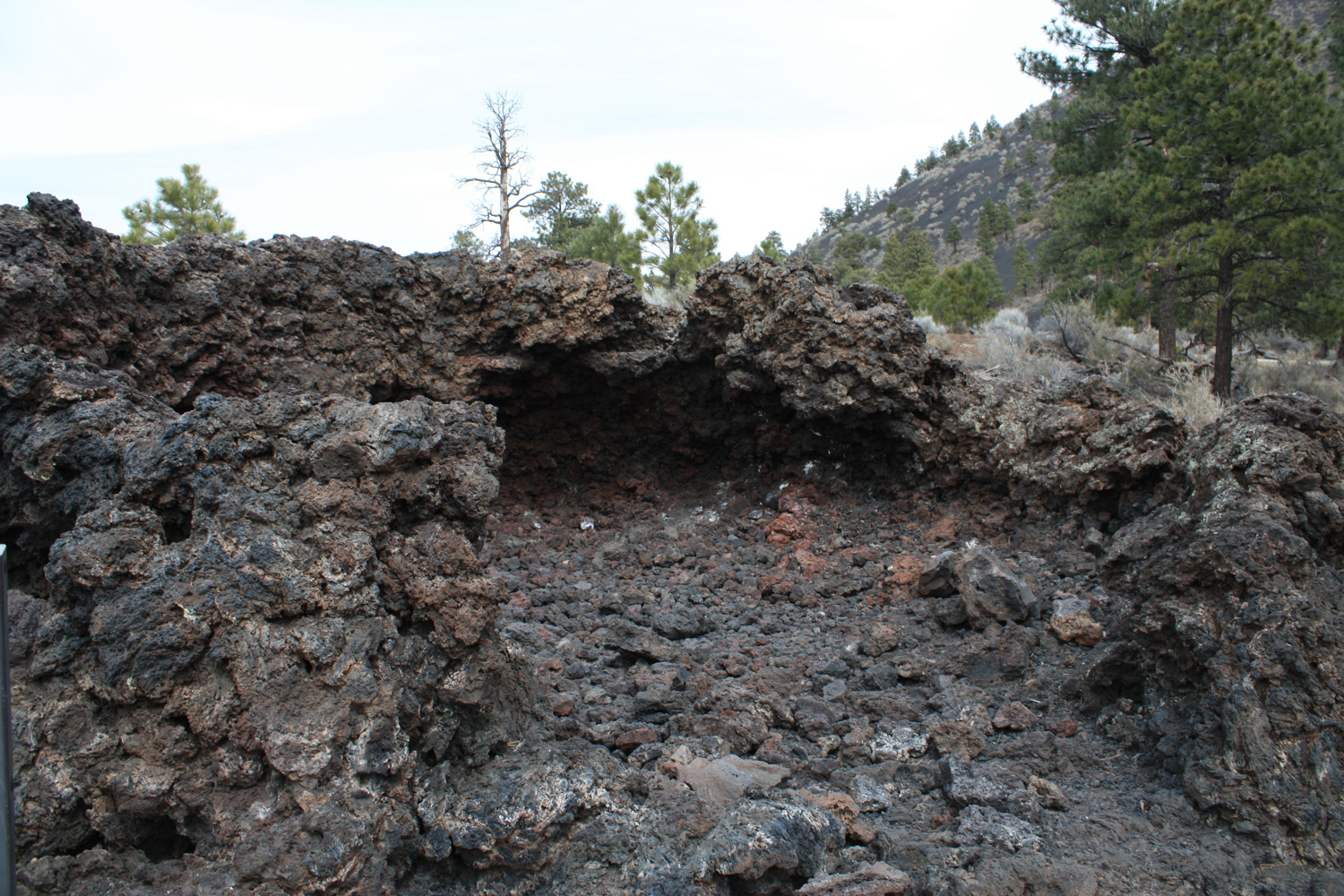 The Lava Flow Trail is a well-established interpretive trail that is easy to follow. There is a partially paved section of trail that includes some of the route described here as well as a spur trail on the upper mesa, which is accessible for strollers and mobility devices. The remainder of the route is more primitive. The ground on the lava flow section is very uneven in places and the rock is HARD, so take care to keep your footing!

Bonito Campground is usually open from May through October. The campground is near the Sunset Crater Volcano National Monument visitor center.

From Flagstaff, head north on US-89 for 11.9 miles past the junction with US-66. Continue on Loop Road for 3.5 miles, passing the Bonito Campground and visitor center. There is an established parking area on the south side of the road.