A short, yet secluded hike to a mountain deep in the western San Gabriels. A trek down a long dirt road gets you to the trailhead, where you’ll walk along unused fire roads and use-trails to the summit of Iron Mountain. While this route to the mountain is relatively short, it’s got a steep incline at the actual summit and a long, drawn out ascent on the return trip to the trailhead.

NOTE: This trail is still in the Station Fire Burn Zone. Hiking here is off-limits until further notice.

This peak is off the Big Tujunga Canyon, nearby other tough-to-get-to peaks like Fox Mountain and Condor Peak. While it’s possible to hike the Trail Canyon Trail for a long-distance route, I got a late start on a cool December afternoon and instead opted for a much shorter access via access roads near Mill Creek, at the northern side of the Angeles National Forest.

About 11 miles from Mill Creek, past Mount Gleason, after taking your vehicle down a winding dirt road, you’ll reach a locked gate. This is the beginning of the hike. The road’s in pretty good condition — if my lil’ Accord can make it down a dirt road, chances are your car will be able to, too. For most of this trail, you’ll be walking on the same dirt road you drove in on. I’m not sure how to accurately describe this, but it’s not like the dusty talus-scraped fire roads of most of the front range — this is like an actual forested dirt road, occasionally carpeted by pine needles and leaf piles. And since it’s rarely used, yours will probably be the first footprints on it.

Whether or not the dirt composition of the road you’re walking on interests you, you’ll definitely enjoy the views of both the backs of the Front Range and the northern ranges of the San Gabriels. It had just rained a few days before I made my journey, so the air was especially clear — I could easily make out Fox, Condor and Lukens to the south, and Wilson, Strawberry, et. al. to the east. No matter which angle you’re looking from, the bump of Strawberry Peak is always impressive. It’s tough to make out in this shot, but some of the more eastern peaks even had a good amount of snowcover on them! Could this mean a wet winter is on our way? The road toward the peak is fairly level and has a constant but slight descent.

Soon, you’ll get to a sharp turn in the road, which becomes completely blocked by an old downed tree. Like all giant trees in the San Gabriels, its scope is impressive. And its position and level of decay lets you know a 4-wheeled vehicle hasn’t been down this road in quite some time. This is also where you’ll get your first clear view of Iron Mountain. From this angle, you won’t see any of the brown-tinted sand that gave the peak its name, but you will get a clear view of the roller-coaster ridge ascent to the summit. At about the two mile mark, you’ll reach Indian Ben Saddle — a junction between three fire roads and a trail. Although the road to the right looks like it makes a more direct route toward Iron Mountain, you’ll want to stick to the left hand path. From here, it’s basically a short turn around a bend before you’ll come across a use-trail to the summit of Iron Mountain. It’s clearly marked with a few cairns, and is easily visible from the dirt road. Congratulations — you’ve made it to the one part of the trail that gets you off the roads! The use trail to the summit follows a narrowing firebreak on the mountain’s eastern ridge, and is lined — as these things usually are — by Spanish Bayonets. There aren’t any portions of this trail that were particularly dicey, but this use-trail definitely has the steepest ascent. Since I went in December, it was nice and cool, and the chilly almost-night air filled my lungs and gave me some much-needed energy. I’d imagine doing this portion in the summer months would be an entirely different experience.

At the very least, though, you do get some nice vistas of Trail Canyon, which brought back some great memories of my Fox Mountain hike and Super Bowl Sunday full-day adventure to Condor Peak, which is visible in the center of this picture. There’s a wonderful route that ascends the canyon in the middle and follows the ridge to those mountains in the back — and that route is also accessible from Iron Mountain. I still can’t believe over the next wall of mountains in this image, the sprawl of Los Angeles takes over. Honest! We’re really that close to wilderness like this!

The last few hundred feet to the summit have the steepest elevation gain of the entire hike, but since the summit’s always in view, I found motivation to keep going without stopping. When I reached the top, I stopped for a short CLIF bar and water break, and signed the register. I was the first signature in two weeks, and the rest of the notebook was pretty sparse.

On the way back to the trailhead, I was treated to a phenomenal sunset. As the sky grew darker and the green slopes of the San Gabriels were painted red, orange, and violet, the mathematical grid of streetlights and buildings slowly appeared in the distant valleys. 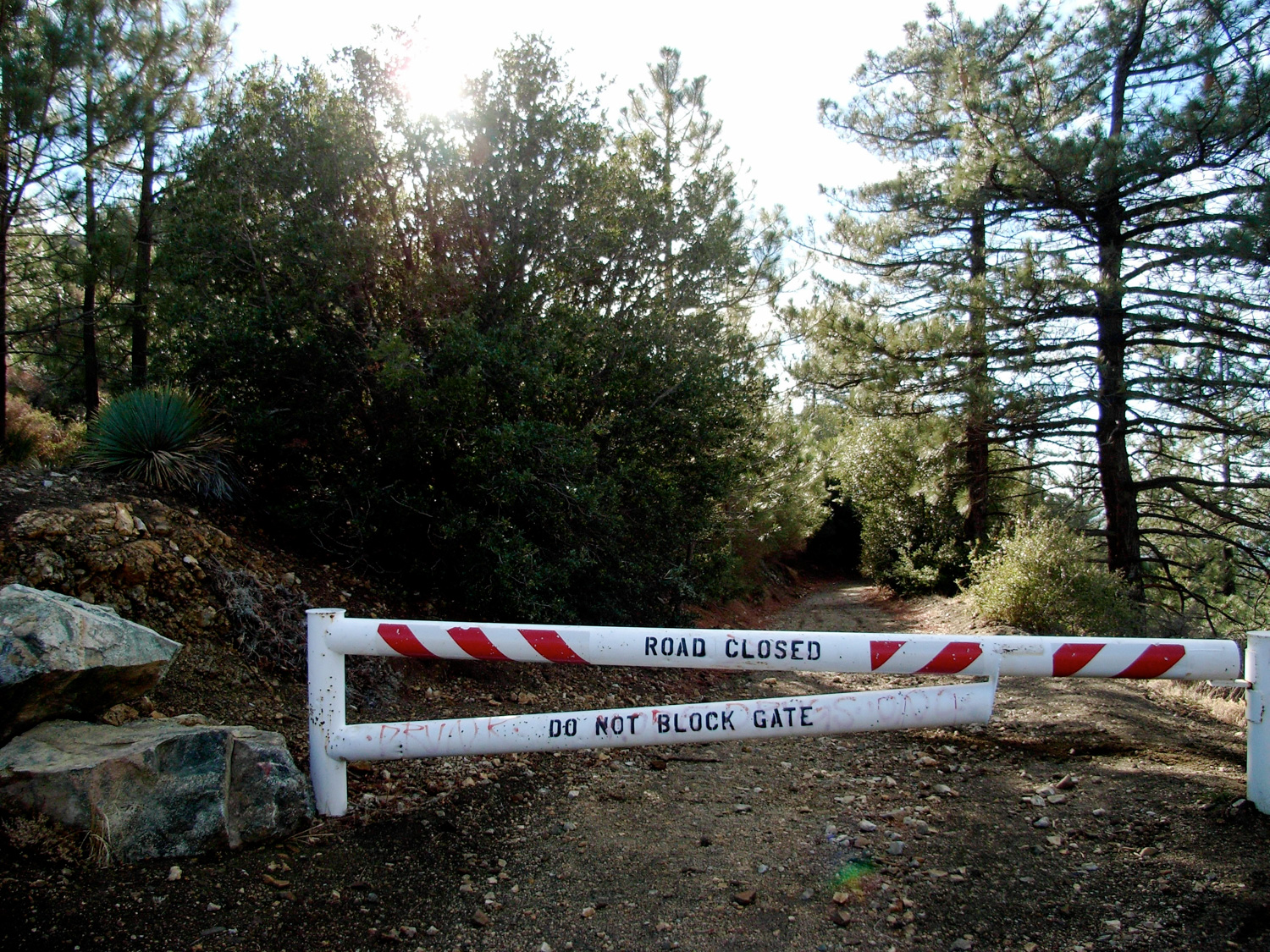 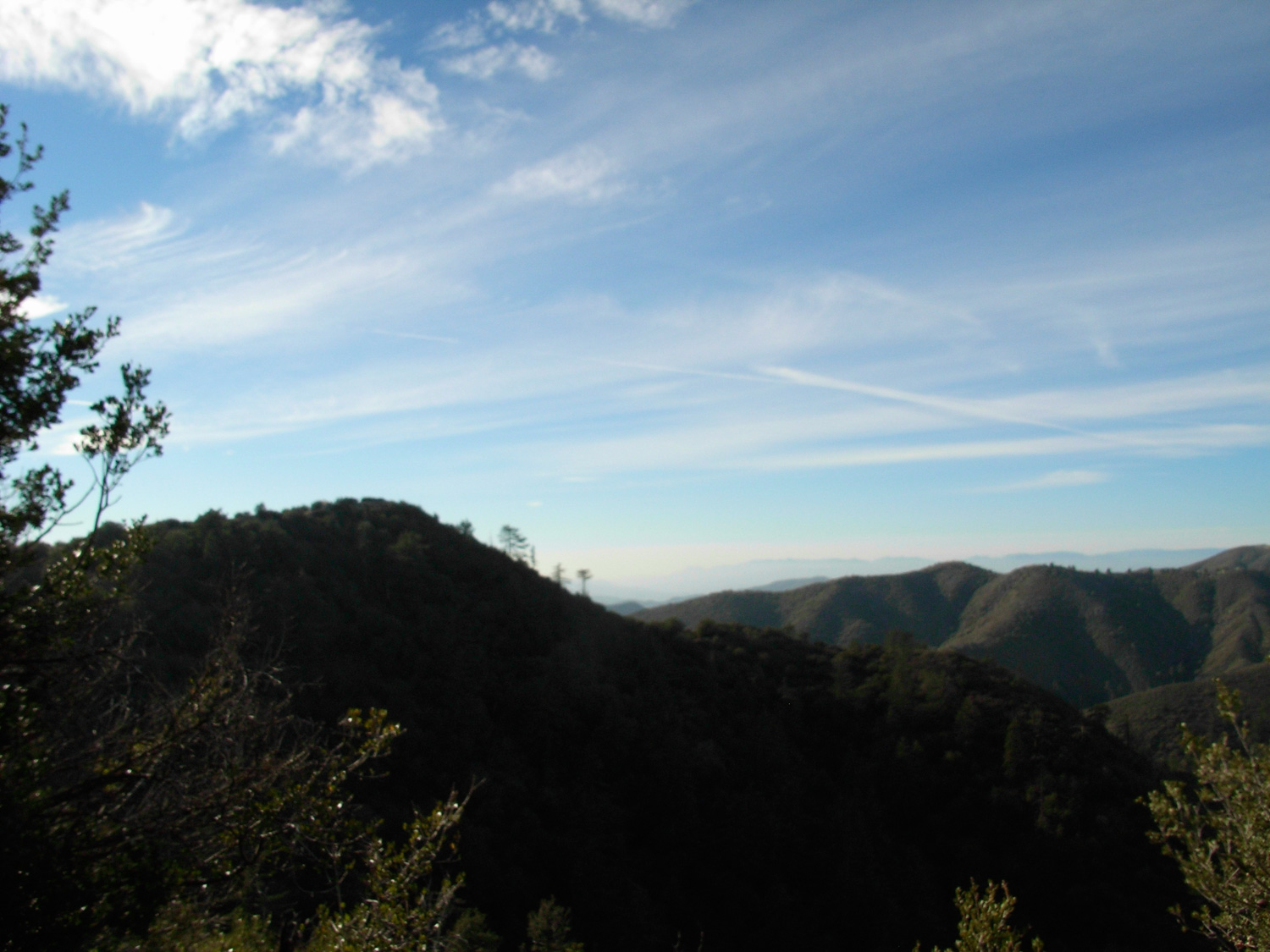 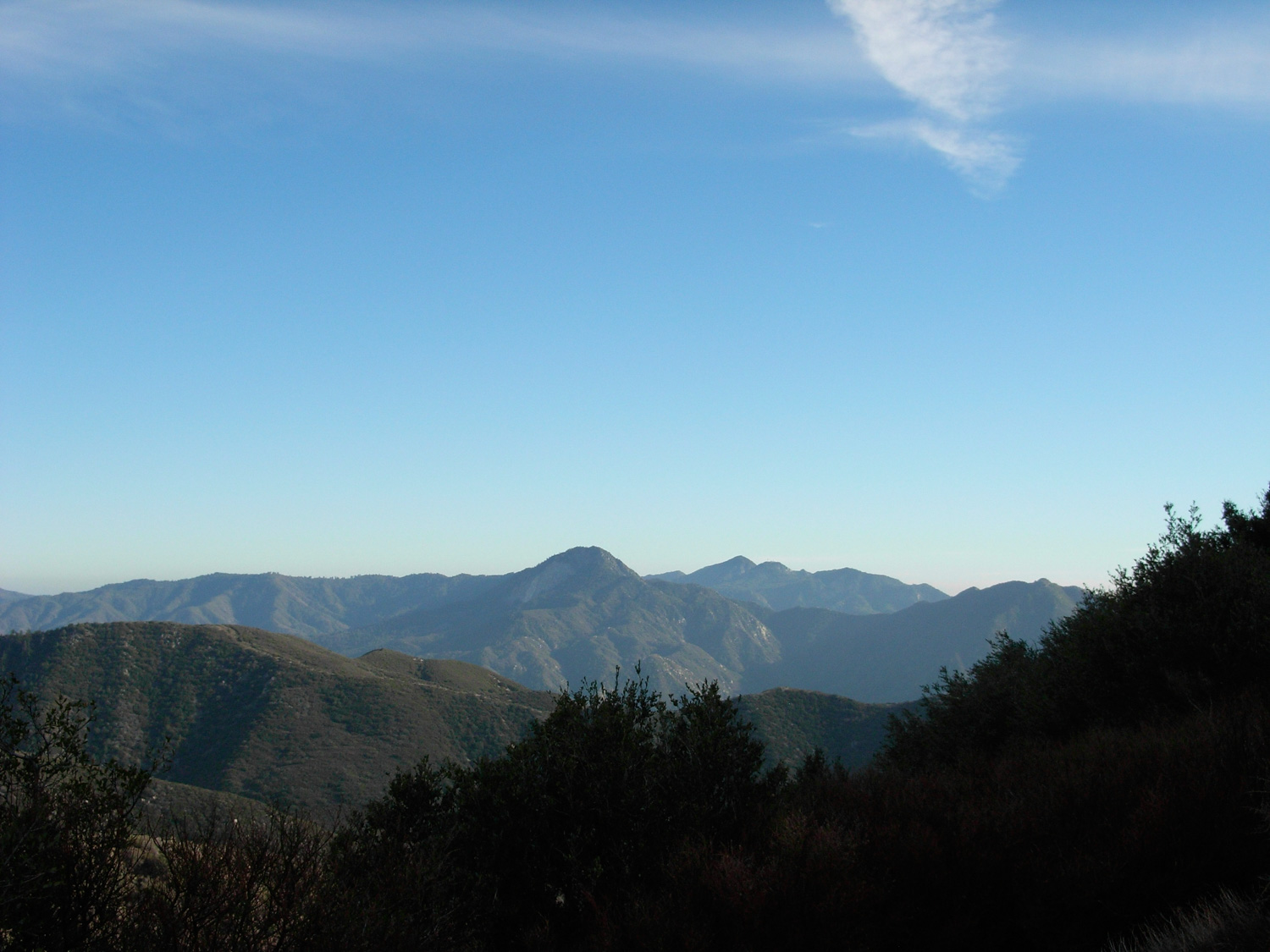 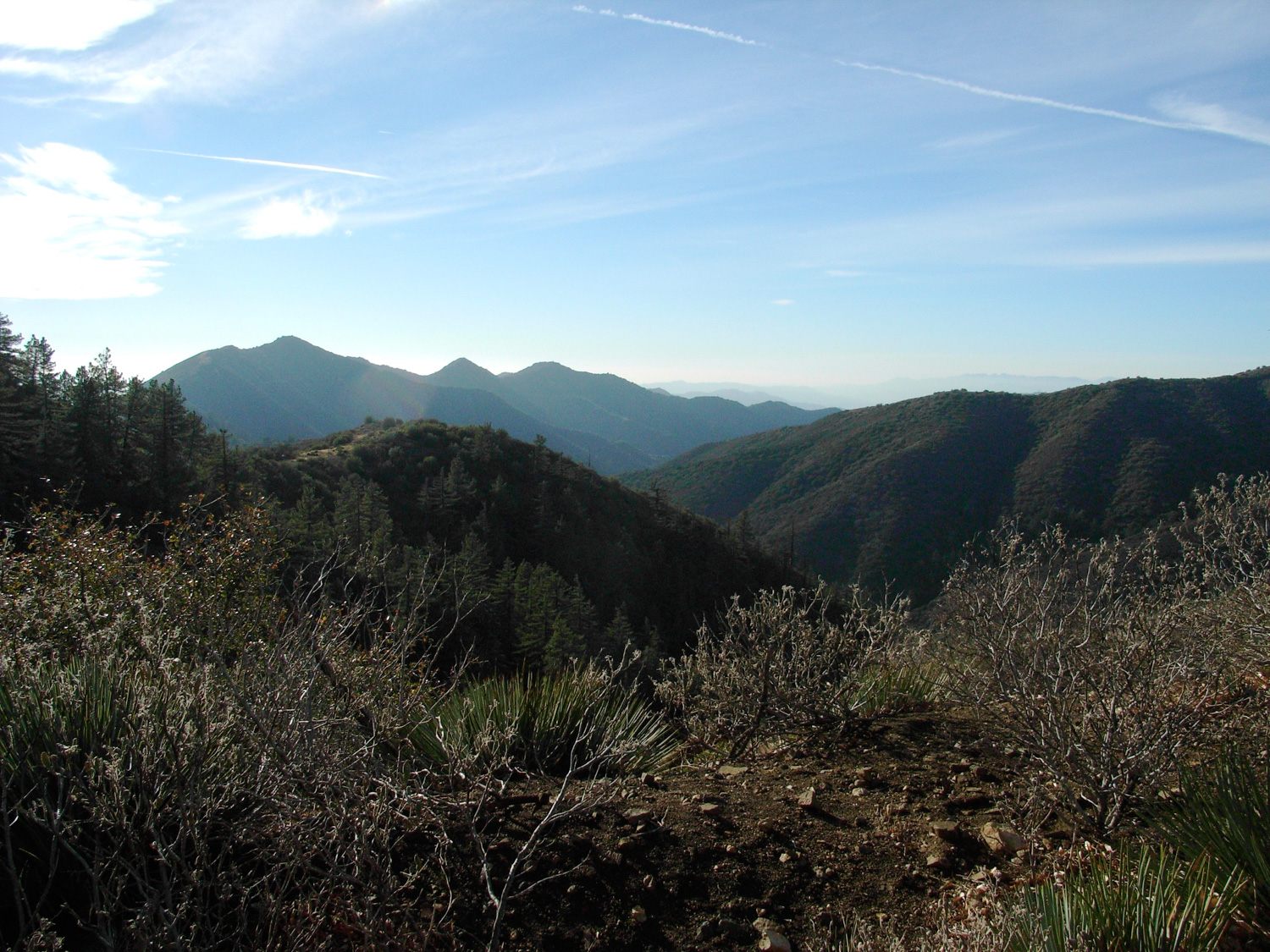 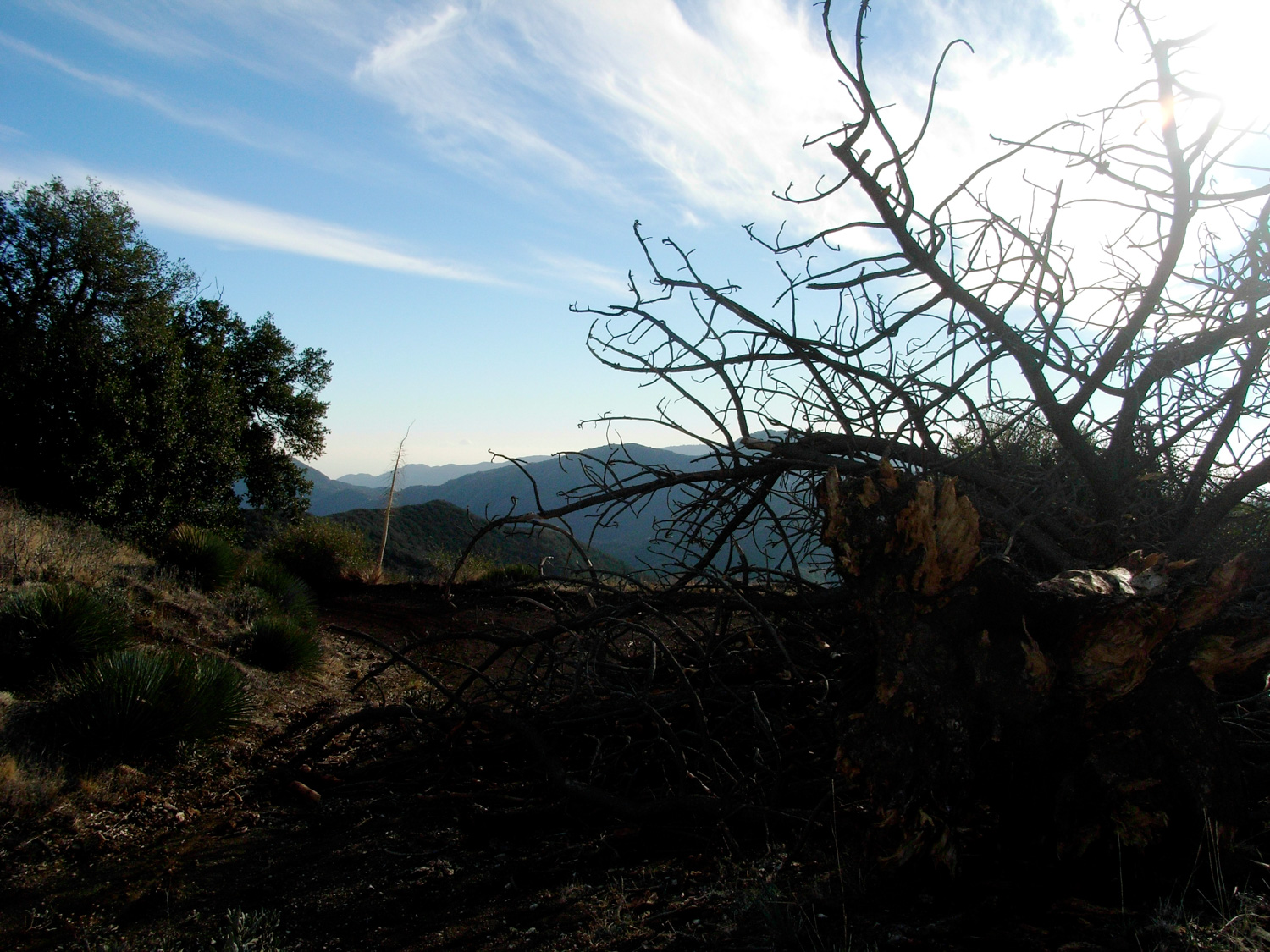 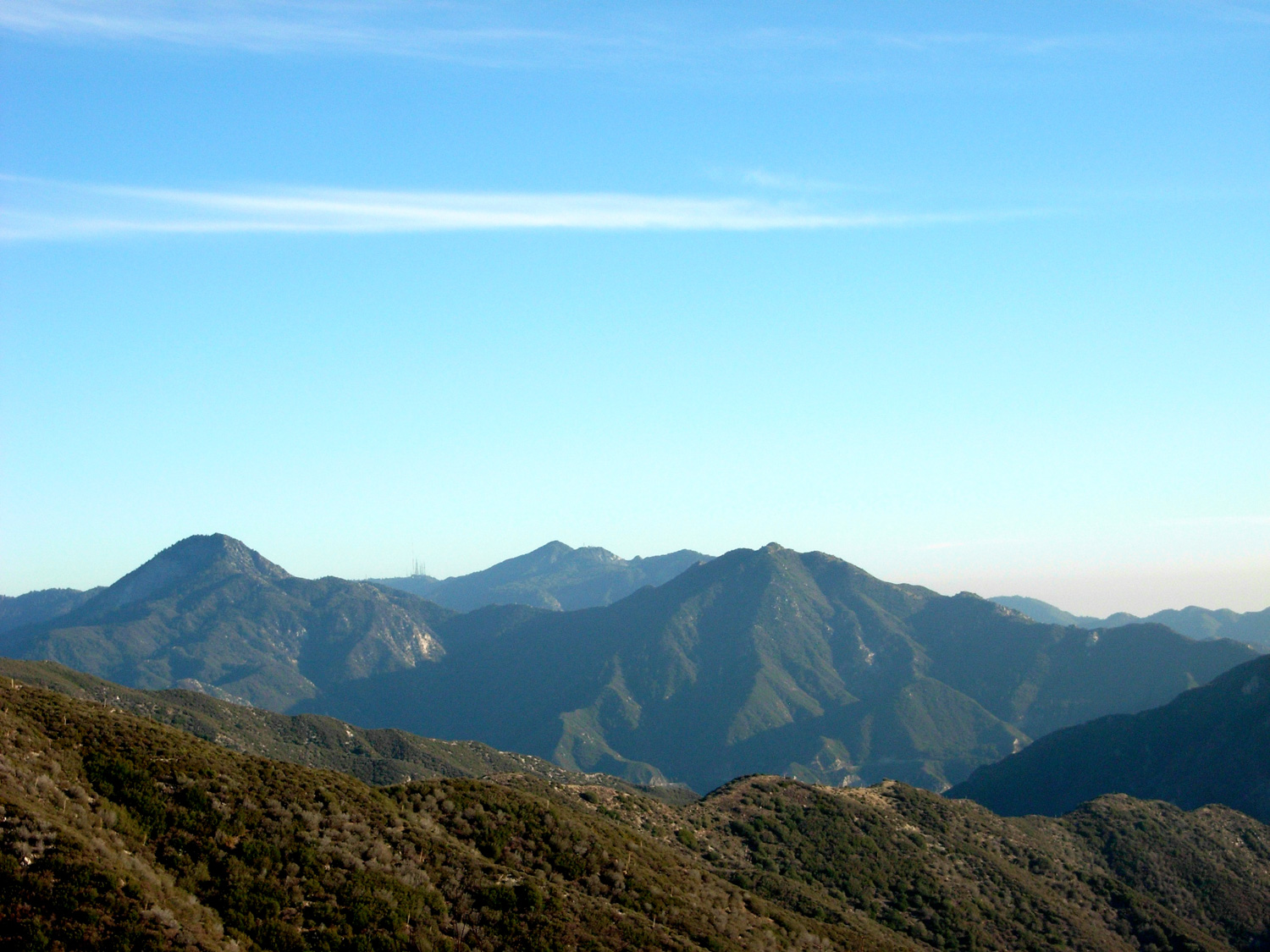 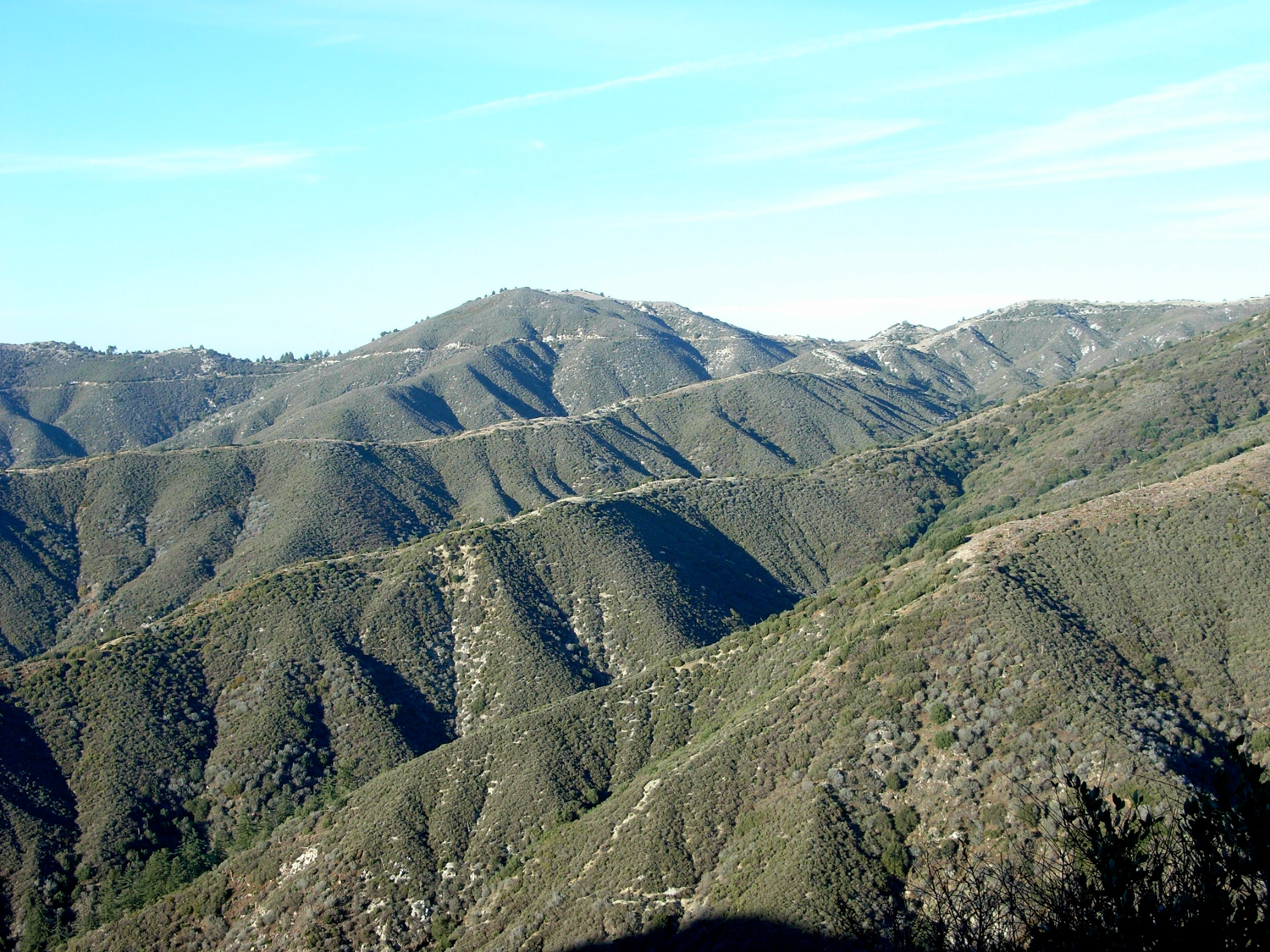 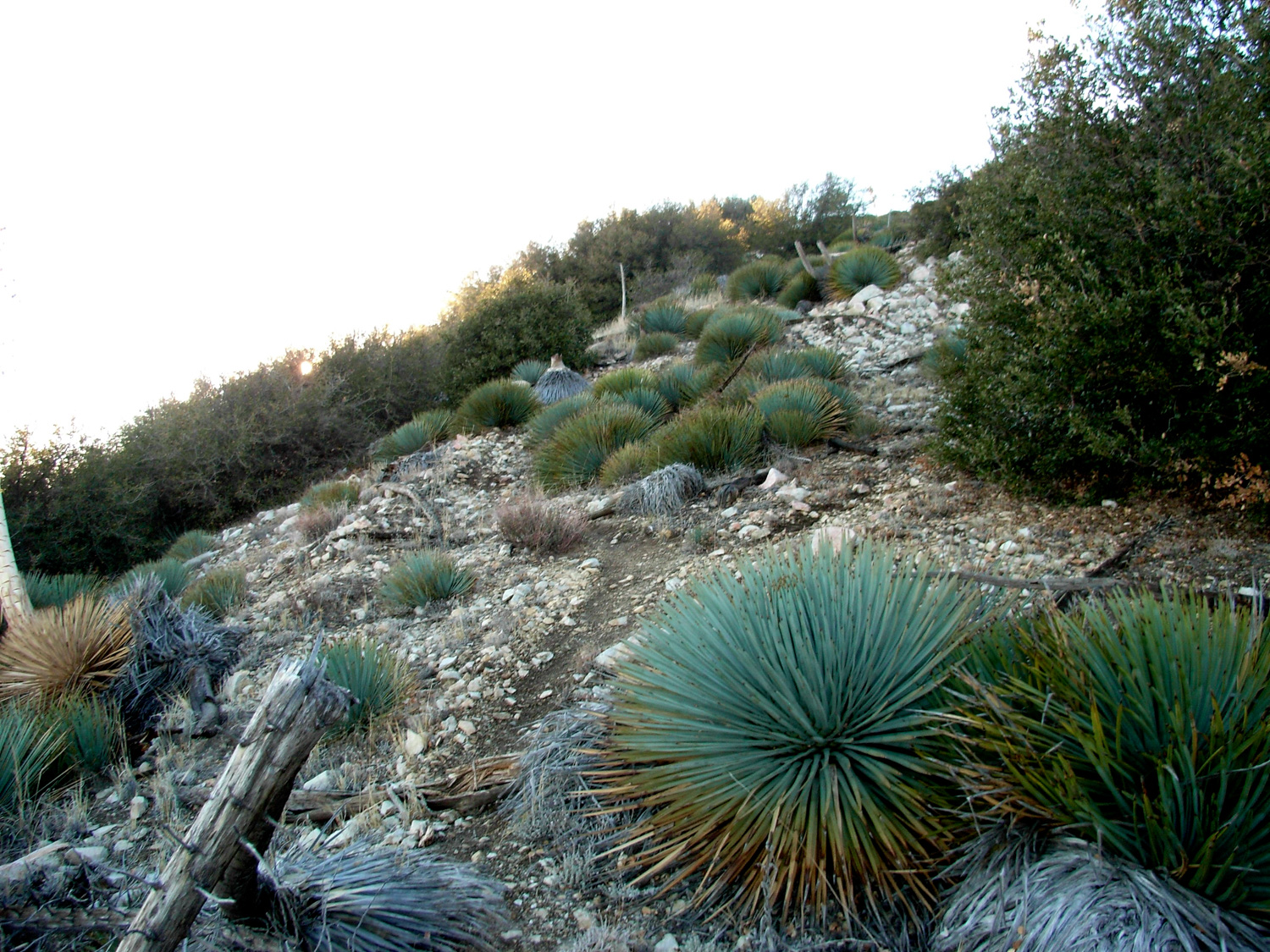 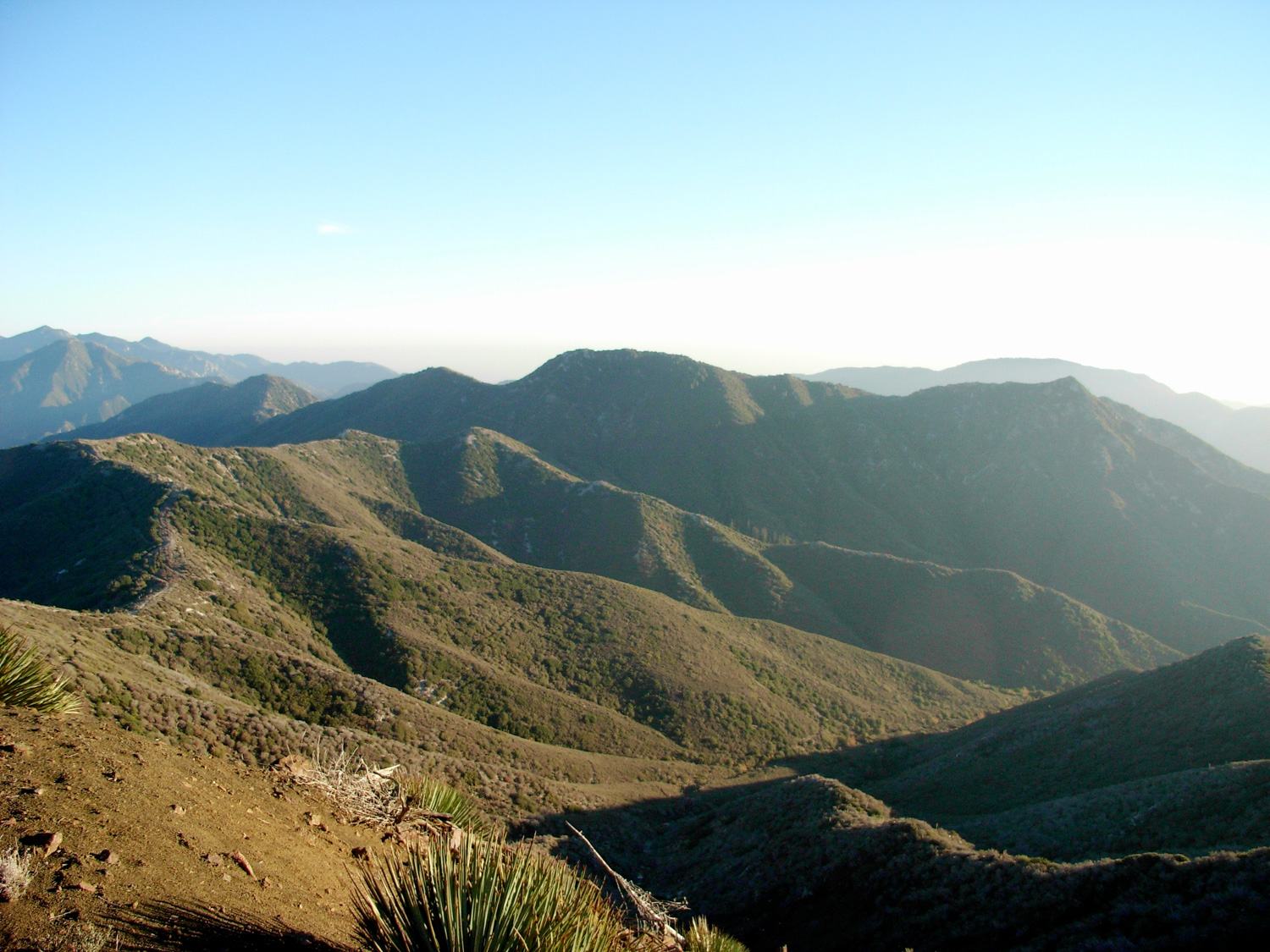 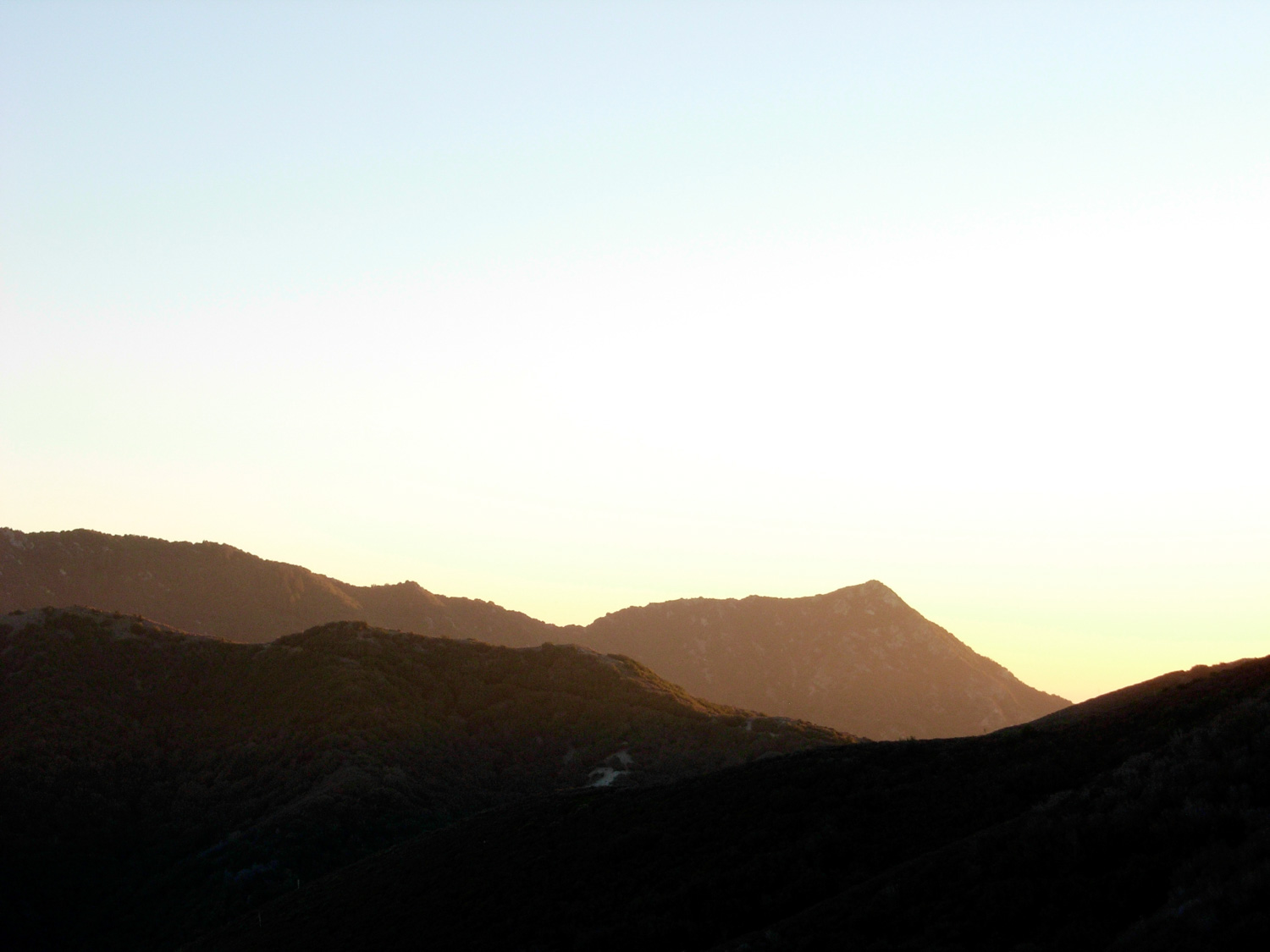 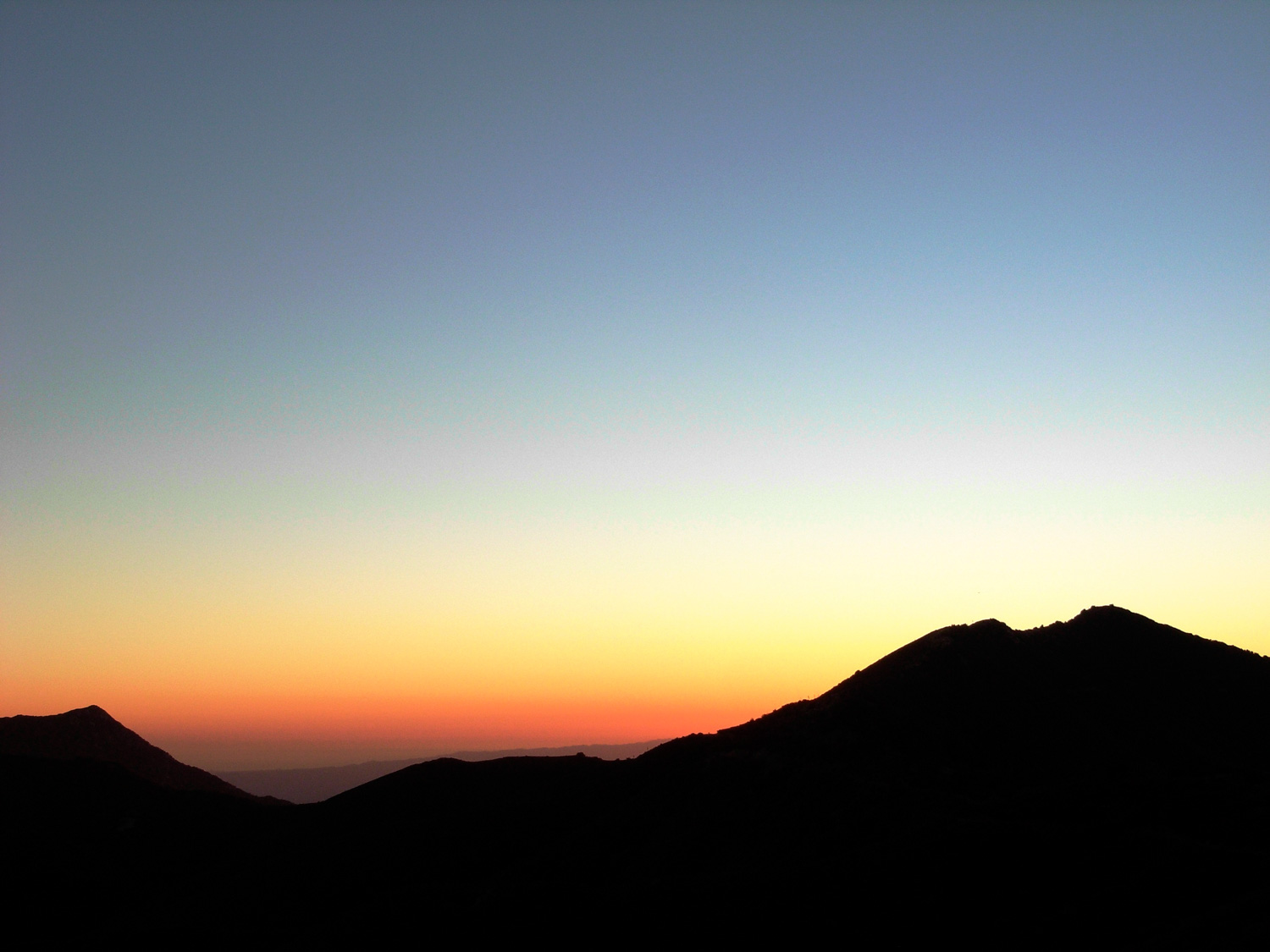 Very good. Most of the path is unused (or rarely used) fire roads, with only the final mile on a single-track use trail. The dirt road to the trailhead is in good condition, but I wouldn't recommend going in after a heavy rain. There are a few hairpin turns. NOTE: The trail condition may be very different once the trail re-opens.