The Hogback Trail is an accessible, just-under four mile loop in Griffith Park to the peak of Mount Hollywood. On a clear day, this hike will give you tremendous views of the L.A. basin and nearby Griffith Observatory, and its short length belies some genuinely sweat-inducing stretches of incline. It’s a great little hike in the heart of Griffith Park — and the Hogback Trail is one of the most beloved fitness hikes in Los Angeles. 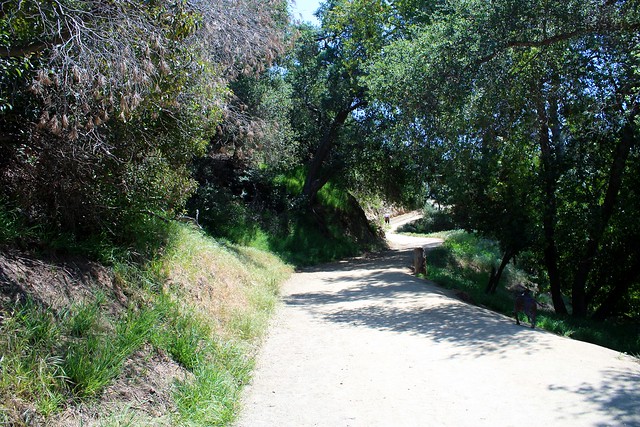 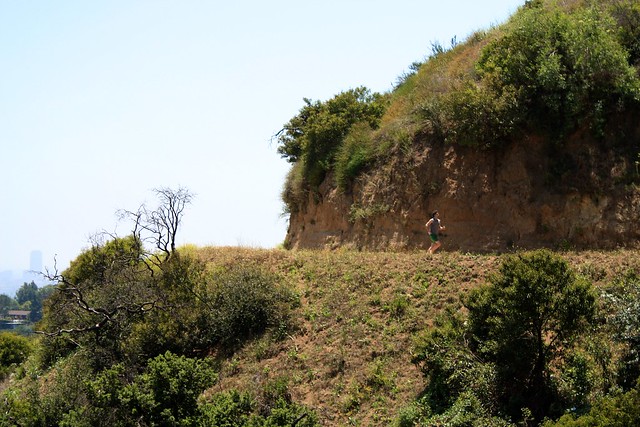 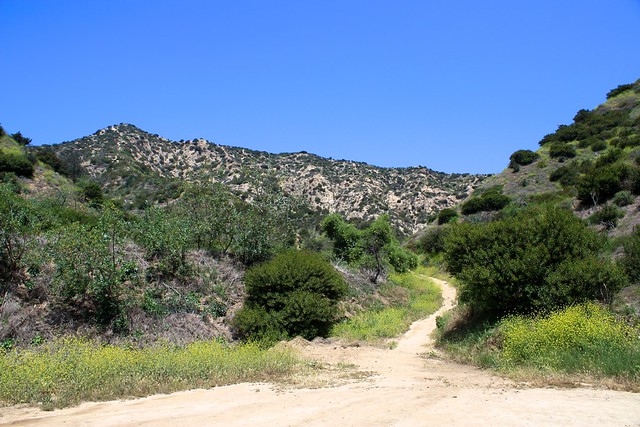 Some of these use-trails can be really fun and a great way to add a bit of extra challenge to your hike – but they are significantly more rugged. Sometimes they end up plowing through overgrown brush and other times they can end in a nearly-vertical scramble to rejoin the established trail. They are not officially recognized by the park and in many cases, their use causes unnecessary trail erosion and damage, so please stick to the established trails. 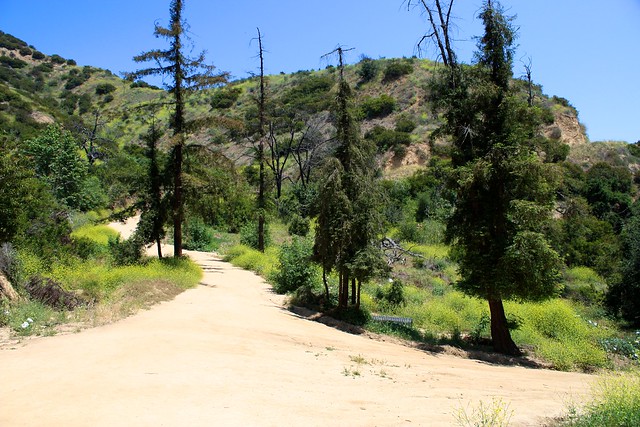 From here, the trail ascends just under 200 feet in the next 0.2 miles before hitting a fire road on a ridge. Take a sharp left to stay on the trail instead of joining the fire road. If you’re going the right way you’ll see a no smoking sign on the left hand side of the path, and you should be able to make out Griffith Park Observatory in the background. This is the Hogback Trail. 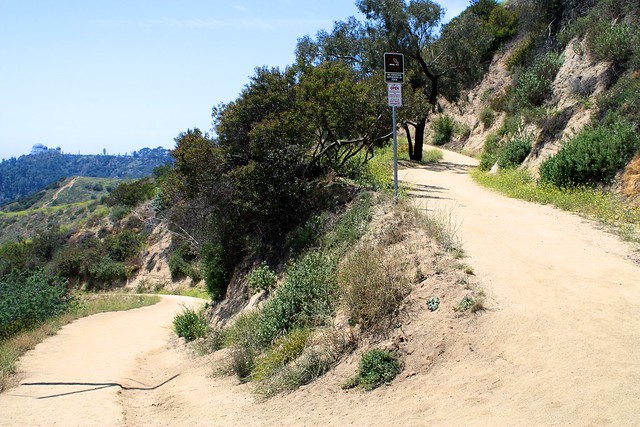 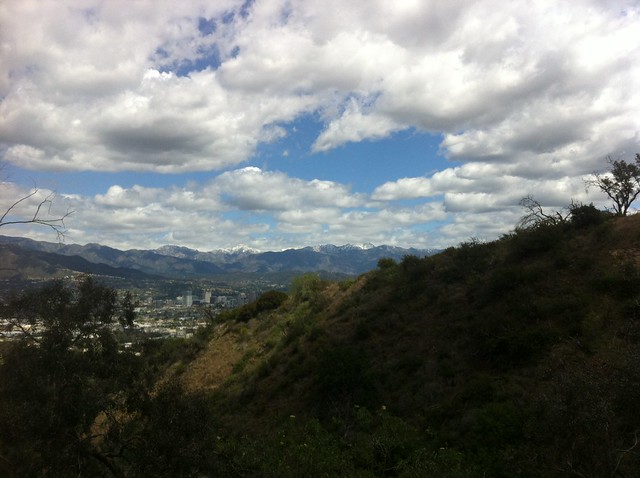 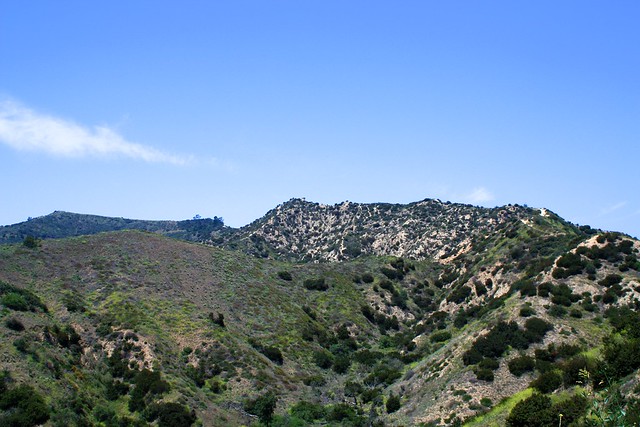 Just before you cross the bridge on the Hogback Trail, there is a very short side trip you can take up to Glendale Peak via Henry’s Trail. You can’t miss the sign. 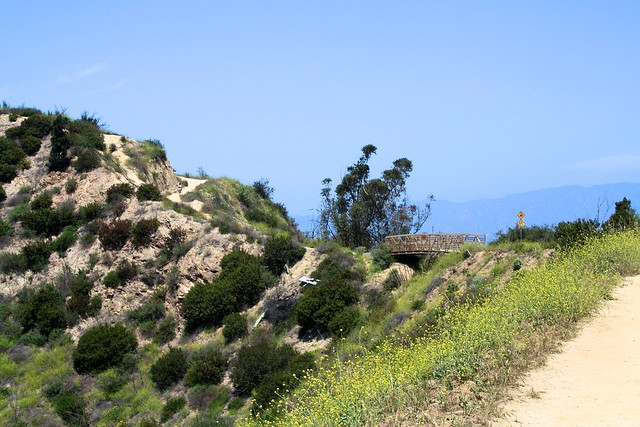 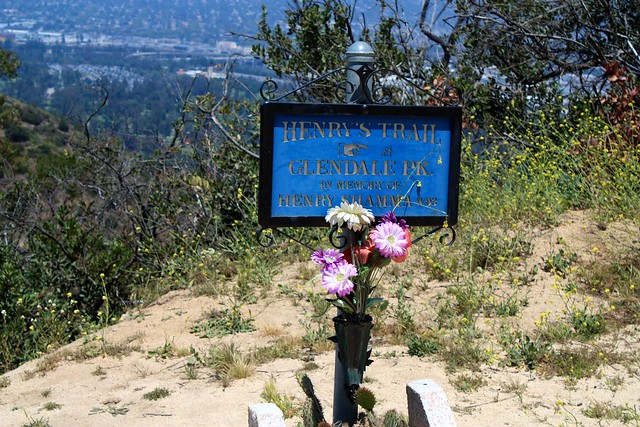 It’s not technically difficult, but on a hot, sunny day this stretch could definitely make you winded. Just take it easy and enjoy your workout and views on the Hogback Trail. 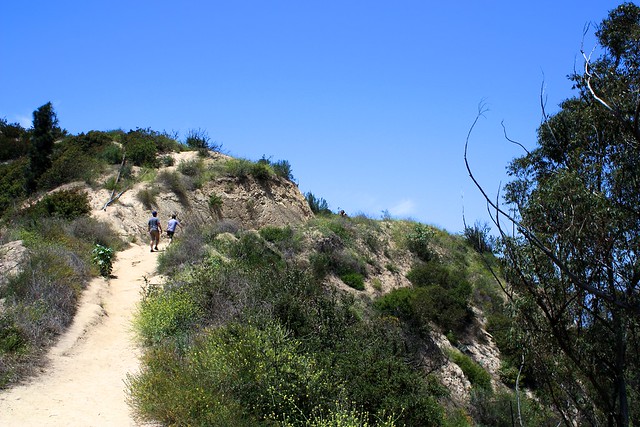 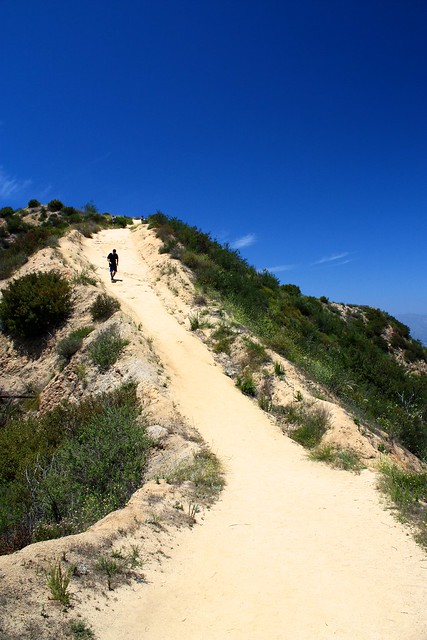 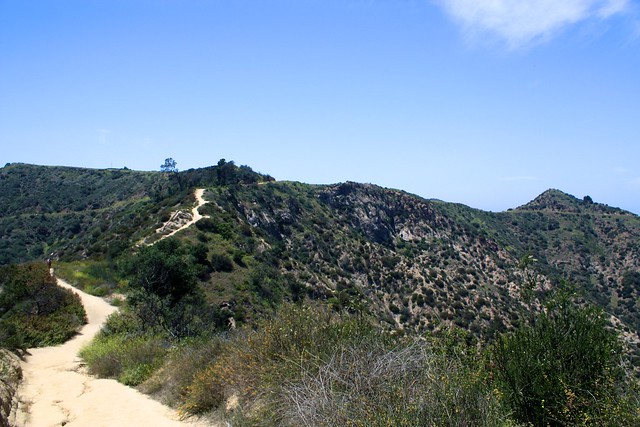 At the 2.2 mile mark, the ridge-walking Hogback Trail comes to a junction with a north-south fire road near a small, shaded garden called Dante’s View. The Garden here is named for Dante Orgolini, an Italian artist and journalist who moved to the United States in 1926. He attended Boston University, received a degree in art, and was planning on heading to Brazil after finishing a few murals for the Santa Barbara Courthouse but instead settled in Los Angeles to cover the entertainment industry for the Brazilian newspaper A Noite. Living in Los Feliz, he took to exploring Griffith Park in his spare time, and with the help of fellow hikers and park rangers, he carved out this garden that now carries his name. Dante maintained the garden for years as a volunteer, succeeded by a fellow longtime volunteer named Charlie Parker (the Charlie Turner Trailhead near the Observatory and Berlin Forest is named in Parker’s honor). 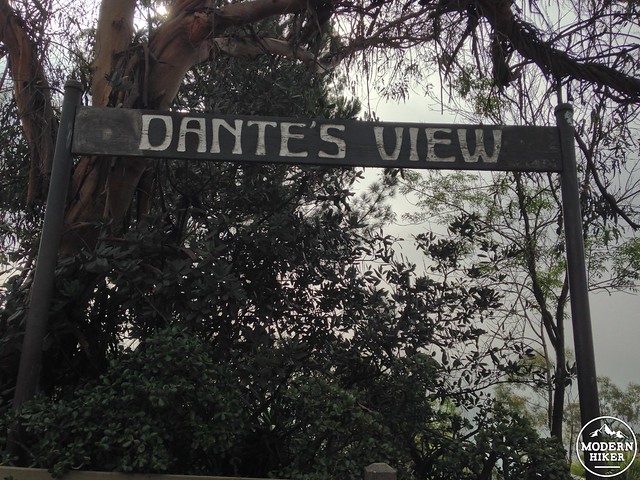 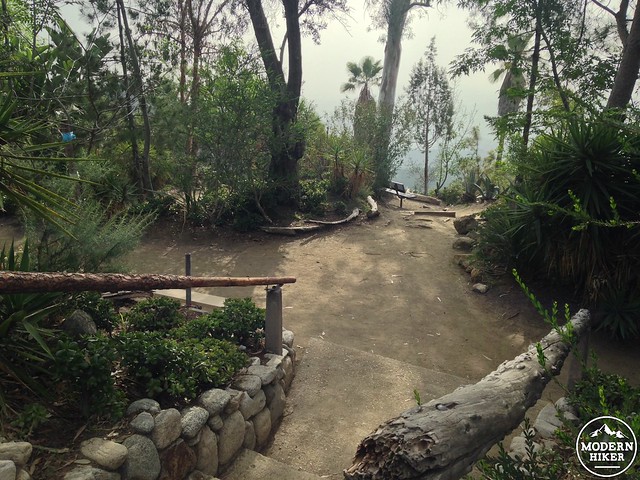 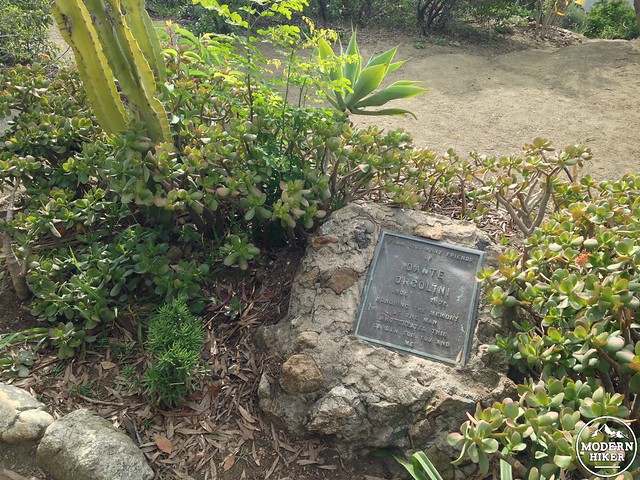 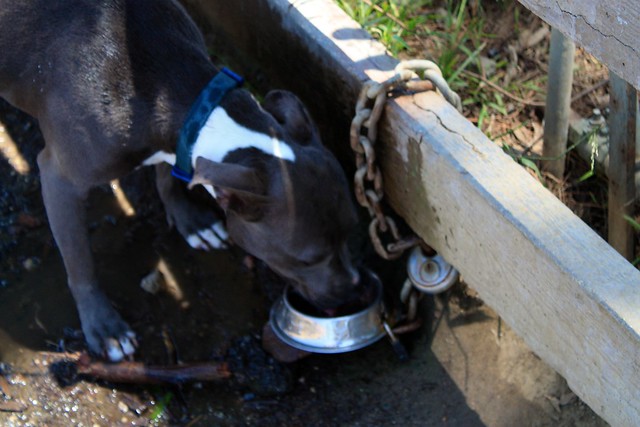 When you’re ready to make the final short trek to the summit, continue west on the Mount Hollywood Trail, then follow it as it loops southward to head toward the summit. You should be able to see a small fenced-in area with picnic tables and some equestrian bars. If you’ve got a clear day, you’ll get some great views of the Observatory, downtown, and even a side-angle on the nearby Hollywood Sign. 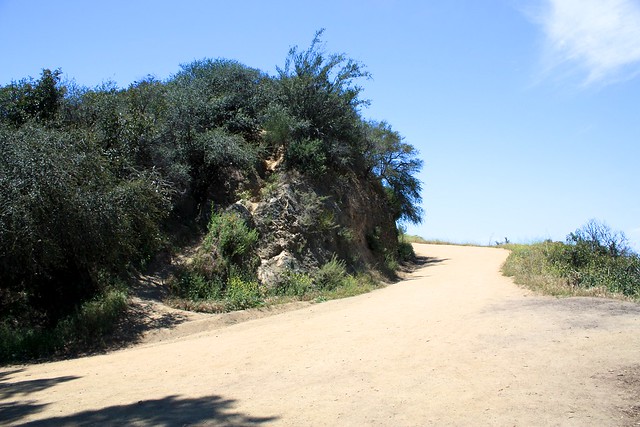 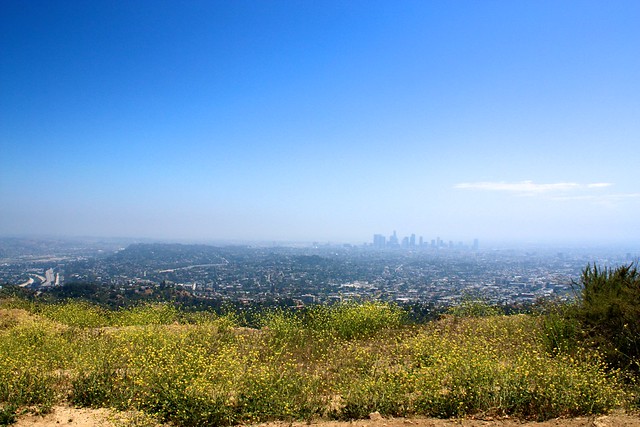 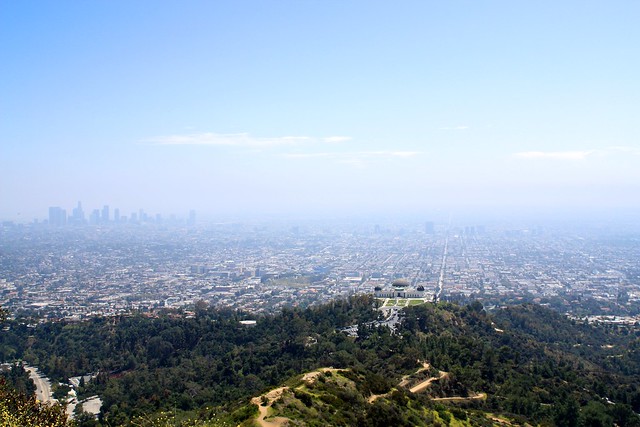 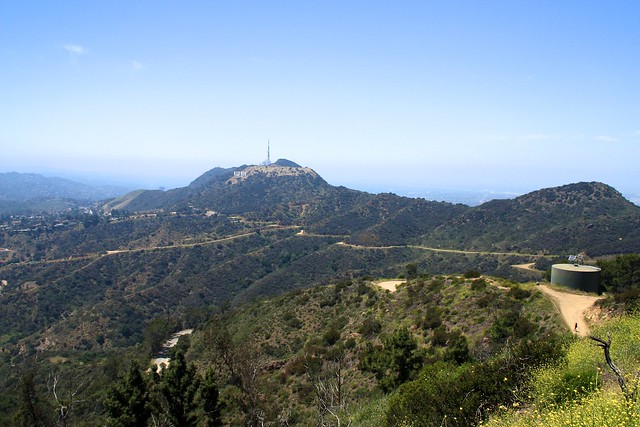 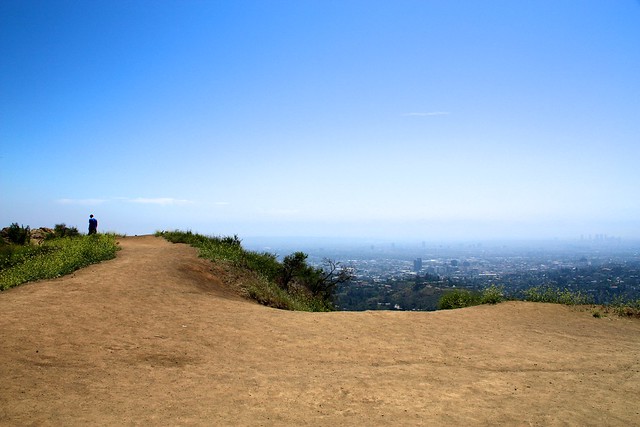 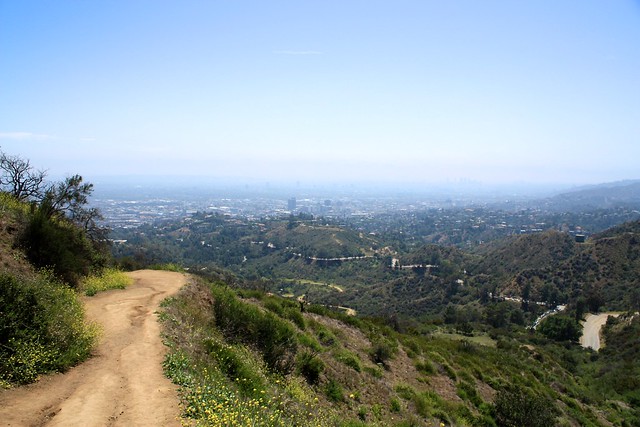 Unfortunately, unless you hop off this trail onto some other use-trails, this won’t take you to the Observatory, but it will give you a surprisingly lovely (and kind of steep) descent back down to Vermont Avenue on the Bird Sanctuary Trail, spitting you out just past the under-renovation Bird Sanctuary at a bathroom and picnic area just above the Greek Theatre parking area. 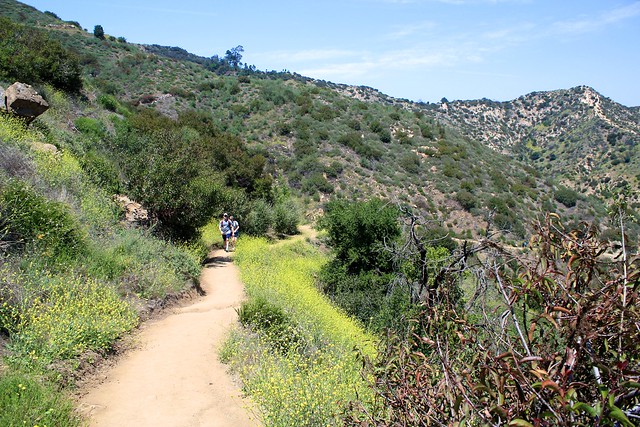 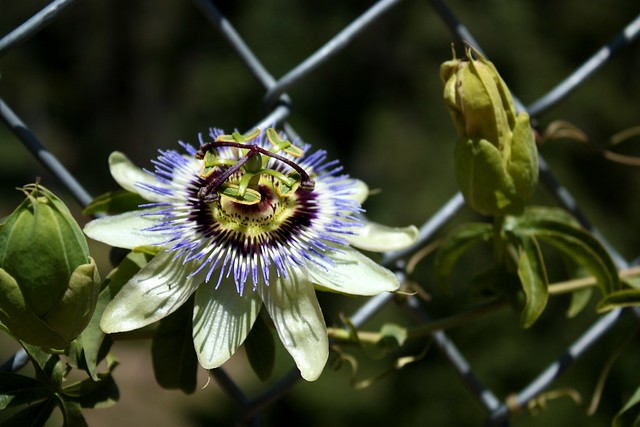 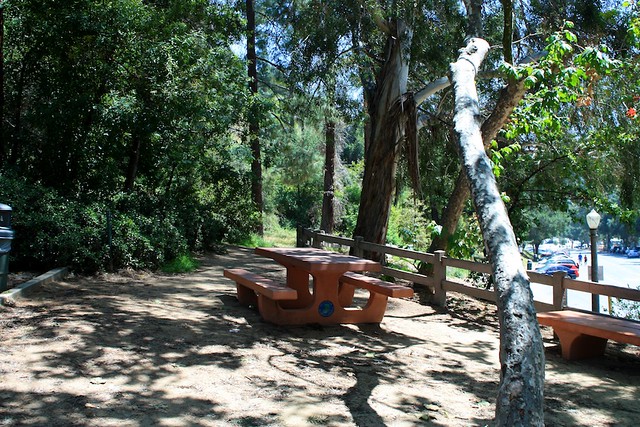 Trails in Griffith Park are well maintained, and now this route is well-marked with trail signs. As long as you ignore the use trails, you should be OK.