Out in the hinterlands near Warner Springs, the Pacific Crest Trail traverses some wild and lonely country before coming upon one of the most blatantly anthropomorphizable (is that a word?) natural features in the state, if not the country. The large granite rock pile known as Eagle Rock looks so ridiculously and obviously like an eagle that none of the usual squinting, debating, head-tilting, and skepticism that accompanies an anthropomorphized rock formation applies in the slightest. There is absolutely no doubt that the thing looks exactly like an eagle. 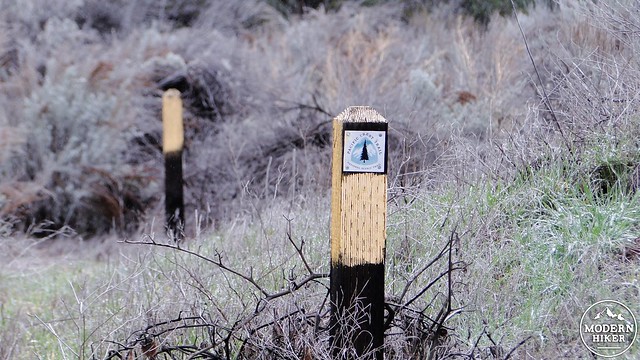 In addition to such a remarkable formation, the hike to Eagle Rock also provides a chance to enjoy some easy hiking on the PCT through rolling grasslands straight out of Lord of the Rings (muster the Rohirrim!) and gnarled old oaks in an expansive woodland. The period between March and May usually provides a diverse wildflower show, depending on recent precipitation, and the views of the surrounding mountains, including Hot Springs Mountain, Bucksnort Mountain, the Palomar Mountains, Mesa Grande, and the Volcan Mountains all combine to make for a satisfying afternoon in the backcountry. 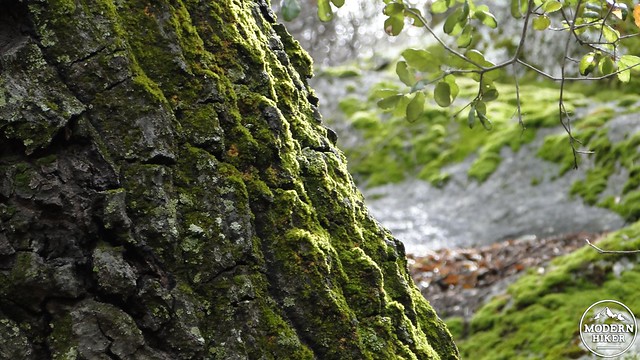 Starting out from the fire station, you will follow the trail down and across the seasonal creek bed where it will begin a gently-undulating stretch through a woodland full of often magnificently gnarled old oak trees. This is a wonderfully pleasant stretch of trail on a cool day following a rain storm, but might be uncomfortably warm during a summer afternoon. For the next mile to mile and a half, the trail will follow the creek on its western bank through oak trees and through occasional meadows dotted with more cacti and sagebrush. You’ll see occasional flat spots used for backpacker sites that might beckon should you be taking this stretch as a backpacking trip. 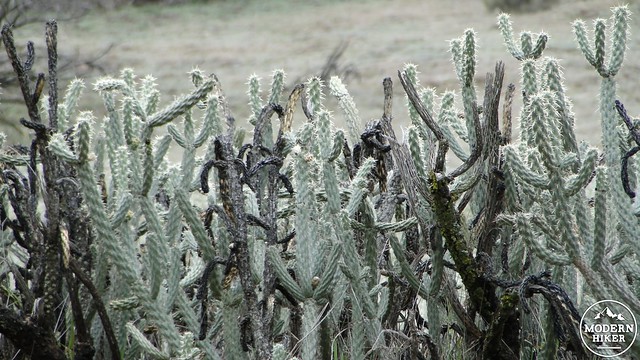 On the way to Eagle Rock

The trail will begin to climb up onto a ridge clothed in chaparral. From here, views open up of the grasslands rolling away toward Lake Henshaw, Mesa Grande, and the south end of the Palomar Mountains. After crossing this ridge, the trail will begin a bit of a roller-coaster as it enters the grasslands. Like the section between the two parts of Highway 79, this grassland area is criss-crossed by a number of man-made and cow-made trails that can cause some confusion. The GPS track may come in handy, but if you’re doing this on a cool spring weekend, you’re likely to encounter a number of other hikers and equestrians heading in either direction who will help you find your way if the trails get confusing. 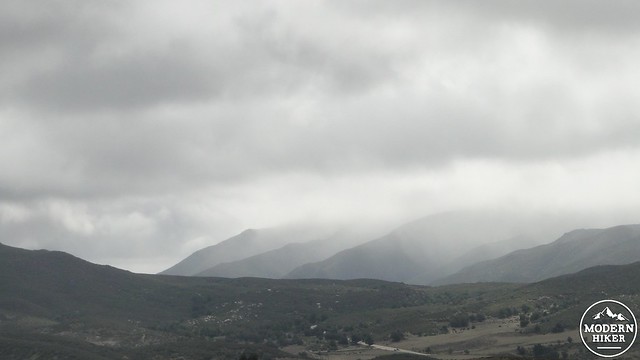 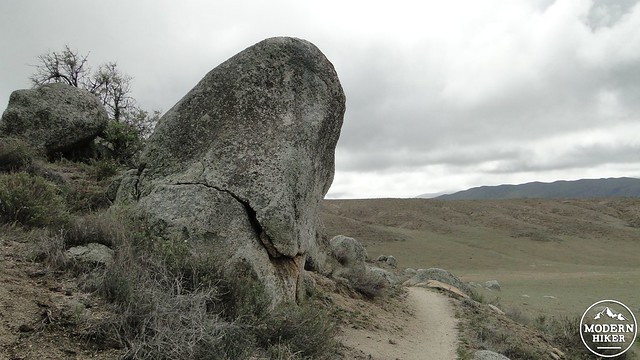 The trail will soon gain a nice vantage point after dipping in and out of a few ravines. Looking to the south, you’ll see a number of boulder piles. Scattered among those is Eagle Rock. Don’t expect to see the eagle formation from a distance, as it actually faces away from the trail. However, as you continue on, you will see a pretty obvious side trail branching toward one of the largest rock piles. Follow the side trail up a short slope and bear right to emerge directly in front of Eagle Rock. You’re likely to share the spot with some other adventurers who are also marveling at how much the rock pile resembles an eagle. This is a great spot to eat a picnic lunch while enjoying the views of the valley around you in all directions.

Once you’ve had your fill of the rock formation and the surrounding views, you will retrace your steps on the PCT over the grasslands, up and over the chaparral-covered ridge, through the gnarly old oak woodland, and to your parking spot near the fire station. If you opted for the longer version, you’ll cross back over Highway 79, over the seasonal creek, through the other grassland section, bend back to the right, and re-emerge at the trees near Agua Caliente Creek before coming back to the other side of Highway 79 where your car awaits your return. 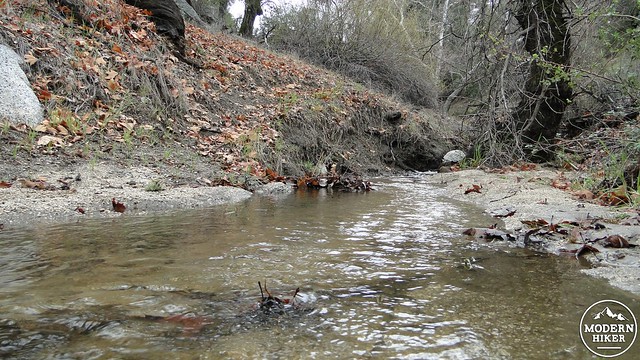 This creek is usually dry, unless there has been heavy rain 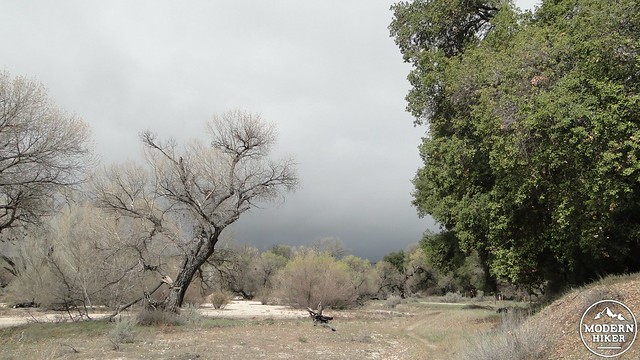 Whether it is the 7 mile or the 10 mile version, you will have enjoyed a unique destination through a variety of ecotones on a brief stretch of one of the greatest trails in the country. This is a fine way to spend a day during the spring, as the hike may also come with a great wildflower display and mild temperatures. You also have the option of turning this into a brief backpacking trip that will allow you to branch out and explore some of the other nearby areas, including Agua Caliente Creek/Canyon. 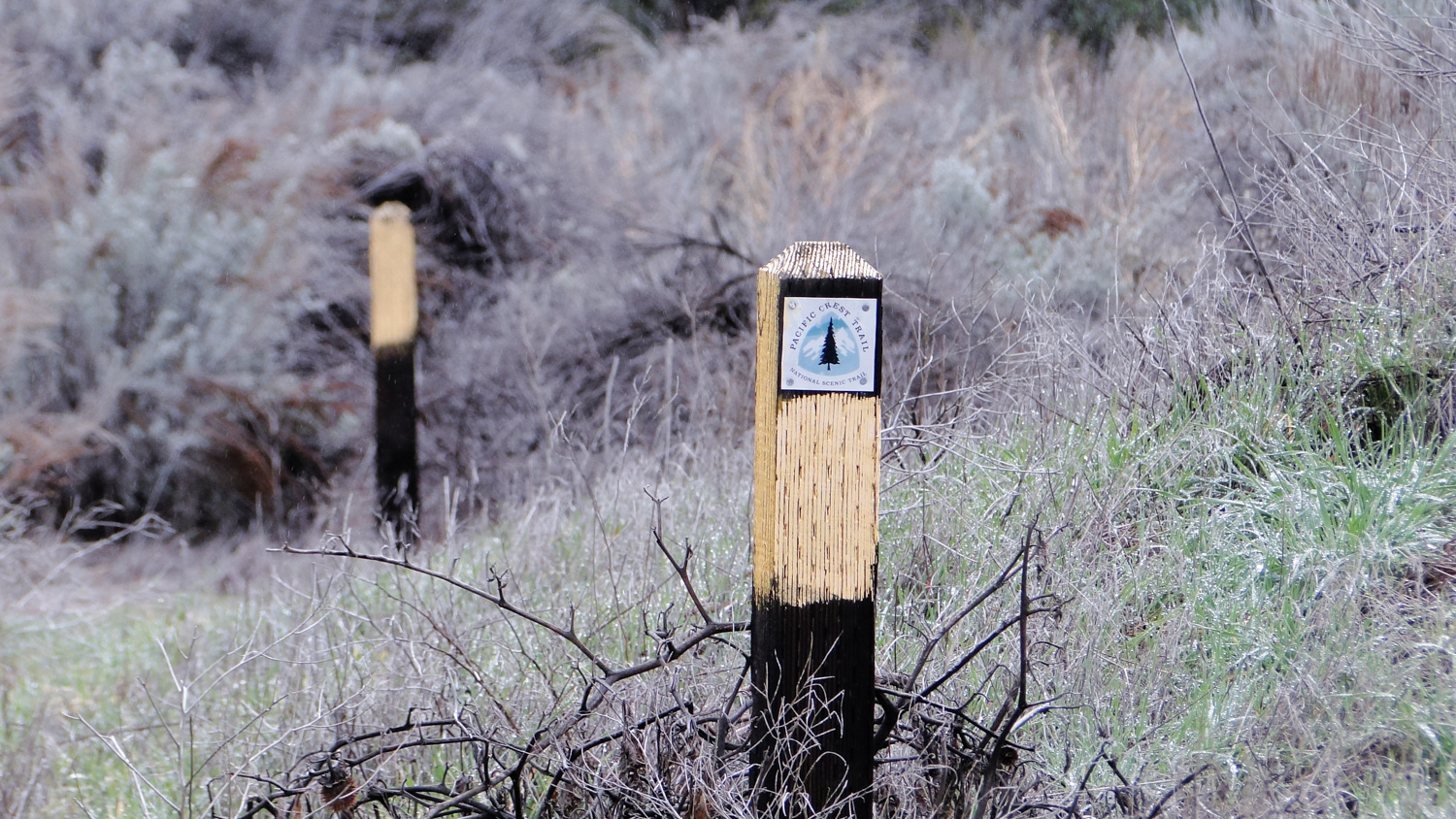 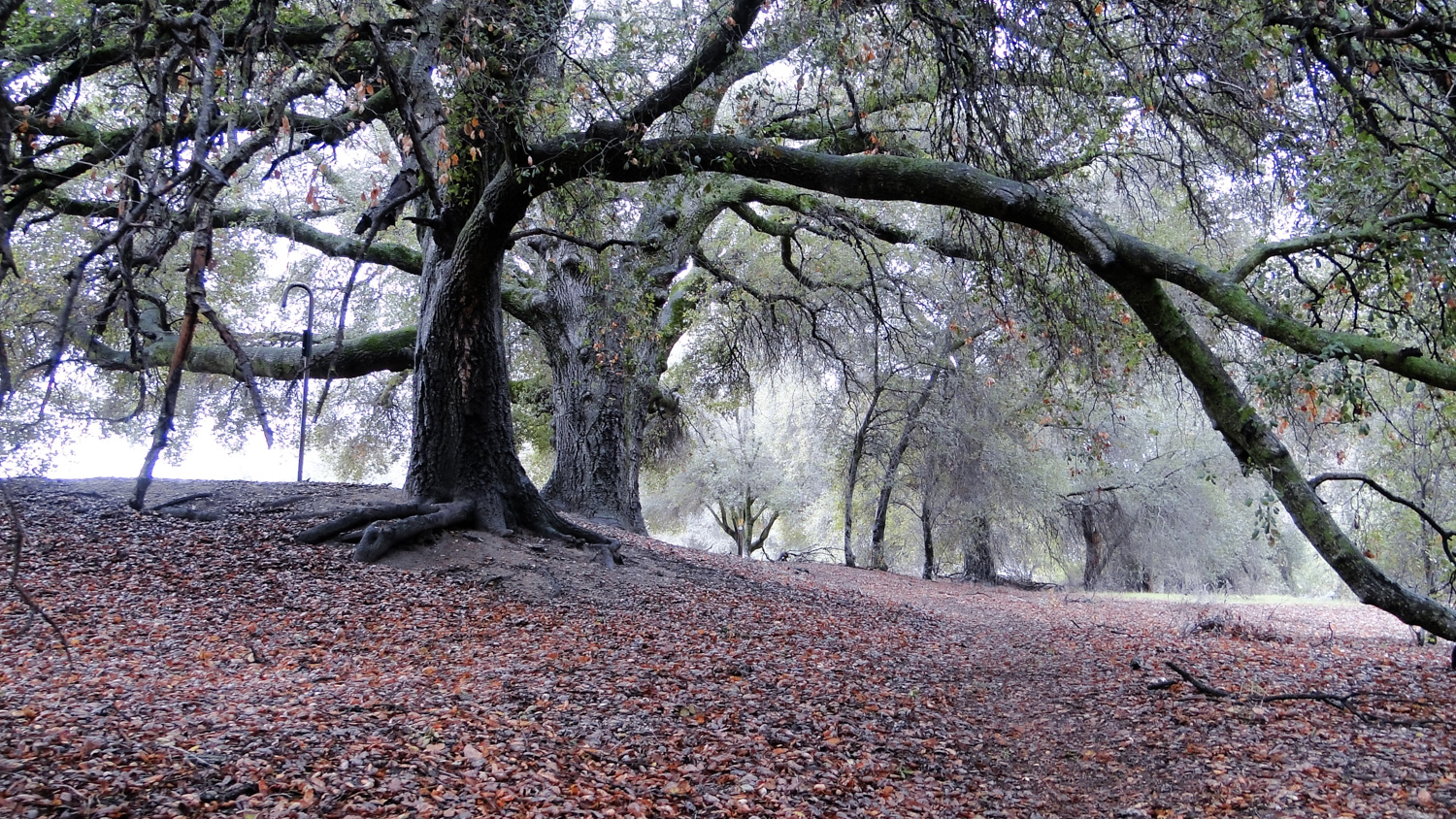 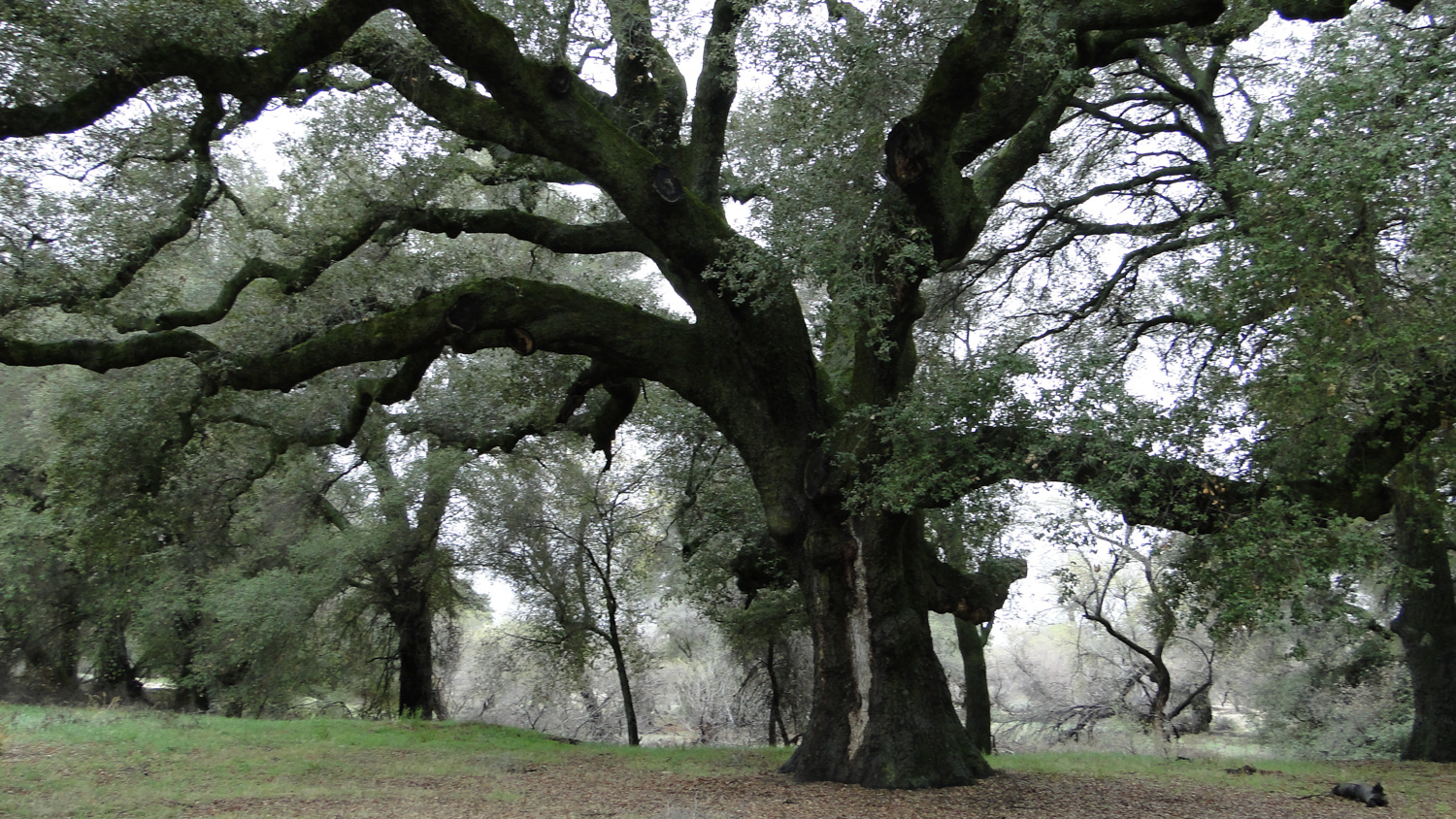 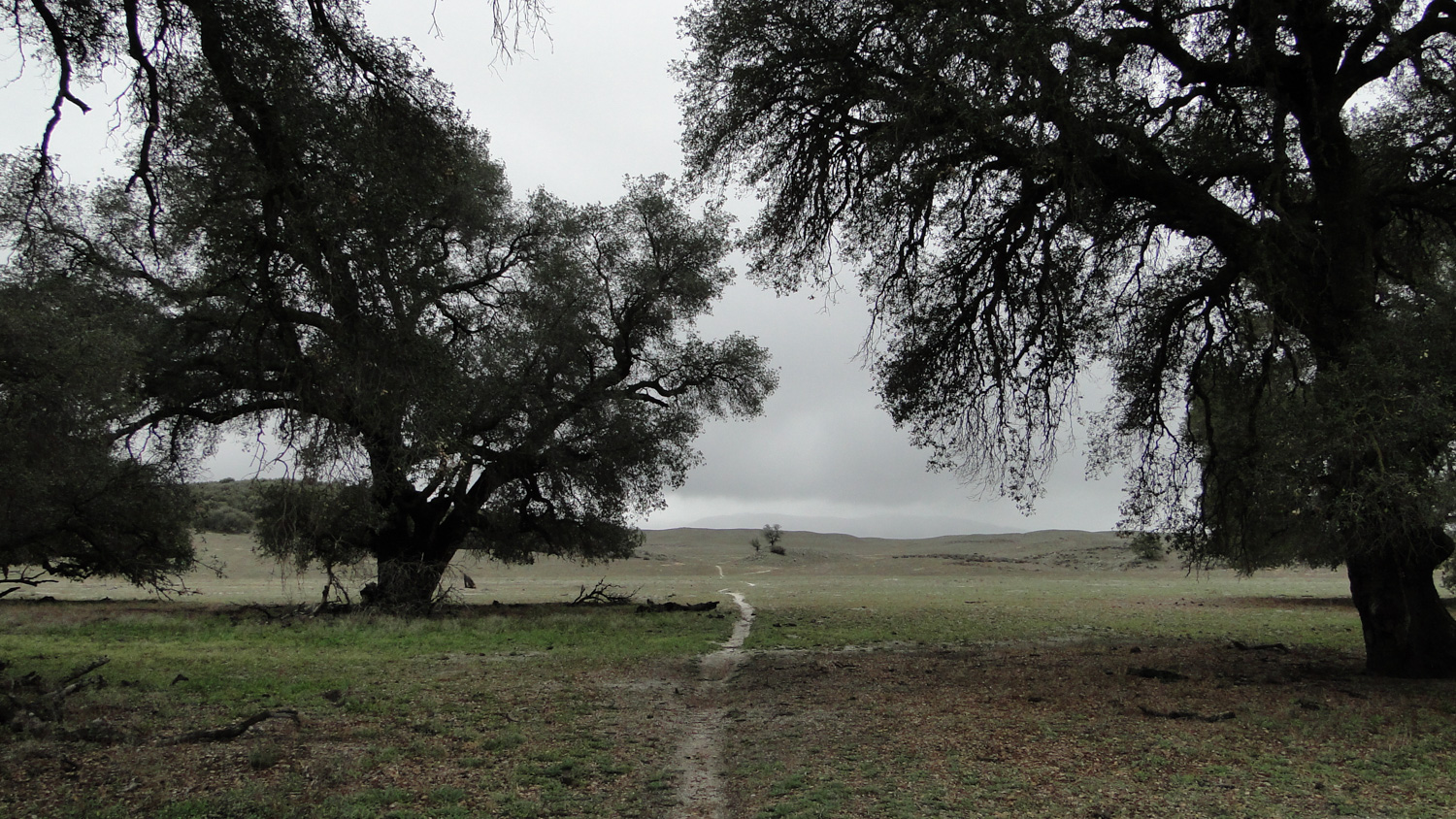 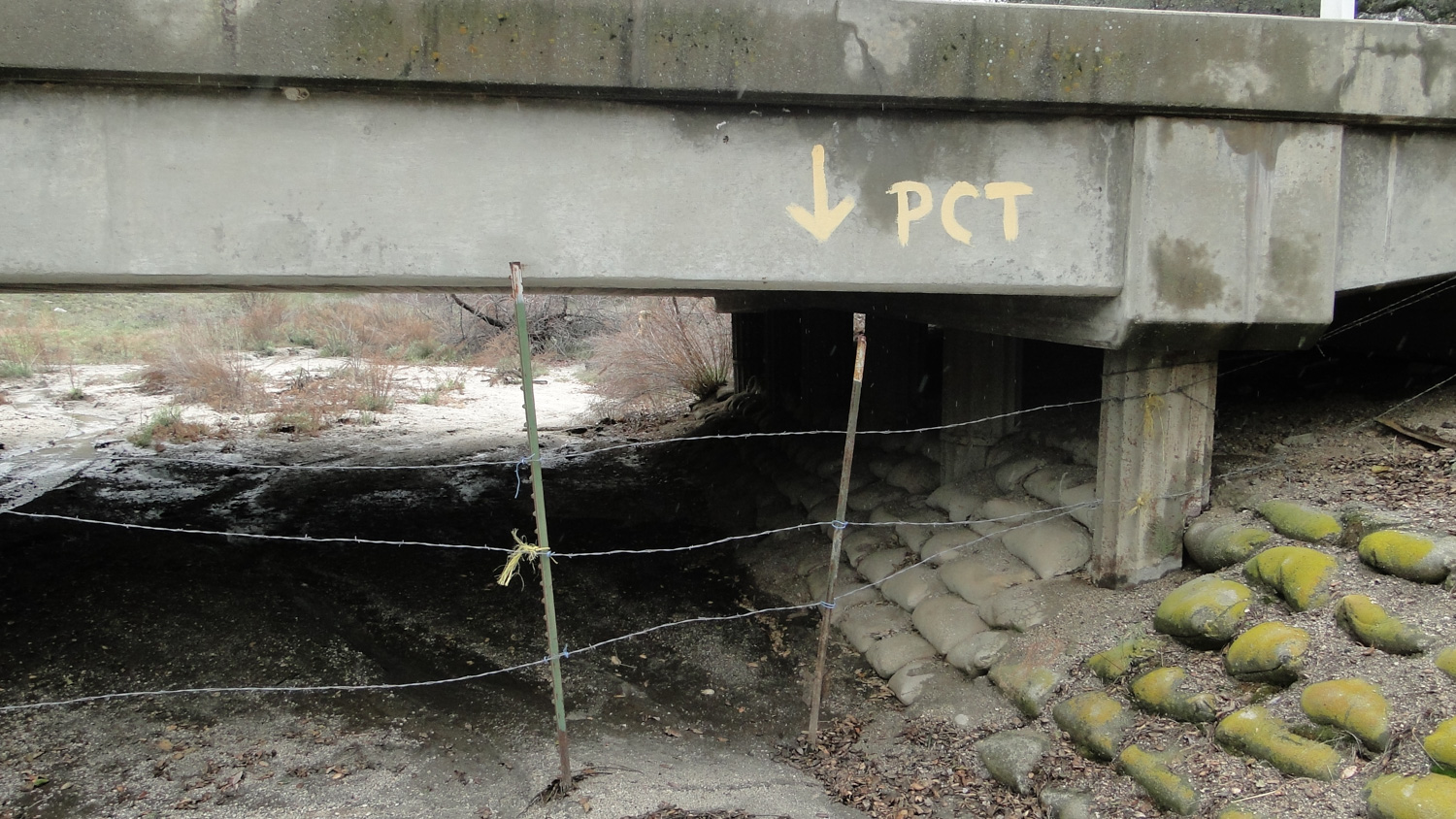 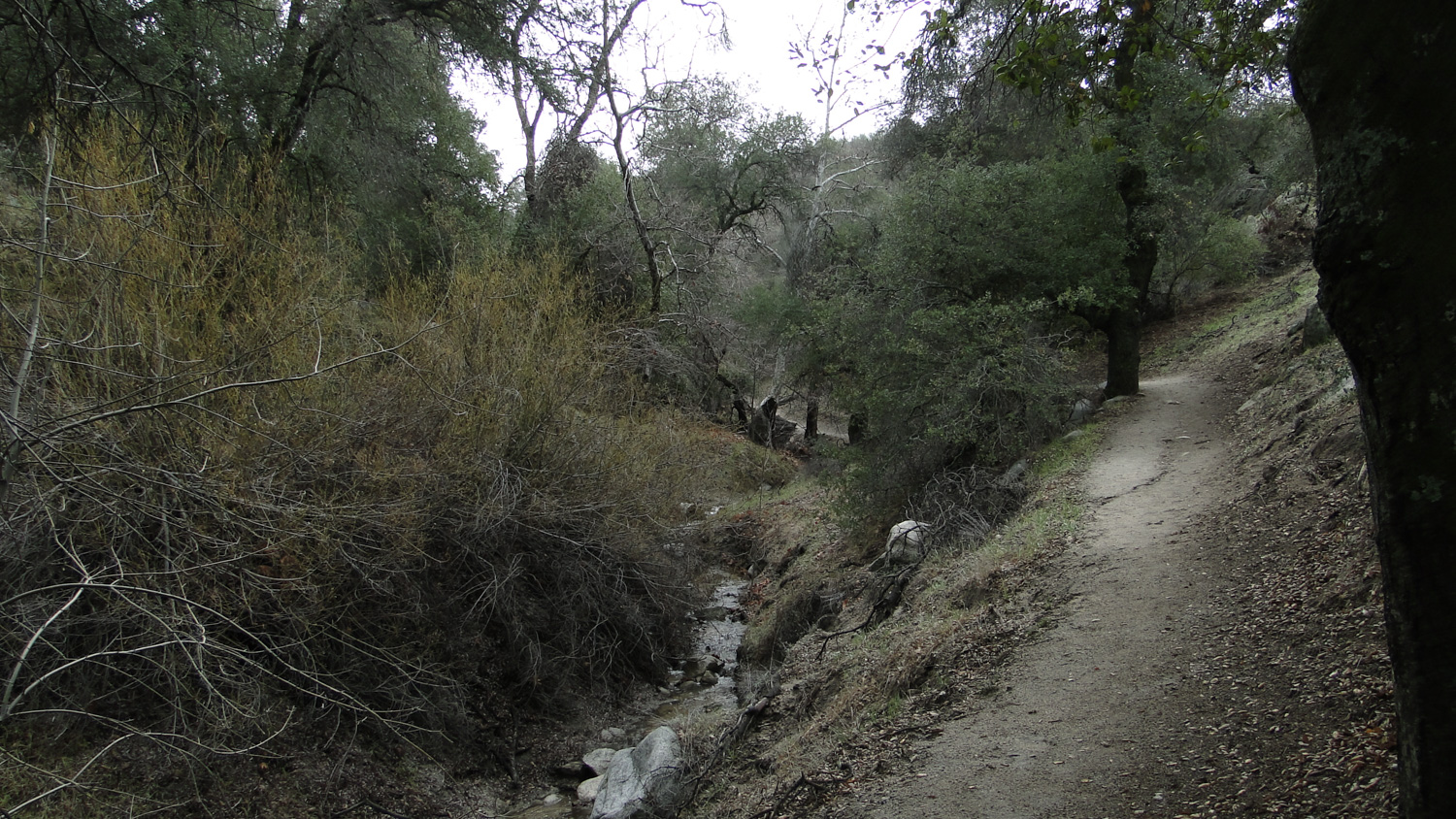 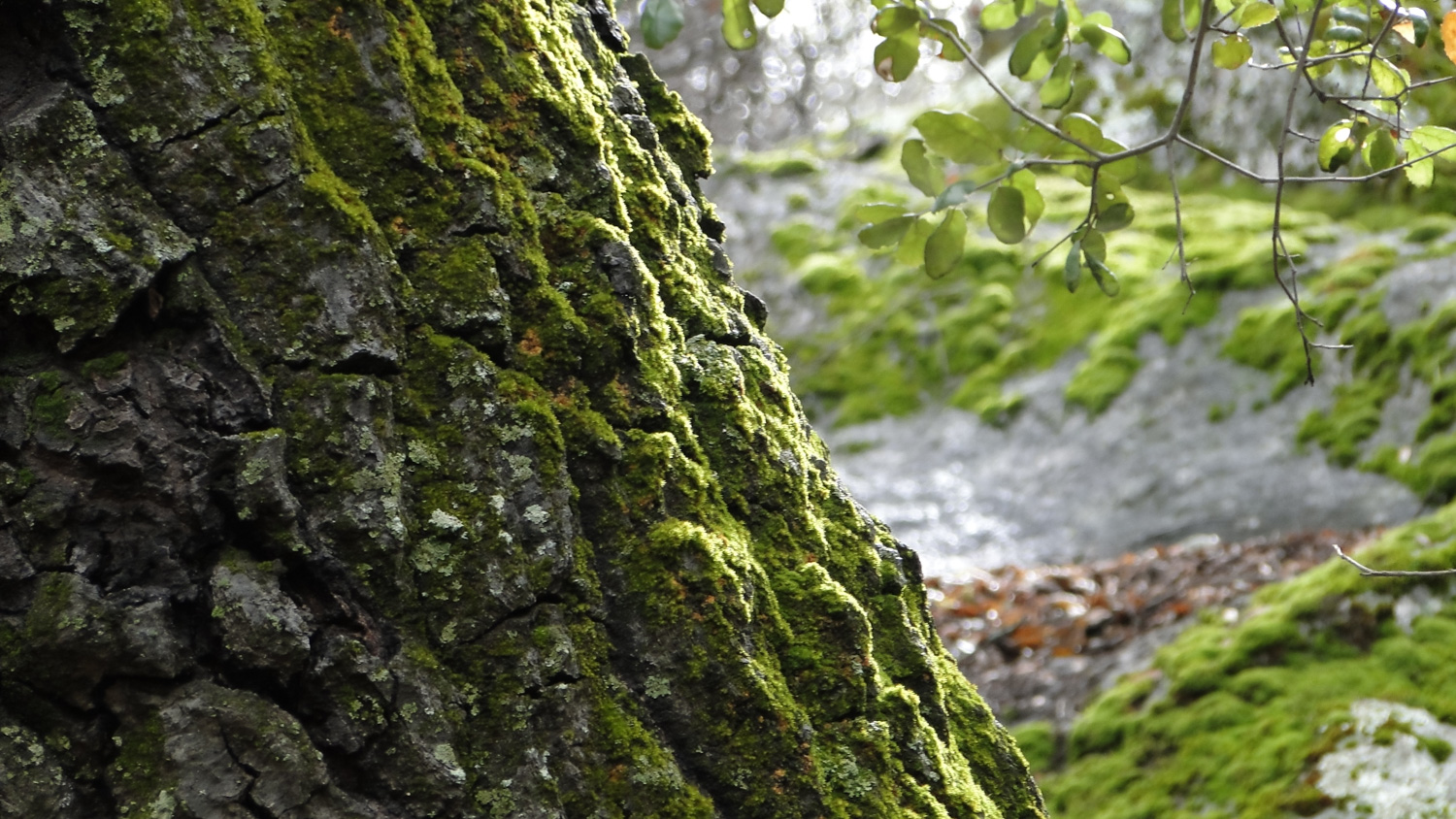 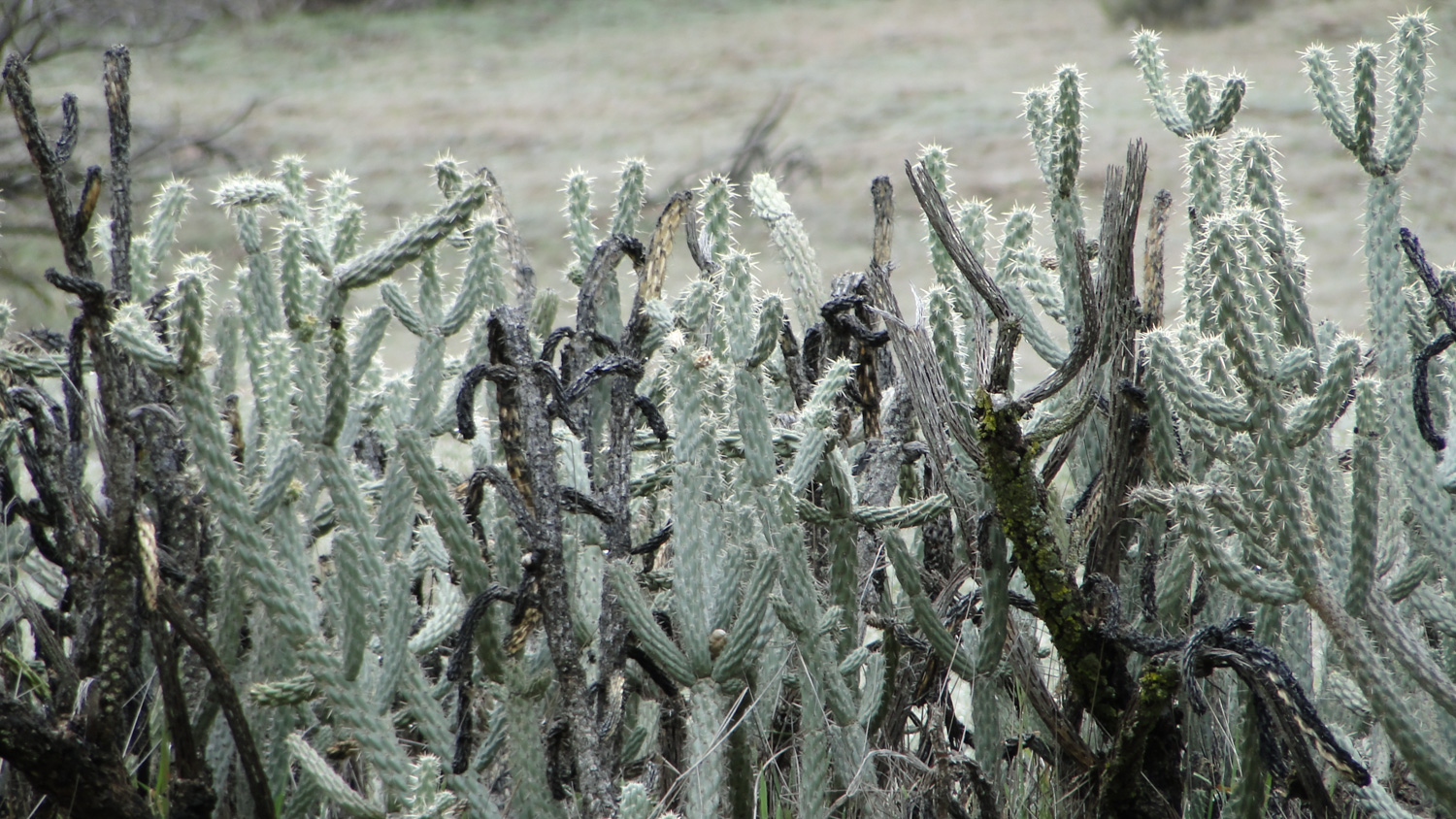 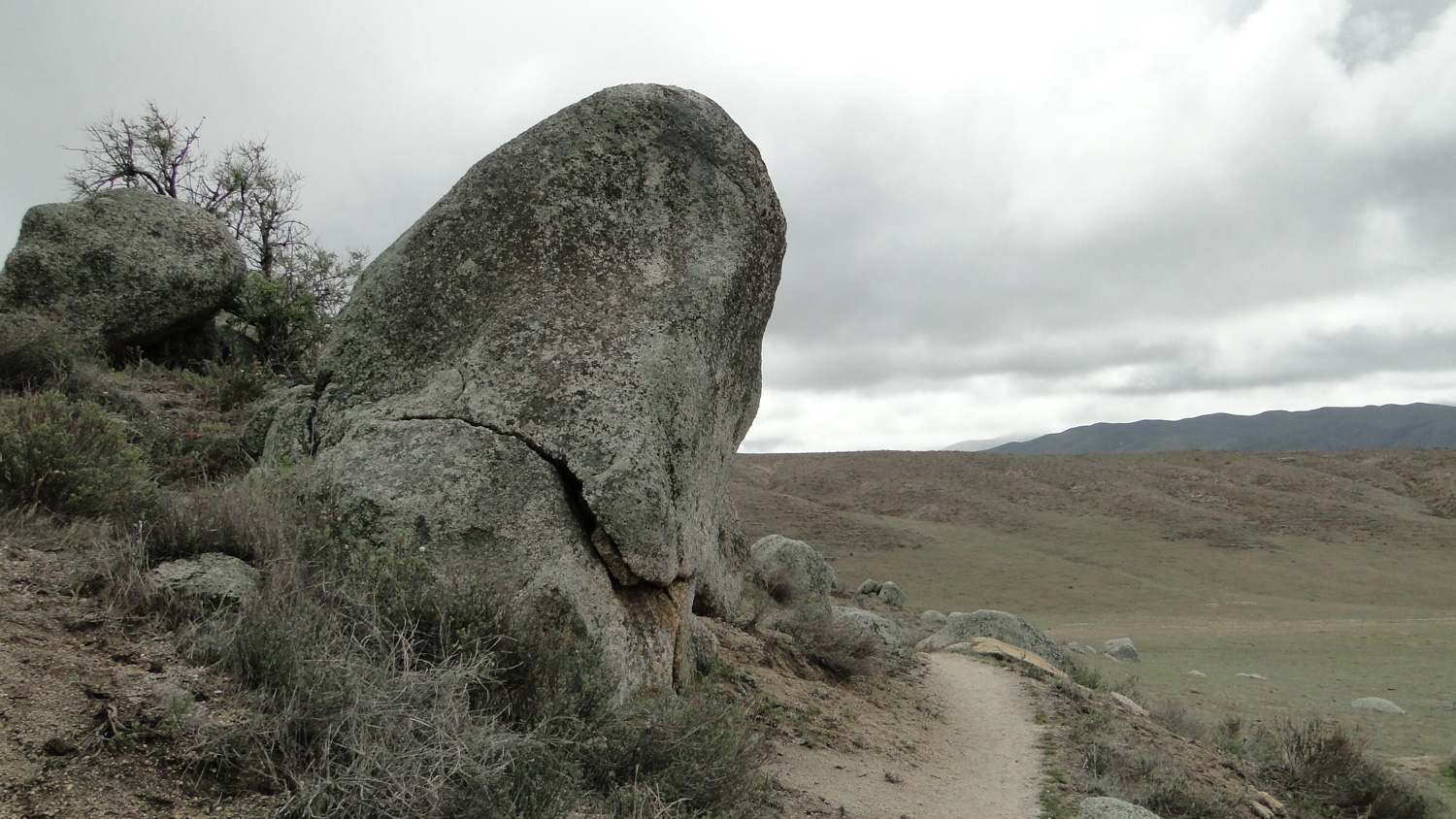 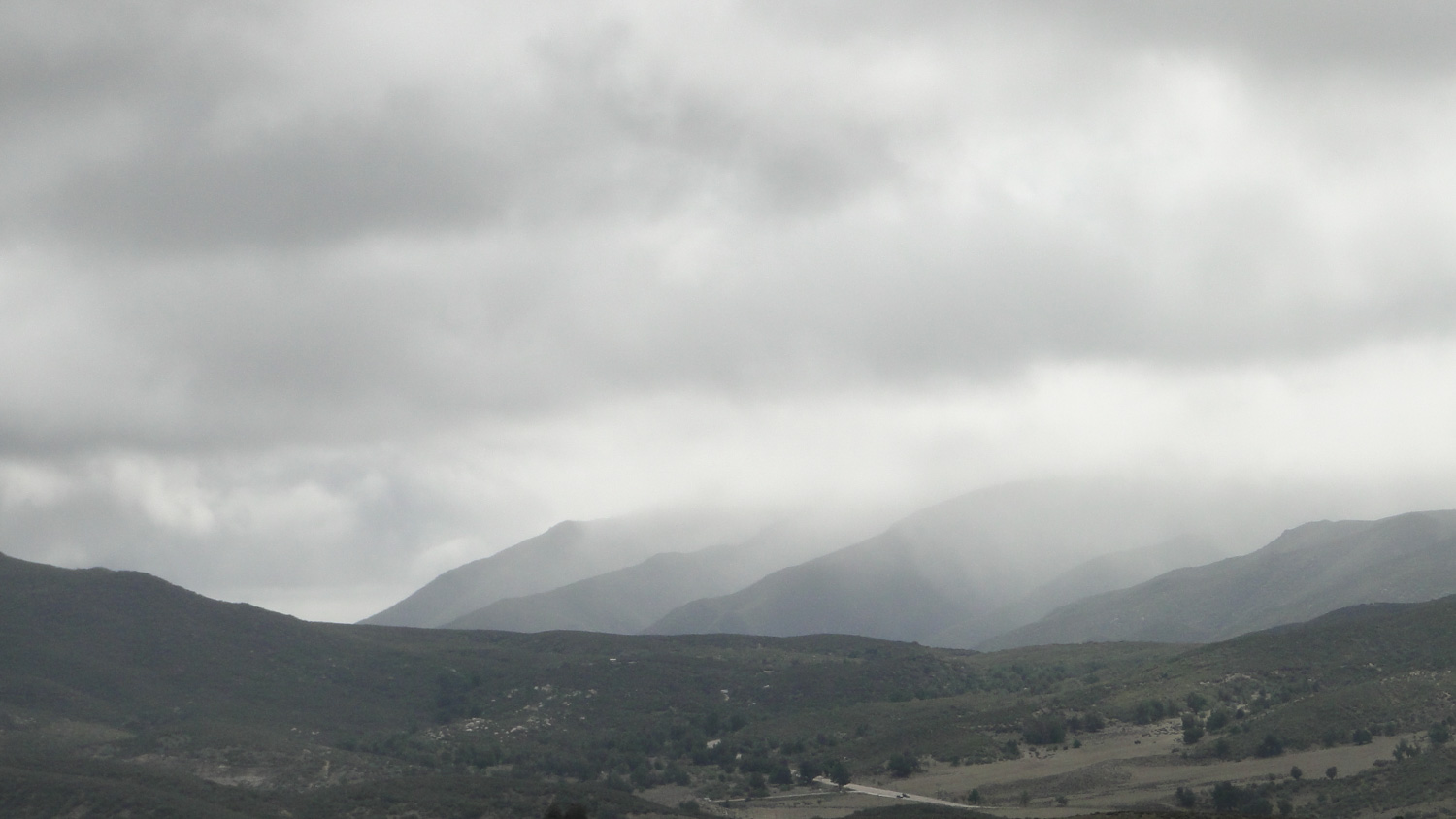 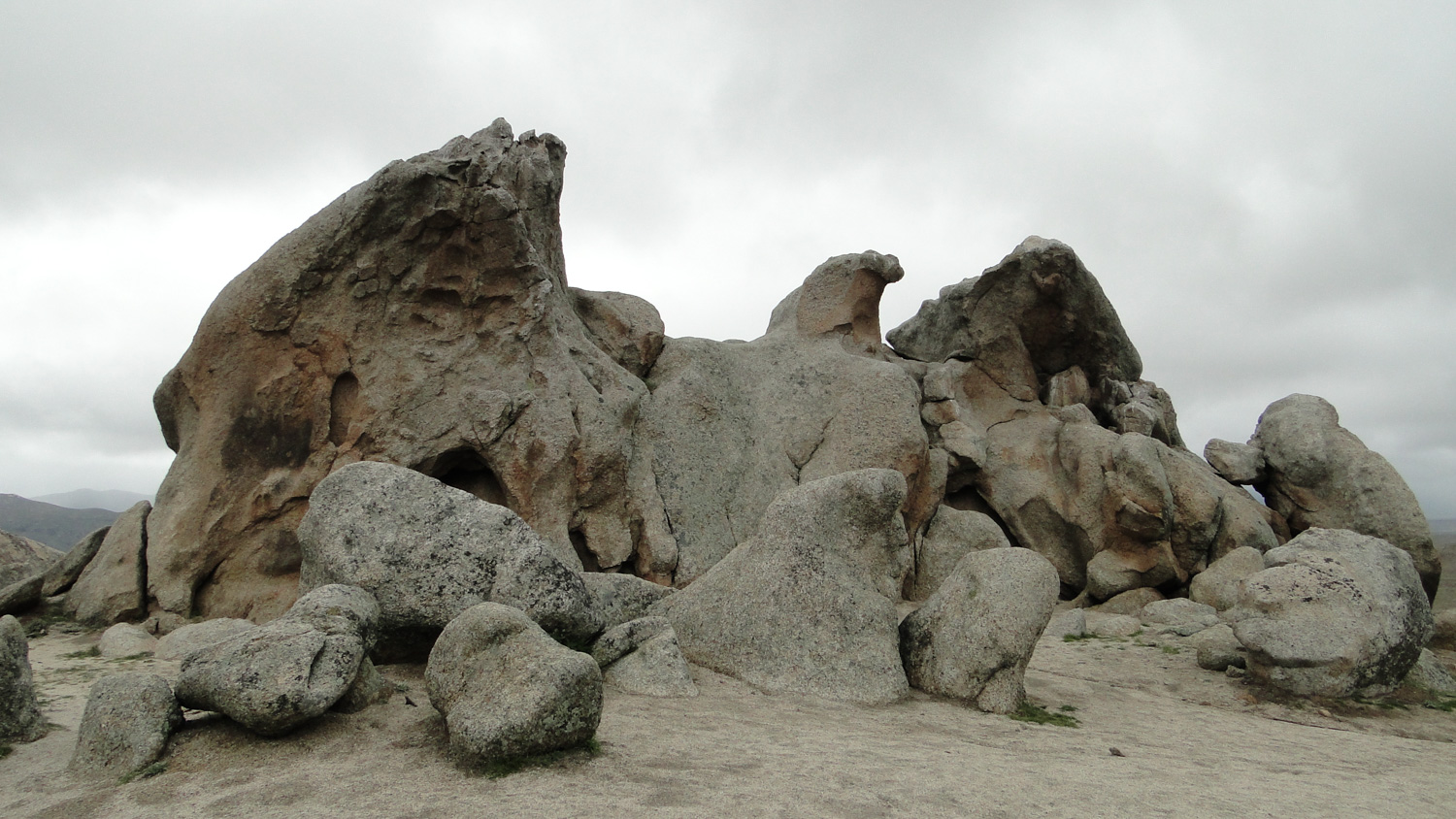 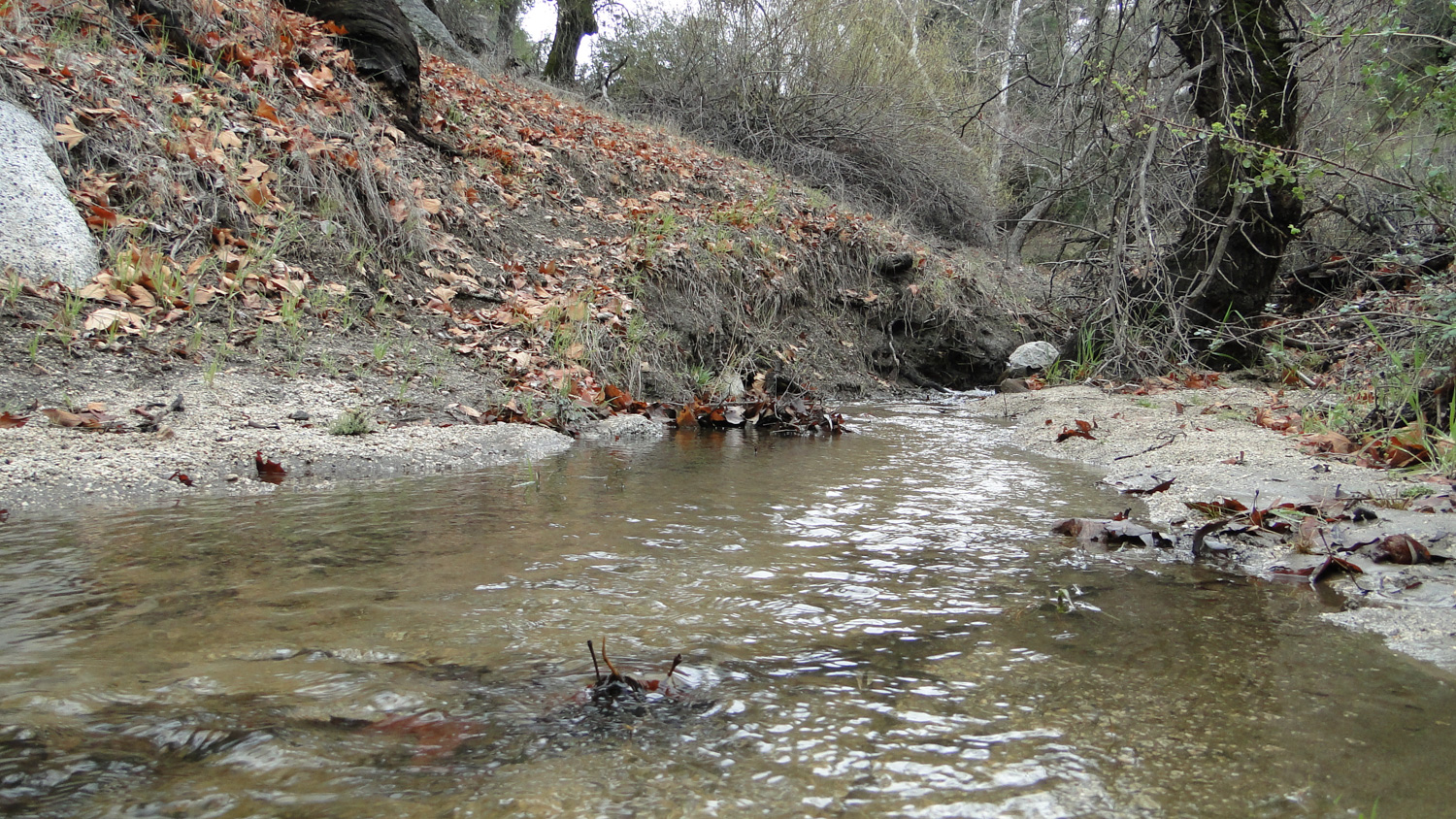 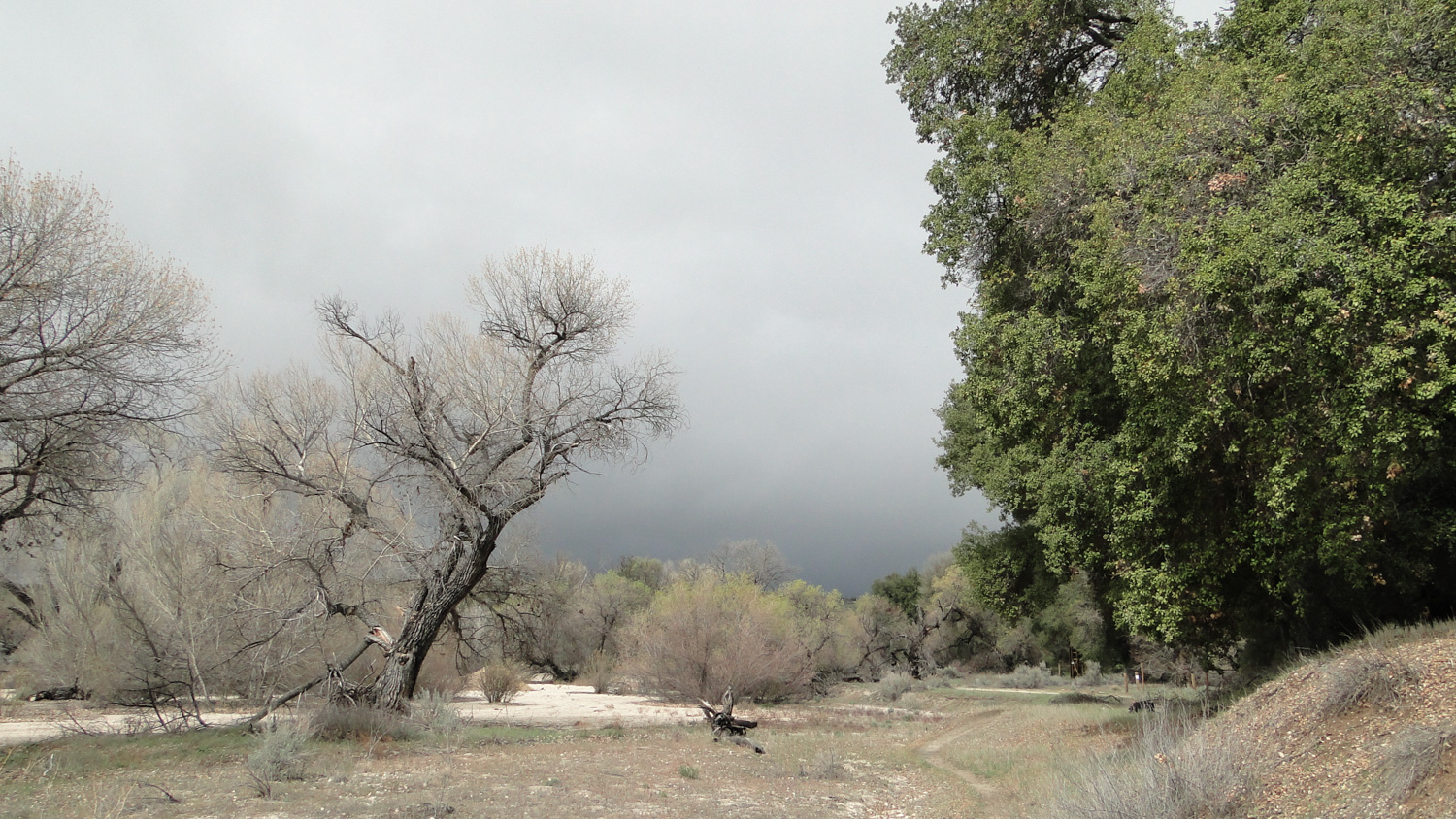 The trail itself is in great condition, but there are a lot of animal trails and human trails cross-cutting the PCT, leading to potential confusion.

The nearest car camping options are at Lake Henshaw, as well as the nearby Los Coyotes Indian Reservation. Indian Flat Campground burnt down in 2016, but it should reopen eventually.

From Escondido, head east on Highway 78 to the village of Santa Ysabel. Turn left onto Highway 79, and follow it north for 13.8 miles. The trailhead is on Highway 79 adjacent to the Warner Springs Fire Station.