If you were to find yourself in Sequoia National Park, and you only had the time or inclination to take one hike and one hike only, then the Congress Trail would be your hike. This trail, which features the world-famous Sherman Tree and many other astonishing sequoia specimens, offers a gentle, easy-to-follow three mile loop through the heart of the greatest forest in the world.

Yes, I am making that statement. Judged solely on the merits of the sequoia tree, which is the largest living thing on the planet, not to mention one of the tallest and oldest, the Giant Forest would be considered one of the world’s great forests. Factor in the lush meadows, carpets of ferns and lupines, omnipresent wildlife, thickets of flowering dogwoods, countless trickling streams, and other superlative trees – the sugar pine and the red fir are also the tallest of their respective species, and there you have it: The world’s greatest forest. 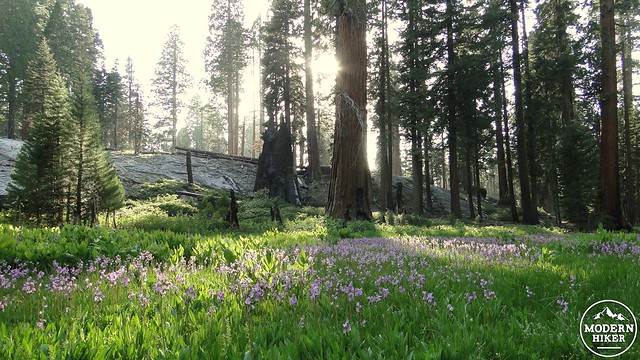 This author’s ridiculous claims aside, any hiker on the Congress Trail is in for a treat. Years of history, tremendous trees, and accessibility intersect here to provide an excellent starter course into the wonders of the Giant Forest area. The trail is very easy to follow, given that it is the only completely paved trail in the area. Furthermore, the gentle terrain make this hike accessible to hikers of any skill, from toddler to elderly to physically handicapped. 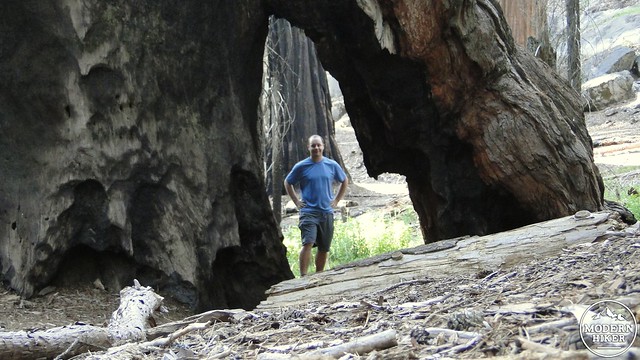 The history of Giant Forest is full of colorful characters as well as short-sighted ventures leading to relatively sage management practices. Hale Tharp, he of the cabin-in-a-sequoia log fame, was the first white man to visit the area, and he was followed not long after by John Muir, who may or may not have said a few good words about the sequoias, thus leading to their protection by something called the National Park Service. By 1899, visitors began flocking to see the massive trees, and when the first road was completed into the area, more and more people came, leading to the creation of some 180 structures catering to the sight-seers. With structures and the auto traffic that would follow, the forest began showing unfortunate signs of degradation. Not 35 years after becoming the nation’s second National Park, the Giant Forest area was already in need of restoration. 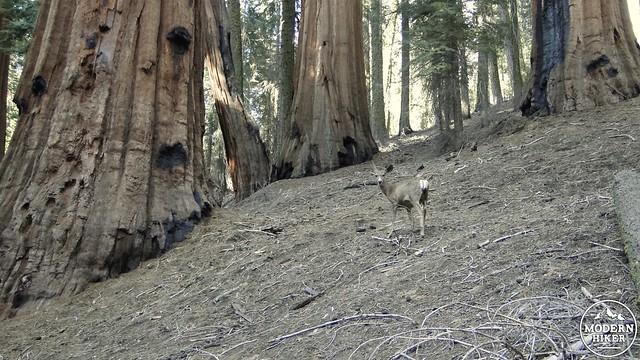 During the 1960’s, science finally caught up with human impact, and park management strategies shifted from that of allowance to that of preservation. The scientific consensus proclaimed that human activity would ultimately destroy a forest that had been here for countless years unless a different approach was taken. The facilities that were initially placed in Giant Forest were moved to the nearby areas of Lodgepole, Wolverton, the Sherman Tree parking lot, and Wuksachi, thus transfering the stress on less remarkable parts of the forest and reducing damage to the sequoias. As science also began to appreciate the role of fire in the management of the forest, controlled burns became common. Today, the park selects a different 150 or so acre parcel for controlled burns every few years, allowing the forest to regenerate in a relatively natural way.

Congress Trail passing through a grove of sequoias

Part of this grand restoration project leads to the only real drag on this hike. Due to the popularity of the Sherman Tree, the park constructed a new lot about half a mile and 200 feet up from the tree. This was a wise move, as the original parking lot was absolutely tiny and now barely accommodates handicapped parking. However, this also means walking down and then back up a paved trail at the beginning and end of the hike. This is not the most enjoyable way to begin and end a hike, but it’s the price all visitors pay for keeping the forest healthy. 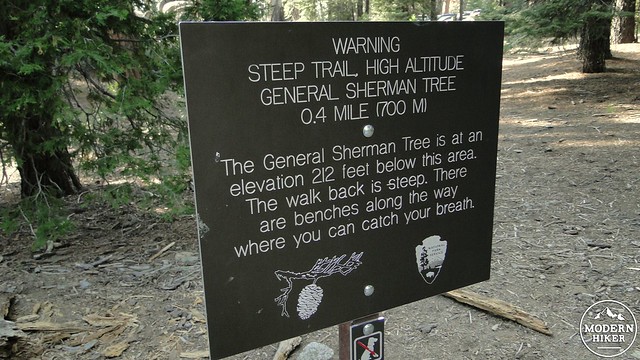 Not the funnest part of the hike

Starting from the Sherman Tree parking area, head south on the paved Sherman Tree Trail, which winds down a gentle slope on pavement beneath towering sugar pines and white firs. At the outset, you will see a sign indicating to hikers that the 200 foot climb at “high elevation” requires a slow and steady pace. This is the first indication that you are likely to see a lot of non-hikers on this trail. You are also likely to hear a lot of foreign languages, which gives the beginning and end of this hike a lot of fun color. The trail will deposit you at a multi-branch junction. Mark this junction, as this is also the start of the Congress Trail. If you want to see the Sherman Tree, simply follow the crowds on the path to the right until you see a large number of people posing for pictures at the base of the tree. You won’t miss it. Trust me. 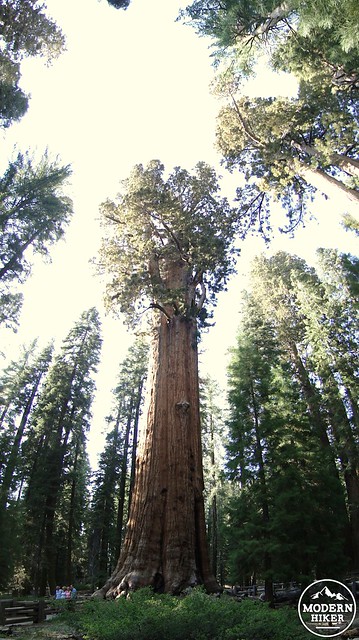 After oohing and awwwing at Sherman, you will witness one of the miracles of the Congress Trail: at any given time, there will likely be hundreds of people crowded around the Sherman Tree, while a minute fraction actually hike the trail. After you’ve returned to the junction, follow the signed Congress Trail and walk about 200 yards along the trail. Maybe 1 out of every 50 or so visitors to the Sherman Tree actually walks the Congress Trail. You will go from swarms of people to nearly nobody. In fact, come here later in the afternoon or early in the morning, and you are unlikely to see anybody at all. Most visitors seem to think that a .8 mile hike with 200’ of gain is more than enough. When you suddenly find that you have the Giant Forest all to yourself, you may not begrudge them this preference. 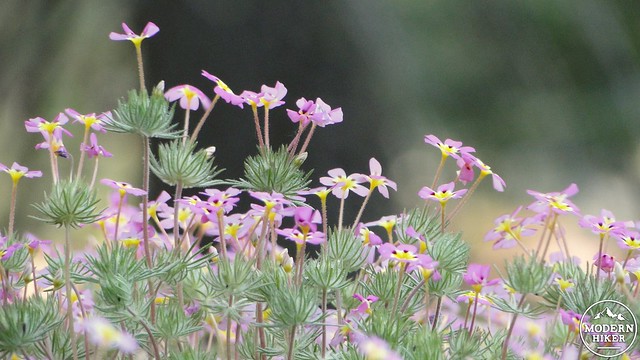 The Congress Trail takes you south on a trail more or less paralleling the return route, which is often as close as twenty feet away. Along the way, you will pass over trickling streams lined with ferns, grasses, and wildflowers. You will cross through a tunnel cut into an enormous fallen log, which will usually have a spring gushing out from above. You will pass beneath 200 foot tall sequoias, sugar pines, red firs, white firs, and the occasional ponderosa pine. Every step is basically a miracle. 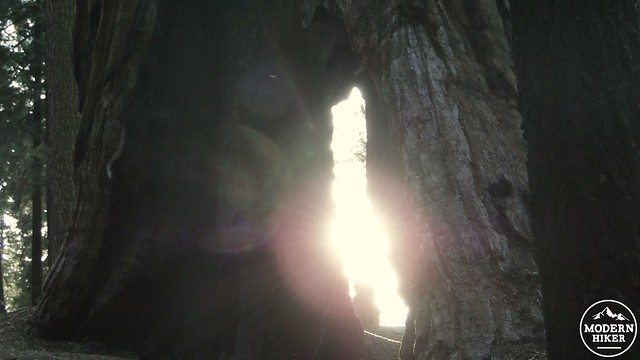 Sun through a hole at the base of a sequoia

You may notice a small crossover path connecting to the other side of the Congress Trail. If you’re looking to take a shorter hike, you can cross back here. Otherwise, you will continue on until you reach a point where the trail you are on veers away left from the return route. This route will take you to the President and Chief Sequoyah trees, which are every bit as impressive, perhaps even more so than the Sherman Tree. This area, which also features the nearby Senate, Congress, and Founders groups, as well as the McKinley, Washington, and Lincoln trees, is effectively the heart of Giant Forest, with some of the largest and most famous individual trees. There are a number of benches available, allowing one to stretch a one hour hike into a three hour hike. 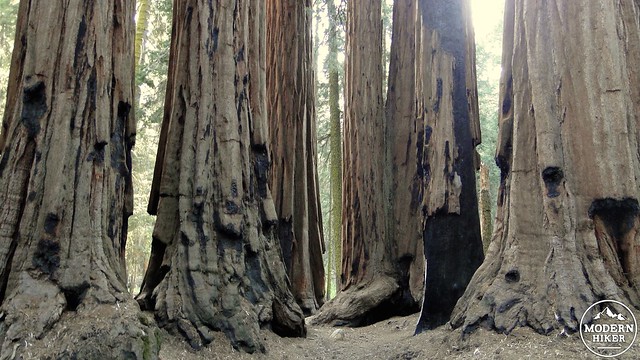 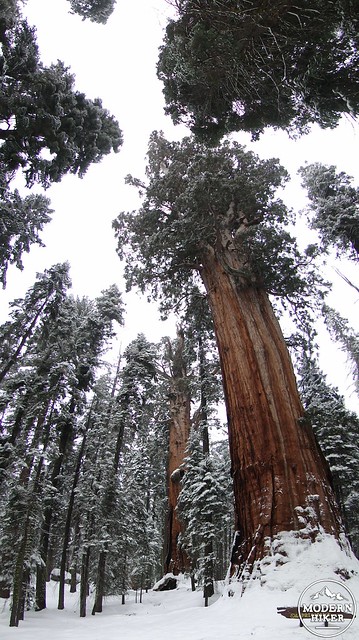 The President Tree during the winter

As you continue, you will reach a five-way junction. Running through the center of this junction is the Alta Trail, which runs from the Giant Forest museum to the summit of Alta Peak. It is paved only in this spot, so you will have to be cautious not to take it and wind up going the wrong way. One of the branches is the return route for the Congress Trail. The unpaved route leads to Cattle Cabin, Circle Meadow, and, ultimately, Crescent Meadow. This junction can be pretty confusing, as the trail network in the forest is not always easy to follow, even with a map. Fortunately, there is a map of the forest at the junction, which can spare much confusion. 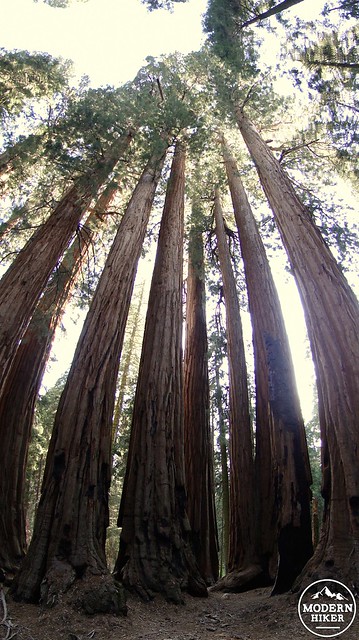 If you have time, follow the unpaved path as it winds through a stunning patch of sequoias where the forest floor is carpeted in lupines. Just past this stretch is Circle Meadow, which is one of the many lush meadows dotting Giant Forest. After crossing the narrow meadow, you will emerge on a small clearing where you will see an old wooden cabin. This cabin was used by cattle ranchers who used to let their cattle range in the forest from 1891 to 1917. There used to be a slaughtering corral nearby, from which milk and meat was provided to visitors. Given the locations idyllic current surroundings, one can imagine just how important restoration was for the area. 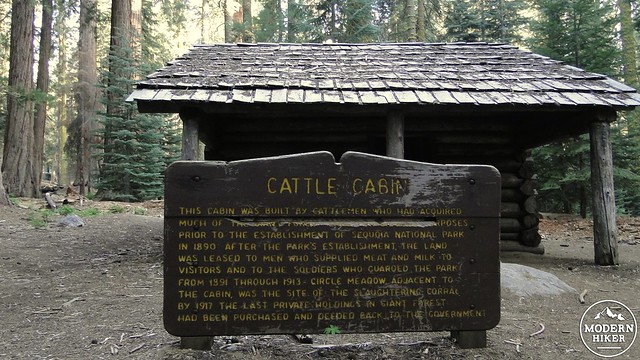 From the cabin, retrace your steps to the junction and follow the signed path indicating Congress Trail and returning to the Sherman Tree. From here, you will walk mostly parallel to the route you came in on before junctioning back at the Sherman Tree. After paying your respects one last time to the Big Tree, begin hoofing it back up the Sherman Tree trail to the parking lot. 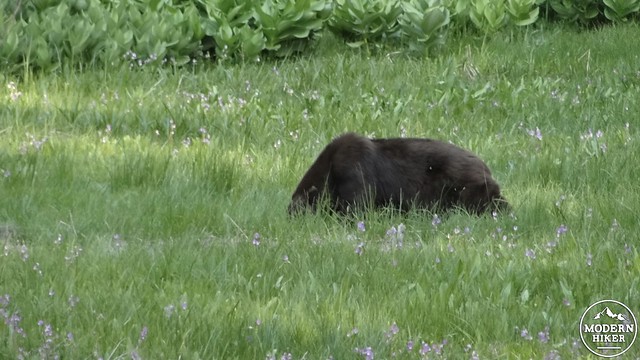 Again, if this is all you have time for, this is probably the best trail to take. However, this is only the tip of the iceberg for Giant Forest, and it excludes Crescent Meadow, Tharps Log, Log Meadow, Huckleberry Meadow, Moro Rock, most of Circle Meadow, the Trail of the Sequoias, Round Meadow, Beetle Rock, Sunset Rock, the Giant Forest Museum, and the Soldiers Trail. Giant Forest is an incredibly rich place, and seeing all of its wonders properly could take many days or even weeks. Fortunately, Giant Forest leaves an indelible mark on most visitors, calling for people to come back time and time again to walk among towering trees and lush meadows. 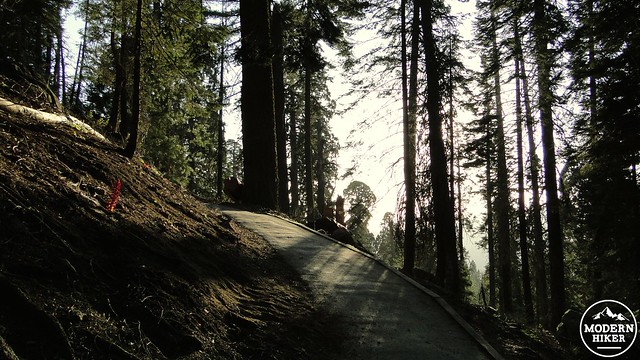 – Sequoia National Park offers a convenient bus shuttle that stops at the numerous hubs of activity, including Lodgepole, Wolverton, Sherman Tree, Giant Forest Museum, Moro Rock, and Crescent Meadow. This bus runs between 8am and 6pm.

– Hiking here at any time of day is great, but if you really want to see Giant Forest, come here in the hours before dusk.

– Bears are very active in Giant Forest. Should you encounter a bear, it is best to keep your distance. The bears here have spent multiple generations in the presence of humans. They will either turn tail and run, or they will continue going about their business, which usually means foraging for food.

– The presence of bears also means that you MUST NOT leave any scented items, food or otherwise, in your car. The park makes a huge deal out of this, and for good reason. A fed bear is a dead bear. Bears become aggressive when they realize that humans are an easy food source. Leaving stuff like chapstick, sunscreen, powdered donuts, champagne, baby wipes, or lipstick in your car is an invitation for a bear invasion, which will ultimately result in the bear being put down.

The trail is paved and exceptionally easy to follow, save for one confusing five-way junction. However, there is a map at the junction that will lead you back easily enough. Should you hike in winter, you will want to use snowshoes. Snowshoeing in Giant Forest is its own special kind of miracle.

From Visalia, follow Highway 198 through Three Rivers, through the National Park entrance, up the mountain, and past the museum, before making a right on the Wolverton/General Sherman side road. Make the next right at the Sherman Tree trail and park.