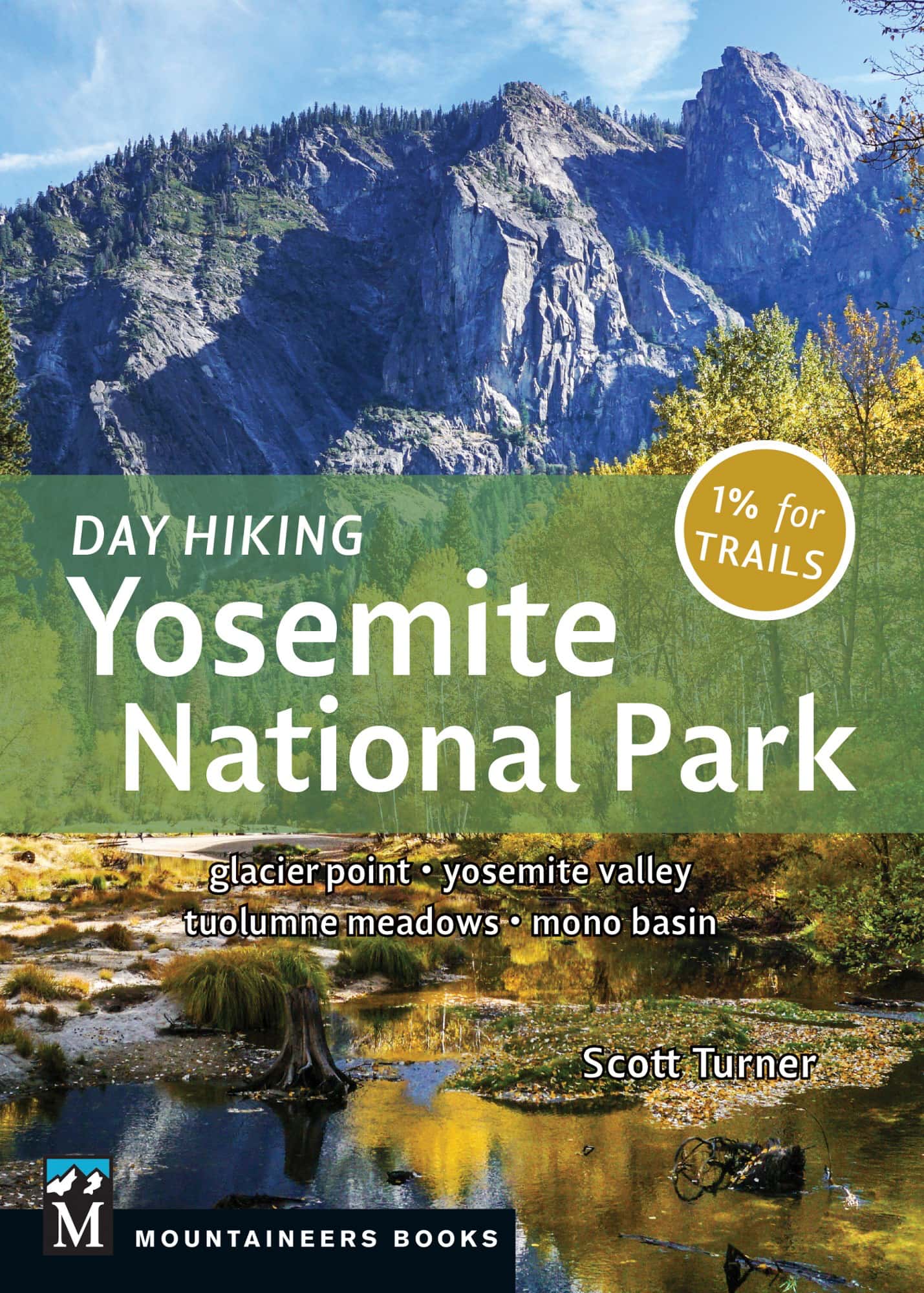 Thanks to geography and the impulse to preserve the Sierra high country as a foot-traffic only region, getting to alpine lake basins is usually a lot of work. With most hikes, you have at least 5-6 miles with a considerable amount of climbing. The majority of these lakes – especially the really beautiful ones – are best reached on overnight camping trips that add a laundry list of extra precautions and preparations that put alpine lakes somewhat out of reach for the average hiker. 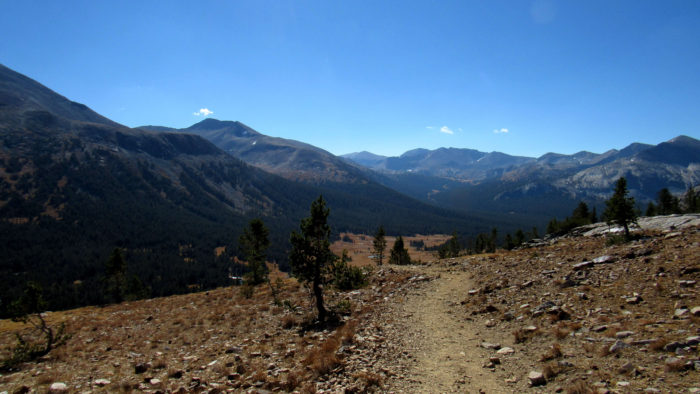 Unless, of course, you are in Yosemite. It is no secret why Yosemite Valley is one of the most popular national parks and iconic open spaces in the country. However, the Yosemite high country is also popular and highly visited thanks the the presence of Tioga Road, which opens day-hiking access to a number of stunning lake basins, such as the Cathedral Lakes, Dog Lake, Elizabeth Lake, and a host of others. 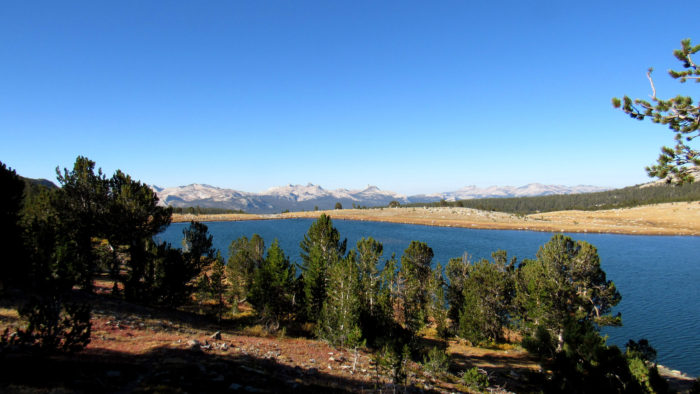 Among those lakes, one of the more memorable and primordial lake basins contains the Gaylor and Granite Lakes. This lake basin abuts the Sierra Crest just west of Tioga Pass where one of the few roads crossing the Sierra Nevada allows visitors easy access to the high country. Although the distance on this hike is fairly manageable, I have given it a challenging rating for the following factors: first, the trail starts just below 10,000′, and if you have not acclimated, the hike will be a lot more challenging than you expect. Second, you must climb a steep ridge in order to reach the basin, which when combined with the altitude is an unexpectedly challenging undertaking. Finally, you gain a significant amount of elevation  in the middle of the hike and when you climb back out of the basin, meaning that there are few places where you can enjoy some easy walking. If you are fit and well-acclimated, you will probably find this hike to be closer to a moderate rating. 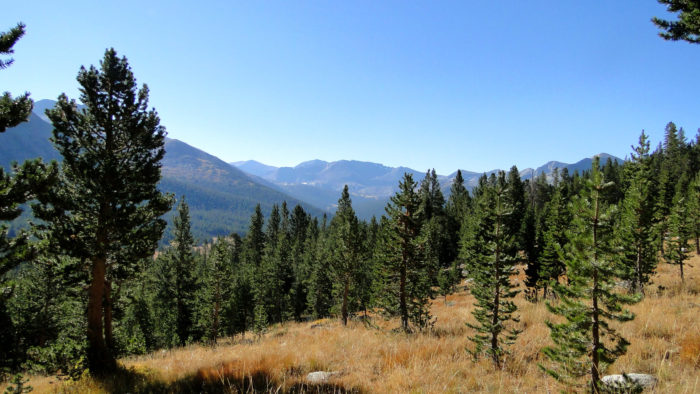 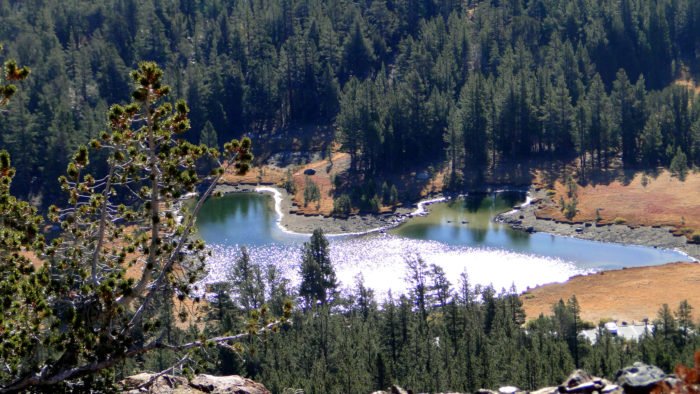 The trail up to the upper Gaylor Lakes strikes out from the parking area by heading north up a heavily wooded and very steep slope – note that there is a lower Gaylor Lake, but you’ll need to take a second trail to reach it unless you’re in the mood for a lot of map & compass work. The trail has little patience for switchbacks, and the grade at times can be very steep. Expect to take several breaks just to recover your breath and avoid over-exerting yourself at altitude. Fortunately, there are a number of spots where the tree cover thins, offering fine views west and southwest across Dana Meadows to Mt. Dana and Mammoth Peak. 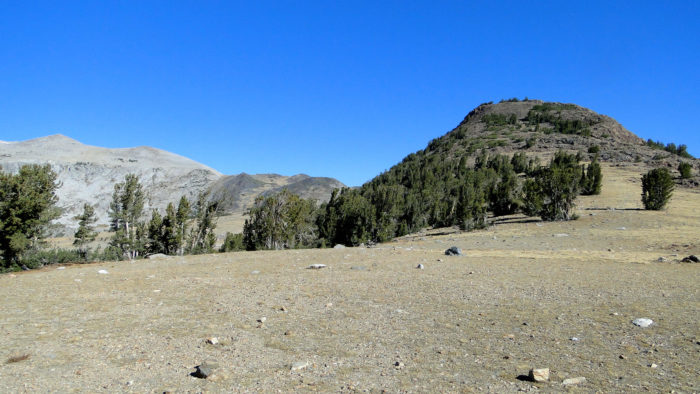 Gaylor Peak on the right side of the frame

At 0.55 mile, the trail reaches the crest of the ridge. Metamorphic rock fragments litter the ground on the mostly barren ridge, and impressive views into Lee Vining Canyon and back across Dana Meadows reward the effort so far. Hikers with a fondness for cross-country traveling and a bit of easy peak-bagging can ascend the moderately steep slope of Gaylor Peak due north. Add about 1 mile and 450 feet for this breath-stealing excursion. 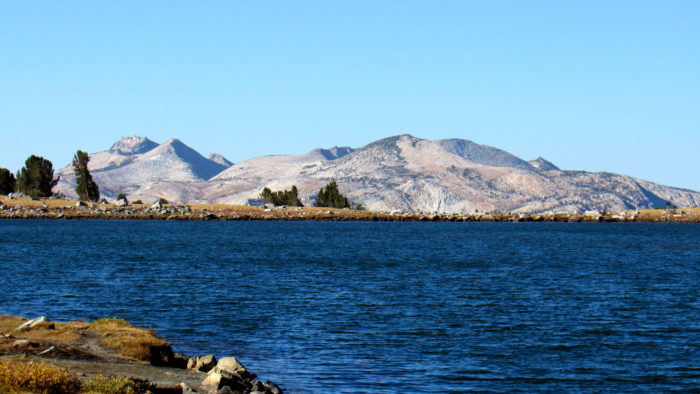 From the crest, begin an equally steep descent down to the banks of the lower and larger of the Gaylor Lakes. From the lake’s shore, you will enjoy the impression that many of the peaks in the Cathedral Range, including Cathedral and Unicorn Peak, are floating up from the rim of the lake, infinity pool style. An active population of pikas reside nearby; listen for their single-note squeaks as they scamper through talus fields near the first lake. 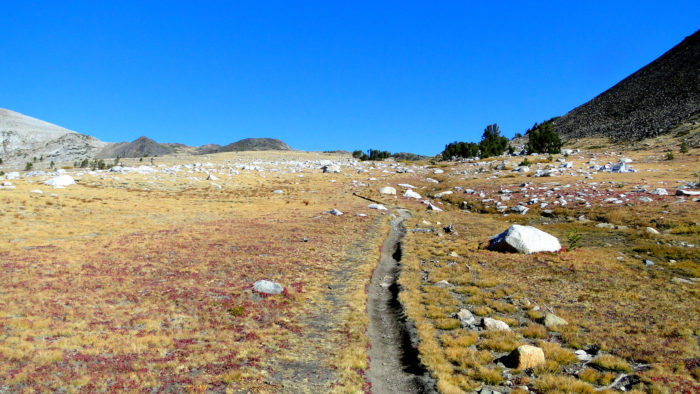 The trail skirts the northern shore of the first lake before crossing the lake’s inlet and continuing along the western bank of the creek that drains the upper Gaylor Lake. The climb here is much gentler, and the gurgling of the creek (at least during snowmelt times) accompanies the soft crunch of bootsteps on crumbled rock. At 1.4 miles, the trail reaches the southern bank of Upper Gaylor Lake, which is smaller, but rimmed by even more primordial surroundings. Recall that much of this landscape lay beneath ice as recently as 10,000 years ago, and marvel that even after that much time, this part of the basin is still mostly rock, grasses, and a depression filled with shimmering water. 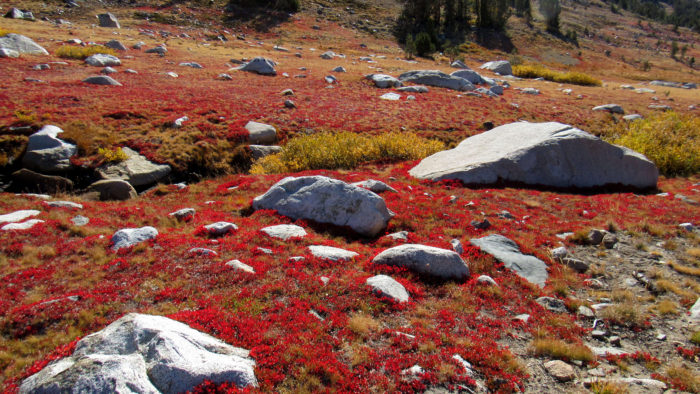 The Great Sierra Mine

If hikers want to further extend their hike and gain an interesting perspective across the basin and more views from the Sierra Crest, they can skirt the western edge of the upper lake and follow an old road to the abandoned Great Sierra Mine. A lot of people love to explore mines, but be aware that entering an unstable underground cavern that is in an advanced stage of dilapidation is an inherently dangerous activity to engage in. However, there’s some old infrastructure left over from the mining community that you can explore while enjoying some of the spectacular views from the Sierra Crest. 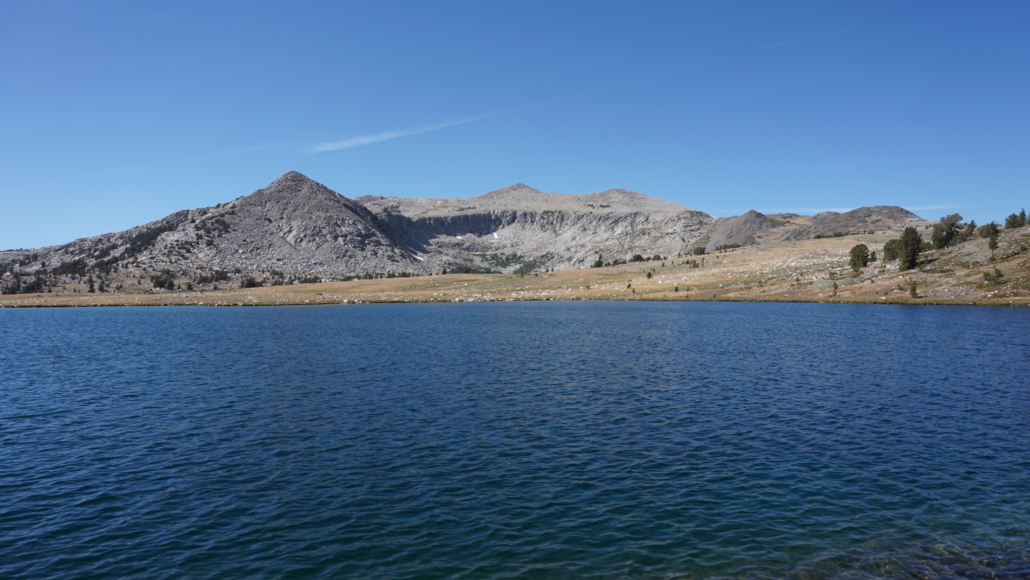 This pair of lakes sits apart from the two Gaylor Lakes, and they have a dramatically different character owing to the transition from red metamorphic rock characteristic of the Gaylor Lakes to the more typical gray Sierra granite. There’s no trail to the Granite Lakes, but you can work across country from the north end of the first lake due west toward a pyramid-shaped peak. After 0.4 mile, you’ll reach an informal path that turns north. 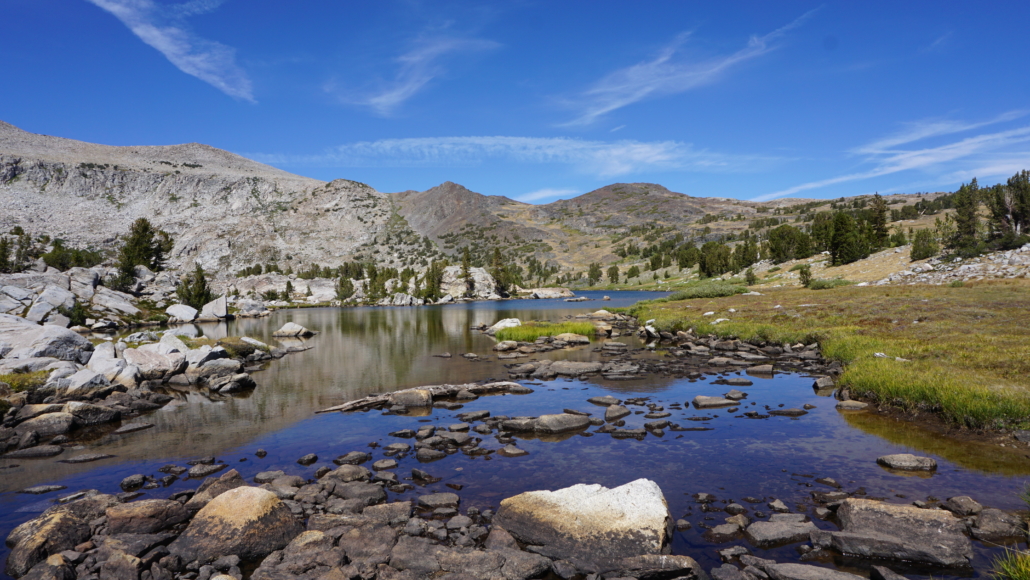 Follow this path to reach the lower Granite Lake. This narrow lake runs a length of about 0.6 mile, and the informal path hugs the bank. About halfway along the lake, look back to enjoy more infinity-pool views toward Mammoth Peak and the Cathedral Range capped off by Yosemite’s highest peak, Mt. Lyell. 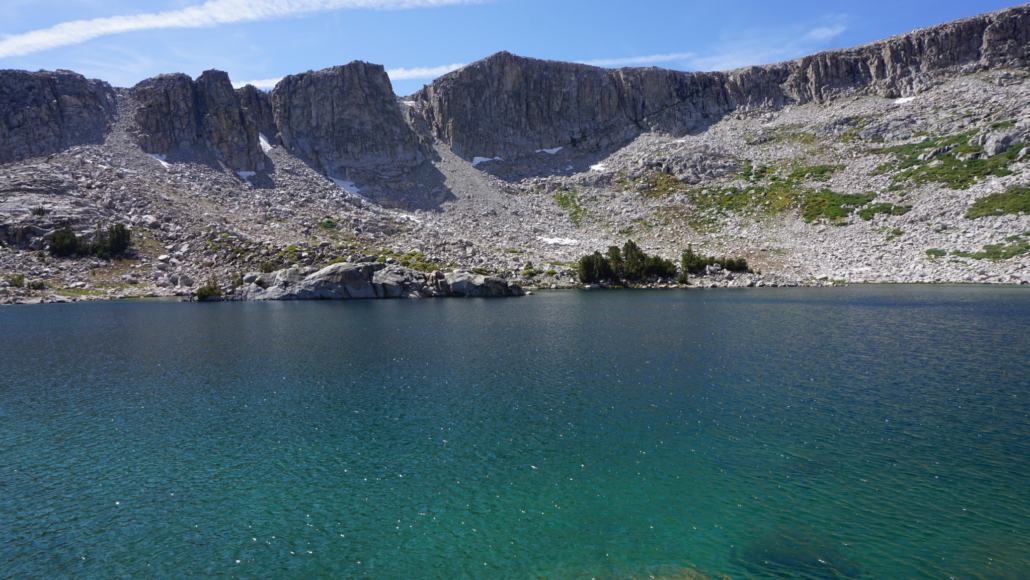 After the first lake, the trail works across the first lake’s inlet creek before climbing over a rock outcrop to reach the eastern shore of the second lake. The second lake is rounder than the first, and its dramatic granite basin creates an echo-y amphitheater forming a picturesque backdrop. 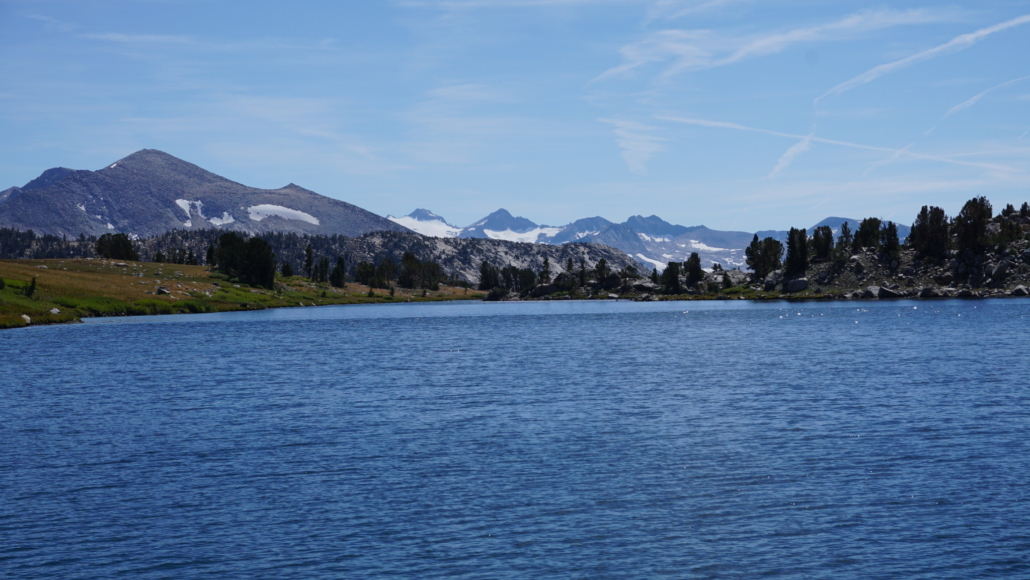 Retrace your steps back to the northern edge of the first lake, and return to your car, up and over the Sierra Crest. 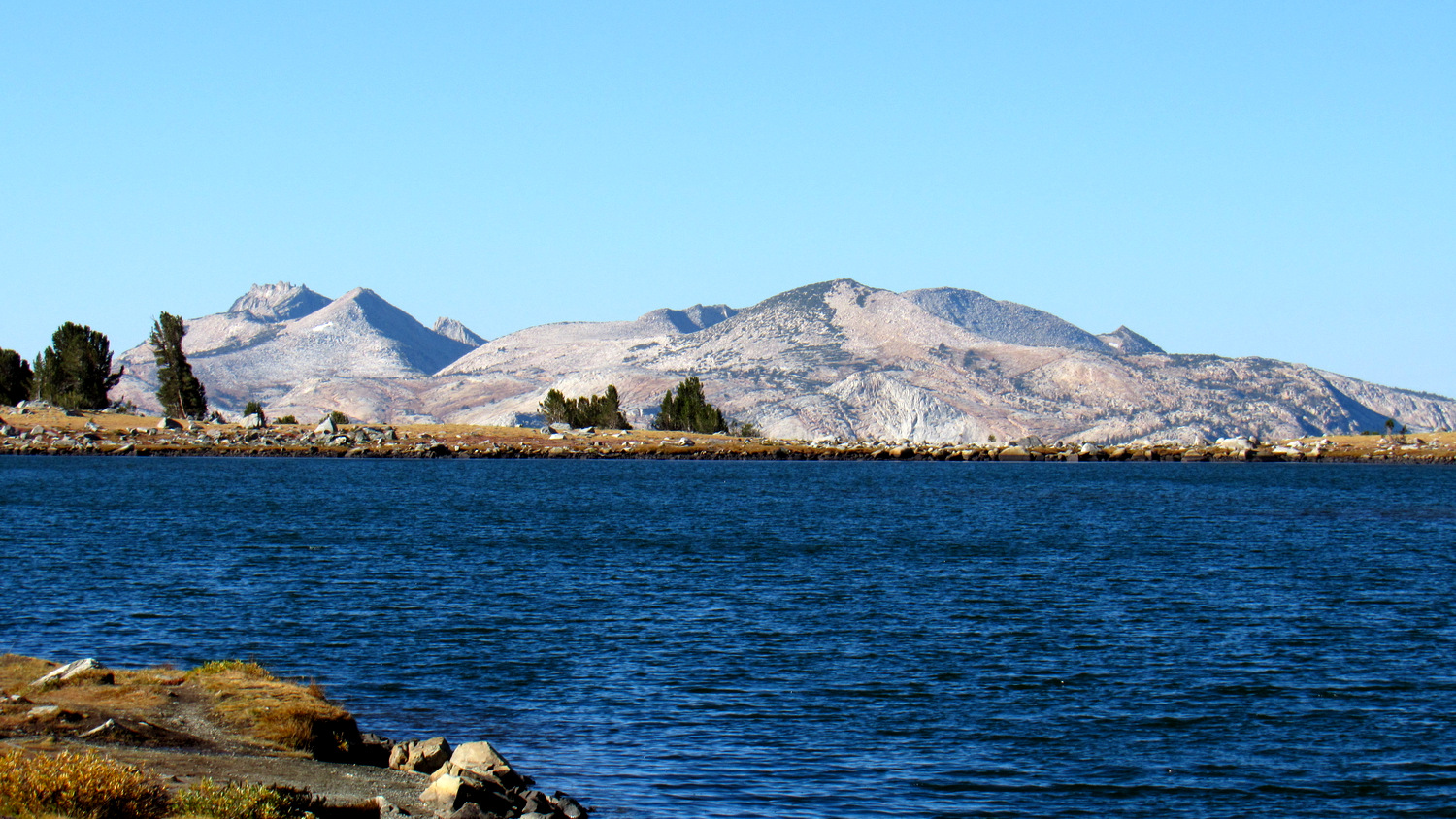 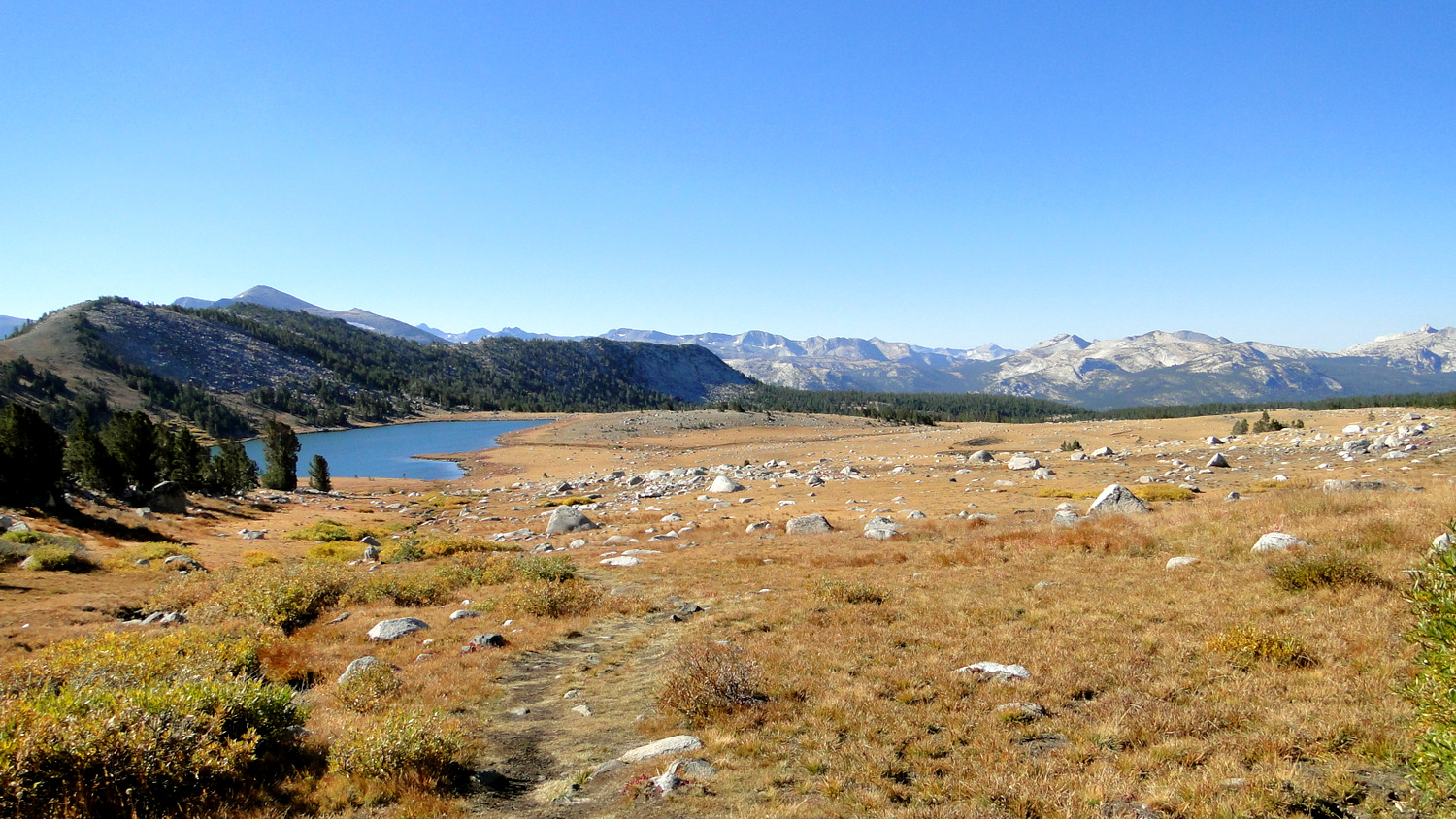 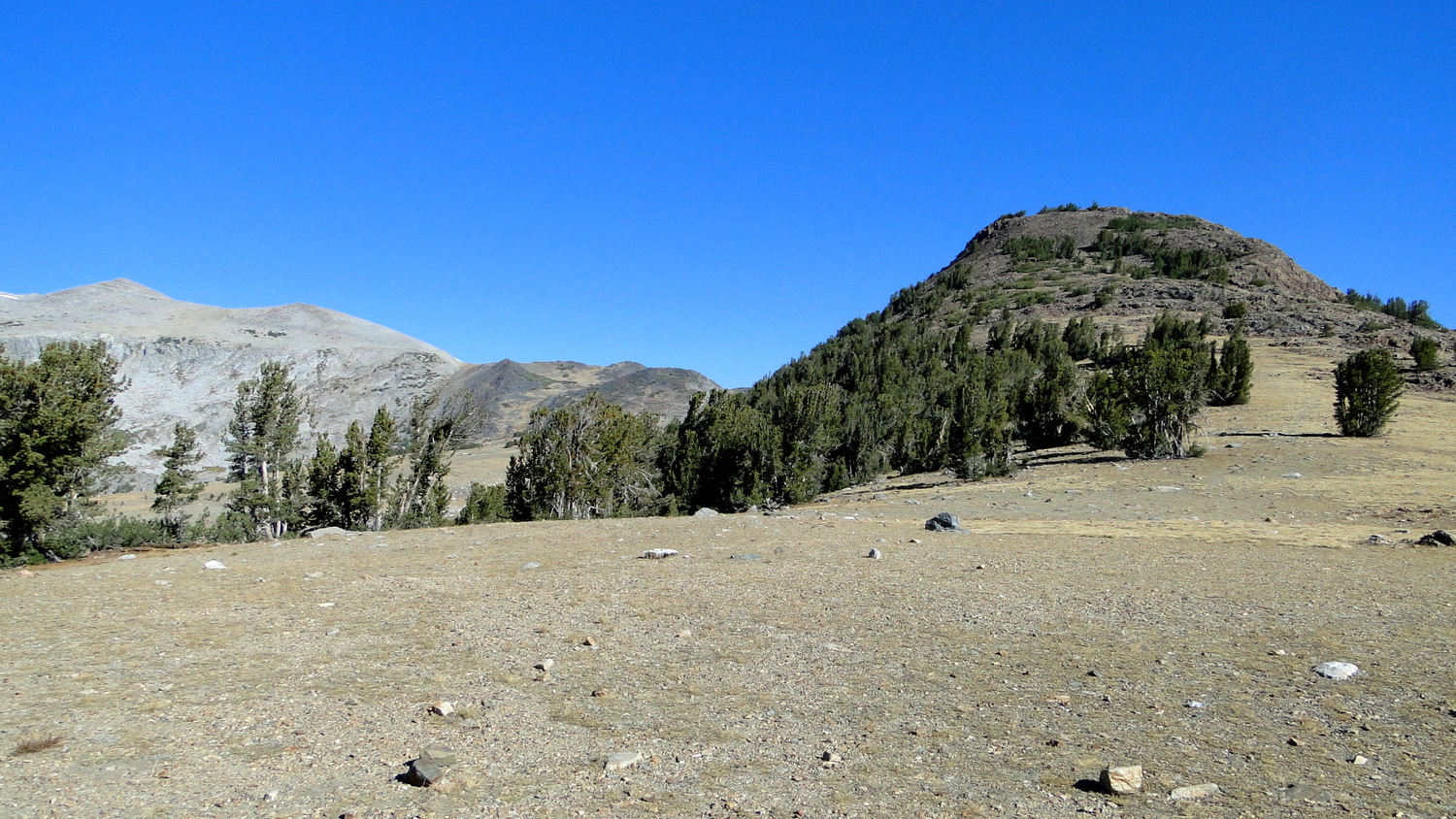 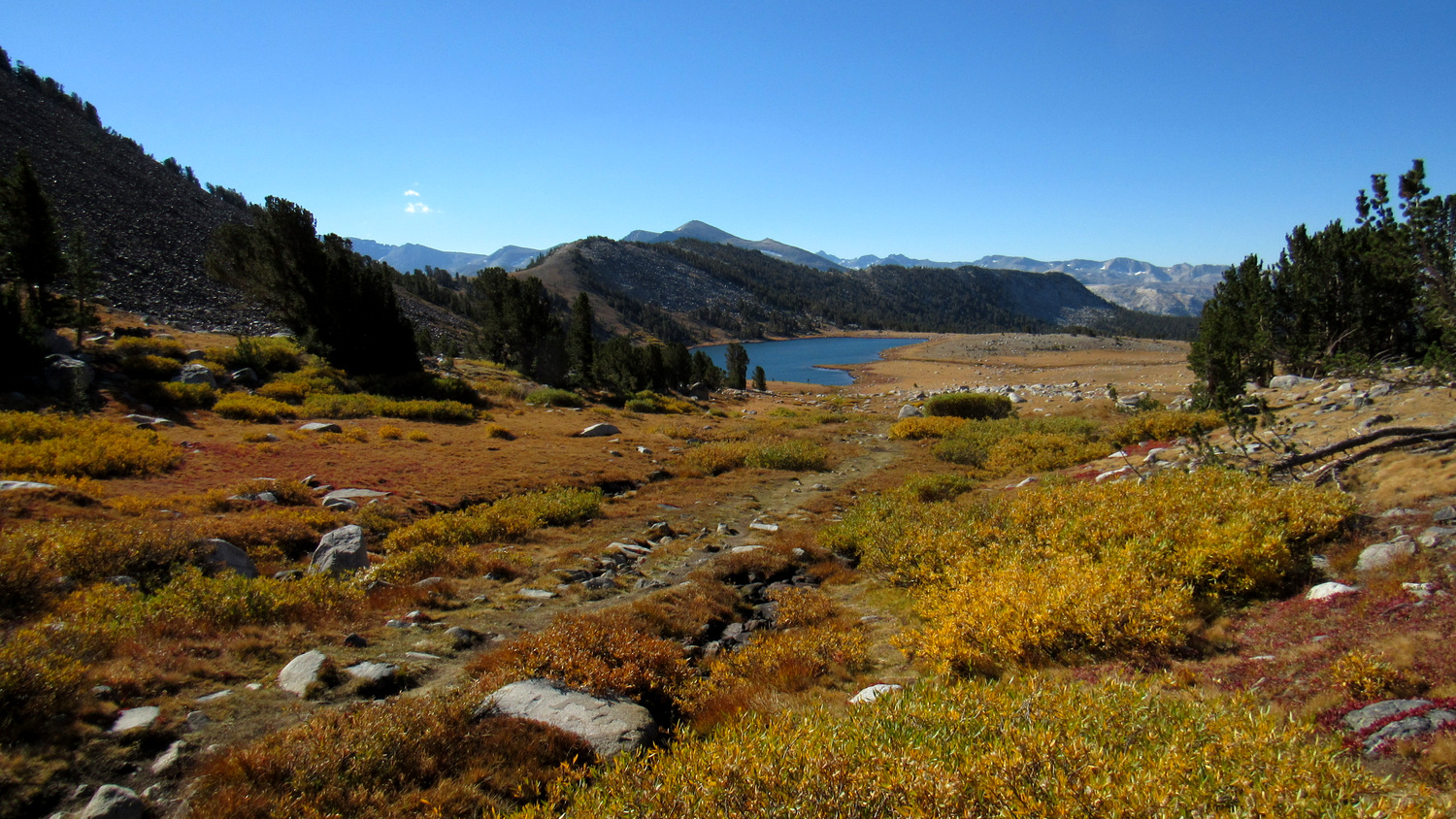 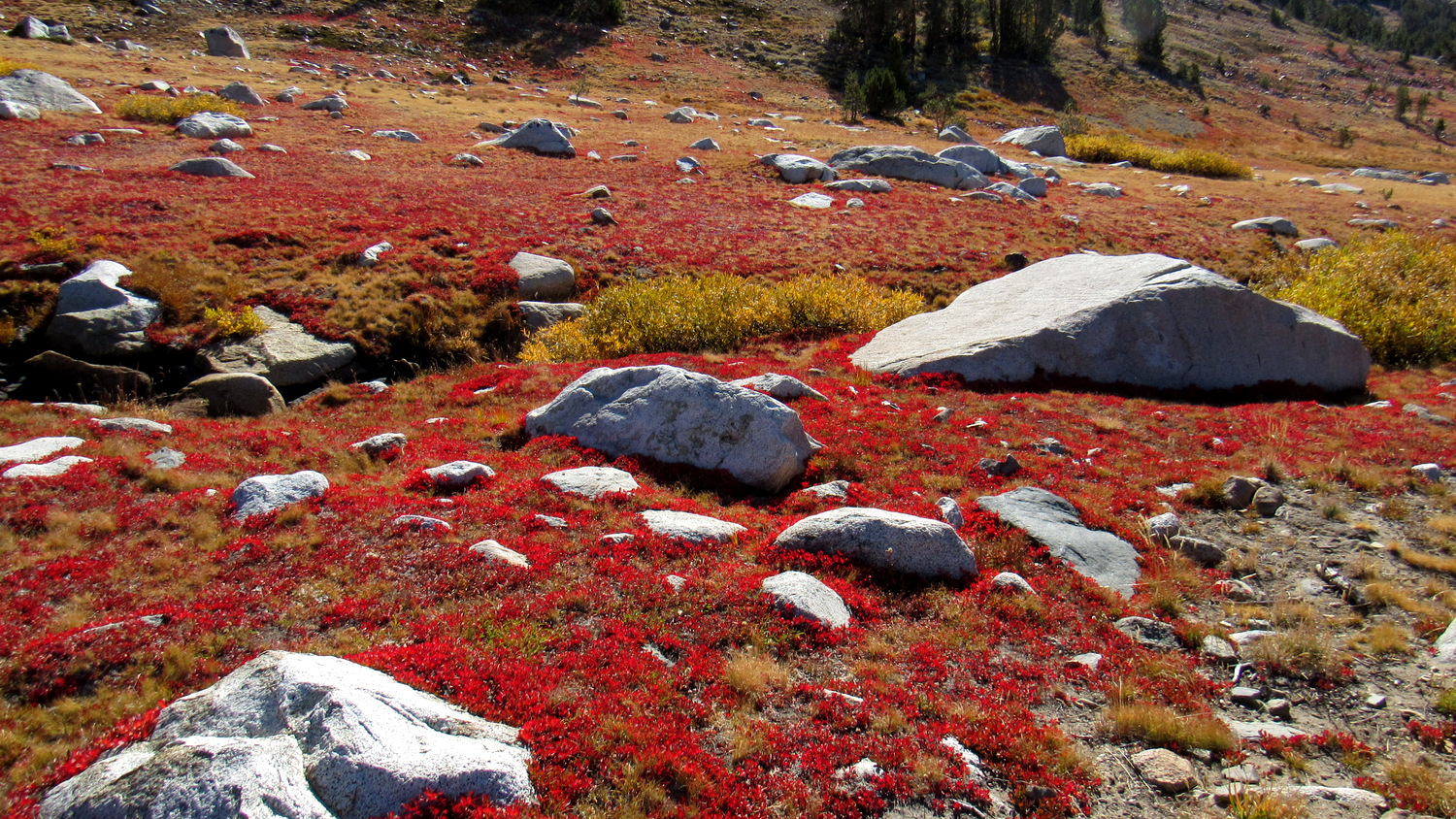 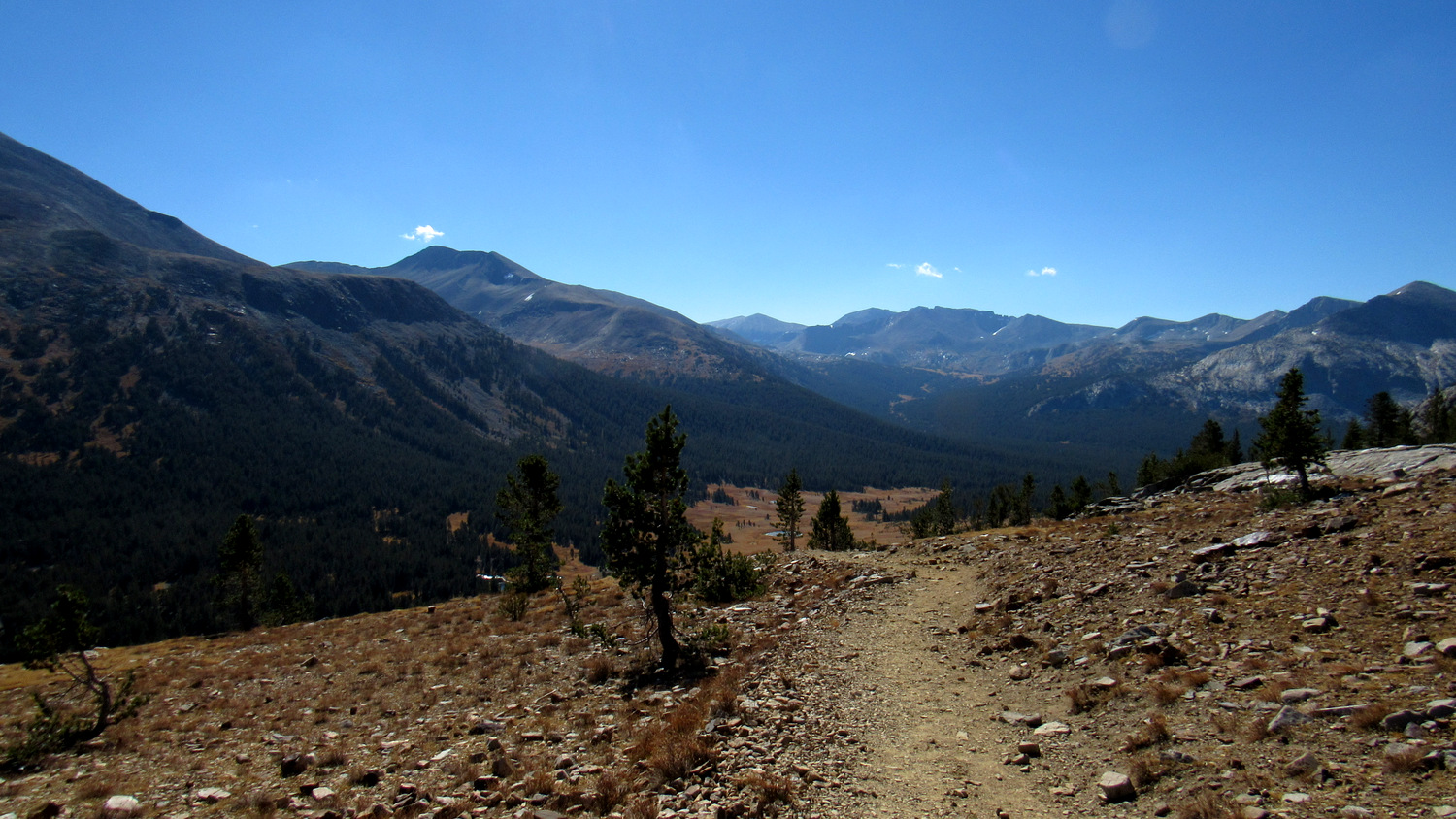 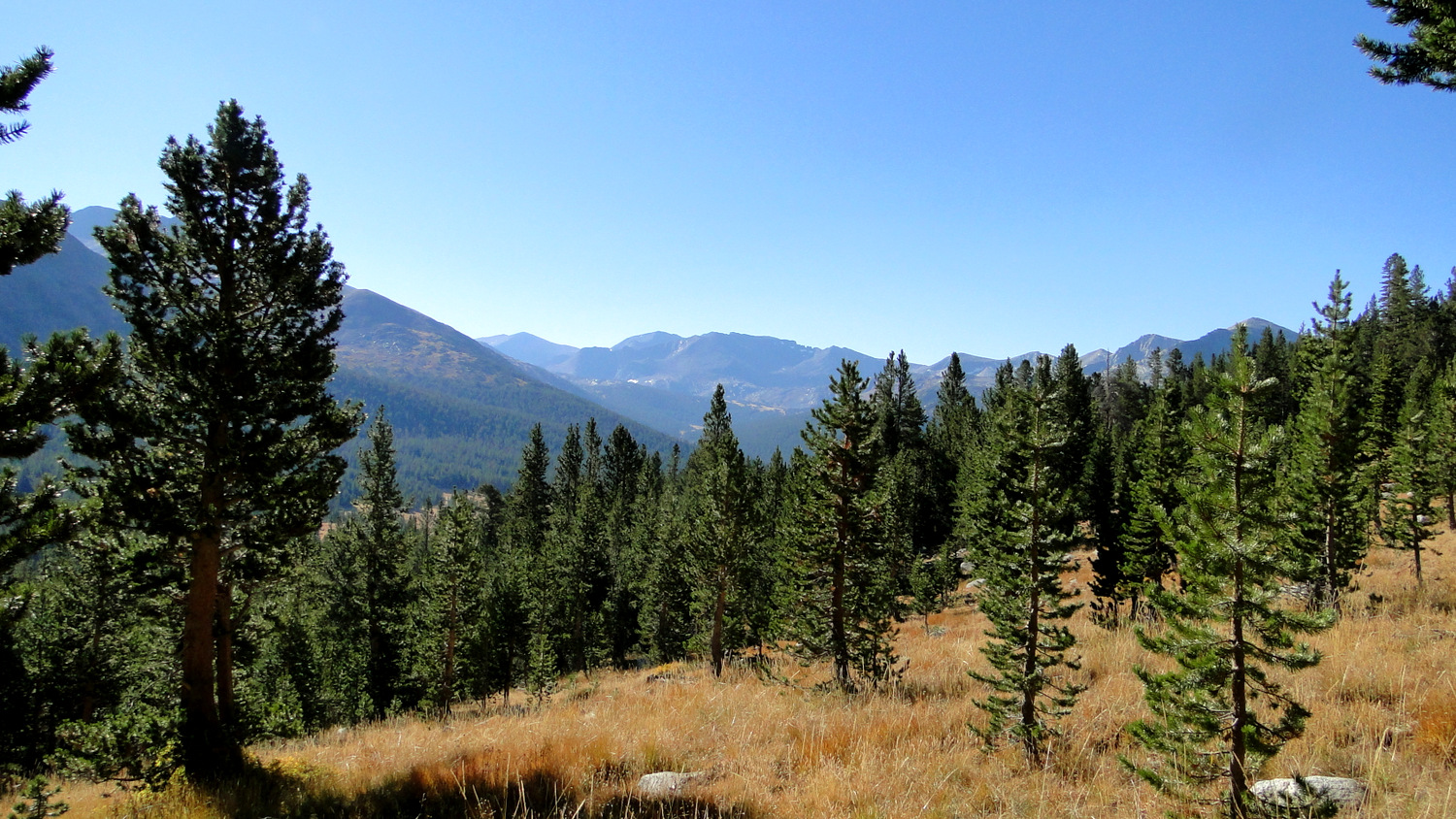 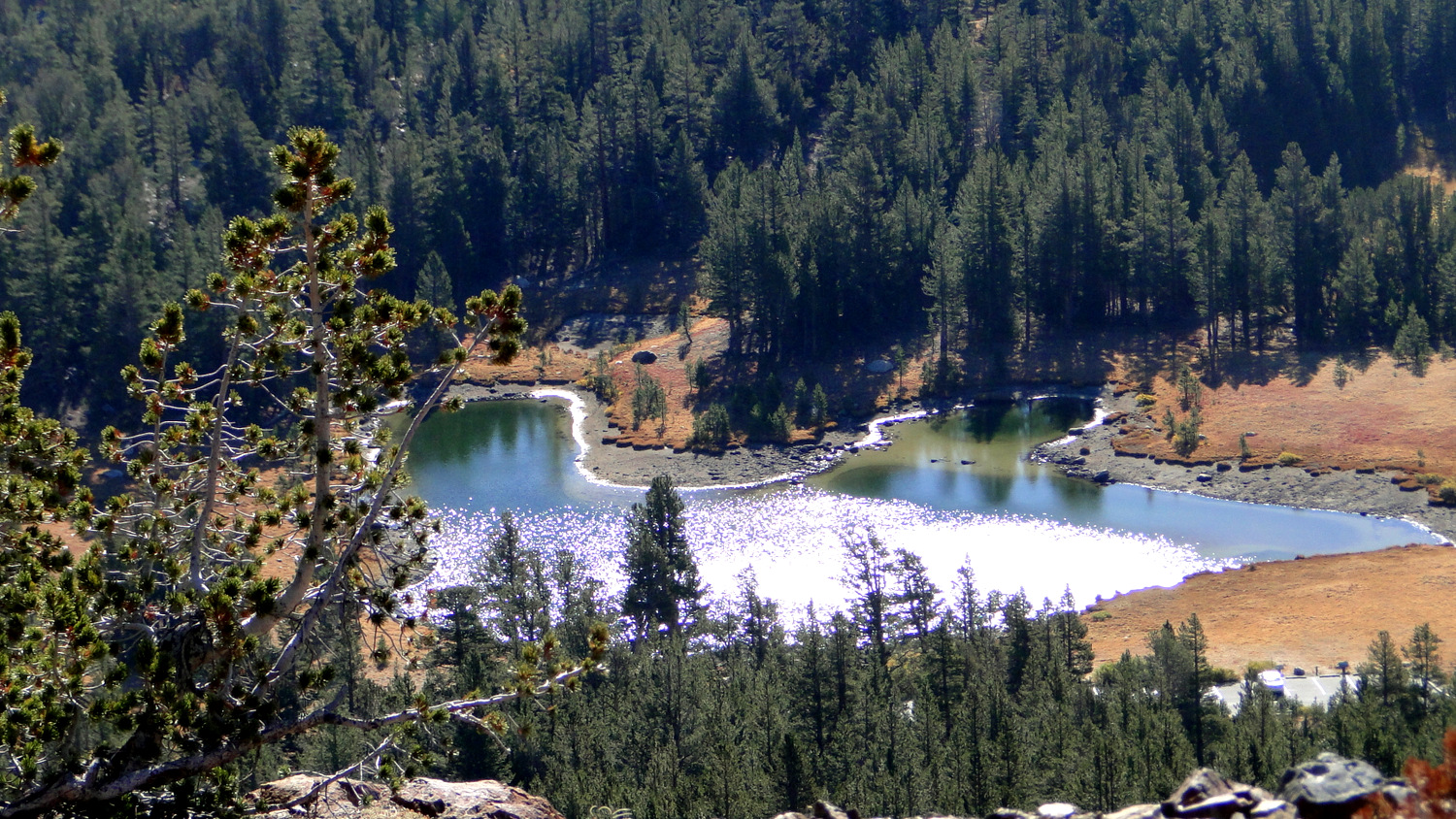 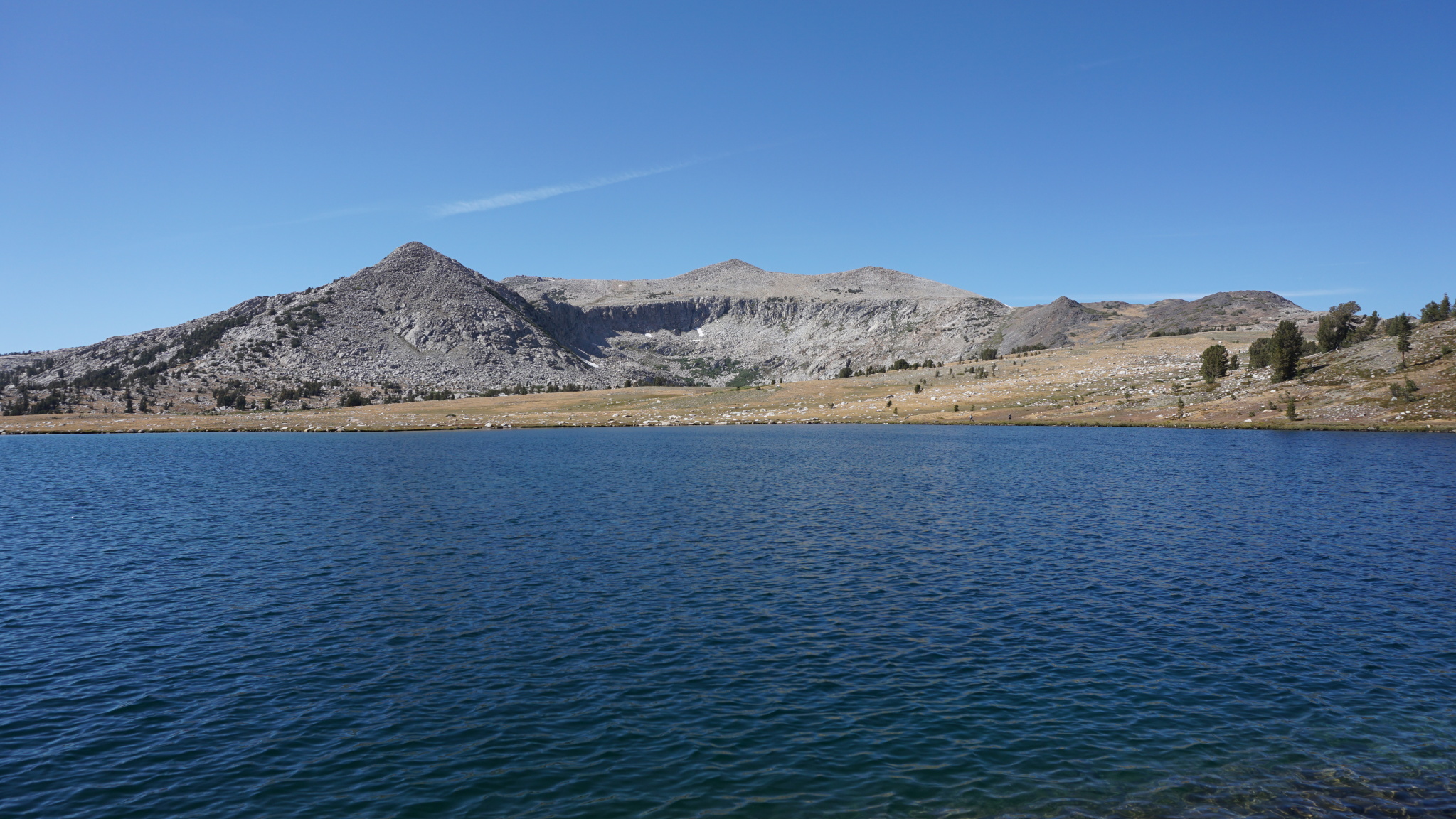 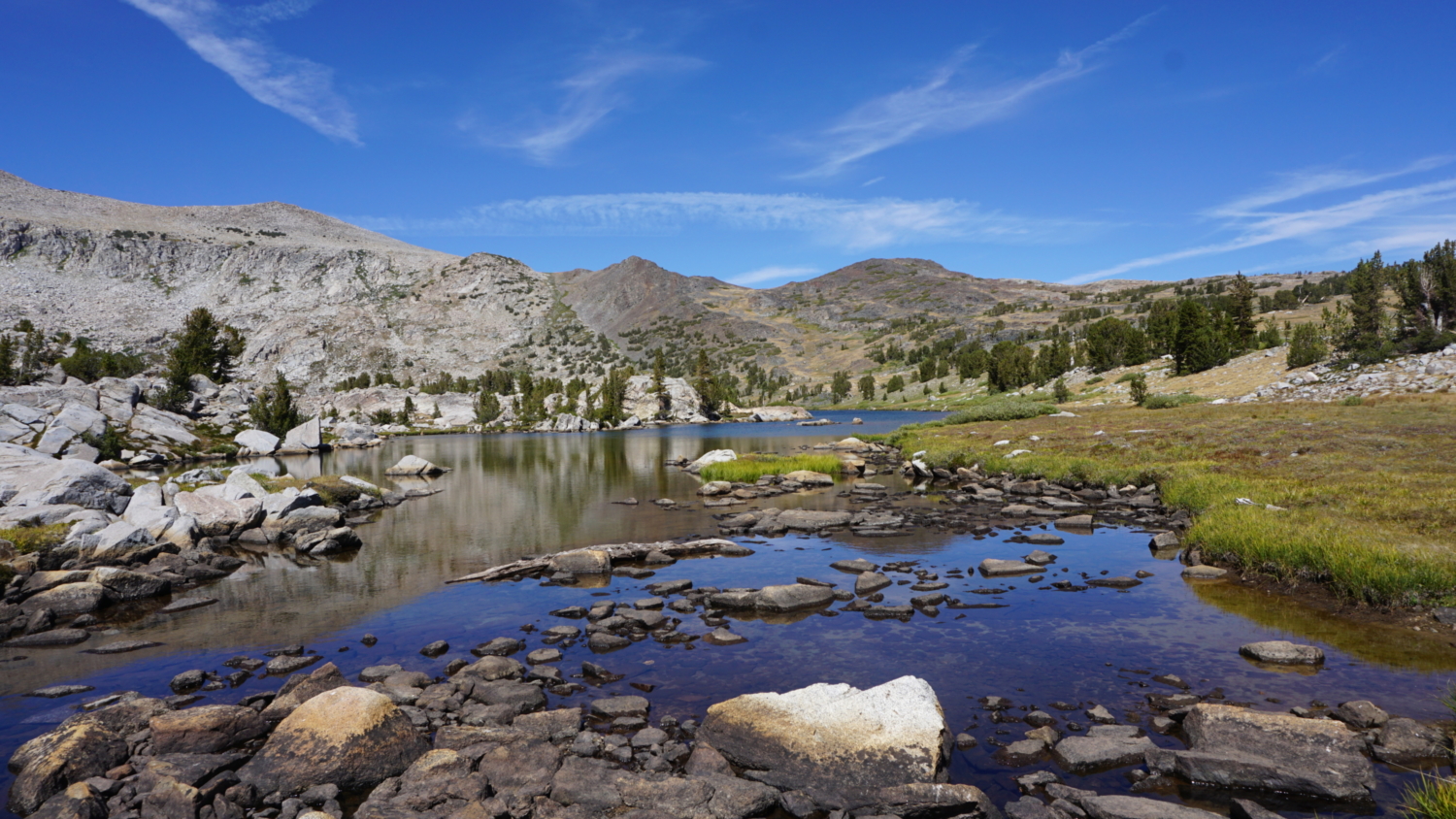 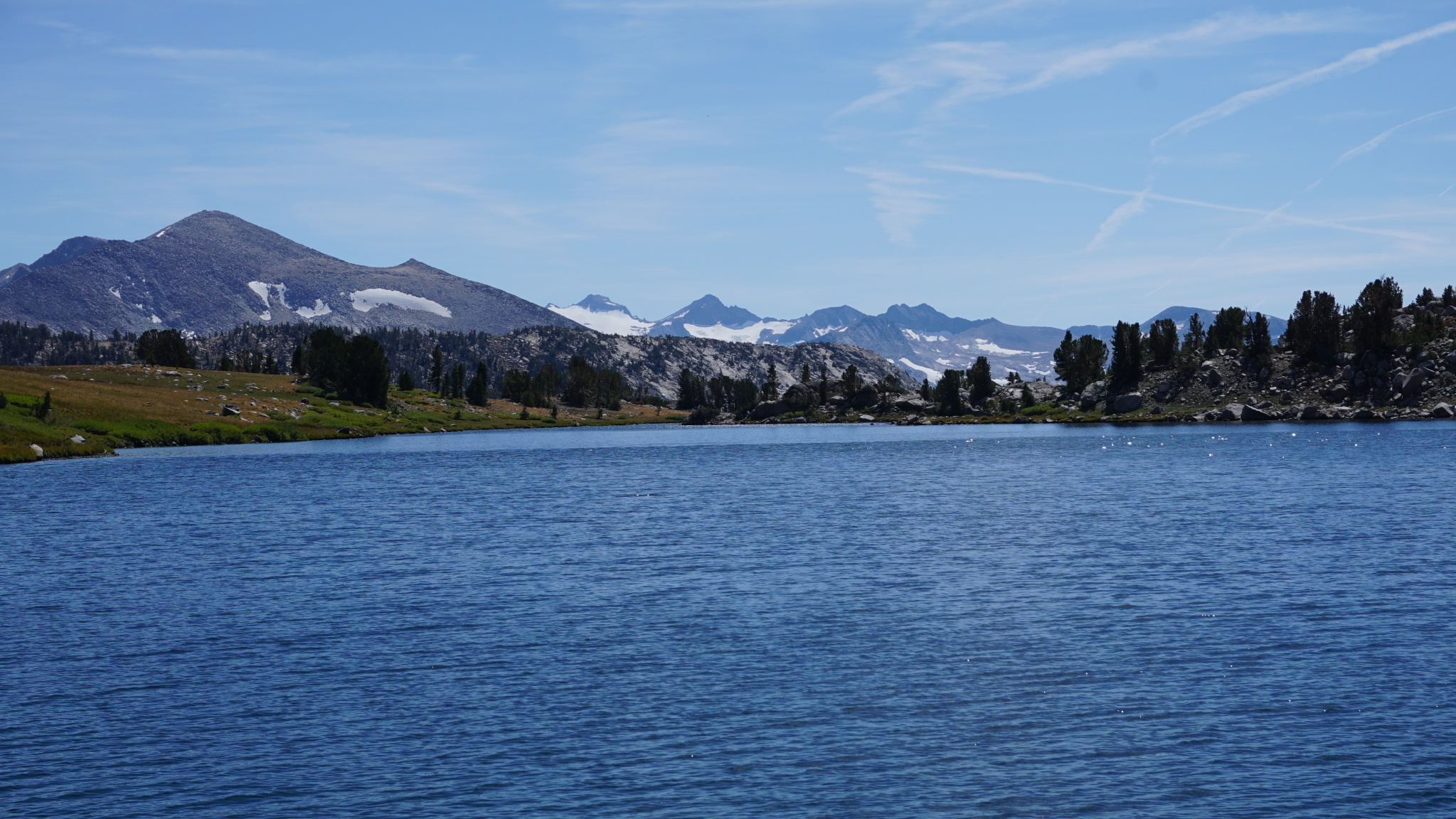 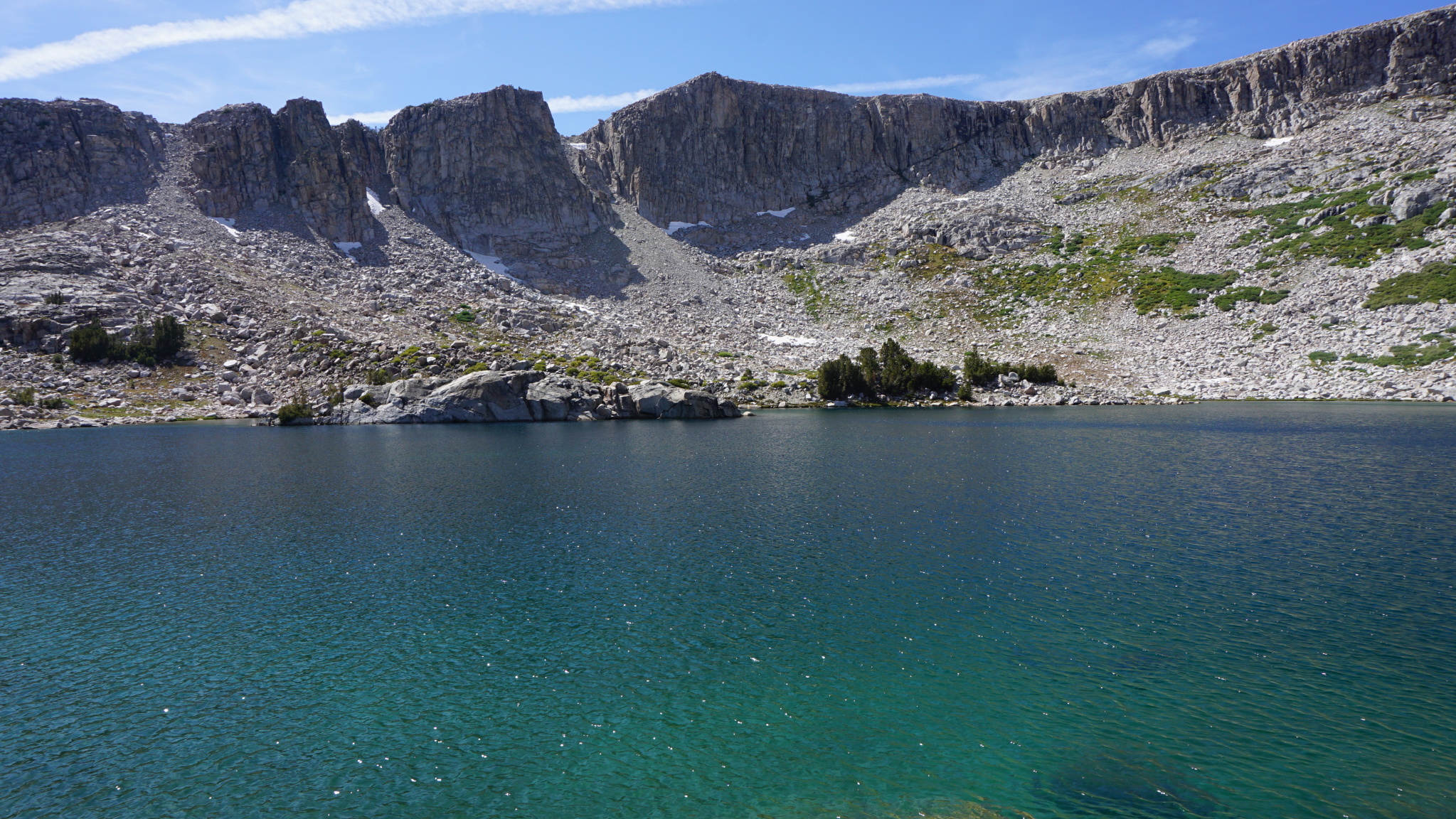 The initial section is steep, while the trail through the lake basin is gentle. Reaching the Granite Lakes requires a cross-country traverse.

The nearest available camping area is the Tioga Lake Campground on the east side of the Sierra Crest on Tioga Pass Road. Tuolumne Meadows is also a possible option, although this campground is often booked solid throughout the summer.

From Lee Vining, exit Highway 395 and head east on Highway 120 (Tioga Pass Road) for 12 miles to the Tioga Pass entrance to Yosemite National Park. The Gaylor Lakes trailhead is 100 yards west of the entrance.