Although it’s more known as a destination for lengthy overnight trips into the backcountry, the Tuolumne Meadows area of Yosemite National Park also has some exceptional day hikes as well. The relatively mild trek to Elizabeth Lake is one of the best.

For all visitors to Yosemite, there’s a $35 fee per car, which you will have to pay at any one of the main park entrances. In this case, the nearest entrances is at Tioga Pass, which is generally open from May/June into November.

Hikers should also note that Elizabeth Lake lies within a day-use zone, which means there’s no overnight camping permitted around the lake.

The typical safety concerns for the Sierra Nevada – bears, altitude, thunderstorms, and temperature – all apply on this route.

Black bears in California aren’t known to be particularly aggressive toward humans, but they do have voracious appetites, prodigious olfactory prowess, and a lack of compunction about breaking into cars to obtain food. When bears do get food, they become aggressive You can protect bears from getting access to your food by storing it in appropriate storage containers, which the park places at most trailheads. Storage space may not always available, and it’s a good practice to only bring whatever food you might carry on the hike while leaving extra food wherever you’re camped or staying.

This hike starts at 8,660 feet, and the route tops out at 9500 feet. Some hikers who haven’t had a chance to acclimate for a night or two prior to the hike may struggle with symptoms of altitude sickness.

During the summer months (July to early September), afternoon thunderstorms can emerge seemingly out of nowhere. Much of this hike is sheltered within forest, but the areas around the lake. If you see dark clouds building up while you’re at the lake, retreat to the forest to avoid the potential for lightning strikes.

Temperature variability can get pretty extreme in the High Sierra. Although extreme heat isn’t typical, the temperatures can dip below freezing, especially during the shoulder seasons (June, September, and October). Do a thorough check on the area forecast to prepare for potentially cold temperatures. 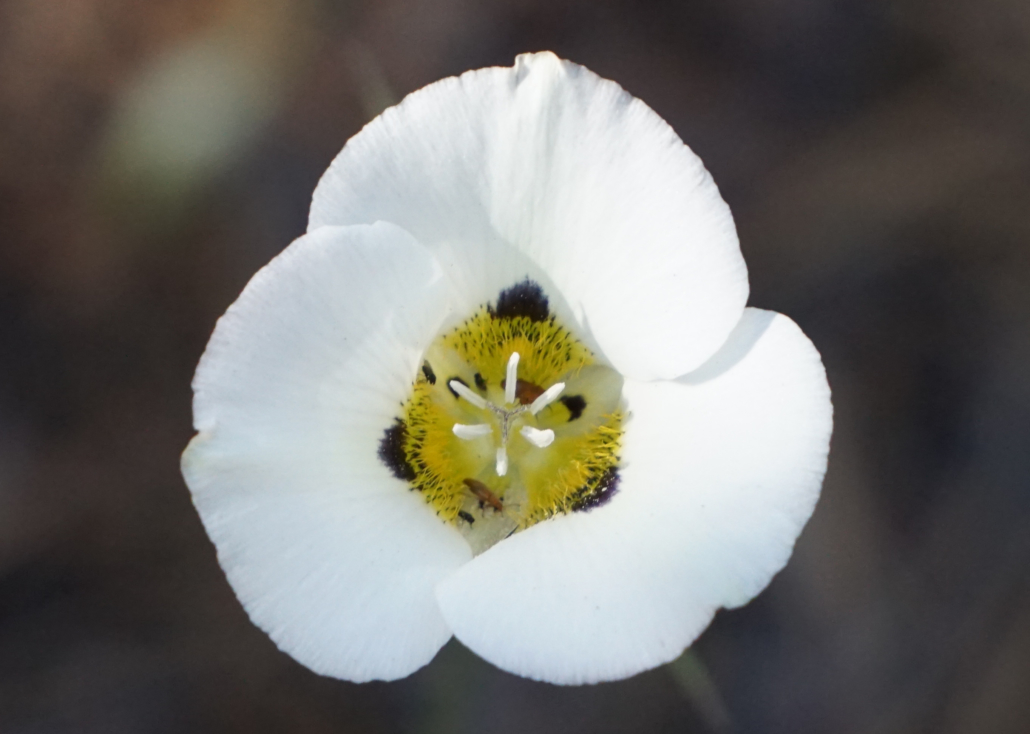 This straightforward route departs from Tuolumne Meadows Campground near the equestrian camping area, and it heads southbound on a moderate incline through a dense forest of lodgepole pines. During early summer, keep an eye out for Leichtlin’s mariposa lily, larkspurs, and lupines brightening the forest floor. A few hundred yards after stepping onto the trail, continue straight through a junction with the John Muir Trail. 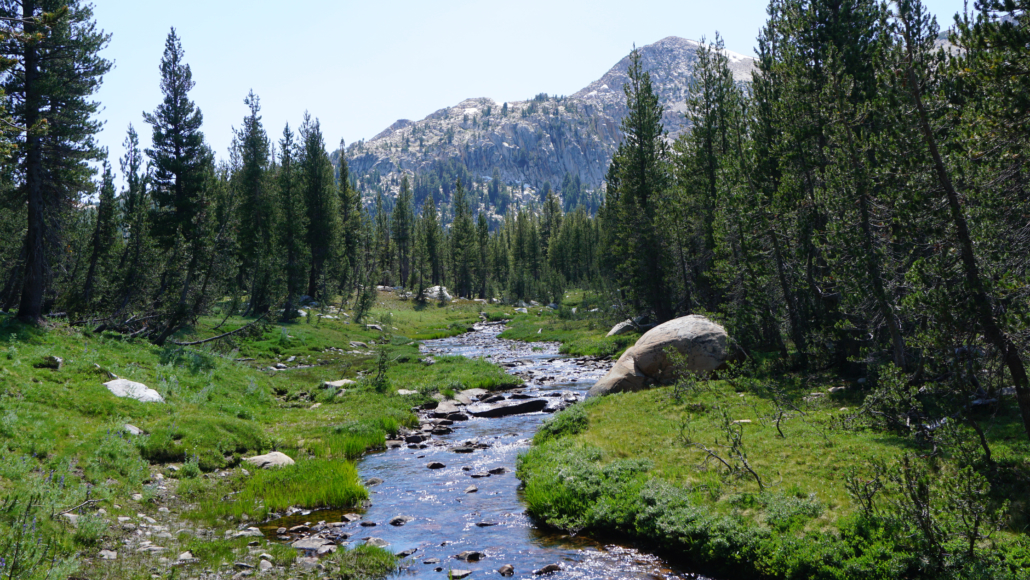 After the JMT crossing, the Elizabeth Lake Trail begins a prolonged climb over the next 1.4 miles through lodgepole forest. There’s little scenic variation here, so settle into a comfortable uphill groove and make some time. The scenery becomes more interesting at 1.5 miles as the trail reaches the edge of Unicorn Creek. A lush pocket meadow surrounds both banks of the creek, which reveals views southwest and south toward the higher points of the Cathedral Range, including this hike’s signature mountain – Unicorn Peak. 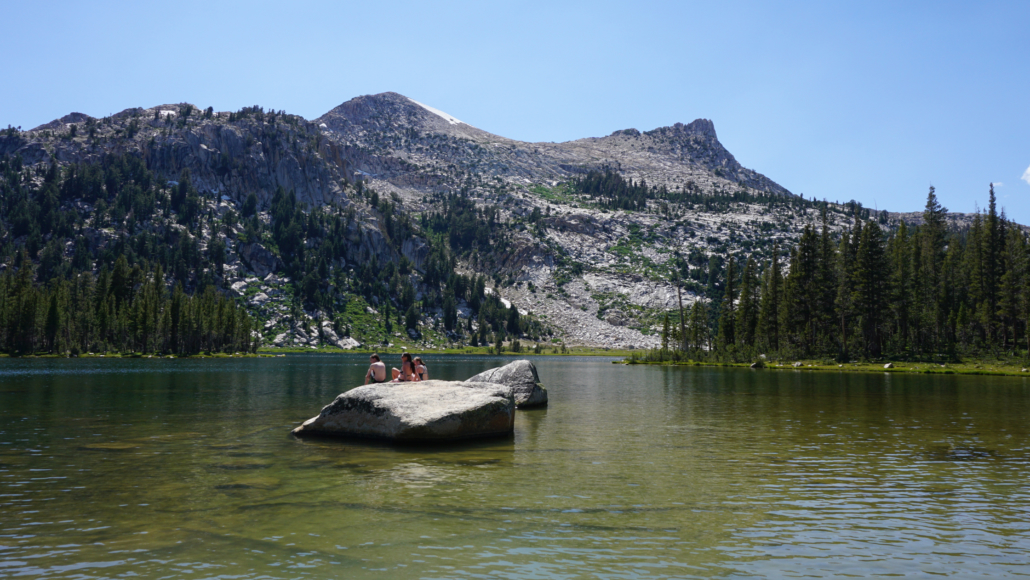 At 1.8 miles, the trail begins a gradual bend to the west to approach the eastern shore of Elizabeth Lake. The trail forks at 1.9 miles, with the main route leading east to the lake and an informal route diverging and leading south. You can choose either (or both) paths to reach the banks of the lake, and the views will differ according to which path you take. 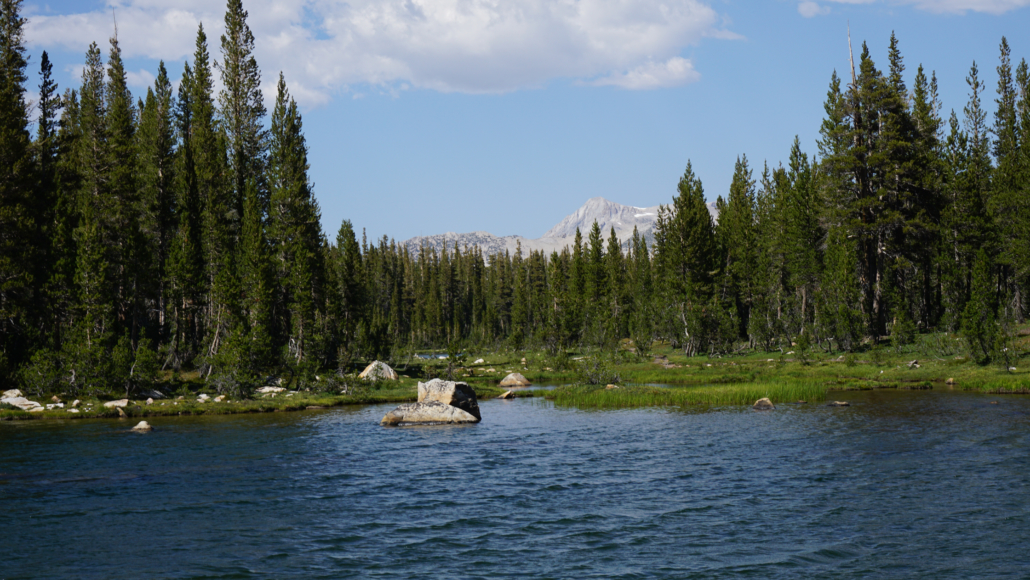 Elizabeth Lake with Mt. Conness in the distance

The east side of the lake has the more classic scenery with sparkling waters yielding to the unique form of Unicorn Peak.  The south path forks again about 40 feet from the first split; keep right here to skirt a wooded knoll before reaching the southeast corner of the lake. The views aren’t quite as clear from here, but it is a quieter spot than the east side of the lake. If you look north, you might even spot the white-gray form of Mt. Conness rising above the forest. 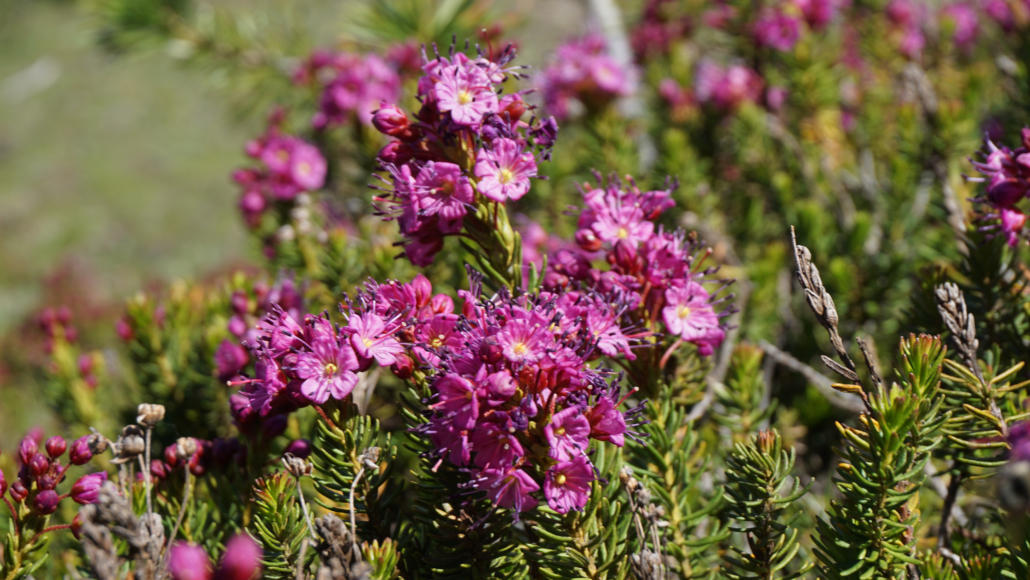 Whichever side of the lake you choose to enjoy, the shore will be the end of the line. To return, retrace your steps on an easy downhill walk back to Tuolumne Meadows Campground.

Accommodations near Elizabeth Lake in Yosemite 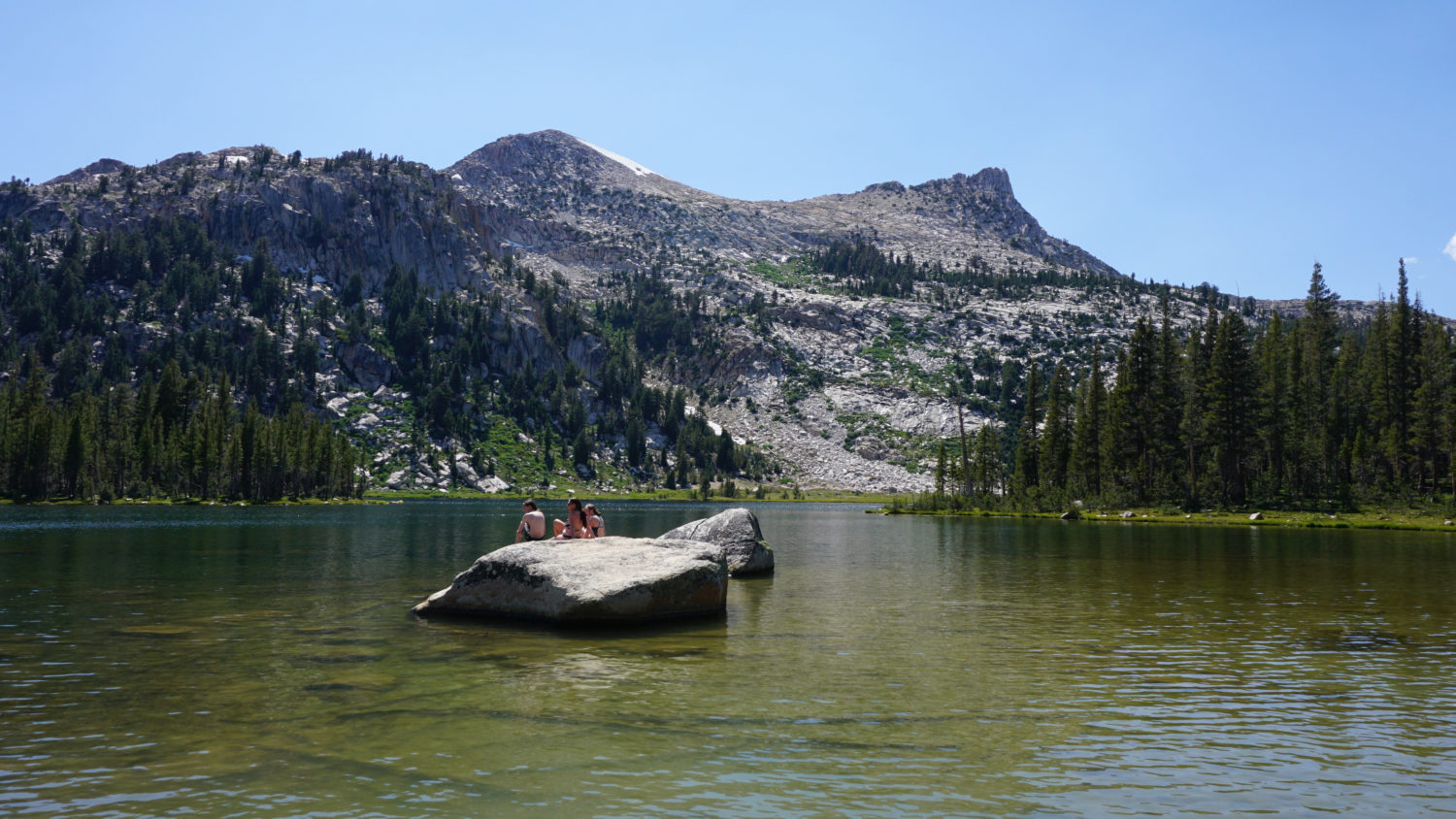 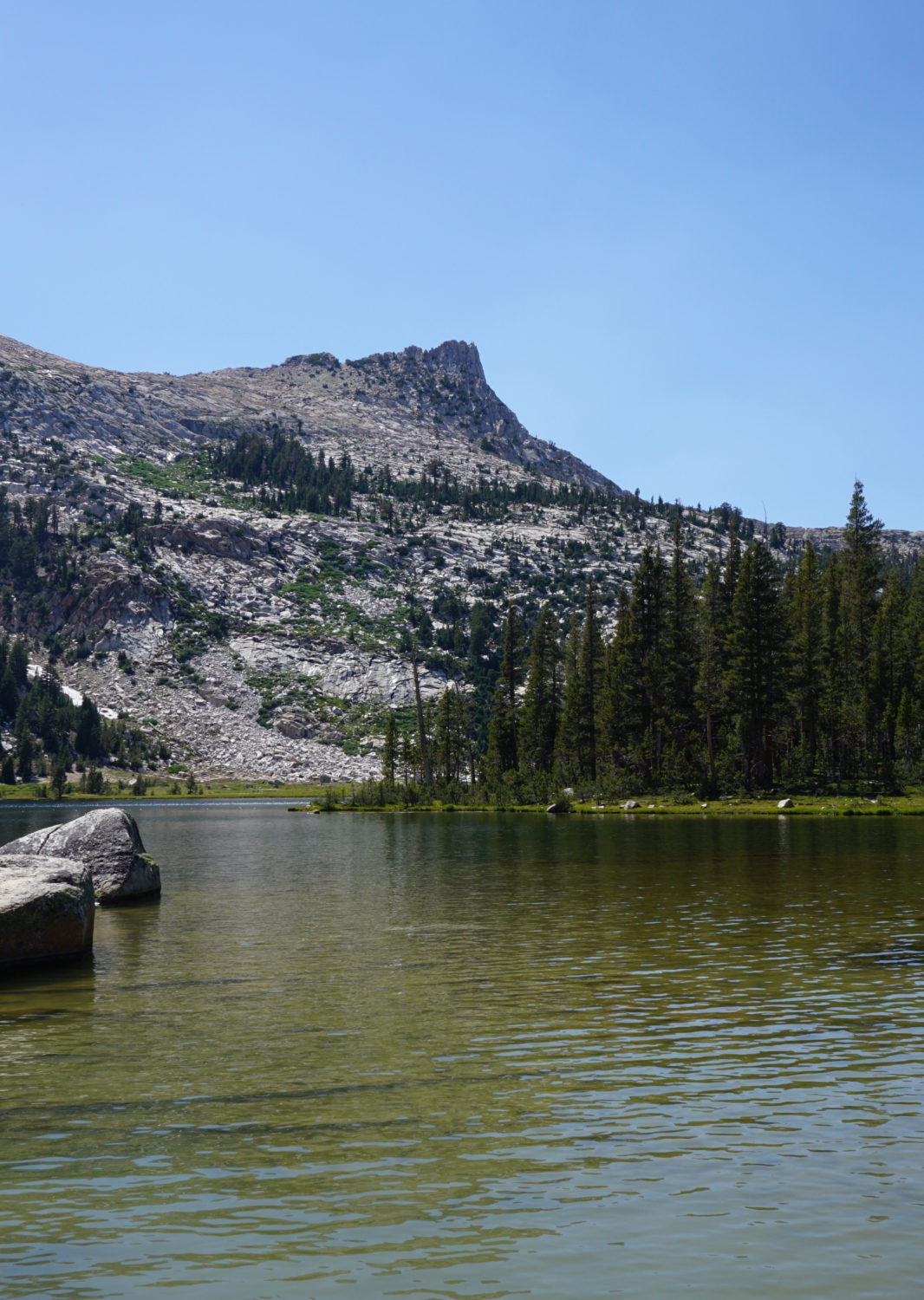 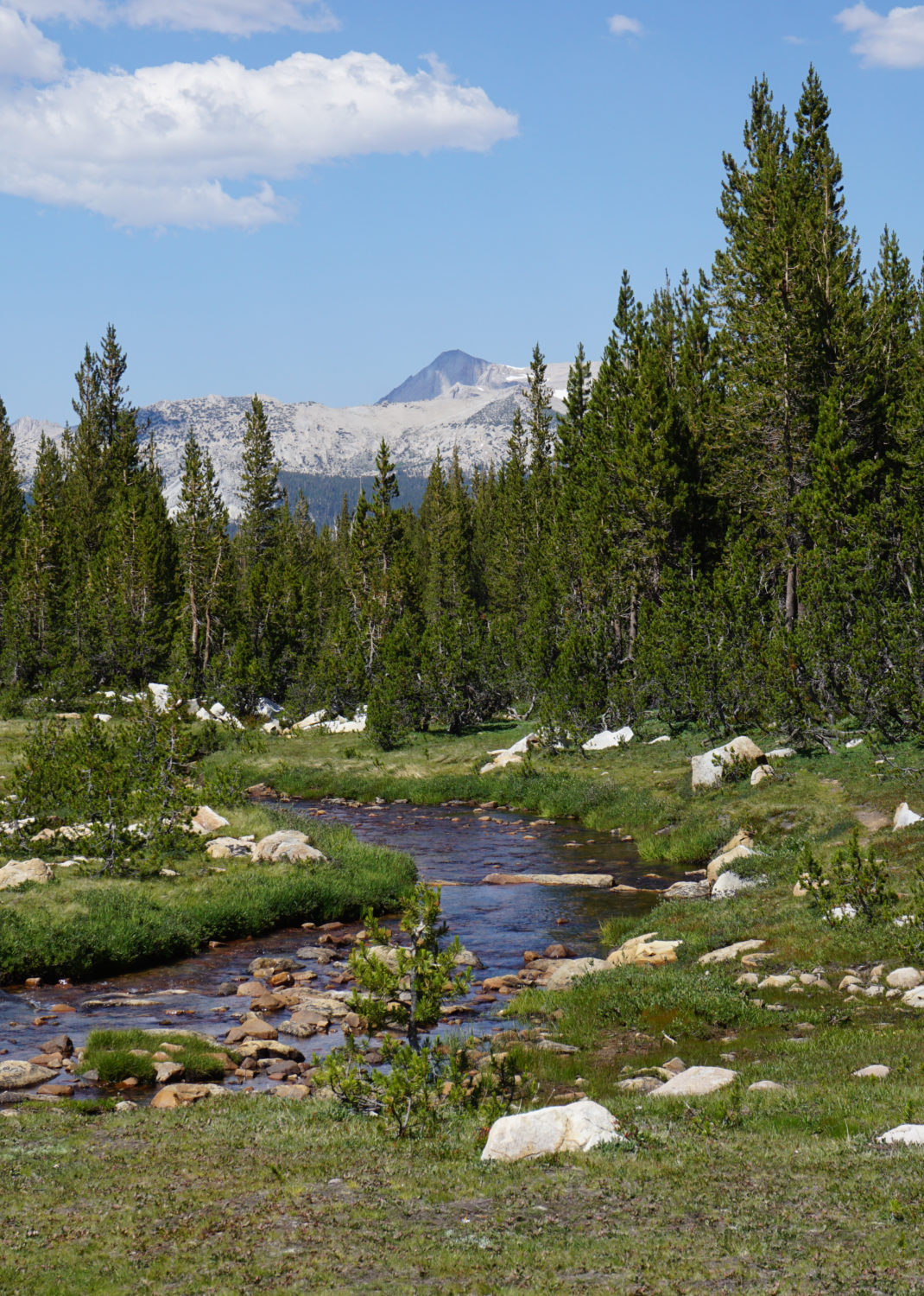 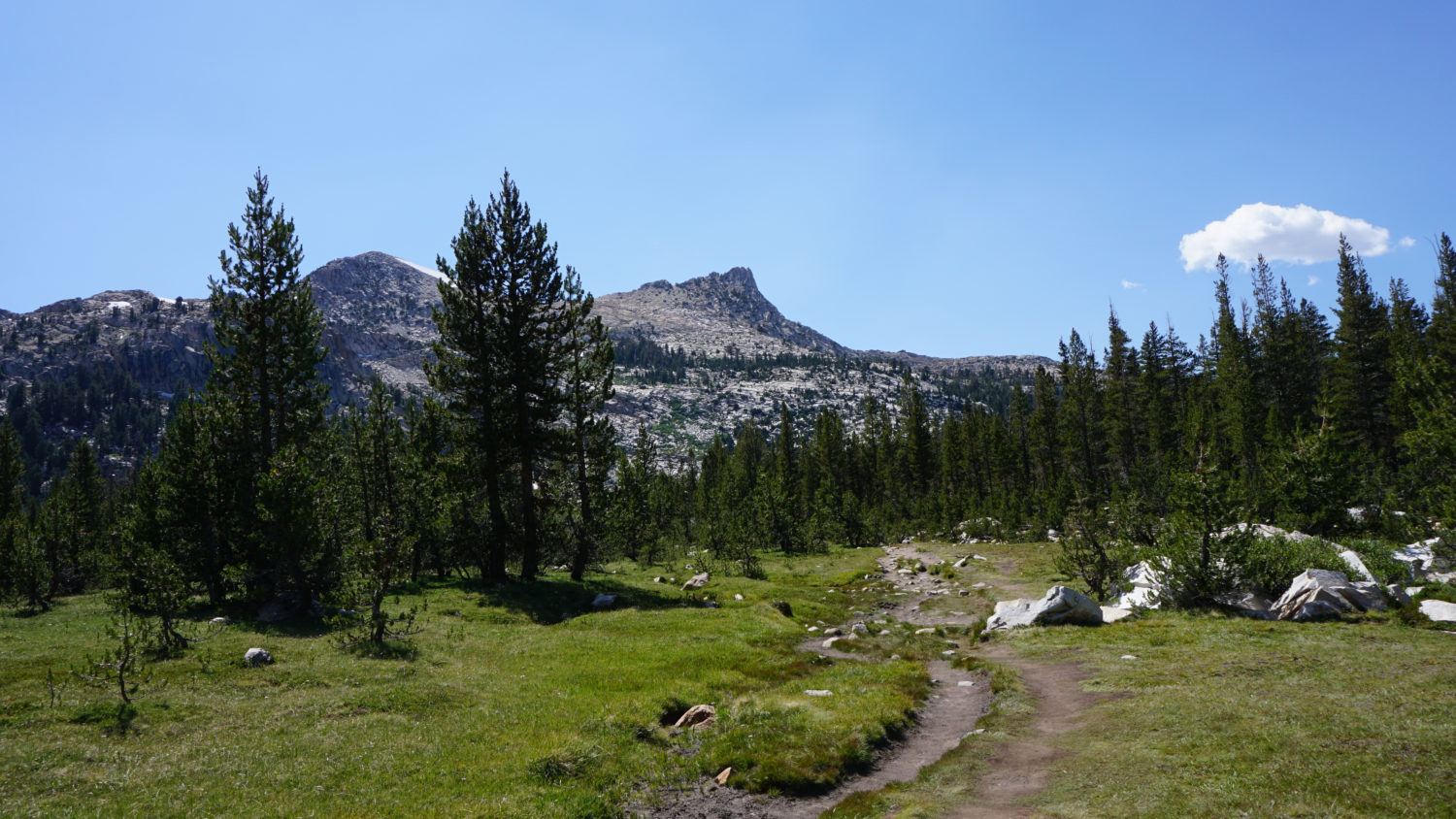 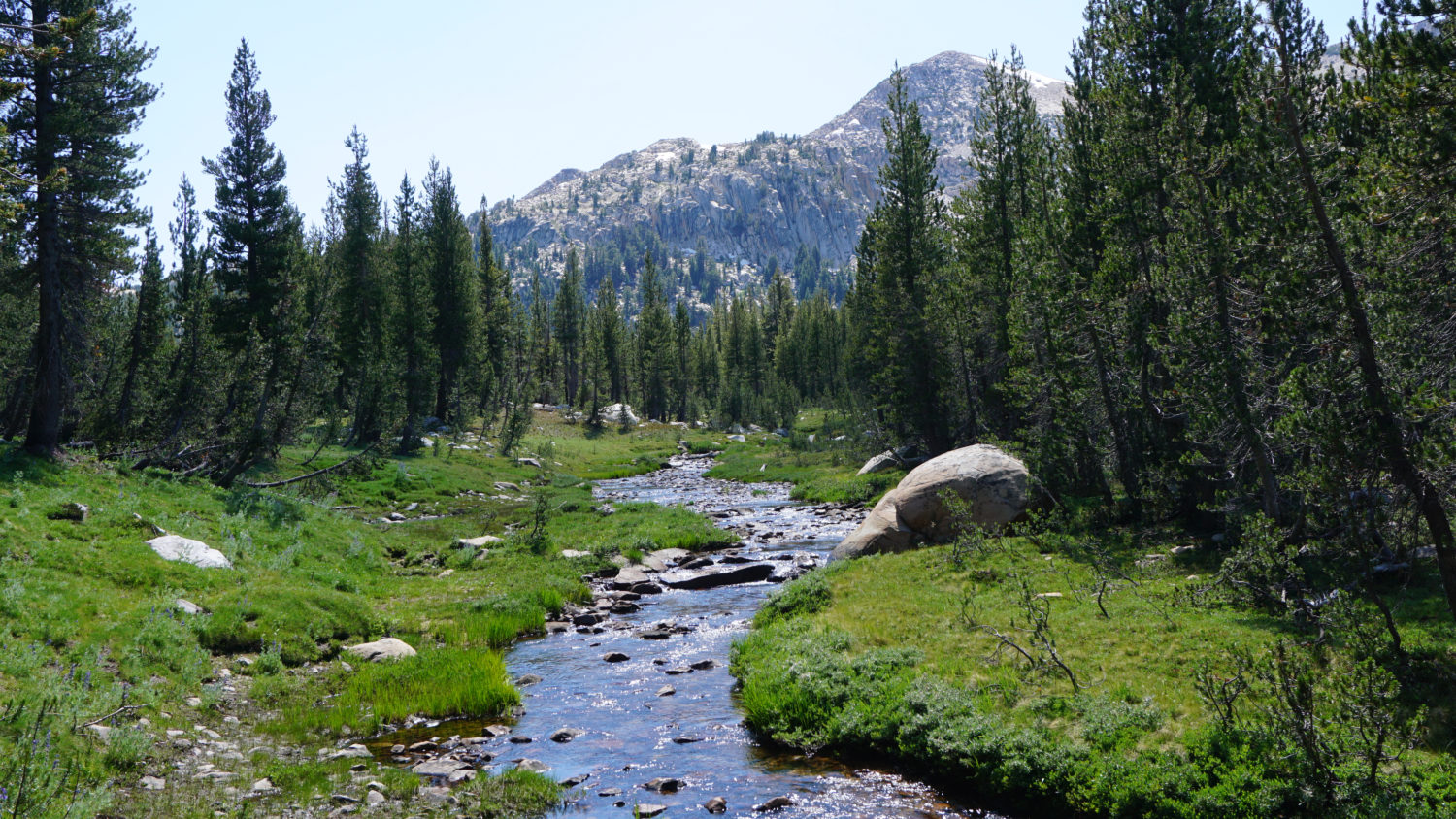 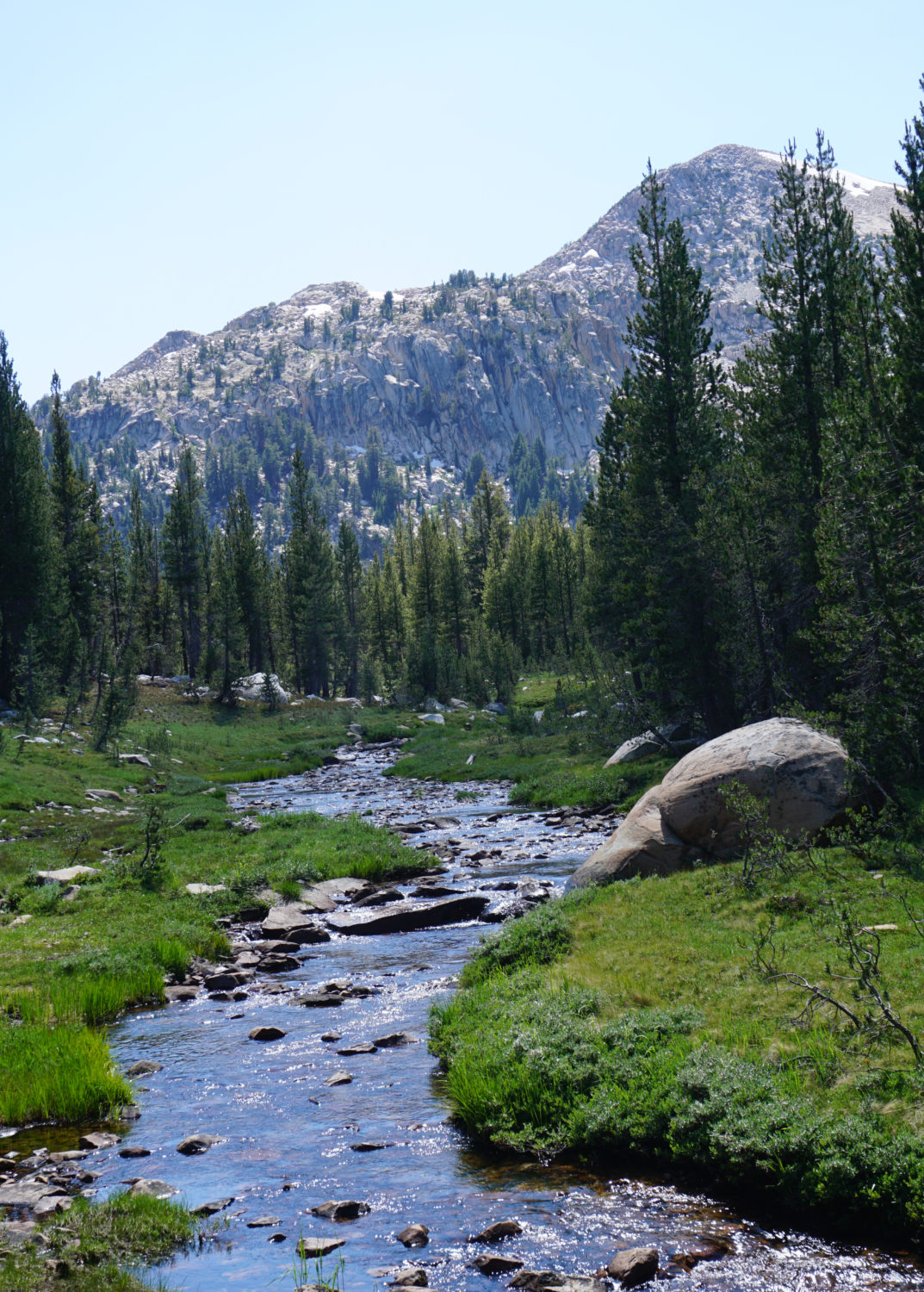 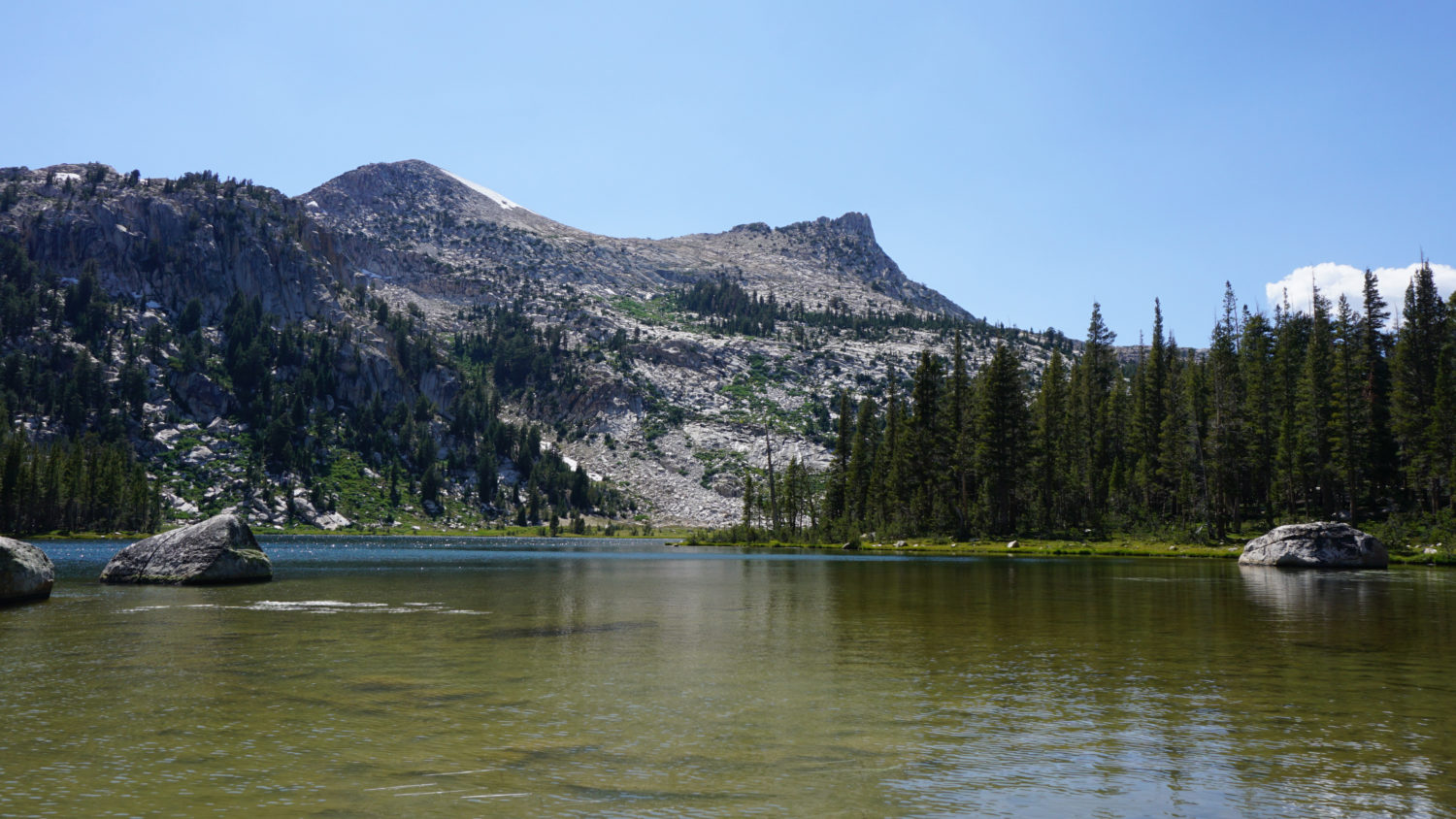 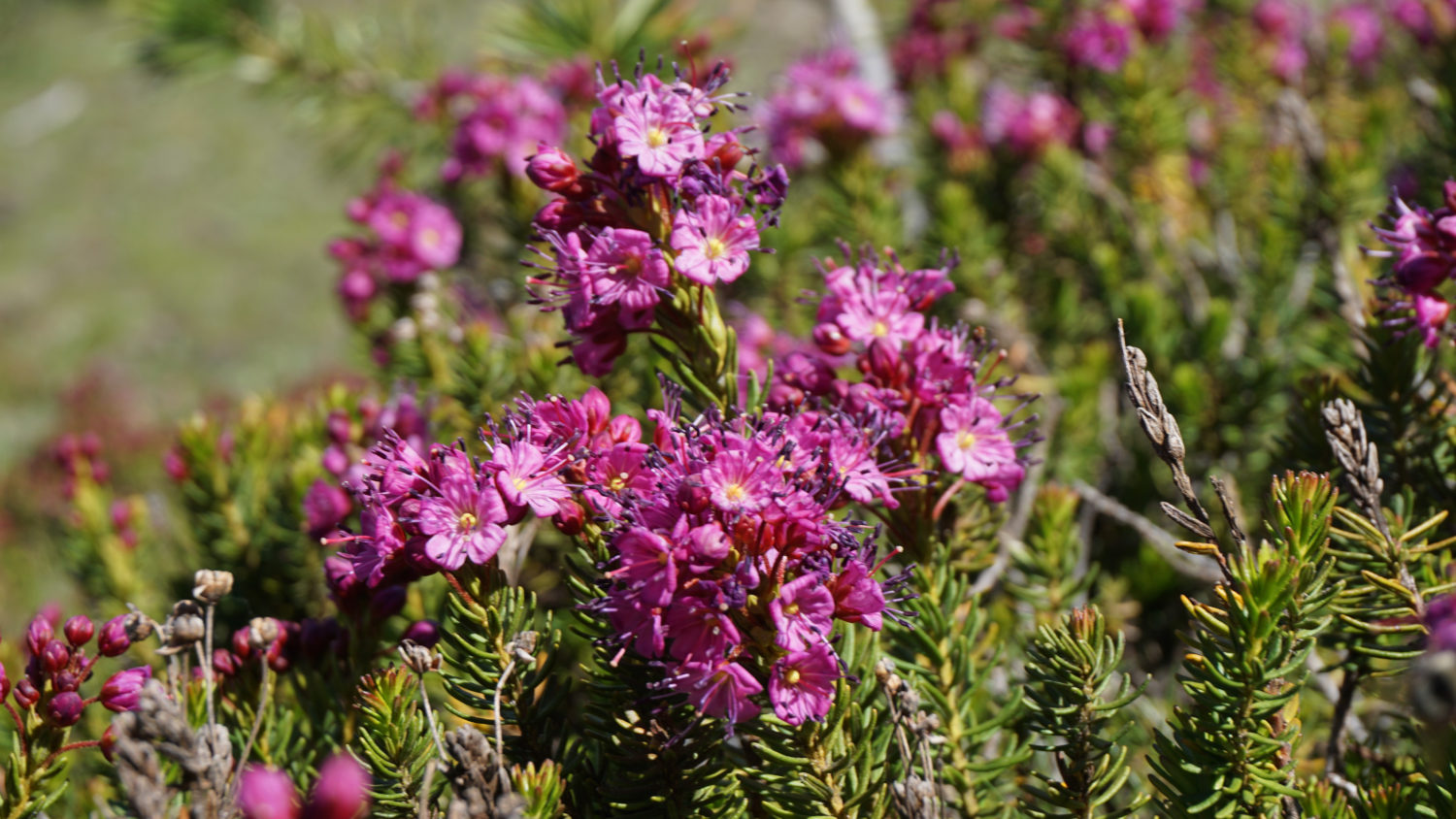 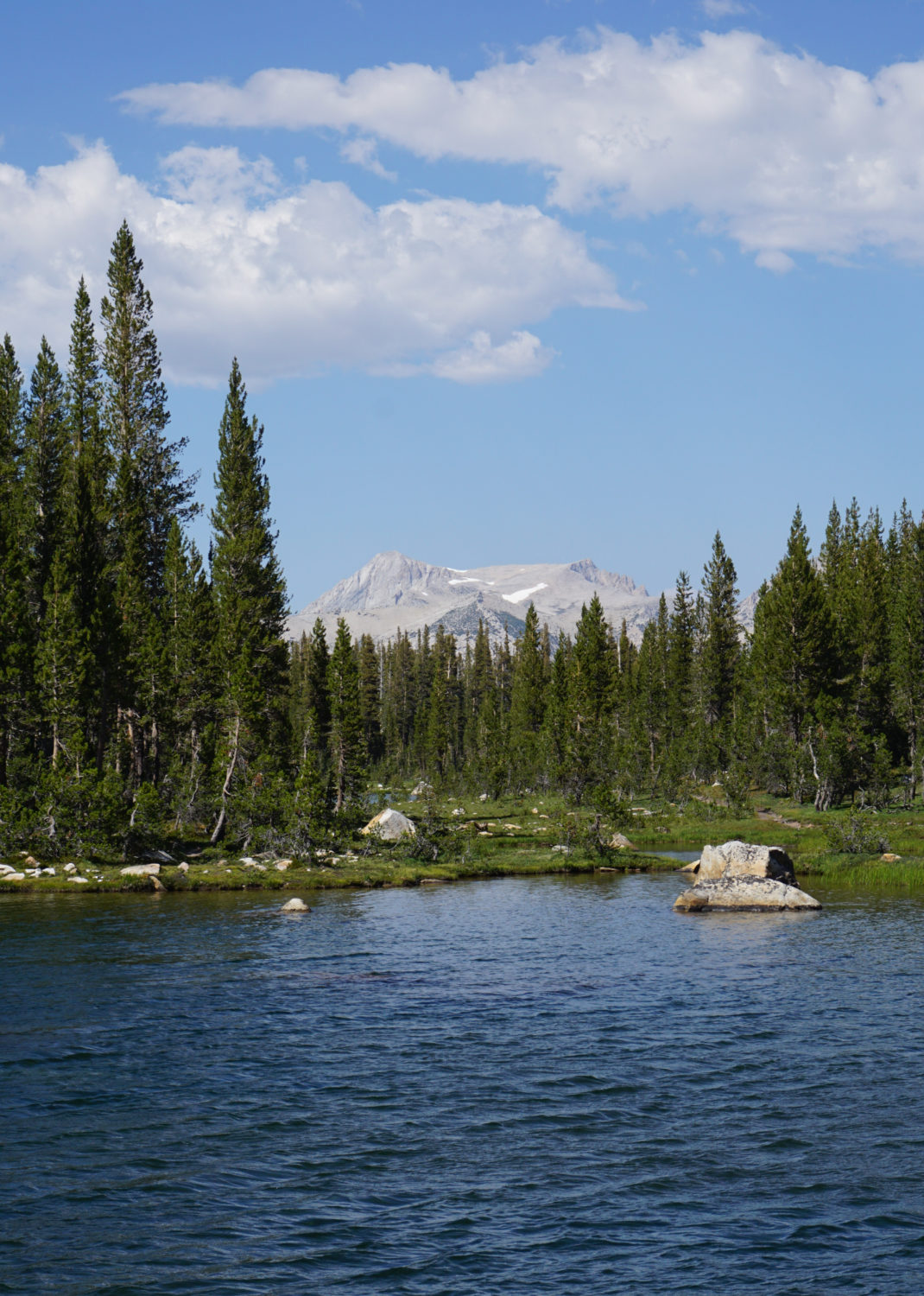 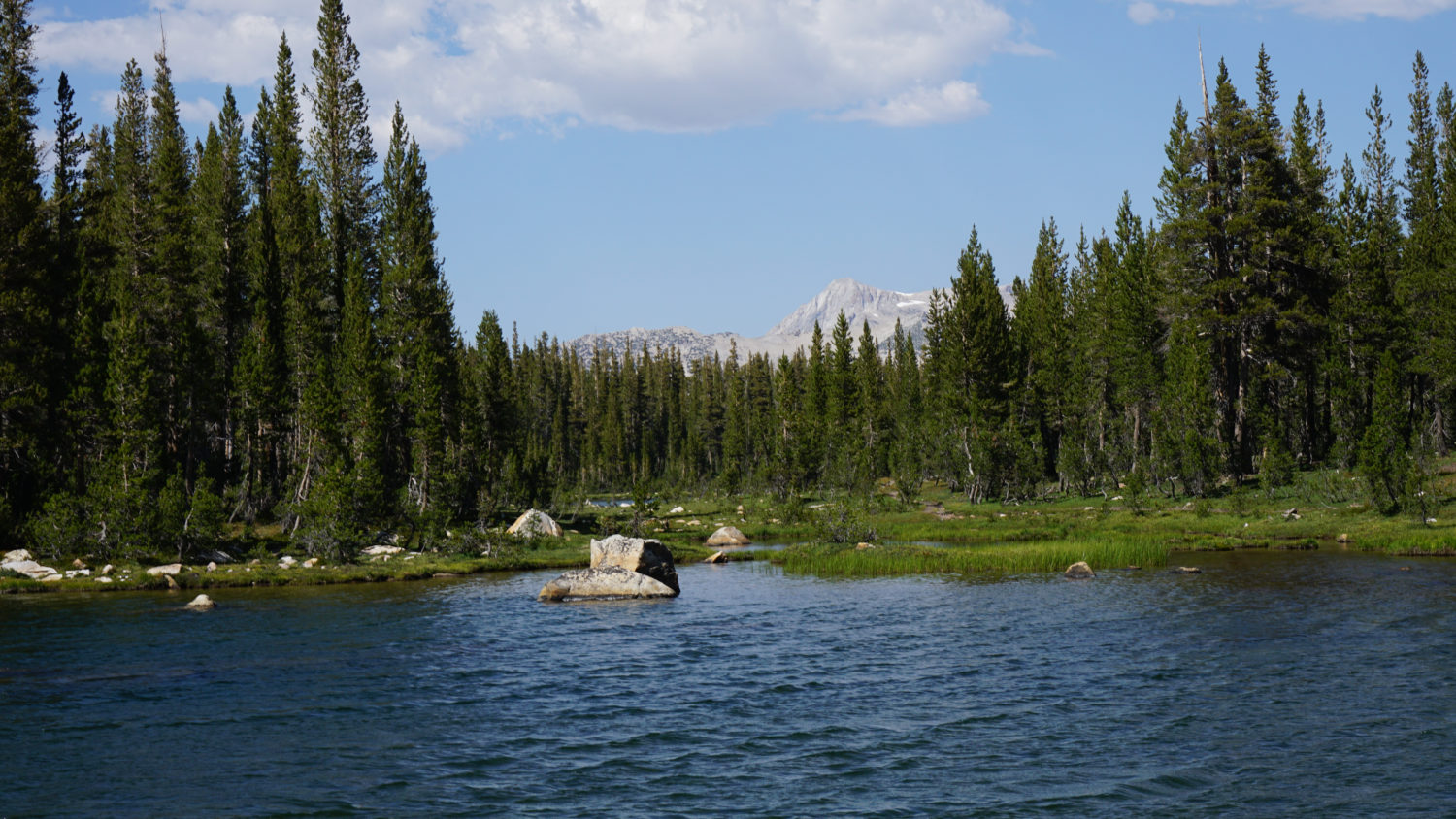 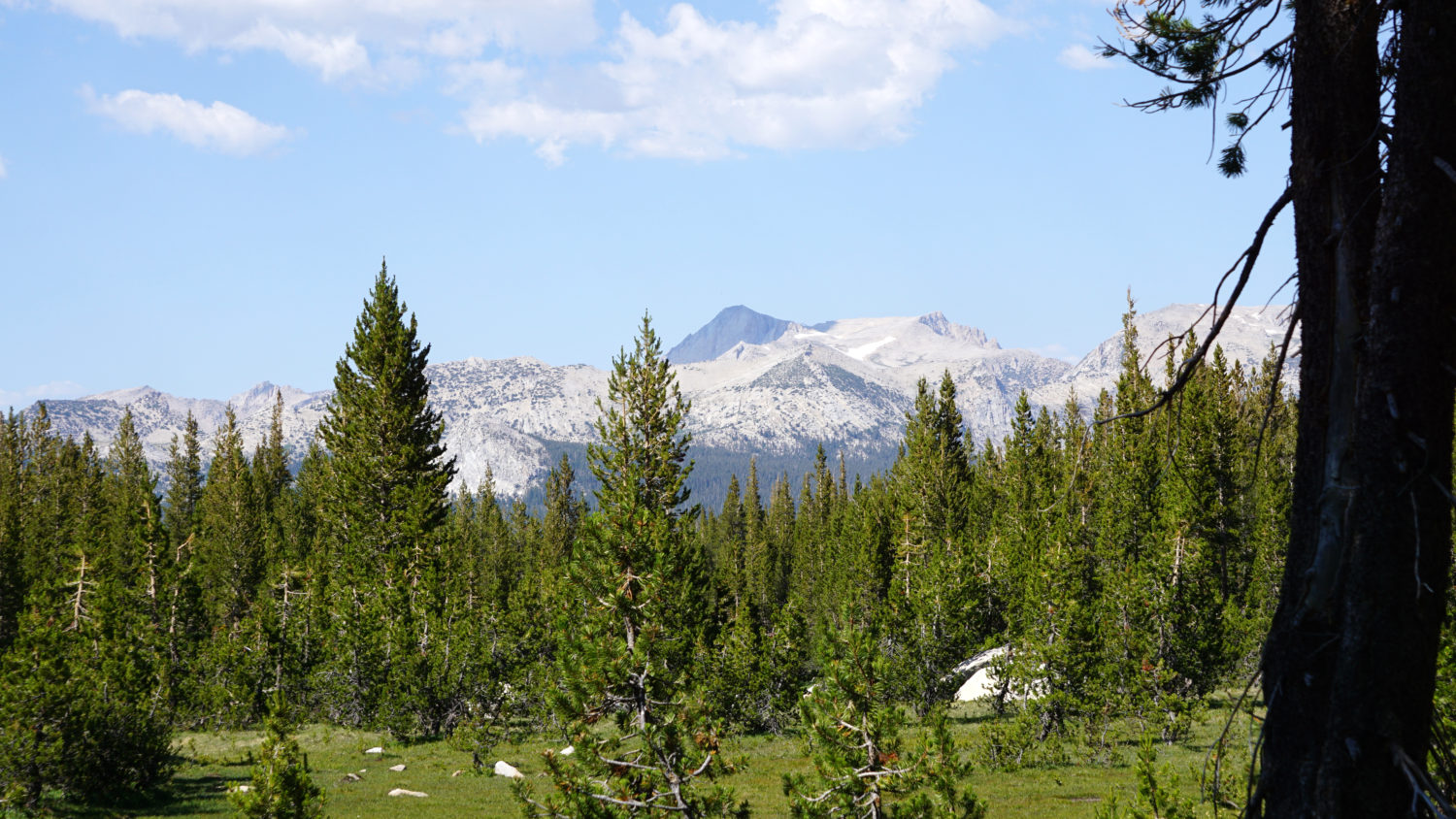 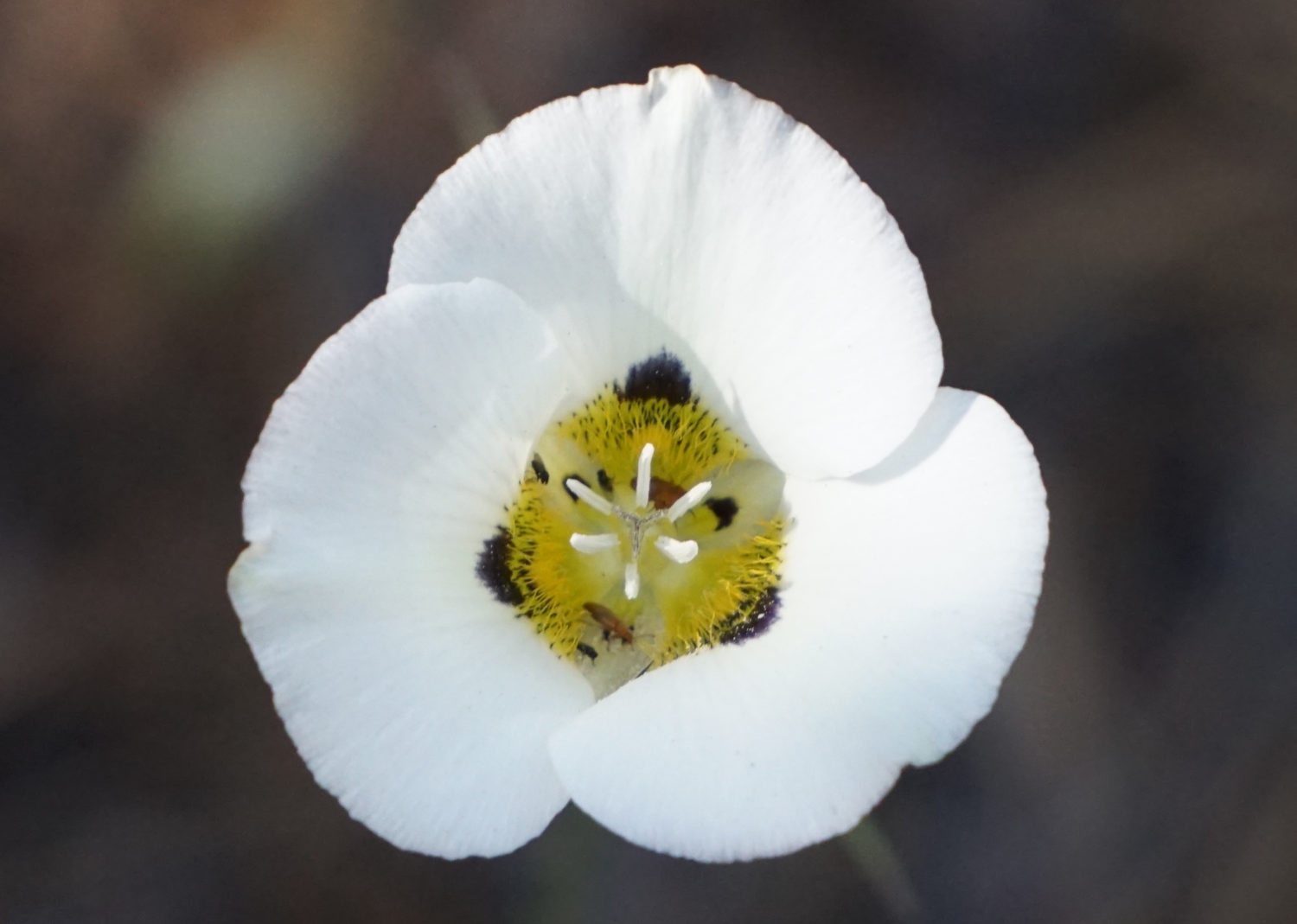 The trail is well-maintained, well-marked, and easy to follow.

The trail begins from Tuolumne Meadows Campground, which is your best option for nearby camping.

From Lee Vining at the junction of CA-120 (Tioga Road) and US 395, drive west for 19.1 miles, passing through the Tioga Pass Entrance, toward Tuolumne Meadows Campground. Turn left into the campground, pass through the entrance to the campground, and keep right after the entrance kiosk. After 0.3 mile from the right turn, turn left toward the Elizabeth Lakes Trailhead. Reach a day-use parking area just before the equestrian camping area.