Let’s face it — if you’re visiting Mesa Verde National Park, you’re here to see some cliff dwellings. And really, there’s no better way to experience these dwellings than by getting up close and personal with the ruins themselves.

For protection of the resources (and visitors), most of the sites inside Mesa Verde should only be enjoyed from a responsible distance — but visitors to the Balcony House get a very intimate experience on a guided tour (reservations required).

But before you decide to explore the Balcony House, you’ve got to be up for the challenge. This guided tour is short in terms of distance, but definitely on the challenging side in terms of what you’ll be expected to do. The hike includes two sets of steep ladders, narrow ledges and sharp drop-offs, and a unique section where hikers will have to shimmy their way down a 12-foot long tunnel that’s only 18-inches wide at its narrowest part.

Claustrophobic hikers may want to skip this adventure — but you should at least head to the Visitor Center to ask questions about the hike and take a crack at squeezing through the replica tunnel to give it a shot. If you’re going to have a panic attack, it’s probably better you do it in the comfort of a visitor center than at the bottleneck of a trail with other hikers waiting to get through.

That said, if you’re up for the tight squeeze, this is an incredible way to experience this National Park.

Grab your tickets and head to the trailhead — you’ll meet your ranger guide near a shade structure, get a quick overview of what you’re about to be doing, and then head on down toward your first ladder. 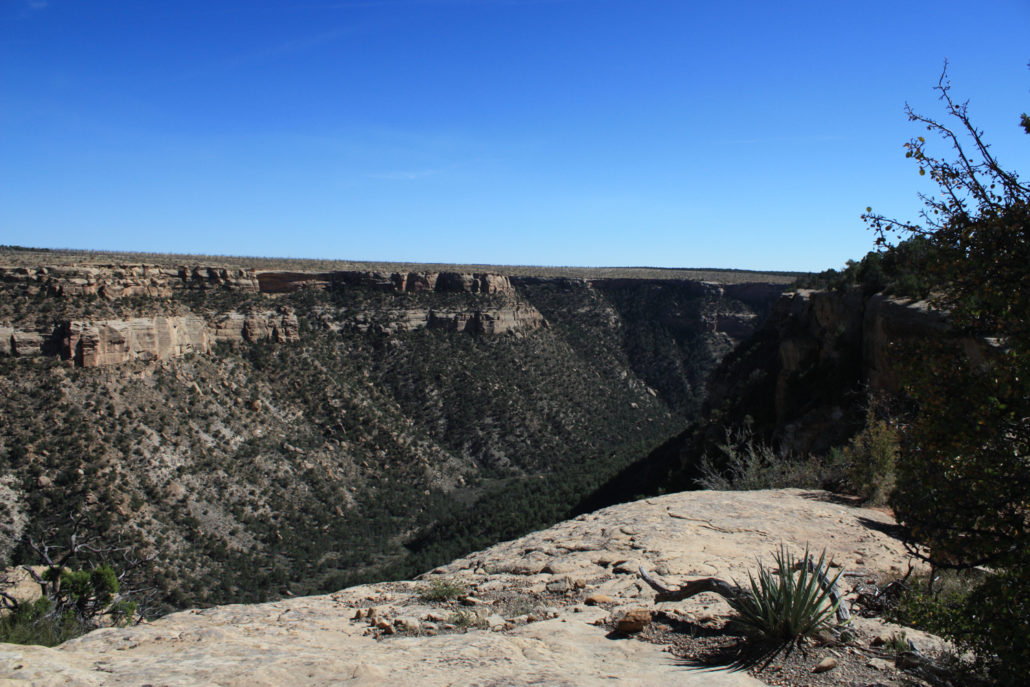 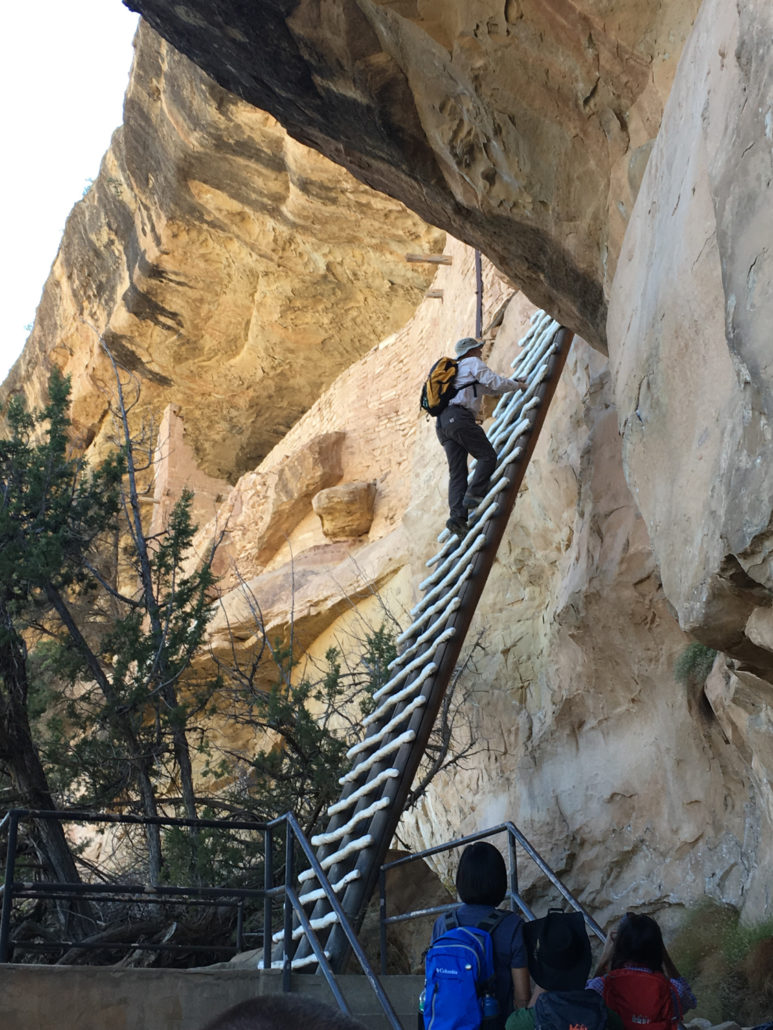 As you climb down the edge of Chapin Mesa into Soda Canyon, you’ll be able to spot the architecture and remains of the cliff dwellings that are close by as well as ones you’ll only be able to make out in the canyon walls around you.

These houses are remnants of the Ancestral Puebloans, sometimes previously called the Anasazi. The Ancestral Puebloans first moved into the Mesa Verde area around 550 CE. At first, the Ancestral Puebloans predominantly hunted and farmed on the mesa tops, living in pithouses first, then building more elaborate in-ground kivas for cultural and religious ceremonies. As the settlements grew and complex trade networks brought more goods, technologies, and ideas from distant lands, the Puebloans gradually built freestanding pueblo communities as well as these iconic cliff dwellings.

The dwellings are scattered throughout the entire Colorado Plateau — excellent examples of freestanding pueblos can be found at Wupatki National Monument and other sites. The Ancestral Puebloans (and some of their neighbors like the Hohokum) could be considered some of the most advanced and successful irrigation farmers on the planet — but around the late 1200s, almost all of the cliff dwellings in Mesa Verde were abandoned within the span of a few generations. The exact reason for the abandonment is still being debated, although many scientists are now pointing to something now called the Great Drought — more than 20 years of consistent drought conditions resulted in mass migration and societal change and collapse in much of what would become the American West.

Many of these ruins lay here for hundreds of years, unknown to most of the few people who lived in the area. In the 1880s, western prospectors first reported coming upon the sites, and they became instant draws for scientists both amateur and professional, as well as tourists and looters.

In 1906, due to the lobbying efforts of locals, President Theodore Roosevelt signed legislation creating Mesa Verde National Park — predating the creation of the National Park Service by a full decade.

The Park Service has worked to study and stabilize many of the structures within the park’s boundaries, which is why you’re able to squeeze through some of this dwelling’s tight corridors to stand amidst what used to be the center of the village. 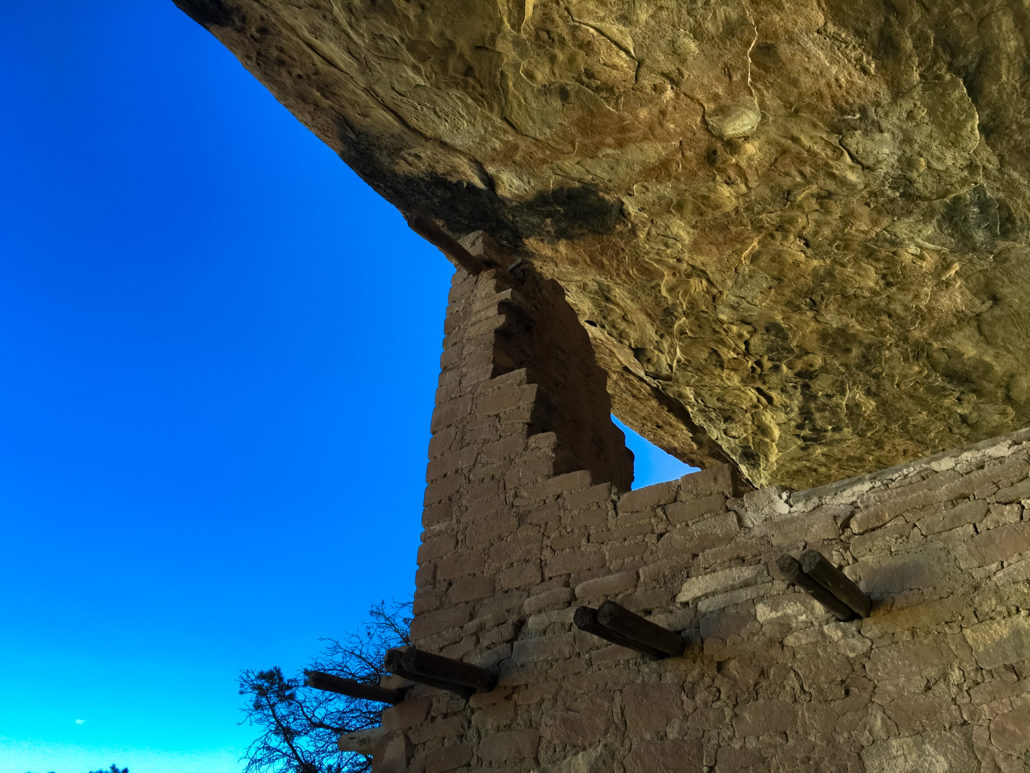 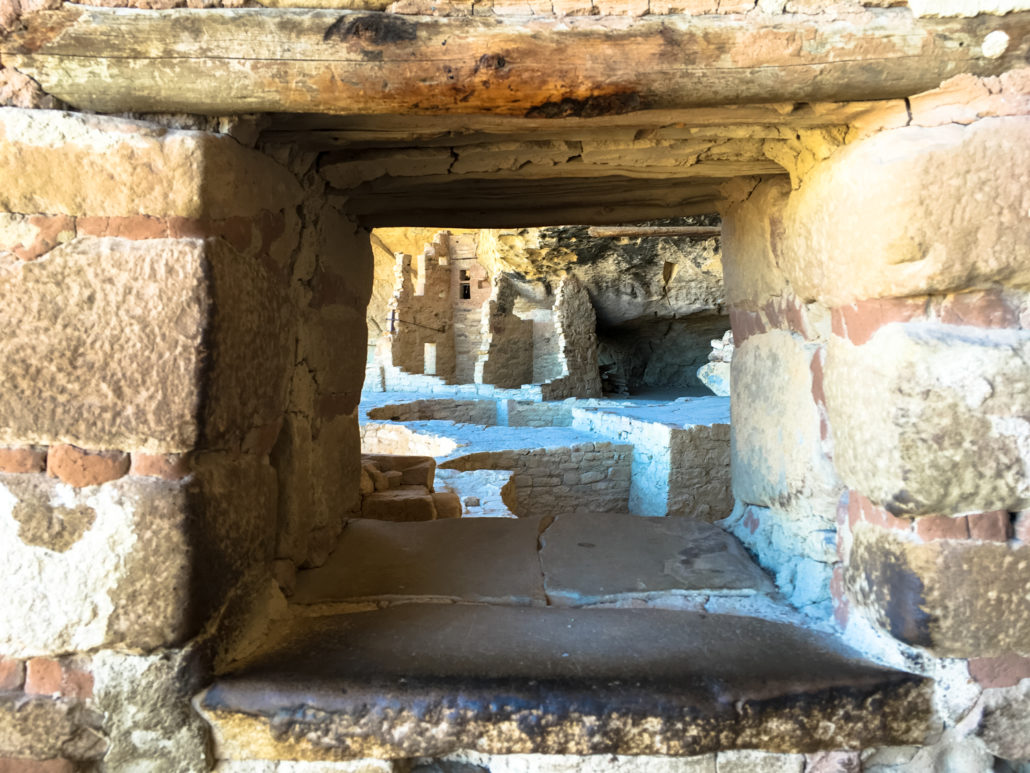 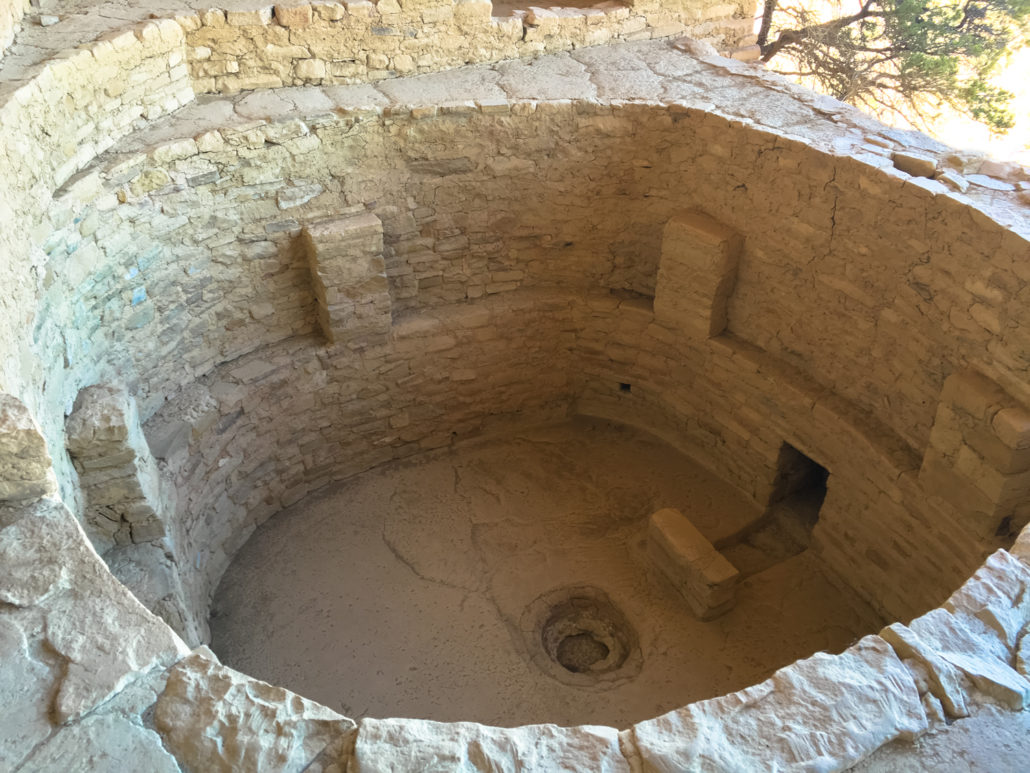 the kiva, near the center of the dwelling

Your ranger guide will point out more of the features and history of this 40-room site — a medium-sized dwelling as far as Mesa Verde National Park is concerned.

When they are done, you’ll file one at a time through that tight squeeze section, then make your way back up to the top of the mesa on a final series of ladders. 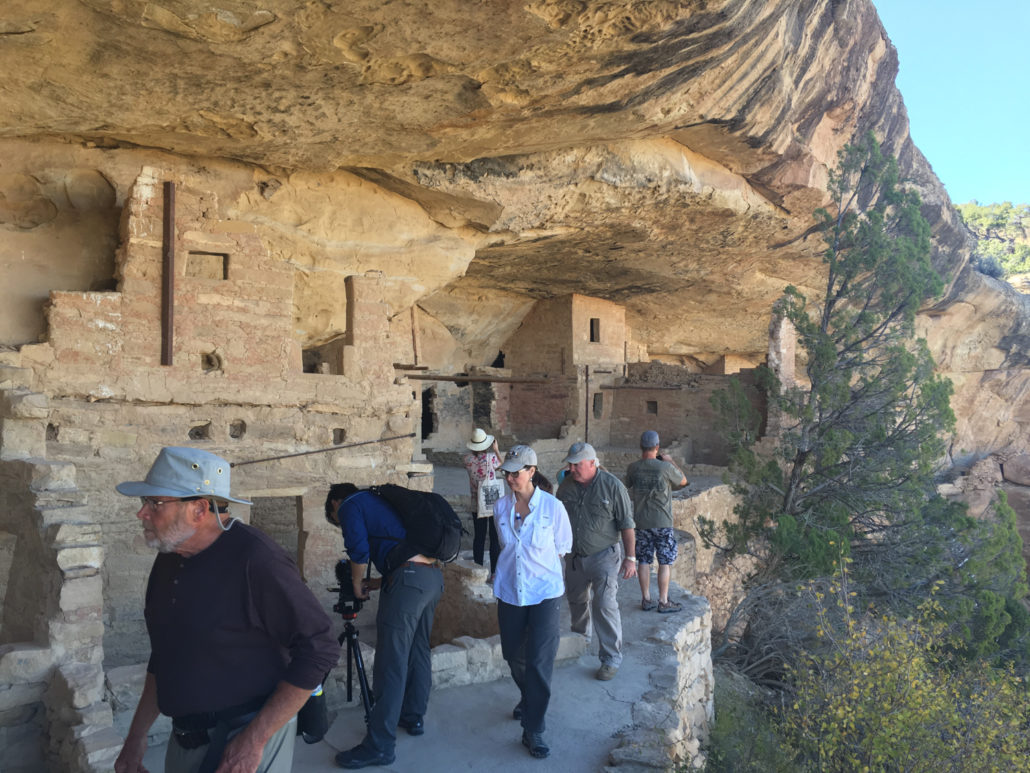 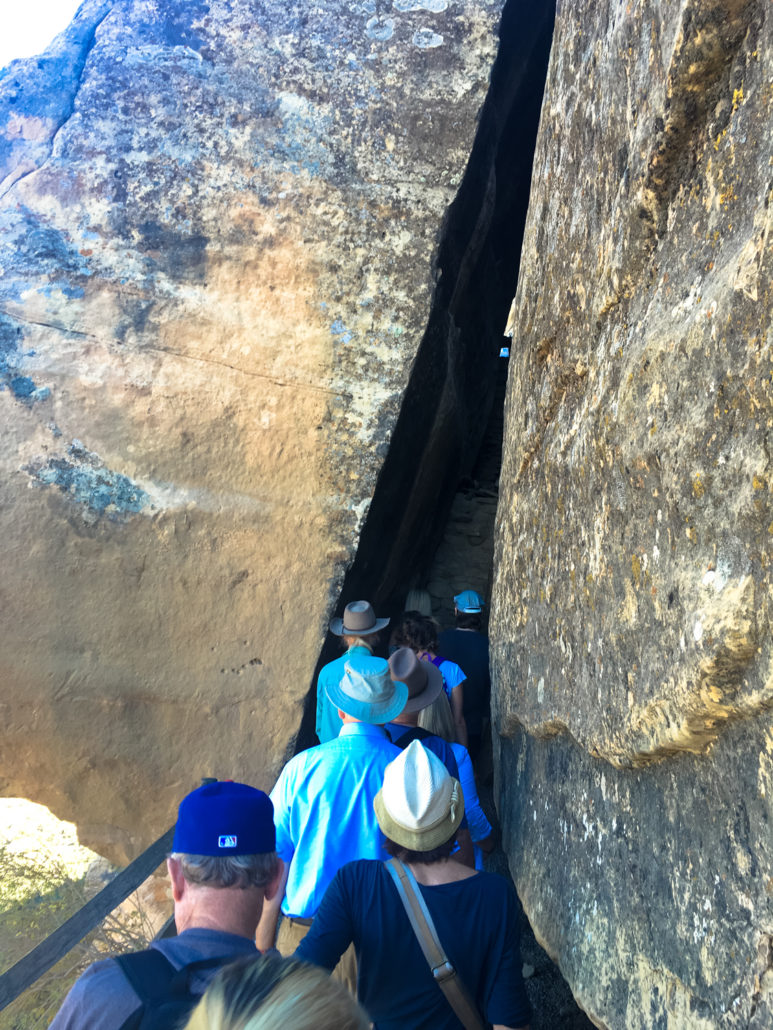 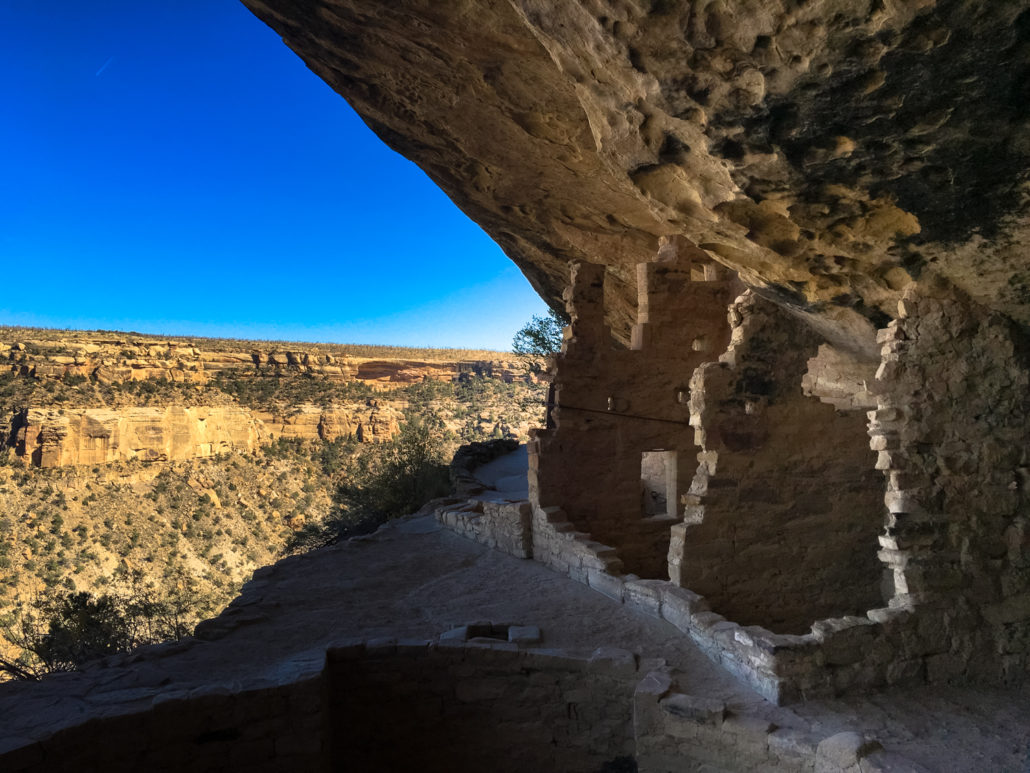 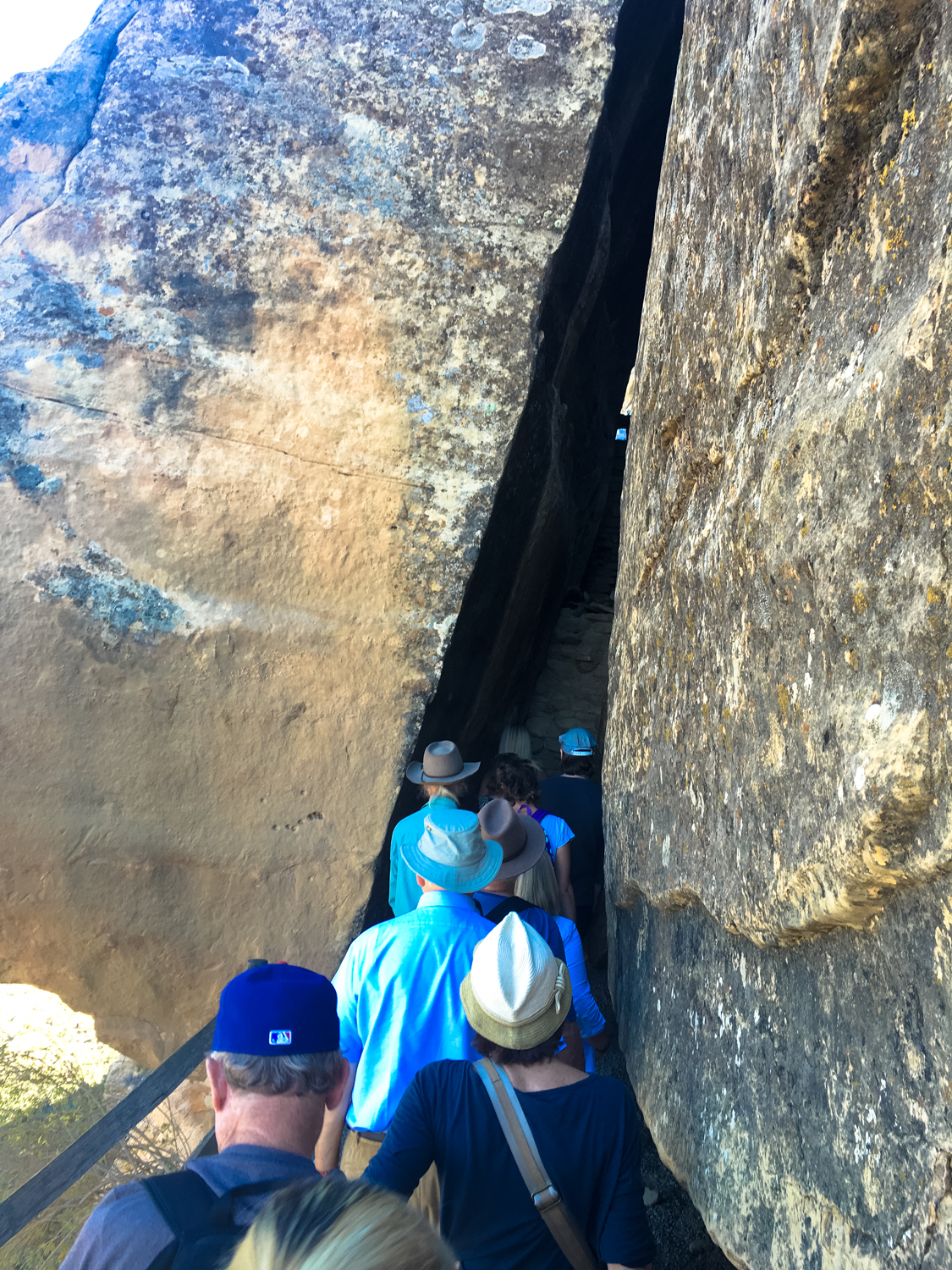 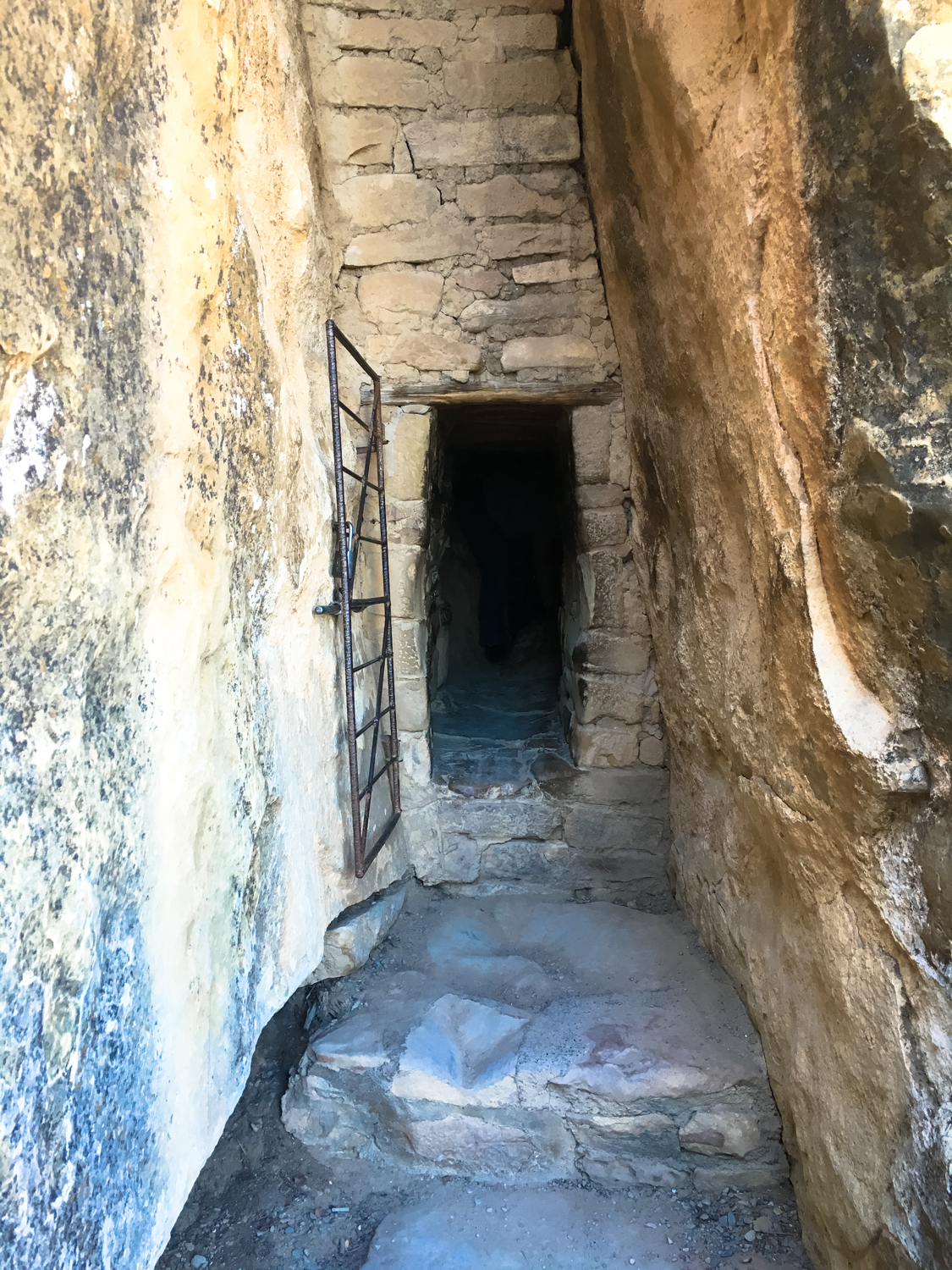 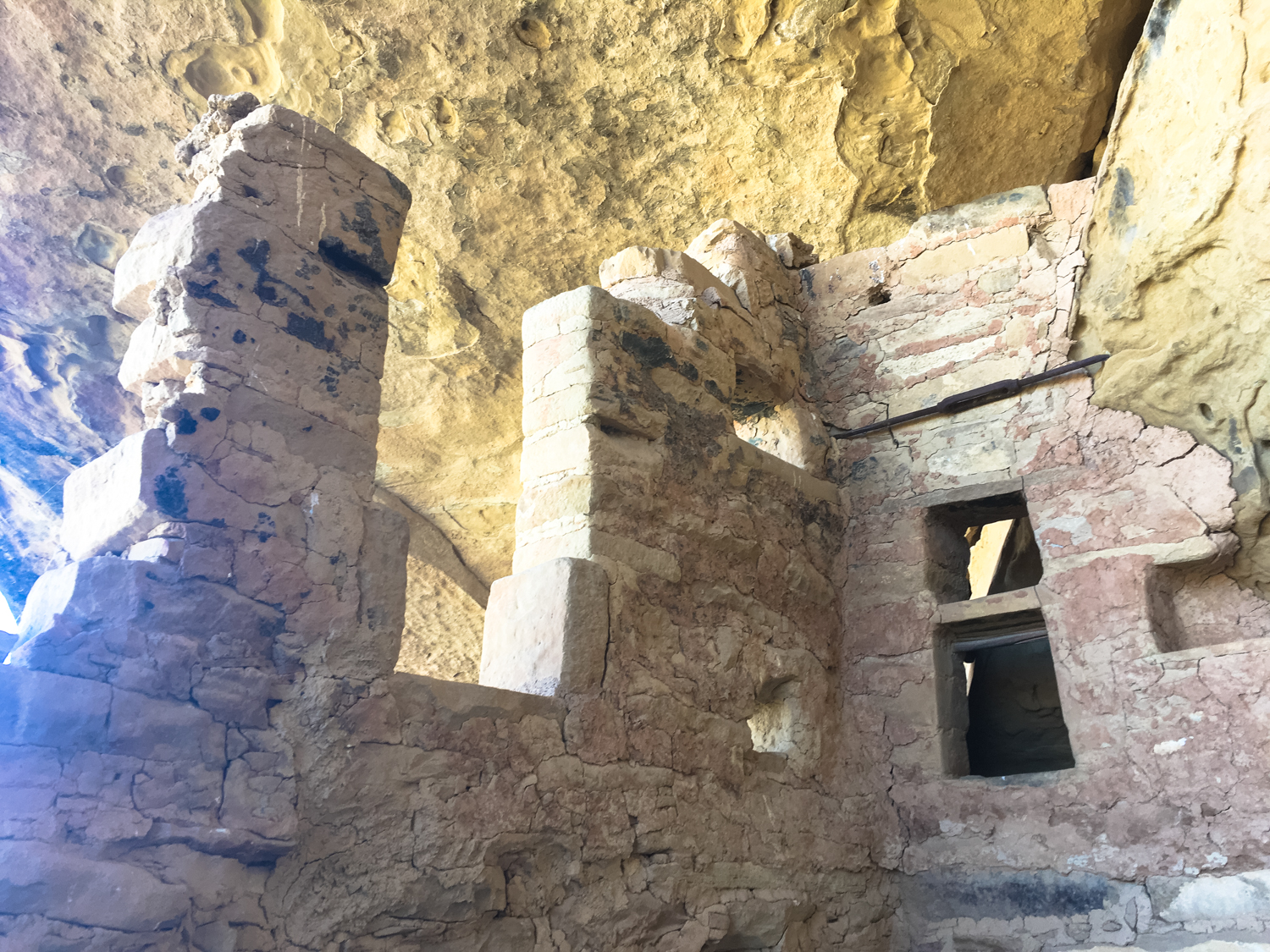 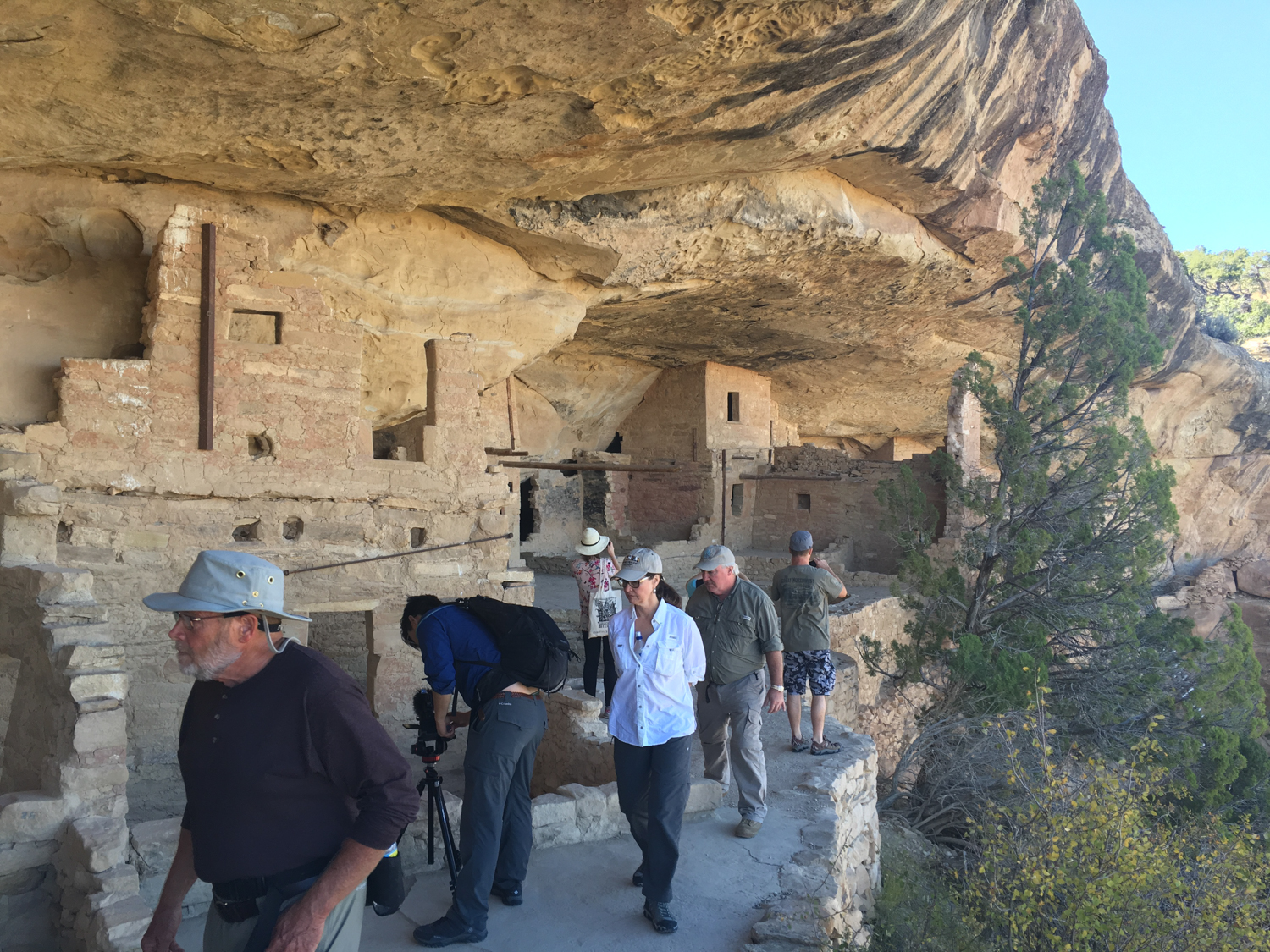 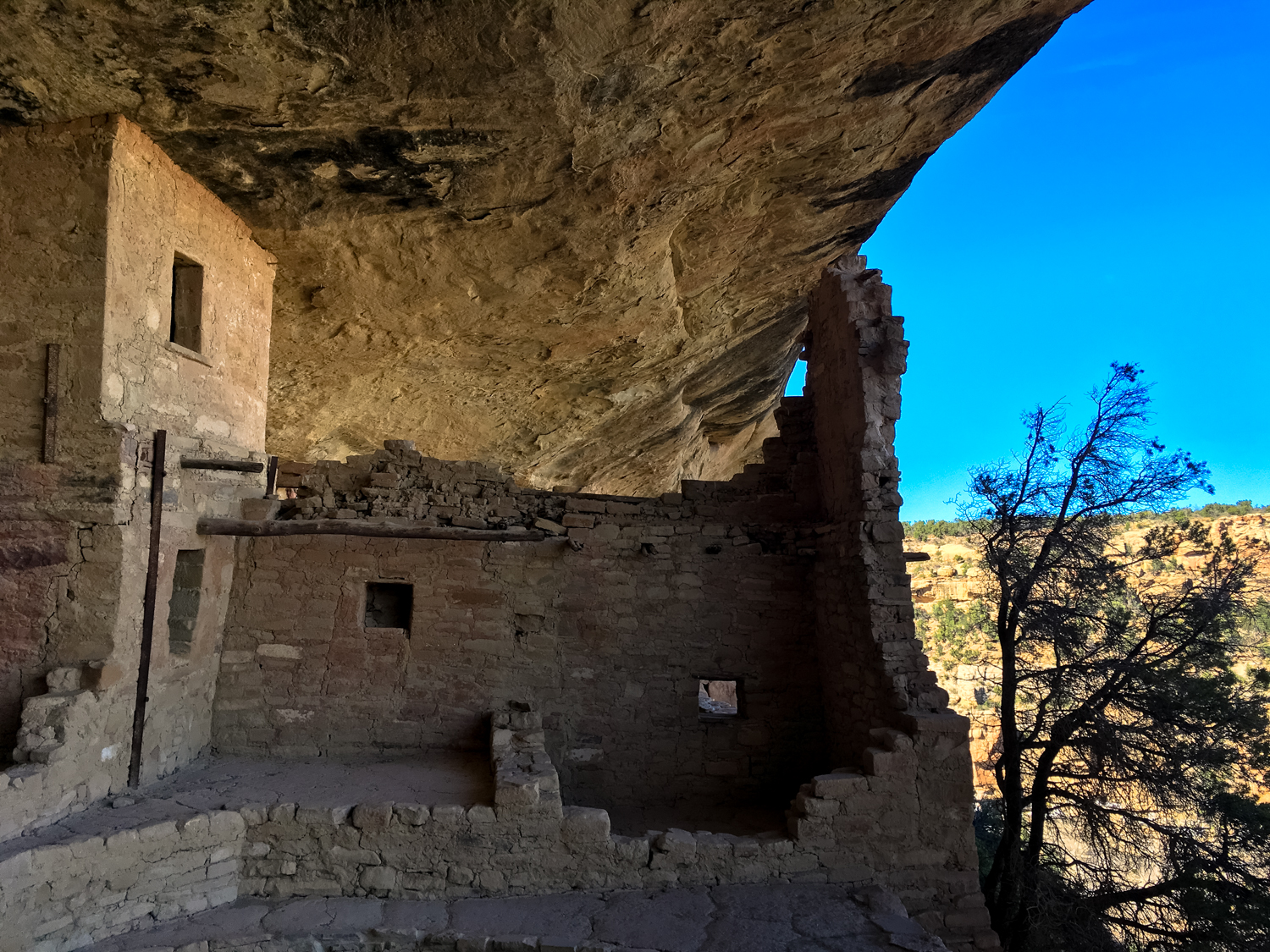 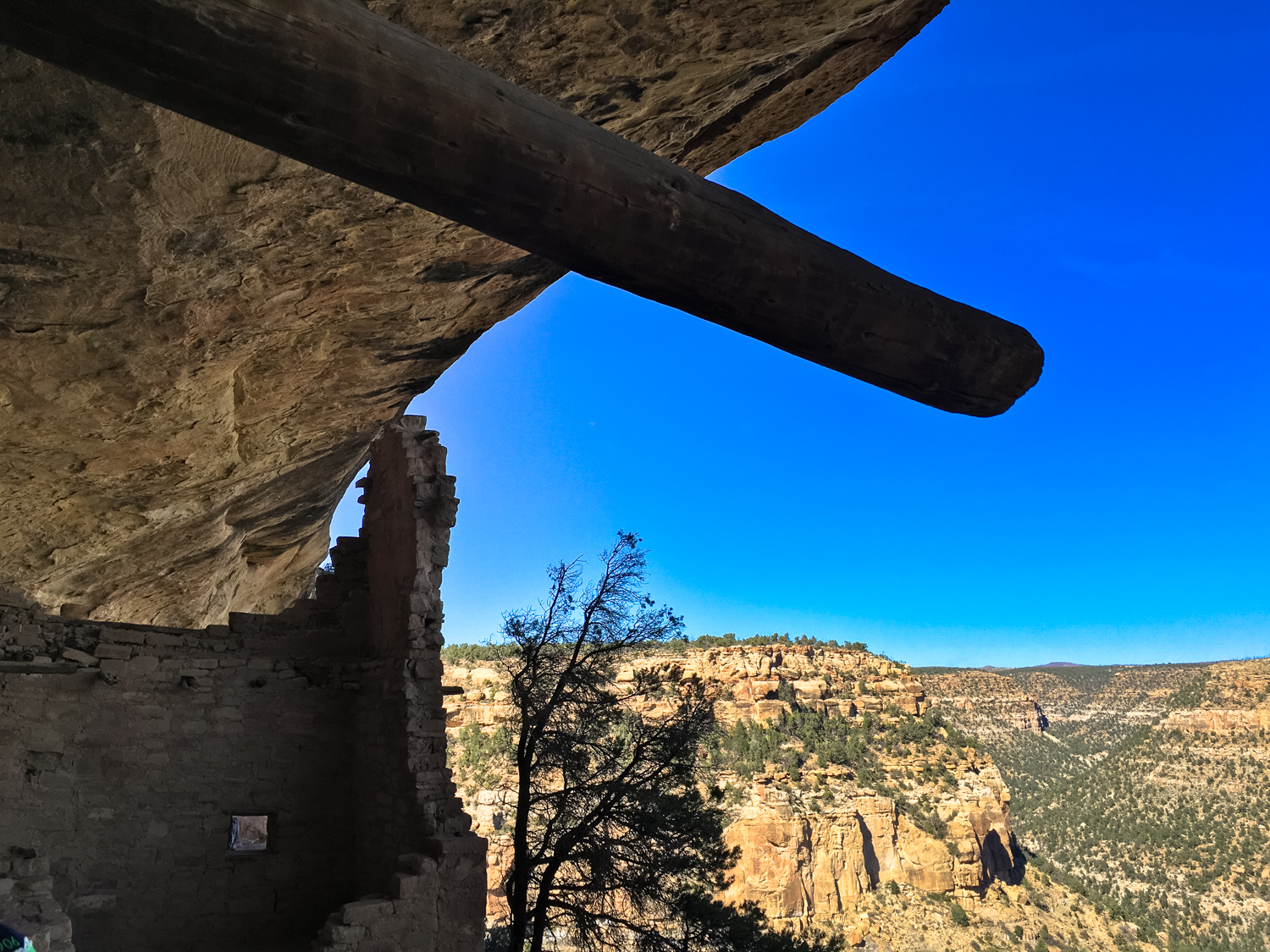 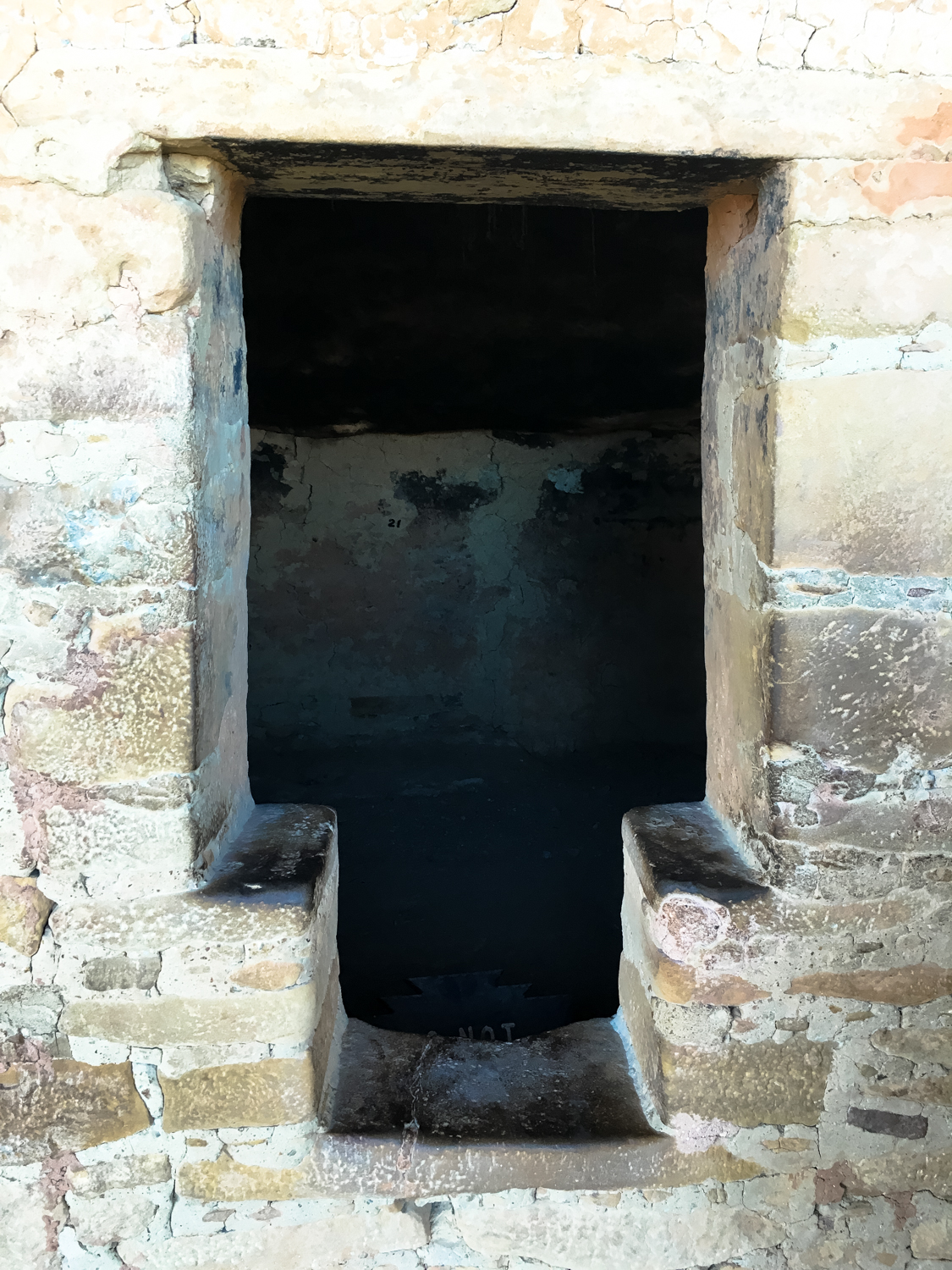 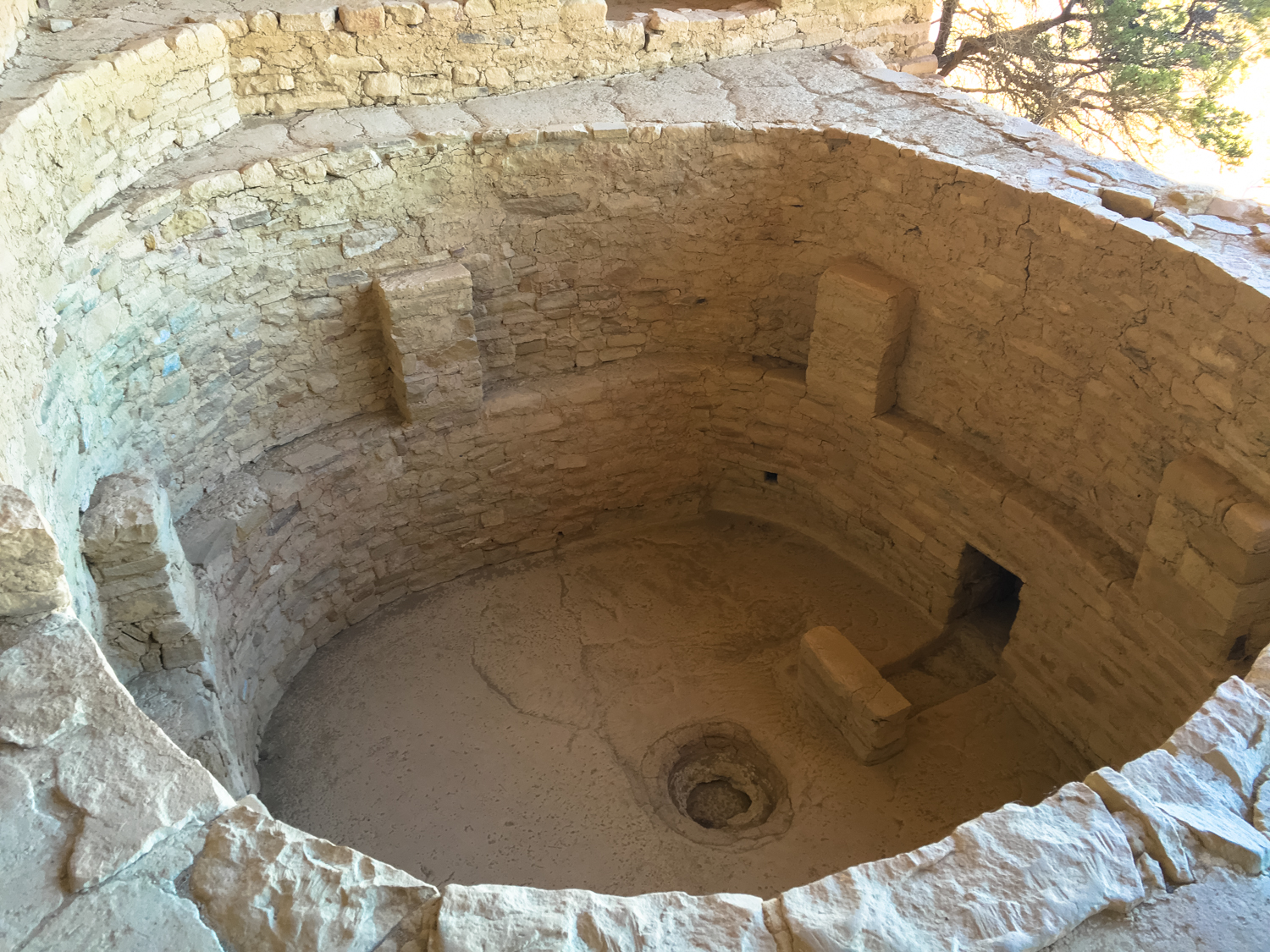 the kiva, near the center of the dwelling 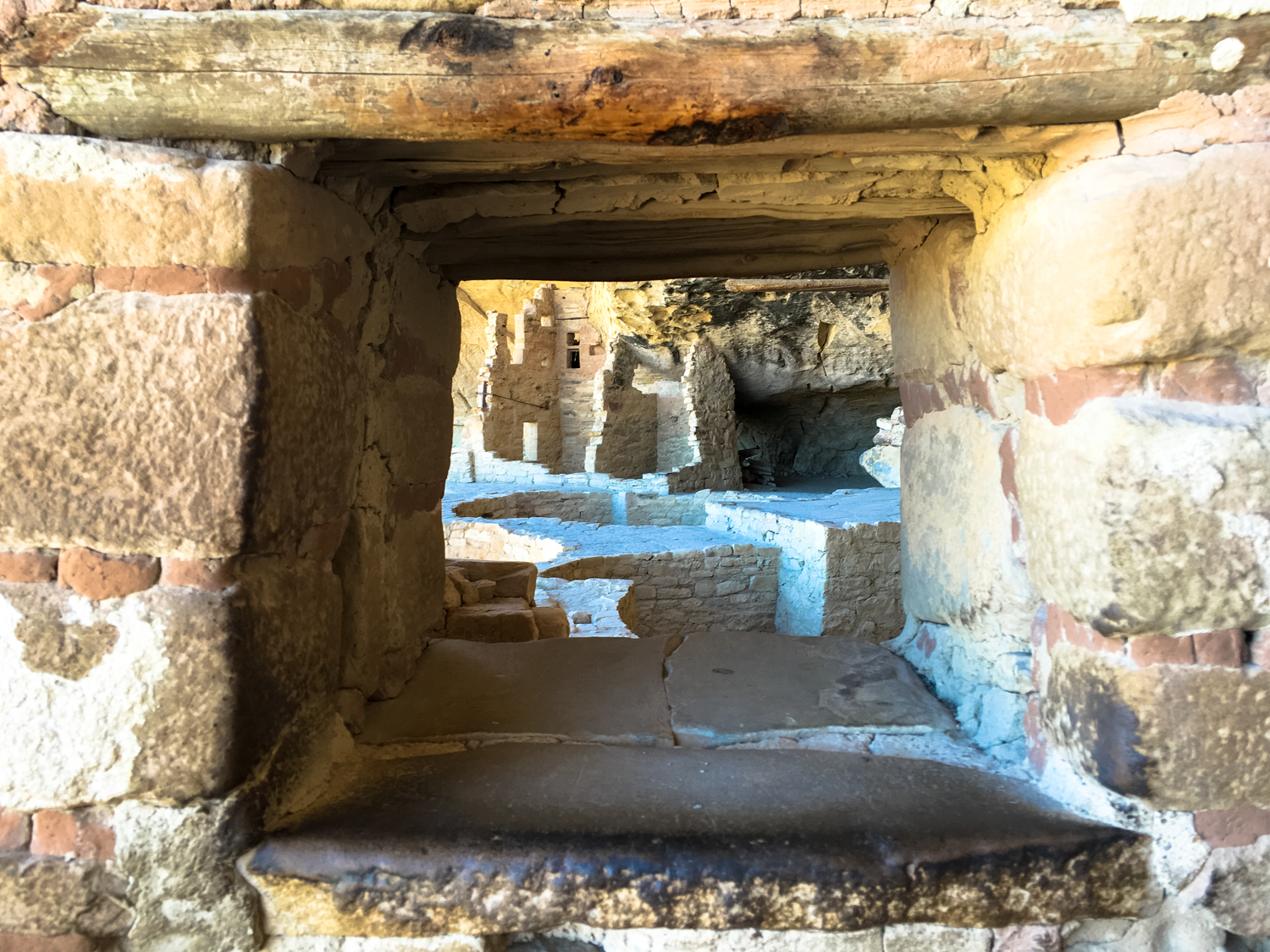 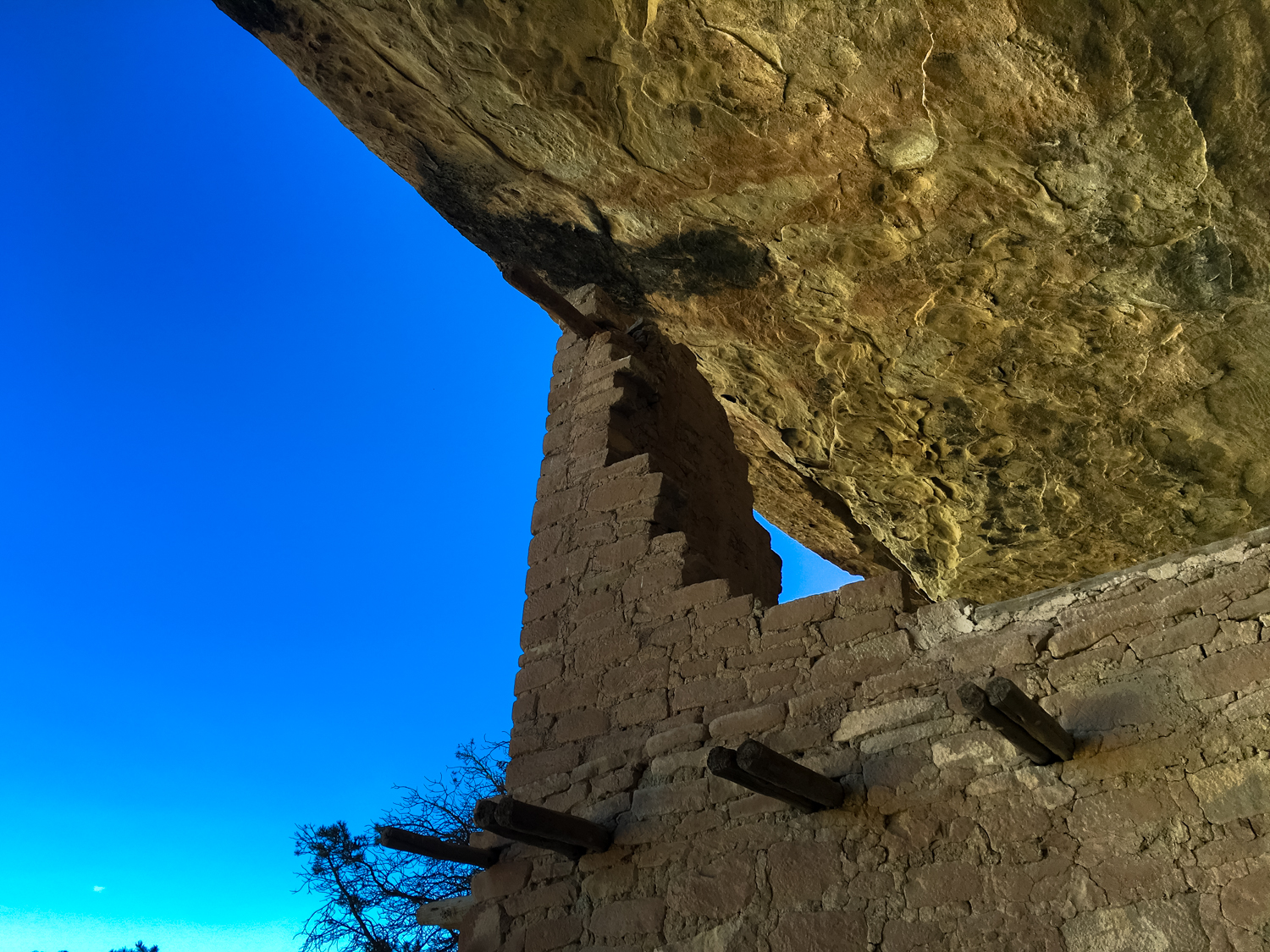 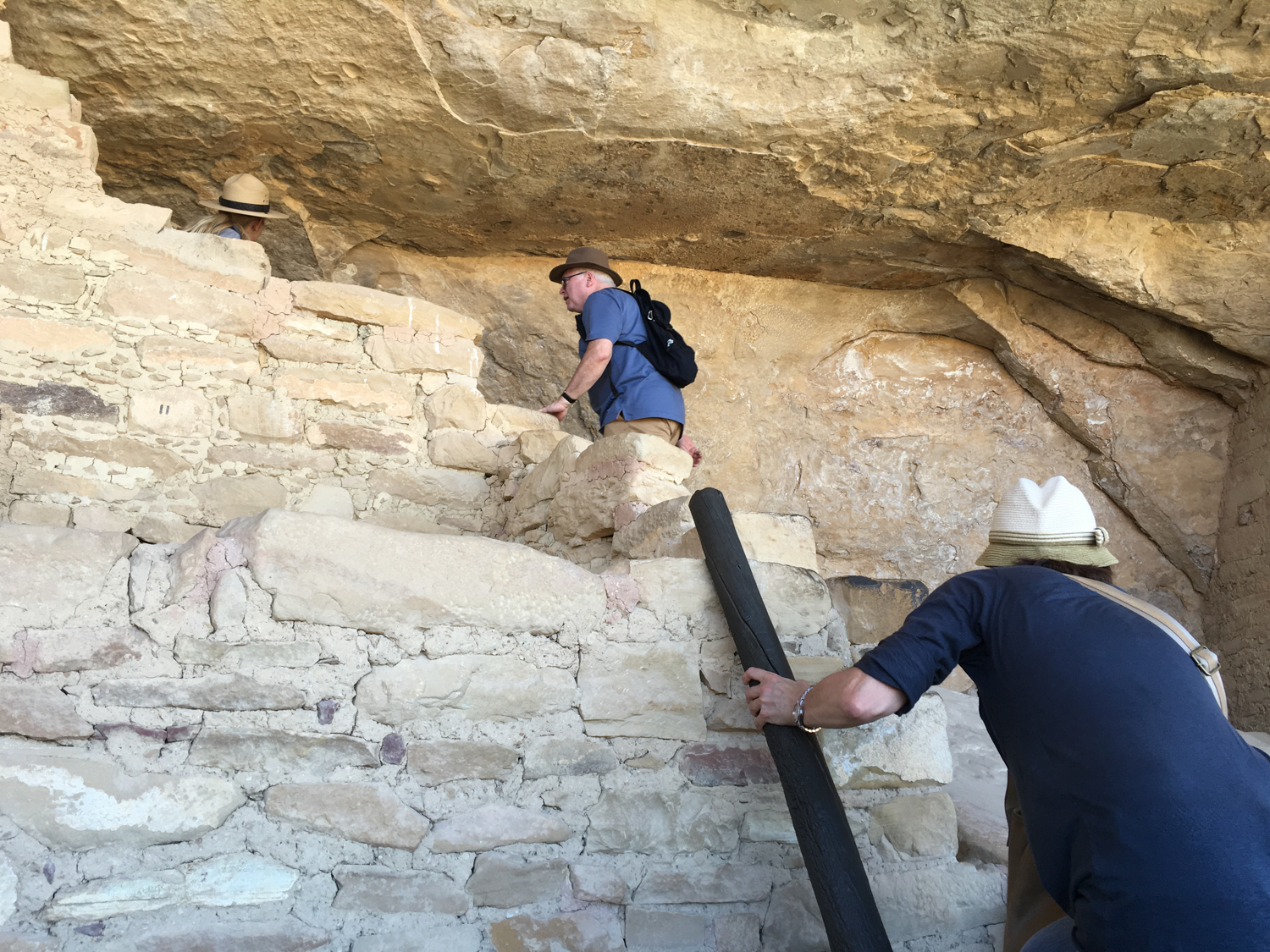 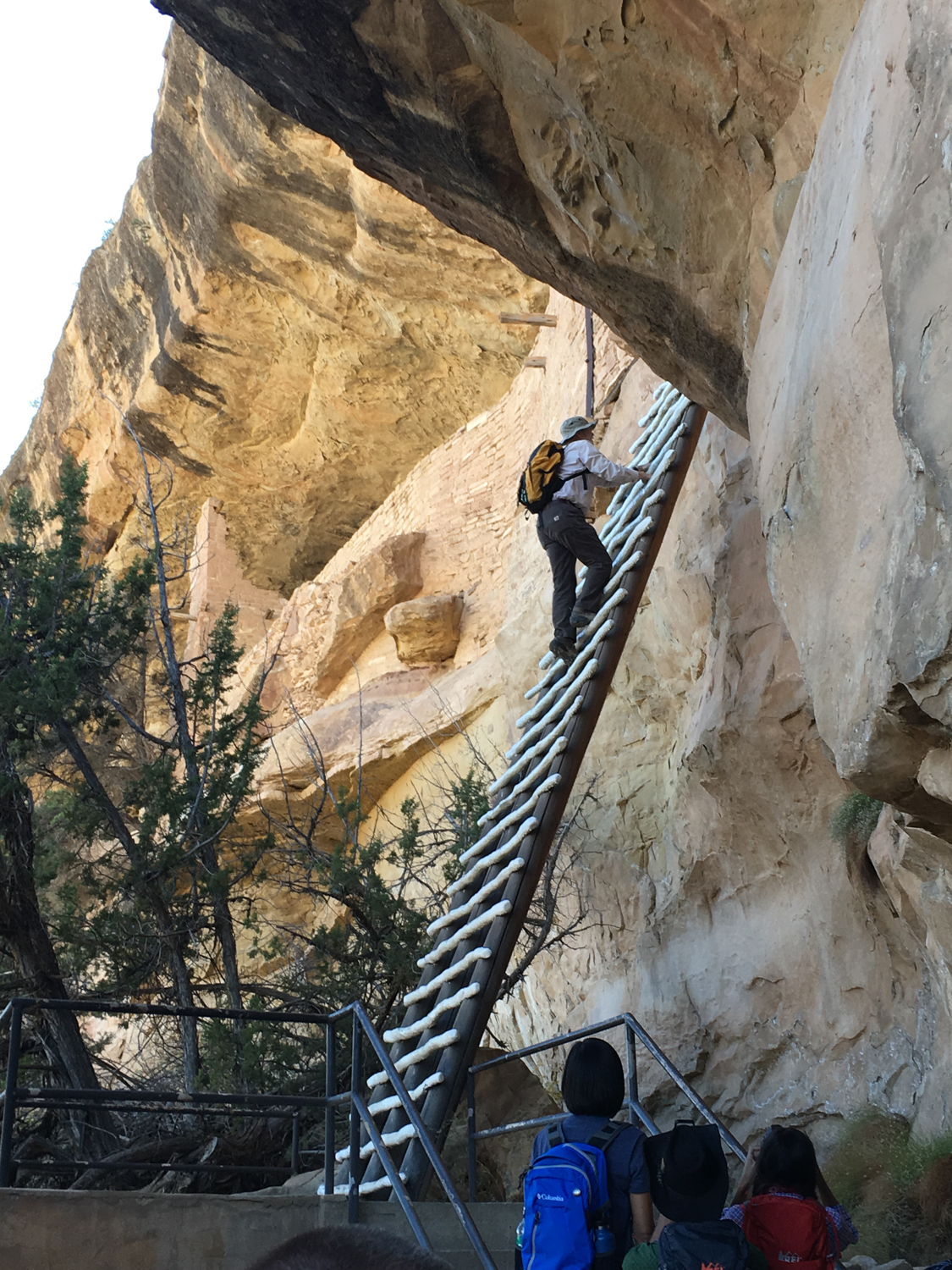 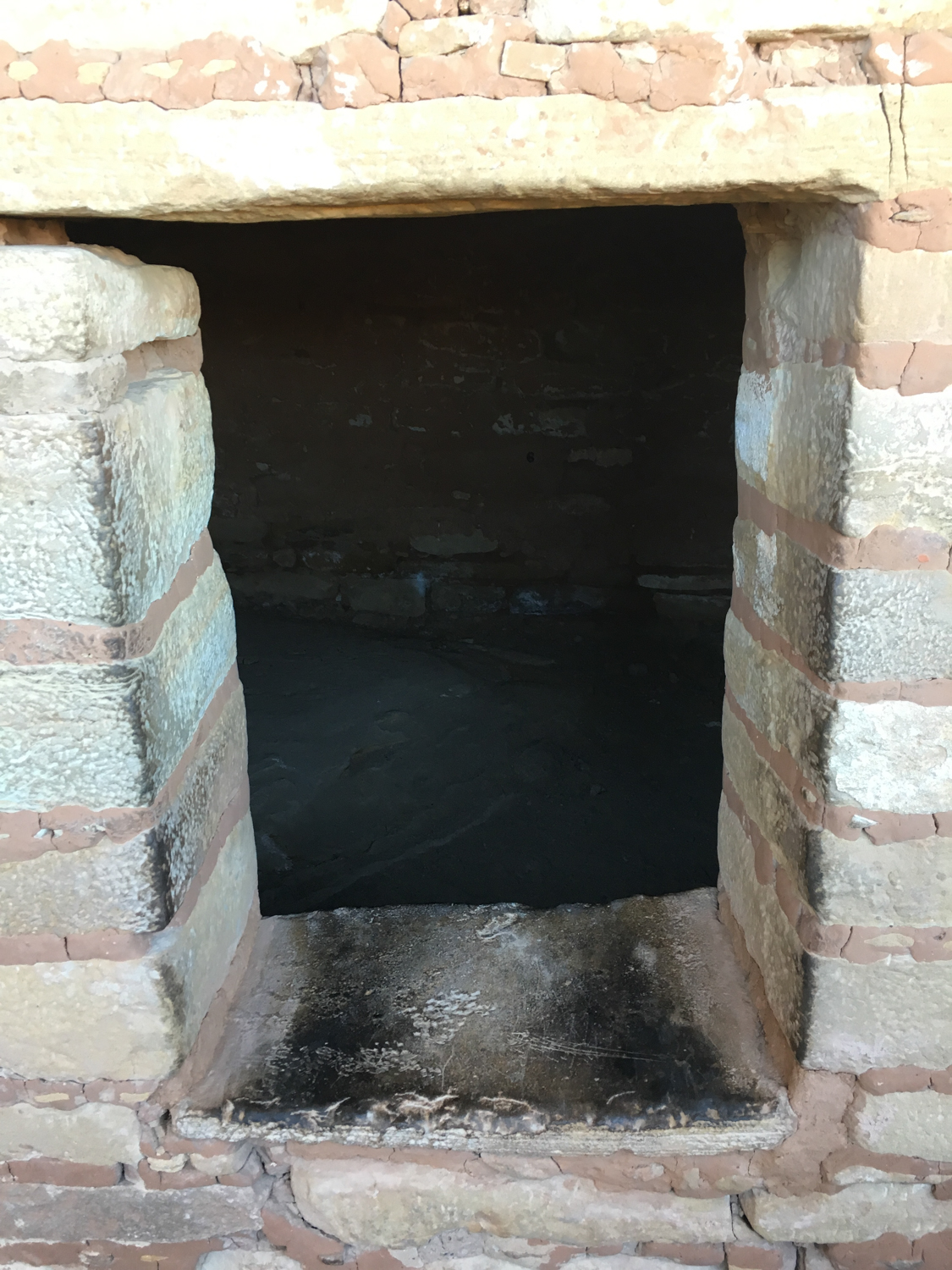 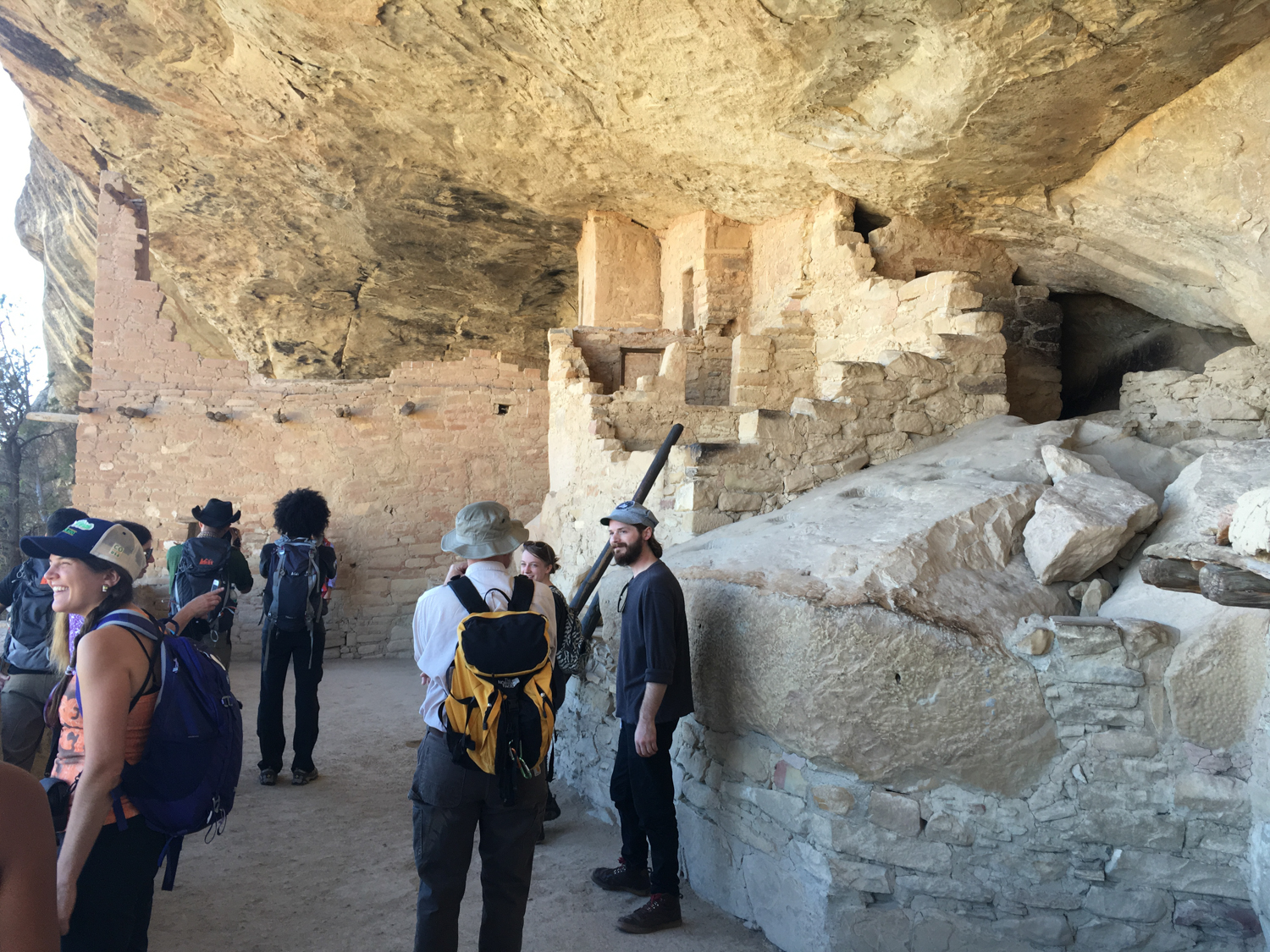 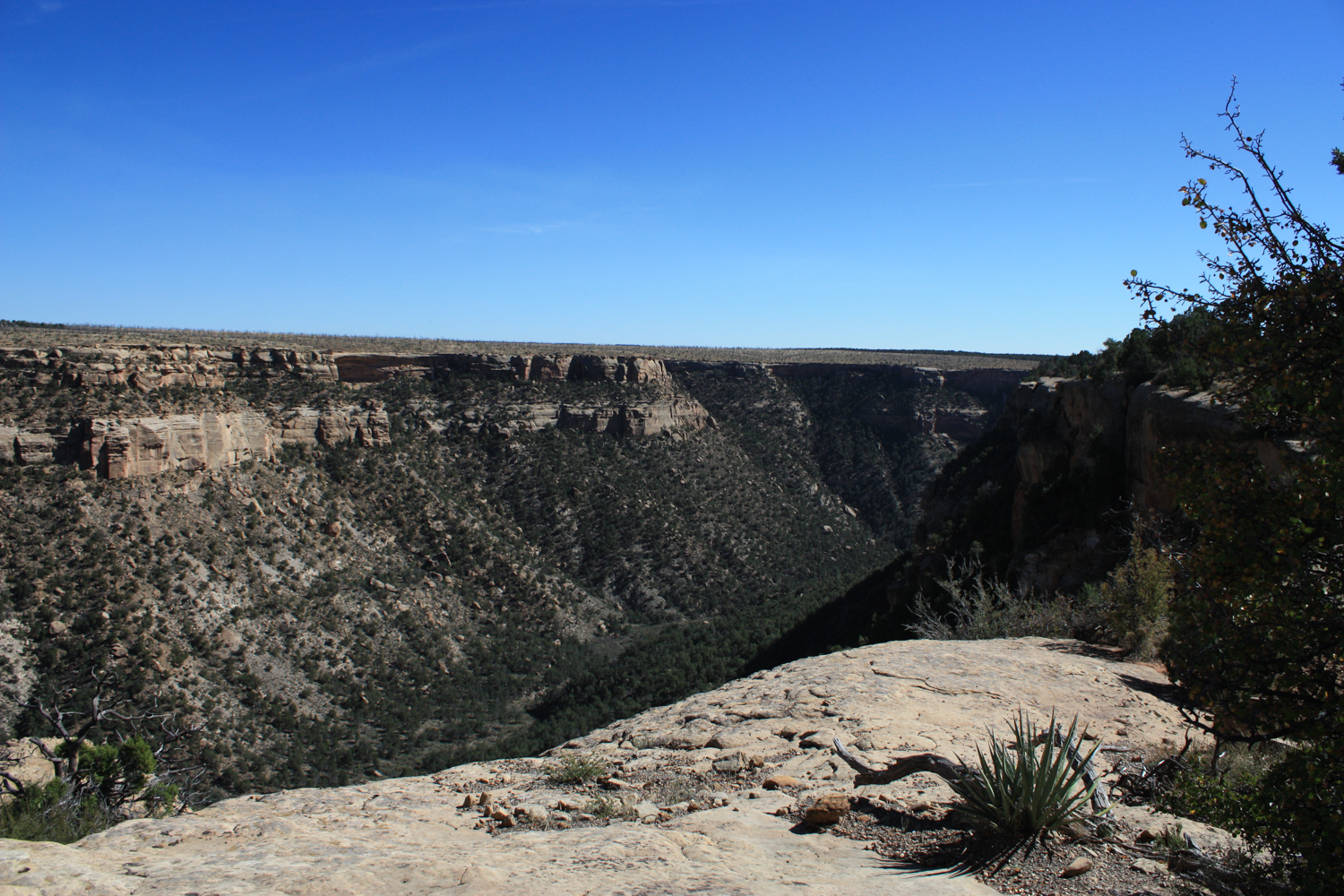 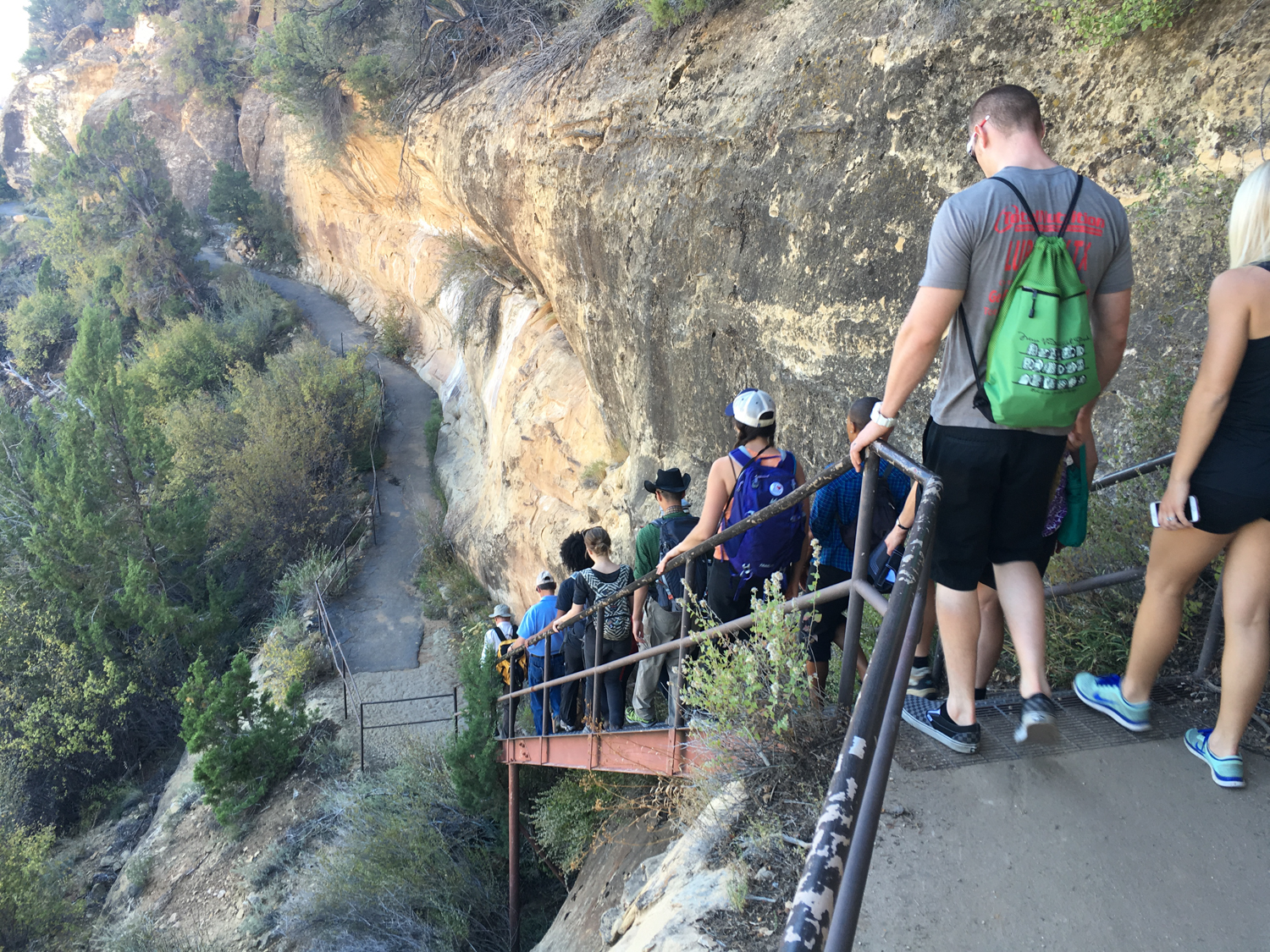 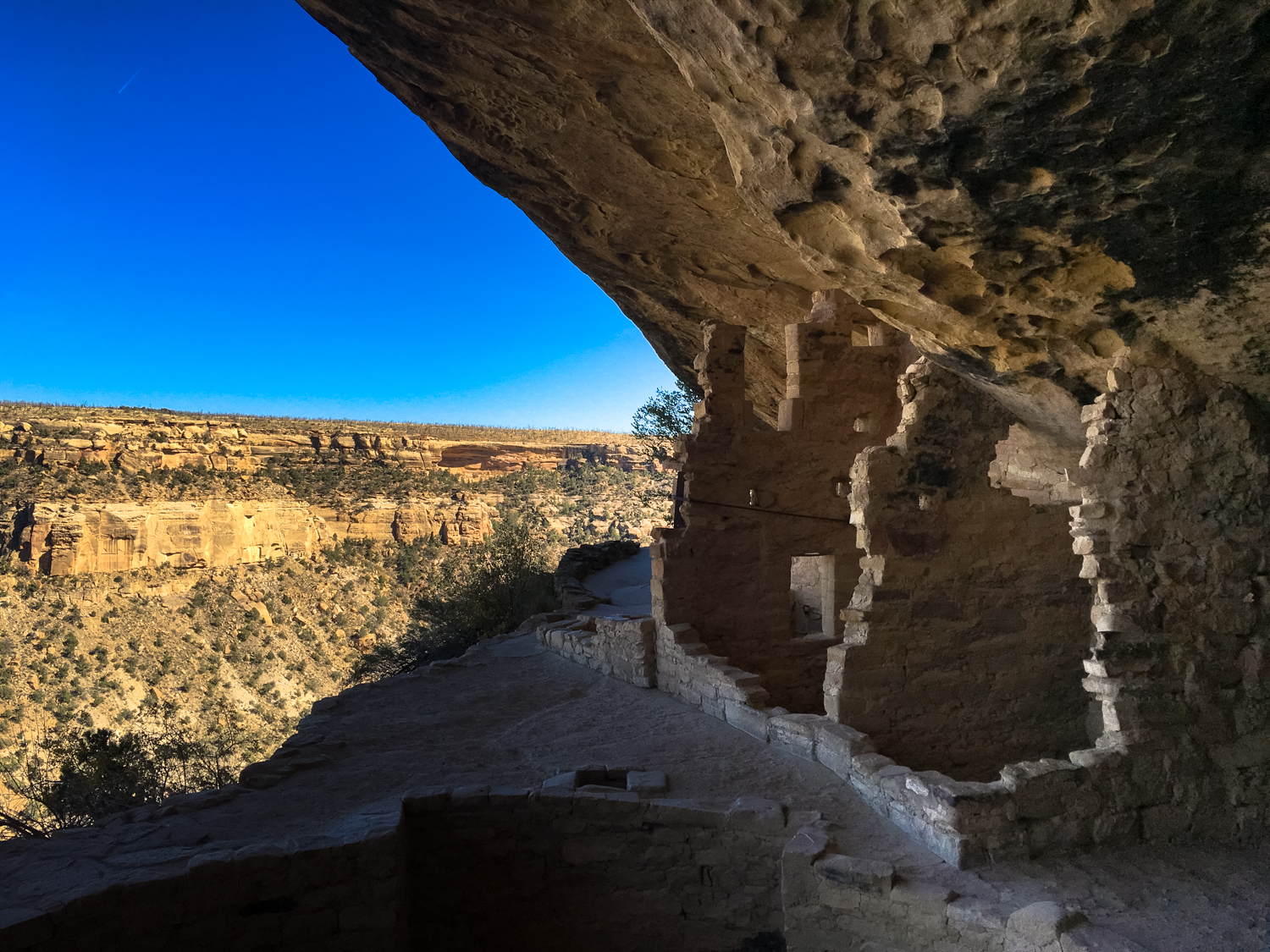 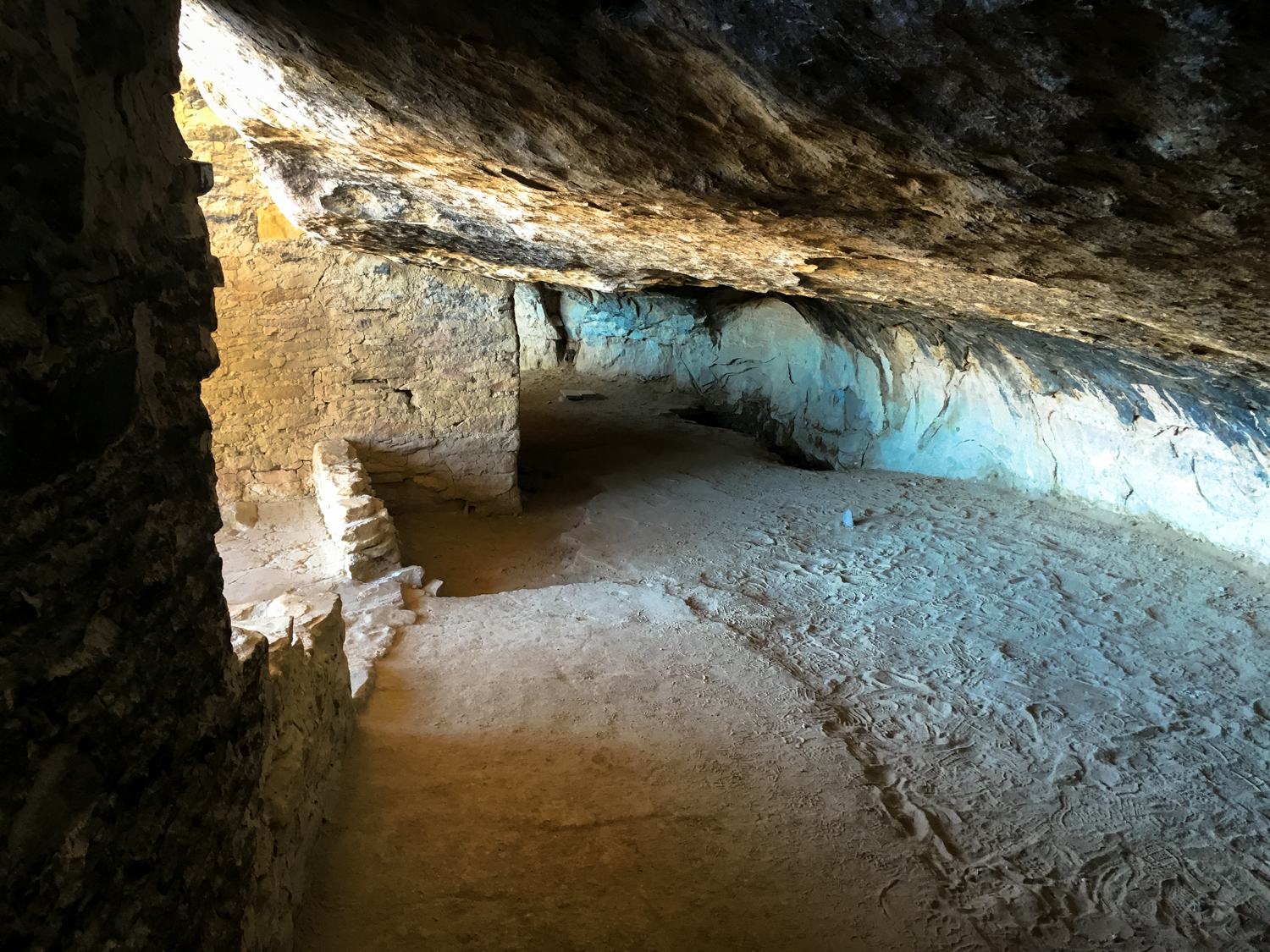 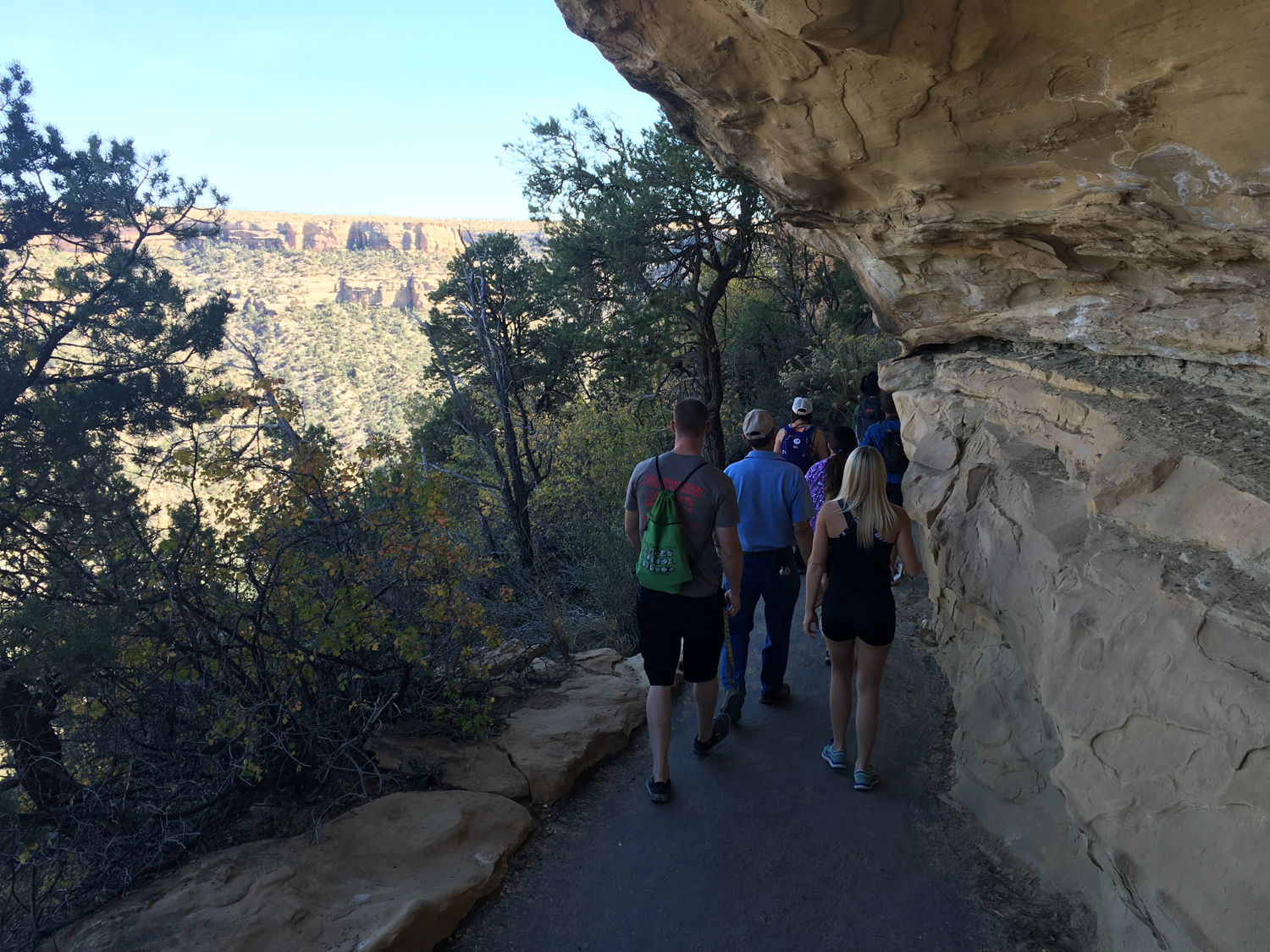 The trail is well established and well maintained, although parts have steep drop-offs. You will have to descend 100 feet on stairs; climb a 32 foot ladder; crawl through an 18-inch wide, 12-foot long tunnel; and then climb up 60 feet of ladders again. This trail is only available to hike with a ranger.

The Balcony House trailhead is near the end of Mesa Top Ruins Road inside the park. You will need to have a reservation for the guided hike, which you can purchase online or at the Mesa Verde National Park's Visitor Center.