A creative lens for outdoor, landscape, and adventure photographers

Authenticity.  It’s sort of a trendy idea right now. We see the phrase “live authentic” everywhere, on social media, used in memes, and inspirational posts. But it’s not a new concept. The artistic journey for creative people requires that we strive to find and share our unique perspectives on the world. But the struggle toward authenticity can get muddled in the process.

When I first twisted the Burnside 35mm lens onto my camera, my creativity ignited with the ring of it locking in. This manual lens puts all of the control in your hands, literally. It isn’t a “take a photo and enhance it later” kind of deal, which is why the Burnside is a lens to love. It allows you to create an image, evoke an emotion, execute an effect in the camera, right then and there… in the moment. It doesn’t get more authentic than that.

I think that most photographers can agree that the most important part of a successful photograph is getting the shot right in camera. Sure, post processing allows us to salvage shots, embellish them, and create beautiful images after the fact, but nothing is more thrilling than getting the perfect shot in the moment that caught your eye and inspired you to pick up your camera in the first place.

When I am manipulating this lens, adjusting the aperture, honing in on the subject, dialing in the vignette on the slider, it’s like I am viewing reality in a new way. I see the world through the viewfinder of the camera. Photographers will often say that they feel their cameras are an extension of their own body. When you can manipulate the world you’re viewing in real time, as you are seeing it, it is the ultimate creative experience. It’s the stuff that gets me amped up and excited. It’s the rush I feel when I hear the shutter release and know that I captured the moment in a beautiful way. 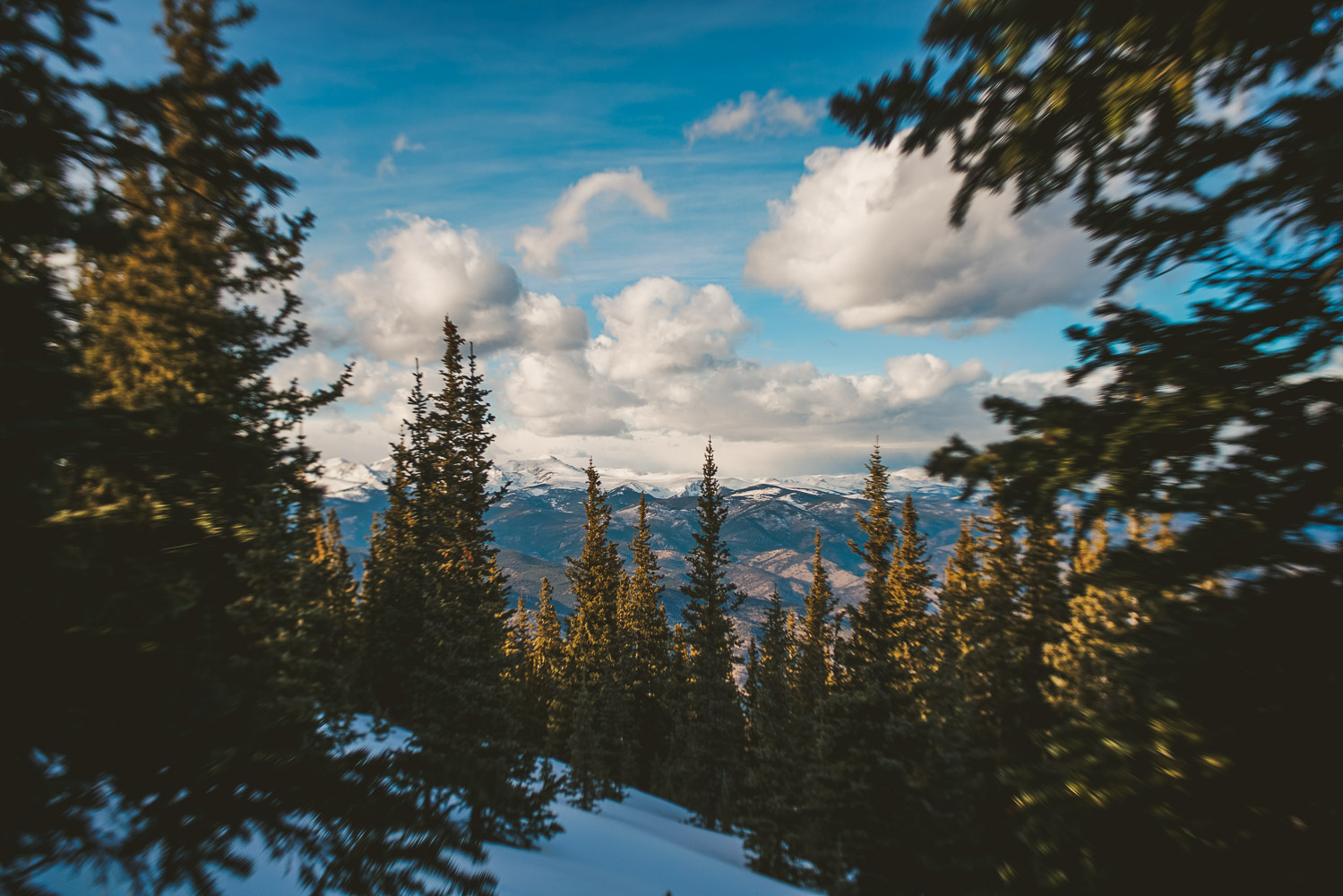 The Burnside is a 35mm f2.8 lens that packs endless creativity and possibility within it. The main feature of the lens is its ability to hone in on a subject. The lens creates a bright focus across a wide centralized area in the frame. Toward the edges you get a beautiful swirly bokeh that vignettes your subject, creating a sort of tunnel effect. This really makes the subject in the center pop.

Creative features aside, this lens is one of the sharpest lenses I’ve used. The color variation it captures, the depth and dimension it harnesses, its speed, these are enough reasons to make this lens a must have. When you add on the the effect slider, which essentially functions as a second aperture, it ups the cameras capabilities to create real visual magic.

The lens operates off its 6 blade internal aperture, which you control manually by twisting the dial on the exterior of the lens. The wider you go, the more bokeh you get. Guide your fingers just beyond and you have a secondary 8 blade aperture, the effect slider. This changes the amount of mesmerizing swirl in the bokeh. The secondary aperture gives you control over the amount of vignette on the edges and in turn, the amount of brightness in the center focus of the frame. This added feature gives you just a bit more control over the shot you are creating by allowing you to mediate and harmonize the level of effect you’re getting, creating a more balanced shot.

The gold toggle allows you to create a heavy or subtle effect as needed. Basically, the lens can be whatever you need it to be. A 35mm lens is a classic focal length to have on hand. It’s just about the closest length to what the human eye sees. This length is versatile and can operate in just about any situation with it’s normal to wide perspective.

I am primarily an outdoor, landscape, and lifestyle photographer. I currently shoot with a Sony a7rII. Most of my experience with the Burnside is in unpredictable lighting and environmental scenarios. Although the all metal body of the lens adds some weight to my pack, compared to the 24-70mm I’m usually lugging around, it is a weight lifted for me. This all metal build also factors into the durability of the lens in outdoor scenarios. It’s heavy duty. 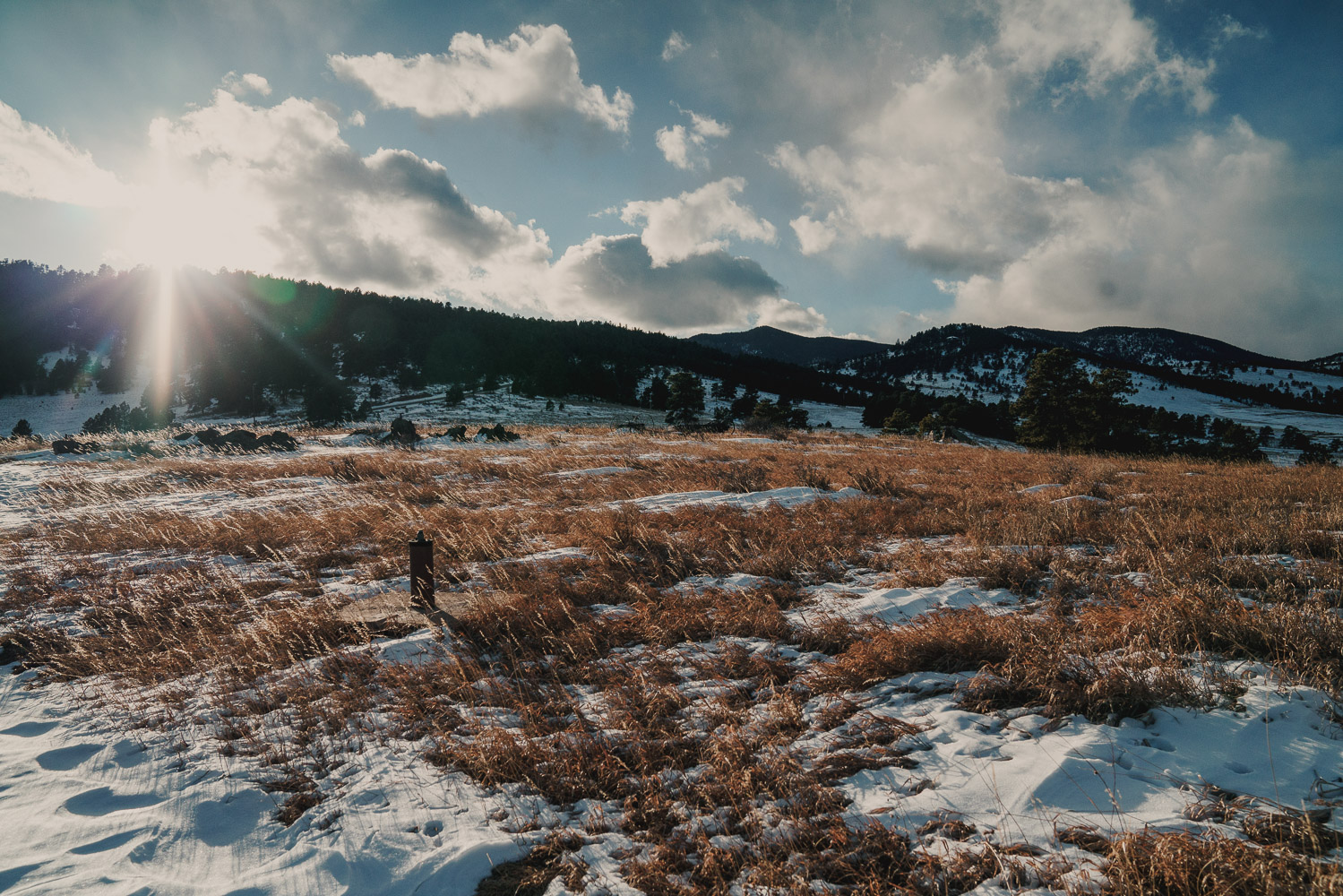 My first test with the lens was on a frigid windy day in Colorado. I had an idea of what I wanted to do with it, so I took my friend and her dog out into the hills for a little hike. We hiked around in the snow with the dog and I let the lens get to work. Right off the bat, I knew I was going to get some awesome and unique shots. I had already played around with it some in my backyard and around the house, just to familiarize myself with how it operates. So when I went out hiking, I already knew what I wanted, and it performed exactly as I had planned. 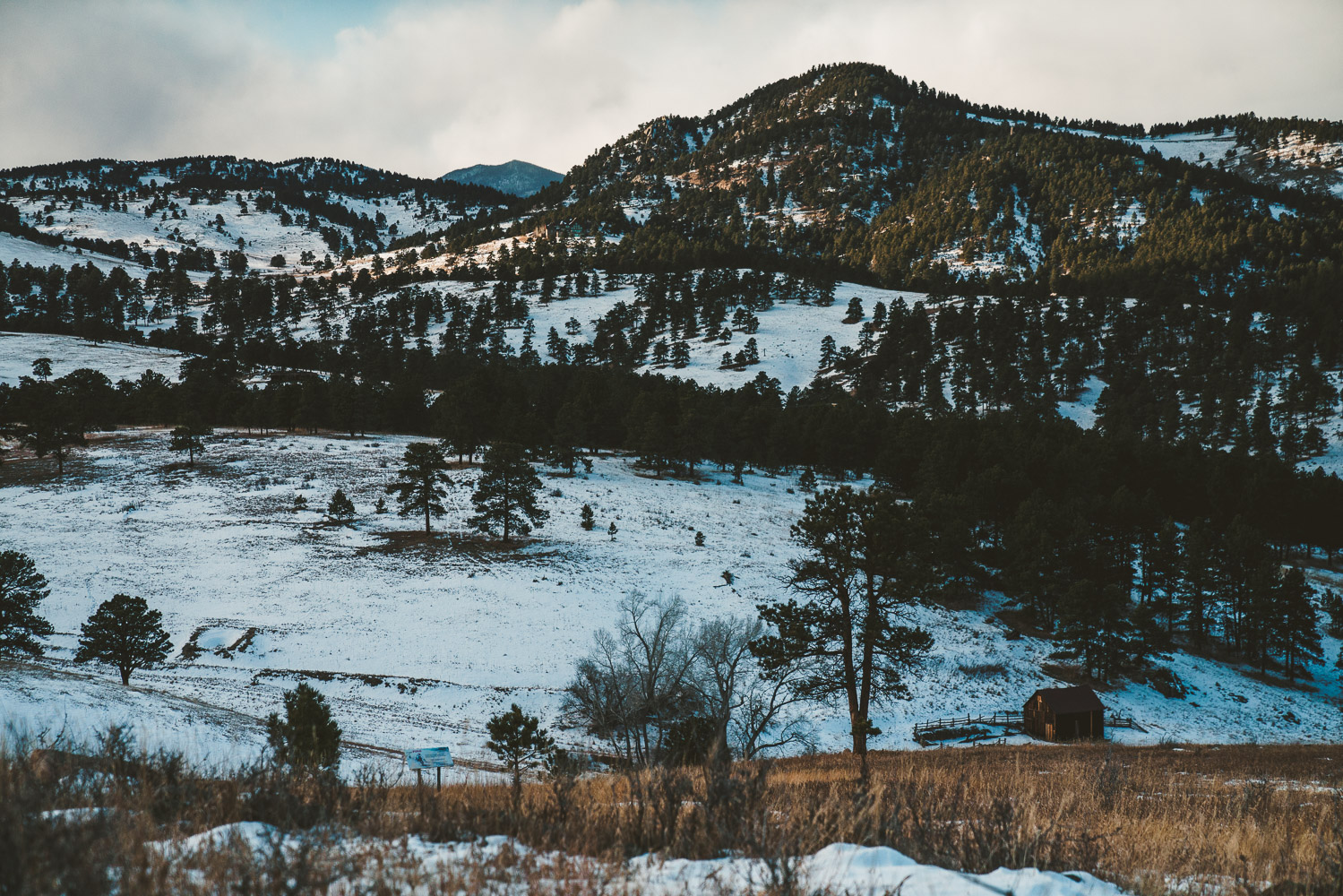 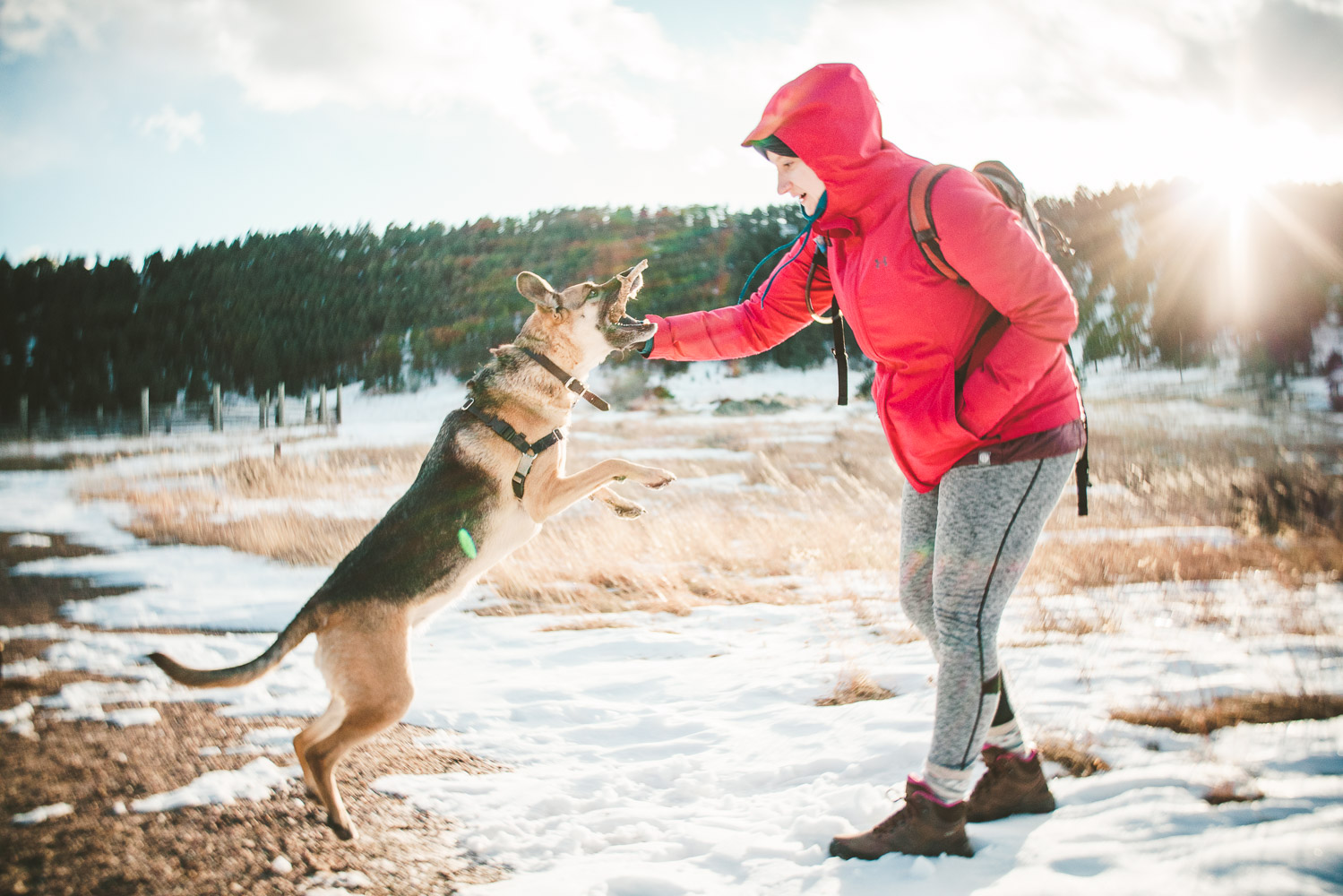 I focused mostly on the dog and my friend for this shoot, honing in on them as subjects, distorting the landscape behind them, creating a whimsical backdrop for the subjects to pop. I was amazed at how the bokeh and swirl played off of the textures and shapes of nature. When I shot directly into the sun, it rendered the tall grass and wispy brush into beautiful long lines, almost like it was emulating the environment, which was windy. It captured and evoked the movement in the setting and translated that into the photo. 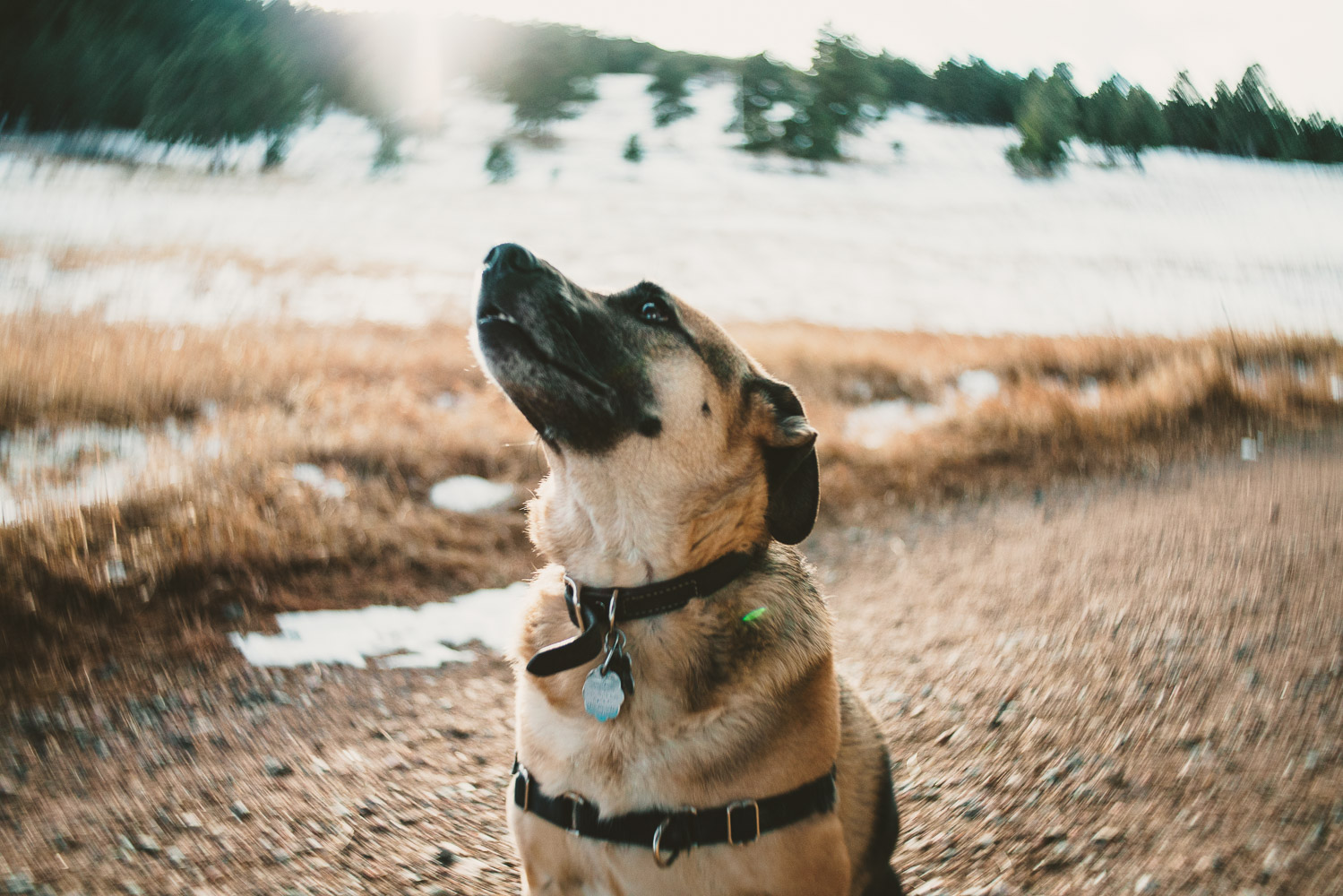 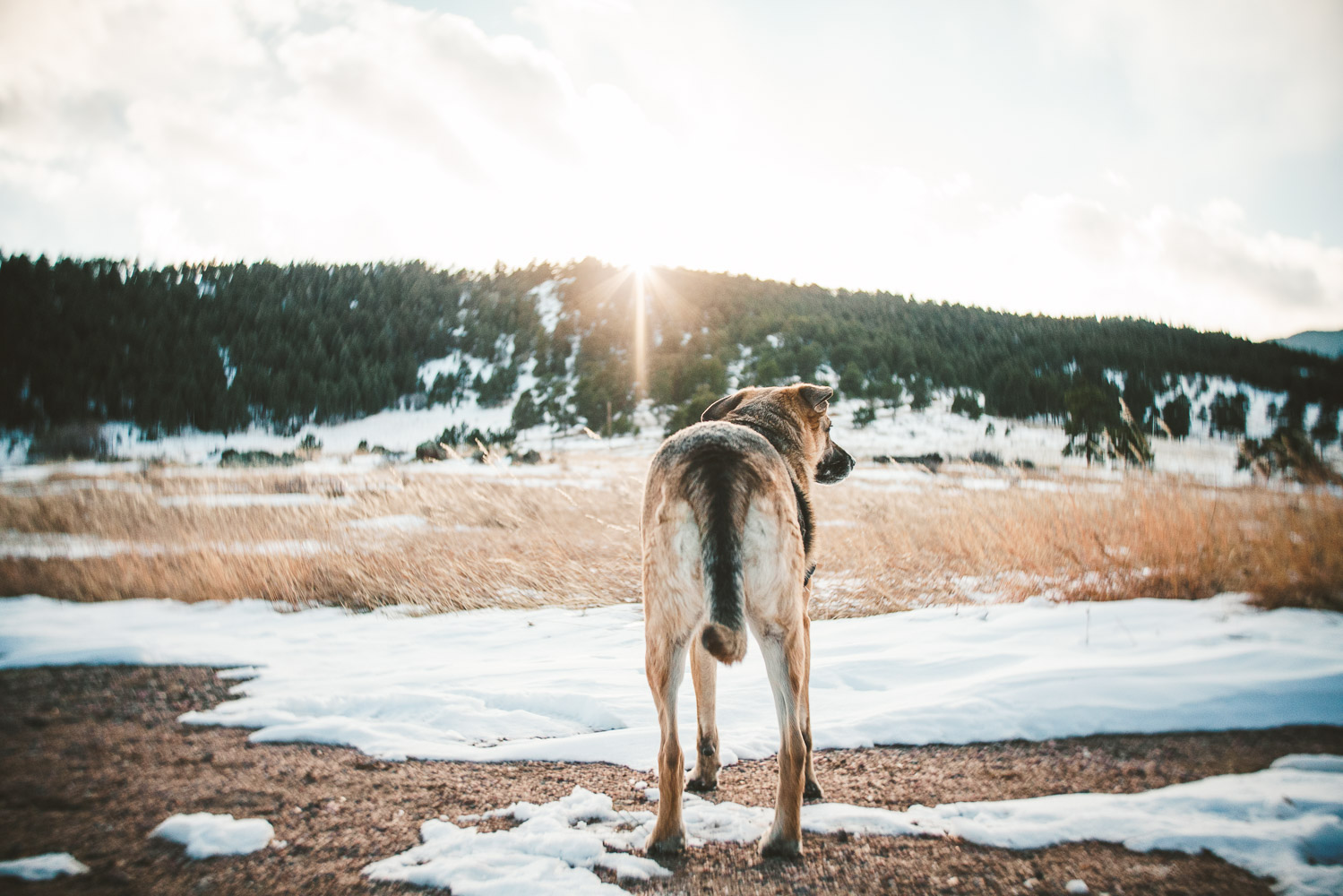 The next time I took it out, I decided I wanted to focus primarily on landscape and scenery. Again, this was a blistery cold and windy day, but I was determined to hike to the top of Chief Mountain, which sits right at tree-line for the golden hour. 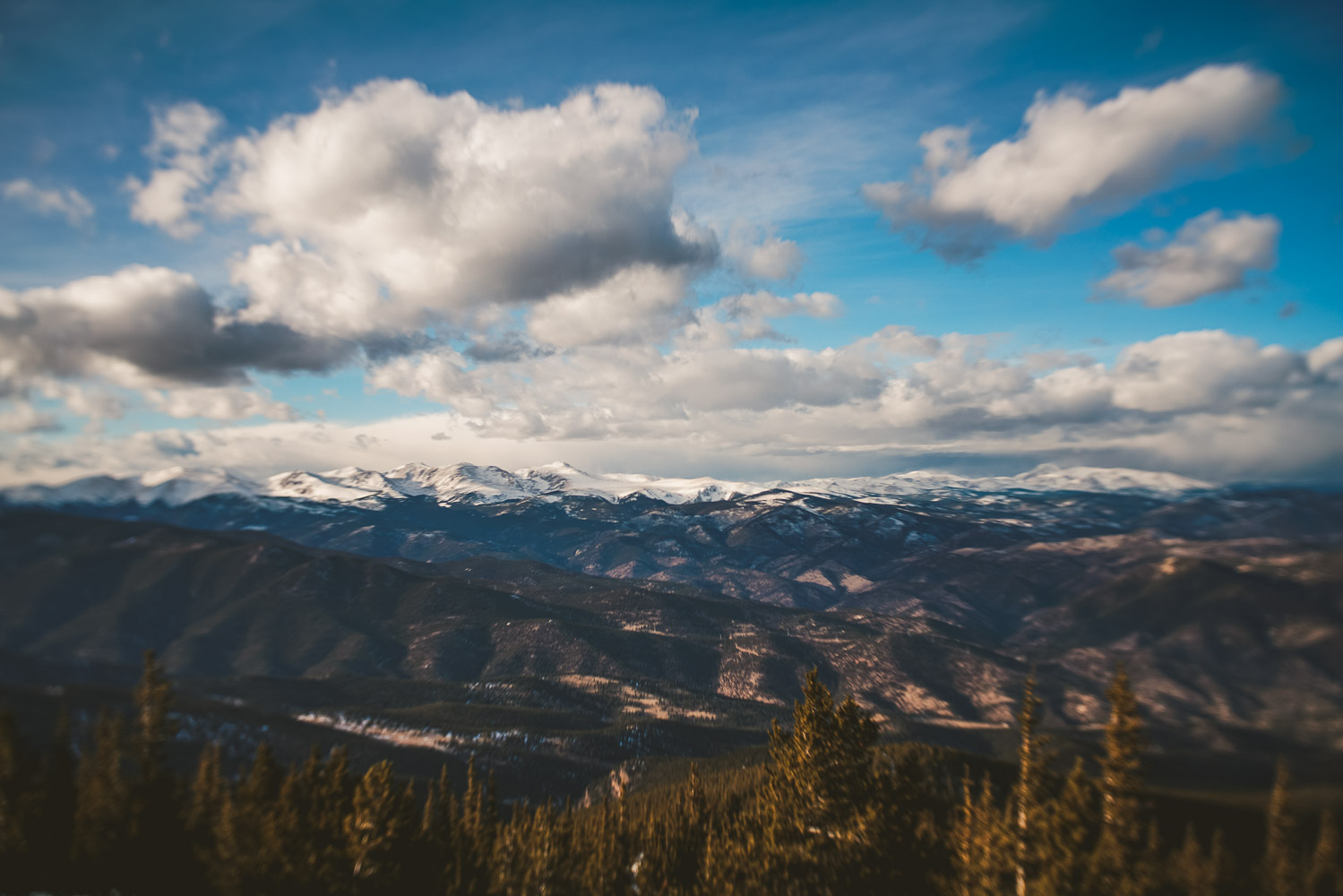 Typically when shooting portraits of people or animals, a wider aperture is preferred. When I’m shooting landscapes, often times the goal is to make the entire photo crisp and clear, to see the details of every peak and tree in the scene. So I played around with wide and narrow apertures. The crystal clarity of the lens when shooting at something like f11 is outstanding, and when I opened it up to an aperture like f4, the way it played with the golden light of the afternoon was simply beautiful. 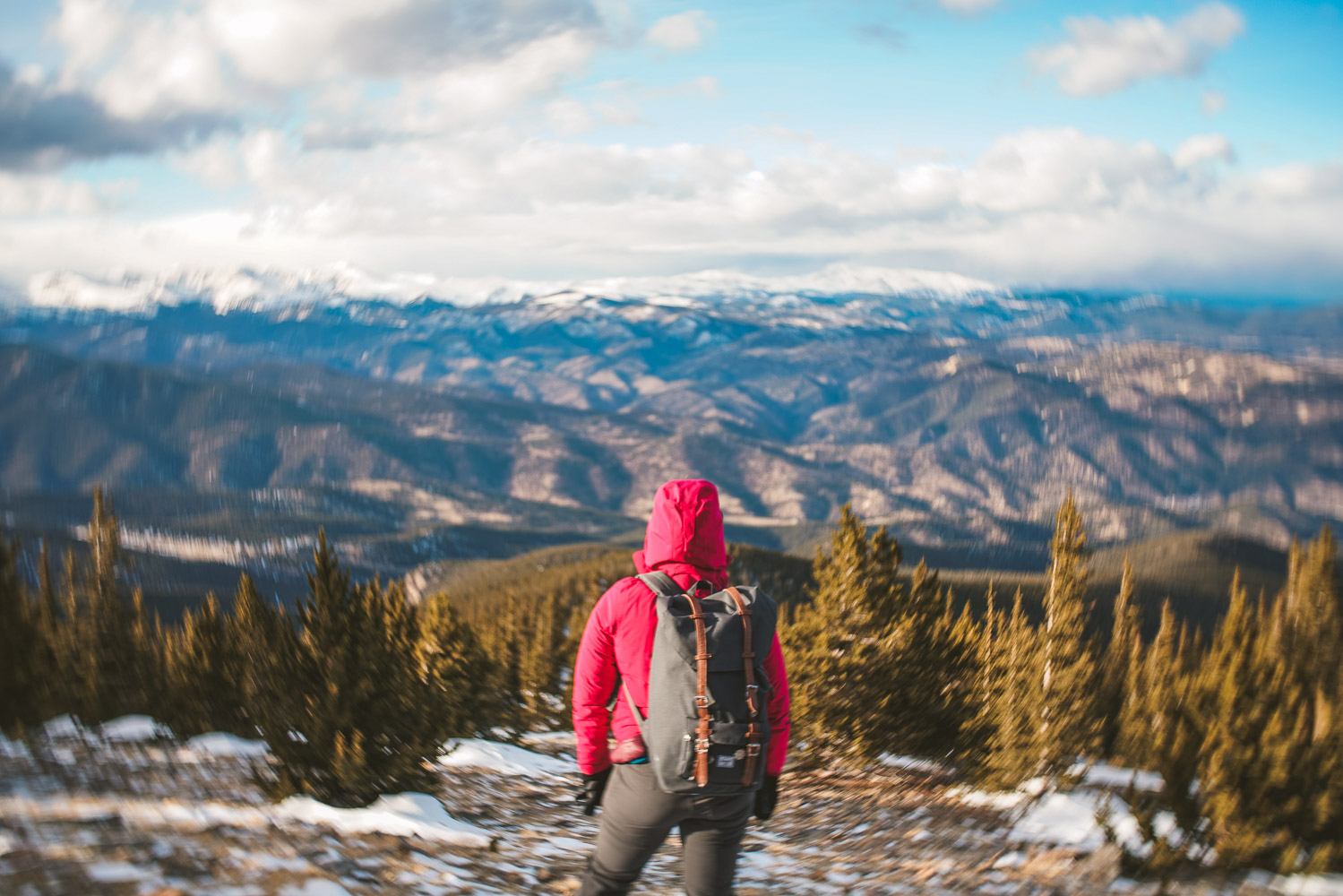 Why I Love It

Holding it in your hand, you feel the weight of it. It’s a solid piece of equipment. The all-metal build reminds me of my first camera, my Dad’s old 35mm film, another reason I love the lens. It evokes nostalgia just by looking at it. Additionally, when I hold it in my hand, I can tell that it’s well made. All those times growing up I’d hear adults say things like “they don’t make them like they used to”… and it’s true, they don’t. That’s why vintage appeals to me.  A certain quality used to exist in the products that were bought or made. A level of elegance that is hard to find nowadays. Lensbaby is bringing that back. I will forever have an appreciation for manual gear like this. When you have something like the Burnside in your hands, you know it’s real.

Lensbaby has quickly become one of my favorite companies. After using the Velvet 56, and now the Burnside 35, I’ve come to truly appreciate what their products provide… creative control and innovation. Lensbaby allows you to capture real moments, to create real magic, all in real time. 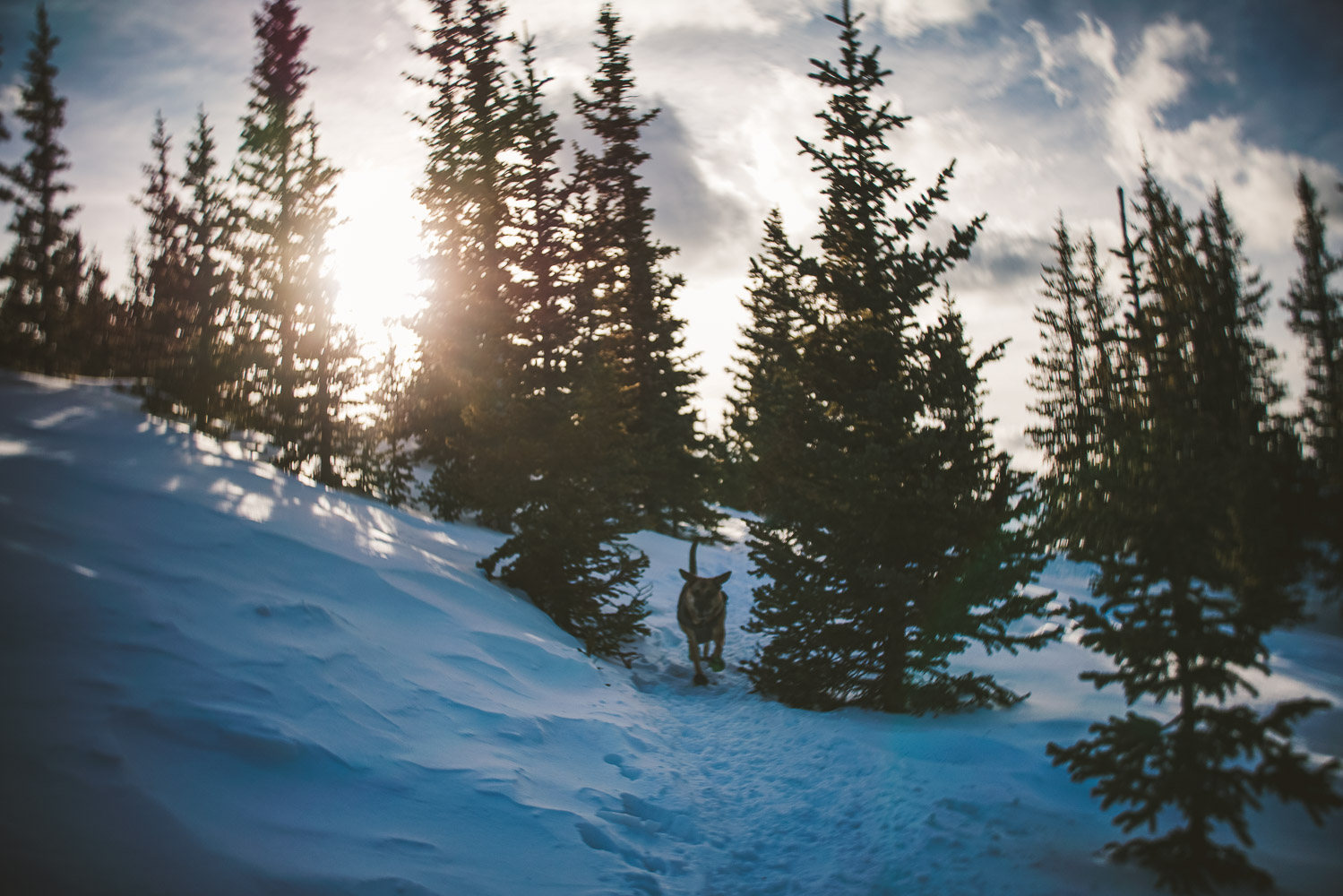 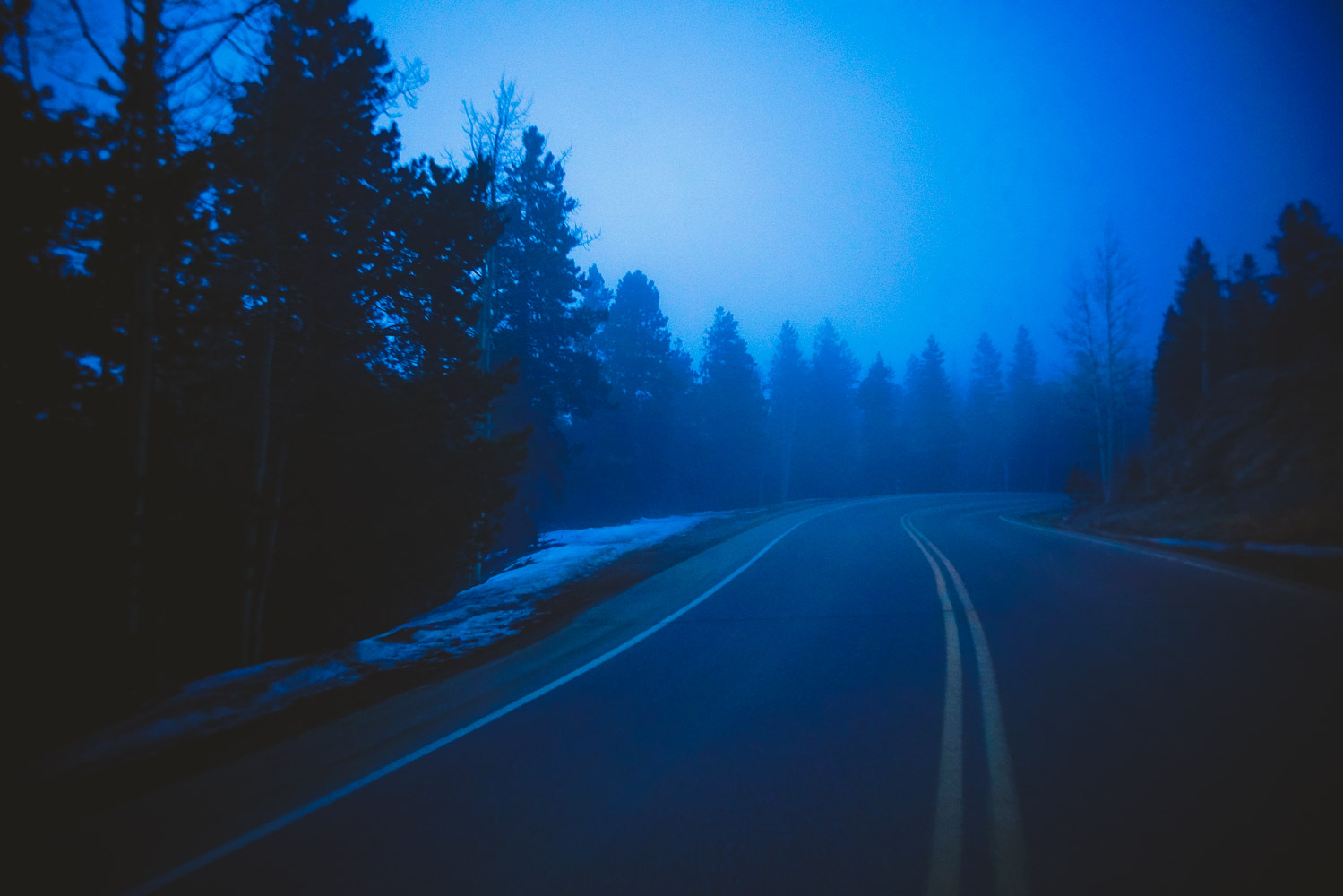