The biannual event drew outdoor businesses of all sizes and outdoor enthusiasts of all stripes to the Beehive State in the winter and summer, showcasing the latest in gear and technology and providing a place for writers, business leaders, and non-profits to engage with each other to help shape the future of outdoor recreation – often in Utah’s exemplary public landscapes. At the most recent Winter OR, though, something was a bit off — and the feeling was put into words by Black Diamond Founder Peter Metcalf, who took a look at the numerous attempts by Utahn state and federal legislators to attack the very public lands that make the state such an attractive place for the outdoor industry and basically asked, ‘hey, why are we supporting these guys?‘:

We are calling on Herbert, Utah’s congressional delegation and other state leaders to drop their efforts to take down Bear Ears National Monument, to gut the Antiquities Act, to transfer our public lands to the states and to gut funding for these monuments, parks and public lands. If they don’t, the Outdoor Retailer shows must leave Utah.

In 2013, the Outdoor Industry Association met with Governor Herbert with similar concerns. Then, the Governor published a plan to preserve Utah’s natural beauty and created an Office of Outdoor Recreation to track and tout the economic benefits of outdoor recreation in the state — the first office of its kind anywhere in the country. But despite finding outdoor recreation adds over $12 billion to Utah’s economy, employs over 122,000 people, creates $856 million in state and local tax revenues and $3.6 billion in wages and salaries, Utah’s gerrymandered state and congressional districts continued to load up on rabidly anti-public land legislation and proposals.

Proposed laws included the “Public Lands Initiative,” which would have allowed increased industrial resource extraction on public lands — even those close to National Parks and Monuments — and a law to exclude Utah from the Antiquities Act, which Presidents can use to create National Monuments without Congress. Utah Representative Jason Chaffetz submitted bills in 2017 that would force the government to “dispose” of 3.3 million acres of public land and forbid the Forest Service and BLM rangers from enforcing laws on land they manage. Chaffetz is, no joke, now preparing to launch an official investigation into a Tweet from Arches National Park welcoming Bear’s Ears National Monument to the family of National Parks and Monuments. Governor Herbert signed Utah state resolutions that called upon the President to repeal Obama’s Antiquities Act designation of Bears’ Ears National Monument — something that is without precedent in the law’s 101-year history — and shrink the 20-year old Grand Staircase-Escalante National Monument — a move that is proving unpopular with the people who actually live near the Monument.

The Outdoor Industry Association was joined by Patagonia, The North Face and REI for a good-faith conference with the Governor, where they basically asked him to knock off the efforts to sell Utah’s beauty to the highest bidder — and that went belly-up real fast. Now, the Outdoor Retailer organizers have announced the Summer 2018 show will be the last at the Salt Palace. Patagonia also built a nifty little web app that will put you directly in contact with Governor Herbert’s office for free, so you can let him know how you feel about public lands.

As Outdoor Retailer is actively looking for new cities, we at Modern Hiker would like to cordially invite them to move the conference to the City of Los Angeles, which is 100% free of ridiculous Utahn legislators. Here are some reasons why 2018 should be the year of O.R. in L.A.

L.A.’s an Outdoor City, Too 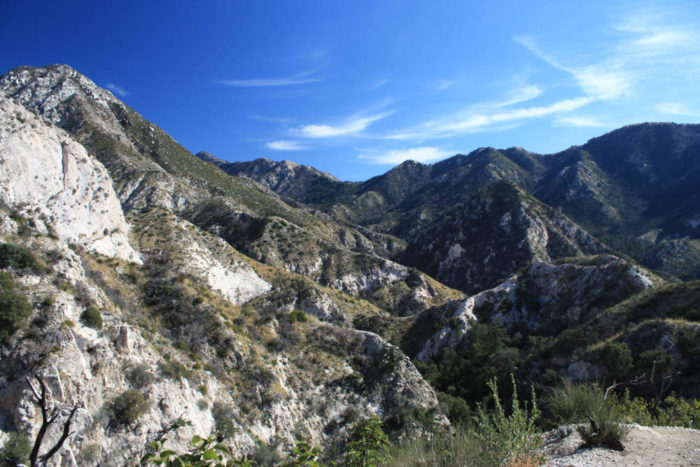 This trail is a 30 minute drive from downtown L.A.

L.A. is home to the country’s largest urban National Park unit, one of the country’s largest city parks, and both a National Forest and National Monument. Visitors can easily add on trips to Channel Islands or Joshua Tree National Parks or even kayak along the coast or right in the Los Angeles River if they wanted. What better way to show the outdoor industry that L.A.’s an outdoor destination by showing off all our natural beauty?

Also, as a major city, not only does L.A. have one of the biggest outdoor recreation populations in the country — but we also have one of the most diverse outdoor recreation populations. Our state, local, and federal parks have all been developing groundbreaking ways to engage the younger, more diverse populations the rest of the nation will be experiencing in the next 15-20 years — from simple things like having signs in multiple languages to free shuttle busses to our National Recreation Areas from park-poor neighborhoods and innovative mobile visitor centers. Holding Outdoor Retailer here will shine a much-deserved spotlight on those programs and provide great brainstorming opportunities for public land managers and nonprofit groups from all over the country. The rest of the industry is finally getting wise to benefits of diversity in the outdoors — L.A.’s been walking the walk for years already.

California saw 2,468,429.5 acres of land protected as National Monuments under President Obama — more than any other state in the country. The outdoor recreation industry brings in $85 billion to the Golden State, and legislators in Sacramento have just moved a $3 billion bond for parks out of committee.

In Southern California, Angelenos voluntarily raised our own taxes to help fund our parks and to expand our public transit system so we can get to trailheads without cars. And, unlike some other states, instead of trying to sell off our public lands or overturning 100-year-old laws that have been used extensively by Presidents of both parties, our legislators are actually trying to expand both our existing National Monuments and Recreation Areas with broad public support. And yes, Republicans are involved in these efforts, too.

#chantryshuttle is packed and ready to go! Shuttle has a video about outdoor ethics and #leavenotrace too! #modernhiker #outdoors #hiking #losangeles #sangabrielmountains #socalhiking #transit #railstotrails

Sure, Washington, Colorado, and Oregon beat us to the punch on this one, but we’ll have caught up to the cool kids by 2018. Let’s be honest — this is the main reason anyone at O.R. is pushing for Denver, anyway.

OK, again, I’ll admit that the Northwest and Colorado have been doing better than us on this one, but we’re definitely getting better! Northern California and San Diego have had great beer scenes for a while, and with brewers like Monkish, Smog City, Craftsman, Beachwood, Ladyface and Eagle Rock, L.A. is definitely not devoid of good beers on tap. Utah has fine breweries, too, but they have super uptight laws about drinking that should have been repealed several decades ago. 3.2% beer? We have that in L.A., too. We call it kombucha. 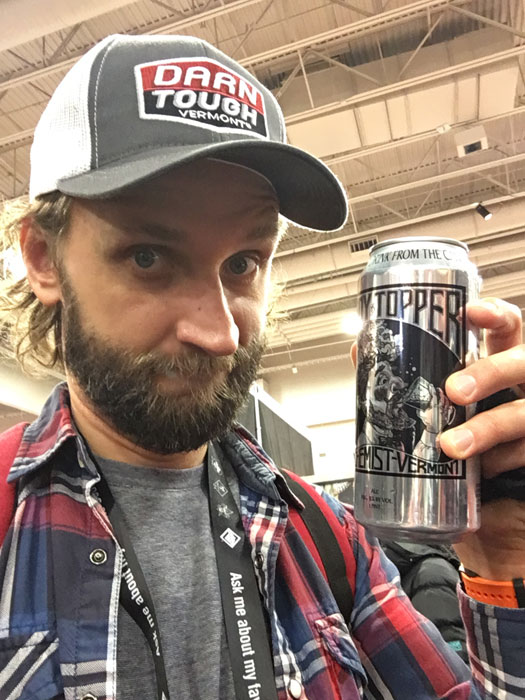 The good folks at Darn Tough had sense enough to import a world-class beer from New England.

With all due respect to the delicious molés at the Red Iguana in Salt Lake City, there’s no contest here.

Because we usually only have pounding rainstorms a handful of days per year, L.A. is one of the few places where you can be outside pretty much all the time. You know that thing you hear about people who claim they can ski in the morning and hit the beach by the afternoon? You can actually do that here. And did I mention that you can then unwind with your intoxicant of choice while also dining on fantastic and super cheap tacos?