With a Billion Day Hikers at the Trailhead, Frontcountry Leave No Trace is More Important Than Ever

The Leave No Trace Center for Outdoor Ethics isn’t a big organization.

About the size of a tech startup before it leaves the garage, “The Center” has managed to proliferate a message that drastically belies its size. From its Subaru-clad Traveling Trainers to its ever-broadening phalanx of Master Educators, there’s nothing to knock about this non-profit’s hustle.

Its origin in backcountry travel and long-time affiliation with the National Outdoor Leadership School have encased the organization in a backcountry stigma, affiliating its mission with only places that require a 40 lb. backpack to reach.

However, the majority of wilderness is explored by day hikers and casual users of trails, parks, and campgrounds.

The ongoing increase in furor over social media’s impact on once-untouched places is rooted largely in the hashtags of those who have never spent a single night under the stars.

The U.S. Forest Service predicts that by 2020, the number of day hikers will surpass one billion. 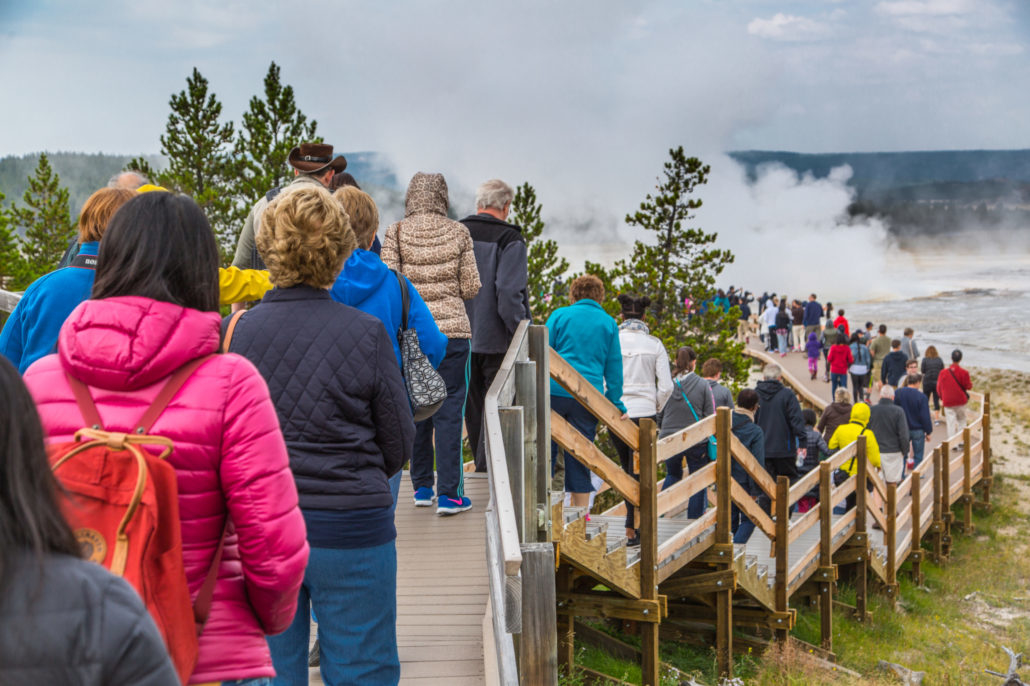 The USFS is also calling for a number of popular trailheads to decrease volume and more actively enforce day hike quotas.

If a mere 1% of those hikers believe it’s okay to leave an orange peel under a tree after a lunch break, that’s 10 million pieces of liter taking roughly six months each to break down. It’s not natural, it’s not food for the animals. It’s trash.

Should we even get into the impact of 10 million people not knowing how to dig a cathole?

The Center is acutely aware of how day use is impacting our favorite places, and has responded by charging Master Educators—it’s highest level of instructor—to increase awareness of its Frontcountry Leave No Trace program.

The LNT Master Educator handbook states that ” … our frontcountry focus is on day hiking and developed-area car camping.”

When you consider how many selfie-ready national park trails and vistas can be accessed from parking lots, suddenly the term “frontcountry” becomes as broad as Yellowstone’s Lamar Valley, encompassing places like Zion’s Angel’s Landing, Indian Garden at the Grand Canyon, Yosemite Falls, and Delicate Arch.

From state parks to expanses of BLM desert and formal recreation areas, our public lands rely on day use to maintain their purpose. There aren’t nearly as many backcountry users.

The Center named Joshua Tree National Park to its list of 2019 Hot Spots, natural areas requiring special attention to preservation because of a rapid onset of overuse.

These highly popular California hiking destinations were also subject to major concern during the recent government shutdown. While thankfully a good portion of the news about damage was hyperbolic, Joshua Tree’s frontcountry suffered significantly.

(As of this writing, expansion of both parks is proposed in a massive public lands bill heading to the Senate after passage in the House.)

Spring is an ideal time for a backpacking trip in Death Valley, the lower 48’s largest national park.

However, below its high, cold peaks and beyond its dark canyons, the annual wildflower bloom is a seasonal draw that puts space for parking and photographers at odds with the park’s ability to maintain the integrity of its natural assets.

Nevertheless, like visits to all national parks, timing is everything. Mid-week itineraries, lodging flexibility, and knowledge of more obscure, less-visited park and wilderness highlights can make all the difference, and overlap perfectly with Frontcountry LNT ethics.

Today’s level of recreational use on federal lands is an all-time conundrum, especially for our country’s best idea.

Our curiosity about wild places will never cease being a good thing; the impact of that interest, however, is what needs to be measured.

And the stick by which we read the result is where The Center’s Frontcountry LNT effort enters the discussion.

The sheer number of people day hiking and camping in established campgrounds gives The Center a substantially larger audience. Frontcountry LNT education, then, can serve as an effective onramp to embracing its backcountry principles.

Remember that distance from the trailhead shouldn’t dictate our degree of concern for what’s under our feet.

Before the asphalt, visitor centers, and pit toilets, it was all wilderness. Accessibility to a cellular network and modern sanitation shouldn’t change that.

Let’s all do a better job keeping the frontcountry in mind.

After all, it’s a big part of our greatest idea.

Craig is a Truckee, CA resident who loves to snowboard, hike, guide, and mountain bike with his wife, Karen, and their slightly neurotic dog, Ranger.