I’d like to congratulate Ventana, Frank, and Rohan – the three winners I’ve selected to win a free copy of The Ultimate Hiker’s Gear Guide, courtesy of National Geographic and Modern Hiker.

There were a lot of great entries and I want to thank everyone who took the time to share their stories with me. Apparently, leaving gear on the top of your car is a bit more common than I’d thought!

In case you missed the stories in the comments, I’ve posted the three winners below (although I’m still waiting to hear back on someone’s address, so if I don’t hear from them by the end of the week I’ll pick a runner-up for the book. 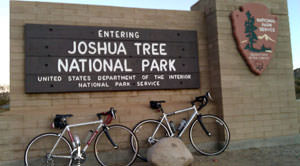 I would have to say my biggest moment of facepalm occurred just last year when I went to Joshua Tree with my new girlfriend. It was our first camping trip together and we had decided to visit in the winter so that we could enjoy the daytime without excessive heat. Well, in the midst of my hurrying to get out the door, I forgot to grab my sleeping bag–which I had left on top of my bed so I wouldn’t leave it behind!

We were traveling from Los Angeles and had left after work, so by the time we arrived in Joshua Tree and set up camp it was already fairly late. After pitching the tent and unpacking our gear I quickly realized my error…and then came the sinking realization that the night’s low would be in the 30s. I informed my girlfriend of my predicament and, well, let’s just say it didn’t exactly create a favorable first impression.

Thankfully I have always kept one of those emergency blankets in my bag in the event of a worst case scenario. That night I put it to the test and was able to avoid a nasty case of hypothermia. I’m happy to say my emergency preparedness somewhat redeemed myself in her eyes; although she now insists on checking my gear before we leave on trips.

Ventana reports that the trip was eventually deemed a success – he and his girlfriend biked throughout the park, despite the bad first gear-impression. And hey, it’s always helpful to have a second pair of eyes checking that gear list before you leave!

Frank wrote in with a tale of post-collegiate multi-state backpacking … and a multitude of forgetful moments, too: 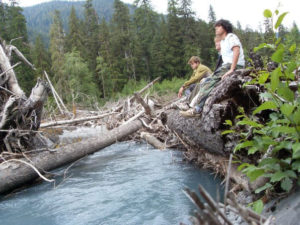 In the Summer of 2010 my two best friends and I had graduated from college. To celebrate, we decided to take a road trip to the major national parks in the West. Our adventure was going to take us from California into Oregon, Washington, Idaho, Montana, Wyoming, Utah, Colorado, Arizona, and finally end in Death Valley. It was an epic adventure that gave me some of the best and most memorable moments of my life. It also tested our resourcefulness…

We were about 2 weeks into our month long trip. The next park on the route was Olympic National Park in Washington. We had spent the last couple of weeks backpacking in Yosemite and Sequoia. So far we’ve covered about 40 miles total on various trails. That coupled with the bleary eyed logic of three 20 something’s on vacation left us much less mentally prepared for the wet Olympic wilderness than we should have been.

Getting to Olympic NP took about a full day longer than we expected. We arrived late on the 1st day and decided to take it easy and car camp. No problems- easy night. The next day we figured we were back in shape to do some real wilderness camping again. So we packed up our tents, sleeping bags and gear- loaded up the car and drove 40 mins to the Hoh River trailhead. We park, hop out and start to load up- except none of my gear is in the car. I feel my heart sink as I realize that I’ve left all my gear on the roof of the car before we drove off. I’m about to enter a real rainforest with nighttime temps dipping down to the 30’s and my jacket, tent, and sleeping bag are scattered somewhere along the narrow winding park roads.

I knew couldn’t spend the night out there with no gear so we had no choice but to turn back and search. So we wind back down the road – this time my eyes glued to the grassy embankments on each side of the road. 5 miles, nothing. 10 miles, nothing. We were nearing our original staring point I was losing hope. Not only would this be a problem once nightfall hit, but I still had 2 weeks of this trip and no gear what so ever. Then I spot something, a mound on the right side of the road, It’s the orange of my tent bag. I’ve never been so relieved. We whip around and I hop out. I’m glad to find everything was there. It was even in a nice neat little pile next to some wildflowers on the side of the road. I picked up my gear and made sure to actually load it INTO the car this time. Success.

We hit the trail head only having lost about an hour and a half of hike time. The hike along the Hoh River into the Rainforest was amazing. Lush, misty and mysterious. We found a suitable campsite on a sandy river bank. We didn’t get to hike in as far as we liked but this site was suitable. The freezing Hoh river flowed along nearby the color of blue Gatorade. As the sun set, the fog in the air turned to mist and the mist turned to rain. I was glad I had my gear! We managed to build a small fire and my buddies took out their dinner for the night. Canned food- hey we’re poor college grads. It had been a long stressful day and I was starving- I couldn’t wait to eat. I reached into my bag to grab the food I brought along for tonight. Ooops, it’s not in there. I smack myself realizing that I never put the food into my bag after I picked it up off the side of the road. My food is locked in the car several miles away. I couldn’t help but laugh. I was hungry, but at least I was warm and dry.

Apparently losing gear from the top of your car is a pretty common experience among Modern Hiker readers – that incident featured in several stories. Keeping a positive outlook is such an important part of the backpacking experience, even if you end up forgetting important things. Of course, it helps if you’re surrounded by a gorgeous rainforest. Frank is heading to the Pacific Crest Trail in a few weeks. I wish him the best of luck and hope this Gear Guide helps him pack a bit better!

Finally, a tale of harrowing tale of local misadventures that could have gone very, very badly. 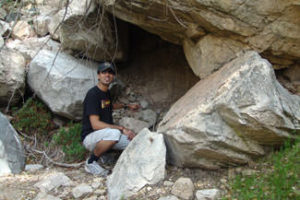 After my midterm exam, I was really eager to go for a hike. None of my friends were interested, so I decided to join the hiking group which I found at MeetUp.com (planning to hike Echo Mountain + Inspiration Point). On the hike day, I reached the trailhead pretty late and missed the group (since, they had to keep going, they didn’t wait). So, being an avid hiker, I started hiking alone from Cobb Estate trail. On a scorching day, I met a Chinese guy named ‘Lee’ (37-y-old small guy), who joined me. He could speak very little English though. He often used to hike till Echo Mountain (not Insp. Point) on weekends. The hike was grueling, and consumed most of my resources (water, bananas and Nutri Bars), since Lee was too hungry I had to share with him.

Since, we had decided to hike till Inspiration point, we followed the Castle Canyon Trail (another 2.5 miles). This was an extremely strenuous hike for us, with the narrowest trails ever. After crossing 1 mile, we realized that we were totally out of water and food. But, I was still willing to reach the summit, furthermore there were no hikers on the trail. With frequent breaks in between, we hiked till a stage where we could see the Inspiration Point pavilion (where you mentioned on the blogpost about getting the motivation back).

The only reason why Lee gave me company till this point was because I was alone and I shared food with him. Lee was dehydrated (he didn’t have a hat, water, and food). So, he waited for me at the point (stayed there in shed), and with full motivation I hiked up-hill, 15-minute was Inspiration Point summit. It was deserted and somewhat scary, since we were trapped. While returning back with accomplished feeling, I found Lee in deep sleep. He was struggling to wake-up and move.

With another break, I gave him the last sip of water and shared the last Nutri bar with him. After another 10-minutes he just fell on his feet, and asked me for another break, while he could sleep. It was a clear case of dehydration, I couldn’t spot other hiker, we could have asked for water (2 of them denied previously).

Suddenly, an idea struck my mind, on our way to the Inspiration point, I found a very small waterfall (slow water flow from rocks). Obviously, it was not ready for drinking, that small waterfall was another 15 minutes down-hike, I went alone frantically in search of that flow of water . I took some rest near a cave like structure, and spotted some egg shells nearby. I climbed around the cave trees and found 2 eggs of a bird. Kinda relieved, I grabbed them and also filled my plastic bottle with that slow water pouring from rocks ahead.

Again, I hiked up-hill and found Lee in sleep (somewhat unconscious). Woke him up, and sprinkled some water on his head. He just ate those raw eggs (kinda disgusting). Since, the water was not clean. I lit a small fire from dry firewood and my newly bought Gerber’s Ultimate Knife.

I boiled water in Lee’s plastic bottle tactfully, so that the toxins don’t get dissolved. Bingo! Things were much better then. Drinking hot water in 100 degrees was not easy. That might be the most precarious hiking experience I ever had. Although, I was exhausted while hiking down, bit one of the generous hikers from South Africa gave us some Gatorade, which replenished us. Although, I had mentioned every detail (recalling this event which happened 19 days ago), that was the mot terrific adventure I had till date.

Good lessons learned … also, I’d recommend bringing a cell phone with you. On Echo Mountain, you’re probably still going to be able to pick up a bit of reception depending on your carrier. No need to go all Survivorman on us when you can still see Altadena!

Thanks to everyone who entered and congratulations to the winners.