Trailblazer: Gina Bégin
Location: West Kootenay region of B.C., Canada
Trailblazing Role: Founder, Outdoor Women’s Alliance
I’m A Modern Hiker Because: I recognize the gifts the outdoors has given me and I want to share those gifts with others. 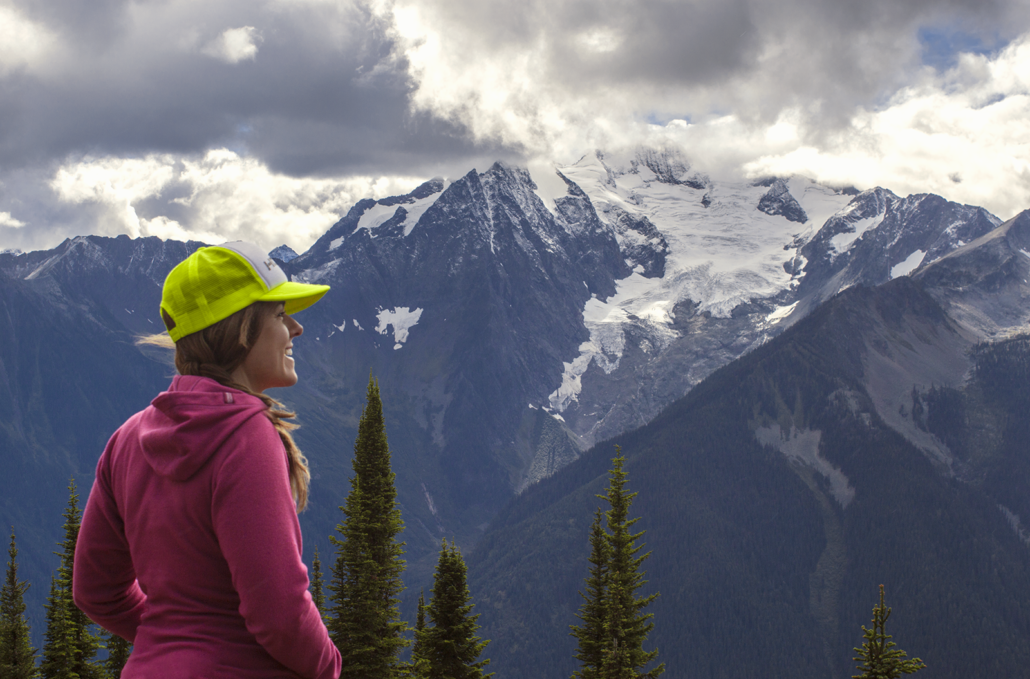 Over the course of the past year or so, media coverage of women in the outdoors has exploded – but perhaps not in a way anyone might have expected.

In a March 2016 piece for Outside Online, AC Shilton documented the sexual harassment experienced by three women who served as river guides for the National Park Service. In August, women’s climbing collective Flash Foxy conducted a survey designed to determine whether gender was a factor in climbing gym experiences; founder Shelma Jun then shared the results on Outside Online, opining that based on survey findings, sexism was very much alive and well in that environment. The commentary that surrounded that piece (and the survey itself) was just as contentious as what followed Georgie Abel’s “5 Ways Men Can Help Fight Sexism In Climbing,” published via Outdoor Research’s Verticulture blog in November.

That’s not the only time Outdoor Research jumped into the fray – in October, they posted a funny and subversive spoof after GQ Style published a pictorial that depicted women sitting idly by in bikini tops and unbuttoned blouses while men climbed in various locations around Joshua Tree. That same month, in a piece for Outside Online, Erin Berger and Molly Mirhashem discussed the joint effort between Getty Images and Women’s Sports Trust to reshape the way female athletes are depicted in media, while simultaneously unearthing the ugly truth that sexism flourishes in sports stock imagery.

Is it a terrible time to be a woman in the outdoors? 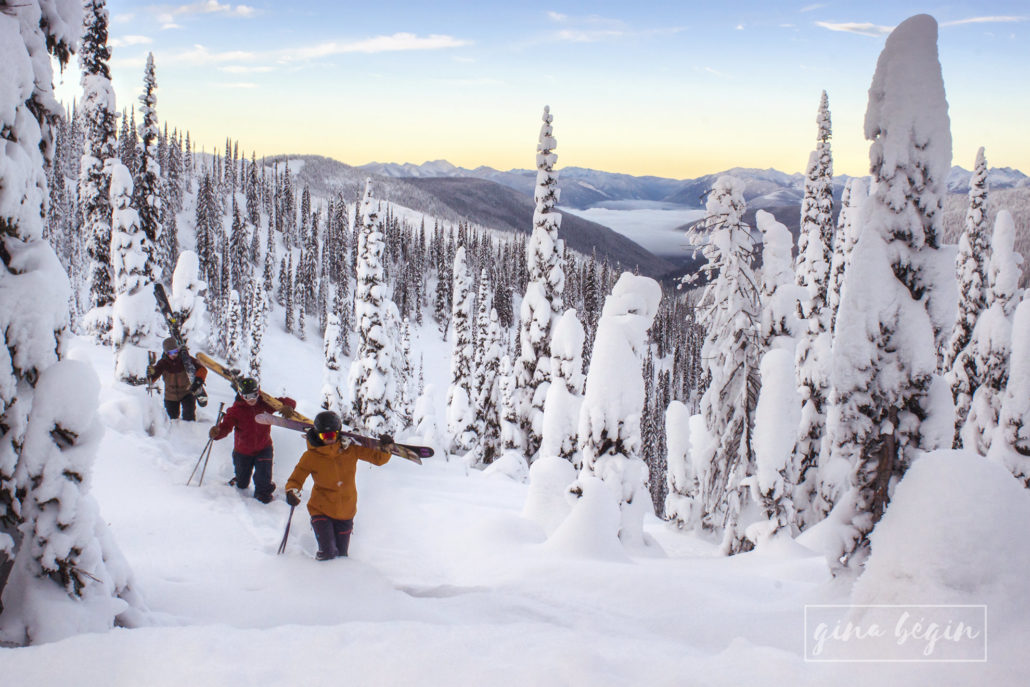 Not at all, especially thanks to the efforts of passionate advocates and leaders like Gina Bégin, writer, photographer, athlete, and founder of the Outdoor Women’s Alliance. Gina doesn’t just believe that women can thrive in the outdoors and in adventure sports, she’s actively working to ensure it happens.

Gina’s own path to the outdoors began in Florida – or, really, when her adventurous family left the state every fall, loading up in a VW camper van to head north and experience the changing seasons in the Blue Ridge and Smoky Mountains. The family’s subsequent relocation to Utah, followed by a stint in Washington, D.C. and a return to Florida, also stoked the fires for an adventurous life. “I think I just got really used to always looking for what we were going to discover around the next turn.”

As disparate as they may seem, experiences in all of those places played a crucial role in steering Gina towards not just a life of outdoor adventure, but also one of leadership. During her time in D.C., Gina discovered hip-hop and dancing, and continued to immerse herself in that culture upon returning to Florida. She recalls, “I was the good kid of my crew,” but others weren’t as lucky – some of her friends were falsely accused of violence and drug use, some became pregnant and dropped out of school, some saw relatives carted off to jail or prison, and several rolled with local gangs. “I didn’t know how to help them,” she says, her voice breaking, “but I knew that I didn’t want to be stuck in a negative situation…so I left and I went back to Utah.” 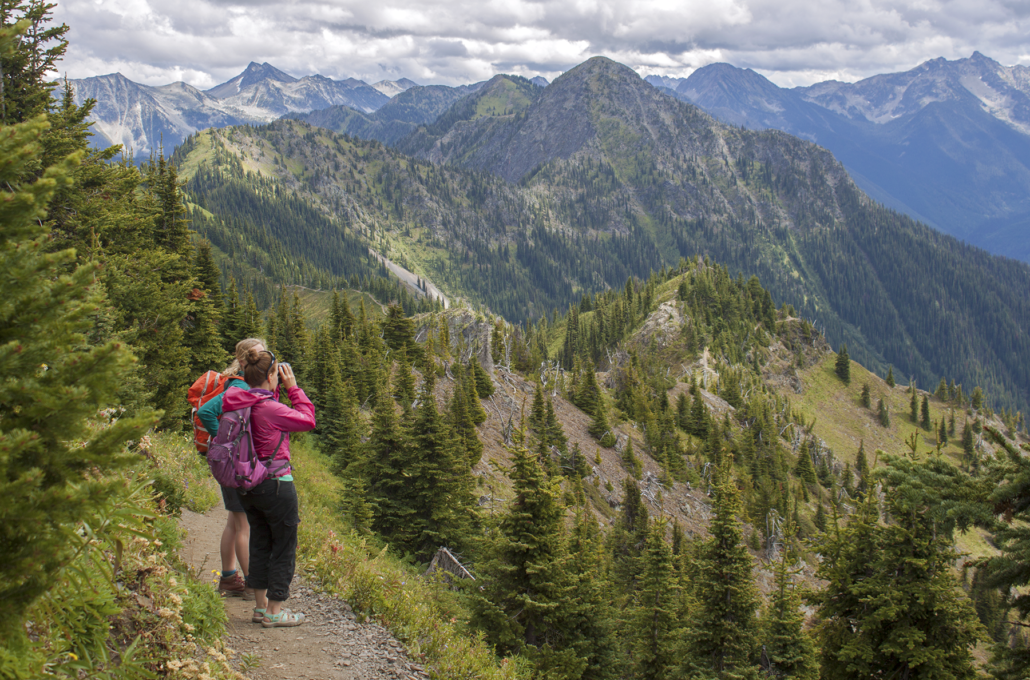 Once back in Salt Lake City, Gina enrolled in college to study outdoor recreation and worked at a ski resort, all the while exploring her own boundaries when it came to sports and adventure. Through that process, a funny thing happened. “I just felt this change come through me…I noticed my confidence raised a lot. I was taking more leadership roles. At school, I would be more confident speaking up. I had a really clear focus on what I wanted to do with my life,” she explains. “I just made that connection that if I had the same opportunities back in Florida, especially in South Florida, where it’s all retirees and nothing to do for young people – and if my friends had those same opportunities – then our worlds would have been completely different.”

Gina was initially inspired to find a way to work with youth in underserved areas, but instead found herself unexpectedly taking on a mentoring role with women she met through the ski resort who wanted to expand their outdoor expertise, but lacked likeminded friends or found that their male partners weren’t natural teachers. She realized that maybe she could make a difference by helping other women connect with one another and find the same confidence in the outdoors that she developed – thus, the groundwork was laid for the Outdoor Women’s Alliance (OWA), a completely volunteer-run nonprofit organization that Gina founded in 2007. 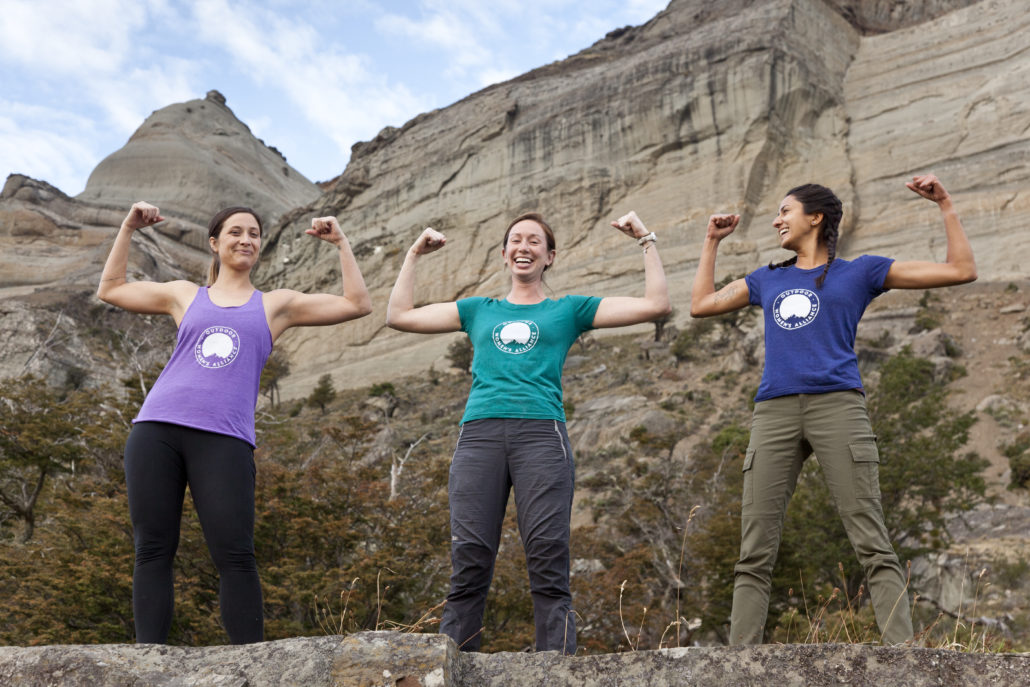 Though it began as a small solo project in Salt Lake City, Gina is now based in the West Kootenay region of British Columbia and OWA is now a much larger effort that includes a vast online presence coupled with organizational hubs and programming in not just B.C. and Salt Lake City, but also Colorado, New England, the Pacific Northwest, and the Southwest. Everything the organization does is geared towards empowering women in outdoor spaces. On an individual level, women can participate in internships, leadership-building initiatives, and mentorship programs. The latter includes an editorial program for both women and girls that provides not just guidance, but also an outlet for writing, photography, and filmmaking. On a community level, volunteers lead Grassroots Teams across the United States and Canada that bring adventurous women together for educational and recreational opportunities.

As Gina argued in a recent piece for Teton Sports’ Adventure Hub, there’s proven research extolling the benefits of creating women-only spaces, whether in the outdoors or otherwise. “I’m learning more and more about the science behind women working together,” she explains. “Both girls and older women do learn better in all-female environments without a single male there. There are conflicting reasons why researchers believe that, but overall, they’re pretty much in agreement that [it] is the case.” While she’s heard plenty of anecdotes over the years, she says, “It’s not just women feeling these things; there are actual studies behind it to say, ‘Yeah, that’s true, we do learn better together in female environments.’” 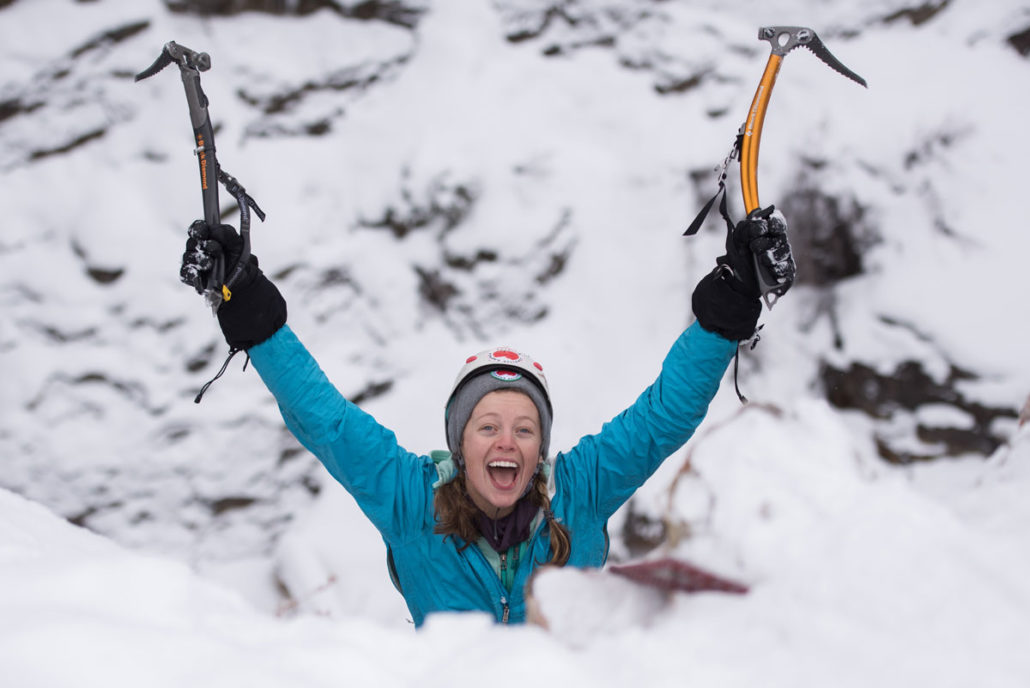 That’s not to say that OWA hasn’t encountered some resistance to their mission, typically in the form of commentary on the organization’s social media channels. “While we love our male supporters – we really love [them] – we will not stand for a man coming in and bashing [us].” It’s slightly more complicated when women jump into the fray to say that they haven’t experienced sexism or discrimination, so they don’t feel there’s a need for women-only spaces in the outdoors. Gina sees this as an opportunity for dialogue. “I take a step back and I think, ‘Okay – how do I help them see that there’s a wider perspective out there, because we’re not just based in the U.S. – we’re worldwide. How do we help her gently see that while her perspective is valid, there are also other women in other areas that are reaching out for communities like this because they don’t have access?’” She relishes in these kinds of conversations. “A lot of times it ends up being a really positive thing…helping create teaching moments rather than defense moments. That’s when you come to an understanding together.”

While Gina acknowledges that OWA cannot “be all things to all people,” the organization is experiencing a period of exponential growth and potential. Not only does she hope to expand into providing more youth-specific services, but she also wants to be able to grow partnerships with other organizations, meet the needs of women outside of the current Grassroots Team markets, and offer paid employment within the organization. To that end, Gina is hopeful. “How great would it be to be doing something that you love, helping other people, and be able to provide for your family or provide for your dreams? How much would that change women’s lives to have access to something like that?”

The Outdoor Women’s Alliance is currently hosting a fundraiser to support expansion of its programming. The fundraiser ends on March 3, 2017. If you’d like to contribute before then, or learn more about the organization and its mission, visit https://www.generosity.com/sports-fundraising/outdoor-women-in-your-community.