Trailblazers: Elyse Rylander of OUT There Adventures

Trailblazer: Elyse Rylander
Location: Seattle, WA
Trailblazing Role: Executive Director, OUT There Adventures
I am a Modern Hiker because: I want to aid in the creation of the most robust, connected and empowered generation of outdoor enthusiasts. 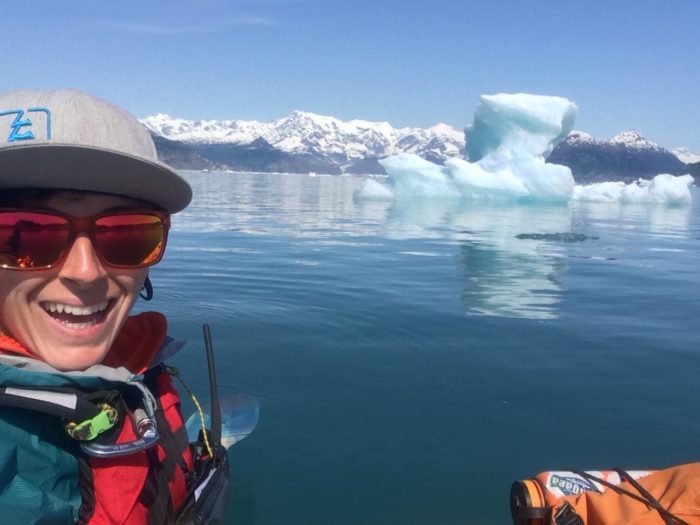 Statistics can seem like nothing more than a jumble of crunched numbers until considered in context, when they become something much more tangible – and sometimes sobering.

Take, for example, the results of the 2015 Youth Risk Behavior Surveillance System survey of U.S. high school students, as detailed by the CDC last August:

Other studies suggest that the numbers for youth who identify as transgender are similar, if not more dire.

Take a moment, if you will, to absorb that weight, then allow a bit of hope to slip through because people like Elyse Rylander are working to make those grim statistics a thing of the past. 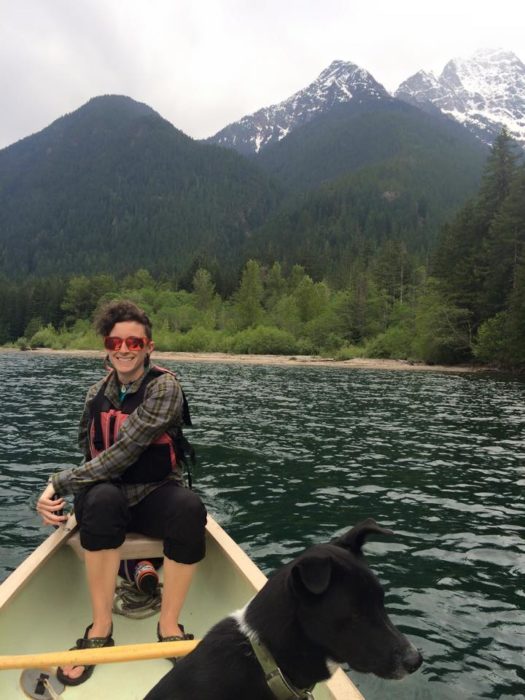 Rylander, founder and Executive Director of OUT There Adventures, believes in the healing power of the outdoors, not only because numerous studies prove the positive benefits of forging a connection with nature, but also because she’s felt it herself. The “lucky” kid of two outdoorsy parents, she spent summers paddling the waterways of northern Wisconsin. “That obviously instilled a deep connection to the out of doors,” she explains. “Now when I reflect back, I think that really laid the foundational framework for me to connect with nature in a way that helps me find balance. From all of those summer experiences, it wound up that my relationship with the northwoods of Wisconsin came to be one that was always what I wanted and what I needed when I was stressed out about whatever was going on.”

Rylander entered the outdoor industry in high school, serving first as a volunteer, then as a paid instructor at Rutabaga Paddlesports, an outfitter in Madison, Wisconsin. While there, she met Mo Kappes, then director of the company’s youth program. Rylander had just come out when she was introduced to Kappes, the first openly gay woman she met in the industry. “She walked into our staff training and I was like, ‘I want to be exactly like her because she’s totally badass and totally confident,’” she recalls. “When I was younger, I was doing that thing that we all do in replicating someone that we look up to, so I was trying to follow the path that Mo had taken in her career. She’d done a lot of outdoor education, wilderness therapy, and guiding, so I was like, “That’s what I want to do, because I want to be as awesome as she is.”

While she carried the torch lit by Kappes and others who became mentors, Rylander ended up carving her own distinct path, in part thanks to a Queer Theory class she took at the University of Wisconsin-Madison. There, she met two graduate students who founded a “queer writing space” in the city, for the simple fact that one hadn’t existed. Rylander had already begun thinking of ways to serve her community after graduation, and now it suddenly felt obvious – other than one-off summer camp experiences, there were no outdoor programs that specifically targeted queer youth. If those two people could fill a gap in service, why couldn’t she?

Rylander began building the framework of what would become OUT There Adventures during her senior capstone project at UW-Madison. From there, she spent time in Alaska as a commercial guide, then moved to Seattle and worked in social services, all the while constantly revisiting this idea of launching a nonprofit. Finally, she took the leap and gathered years’ worth of research and plans, then reached out to the Entrepreneurial Law Clinic at the University of Washington, whose volunteer legal advisers helped her prepare to file for nonprofit status. In fall 2014, she received the green light. 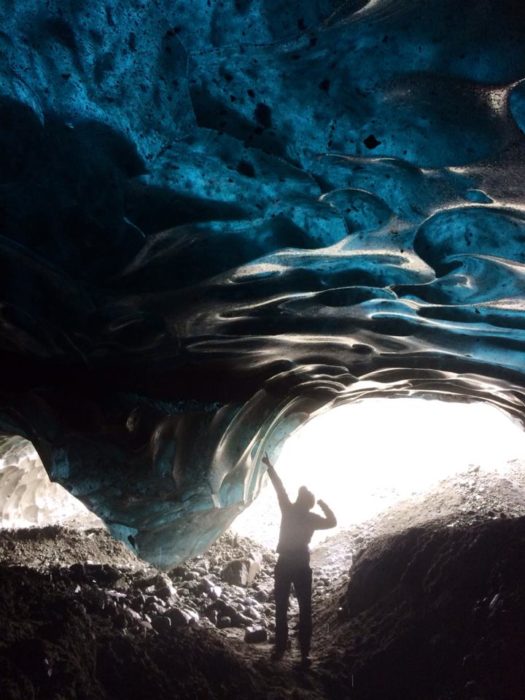 OUT There Adventures launched the following year after a flurry of fundraising efforts, grant writing, and gear acquisitions, with a mission statement of “fostering positive identity development, individual empowerment and improved quality of life for queer young people through professionally facilitated experiential education activities.” The first outing was held in June that year, an 8-day sea kayaking excursion through Washington’s San Juan Islands. In preparation, Rylander engaged in outreach with about 300 kids. Two showed up.

While Rylander jokes that the teenagers she approached could sense her “desperation” to get them into the program, she’s also candid about the real barriers that exist in this space. While many groups that work with marginalized populations lean on family involvement, that can be a difficult sell when working with queer youth. If a participant is under 18 years old, for example, a guardian needs to sign a waiver for overnight programming, but if that child doesn’t have a positive relationship with their parents – or isn’t even out to them – that’s a non-starter. Other barriers are centered around trust, safety, and community. If young people don’t have support at home, but do receive it from friends or other adults, they may be resistant to leave that network and spend a week facing what might be perceived as an extreme risk in the outdoors. In addition, some kids might not frequent the places where Rylander and her crew typically conduct outreach, including support groups and student alliance organizations.

“It has actually been a very similar experience to when I was running a drop-in center for at-risk and homeless youth,” explains Rylander. “Part of my job was to oversee our street outreach program. We’d have to be there, like every Tuesday in the same spot, trying to talk to the same kids for months, and then maybe one or two of them would show up at the drop-in center. It has been kind of a similar experience with our programming; you just consistently have to be there and consistently be offering the same thing, and then eventually we will be able to get over that ridge or jump that hurdle with a particular young person and they’ll be willing to take that leap with us.” 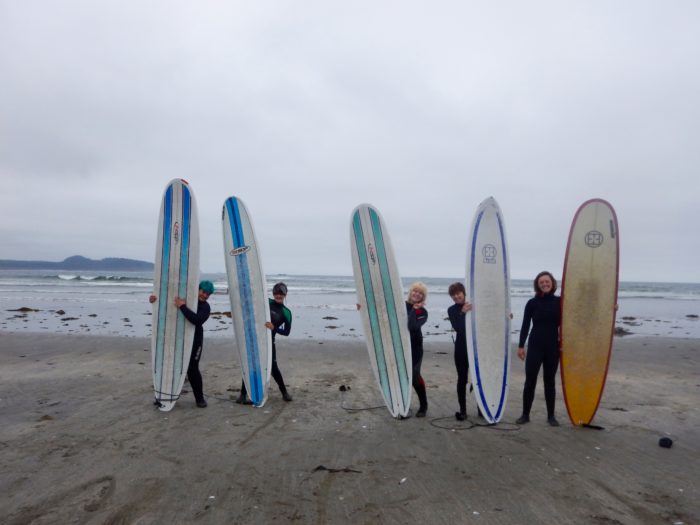 Rylander believes in the work – and her persistence has paid off. Now in its third season, the program has expanded to include almost a dozen day outings, five multi-day trips, and a multi-week conservation corps project. In between, Rylander not only connects with queer youth, but also participates in speaking engagements, fundraising, advocacy work, and education. “I was kind of unsure if that need truly existed, but folks are clamoring for this resource now, three years into it, and I think that that will continue to happen,” she says. “I think that with the cultural shifts around people’s feelings about folks who are gay, and now more recently, folks who are trans – just even being more aware of those communities helps bring to light the fact that the industry is sometimes woefully unable to support those folks in accessing the out of doors. I’m happy to be here to help provide guidance on how to do that.”

While securing funding for the organization is a constant struggle, the outreach aspect has gotten easier, with some participants returning over and over to continue their connection with the outdoors, with other queer kids – and with themselves.

“We have an unofficial saying that ‘Nature is hella queer’ – that came from one of our kiddos,” Rylander laughs. She turns more serious as she references the work of queer / feminist scholar and author Sara Ahmed. “Ahmed talks about the ways in which we are all, as people, sort of put on these paths and it’s very linear. We’re supposed to just kind of hop from one dot to the next that ultimately creates this timeline that winds up being our life. Everything is very straight, and black and white, and easy to digest – and then queer identities come along and they diverge from that linear path. Maybe they go to the left for a little bit, and maybe they zig-zag way over to the right, and then they hopscotch backwards. That’s part of why the queer identity is so jarring, because it’s sort of exploding the notion of boxes and lines. And when we’re in urban spaces, we see those boxes and lines replicated everywhere. The city streets are in grid patterns, the buildings are built on 90-degree angles, so I think it can be sort of hard to see yourself represented in that world if you’re somebody whose existence is sort of exploding those notions of the linear. But when we go outside, it’s physically impossible to travel in a straight line, you know? You’re out on the water and you think you’re going in a straight line – but you’re actually being pushed to and fro by the tidal currents.” 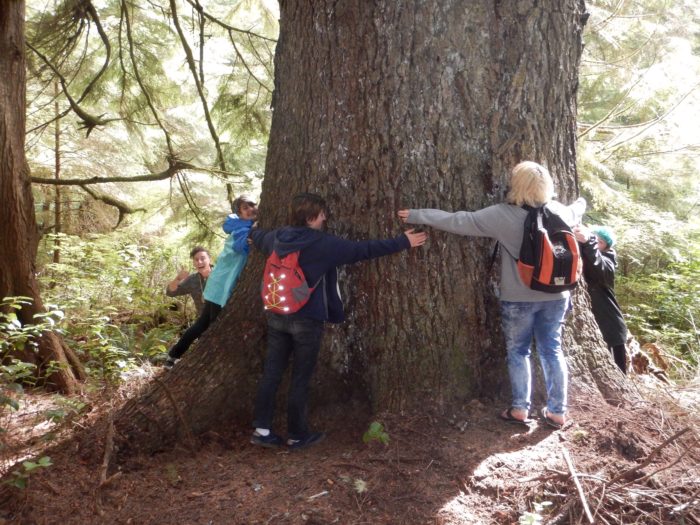 Rylander pauses, then delivers a takeaway that speaks straight to her mission with OUT There Adventures. “We appreciate nature for all of its diversity. If every tree in the woods looked the same, it wouldn’t be as awesome as the woods actually are, because all the trees are totally different, even within the same species. It’s really fantastic to be able to draw attention to all of those things when we’re working with young folks whose identities run counter to what we’re socialized to think is “normal,” to be able to show them that they’re actually, I think, more “normal” than this idea of a prescribed linear path that we’re all supposed to be on because you just don’t see that in the natural world.”

Learn more about OUT There Adventures at outthereadventures.org

all photos courtesy Elyse Rylander / OUT There Adventures