Trailblazer: Daisy Martinez
Location: East L.A.
Trailblazing Role: Founder, Trash Free Earth
I’m A Modern Hiker Because: The outdoors is the only place where I feel like I am capable of anything (like saving our planet) and where I feel free from everything. 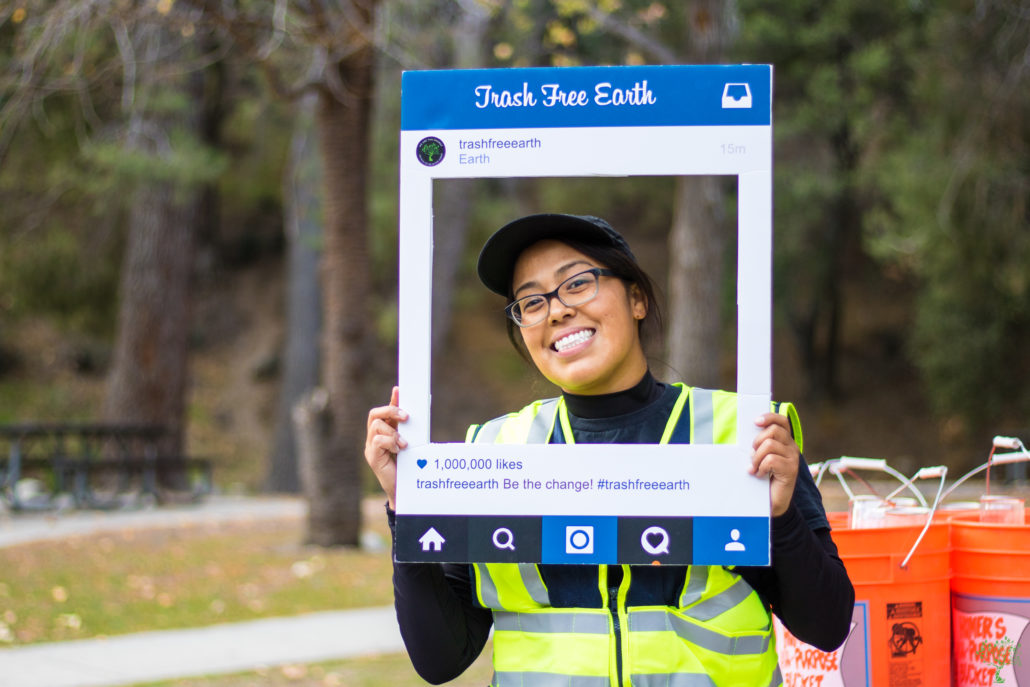 Daisy Martinez is distracted. She drifts off mid-sentence and wanders over to a cluster of bushes, her hand reaching for a small reusable bag as she moves. In one practiced motion, the material is wrapped around her hand and she scoops up a small wad of tissue, which falls cleanly into the bag. The whole exchange takes maybe eight seconds, and happens at least twenty more times as we walk together.

Her instinctive reaction to garbage is no surprise considering Martinez is the President of Trash Free Earth, an environmental nonprofit she founded with the intention of not only reducing litter, but also educating people to help effect long-term, community-based change. Spotting trash, then, is not just a reflex, but also part of her mission, an extension of her lifelong attraction to nature.

“I’ve always liked the outdoors,” she explains. “But I’d never been exposed to it as a kid.” Still, as a teenager she fixated on the idea of climbing Mount Everest. A friend eventually planted a more realistic seed by suggesting she aim for a local peak (Mount Baldy, the highest point in Los Angeles County) instead. She finally made it to that summit in 2015, an experience that not only stoked her curiosity about the mountains, but also opened her up to profound personal change. At the time, Martinez was struggling with mental health issues, and she began to cope in the outdoors through hiking, road running, and trail running. All of this proved therapeutic, offering her a rotating set of challenges and obstacles that led to a feeling of accomplishment and increased self-worth. 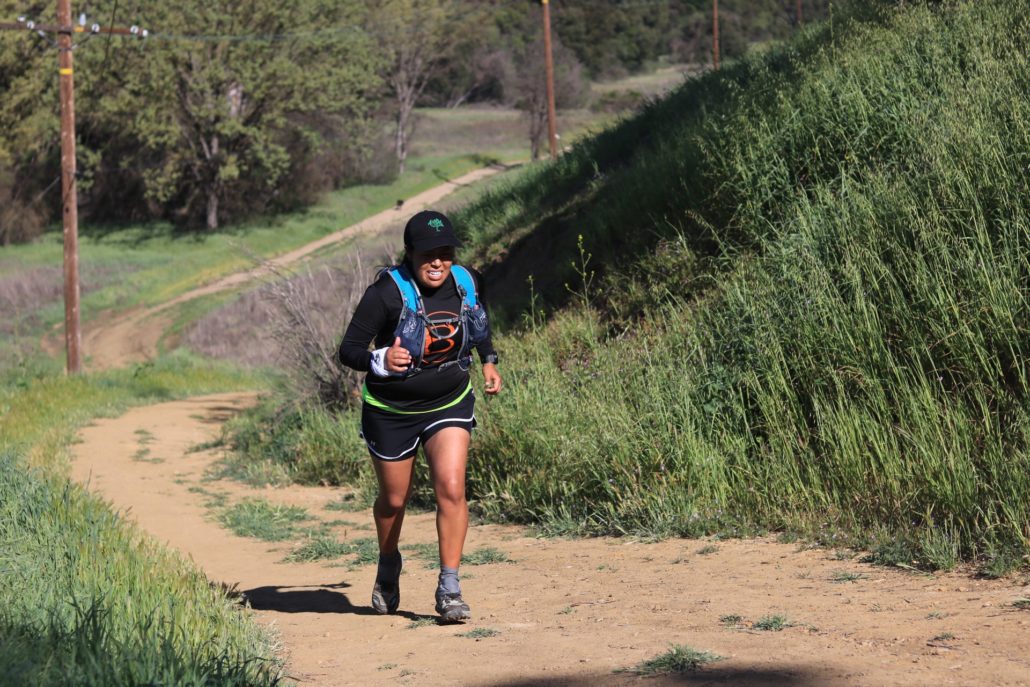 As she built her confidence and outdoor skill set, Martinez decided to attempt a solo hike up San Gorgonio Mountain, at 11,053’, the highest peak in Southern California. She broke into tears upon reaching the summit.

“I left something up there – something happened,” she recalls. “I think it was just this journey with myself…one of the things I’d been struggling with was self-love – being okay with what I’ve done, with who I am.” On the summit, she found catharsis. “What the outdoors has allowed me to do is push my limits and find myself, and really just be okay. There’s no shortcuts, there’s no cheating – when you do something, you have to just own it, because only you, yourself, and your thoughts got you there.”

As her relationship with the outdoors deepened, Martinez continued to run, finding both strength and solace in the practice. By accident, she also found her passion.

“I noticed how littered L.A. was. I knew there was litter, but I didn’t realize how bad it was,” she explains. “But when you’re running, you see it right there.” This new awareness, coupled with her growing interest in the effects of plastic pollution on marine life, came to a head during one fateful run when she noticed a pile of trash scattered around a freeway off-ramp. Instinctively, she invited a few friends and family members to help her clean it up. On May 31, 2015, sixteen people showed up and “Trash Free L.A.” was born. 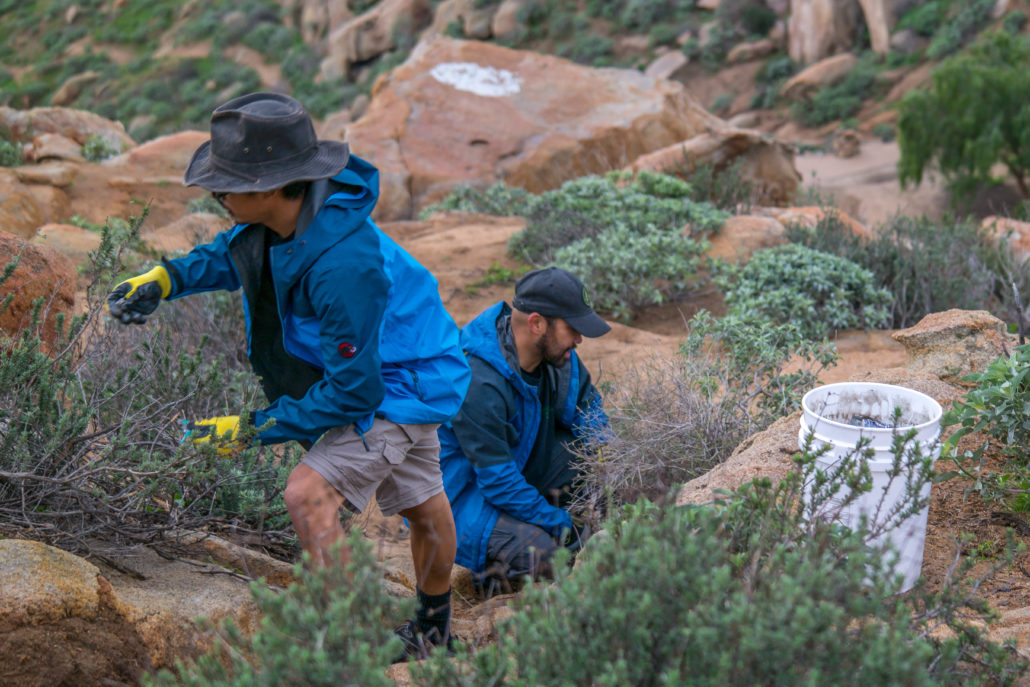 The initial event grew into a monthly one, focusing mostly on urban cleanup. However, as Martinez began spending more time hiking and trail running, the efforts grew to include trails and city parks. The circle of cleanup volunteers also expanded, partially due to the positive effects of social media. Soon, Martinez was overwhelmed by both the interest and by the work itself, and she realized the need to hone in on her mission. While she broadened the organization’s name to Trash Free Earth, in response to the global need for cleanup efforts, she also narrowed its focus (for now, at least). “I love the streets and the parks, but my heart is on the trails,” she says. While efforts have so far been focused mostly in Southern California, the organization co-hosted a cleanup with a local hiking group in Arizona, and hopes to create an ambassador program to help nurture and empower leaders in other communities.

Trash Free Earth’s mission is not just to clean up litter on trails, but also to educate people along the way. “I learned something in life – you can’t change people no matter what you do, no matter how hard you try,” Martinez explains. “So our motto is the famous Ghandi quote, ‘Be the change you wish to see in the world.’ And that’s kind of how we operate as an organization – we believe that every individual can make a difference. We don’t believe in lecturing, telling people what to do. Instead, we’re leading by example.”

Martinez encourages event volunteers to not just clean up trails, but also reduce their own waste on a personal level, and to document their efforts so that other people might be inspired. She also sees the value in having a large group show up to clean up a trail, since it often elicits questions about their activities, along with requests to join future events. Even if nobody says a word, however, she knows that people can still absorb the lesson. “Sometimes you might not notice the difference you’re making, and that’s okay,” she explains. “Just know that when you do the right thing, it’s always the right thing.” 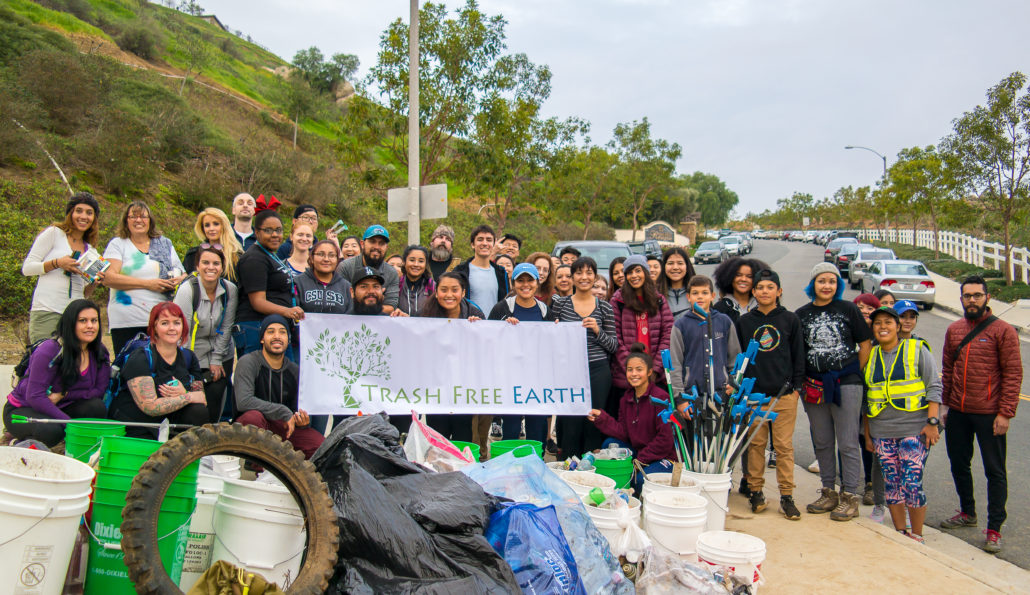 During our short walk through L.A.’s Runyon Canyon, we pass dozens of people – and eventually, dozens of pieces of trash: plastic toothpicks, bottle caps, candy bar wrappers, crushed Styrofoam. Martinez and I are the only ones who seem to acknowledge the litter underfoot. It’s a bit overwhelming to realize that despite our efforts, the garbage would likely return, perhaps even the next day.

Martinez is a bit more optimistic.

“Even if you pick up only one piece of trash, and that’s all you pick up, that’s more than enough, because it’s at least one less piece of trash on the trails. And if everyone does one thing, that’s how greater impact happens.”

She pauses to pick up a bottle cap, then slips it into her bag. 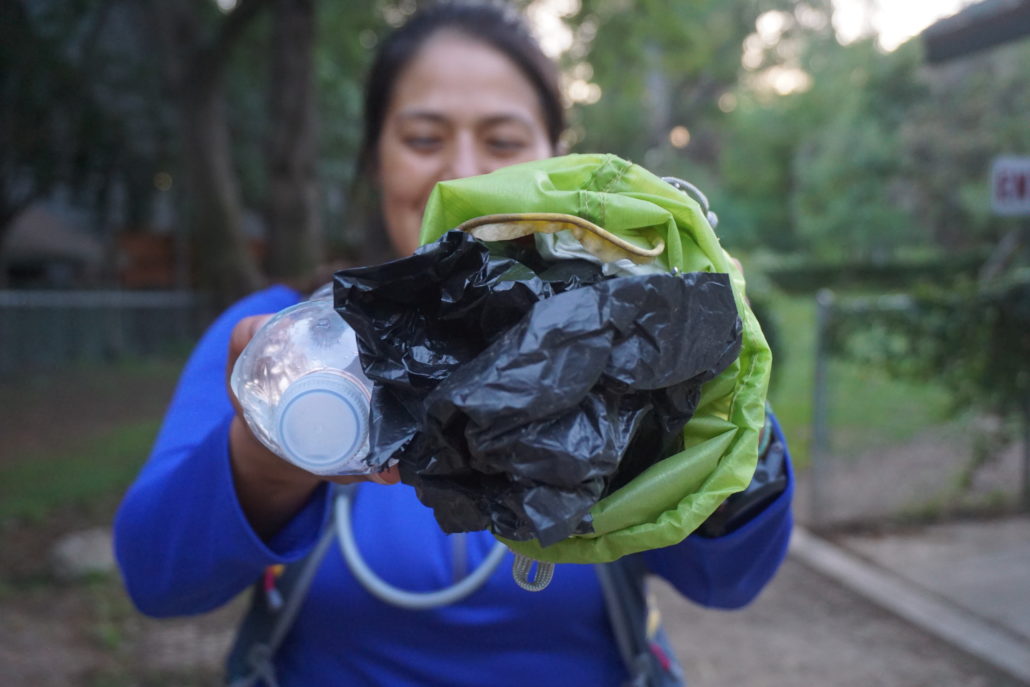 All photos courtesy Trash Free Earth, except the header and final image, by Shawnté Salabert