Staying Found with the WTC: Dirt and Sand

I’ve done a lot of stupid things in the mountains.

There was the time my friend and I surprised a bear, then, ignoring all common sense and hiker-knowledge, turned heel and bolted like two spooked deer. There was the time during a Yosemite backpacking trip that no one in our group considered how we were going to shove our nine hundred pounds of food into our one small bear canister, resulting in our dumping large quantities of excess snacks into a pot of instant pudding, then shoveling it in until our stomachs bulged with discontent (I can’t eat chocolate pudding to this day).

Oh, yes – and the time I crossed a rockslide with an awkward Tarzan move, setting off an additional slide. And the time my friends and I neglected to notice that there was a knee-busting 1245’ descent and thigh-burning 1245’ ascent between one peak and the next. And the time I got kind of gently lost while trekking alone in Joshua Tree National Park.

Listen – before you get the impression that I’m some sort of top-notch outdoorsy moron, let me say that I learned from each one of these – shall we say, “adventures” – and I’ve gone on to tackle longer trails and tag higher peaks while still in possession of all limbs and digits.

But yes, there’s still (ample) room for improvement and this is why I signed up for the Sierra Club’s annual Wilderness Travel Course (WTC), mostly because until recently, I owned maps, I owned a compass, but never the twain did meet. Learning to navigate with these essential tools is a massive part of the WTC – in fact, it’s such a dominating factor that halfway through our ten-week course, I’m fairly sure they should rename the whole thing Navigation For Dummies…And Other Stuff.

But that’s a good thing. While we’ve also covered conditioning, footwear, clothing, gear, climbing grades, and a few handy knots, the point of this whole endeavor is to help people, well, travel in the wilderness and “stay found.” To this end, there is a downright decadent amount of one-on-one attention in the class, both in the weekly small group sessions and during the field trips. 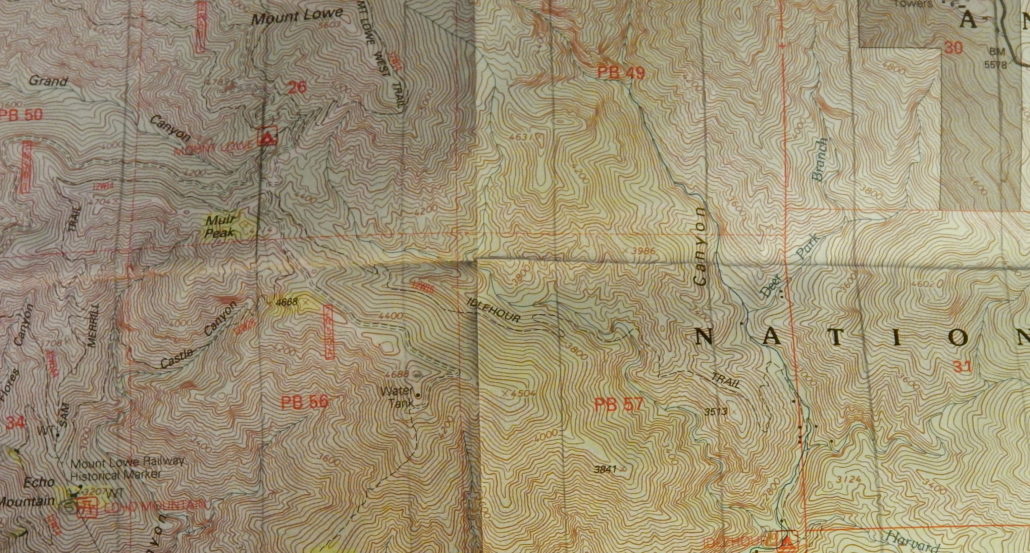 Field trips. My inner twelve-year-old looooves field trips. This is where we put our skills to the test, practicing navigation, rock scrambling, snow travel, and camp craft. Our first trip was a 12-mile jaunt up to Echo Mountain, Inspiration Point, and Muir Peak in the low San Gabriels, and I came away with not just sore knees, but also a better understanding of how to orient my map in the field, how to take my bearings, and how to get my booty back on course if I was to space cadet myself right off the trail. I know the instructors were quietly judging our fitness levels, but they were also teaching us how to apply the classroom talk and book learning into real life situations. 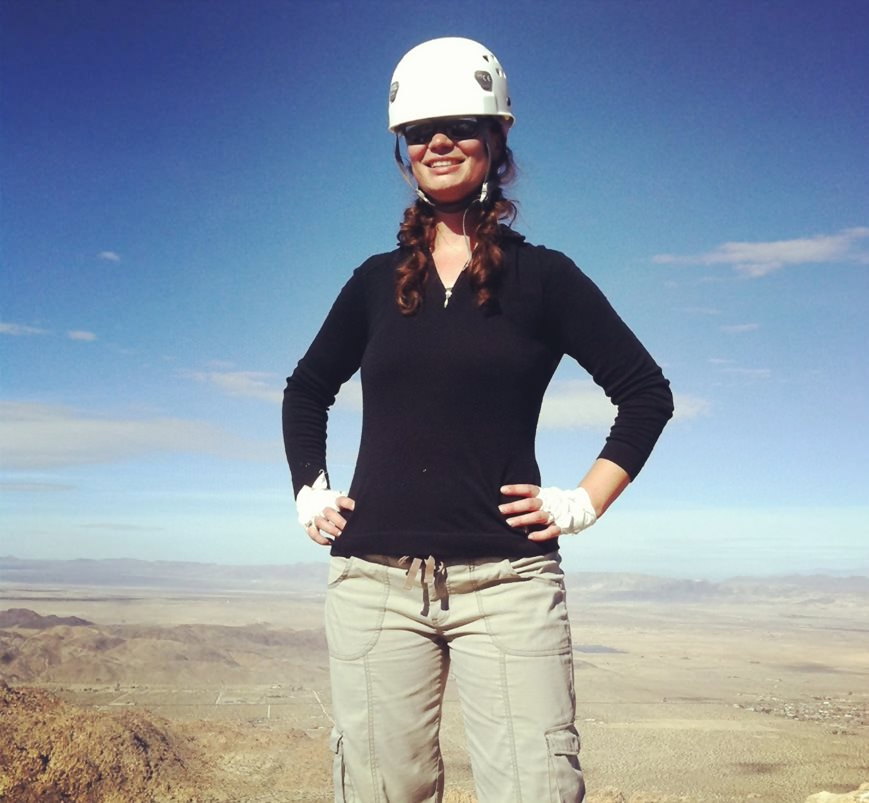 Our second field trip was a magical overnight in Joshua Tree, which began with a review of how to move on rock, followed by a whole lot of actual moving on rock during an insanely fun scramble up boulder-strewn Peak 4377. Post-adventure, the coolers and camp stoves came out for a highly competitive happy hour contest. I’m proud to announce that my team of Type A overachievers – Group Internal 4titude – scored a first-place tie (and some REI gift cards!) for our tasty Italian spread.

While our group certainly grew closer during our climb earlier in the day, depending on one another for high-fives and hands-up, it was at the evening’s campfire that our hippie-hiker lovefest went full force. Over s’mores and songs, choice beverages and snarky commentary, the entire group – students and staff – bonded in that summer camp flashback sort of way, like that one really tender moment towards the end of Meatballs, but without Bill Murray.

Basically, so far, WTC is awesome. If I weren’t so averse to self-flagellation, I would kick myself repeatedly for not taking this course years ago to avoid having wandered hopelessly through endless identical desert washes, whimpering at steaming piles of mountain lion poo. On that note, I’m off to pack for this weekend’s field trip – a full-day of snow skill practice in the Los Padres National Forest, where I look forward to getting lost in the adventure while staying found in the wilderness…