In recent decades, Mount Everest has earned the nickname “World’s Highest Garbage Dump.” Just in the past week The Guardian and Outside both ran stories about human waste reaching hazardous levels for visitors. However, a major international effort called Saving Mount Everest (SME) has begun to erase that reputation. It is a major trash removal operation that brought down over 8 tons of trash in an organized expedition in 2011 and created a culture of sustainable waste management. What’s important about this project is the fact that this program is taking place in one of the harshest environments where manpower and resources are arguably some of the most strained on earth. The final result can be a prototype, and proof, that a successful program can be implemented in an area of the world with extremely high tourism and extremely scarce resources. That’s a big deal. 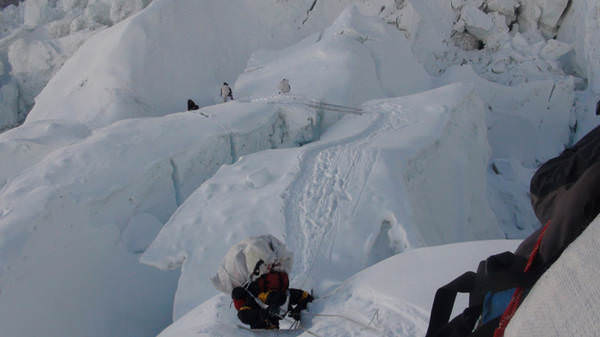 What would you do given the choice between picking up your trash or staying alive? Careful how you answer, because this is the case on the tallest mountain on earth. At 29,029 ft. (8,848 m.) Mt. Everest’s slopes are host to one of the harshest environments known to man. Climbers can expect to climb for up to 9 weeks to establish camps and acclimate.  At least 4 of those weeks are spent repeatedly climbing up and down the mountain with a 30 lb. pack  and the final push to the summit can take a week. Then, there’s another 6 days to get back. At this elevation, the human body is starved of oxygen and constantly extremely cold. As a result, climbers cannot sleep or digest food; and that’s on the rare occasion that they have an appetite. The fact is, the longer you stay on the mountain, the weaker you get.

It is no surprise that climbers toss their trash; any relief to the weight they carry can mean the difference between life and death. By the time they are ready for the final push, they have lost weight and overcome significant physical efforts without adequate rest; they are a shadow of their former selves. This effort is not a sprint, it is a marathon, and the athletes you see approaching the finish line have exhausted themselves to the extent of their physical ability — and then they have the return trip. Here, although certainly stigmatized, leaving trash behind does not take precedence over human life; so it is accepted. 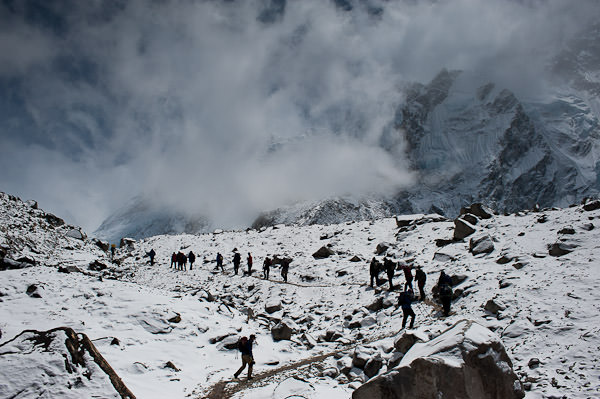 THE PROBLEM WITH A TRASH CULTURE

Leaving trash behind has been a culture on Mt. Everest from the first ascent in 1953, and that adds up to about 200 tons of trash on the slopes today. When Sir Edmund Hillary and Tenzing Norgay reached the summit for the first time, trash was most likely the last thing on their mind, but today the problem is so bad that there are places on the mountain where you can barely see the ground as you walk over it. Anything that gets dropped often freezes to the surface and even organic refuse does not decompose because of the permafrost conditions, including any human waste. Anything that doesn’t stick gets blown or washed down to the few villages below.

Mt. Everest’s trash has become a threat to the local population as well as entire tourism industry. The only way to deliver supplies to some villages nearest the mountain is by foot over technical primitive trails or by airplane – when the weather allows for it. There are no roads. These villages depend on the land and water in the region for survival and the trash on the mountain is polluting both. It is these villagers who staff the businesses that host over 30,000 visitors arriving every year and without them the tourism industry would not be possible. This problem is not just aesthetic or localized, it threatens future of access to the mountain for everyone.

Saving Mount Everest is a big deal, like global big, because a program like it will show that there is hope for the most difficult places to save in the world. Think Amazon, Great Barrier Reef, Gulf of Mexico, etc. Mt. Everest is the perfect location for an eco-experiment of this size: the environment is one of the harshest on earth, the demand of tourism is at a constant high level, the local community is only starting to become environmentally educated, resources are scarce, environmental processes that break down waste are slowed due to elevation and temperature, and many other unique reasons. If Saving Mount Everest is a success, it means that other regions around the world in critical condition have a chance to recover.

So how did it do? We’ll have more on Saving Mount Everest and the incredible challenges they faced in next week’s installment.