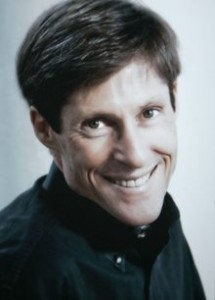 Sad news this week – one of the most influential and inspirational outdoors writers in Southern California, Jerry Schad, passed away early yesterday morning after a battle with kidney cancer at the age of 61.

Schad was a popular astronomy, physics, and physical science professor at San Diego City College and San Diego Mesa College as well as a prodigious outdoor photographer, but is best known for his weekly outdoor column in the San Diego Reader and several local hiking guides.

When I first decided to start hiking in Los Angeles, two of the best books on local trails were Afoot and Afield in Los Angeles County and 101 Hikes in Southern California – both written by Schad. The writing was detailed, clear and concise, and strongly displayed Schad’s love of the outdoors. Needless to say, it had a tremendous impact on me both as a hiker and a writer.

A memorial celebration in Schad’s honor will be held on Sunday October 9th at 4PM at the El Cortez Hotel in downtown San Diego. Trail 43 in the city’s Balboa Park has also been renamed the Jerry Schad Memorial Trail. Donations in his memory can be sent to Friends of Balboa Park, 2125 Park Blvd. San Diego, CA 92101.