Review: Wild LA – Explore the Amazing Nature in and Around Los Angeles

It’s no secret that to the public at large, Los Angeles has a strong image and reputation, and it generally isn’t a very positive one: traffic choked-freeways, smog-filed skies, paved-over paradises … you get the idea.

Thankfully, over the past several years, I’ve noticed something exciting happening in L.A. – instead of just being defined by easy jokes and hot takes created by folks who tend to not really dig the city, people who actually like Los Angeles are starting to share their stories.

The Natural History Museum of Los Angeles County is one of those voices. Back in 2013 they redesigned their North Lawn entrance to include a stunning garden of California native plants as well as highlighting the city’s unique urban-wilderness interface experience in a new Nature Lab exhibit. Now, the Museum is putting this innovative and inspiring take on urban nature into the excellent new book “Wild LA,” and I’m happy and excited to review it. 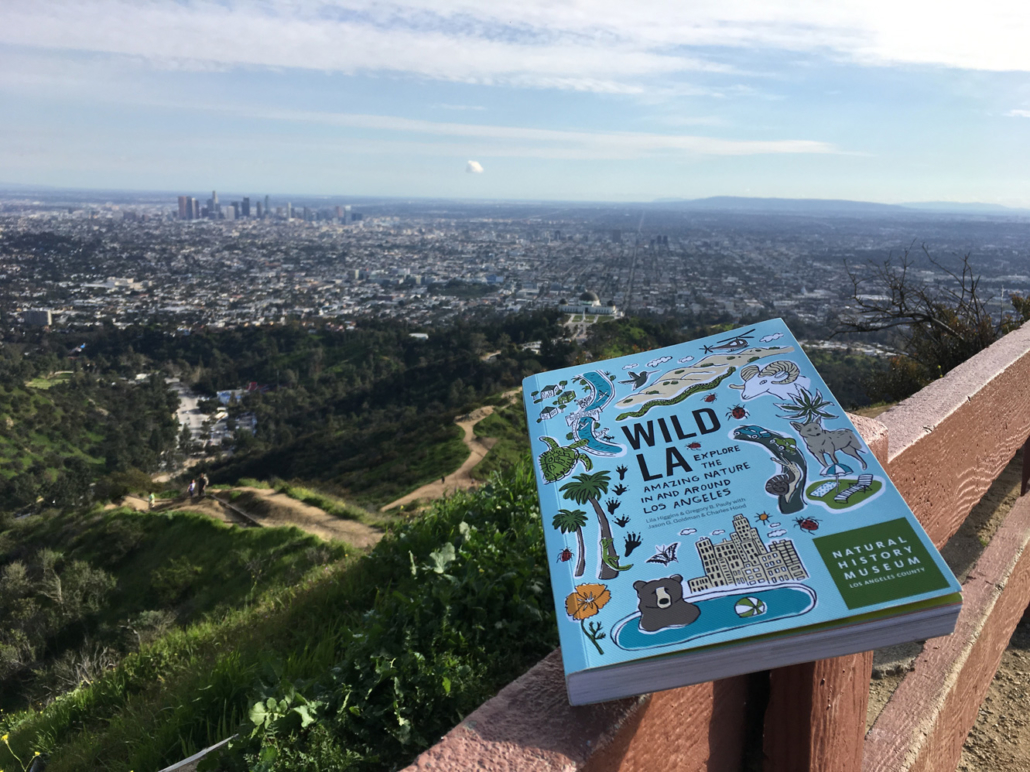 In this beautiful full-color book, the authors take the reader through an L.A. that is often overlooked but hidden in plain sight. “Los Angeles is full of nature,” proclaims the title to an early chapter, as long as we’re willing to notice it – whether it’s fragrant sage scrub plants on the side of a trail, showstopping celebrity animals like P-22, or even the bats that fly near the lights of Dodger Stadium on game nights to munch on insects.

Just like the museum itself, “Wild LA” breaks down old stereotypes and shines a spotlight on the true beauty and wonder that can be found in and around the city in three main sections. The first, “Wild Los Angeles,” talks about the natural history of the Los Angeles region in broad strokes, from its unpredictable rivers to its complicated relationship with fire. You’ll learn about the differences between native and exotic species (and how not every exotic species is an invasive one), how you can find nature literally in your backyard (or on your city block), and how snapping a photo of something you see might end up netting you a co-author credit on an academic research paper. 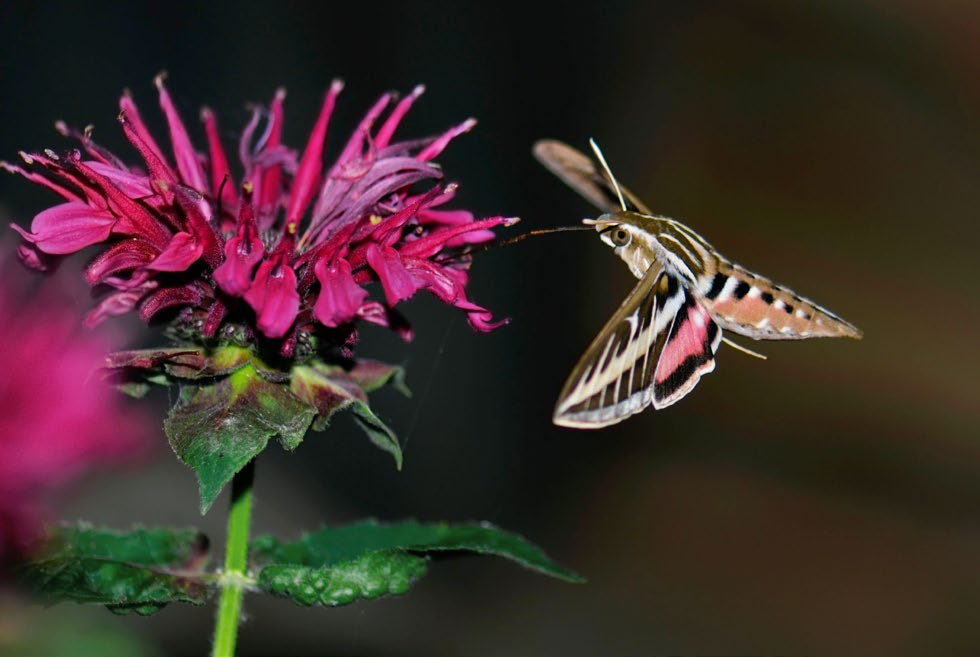 Sphinx Moth and flower – photo by B. LaRue. Used with permission by Timber Press

The second section of the book highlights “101 LA Species to Know,” and is a fantastic introduction for anyone who’s seen something outside and wondered what the heck it was. This section is broken up into Birds, Insects and Spiders, Mammals, Reptiles and Amphibians, Snails and Slugs, Mushrooms, Slime Molds and Lichen, and Plants – so no matter what you’re into, you’re going to find some good info about it here. Each entry features a full-color photo, some fun history, and tips on where you’re likely to run into that particular species in the wild, whether you’re trying to tell the difference between a raven and a crow or a Blue Gum eucalyptus from a Western sycamore. 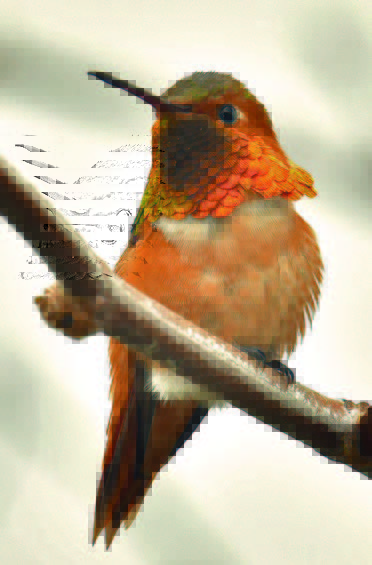 The book closes out with a series of 25 different “Field Trips” throughout several different watershed boundaries in the L.A. area, a very fun concept I haven’t seen in any other natural history book. Each trip is accompanied by a hand-drawn map and short description of what makes this field trip special – whether its geography or a good spot to find certain species at the right times of year. It’s not as detailed as a hiking guidebook – and I certainly wouldn’t recommend going on some of the more intense field trips without a standalone trail / topo map – but they have enough information to help inspire you to get out there and to read the landscape in greater depth than you’d otherwise be able to. The vast majority of the trips are in the mild-moderate difficulty zone and would be very acceptable outings for most families. 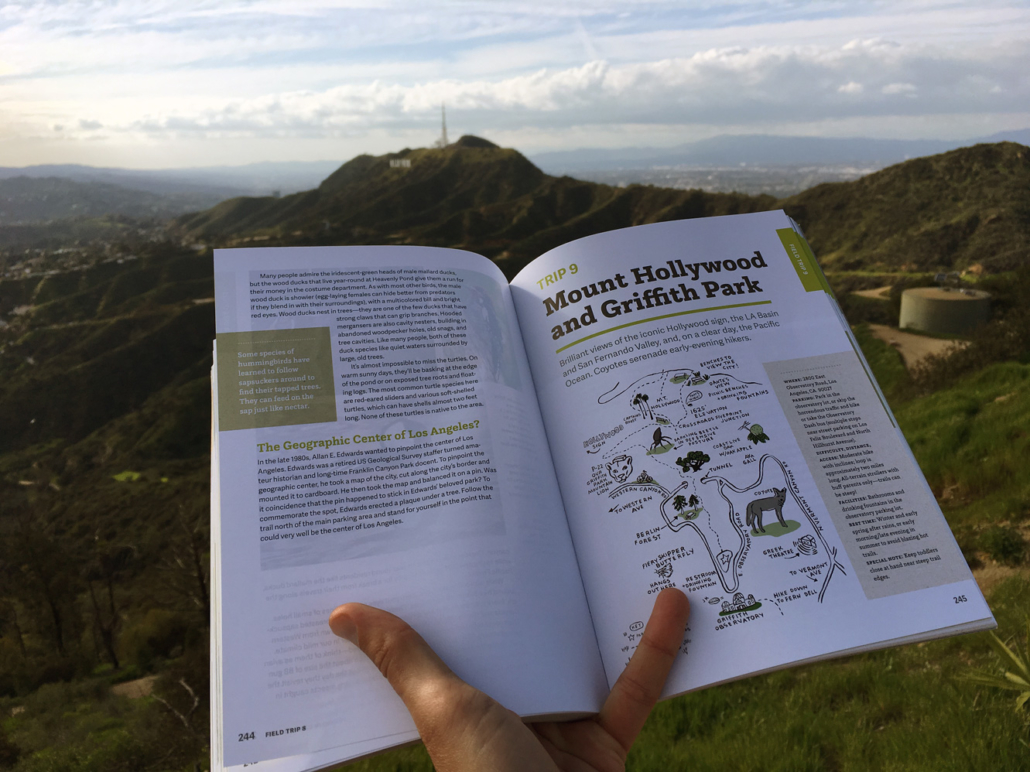 Whether you’re new to nature or an experienced hiker, just visiting or a lifelong Angeleno, I can almost guarantee you’ll learn something new and fascinating about the world around you after thumbing through Wild LA – and you’ll never look at the city the same way again.

Wild LA will be released on March 19th. You can pre-order it now from Amazon. We hope you enjoyed our Wild LA review!