When the team at Summit Terragraphics asked if I wanted to check out their new 3D relief map of Southern California, I was more than happy to oblige. Their maps are high-resolution satellite images overlaid on terrain models generated by NASA topography missions. They are meant to mimic the view you’d have if you were looking down on the earth from 200 miles in space, and when I got my map in the mail recently, I was very, very impressed.

The Southern California map covers an area from the San Rafael Mountains to Mexico, and northeast to the Mojave Desert. Mountain ranges, cities and towns, and prominent peaks are all labeled, and the Pacific Crest Trail is marked with a meandering dotted line.

Of course, the main draw here is the three dimensional view, and it definitely doesn’t disappoint. Mountain ranges rise up from the nearby plains, really giving the viewer a better appreciation for the range and scale of our Southern Californian topography: 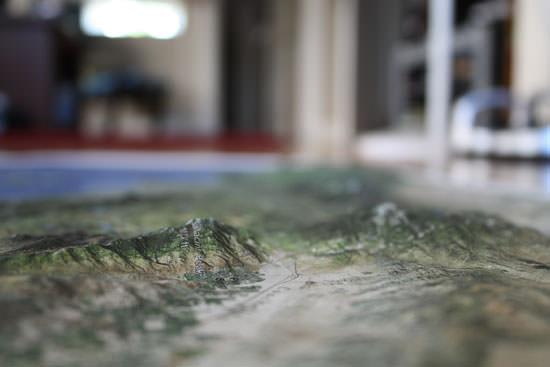 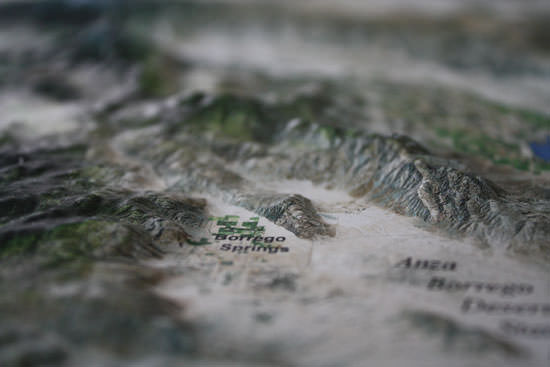 The map is 30 inches wide by 20 inches tall, and can be mounted onto a foamboard backing and framed if you wanted to hang it on a wall. Chances are you won’t want to put glass over it, though – as running your fingers along the San Gabriels and pointing out where you’ve camped and hiked is pretty cool to be able to do. Or, if you’ve got a spare table, you can make your own visitor’s center exhibit, if that’s more your style … 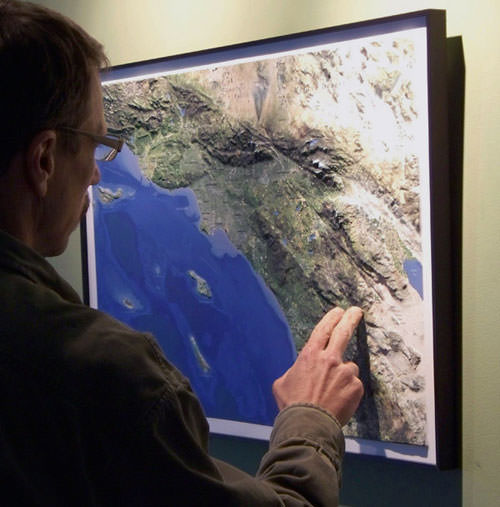 Summit is working on creating more 3D maps of other popular outdoors areas. Right now they’ve got California represented by this SoCal map, a Yosemite map, and a map of the Torrey Pines golf course. They also have maps for the San Juan Islands near Seattle and Shenandoah National Park. They range in price from $30-$60, but the Los Angeles and Yosemite Maps are both $40 unframed.

If you want to get a better grasp on our local geography, pick up a map from their web site or you can snag one from Adventure 16 stores around SoCal.