Proposed Restrictions to Hiking in Anza-Borrego

The California Department of Parks and Recreation (CDPR) recently released a proposal to introduce restrictions for off-trail use in cultural preserves, state natural reserves, natural preserves, and state cultural reserves within state park land. CDPR has created this proposal in order to “better protect sensitive natural and cultural resources” by restricting foot traffic away from trails, roads, or boardwalks.

CDRP defines a cultural preserve as “an internal unit classification within state park units. Cultural preserves consist of distinct non-marine areas of outstanding cultural interest established within the boundaries of other state park system units for the purpose of protecting such features as sites, buildings, or zones which represent significant places or events in the flow of human experience in California.” Natural reserves and preserves function in a similar manner to protect outstanding natural features. Often these reserves exist as their own distinct units, such as Torrey Pines State Reserve and Antelope Valley California Poppy Reserve. 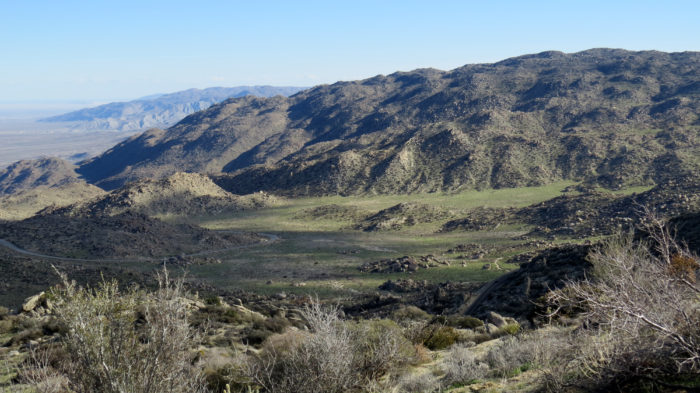 If these restrictions take effect, the restriction will require ABDSP to prohibit all off-trail recreation in the following areas, along with many others: 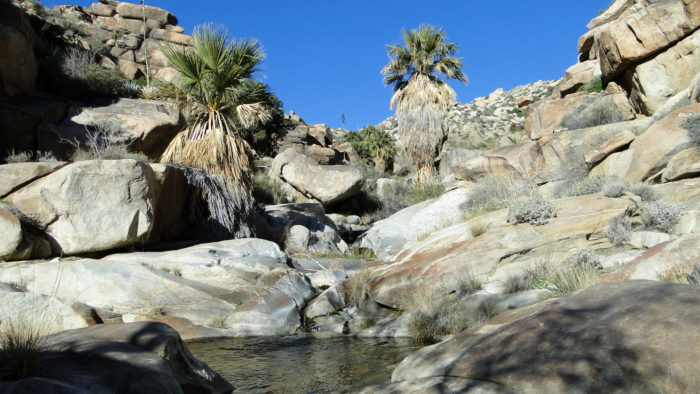 All of these areas have outstanding scenic features that make these destinations some of the best hikes in the area. Given that the vast majority of desert hikers understand how to tread lightly on a sensitive habitat, this restriction effectively punishes a large majority for the sins of a tiny minority.

From what little of the proposal the State Park has made available so far, this cookie-cutter approach will not take into consideration the specific features of a given park, making it a poor fit for a place as unique as Anza-Borrego. This is surprising considering that Anza-Borrego Desert State Park comprises about half of the California State Park system and its recreational uses are different from other state reserves. One might expect the CDPR to have taken that into consideration.

The restriction appears to make a lot more sense for a small reserve like Torrey Pines. For a vast desert wilderness, not so much. However, even using Torrey Pine as an example reveals flaws in the proposed restriction. Torrey Pines already prohibits off-trail fines and imposes a $400 fine for leaving the trail. Does this stop people? Not on my most recent visit when I saw no fewer than 6 people leaving the trail and trampling rare vegetation. 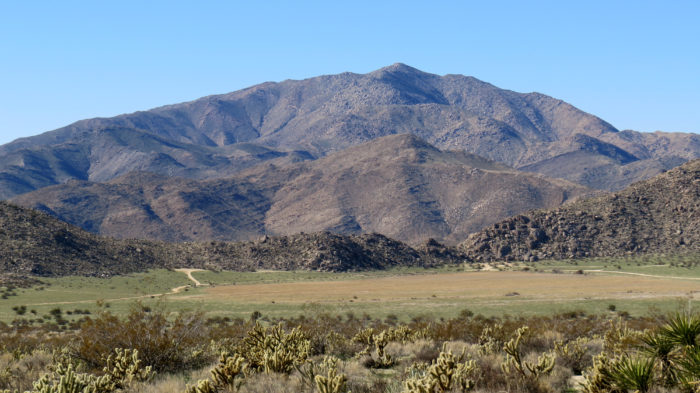 Unlike Torrey Pines, ABDSP encompasses 640,000 acres of land, most of which is wilderness inaccessible to vehicles and without any formal trail network. On average, the park employs 7-8 rangers who also function as peace officers to patrol the entire region. That’s roughly 90,000 acres of park land for every ranger. If rangers struggle to enforce existing restrictions at a place as well-used as Torrey Pines, how do they expect to do so in Anza-Borrego?

The proposed restriction does not introduce any provisions that increase the funding or staffing for existing park policing efforts. Without additional funding and staffing, the CDPR will rely on the existing ranger staff to enforce this new restriction on top of their already staggering workloads. Given the vastness of the park (it’s a bit smaller than Rhode Island), it’s hard to imagine the ranger staff actually being able to enforce this new restriction without it hindering their ability to do the rest of their jobs. 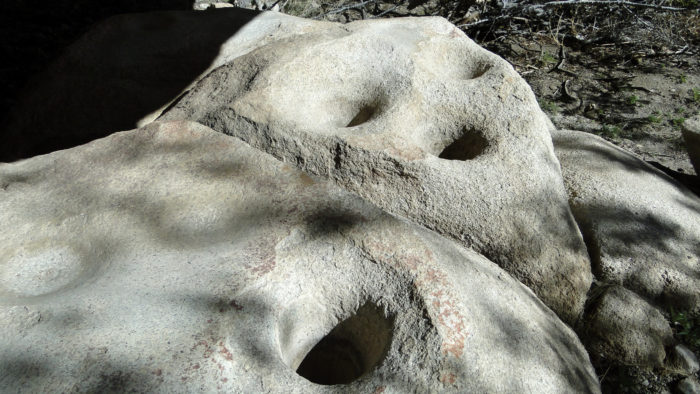 Without the rangers being able to do their jobs, the park will then likely have to turn to volunteers and non-profits to pick up even more slack left by the state’s under-funding. ABDSP’s volunteers do a phenomenal job monitoring sites, but they don’t have the authority or the time to monitor cultural sites.It appears that CDPR’s solution is to just make it all off-limits so that nobody can go there – at least in the imaginary world where the restrictions will actually mean something. The result: public land becomes off-limits to the people who pay for the public land’s maintenance for the sake of an unenforceable restriction.

One might assume, and fairly so, that the best way to protect cultural and natural features is to allow people to become invested in their protection. This happens when people become educated about the park while building personal connections to these places. This is what inspires volunteer work and contributions to the park’s non-profit partner organizations, which now pick up so much of the slack from the state’s tendency to under-fund. What person is going to care about something they can’t connect with? It’s not hard to imagine a future where nobody volunteers to protect Coyote Canyon because nobody knows what’s there. What’s worse, instead of promoting conservation through education and public participation, CDPR has now created the perception that they would rather take the easy route by forbidding access to beloved areas. 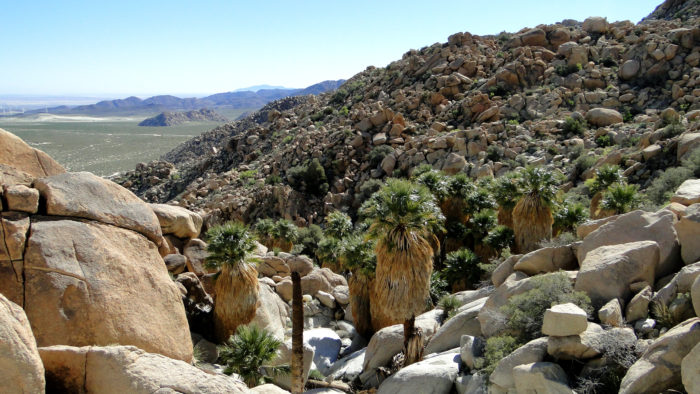 The burden of proof lies on CDPR to prove that this restriction is necessary to the people who use the park and fund it through their taxes and fees.  According to the document announcing the proposed restriction, “the CDPR must determine that no reasonable alternative it considered or that has otherwise been identified and brought to the attention of the agency would be more effective in carrying out the purpose for which the action is proposed or would be as effective and less burdensome to affect private persons than the proposed action or would be more cost-effective to affected private persons and equally effective in implementing the statutory policy or other provision of law.”

In other words, they have to prove that there’s no better way. This proposal raises a lot of questions that it avoids answering: How does the CDPR plan to enforce this in ABDSP without increasing funding and staffing? What proof will CDPR offer to convince us that these restrictions are actually necessary at ABDSP? Why is CDPR looking at closing access to public spaces when they could mitigate future damage to cultural areas through outreach and education? You can theoretically obtain answers to these questions, but you have to reach out to CDPR officials through snail mail. By the time CDPR is able to share their reasons with you, the public comment period will be over. 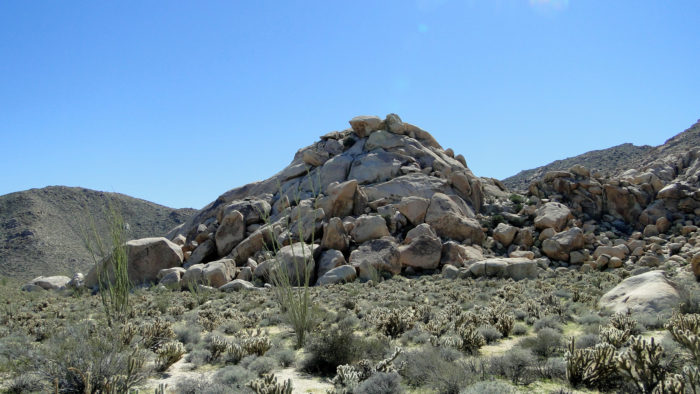 Instead of this cookie-cutter reform that can’t possibly prove effective, we feel that the CDPR should allow ABDSP to set its own rules in a way that makes sense for the park and its users. We plan on attending the June 22nd hearing in San Diego to ensure our objections are heard. We encourage everyone who shares our concerns to participate in the public comment period that ends on June 6th. Call or write to the following individuals and let them know what you think of the proposed restrictions.

Any interested person may submit written comments relevant to the proposed regulatory action to CDPR. Comments may also be submitted by facsimile (FAX) at (916) 324-0301 or by email to [email protected]. The written comment period closes at 5:00 p.m. on June 6, 2016. CDPR will consider only comments received at CDPR offices by that time. Submit comments to:

California Department of Parks and Recreation

California Department of Parks and Recreation