Maybe you’ve seen them – hordes of people walking around in groups, holding their phones up and pointing them at odd places, talking about incense and modules and gyms and a whole bunch of words you don’t understand.

This is Pokemon Go – and it has apparently taken over the entire world.

As someone who falls into the age bracket of “The Oldest Millennial,” I have no connection to Pokemon and no further familiarity than the ones that popped up in Nintendo’s Smash Brothers series (Jigglypuff 4 lyfe), but I fired up the game to see what the fuss was about and used it on a recent hike in Griffith Park. 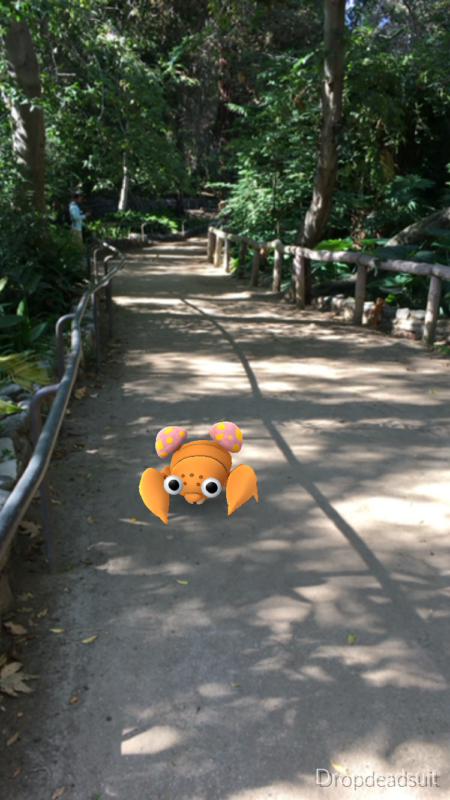 Because Facebook was throttling some of our new trail posts, I just posted a photo of this weird crab-looking thing (a Paras, apparently) hanging out near Fern Dell with the caption “No hiking guidebook ever warned me about these on the trail before.”

Thousands of people saw the image and the responses ranged from gleeful Pokemon trainers sharing their own outdoor captures to harsh critiques of people “missing the point” of being outdoors in the first place and even a sign of the downfall of civilization, which is quite a broad spectrum of reactions for a rather innocuous post and totally not surprising given the state of discourse on social media … but it did get me wondering … can Pokemon Go be a good tool for getting people outside?

Critics of the craze say that even though people playing the game are present in locations, they are not totally present. There are apocryphal stories of Those Darn Millennials wandering into traffic, blocking hallways, and — gasp — not working at the office (usually posted by co-workers on Facebook, naturally). There are also stories of players who have found and rescued lost animals, parents who have reconnected with their children over the game, and even people who have turned a Pokemon hunting session into an afternoon spent with a Daily Show host.

Players are saying it’s helping those with social anxiety reach out and talk to strangers, and even causing a phenomenon called “exercise.”

Small business owners are already starting to use the game as a way to attract customers and even those that aren’t actively using it that way have seen increased foot traffic and sales, and it makes sense that  Our friends at Bikes and Hikes L.A. are offering a Pokemon Bike Rental special to help trainers get a bit more mobile … and earlier this week, National Park Service rangers at the National Mall got involved.

On the National Mall, the Park Service is now planning to offer ranger-led Pokemon hunting tours … where participants will also likely absorb more than a few fun facts about the Mall itself.

Park Service Director Jon Jarvis even got in on the action:

On my hike in Griffith Park, I came upon at least two dozen other people wandering around looking for Pokemon. This is not counting the other dozen or so I encountered walking through Hollywood on the way to the park, nor does it include the few people who weren’t playing in the park but who were definitely talking about playing.

In extremely rare behavior for most Angelenos, these people were not only making their way around neighborhoods not ensconced in an automobile, but they were also talking to people they didn’t know. There is something genuinely fun about running into people on the street who are playing the same silly game you are and being able to strike up a random conversation, even if it just boils down to “I don’t understand how Poke Gyms work.”

And while yes, the experience of hiking while having Pokemon Go running on your cell phone does by nature add another layer of potential distractions, it can also be used as a tool of discovery and learning. On my hike, I was alerted to a small memorial plaque to firefighters that I have probably walked past 30 times and never noticed before, but since it was a Poke Stop I got to learn a bit about it. And now players are posting the photos of the actual wildlife they’re seeing while looking for virtual monsters, and scientists are helping them identify creatures when they use the hashtag #PokeBlitz (a play on the #Bioblitz hashtag and events popularized by apps like iNaturalist).

More locally, rangers in the Santa Monica Mountains National Recreation Area are also excited about the potential of Pokemon Go. Senior Communications Fellow Zach Behrens told me that getting more people outdoors and connecting with the next generation of visitors is a high priority for the Park Service. As long as they can balance the safety aspects of the game, Behrens said bringing new audiences to new landscapes is a big win. They’re holding their first Pokemon Hikes at Marsh Park on Friday, July 15th and at Griffith Park on Saturday, July 16th (where you can also meet La Ranger Troca!).

Unless you’re a very longtime reader or know me personally, you may not know that although I’ve been writing about the outdoors for almost a decade, I was absolutely not an outdoorsy kid growing up. I preferred video games to sports, books and board games to the outdoors, and generally avoided sunlight and fresh air. I was never excited about things like hiking and camping but I also wasn’t really given entrée into that world until I was wandering around Southern California on my own, searching for something to help me stop hating Los Angeles so much. It was looking at maps and driving home on an exceptionally clear day with a view of the San Gabriels that lit the spark for me. What if that spark for someone else is Pokemon Go?

So if, this weekend, you see someone new on your favorite trail wandering around with their phone out looking for digital monsters, consider saying hello and telling them a little bit about the hike you’re doing. Who knows — you might inspire some new hikers. And tell them once they’ve caught their fill (or more likely, run out of battery power), that they can enjoy the hike on its own terms, too. It won’t win them any distance credit for hatching incubating eggs, but it might offer them some even better rewards. 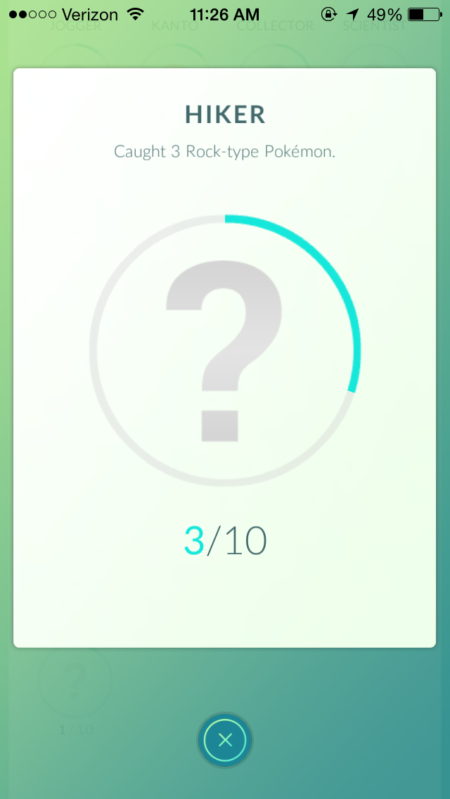